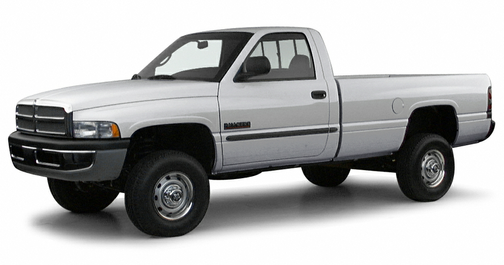 In the 1993 model year, and just about every year before that, the Dodge Ram truck lingered in obscurity.

Only 75,000 Ram pickups were sold in ’93, and 75 percent of those were equipped with diesel engines by owners interested in high mileage for heavy work. If you saw a Ram parked outside a country club, it probably carried a lawn-service sign on the door.

Then Chrysler Corp. gambled by bringing out a redesigned Ram for ’94, with a big, bad, bold 18-wheeler Freightliner-like front end to show that it could handle heavy work. But it was chock full of passenger-car amenities to show that on its off hours it could treat occupants to leisure-time relaxation just like the family sedan.

While Chevy and Ford were “softening” the look to raise the perception that big pickups delivered the same car-like features and ride and handling as sedans, Dodge took a risk that not all consumers would accept a pickup in vanilla coating.

Of course, considering it was selling only 75,000 pickups a year, Dodge had nothing to lose.

The rest, as they say, is history. Sales in the 2000 model year will top 375,000, and only 20 percent will be equipped with diesel engines, the rest with V-8s or V-10s for towing boats or trailers or hauling snowmobiles and cycles to leisure retreats. Work when needed, play when not.

For 2001, the Ram pickup has undergone few changes. You still can get one in 1500, 2500 or 3500 version, two- or four-wheel-drive, gas or diesel engine and regular or extended cab, the latter of which Dodge calls Quad Cab because it comes with four doors, two that swing open conventionally and two rear-access panels that can be opened only after the swing-outs have.

No Crew Cab with four conventional swing-out doors, no Crew Cab with those four doors and a mini bed, no luxury sport-utility vehicle built off a Crew Cab platform, no … you get the picture.

Ford and GM beat Dodge out with a variety of derivatives.

But the reason you don’t see a lot of major changes in terms of styling or features on the 2001 Ram, nor can find it offered in the variety of flavors available at Ford or GM, is that this is the last year before a major design and engineering overhaul scheduled for 2002.

Reportedly the Dodge MAXXcab concept, a four-door Crew Cab with a short cargo box t hat was one of the major hits on this year’s auto-show circuit, hints heavily as to what’s coming with the new Ram design–and door treatment.

All Dodge will say about next year is stay tuned, though one source tipped the automaker’s hand in stating: “I guarantee you that next year, you may or may not see four conventional doors on our truck.”

We tested the 2001 Ram 1500 4×4 Sport regular cab, with the Sport package that added body-colored front and rear bumpers, fog lamps, quad halogen headlamps and 16-inch all-season tires on cast-aluminum wheels, not to mention Sport decals to serve as a reminder to all nearby.

The test vehicle came with Dodge’s 5.2-liter, 230-horsepower V-8 with optional 4-speed automatic (a hefty $975). Sufficient off-the-line power but we hope that redesigned Ram due out for 2002 will be able to turn its nose up at gas pumps.

The 5.2 and automatic is rated at 12 m.p.g. city/16 m.p.g. highway in this 4×4, numbers that made us wonder how long the test drive would have been had gas prices stayed at $2 a gallon. The tank holds 26 gallons; you’ll need every one of them.

We can only hope, too, for a couple other refinements when the all-new model comes out, such as easier access into the cabin.

OK, this is a 4×4 and the body has been raised to allow for the 4×4 ground clearance, but without a step or running board there is no way to enter gracefully–or on the first jump.

The 4×4 activation is with a floor-mounted transfer case, no dial-up or twist-and-forget setting like you find at GM or Ford.

Let’s hope a dial-up 4×4 setting joins the sheet metal changes planned for 2002, like it has on the Dodge Dakota pickup and Dodge Durango sport-utility vehicle.

The test truck came with a towing package ($275) that included outside mirrors with a clever mirror inside a mirror feature like some TVs have a picture within a picture setting.

That little mirror helps see to the side and behind when a boat or trailer is tied in back but is distracting as all get-out when nothing is bolted to the rear bumper.

If you do a lot of towing, there’s a $390 heavy-duty service package that includes heavy-duty alternator, battery and cooling system. Probably a wise choice.

The 4×4 Ram Sport also came with four-wheel anti-lock brakes, but you have to pay $495 or be content with the standard rear-wheel ABS system.

Noteworthy features include perhaps the longest seat bottom cushions we’ve encountered in a pickup, which provides the support you need for long-distance travel. For $1,450 you can get the leather seats, though we’d opt for the standard cloth to stay cool in the summer and warm in the winter and keep from sliding around in turns and corners at any time of the year.

There’s also handy plastic storage bins mounted along the rear floor and cabin wall; dual fold-out-of-the-dash cupholders; a couple of power plugs; a fold-down center armrest that doubles as a storage compartment/work desk with holders for pens, paper, calculators and personal computer; fuel door arrow in the dash noting the opening is on the left; and overhead console with temperature and compass readings, plus eyeglass and garage-door opener holders.

Base price of the truck we tested is $20,435, a reasonable amount for a 4×4 pickup, until you note that the standard equipment list is rather short and includes mostly basic necessities, such as dual front air bags with a passenger cutoff switch when a child seat is used or when the seat is going to be empty (an orange light in the dash signals when you’ve deactivated the bag using the ignition key in the on/off slot); AM/FM stereo with cassette; cupholders; floor mats; cloth headliner; bodyside moldings; and intermittent windshield wipers.

Want the goodies? Reach into the pocket or purse. Air conditioning, power windows/locks, tilt steering and carpets were part of a $3,000 preferred-equipment package.

And while looking ahead, Ward’s Automotive Reports, a trade publication, says DaimlerChrysler is installing new tooling at its Windsor, Ontario, mini-van plant to get ready for production of a new vehicle, a wagon/van hybrid based on the all-wheel-drive Chrysler Citadel concept s hown in 1999 th at’s been code named CS. It would appear for the 2003 model year.

The CS reportedly was to be based on a large-car platform but moved to the mini-van platform and may bow first with AWD and later with 2WD.

Also in 2003, Chrysler may switch to a fold-away third seat in its mini-vans like many of its rivals (Toyota, Honda, Mazda and soon GM), rather than continue with a third seat that has to be removed to increase cargo room.

One of the most reliable and comfortable truck eve

Truck passes all expectation of a vehicle of its size. Rides super smooth and is a perfect truck for all your needs. From work to luxury.

All model years for the Dodge Ram 3500 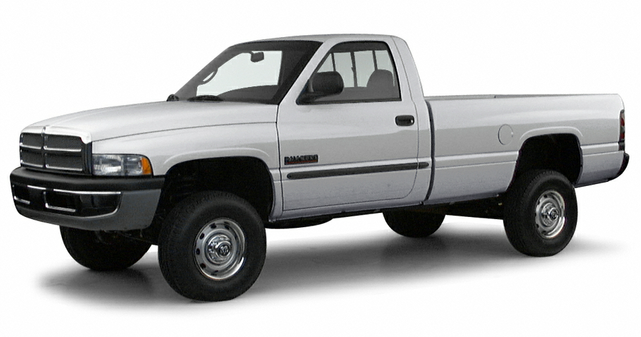 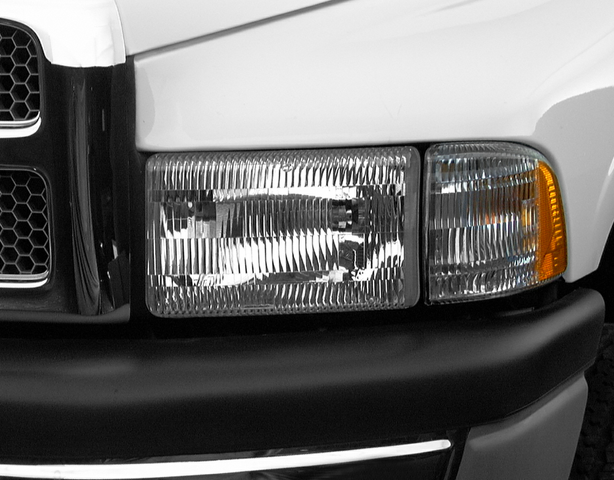 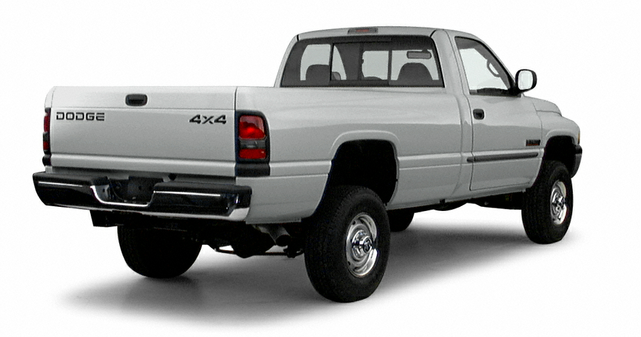 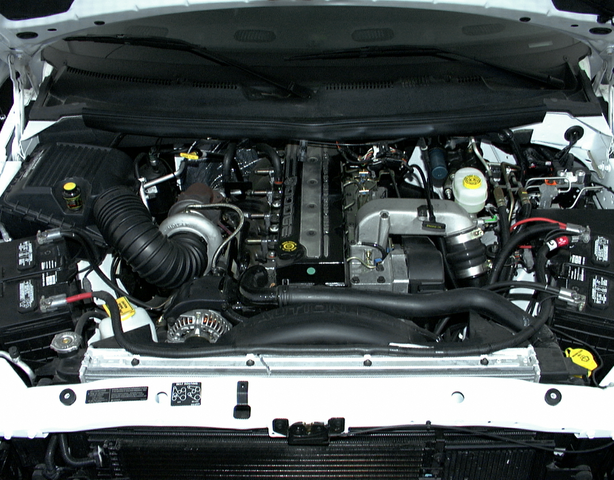 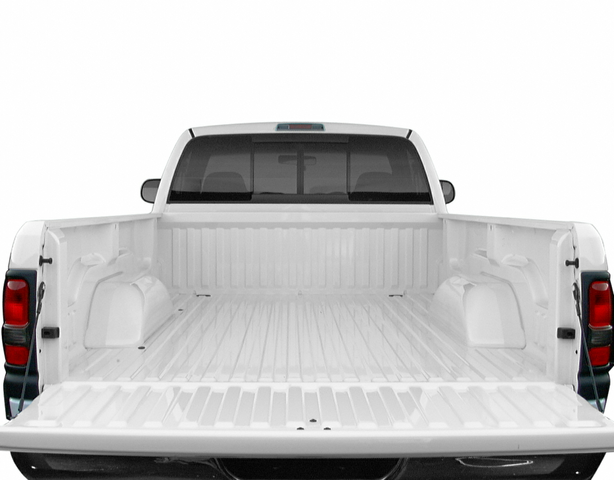 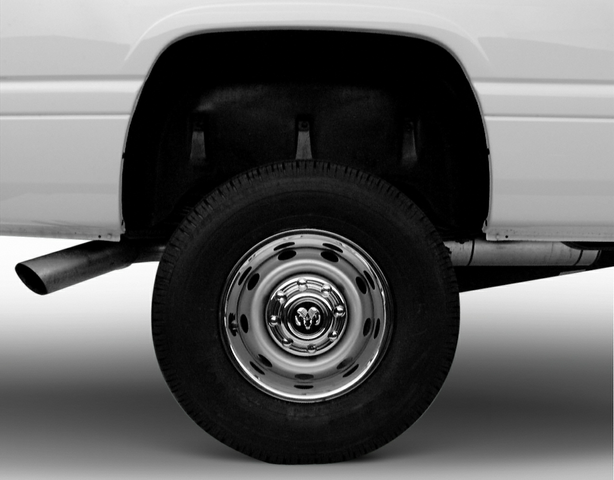 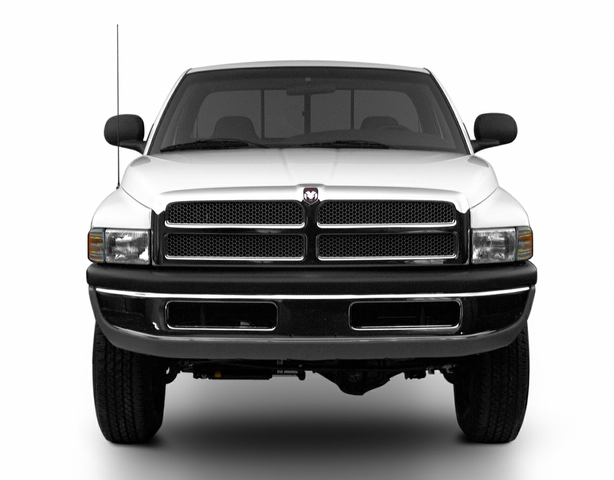 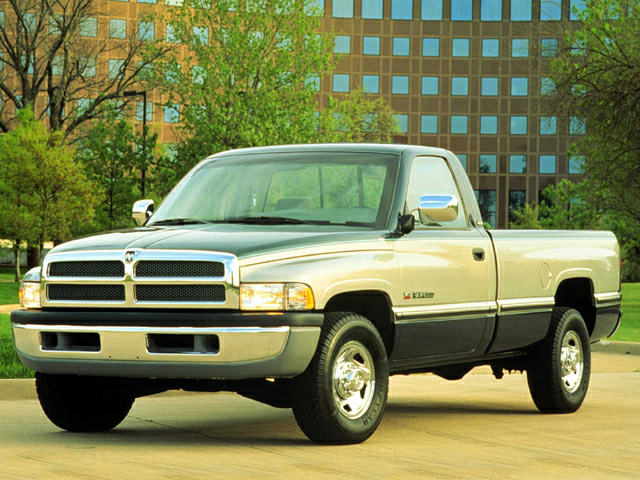 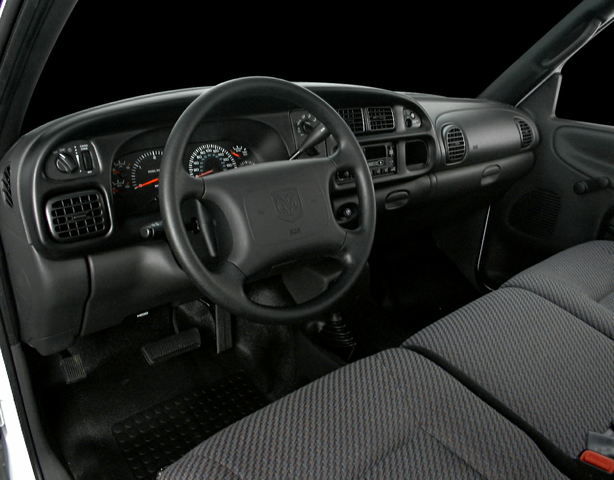 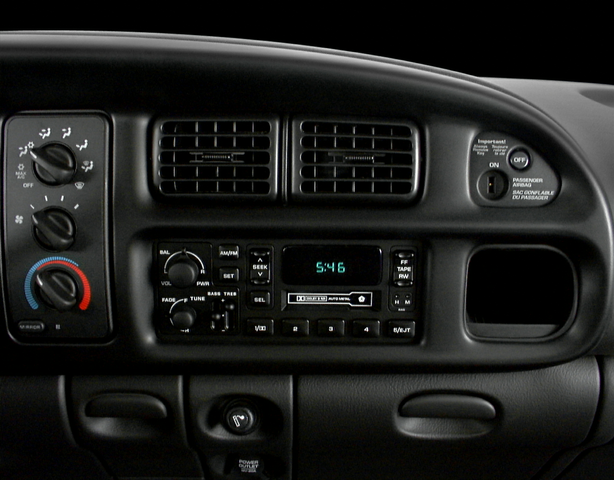 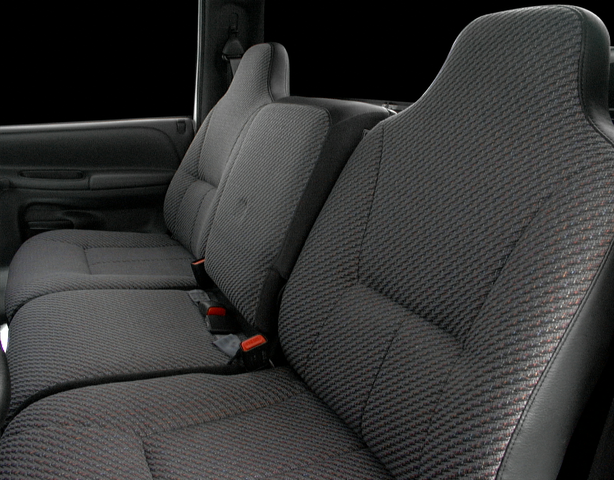