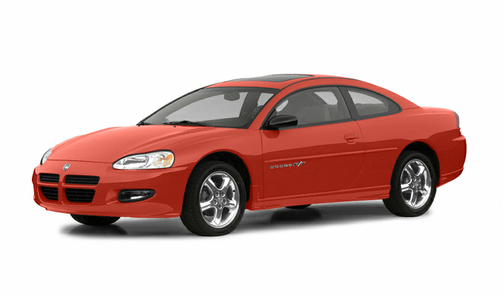 Our 2003 Dodge Stratus trim comparison will help you decide.

Put this under the heading of pleasant surprises.

The Dodge Stratus sedan was introduced way back in 1995, given a major freshening two years ago, along with its stablemate, the Chrysler Sebring. In tacit acknowledgement of its graying, DaimlerChrysler this year is touting a “value-priced” SXT version of the sedan that can be had for less than $20,000. That’s a pretty friendly price when you consider it’s a midsize family sedan that can hold 2 adults + 2 adults or 2 adults + 3 children, and includes an automatic transmission, air conditioning, power brakes, steering and windows, remote keyless entry, remote-release trunk, alloy wheels, cruise control and even floor mats.

Its most important brag lies in the area of safety: top, 5-star frontal crash-test ratings from the feds, along with their 5-star estimation of its tendency to roll over. It didn’t fare so well in side impacts, or in the tougher insurance industry exams, which we’ll discuss later.

The first thing we need to take care of is a bit of taxonomy. The Stratus coupe and sedan differ far more than in the number of doors they have.

The coupe started life as the Avenger (great name for a so-so car). In 2001 it transmogrified into the Stratus Coupe, and has much in common with the Eclipse, made by DaimlerChrysler’s strategic partner, Mitsubishi.

The Stratus sedan was a Chrysler product from the git-go, back in the halcyon days before the German Anschluss. It was mirrored in the product line by the tonier Chrysler Cirrus. The sedan, as mentioned above, got a significant freshening for the 2001 model-year run. It has the unenviable chore of carrying the DC banner into war against what just happen to be the two best-selling cars in America – the Honda Accord and Toyota Camry. It does so with the humility that comes from seldom being mentioned in the same breath.

But it might be worth taking a look at, not only for the savings it can represent vis-a-vis the Big Two, but also for its more appealing styling, now that they have become blander than ever.

I can vouch for at least one of the permutations, the one I tested recently, an R/T edition, as a rather fun ride. How well the lower end would fare is a question for another day.

If you’re into Chrysler nomenclature, you know that R/T stands for Road/Track. It’s nonsensical to suggest pursuing competitive activities with one, but the ones wearing that label get, in addition to a silly rear spoiler, some serious mechanical upgrades which commend this choice to drivers who care about what they’re driving.

The R/T starts at a suggested $22,575, freight included, making it the priciest of the four styles available – but, I submit, it’s worth it. The R/T is the only series that comes with a five-speed manual transmission standard. You can sub a four-speed automatic at no charge, but if such is your inclination, you might be better off choosing the ES series, with its softer ride and standard automatic.

There are two engines available for Strati, a 2.5-liter four and a 2.7-liter V-6. The two upper series, ES and R/T, come only with the six.

Instead of the base engine’s 150 horses and 167 foot-pounds of torque, the six gives you 200 horses and 190 foot-pounds to work with, along with the inherently greater smoothness of the 60-degree V-6 configuration.

The V-6 is aluminum, block and head, with twin camshafts and four valves per cylinder. It is in a rather sporty state of tune, achieving maximum power at 5,800 rpm and peak torque at 4,850. I suspect they were at pains to give the ad department the magic figure, 200. This circumstance alone argues for choosing the manual shifter. It’s not one of the great ones, but it’s competent, and this engine appreciates the close attention a hand-stirred box can bring.

Power was noticeably lacking below 2,000 rpm or so, but built quickly after that, coming on in a rush as the tachometer passed four grand, and running out enthusiastically to the electronically controlled redline, which DC preciously tells us is at 6,464 rpm. At idle, the buttery engine recedes into the background, barely detectable through the shifter. Torque steer, which can become a factor at this power level, was well-managed, even though all the power goes to ground through the front tires.

The Stratus felt solid on rather neglected stretches of road and there was neither bumping nor squeaking to disturb the occupants. The noise level was moderate over good roads, but when the surface was less than ideal, a bit too much was communicated aurally about how hard the tires and suspension were working.

Gearing is such that fifth is a fairly long-striding overdrive ratio, yielding about 26 mph per 1,000 engine revs.

The engine’s recommended diet is nice plebeian 87-octane. EPA estimates are 20 mpg city, 27 highway. With quite a lot of shifting as I toured the wilds of Kentucky, I still managed to eke 23.4 miles from every gallon.

The R/T seats (upgraded to power-adjustable and leather on the tester) were fairly firm and supportive, with good attention paid to the needs of the lower back.

Instruments were but four, but models of legibility. You can’t beat white markings on a black ground with orange needles. By night, the white turns to a somewhat sickly turquoise, but still communicates well.

There was a combination compass and ambient temperature readout between two vents atop the center of the dash. Below that were large, easily operated air conditioning and basic stereo controls. The optional 6-disc CD changer fairly screamed “afterthought” from its hidden location near the floor.

Rather plasticky faux metal provides some relief to the otherwise rather boringly monochromatic expanse of plastic inside.

Handling was very good, thanks in no small part to the beefed-up underpinnings plus the generous tire upgrade the R/T gets. The lower orders start at 15 inches, but by the time you get up to R/T level, they’re 17-inch alloys wrapped in 215/70 Michelin Pilots, V-rated. The brakes were excellent. Ventilated + solid discs can be had at every level, though drums are standard in the rear for all but R/Ts. The solid, crisp pedal feel was complemented by unusually short stopping distances from 70 mph. The antilock was efficient and unobtrusive even when I mashed the brake pedal, simulating a panic.

The Insurance Institute for Highway Safety runs cars into an offset frontal barrier at 40 mph, a much rougher test than the Feds’ 35-mph full-frontal collision. Here, the Stratus won an overall mark of acceptable, the second-highest. In IIHS’ 5-mph bumper-bashing tests, the Stratus finished mid-pack, with an average damage am ount of $689 in each of the four collisions. On the federal test, the Stratus achieved only 3-star ratings for its protection of occupants in a side crash, but that was without the optional side air bags.

Consumers’ Union projects just average reliability for the Stratus, which seems unduly pessimistic given the high marks owners have given it over the last two years.

The tester was blessed with pearl coat paint, $280 extra; leather-trimmed seats, shifter and steering wheel, $600; CD/cassette deck, $300; lighter and ashtray, $30; side air bags, $390; power moonroof, $695, and power driver’s seat, $390. With all that and trucking from the Sterling Heights, Mich. plant, final price was $24,935. In surveying prices paid nationally, Edmunds.com finds a buyer can typically get about $1,500 off manufacturer’s suggested for the Stratus. At that rate, it’s well worth a look – at least in its grandest forms.

October 7, 2018
By Al from Bridgeton
Owns this car

Good car a lot of space and smooth ride. Good first car or family car. Or used for extra car to have around and a good sound system

I HAD VERY FEW PROBLEMS WITH IT, A VERY GREAT CAR!

November 21, 2017
By GREENEYES from BOISE, IDAHO
Owns this car

IT'S BEEN AN EXELLENT VEHICLE, VERY RELIABLE, I TOOK GREAT CARE OF IT THE ENTIRE TIME I'VE HAD IT, I PREVIOUSLY SMOKED IN IT BUT OVERALL U CAN'T REALLY TELL BY THE SCENT OF IT, AGAIN I TOOK REALLY GOOD CARE OF IT!!!

Very dependable and it definitely is what my wife needed for her job. I recommend this type of car for anyone looking to commute.

All model years for the Dodge Stratus 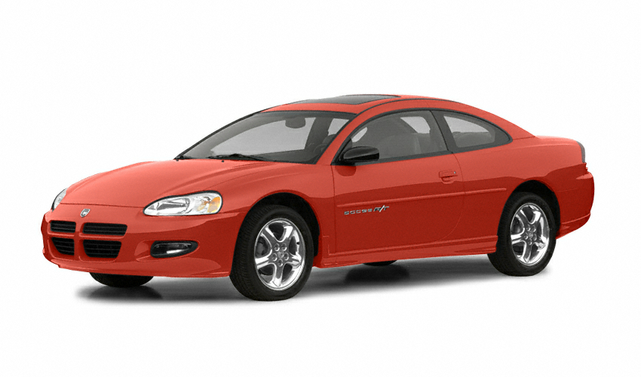 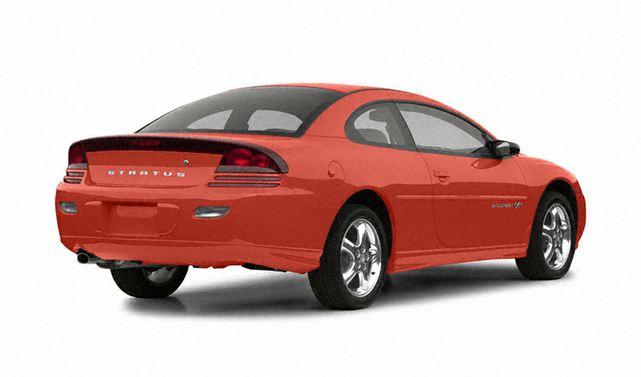 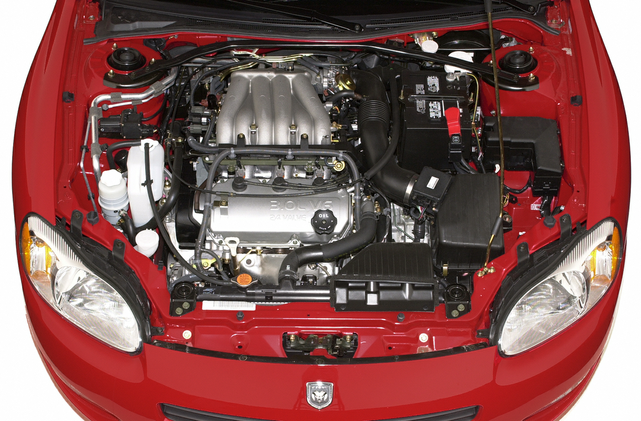 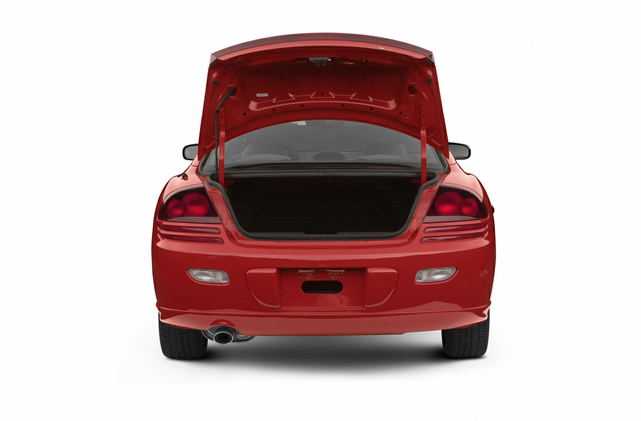 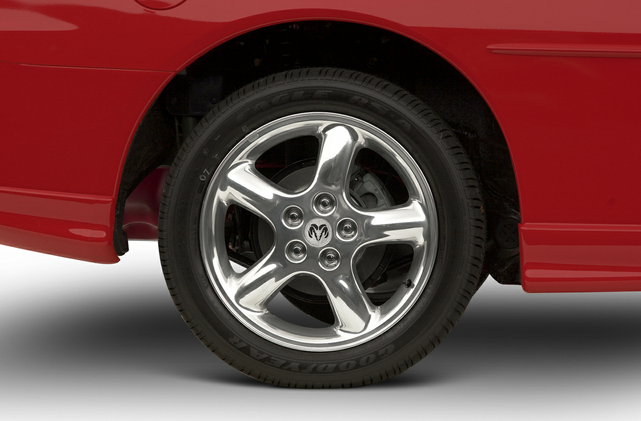 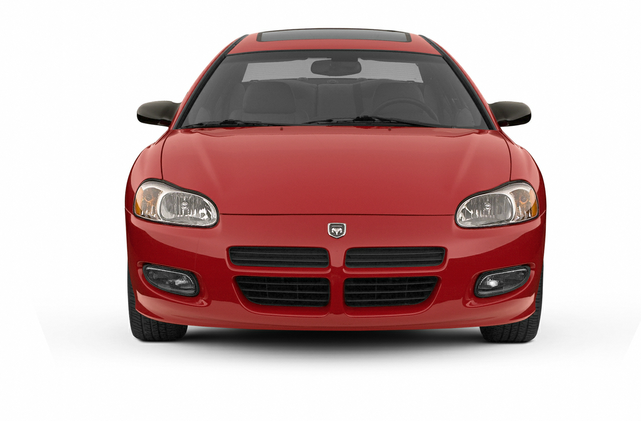 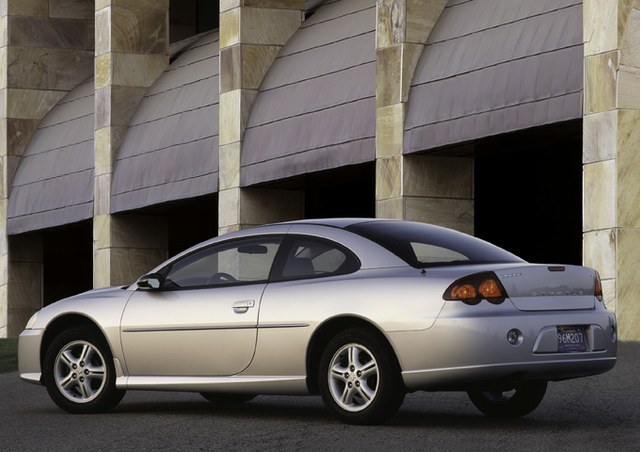 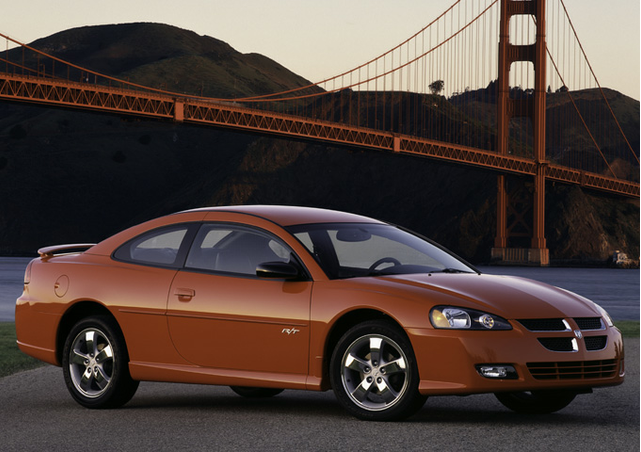 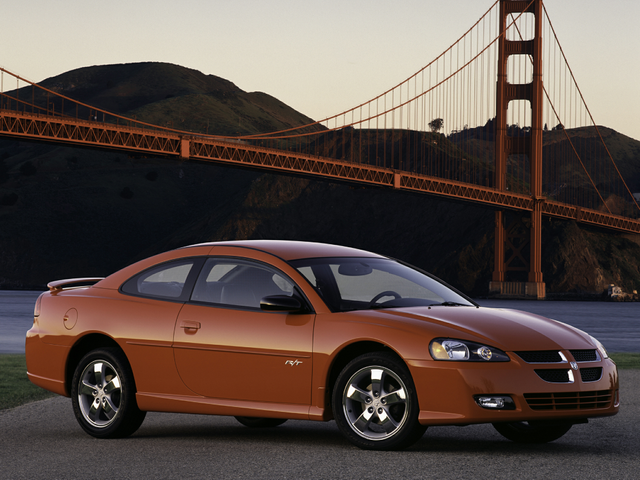