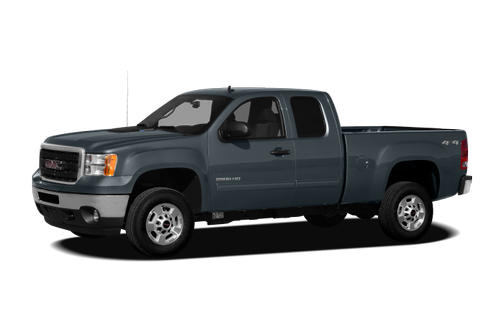 Vehicle Overview
The “professional grade” brand unveiled the 2011 GMC Sierra Heavy Duty lineup at the 2010 NTEA Work Truck Show. Most of the technical specifications of GM’s HD pickups are identical, but GMC is adding a new high-end Sierra Denali HD model to its work truck lineup.

To separate it visually from the rest of the Sierra HD trucks, the exterior of the Denali HD will feature a four-bar chrome grille along with body-colored bumpers, chrome door handles, chrome accents and 18- and 20-inch polished forged aluminum wheels.

As with other Denali models, the cabin will be unique with standard premium touches. It will include Denali-specific brushed aluminum trim, power-adjustable pedals, a Bose premium surround-sound system and 12-way power seats. Along with an optional heated steering wheel, heated and cooled leather seating is available. The exterior will be offered in three colors: black, Stealth Gray and white.

The rest of the new 2011 Sierra HD lineup receive new three-bar grilles and prominent louvered hoods, along with a revised chrome steel front bumper and new 17-, 18- and 20-inch wheels. The interior, though, is mostly unchanged.

The stronger frame is also said to help reduce noise, vibration and harshness, particularly up front. The engine mount brackets have been strengthened, and their positions supporting the engine are optimized so the brackets’ attachment points are now set relative to the center of the frame rail instead of offset at an angle, which had caused unwanted engine vibration.

There are a total of 11 different frame assemblies, depending on cab configuration, wheelbase, weight class and whether it’s a pickup or a commercial chassis cab.

In the front suspension, the upper control arm is now made from forged instead of cast steel for increased strength and weight savings. The cast-iron lower control arm has been bolstered to handle greater loads. To help improve ride quality, two urethane jounce bumpers instead of one are mounted to the frame to cushion each side of the lower control arm, and there’s also a new upper shock mount attachment design as well as all-new shocks.

There’s a new steering box with a 16-1 turn ratio and larger front linkage to manage increased front-end loads resulting from the improved front gross axle weight rating, which has jumped from 4,800 pounds to 6,000 pounds.

It’s not just the stronger frame and suspension that support the increased towing and hauling numbers in the 2011 GMC Sierra HD. There’s also a revised 6.6-liter Duramax clean diesel that produces 397 hp and 765 pounds-feet of torque. Sixty percent of its parts are new, and Duramax chief engineer Gary Arvan said it will be 11 percent more fuel efficient than the previous LMM Duramax.

A new 36-gallon fuel tank extends the Sierra’s driving range. It’s standard on long and short box versions. GM promises up to a country-crossing 680-mile range, or about 18.8 mpg.

For improved cold-weather breathability, the Duramax uses a new flat-panel cartridge air filter instead of the old round filter to help prevent snow ingestion. There’s also an improved mass airflow sensor to monitor the intake.

The engine block continues to be gray iron construction instead of lighter, stronger compacted graphite iron used in the new Ford Power Stroke Diesel and planned for GM’s indefinitely postponed 4.5-liter V-8 Duramax. The block has been slightly revised with new ribbing structures to reduce noise, vibration and harshness and handling of increased torque levels.

New fast-acting glow plugs are said to promise instant cold starts after just 3 seconds in winter temperatures down to 20 degrees below zero.

Like Ford’s Power Stroke, the Duramax will use selective catalytic reduction, or SCR, and a new high-capacity two-stage exhaust gas recirculation system to scrub nitrogen oxide emissions down to no more than 0.2 grams per horsepower/hour. It’s a new EPA requirement as of Jan. 1.

The SCR system uses diesel exhaust fluid, or DEF. The urea-based solution (32.5 percent industrial urea and 67.5 percent deionized water) is held in a 5.3-gallon storage tank and injected as a fine mist into the Duramax’s hot exhaust gases. The heat turns the urea into ammonia that, when combined with a special catalytic converter, breaks down the nitrogen oxide emissions into harmless nitrogen gas and water vapor.

The DEF refill point for the Sierra HD is mounted under the hood of the engine instead of next to the diesel refueling cap on the side of the cargo box, as it is on the 2011 Super Duty.

To ensure that the driver refills the DEF tank, Duramax-equipped trucks will warn the driver when the fluid is down to a 1,000-mile range. A series of start-up warnings — including lights, chimes and messages — will become more frequent until the tank is empty. When the DEF fluid is down to a 100-mile range, the truck’s speed will be limited to only 55 mph. As the range declines, so will the vehicle’s top speed. If the driver continues to operate the truck with a dry DEF tank, after a final warning and restart, the truck will operate in a “limp home” mode that limits speed to just 5 mph until the tank is refilled.

The 2011 Sierra adds the first application of trailer sway control to GM’s full-size pickups. It works using the truck’s antilock braking system and integrated trailer brake controller to brake individual wheels on the pickup automatically when it senses dangerous yaw in the rear of the truck from the trailer, which could happen if weight unexpectedly shifts inside the trailer. If the trailer has electric brakes and is connected to the Sierra’s seven-pin trailer connector, the truck can also automatically apply the trailer’s brakes to stop dangerous sway. TRW is the supplier for the system.

The Sierra’s wheel brakes have increased from 12.8 inches to 14 inches in diameter and widened from 1.5 inches to 1.57 inches. They feature a larger swept area for better stopping power, and the operating pressures have been changed to provide a firmer feel during application with less pedal travel required. The bigger brakes are a necessary improvement to reach higher gross combined weight ratings across the line.

Another new safety feature can help with hill starts. Hill-hold assist will automatically apply the vehicle’s brakes for 1.5 seconds once you lift your foot off the brake when you’re on an incline. It’s part of the Sierra’s integrated trailer brake controller, so it will apply the trailer’s brakes, too, if it has electric brakes.

GM’s StabiliTrak stability and traction control system will come standard with all single-rear-wheel Sierra HD pickups. Though it’s not required on trucks with a gross vehicle weight rating of more than 10,000 pounds, on the GM pickups it will run up to the heaviest 11,600-pound GVWR.

This LML duramax injection pump is a ticking bomb

March 4, 2020
By Jerry from Hawaii from Kihei
Owns this car

Truck is beautiful, but the injection pump grenades internally and it's up twords a $12,000 repair! That's correct $12k do your do diligence on 2011-2016 GM duramax..funny not one commented on this issue?class action lawsuits have begun already. Hope this post makes it online? Your reviews seem biased? Look online post for this CP4 failure issue.

October 3, 2019
By Larry from Greencastle
Owns this car

October 17, 2018
By Fanbase from Morrison,TN
Owns this car

Truck is good , good towing good power and has enough space . My truck had the 4wd in the floor and not electric whitch was a plus for me

All model years for the GMC Sierra 2500 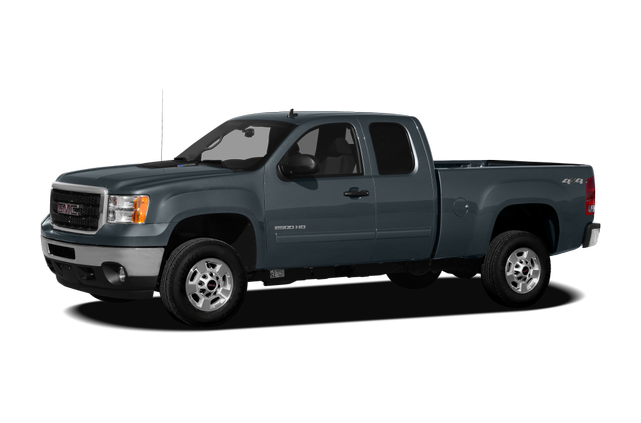 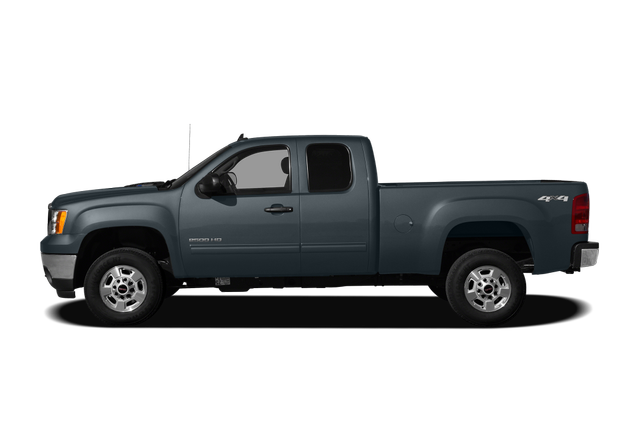 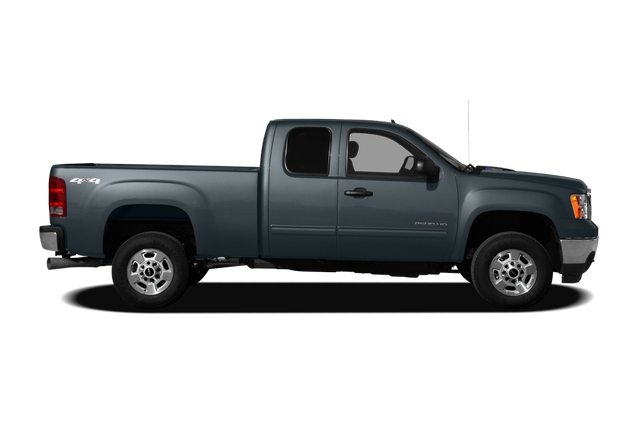 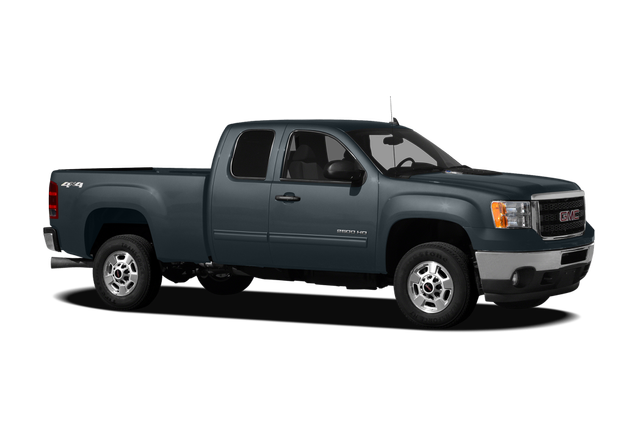 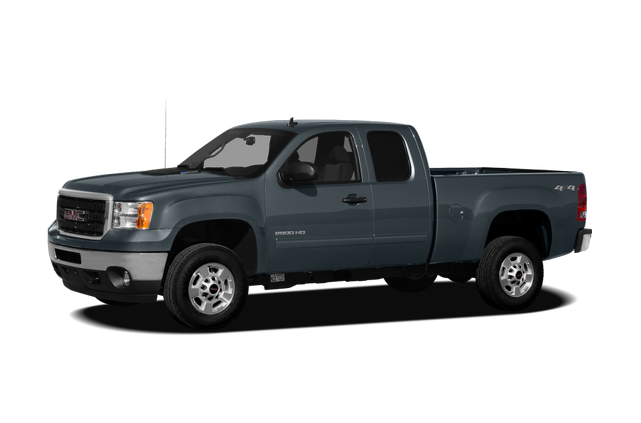 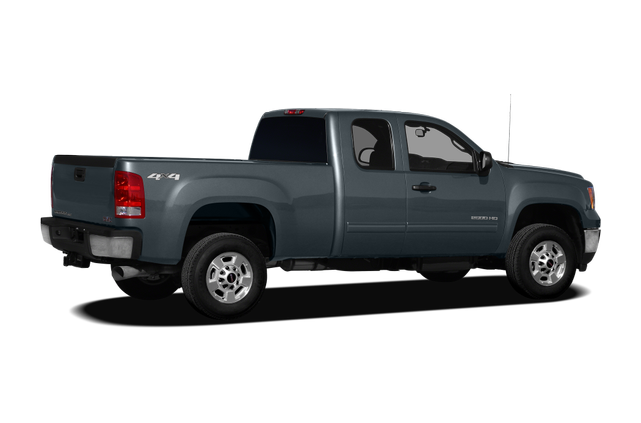 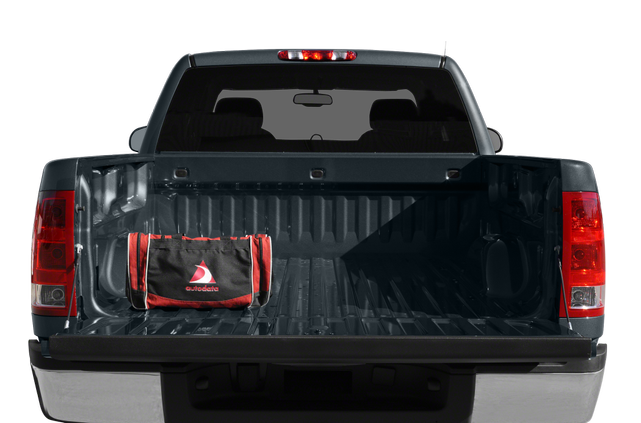 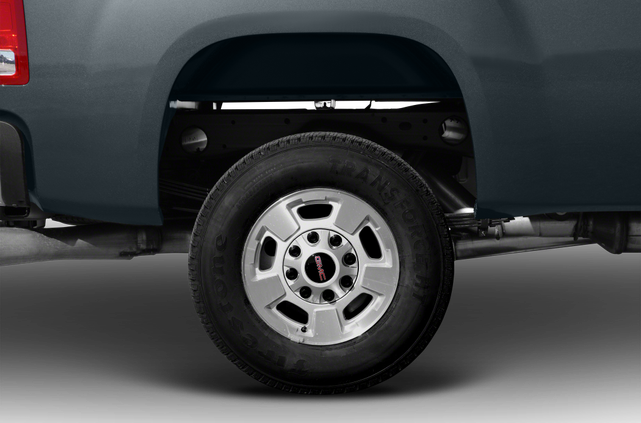 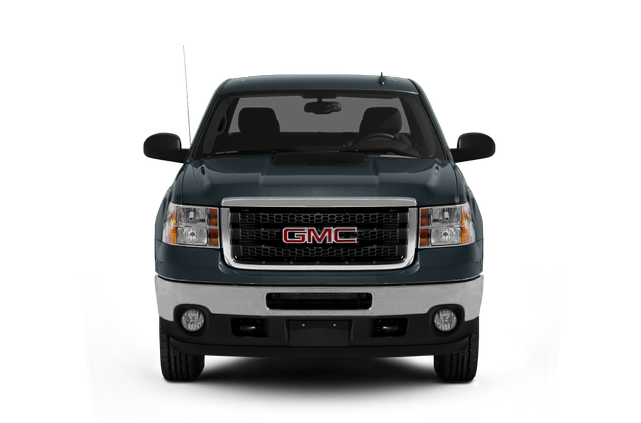 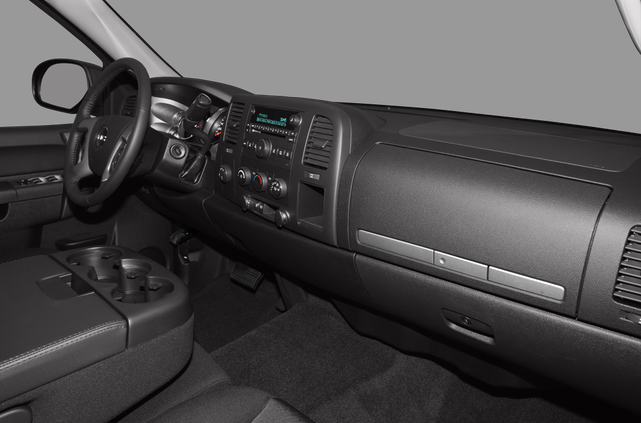 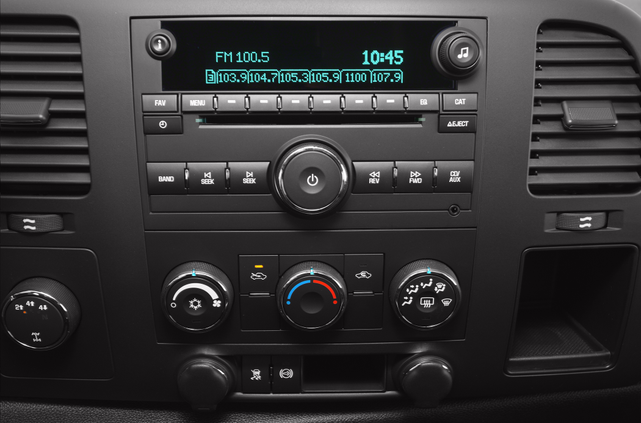 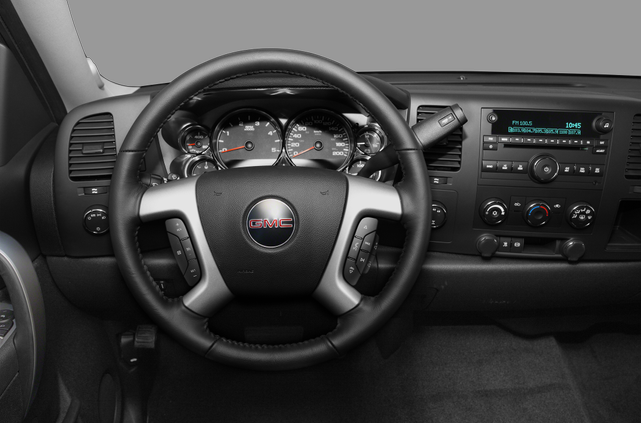 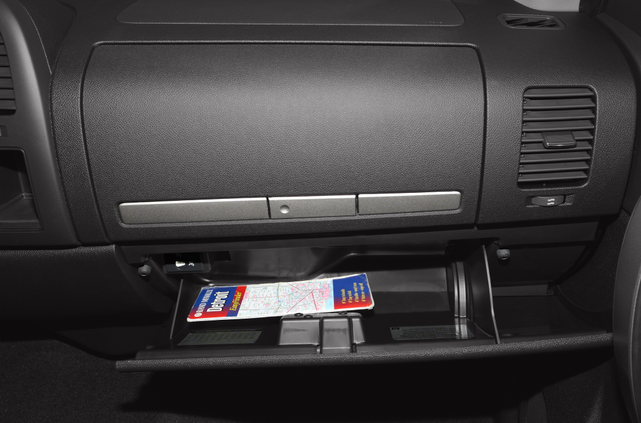 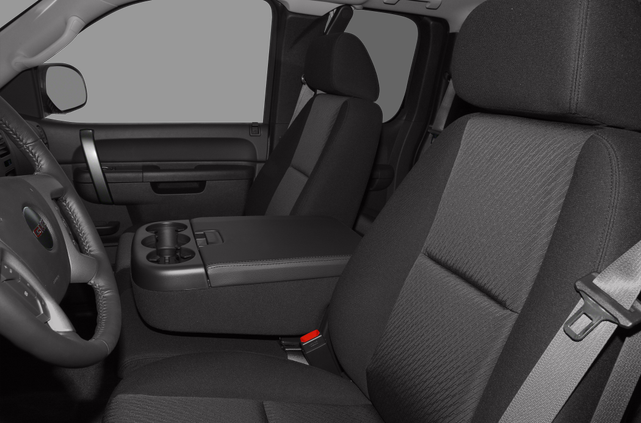 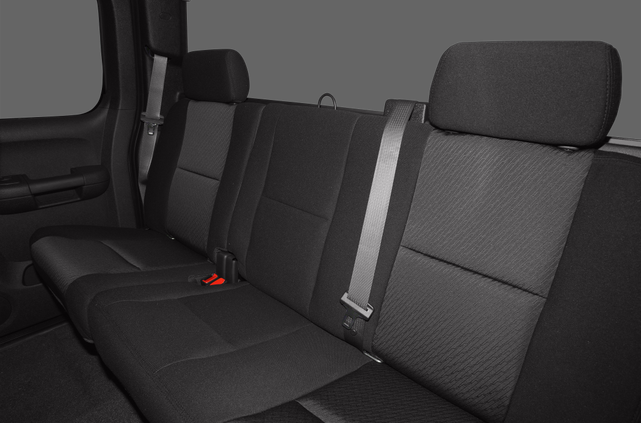 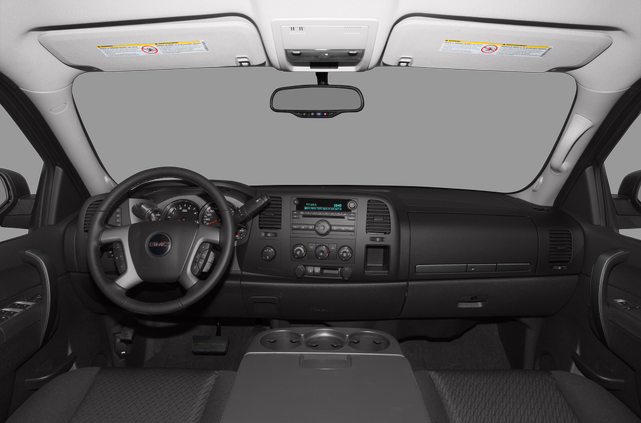 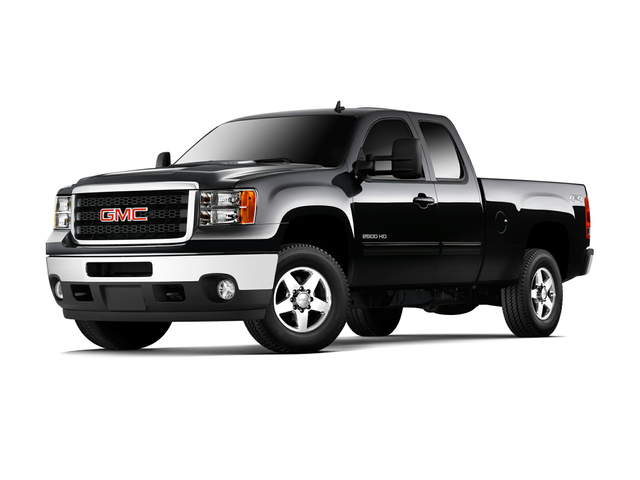 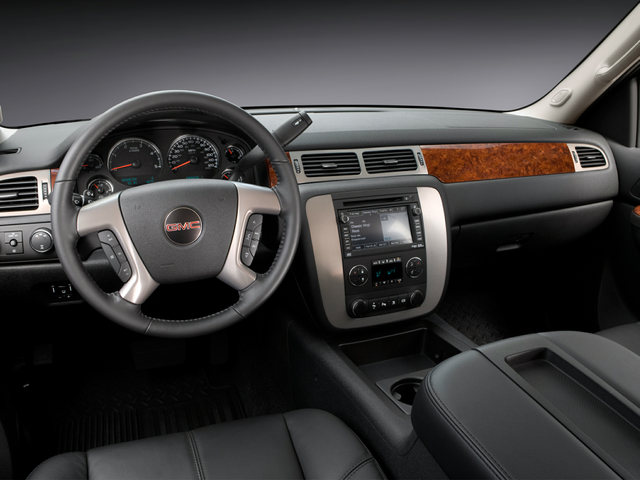