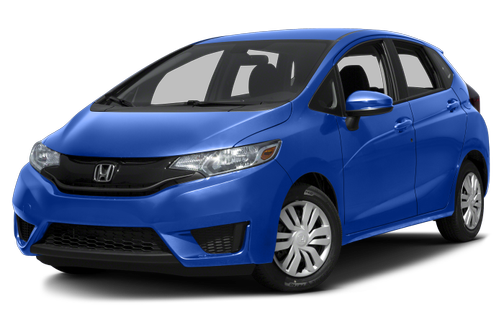 Our 2016 Honda Fit trim comparison will help you decide.

With the 2016 model year Fit, Honda has concocted an elixir of most things small-car shoppers want, and the results are mighty desirable.

If you’re shopping for an entry-level car, make sure to fit the Honda Fit onto your list. The 2016 Fit is not the quietest, quickest or most refined car in its class, but it plays a respectable hand in most areas while combining impressive fuel and space efficiency.

Honda redesigned the five-door Fit for 2015, and the car carries over with no changes for 2016 (compare them here). Trim levels include LX and EX, which can have manual or automatic transmissions, and the automatic-only EX-L. I drove a range of 2015 EX and EX-L cars, including Cars.com’s long-term Fit EX, which you can read more about here. Go here to stack up all three trims.

Exterior & Styling
The bug-eyed styling that’s characterized two generations of the Honda Fit hatchback has finally buzzed away. The Fit’s creased expression draws comparisons to the Civic, which has rocked squinting headlights since the middle of the past decade. The Fit’s shielded black grille is distinctive, though some may think it looks too much like the faux-grille areas on many electric vehicles, including the Fit EV, which is based on the prior-generation Fit. Body-colored mirrors and 15-inch steel wheels with plastic covers are standard; the EX and EX-L add 16-inch alloys, fog lights and a bit more chrome trim.

How It Drives
Passing and merging maneuvers have surprising oomph in the 2016 Fit. It’s the sort you’d get from the larger four-cylinders in a Chevrolet Sonic or any larger member of the compact class. Such is the result of Honda’s Earth Dreams initiative, which bestowed the Fit’s 1.5-liter four-cylinder with direct injection to make 130 horsepower, up from 117 in the prior generation. More important, torque — that seat-of-the-pants feeling when a car pushes you ahead — is up 8 pound-feet t to 114.

A continuously variable automatic transmission is optional on the LX/EX and standard on the EX-L. It behaves well enough, revving with only some of the telltale CVT rubber-band feeling of disconnection between your right foot and the drive wheels. An Econ mode introduces a hint of accelerator lag from a start, plus a slower transition to higher revs. Below Drive, a sportier S mode defaults you to higher revs. (You can also throw the Fit into S mode and Econ mode at the same time. I did. S mode wins out. The universe did not explode.)

LX and EX cars also offer a six-speed manual transmission. It’s a delight, with short, direct throws and close gearing, but the top gear could be a bit taller; the Fit hovers near 4,000 rpm in 6th gear at 80 mph. Honda clearly favored driving fun over efficiency, as demonstrated by the manual Fit’s EPA-estimated mileage: It’s improved, but still only so-so, at 32 mpg combined. Mileage with the CVT is 35 mpg combined in the EX and EX-L, or 36 mpg in the fuel-efficient, optimized LX. To gain that extra mileage, the LX adds aerodynamic underbody covering and deletes some weight in the form of noise insulation and the moonroof.

I haven’t driven an LX, so it’s unclear how that car’s deleted insulation might affect noise. We found the EX and EX-L already exhibit plenty of wind and ambient noise. Those who want a quieter subcompact should consider the Sonic or Ford Fiesta. However, gas mileage for both Fit trims compares well to automatic 2016 versions of the Nissan Versa Note (35 mpg combined), 2016 Sonic (28 to 31 mpg), 2015 Ford Fiesta (31 to 32 mpg), 2016 Hyundai Accent (30 mpg) and 2016 Toyota Yaris (32 mpg).

The Honda Fit still rides on the firm side, but it dispatches manhole covers and other bumps with Fiesta- or Sonic-like richness. Both competitors ride better still, but the Fit has closed the gap versus its sometimes-choppy predecessor. The same goes for steering, which displays good highway composure — an improvement over the previous Fit, which occasionally wandered in crosswinds.

Wheel choices range from 15 to 16 inches, but a sport-tuned suspension is no longer available. Honda says the redesigned torsion-beam rear suspension — a budget setup common among subcompacts — has enough rigidity to get by without a stabilizer bar, which the prior Fit Sport had. The Fit corners well enough. Some body roll accompanies hard maneuvers, but the car’s light, direct steering should satisfy casual drivers.

Interior
Modern shapes and an airy layout characterize the cabin, whose dashboard sacrifices a few of the previous Fit’s storage nooks for a more grown-up look. The front seats are more supportive than their flat backsides would suggest, and EX-L models have a moonroof and heated leather seats. I’m 6 feet tall and needed the seat just one click ahead of all the way back; taller drivers may wish the seat adjusted farther back. Typical of Honda, the seats have firm bolsters. One editor found them uncomfortable overall, and another couldn’t find a comfortable seat height.

It’s also strange that Honda invested in padding for the dashboard and door inserts — both areas that few people touch — but left hard, cheap textures on the armrests and upper doors, where your elbows usually end up. This is a low-budget segment, but the Fiesta and Yaris both cushion their armrests.

Backseat knee clearance is generous, and the seat sits reasonably high off the floor, as entry-level cars go. That helps thigh support, but you pay for it in headroom, which tall adults will find marginal.

Cargo & Storage
Cargo room is a competitive 16.6 cubic feet, and the Fit boasts strong cargo versatility. The 60/40-split rear seat, which Honda calls a Magic Seat, has bottom cushions that fold up and lock in place to expose more than 4 feet of vertical storage space; a low floor hump maximizes storage potential. The seats still fold flat into the floor for 52.7 cubic feet of maximum cargo room, which leads the group. The Fiesta has less than half that much room. What’s more, the Fit’s low cargo floor makes using all that space a cinch.

Ergonomics & Electronics
Honda Fit LX models have a 5-inch display (not a touch-screen) with physical knobs and buttons, including radio presets. The four-speaker stereo has USB/iPod compatibility, Bluetooth phone/audio streaming and steering-wheel audio controls — generous features for a base trim in this class.

EX and EX-L models get six speakers, more stereo wattage and a second USB port. They also get a 7-inch touch-screen with 480-by-700 pixel resolution, HDMI inputs for video (when parked) and audio playback, and Siri Eyes Free iPhone integration (go here to learn more). Similar to the system in the 2015 Civic, the touch-screen ditches the mechanical tuning and volume knobs in favor of aggravating touch-sensitive buttons alongside the display. Our editors agree the button-less approach has to go.

Still, the system’s capabilities are impressive. It facilitates HondaLink, which can play Pandora and Aha Internet radio off your smartphone. It can also read your Facebook wall or Twitter feed aloud, and $60 adds a navigation app complete with pinch-and-swipe capabilities. Switching between apps generally requires going back to a root menu and waiting a few seconds for HondaLink to reboot, however. The navigation app is also slower than the optional factory navigation on EX-L models, which pinches and swipes at near-smartphone speed and packs navigation-specific voice recognition, plus HD and satellite radio. Is that worth the extra $1,000? You decide.

Safety
In crash tests by the Insurance Institute for Highway Safety, the Fit earned good scores in all tests except the IIHS’ small overlap frontal test, where the car earned an acceptable score (IIHS scores are good, acceptable, marginal and poor). Those are excellent scores in a segment where marginal or poor small-overlap scores are the norm. In fact, IIHS named the Fit a Top Safety Pick for 2015, one of just two cars in the segment (the other is the Sonic) to get the award.

Go here for a full list of safety features or here to see our Car Seat Check on the 2015 Fit. Standard features include a stability system and side curtain airbags. Forward collision and lane departure warning systems aren’t available, but those are rare among subcompacts. A conventional blind spot warning system is also unavailable, but EX and EX-L models get Honda’s LaneWatch blind spot camera system (see the photo).

Value in Its Class
The Honda Fit LX starts around $16,500, including a destination charge. That’s hundreds more than many other entry-level hatchbacks, but it’s a complete car at that price. Standard features include power windows and locks, keyless entry, cruise control, manual air conditioning, a backup camera and Bluetooth phone/audio. Add $800 for the CVT and the Fit nears Versa Note territory as the value choice for shoppers who want all the basic conveniences. Most competitors with similar features cost more — in some cases, a lot more. On the other end, a loaded Fit EX-L tops out around $22,000. That’s with factory navigation, a moonroof, 16-inch alloy wheels, heated leather seats and a keyless access system with push-button start — short of automatic climate control, the full palette of options in today’s subcompacts.

Automakers have spent the better part of a decade trying to crack the code on desirability in this class, and the results have paid dividends in driving refinement, cabin quality, safety features and must-have technology. By and large, today’s subcompact is a decent car, and the redesigned Honda Fit is proof.

Love all the extra room!

The car is perfect for me! Great price & good gas mileage. Been extremely happy with the car & South Pointe Honda. Love that I can fold the seats & haul even a 6ft ladder.

I would buy it again. Great value. It is nimble. Turns on a dime. Very good braking system. It is a gem. What more can you say about a little car that could.

Most problematic car I own

I love the car but after driving it for 1 yr the check light keeps coming on and when i think the problem is fixed it reappears.

Rating breakdown (out of 5):
4 people out of 5 found this review helpful. Did you?
Show full review
See all 88 consumer reviews

All model years for the Honda Fit 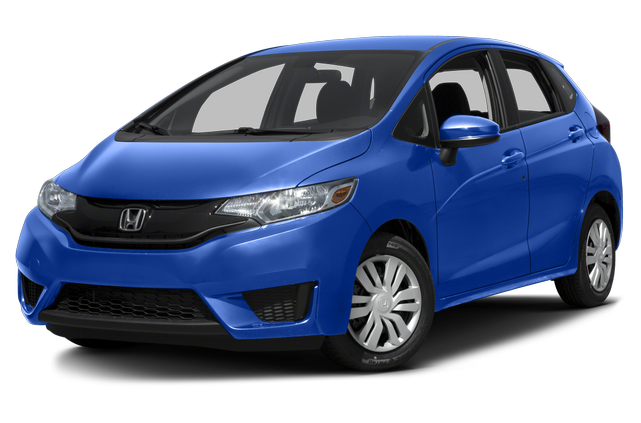 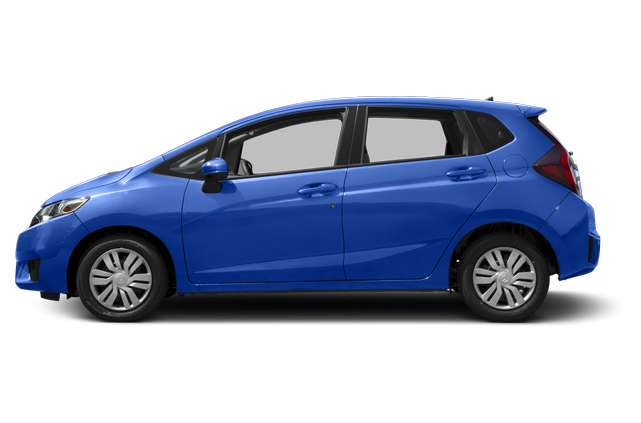 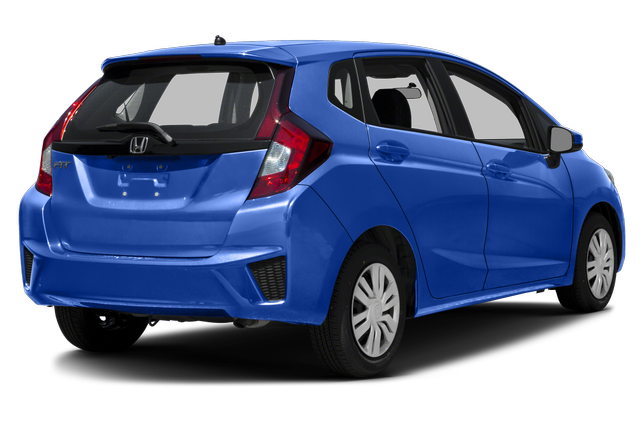 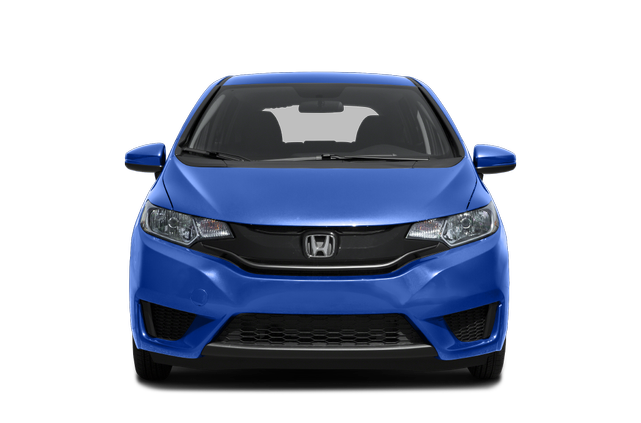 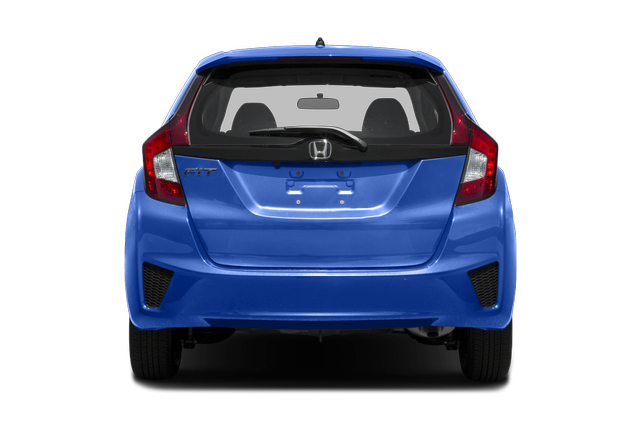 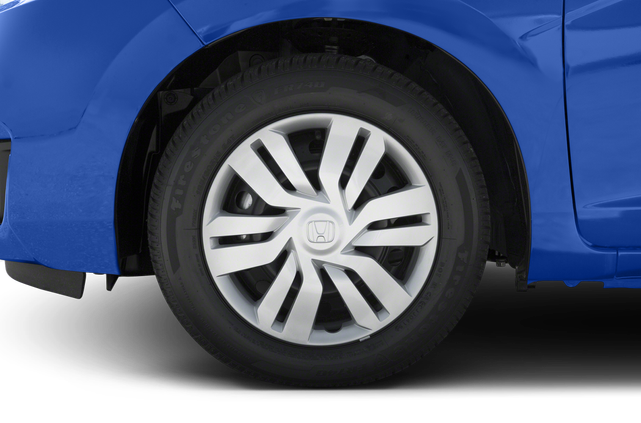 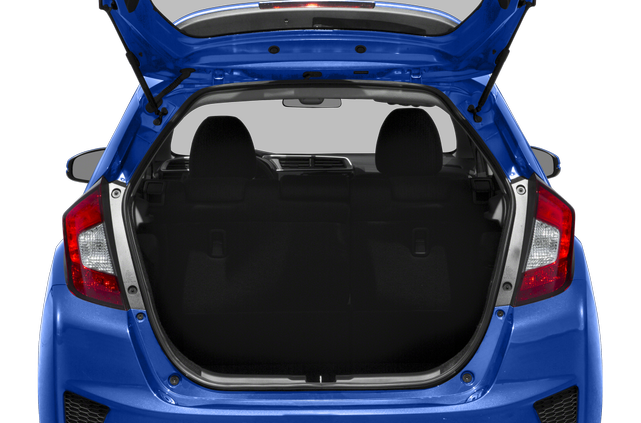 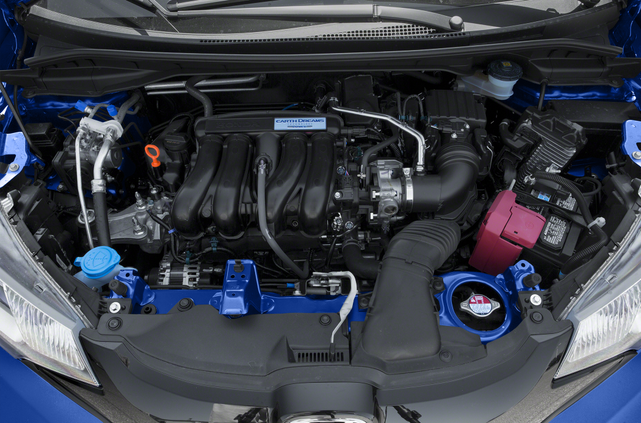 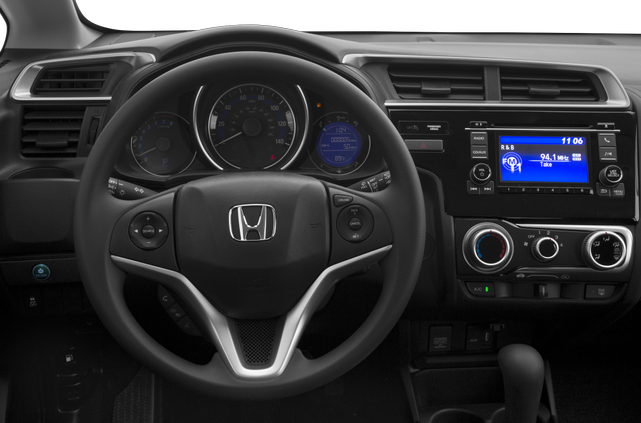 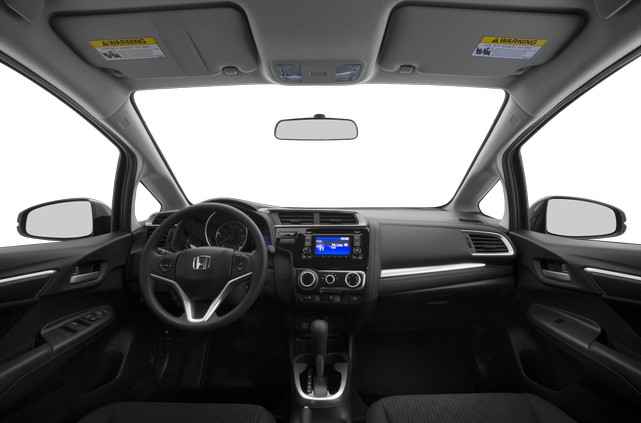 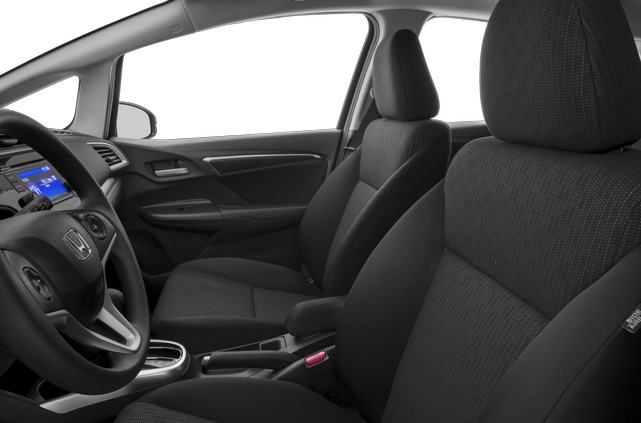 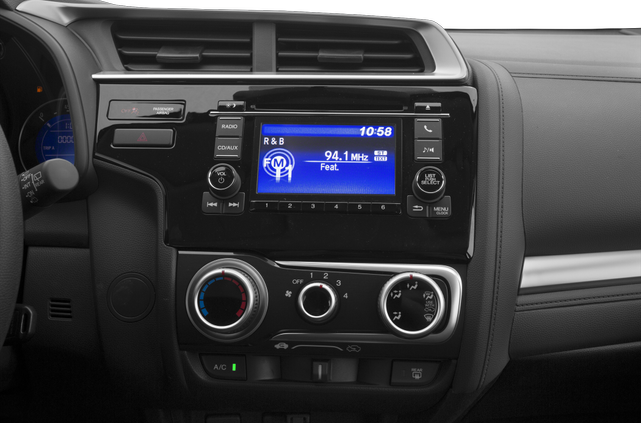 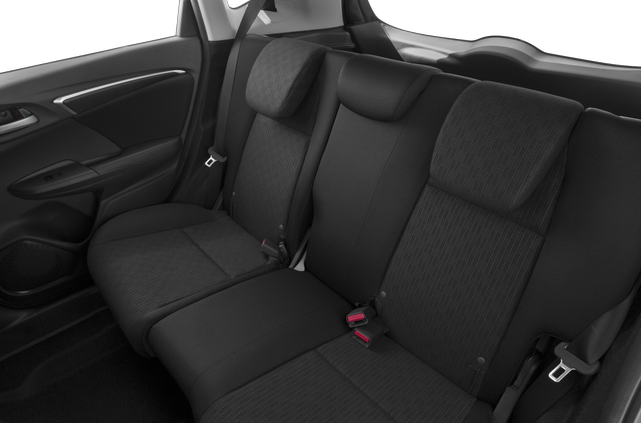 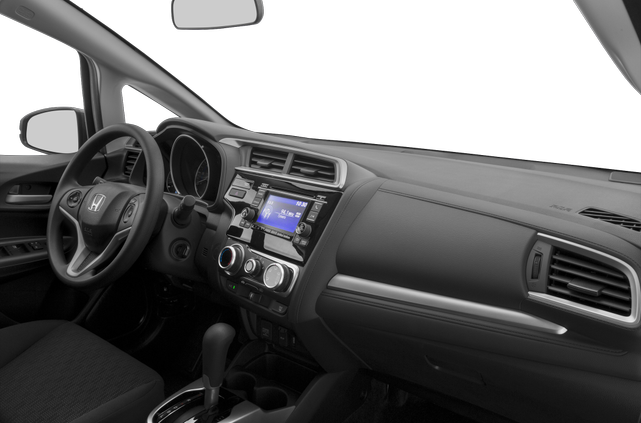 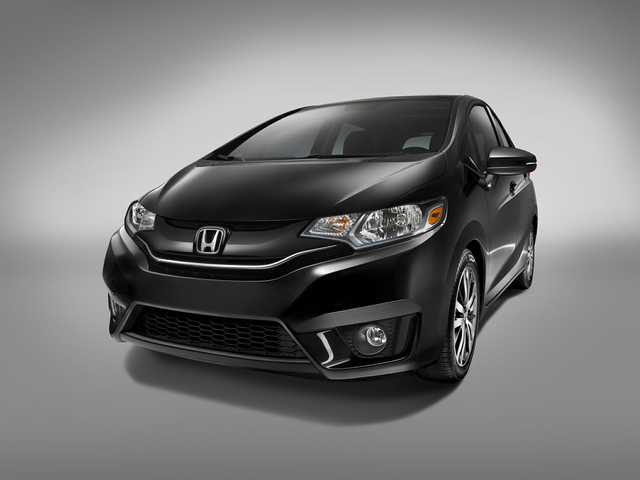 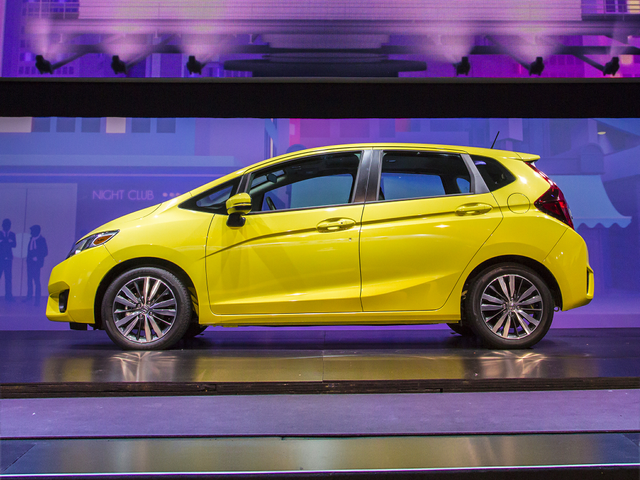 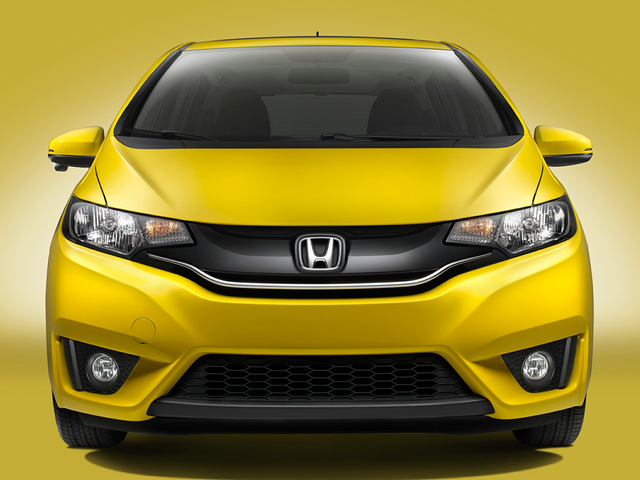 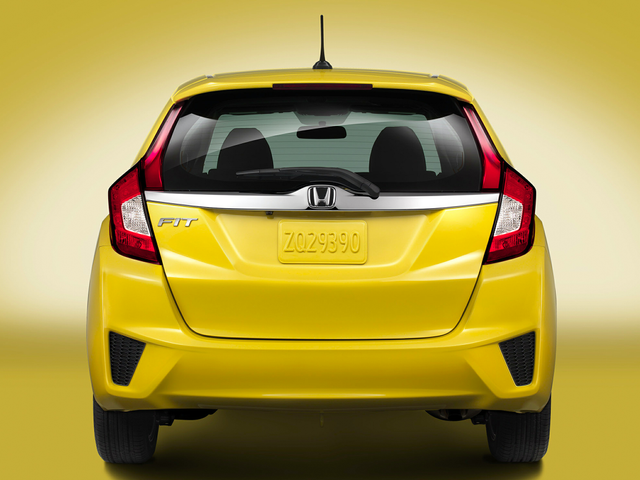 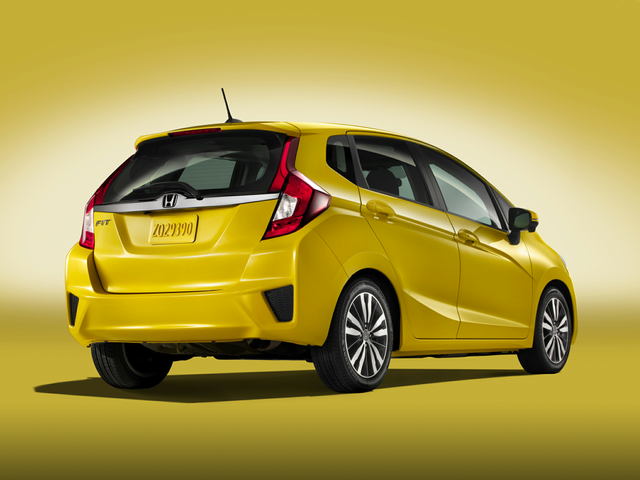 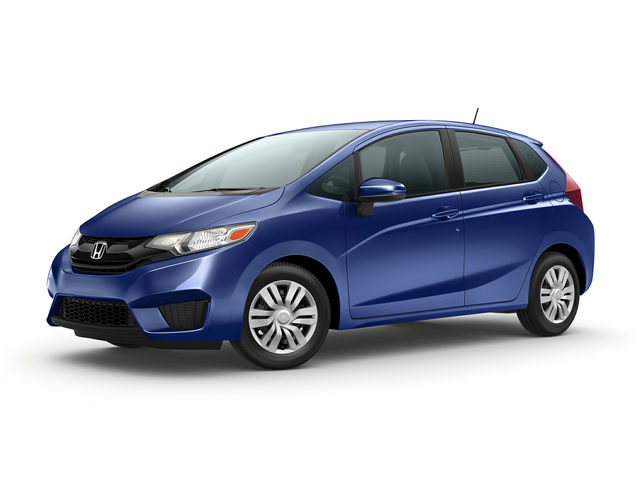 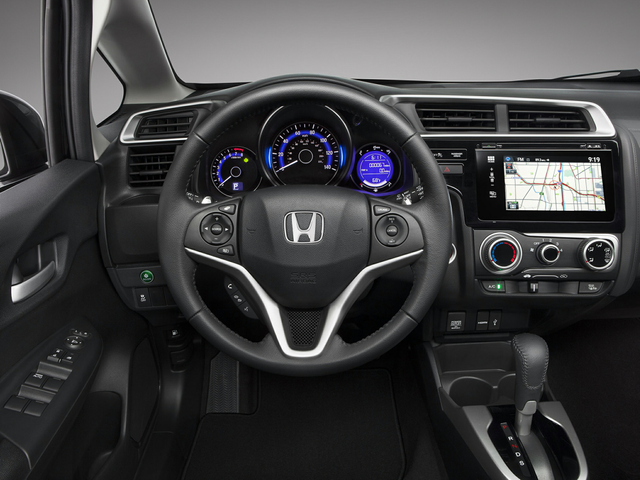