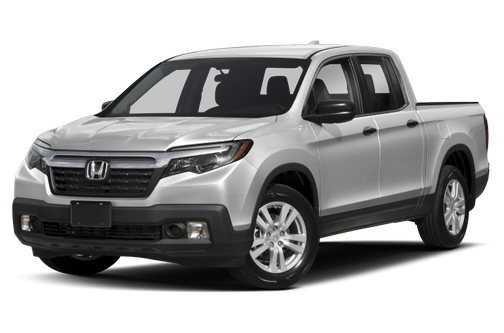 Our 2019 Honda Ridgeline trim comparison will help you decide.

The verdict: The 2019 Honda Ridgeline doesn’t follow the typical mid-size pickup truck formula, but it succeeds thanks to its compelling blend of comfort, versatility, features and value. The only thing holding it back is a lousy touchscreen system.

Versus the competition: New competitors like the 2019 Ford Ranger and 2020 Jeep Gladiator aren’t as comfortable or spacious as the Ridgeline and lack the Honda’s versatile cargo bed. However, while the Ridgeline can handle heavy payloads, it feels more burdened by it than traditional body-on-frame trucks.

Since the Ridgeline’s debut more than a decade ago, it’s challenged conventional wisdom in the mid-size truck class. Riding on a unibody platform more commonly associated with cars and packed with innovative features like an in-bed trunk and dual-opening tailgate, the Honda is unlike any other truck available today.

The Ridgeline was last redesigned for the 2017 model year, and the truck sees minor changes for 2019: Two USB ports are now standard and mid-level RTL and RTL-T trim levels gain a power-sliding rear window and moonroof. We recently tested an uplevel all-wheel-drive Ridgeline RTL-E against three other trucks — the Ranger, Gladiator and a 2019 GMC Canyon — in our 2019 Mid-Size Truck Challenge, and the Honda earned a convincing victory on the strength of nine category wins. That’s more than twice as many as the second-place Ranger.

One of the key benefits of the Ridgeline’s unibody platform is a refined ride. Controlled and poised, the Ridgeline’s suspension tuning is firm, but it doesn’t have the bumpy, jostling feel that you get in a traditional pickup like the Canyon. It’s proof that a mid-size truck doesn’t have to ride like a truck. The Ridgeline had the best ride quality score in our test, just ahead of the Gladiator.

All trim levels of the Ridgeline are powered by a 280-horsepower, 3.5-liter V-6 engine that works with a six-speed automatic transmission. It’s a potent combo; the V-6 is powerful and refined, and the automatic makes swift part-throttle kickdowns when you need more power. Full-throttle downshifts, however, aren’t as immediate; the transmission will step down two gears, one after the other, rather than immediately selecting the one you need.

The Ridgeline also gets good gas mileage. Our real-world fuel-economy test saw all four trucks follow a 200-mile route consisting of urban, suburban and rural roads; the Ridgeline’s 23.3-mpg average was slightly behind the most efficient Ranger, which averaged 23.7 mpg and was the only truck in our test with a turbocharged four-cylinder engine (all the others had V-6 engines).

Our Ridgeline’s 1,499-pound payload rating was the highest of the four trucks we tested, but with 1,000 pounds of salt in its bed, its drivetrain struggled more than the Ranger’s or Gladiator’s, both of which had lower payload ratings of 1,490 and 1,020 pounds, respectively. (We calculate all maximum payloads by subtracting measured curb weight from the gross vehicle weight rating on the doorjamb, giving us an accurate payload based on as-tested trim levels and options, so these figures might vary from general specs from the manufacturer or elsewhere on Cars.com.)

A refined ride isn’t the only way the Ridgeline takes care of its driver and passengers. The truck’s front and rear seats were deemed best in test by the judges. The front bucket seats are large, comfortable and include individually adjustable inboard armrests. The backseat’s highlights include good headroom, and a comfortable backrest angle and seating position. The Ridgeline also had the best child-safety seat scores, making it a smart choice for families considering a mid-size pickup truck.

The Ridgeline not only has space for people but also spots for their stuff. There’s a huge storage bin between the front seats that includes a sliding cover to keep valuables out of sight, and there are tiered door pockets ideal for holding smaller items. If you need more room, lifting the rear seat cushion opens up cargo space good for carrying tall items like a flat-screen TV in the cab.

The Ridgeline’s last-place finish in two categories — vehicle user interface, and media and connectivity — was largely due to its available Display Audio touchscreen multimedia system, which goes in RTL-T and higher trims. The system has an 8-inch touchscreen and includes Apple CarPlay and Android Auto smartphone connectivity, but its reliance on touch-sensitive controls — even for functions that aren’t on the screen — and poorly designed menus make using it a chore. The base stereo has a smaller 5-inch screen surrounded by traditional buttons and knobs, but it doesn’t include CarPlay or Android Auto.

A Load of Innovation in the Cargo Box

Another thing that made the Ridgeline’s cargo box different was its many features. One of them, the in-bed trunk, is made possible by the Ridgeline’s car-based platform, but many of the other features aren’t platform dependent. These include box-side supplemental lighting, an available household power outlet, eight fixed cleats rated to 350 pounds each, and a dual-action tailgate that lowers like a traditional tailgate or swings open to the side like an SUV swing gate.

The tailgate’s dual-opening design is important because the swing gate makes it easier to reach things in the bed and facilitates opening the in-bed trunk. Lifting a hinged rear section of the box floor reveals the trunk, which is a substantial 8 cubic feet according to our measurements. Though you can’t lock the Ridgeline’s tailgate like you can the other trucks in our test, the lockable trunk is part of the power locking system. The trunk is also washable and includes a drain.

One downside of this design is that Honda elected to put the temporary spare tire and jack on a ledge inside the trunk. While this keeps them secure, it also makes them difficult to reach if you get a flat tire while hauling a load of gravel or dirt in the bed.

Most of the Ridgeline’s active-safety features are reserved for the high-end RTL-E and Black Edition trims. Both models include forward collision warning with automatic emergency braking, blind spot warning with rear cross-traffic alert, adaptive cruise control, automatic high-beam headlights, lane departure warning and a lane-keeping system that actively centers the truck in its lane at higher speeds. The RTL-T trim level gets Honda’s LaneWatch camera system but none of the above mentioned active safety features.

In crash tests conducted by the Insurance Institute for Highway Safety, the Ridgeline received the highest rating, good, in all tests but the passenger-side small overlap test, where it was rated acceptable (out of a possible good, acceptable, marginal or poor). The front crash prevention technology and LED low-beam headlights of the RTL-E and Black Edition were rated superior and good, respectively. It’s rare to see headlights rated that well in the mid-size truck class, but other Ridgeline trims have halogen low-beam headlights that the IIHS rates poor.

Besides offering good ride comfort, an accommodating cabin and an innovative cargo bed, the Ridgeline also gives you a lot for your money. Priced around $43,000, our RTL-E trim was the least expensive truck in our comparison test. It wasn’t short on features and had a few, like a power moonroof and driver’s seat memory, that the other trucks lacked.

Some shoppers will question whether the Ridgeline is a real truck with enough truck attitude. We’ll leave the image question to you, but when it comes to doing truck things like hauling the occasional heavy payload, the Ridgeline is up to the task, and in everyday driving, it delivers a level of comfort and versatility other mid-size trucks can’t match.

BLACK EDITION 1. All black exterior details, red accents inside 2. Very user friendly dash and steering wheel controls. 3. Cabin is very comfortable. The back seats fold up to make for a great carrying area. 4. Tailgate swings down and opens horizontally, which makes accessing the bed much easier. I also love the truck bed audio and lockable storage area in the bed. 5. I'm loving the safety features!

I have owned 5 trucks over the years and this truck was the most comfortable. Even better than my Eddie Bauer F150. I can not believe it can tow, not because it won't pull the load but it will never stop the load. It really is like an EL Camino, car truck.

Most comfortable truck I have driven or rode in.

April 5, 2021
By Ridgelinelover from Fort White, FL
Used to own this car

I loved my Honda Ridgeline. It was so easy to drive and it drove like an comfortable SUV but has benefits of a truck. I loved the truck under the bed and the dual swinging tailgate. Unfortunately my husband wanted a Dodge Ram with a Hemi and he traded in the truck. Otherwise I would have owned it forever.

Rating breakdown (out of 5):
0 people out of 0 found this review helpful. Did you?
Show full review
See all 164 consumer reviews

News
Fuel Pump Recall in Store for 628,000 Hondas and Acuras 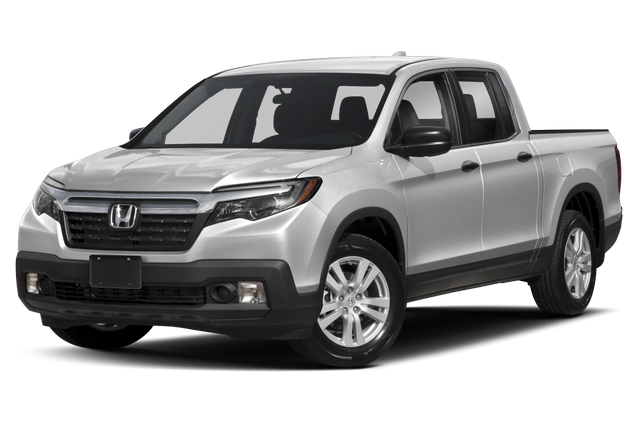 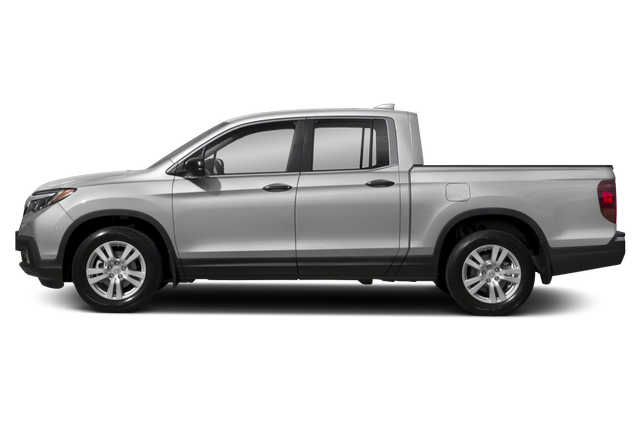 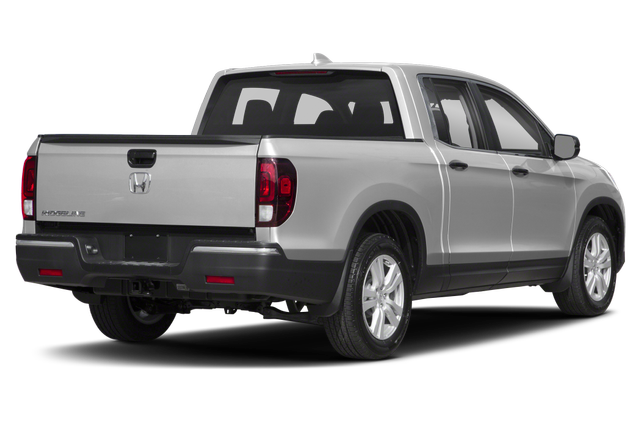 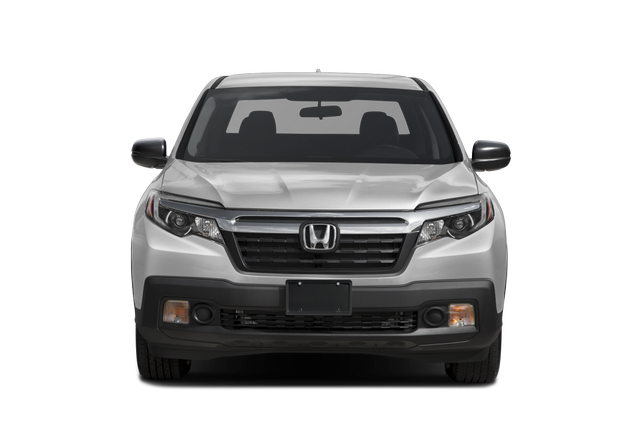 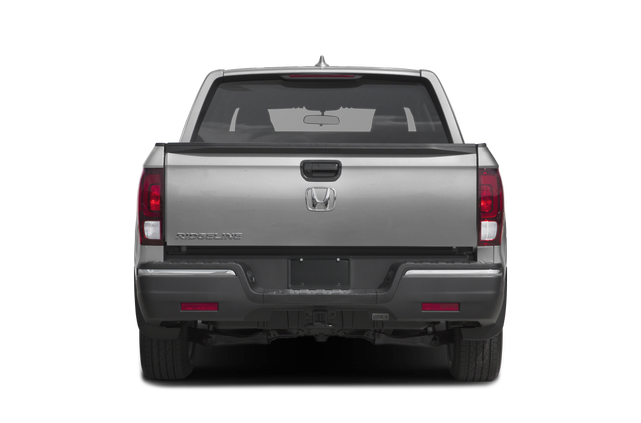 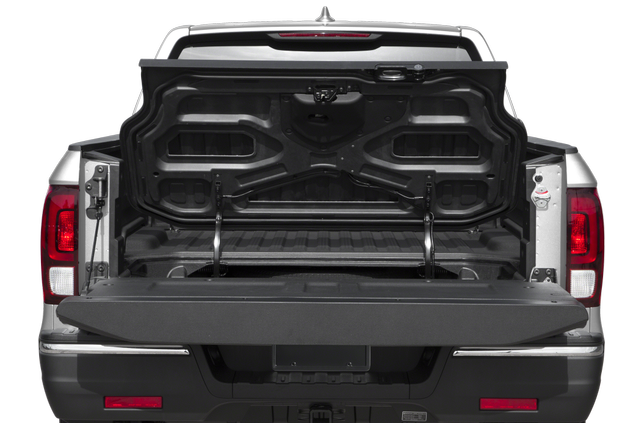 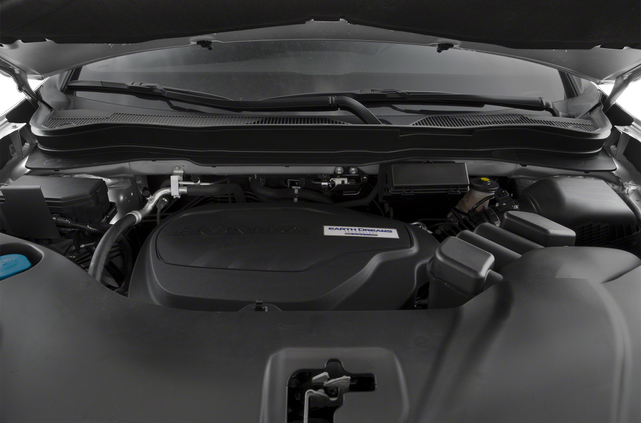 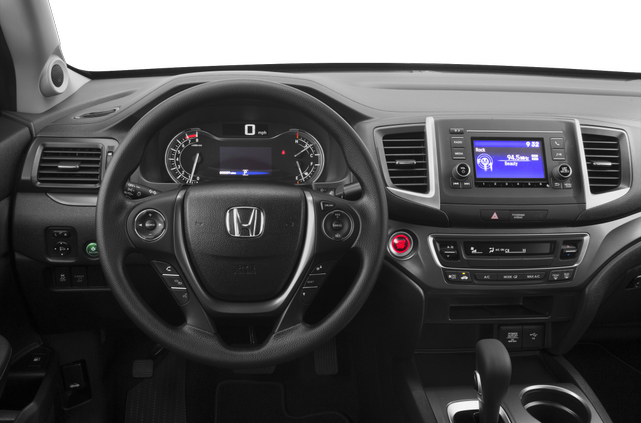 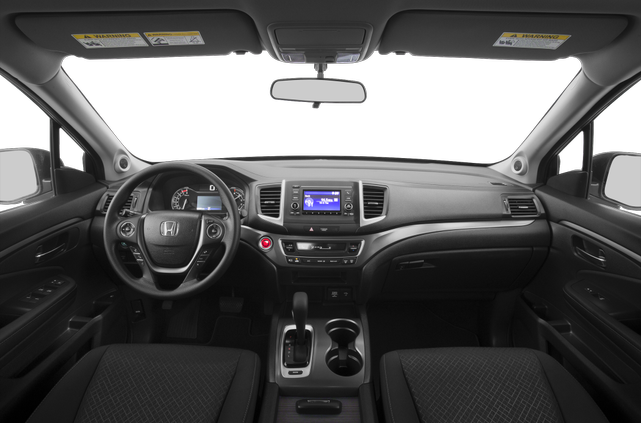 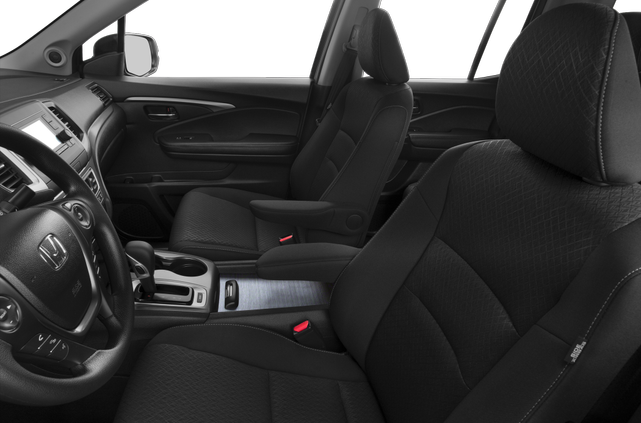 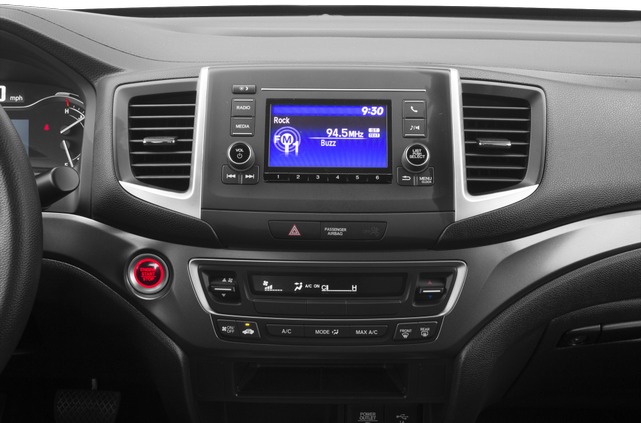 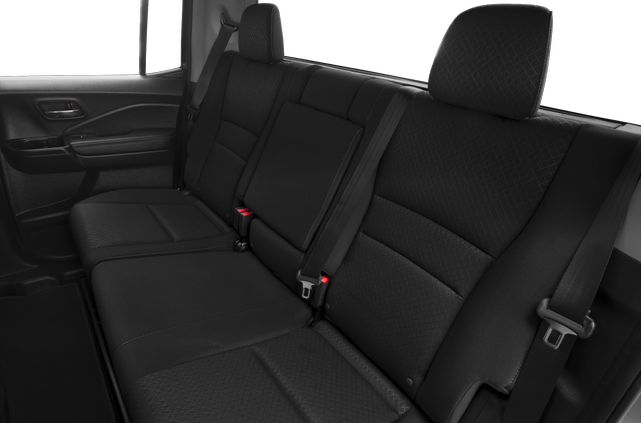 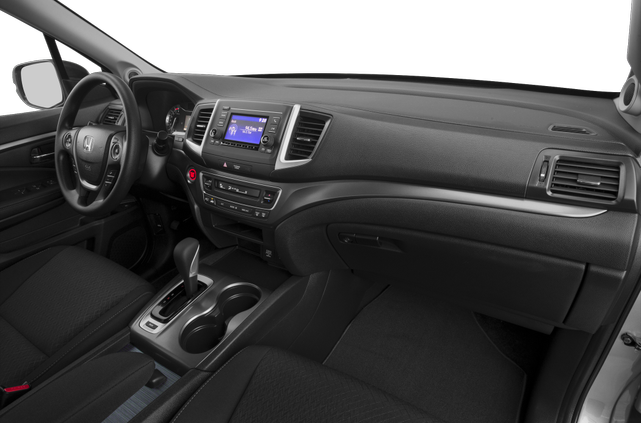 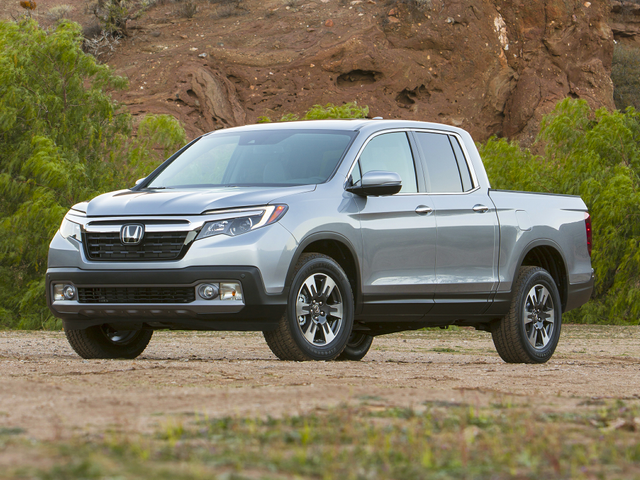 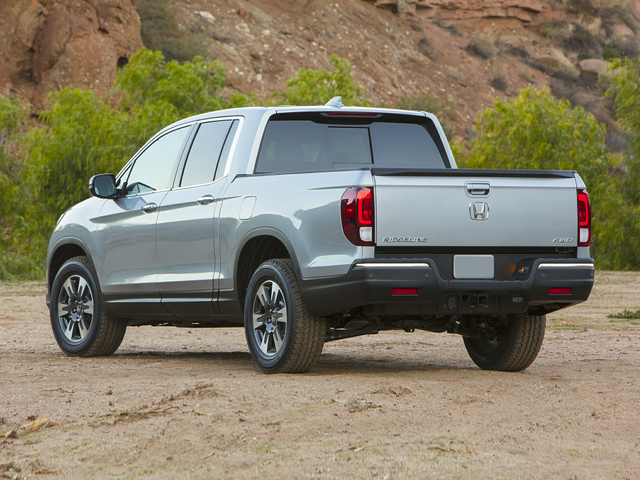 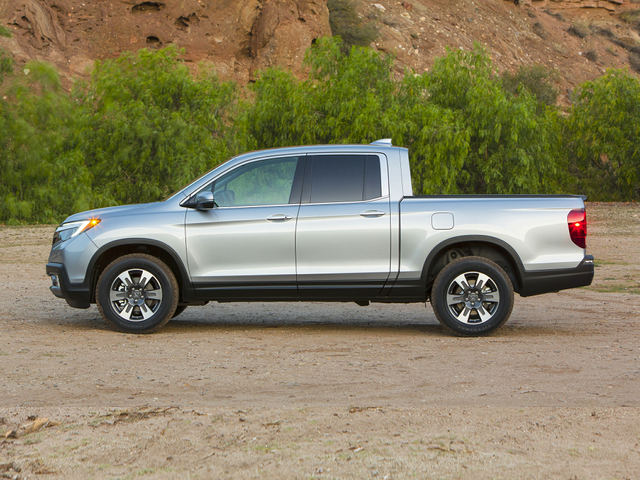 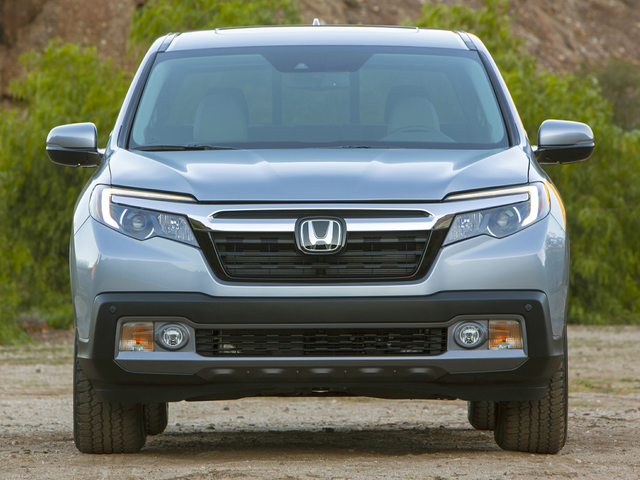 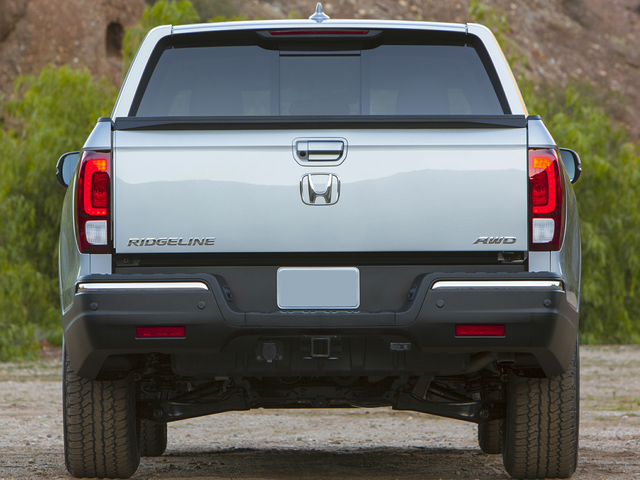 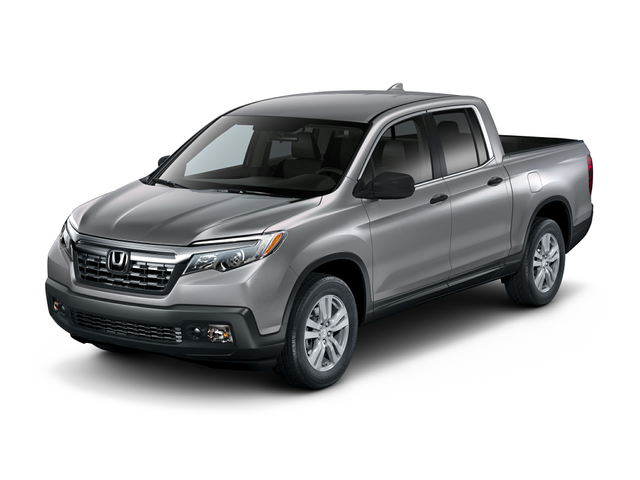 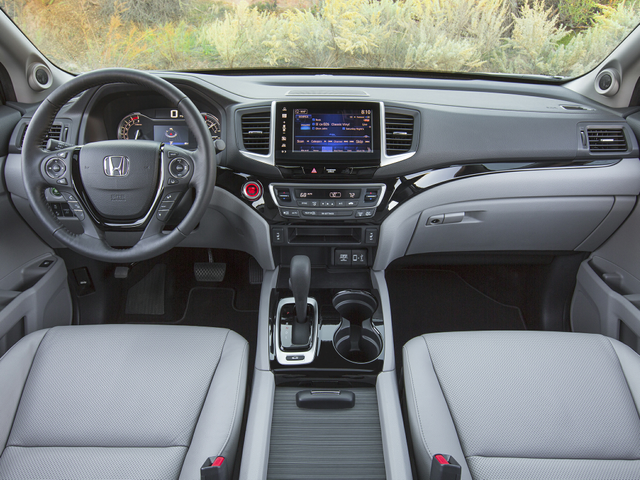 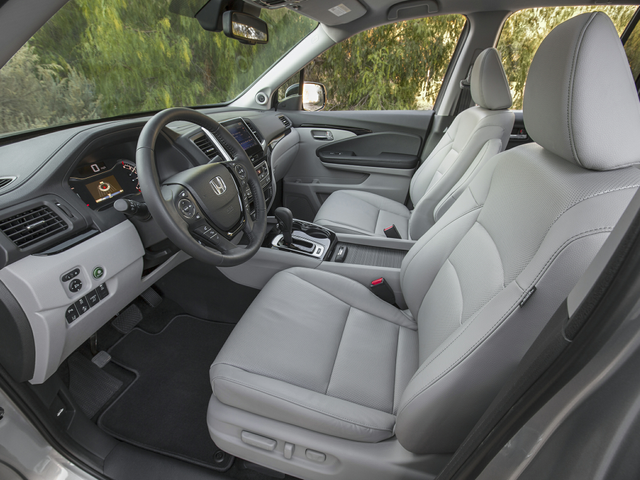 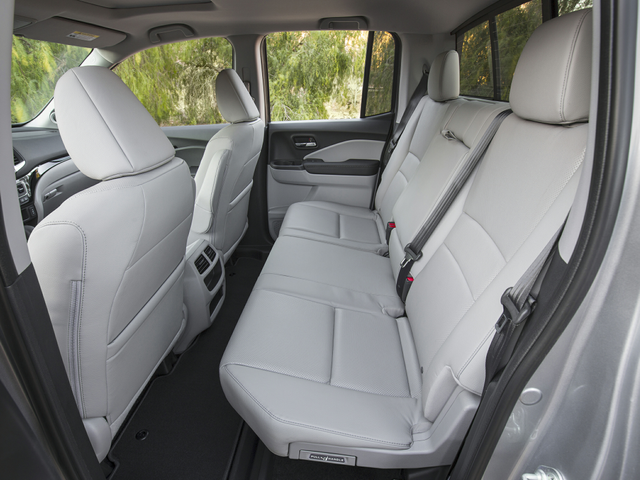