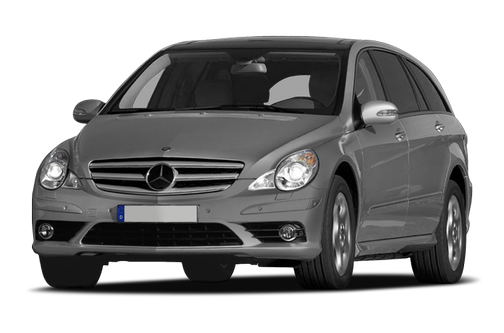 Our 2008 Mercedes-Benz R-Class trim comparison will help you decide.

Vehicle Overview
For 2008, the R-Class lineup has two fewer models than it did in 2007, as the R63 AMG and R500 models have been discontinued. The gasoline R350 and diesel R320 CDI continue on. Both offer seating for up to seven. The Lexus RX and Cadillac SRX are among the R-Class’ competitors. Introduced for the 2006 model year, Mercedes says the R-Class “grand sports tourer” is the company’s first model to blend the merits of a sport utility vehicle, sports sedan and luxury wagon.

The R-Class evolved from the Grand Sports Tourer concept of 2000. Marketers promote the R-Class for its style, sophistication and luxury.

Exterior
Front and rear design cues are modeled after Mercedes-Benz coupes and sedans. Rounded and squat at the rear, the R-Class flaunts a relatively long profile, and all R-Class models have 18-inch wheels.

The unibody R-Class wagon is about an inch longer than Mercedes’ flagship S-Class sedan. Two distinct sunroofs are optional: a conventional glass panel or a double-sized panoramic unit with a 5-foot, 7-inch glass panel. When opening the panoramic sunroof, half of the panel moves atop the other so headroom isn’t affected. Powered roller blinds in this roof protect occupants from the sun.

Privacy glass is standard, and a single-lift tailgate is installed. The R-Class’ fully independent suspension uses double wishbones up front and a four-link setup at the rear. A load-leveling rear air suspension is standard, and the driver can select from three operating modes: Normal, Comfort or Sport. Dealer-installed roof rails are available.

Interior
The R-Class provides space for up to seven occupants courtesy of three pairs of seats. Space between the first and second row measures 34 inches, with 30 inches between the second and third row. An optional second-row console contains additional cupholders, and bottle holders are located in each door pocket. The seats have leather inserts, and brown bird’s-eye maple wood trims the doors, dashboard and center console.

The four-spoke multifunction steering wheel features brushed-aluminum accents, and a new electronic gear selector is mounted on the steering column. The upper section of the two-tone dashboard arches over the instrument cluster, which holds two cylindrical binnacles for the speedometer and tachometer.

Weather-band reception is included in the standard radio, which has a single-CD slot and controls for optional satellite radio. An auxiliary plug in the glove box connects to MP3 players. Optional flat-screen monitors built into the back of the front head restraints can provide entertainment for rear passengers.

All the engines team with a seven-speed automatic. The transmission is able to skip as many as three gear ratios during downshifts to get the transmission in the proper gear. The R350 is now available with rear- as well as all-wheel-drive models.

Driving Impressions
The refined, versatile, luxurious R-Class yields a lush ride even when surfaces get rough. Few drivers could ask for a more satisfying luxury tourer for long hauls.

Handling is no less impressive. Steering feels just right for this new class of car, and it requires moderate effort with utterly satisfying response. The R350, with its V-6 engine, can scamper up grades almost as assertively, issuing only a little more engine noise.

Just a touch of driveline and road sound is evident, but the engine is nearly silent unless pushed hard. A nest of headrests impairs the rearward view, which is otherwise OK and helped by ample mirrors. The seats offer magisterial comfort and support, are wholly adjustable to suit one’s physique, and remain appealing even after hours of driving. Reflections are evident in the steep windshield, but they’re not too distracting. Cylindrical gauges are big and easy to read.

Love it. Suspension is so responsive. My R320 has AMG styling package plus a performance module. Hate having to sell it. Seats are very comfortable!

We have owned it since 2010 and have enjoyed the vehicle for the past 10 years. AWD and safe vehicle that will get 25+ mpg on the highway. Very sharp looking SUV/Crossover. Black exterior with 2-tone interior that is like new.

Bought it when it was already 7 years in service.

A great car with so many safety features and best value. Spacious interior and stylish exterior. I own a V6. It’s a pretty heavy car so V8 maybe better than V6?

All model years for the Mercedes-Benz R-Class 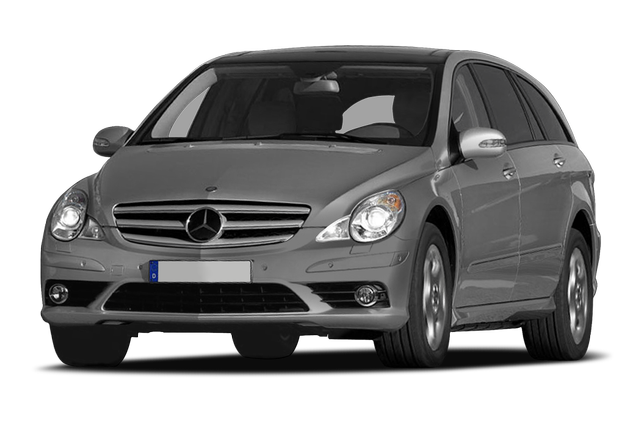 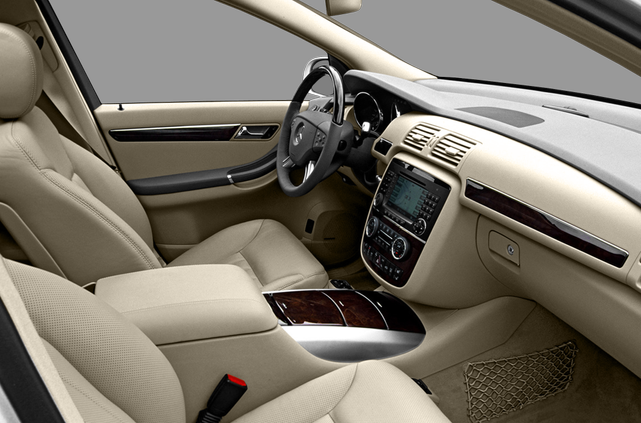 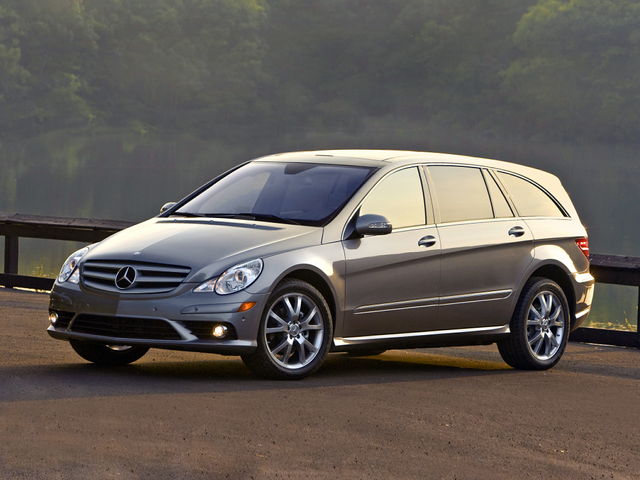 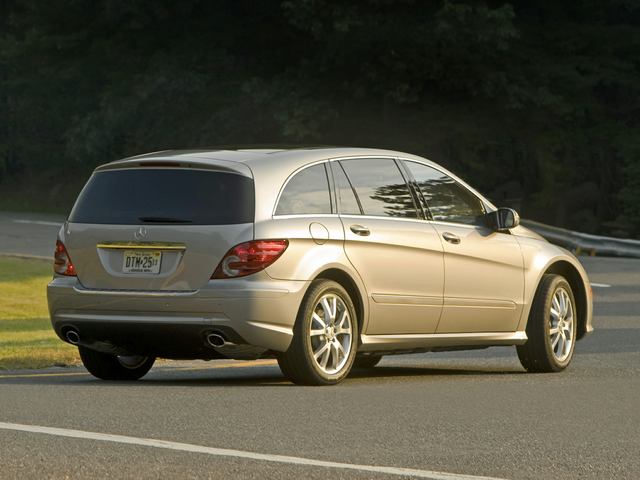 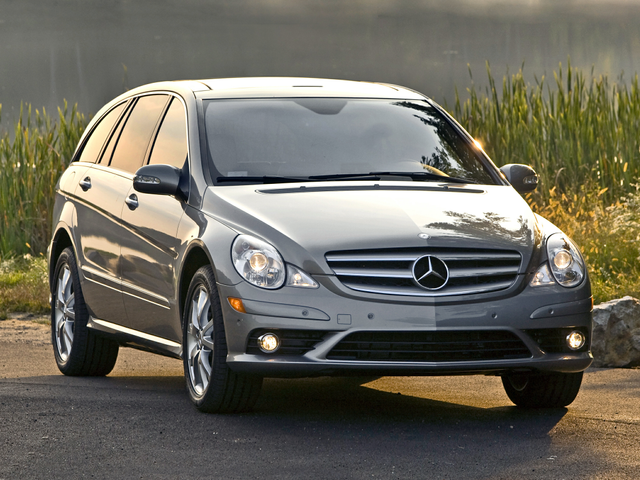 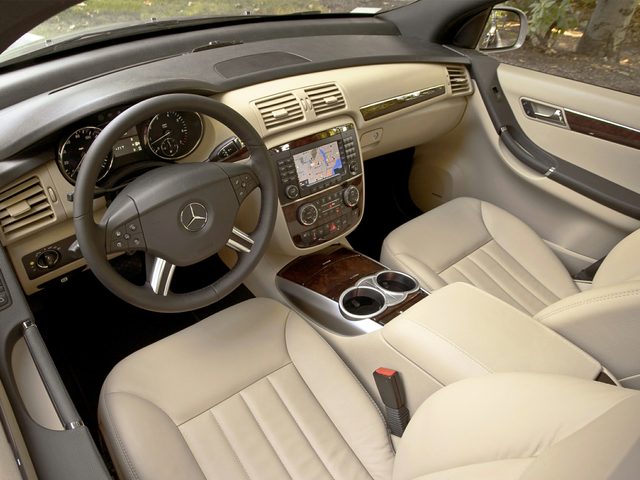 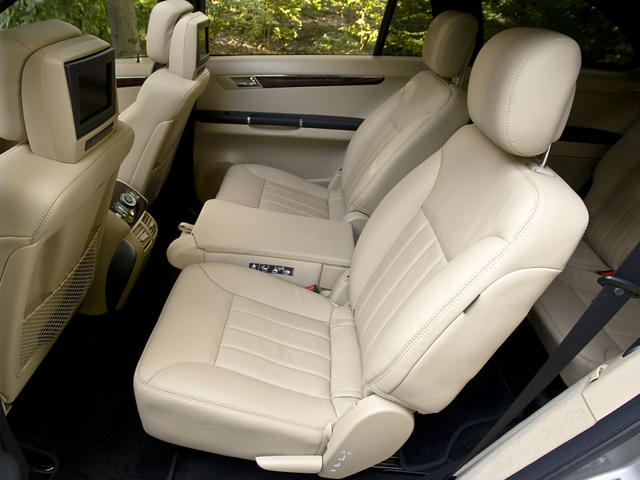 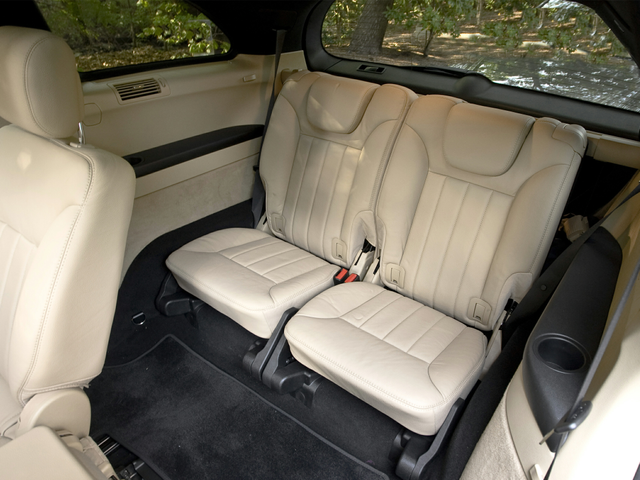