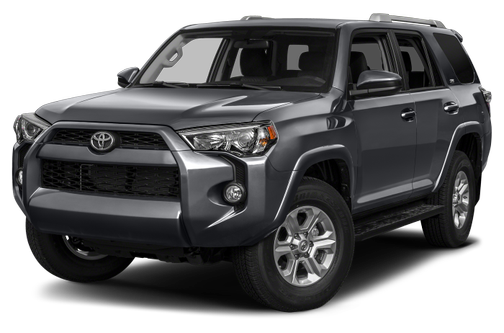 Our 2014 Toyota 4Runner trim comparison will help you decide.

The updated 2014 Toyota 4Runner’s greatest strength is how well it can be transformed into a well-equipped family mover, a down-and-dirty off-roader or a refined luxury four-door SUV.

Although this is technically a new, sixth-generation 4Runner, every significant change is purely cosmetic. The chassis and powertrain are unchanged from the fifth-generation model, so it’s a few design changes and infotainment upgrades that lead the list of what’s new for 2014.

The biggest changes come in the form of new grille, headlight and bumper treatments, along with an updated gauge cluster and center control panel inside. The midsize SUV continues to be offered in three trim packages, including the entry-level SR5, the Trail version with slightly more content and the more premium Limited. The Trail comes only with four-wheel drive, while the base and Limited offer four- or rear-wheel drive.

Performance
Mechanically, there’s nothing new or unique about the 2014 4Runner compared with the 2013. The SUV continues to be offered with the 270-horsepower, 4.0-liter V-6, with 278 pounds-feet of torque at 4,400 rpm. Regular fuel is recommended. The 4Runner’s transmission is the same five-speed automatic it’s had for years, and the EPA estimates gas mileage at 17/23/19 mpg city/highway/combined with rear-wheel drive and 17/22/19 mpg with four-wheel drive.

There’s no noticeable change in ride and handling for 2014. Throttle response is reasonable, but nothing exciting. The steering feel and response are probably the best of any vehicle in the class built on a ladder frame, but with so many competitors built on tighter, more carlike unibody platforms, the 4Runner is saddled with an internal disadvantage. Still, for those seeking something a little more rugged and capable, the trade-offs might be worth it.

It’s also worth noting that the Trail trim level offers many upgraded four-wheel-drive parts and pieces that place this vehicle in an elite crowd. Many traction devices from the bigger and heavier Toyota Land Cruiser and the nimble and adventuresome FJ Cruiser are available or standard on the 4Runner Trail, leaving it able to navigate harsh terrain much more confidently than most of its competitors.

Crawl Control and a Kinetic Dynamic Suspension System are two Toyota-exclusive technologies available on the 4Runner that help make it a safer and more accomplished backcountry, low-range ride. KDSS, designed to help keep the tires on the ground over rocky terrain, can also help the vehicle corner with more confidence at higher speeds.

Finally, while it’s a small detail, the brake hoses have been upgraded, making the brakes feel more responsive and providing a more solid pedal feel.

Exterior Styling
All the models have a new grille shape and design, with a wider, gaping lower section that’s optimized for better cooling and to deliver a more aggressive first impression. The headlights have been narrowed, resculpted and upgraded to projector lamps; they now look less like the FJ Cruiser’s lights. As you might expect, the Limited front end offers more shiny accents, with a unique chrome bumper bar bisecting the front-end opening. SR5 and Trail models have a body-colored grille crossbar that has a more wide-mouth-bass look. The Trail includes silver paint on the bumper’s center section, making it look like a skid plate, while the SR5’s bumper is body-colored. Additionally, the Limited uses a more traditional fog-light setup in the front bumper, where the two lower trims have a parenthesislike design under each headlight to house the integrated fog lights.

In back, new taillights now offer a pair of newly designed LEDs. Of special note, the rear taillights (and the rearview mirrors on some models) include small, air-guiding spines designed to channel air and increase air pressure on the side of the vehicle to help with stability at speed. These “vortex generators” are used extensively on Toyota’s bigger Tundra pickups as well, but we expect they’ll carry over to the other SUVs in the Toyota lineup. Although we didn’t notice any difference in the new 4Runner’s performance or handling during our two days with the SUV, Toyota engineers said they found fuel economy and rear stability improvements in their testing.

Each trim gets unique wheel options. The SR5 and Trail are offered with 17-inch rims while Limiteds get 20-inch, black-accented alloy wheels. An optional TRD Package offers 18-inch wheels.

Interior Styling
Consumers will appreciate small improvements to the interior. For 2014, the gauge layout is easier to read and more refined. Gone is the large single speedometer in favor of a more conventional dual-gauge speed and tachometer readout, with a new 2.2-inch information screen sitting right in between the gauges. The screen offers standard information like real-time fuel economy, outside temperature, door-ajar lights and — our favorite readout — the Eco meter that lets you modify your pedal touch in order to stretch your mpg.

Each of the three trim levels has been updated with more content. All models have better-quality seat materials, much better and tighter dash and console seams, and a new padded steering wheel with easy-to-read and simpler-to-understand controls. Even the entry-level SR5 has the new gauge cluster, a better-organized air-conditioning-control setup in the center control panel, a standard eight-way adjustable driver’s seat and a good-quality backup camera that’s now standard across the lineup, with or without the optional navigation system.

The Trail model includes all the standard SR5 features as well as new seating materials that allow for better breathability in hot or cold weather. Special options include KDSS and a sliding rear cargo deck. Both the SR5 and Trail also offer a new Premium level upgrade that gives consumers the next-generation Entune infotainment system as well as upgraded SofTex seats.

We spent quite a bit of time with the new Entune setup. Our first impression is that the larger touch-screen is a huge improvement, looking and working more like an iPhone. It provides apps with sliding screens for your music files, internet access, tracking of your favorite sports team, real-time weather and traffic, maintenance updates and more.

Limited models include all the features and upgrades from the SR5 and Trail, as well as heated and ventilated front seats, new trim pieces, red stitching on the seats and a premium audio system along with Entune. As on the previous generation, options include automatic power-extending running boards, a sliding cargo deck and under-floor storage, and a third-row seat.

Safety
The 2014 4Runner hadn’t been crash-tested as of publication.

Like the 2013 model before it, the new 4Runner retains all the standard safety features included in its Star Safety System (stability control, traction control, antilock brakes, etc.), as well as eight airbags, with a modified side airbag for 2014 that’s designed to better protect the thorax, abdomen and pelvis. The side curtain airbags extend to the third row in vehicles equipped with one. Additionally, Toyota has made a backup camera (it displays in the rearview mirror when there is no navigation system) standard on all 4Runners; likewise, trailer-sway control is also standard.

Other 4Runner safety features include automatic collision notification and park assist on all Limited models.

4Runner in the Market
The 4Runner sits nicely in the middle of Toyota’s SUV/crossover offerings, with the RAV4, Highlander and Venza below it and the more massive Sequoia and Land Cruiser above it. Within the broader SUV segment, which includes a wide variety of types, shapes and sizes, the relatively unique Toyota 4Runner competes quite well. The 4Runner continues to be a versatile player in the segment for customers who like adventure-oriented capabilities — whether they plan to explore mountain campsites or just want to look like they can.

Toyota says it will price the 2014 model more aggressively to improve sales (in the past three years it’s sold just less than 50,000 units per year in the U.S.), and much of that strategy hinges on trying to pack more content into the entry-level SR5 and the Trail versions. Toyota will keep the top-of-the-line Limited as sophisticated and urban as possible; average transaction prices for the top level hover around $45,000. Traditionally, Toyota SUVs have been able to charge a premium, but we expect pricing for 2014 to be very similar to 2013 models, even with each trim getting more content.

It’s a great ride if robes good. The is nice the seating is leather, comes with a sun roof. Everything at the dealership were very nice and will to accommodate me. My husband drove it home and I’m driving it to work today.

Love the exterior appearance, the 4 wheel drive and other options and it is very comfortable to drive. Also plenty of room and features. Drives like a new car.

January 12, 2021
By Jesus “sport fan” from Pennsylvania
Owns this car

Rating breakdown (out of 5):
2 people out of 2 found this review helpful. Did you?
Show full review
See all 70 consumer reviews

All model years for the Toyota 4Runner 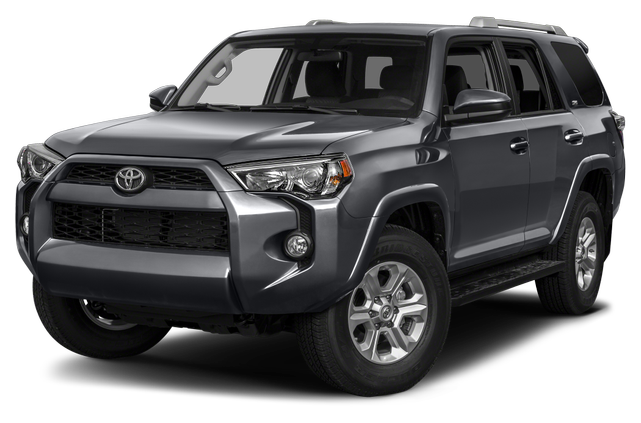 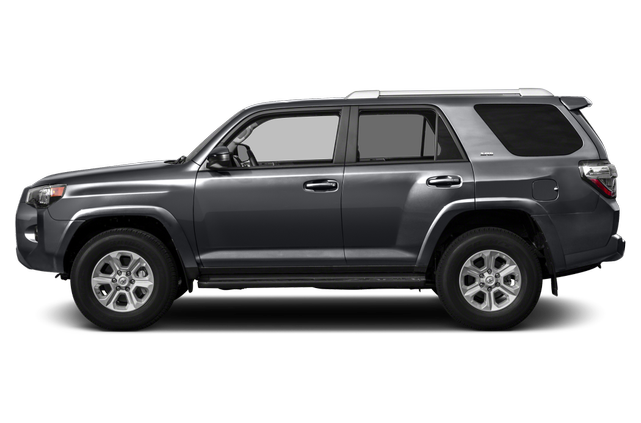 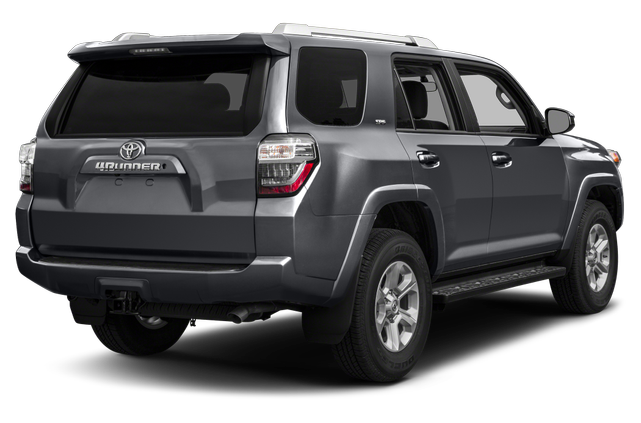 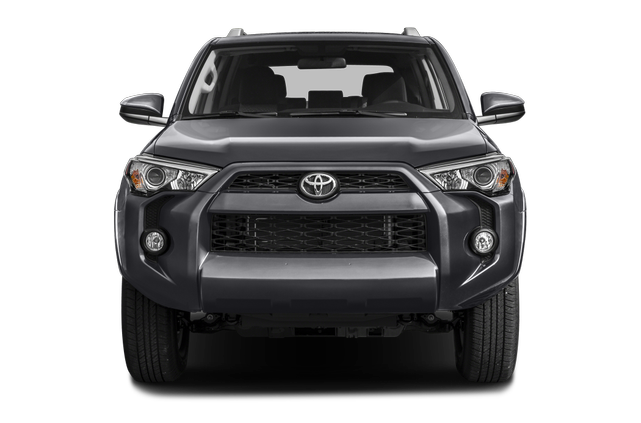 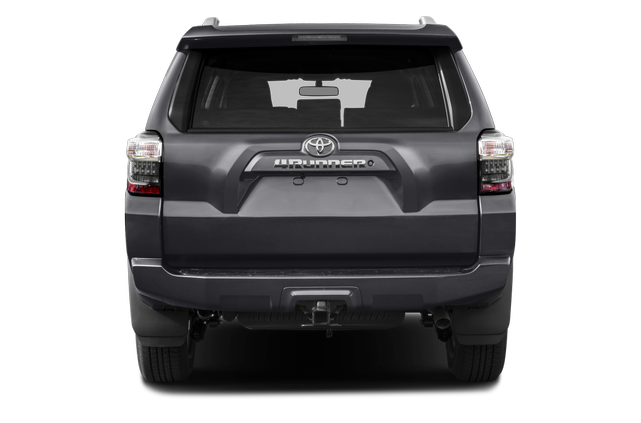 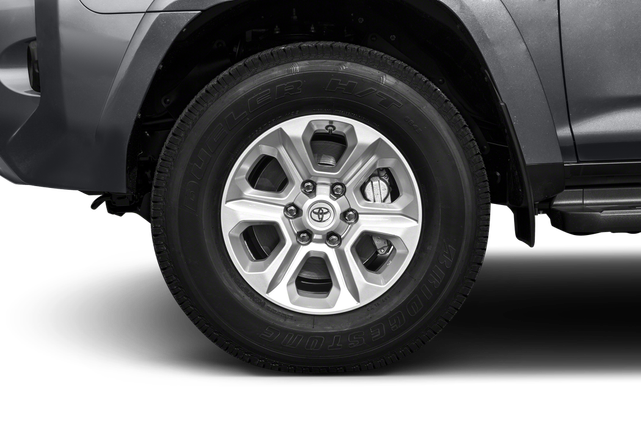 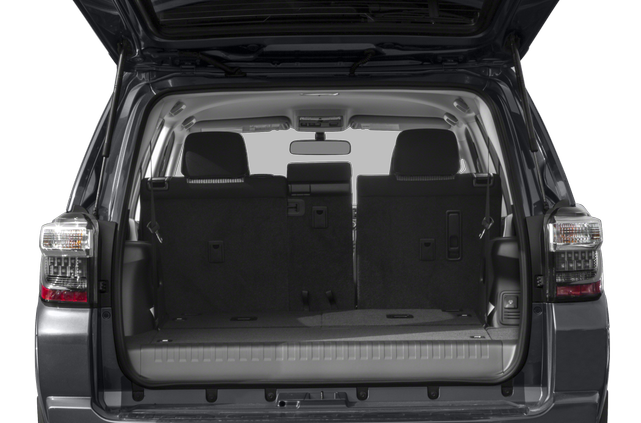 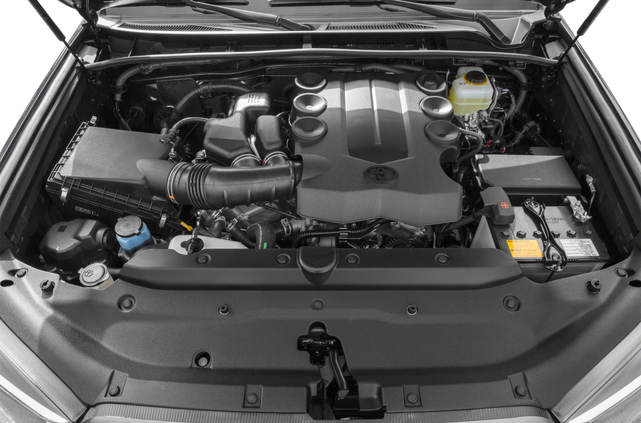 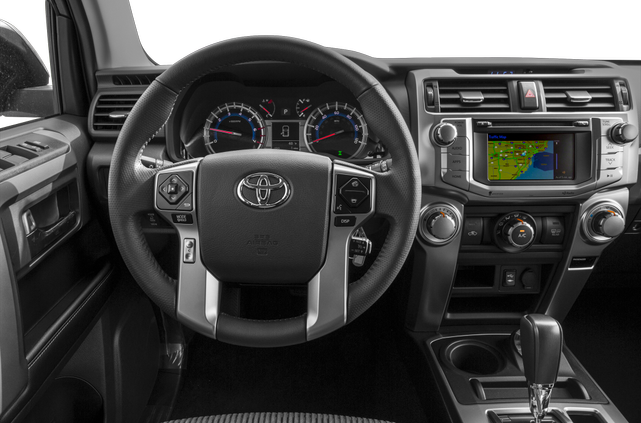 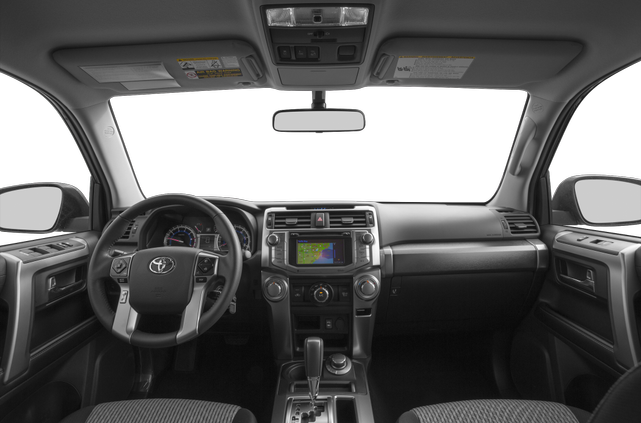 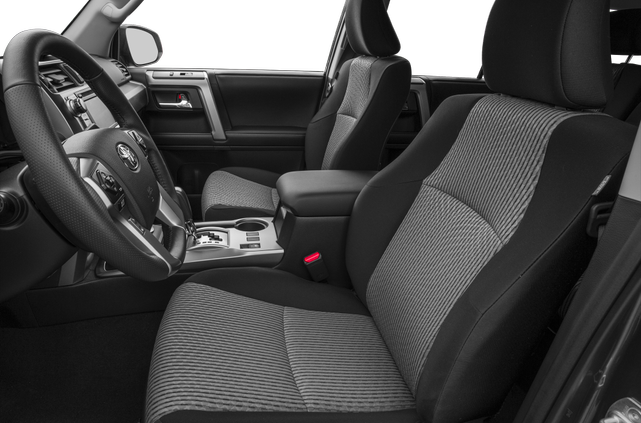 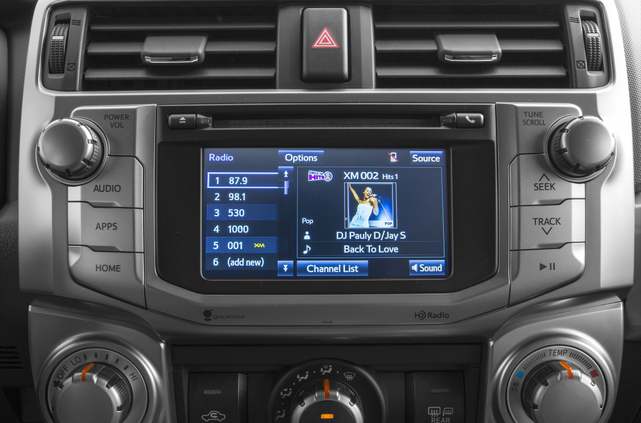 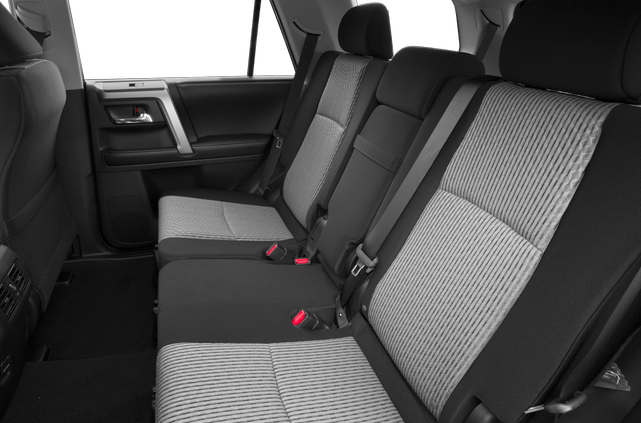 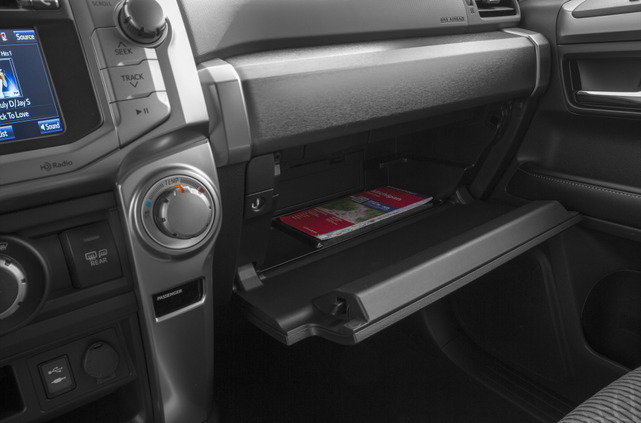 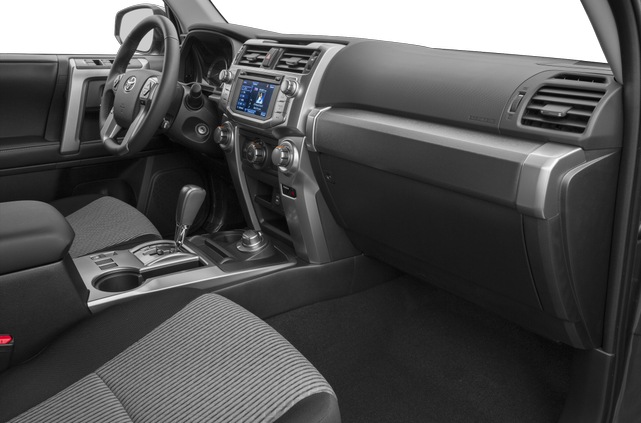 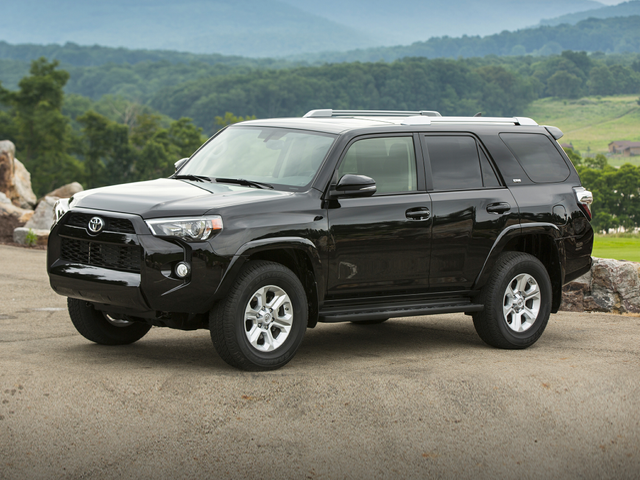 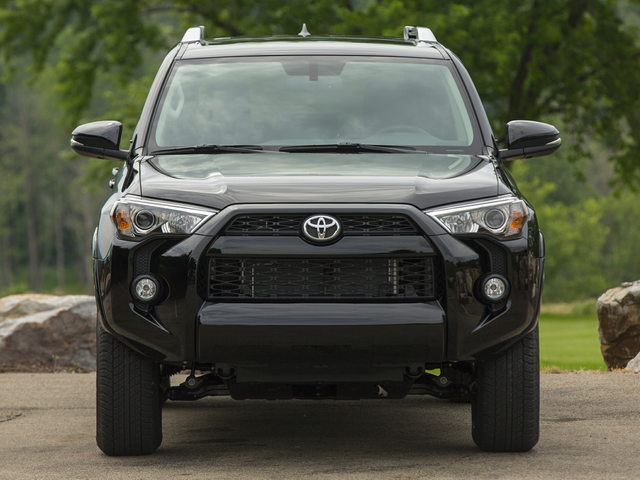 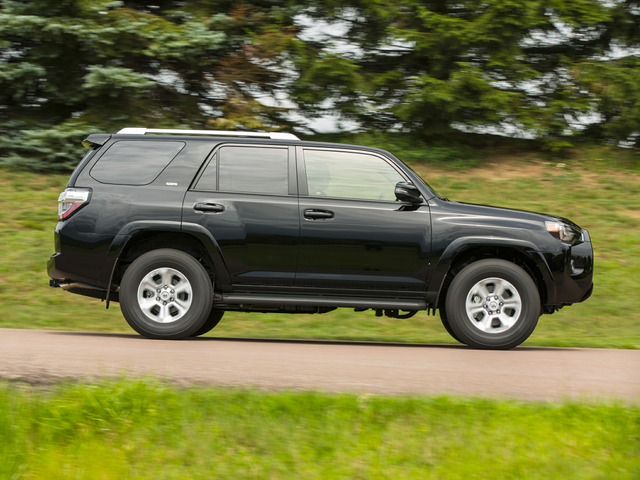 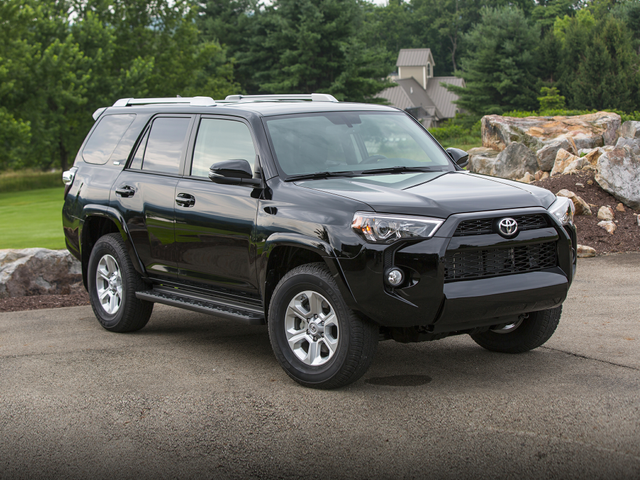 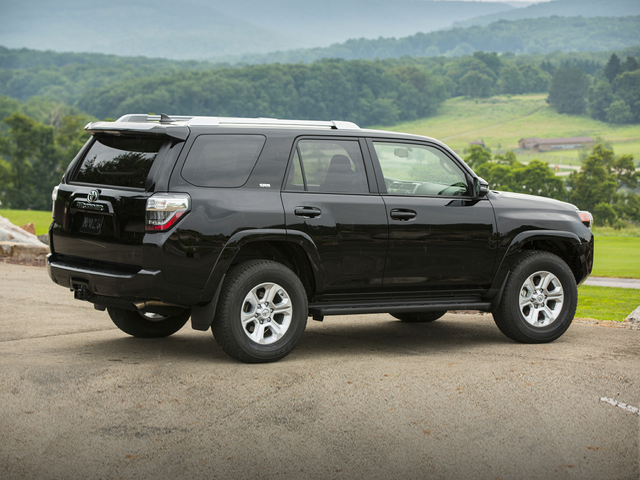 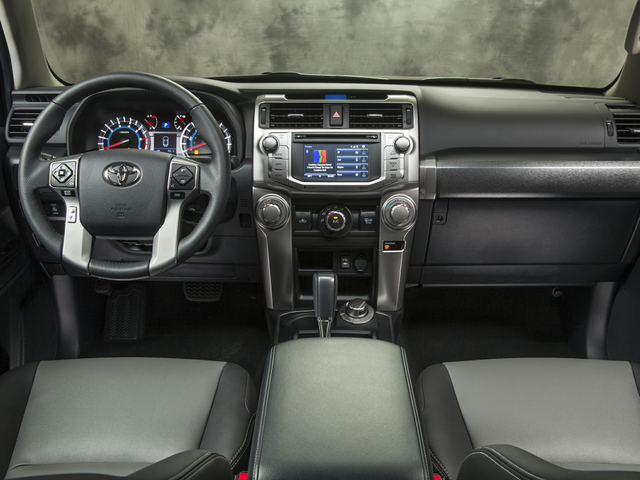