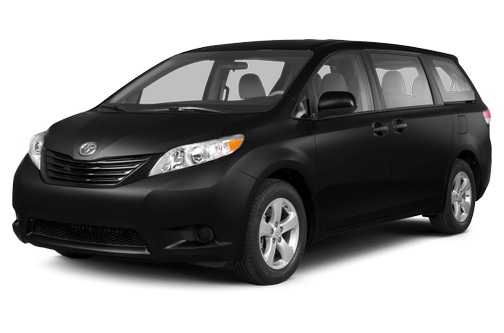 Our 2013 Toyota Sienna trim comparison will help you decide.

Toyota offers an expansive vehicle lineup that starts with the tiny Yaris and climbs to the humongous Land Cruiser. Plenty of its cars make good family-mobiles, but those looking for loads of room and features would be best served by its minivan, the Sienna.

Not much has changed on the minivan since it was redesigned for 2011. For 2013, it loses its available four-cylinder engine and certain trims gain some new safety and convenience features. Compare the 2012 and 2013 model years here.

There are several major players in the minivan class, including the Honda Odyssey and the Chrysler Town & Country/Dodge Grand Caravan twins. Compare all four here.

The first row has a really open and inviting feel, but the dashboard is an expansive sea of hard plastic. Some extra padding in key areas, like the door panel, would make it more elbow-friendly. A lot of rich-looking imitation-wood trim in my top-of-the-line Limited test car classed it up, but beware of much more plastic in lower trims. In fact, cabin chintziness was one reason why this generation of the Sienna finished at the bottom in Cars.com’s 2011 Minivan Shootout.

The large dashboard also leaves plenty of room for button overload. Visually, the sweeping control panel has too many of them for my liking, but at least the climate controls are intuitive. The audio functions are incorporated into the small touch-screen, but they’re easy to use too. The touch-screen itself reacts quickly to inputs, and the optional navigation system was a no-brainer to operate.

The first row’s wide, long seats are really comfortable; they’re both supportive and cushy, and leather is standard on higher trim levels. A couple different types of cloth, including a new stain-resistant one, are standard on lower trim levels.

The Sienna has seating for seven or eight on standard second-row buckets or a bench. The eight-passenger bench has a center-mounted jump seat that can be stowed in the cargo area when not in use, providing a configuration similar to the captain’s chairs. Although the second-row captain’s chairs are comfortable, they’re a pain when it comes to anything other than sitting. They don’t fold in a useful way: If frequent trips to Ikea are on your agenda, you’ll have to remove the heavy seats to make room — and the multistep process is about as complicated as assembling cheap Swedish furniture. The second-row seats sit at one end of the flexibility spectrum, opposite Chrysler’s Stow ‘n Go buckets, which fold quickly and easily into the floor but are not as comfortable.

All minivans are roomy (check out the table below for specifics), but what keeps them competitive is how they adapt to a family’s needs and the level of innovation taken to do so. Toyota’s contribution is the Sienna’s lounge seating, which is standard on Limited models. In reality, the seats are more gimmicky than useful. If you slide the captain’s chairs all the way back (no one can sit behind you), you can pop out the leg rest and recline the seat. The van’s engineers likely envisioned a living room recliner, but it feels more like a dentist’s chair.

Folding the Third Row — Let’s Get Physical
Where the competition gets another leg up over the Sienna is cargo versatility. By the numbers, there’s plenty of room, beating out the competition in both maximum cargo volume and room behind the third row. Accessing that space, however, is tougher. In fact, it’s an aerobic workout.

Like the second row, folding the third is a multistep process, and the seats are pretty heavy; only front-drive Limited models offer a power-folding feature as standard. In my all-wheel-drive van, I had to get into the cargo area to get enough leverage to fold the seat — a first for me — and it wasn’t pretty. First, pull a strap to fold each of the 60/40-split seatbacks down, then pull a handle to nestle the seatback and bottom into the cargo well. The result is a flat load floor, but the process requires much less sweat in competing vans.

Although the Sienna doesn’t offer under-floor storage cubbies like the Chrysler vans, cargo room is pretty competitive. There’s a huge, deep storage well behind the third row when the seats are raised, and all three rows are filled with cupholders (there are 10 to 12 total, depending on trim level) and small cubbies. The front row’s sliding center console is particularly useful; it opens to reveal a couple of storage areas and cupholders and extends to reach the second row. For useful storage spaces, the Honda Odyssey is tough to beat. The winner of Cars.com’s 2013 Family Car of the Year award has 15 bottle and cupholders, a pop-up trash-bag holder and a cubby that cools up to four drinks.

This Minivan Is Quick, Really
One of the Toyota Sienna’s biggest strengths is its unexpected peppiness. Low-end power from a stop is strong, and it gathers steam steadily thanks to a prompt six-speed automatic. The standard 3.5-liter V6 has plenty of power for the highway too; the four-cylinder was dropped for 2013.

The Sienna is still the only minivan with available all-wheel drive — often on the must-have list for snow-belt families — but you’ll pay for it at the pump. Two-wheel-drive versions are rated 18/25 mpg city/highway, and AWD V6 models at 16/23 mpg. The most efficient minivan in the class is the Odyssey, with an EPA rating of 19/28 mpg, though that’s with the more expensive of two available transmissions, a six-speed automatic.

Although the Sienna’s drivetrain is much smoother than the Town & Country’s, it’s also far less quiet. In fact, it may be louder than your kids. It’s gruff at idle, and engine noise escalates intrusively. Wind and road noise, however, are well-checked (or maybe drowned out by the powertrain).

Ride and maneuverability are also high points. The Toyota Sienna feels pretty composed, with good bump absorption and road isolation. Despite its long length, it’s also surprisingly maneuverable, thanks to one of the smallest turning circles in the class. Body lean is definitely present, especially on highway off-ramps, but handling never feels sloppy.

Features & Price
Base, front-wheel-drive models start just more than $27,000, and the line tops out around $42,000 for a Limited model with AWD (all prices include destination charges). My test car was decked out with options like a 16.4-inch dual-screen entertainment system, navigation and a wide-angle rearview camera; it checked in at $47,100. All trims come standard with tri-zone climate control and air conditioning.

If that sounds like a lot for a minivan, it is. Competitors offer expensive topline trims too — a Town & Country Limited starts just more than $41,000 and an Odyssey Touring tops $44,000 — but your dollar goes a little further with them. For example, the base Town & Country has standards that the base Sienna doesn’t, including leather seats, a Stow ‘n Go second row, a single-screen DVD player, a backup camera, power-adjustable pedals and power-sliding side doors. If your kids want DVD entertainment in the Sienna, you’ll have to opt for a pricey package.

Safety
In Insurance Institute for Highway Safety crash tests, the Toyota Sienna earned the top score, Good, in frontal, side-impact, rear-impact and roof-strength tests. The Chrysler Town & Country, Dodge Grand Caravan and Honda Odyssey also received Good scores in all those tests. In National Highway Traffic Safety Administration testing, front- and all-wheel-drive versions of the 2013 Sienna earned an overall score of four out of five stars. The Odyssey has a five-star rating.

Toyota’s minivan offers plenty of standard safety features, with a full complement of airbags including a driver’s knee airbag and side curtain airbags that protect all three rows. A backup camera is standard on all but the base model; a wide-angle version is also available. The Limited trim now comes with a blind spot warning system; it’s optional on other models.

Click here for a full list of safety features, and see how the Sienna accommodates child-safety seats in our Car Seat Check.

In the Market
At the beginning of this decade, crossovers threatened to turn minivan body-types into dinosaurs, but innovation has kept the segment alive and attractive to families — with little thanks to the Sienna. Toyota’s minivan has plenty of room and is surprisingly quick, but engine noise and unwieldy seats are big annoyances. All minivans make parenting a little easier. The Toyota Sienna does, too, but in several ways, the competition does it better.

Most reliable new car I have ever owned.

April 27, 2021
By Pipaye Faye from NANTICOKE
Owns this car

This vehicle has been extremely reliable and fits my needs for hauling lots of cargo and pulling a utility trailer. The engine has great power and the interior comfort if excellent. It make long trips very comfortable. It is the main reason why we purchased a second Sienna, 2021 XLE AWD.

The Sienna is a great vehicle for trips. Hauls people and everything in comfort. Has lots of safety features and is very reliable. Better looking than the new Toyota models.

I was cheated out of the price of this car. A price that is too high for the conditions of the car. Many mechanical and other problems

Rating breakdown (out of 5):
0 people out of 3 found this review helpful. Did you?
Show full review
See all 105 consumer reviews 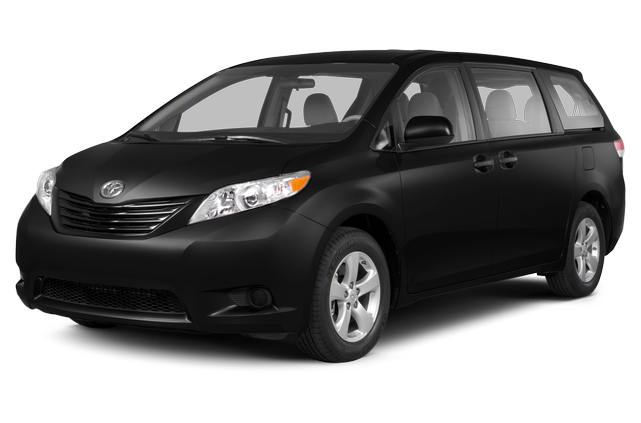 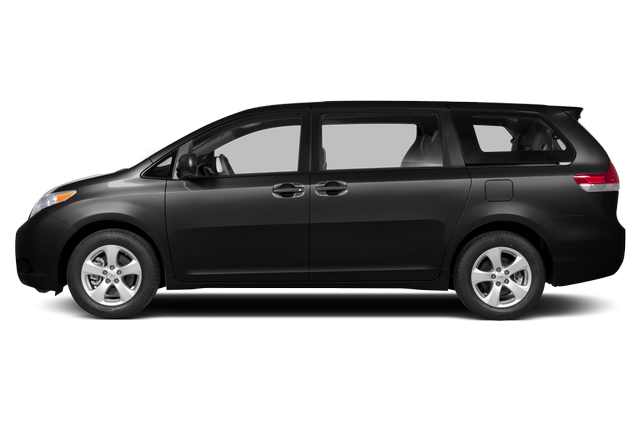 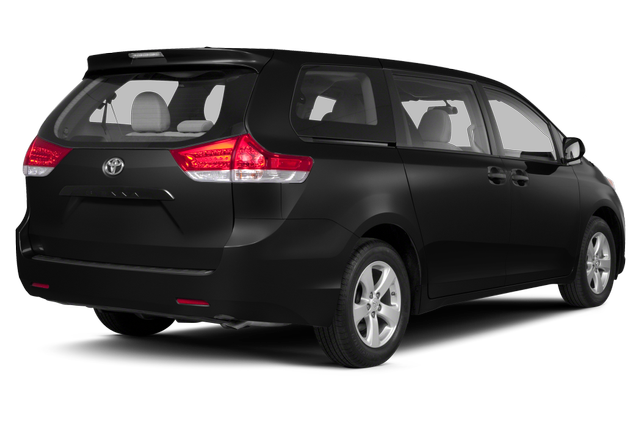 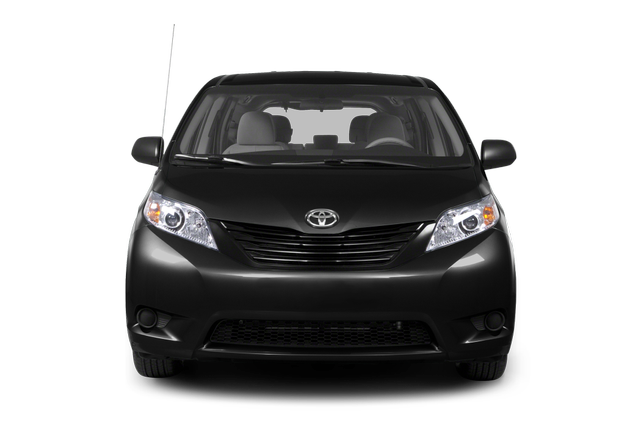 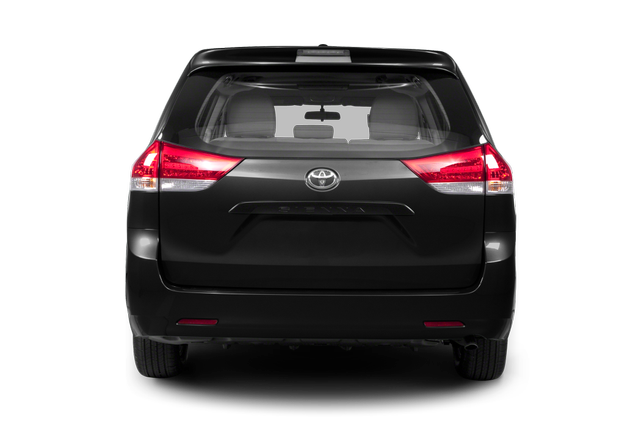 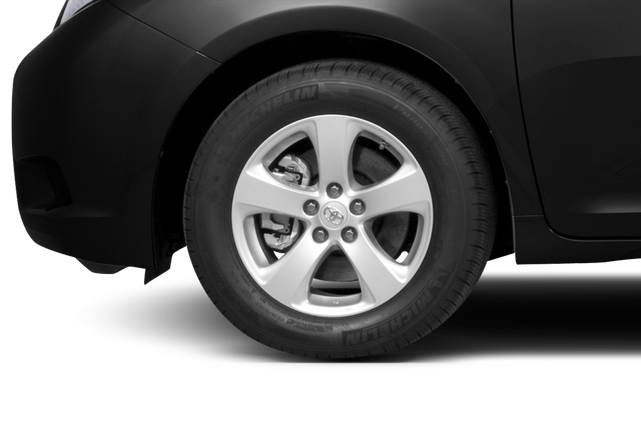 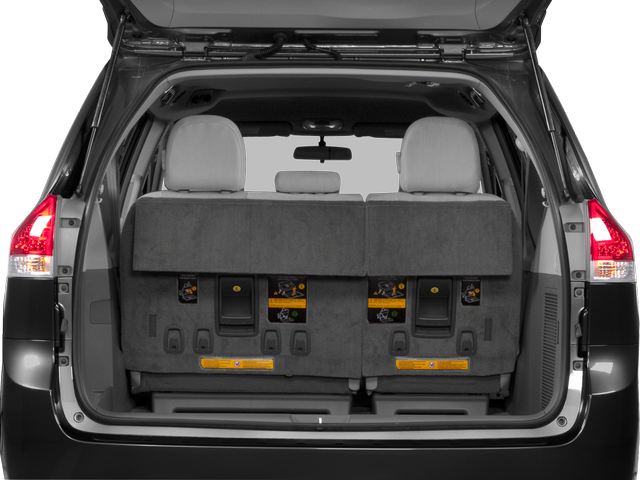 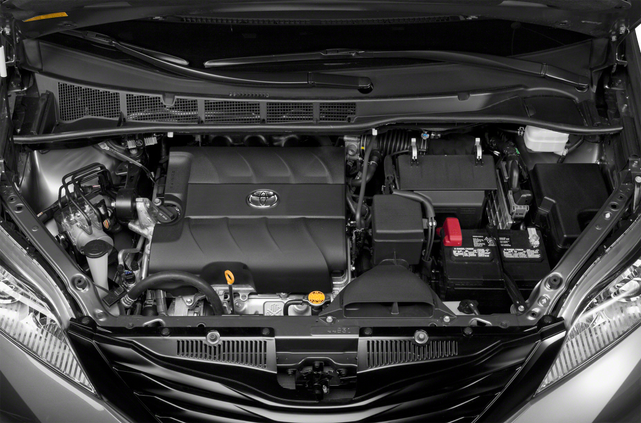 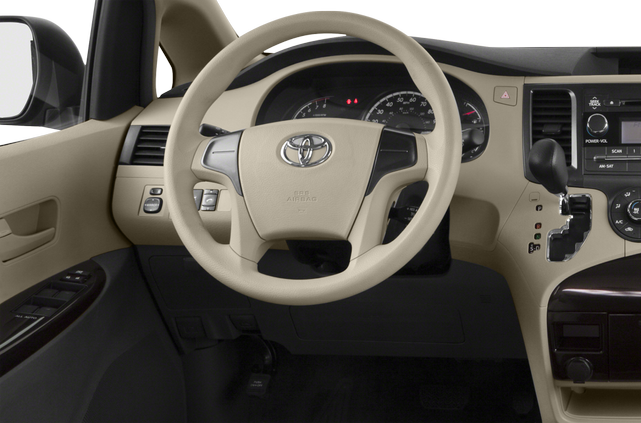 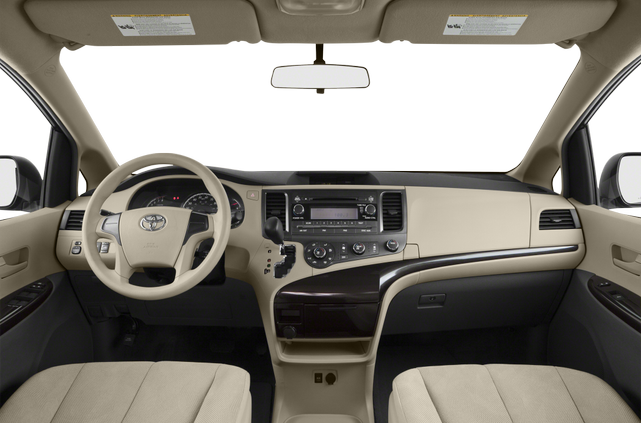 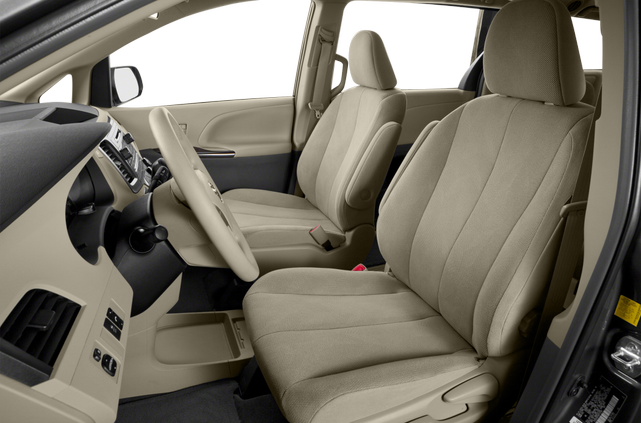 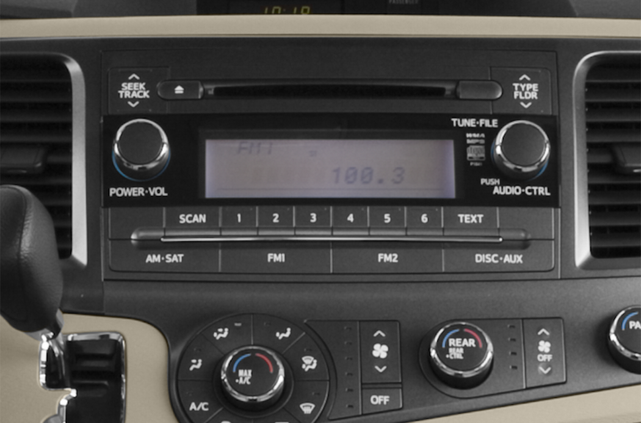 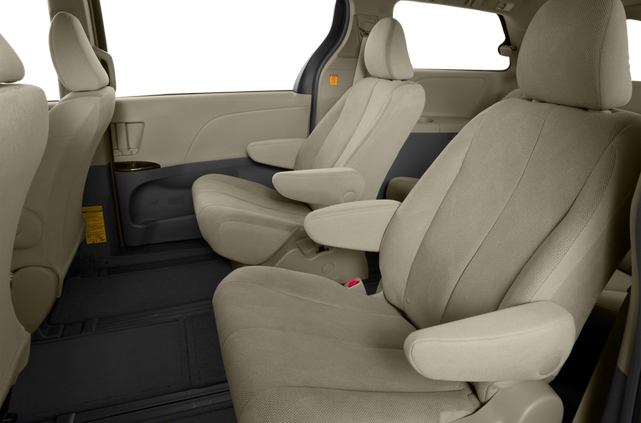 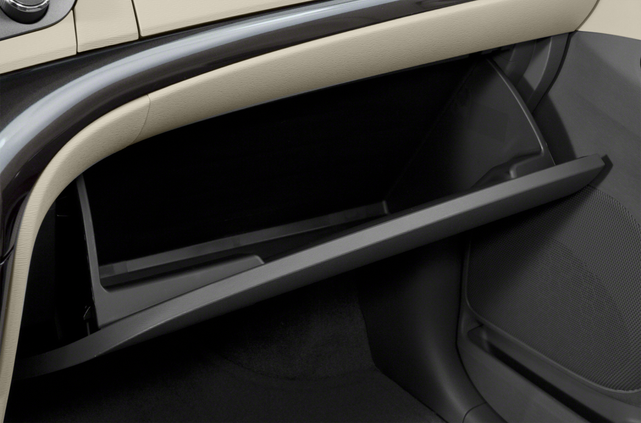 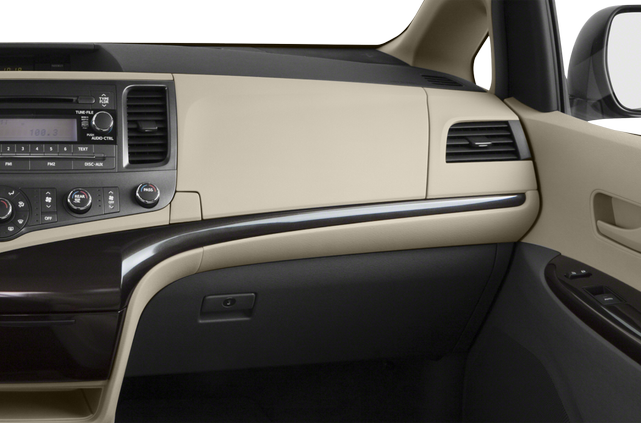 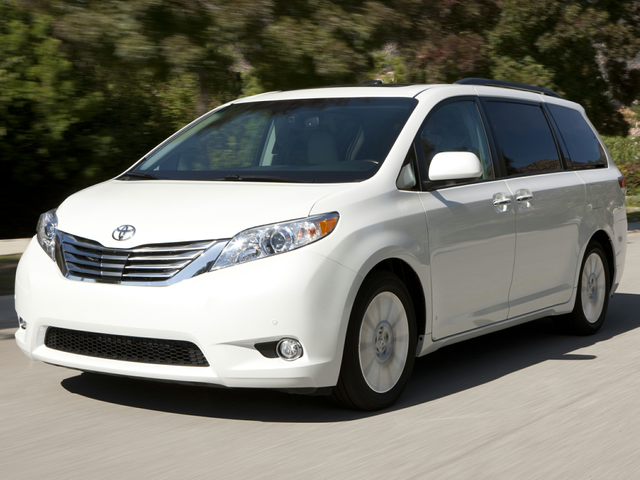 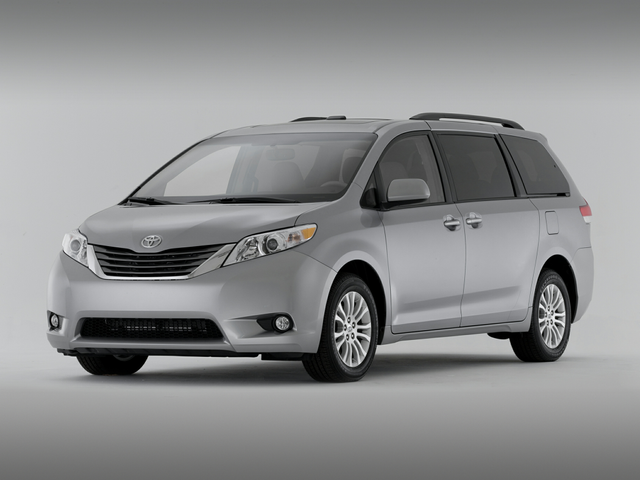 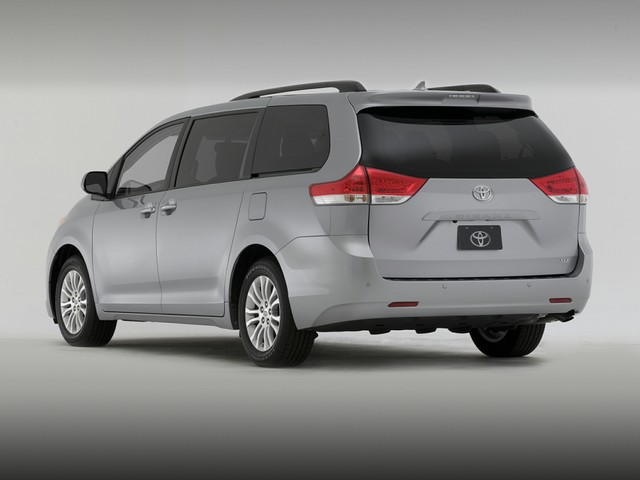 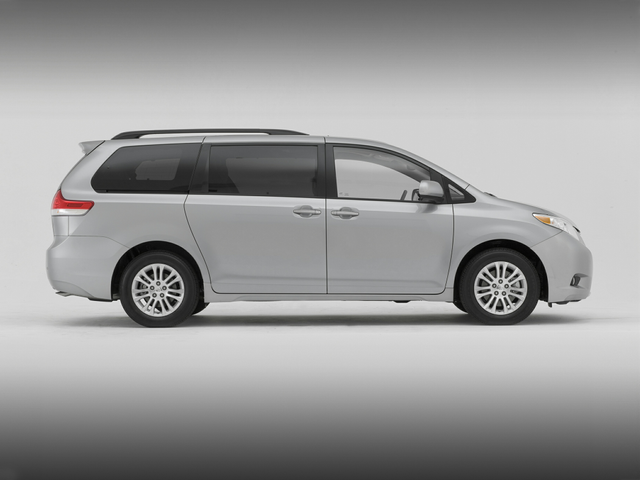 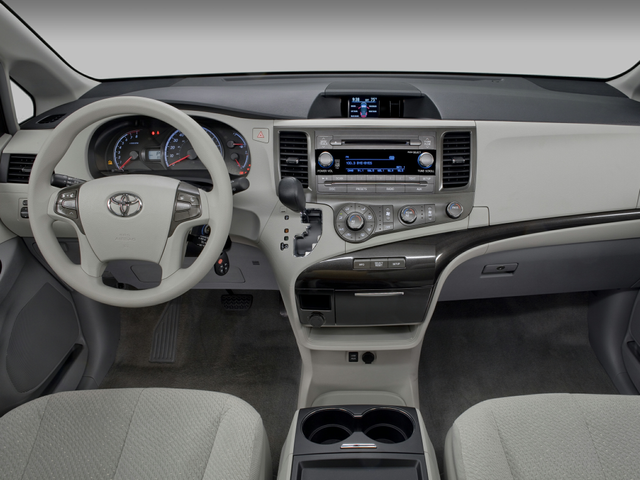 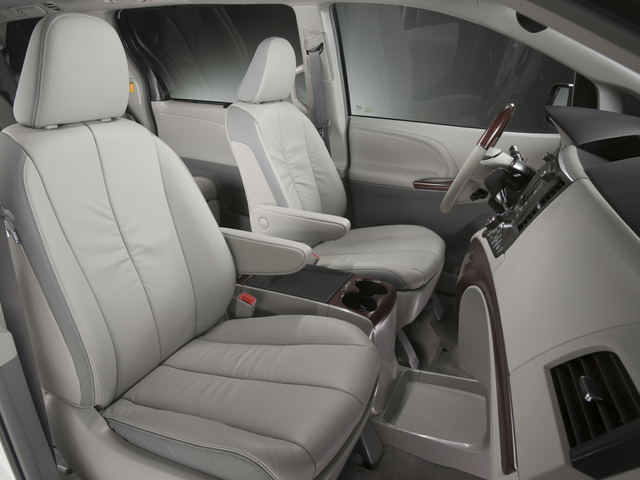 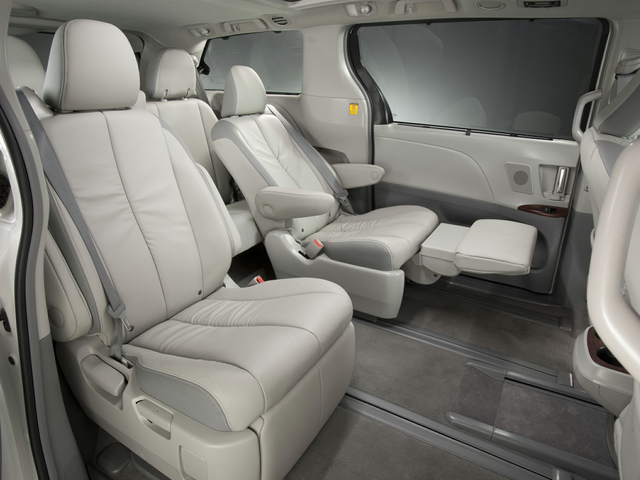