Our 2006 Toyota Tundra trim comparison will help you decide.

With four full-size doors and a regular back seat, the 2006 Toyota Tundra Double Cab pickup is ready for use as the family car.

At just over 19 feet long, though, it might not be as easy to park as, say, your average Camry sedan.

But if you need to combine the attributes of the family car with the hauling capabilities of a full-size pickup, then the Tundra Double Cab might be just the right choice.

Toyota’s biggest Tundra model, the Double Cab — introduced just two years ago — gave the Japanese automaker a much-needed addition to its limited Tundra line. Only regular- and extended-cab Tundras were offered initially. But with the burgeoning use of full-size pickups as primary personal and family transportation, especially here in Texas, Toyota needed to bring a four-door Tundra to market to compete against the best-selling Ford F-150 Super Crew, as well as the Chevrolet Silverado/GMC Sierra light-duty crew-cab and Dodge Ram 1500 Quad Cab models. The Double Cab also was a necessity for Toyota as Nissan rolled out its first full-size pickup, the Titan, which comes in both extended- and crew-cab versions. Like the Tundra Double Cab, the Titan crew cab model has that big back seat and regular rear doors.

This Tundra with four-doors allows Toyota to go after the fastest-growing segment in the full-size pickup market. People use these pickups primarily for personal transportation, and they usually have families. Having four full doors and a regular back seat turns a pickup into a pretty decent family car, except that when you haul the groceries home or the purchases from Wal-Mart, you have to put them in the open pickup bed if you’ve got the cab filled with family.

This is the longest, widest, deepest, and roomiest Tundra yet. A slightly larger model — representing the second-generation Tundra — will be introduced next year, however, and will be built at the new San Antonio plant.

For now, the Double Cab already is larger than its major competitors, with a 140.5-inch wheelbase, which is longer than the Ford F-150 SuperCrew’s wheelbase (138.5 inches).

Equipped exclusively with Toyota’s i-Force V8 engine and a very smooth-shifting five-speed automatic transmission, the Double Cab is three inches taller and four inches wider than the other Tundra models. And at 230.1 inches long, it is six inches longer than the F-150 SuperCrew.

The bed is 74.3 inches long, about seven inches longer than the bed of the F-150 SuperCrew and the Titan Crew Cab. That’s still not long enough to hold an eight-foot sheet of plywood without having part of it hang over, however. You do give up some bed length to have the extra row of seating and those regular-size rear doors.

Inside, the Double Cab is as quiet as a Camry, a real accomplishment for a full- size pickup. And it’s as roomy as a full-size sport utility, with large 60/40 split-fold-and-tumble rear seats offering a comfortable ride even to full-size adults.

Among the rear seat’s attributes are excellent thigh support and a 24-degree seatback angle. That gives the Tundra Double Cab the most comfortable rear seats in its class, Toyota insists.

A first in the industry was the Double Cab’s vertical power-sliding full rear window. This full-size window is similar to the power-sliding window on the Toyota Sequoia SUV. At 750 square inches of total open area, it is more than four times larger than the open area of the manual sliding rear window in the Regular and Access Cabs.

With fully retractable power windows on all four doors and an optional power sliding moon roof, the Double Cab is intended to give passengers a wide-open feeling of space and roominess.

Power is adequate even if it’s not quite as exciting as that provided by the Dodge Ram’s Hemi Magnum V-8. The Double Cab carries the same 4.7-liter V-8 engine used in the regular- and extended-cab models, as well as in the Land Cruiser and 4Runner SUVs. The engine is rated at 271 horsepower and 313 foot-pounds of torque, enough power for towing a trailer of up to 6,800 pounds.

A smooth-shifting four-speed automatic is the only transmission offered. The Tundra’s optional four-wheel drive is a shift-on-the-fly system engaged by pushbutton on the dash; there is a separate button to put the transmission into low range for serious off-roading.

Our vehicle came with dual front captain’s chairs. A two-level center console had a storage compartment and, on the lower level, two large cup holders. A pair of smaller cup holders pops out of the dashboard in all Tundras.

Extras on our vehicle included a leather interior package ($1,095); a touch-screen GPS navigation system, with AM/FM/compact-disc audio system and eight speakers ($1,650); an all-weather guard package ($100), which added a heavy-duty battery, starter and heater, as well as heated outside mirrors; heated front seats ($450); overhead console with temperature/compass digital readouts and universal garage/gate opener ($160); and a limited-slip differential ($275); a power tile and slide moon roof ($1,000).

Total sticker for our test vehicle was $35,870, including freight.

For now, Tundra sales come primarily from traditional buyers of smaller Japanese trucks such as the compact Toyota Tacoma who want to move up to a bigger and faster machine, and from first-time full-size pickup buyers who prefer import products.

Like all other Tundra models, this one is designed and built for the U.S. market. To avoid the 25 percent federal tax on imported trucks, Toyota is assembling these vehicles at a plant near Princeton, Ind., which was built just for the Tundra. Most Tundra production will shift to San Antonio when the new plant opens.

EPA fuel-economy ratings for the Double Cab two-wheel-drive model are 16 miles per gallon in the city and 19 on the highway. The tank holds 26.4 gallons of fuel.

Highlights: Toyota’s first full-size crew-cab pickup competes well against its domestic competitors. Ride and handling are carlike, power is excellent from the V-8, and quality and dependability are what you would expect from Toyota.

Negatives: No optional, higher-powered engine is available to compete with bigger engines found in the domestic competitors.

Price as tested: $35,870, including freight and options

Prices shown are manufacturer’s suggested retail. Actual selling price may vary according to manufacturer and/or dealer incentives, rebates and/or discounts.

Overall bullet proof at the end of the day

October 24, 2022
By Billydockrey from Blue ridge ga
Owns this car

100% overall for a truck not perfect but close! The only 2 things that I don't like (but no big issue just got to get use to it)the gas mileage n the tight turning radius it has! Other than that extremely happy about the overall in all the areas for this pickup! Pay for what u get for! Take care of it! Will take care of u! Hope this will help for someone going to get one of these 1st Gen pickup trucks! One word I would describe this pickup would be BULLITT PROOF!!!!

This truck is a BEAST

Best truck I’ll ever own. Always finding excuses to drive it. 200k miles and runs perfect. The raise 3” is nice. And 20” tires with rims and a Westin grill guard to protect that sexy iforce v8. Power back window. The Limited with side steps is a plus to get in. Beast mode

September 21, 2022
By Jose from Fort Myers Florida
Owns this car

I’ve own a 2006 tundra limited for 16 years and the experience has been a win win deal I’ve own Chevy,fords and dodge before but after owning a tundra I say that I will stick with it for the rest of my life for its reliability and performance.all I have done to it is normal maintenance.....Lov it

Rating breakdown (out of 5):
2 people out of 2 found this review helpful. Did you?
Show full review
See all 89 consumer reviews 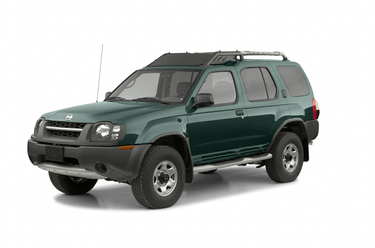 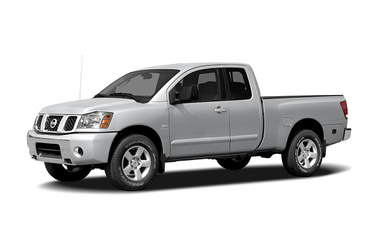 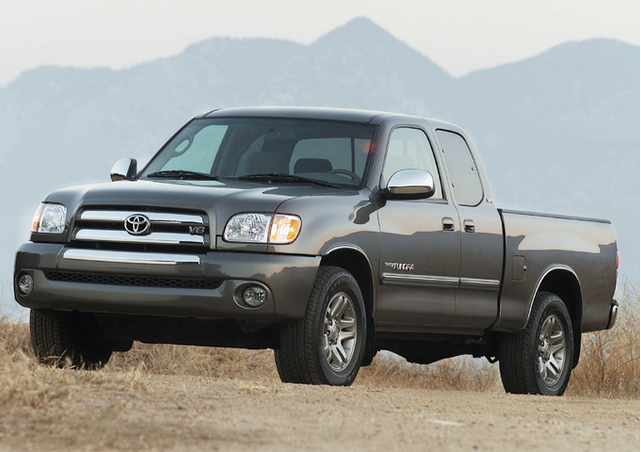 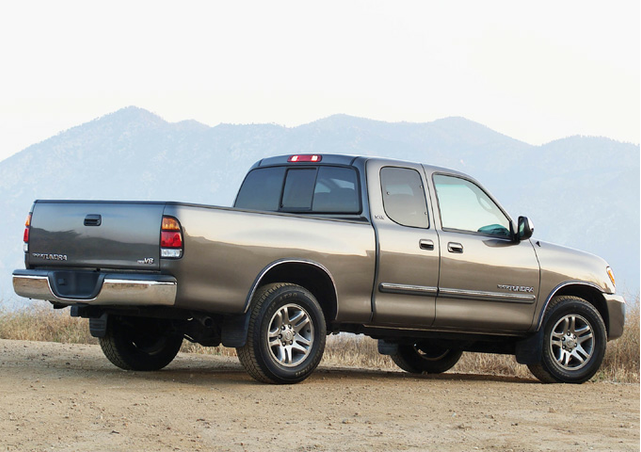 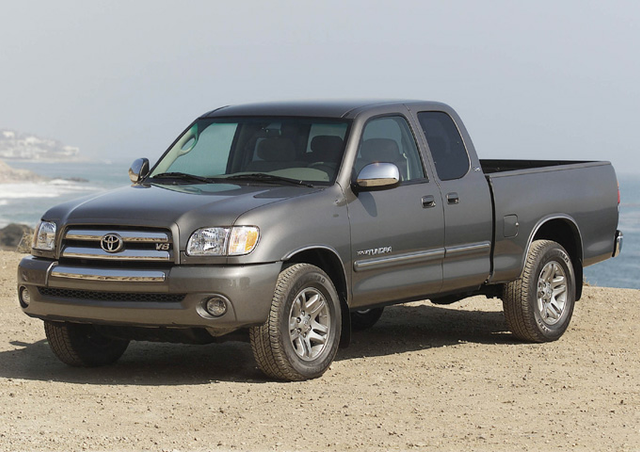 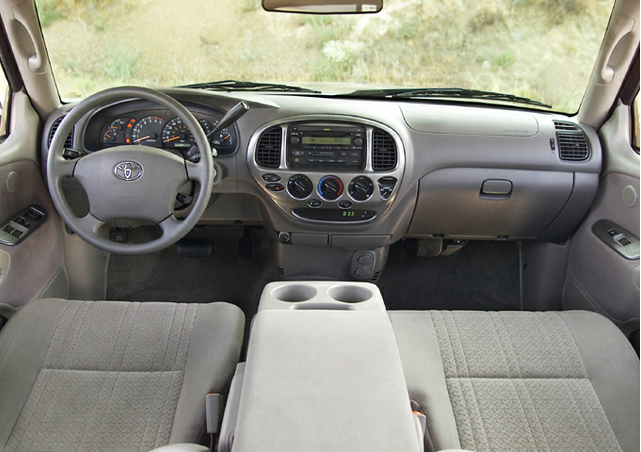