Our 2008 Toyota Tundra trim comparison will help you decide.

The August sales figures are in, and if you build pickups, the news is still grim: Toyota’s truck sales were down more than 17 percent compared with August 2007, reflecting a dismal year for every company that builds pickups.

This is not to say the need for pickups has declined, and last weekend I got that reminder when a friend called: He lives in a flood-prone area, and his garage was about to go under. We hooked up a trailer to this week’s test vehicle, a Toyota Tundra, and filled the truck bed and the trailer with — well, whatever he had in all those cardboard boxes.

There’s a reason — millions of reasons, actually — why trucks have long been so popular, but those reasons have been eclipsed by a single huge one: Gasoline prices. This four-wheel-drive Tundra, with Toyota’s biggest truck engine, a 5.7-liter, 381-horsepower V-8, is EPA-rated at 13 mpg city driving, 17 mpg highway.

The 3,000-pound trailer we hauled barely got the Tundra’s attention — it can tow more than 10,000 pounds. Drop the four-wheel-drive system into the low-range gearing, and you can pretty much go anyplace the big 20-inch tires can get a little traction.

But filling up that 26.4-gallon fuel tank — yeah, that hurts. No argument.

That’s pretty much the only knock against this Tundra, aside from the list price, and we’ll get to that in a moment. The Tundra is, of course, Toyota’s biggest truck, redesigned last year to take on the full-sized pickups from Ford, General Motors and Dodge. Toyota remains convinced they can sell 200,000 Tundras this year, and maybe they can, but it will be at substantially discounted prices.

The test Tundra is about as nice as a truck can get: A Crewmax Limited, it had a roomy rear seat, and even with a shortish 66.7-inch bed, the truck felt enormous. At 228.7 inches in length, it is, but you can get a Tundra that’s 247.6 inches long, and that one should include a ground crew to help you dock it.

The engine, thirsty as it may be, is superb and would be at home in any sports car. The same goes for the six-speed automatic transmission, which is very nicely matched to the V-8’s power characteristics. The ride and handling is on par with any pickup, though weighing in at more than 5,700 pounds, there’s no masking that heft on winding roads.

Inside, the Limited is loaded with leather upholstery, an excellent JBL sound system and power everything. Safety equipment includes stability control, traction control, side and side curtain air bags and automatic brakeforce distribution. Options included a navigation system, running boards, premium wheels, a bedliner and a few other features that raised the $42,070 base price to a sobering $46,196. Of course, Toyota dealers — like everyone else selling full-sized trucks — are willing to negotiate. A lot.

You can tap into the vast majority of the Tundra Crewmax Limited’s utility with a lesser, and less expensive, version of the pickup, but after a long day of moving — well, whatever was in all those cardboard boxes — I can’t deny how nice all those premium features were. High gas prices don’t make me appreciate pickups any less — they just make it harder to afford one.

Bought new in '08. The price was near the top of the new truck scale, but I understood after years and years of claiming "The Truck of the Year" accolades. For 14 years now, I understand exactly why. She is an incredible beast. Power and get up that responds near instantly and very forcibly. I have EASILY hauled 2500+ pavers and equipment, and towed over 15K in landscape vehicles. Never an issue. Even though I have to get a 4x4 for very remote recreational location, I have made a dozen trips in my Tundra and the traction control and anti-slip have gotten me in and out with no problem. The TRD package is extremely nice. In closing, just have to write; she is an incredible truck.

Owned since new, never had an issue.

For the near 13 years of ownership, this truck has been a DD and work truck, never failed me. The MPG is not an issue to me since the truck serves without issue, puts the near 400hp down to the road well. Most reliable vehicle Ive ever had, never getting rid of it.

January 3, 2021
By Kenneth from Bakersfield
Test drove this car

I was sceptical at first but as soon as I sat in the driver seat my scepticism started to fade. Great performance and handling. A bit overpriced but most trucks are. Pretty quiet for a full size truck. I like it.

Rating breakdown (out of 5):
11 people out of 13 found this review helpful. Did you?
Show full review
See all 91 consumer reviews 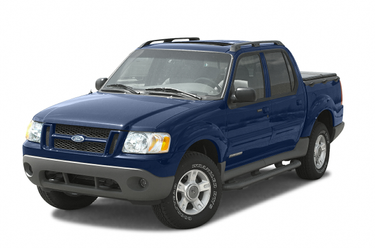 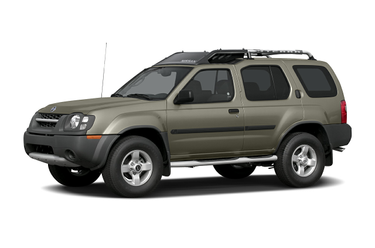 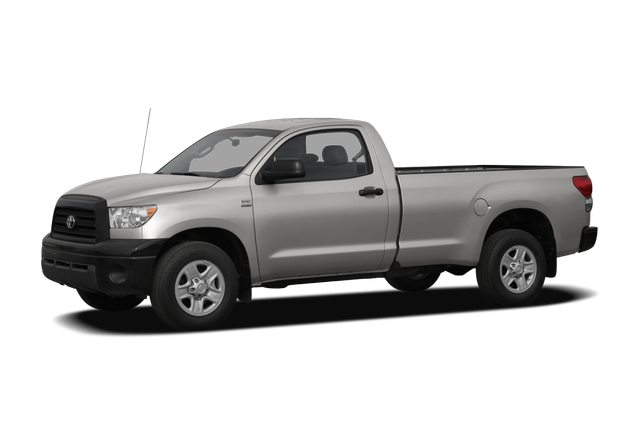 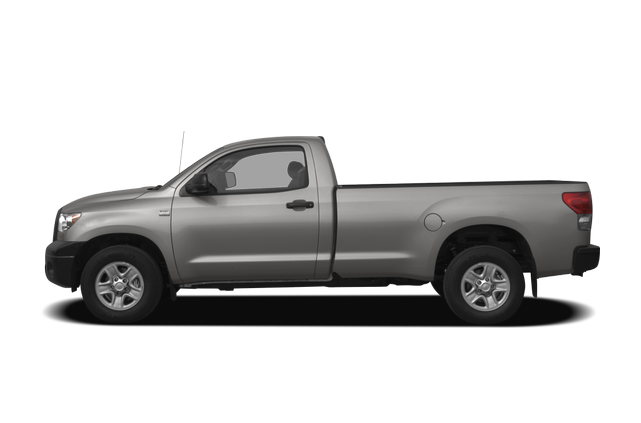 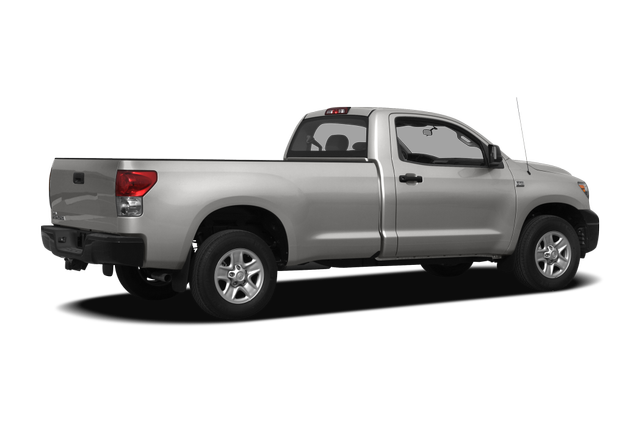 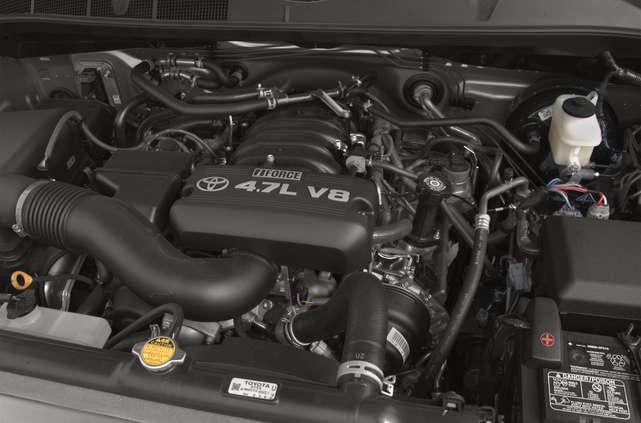 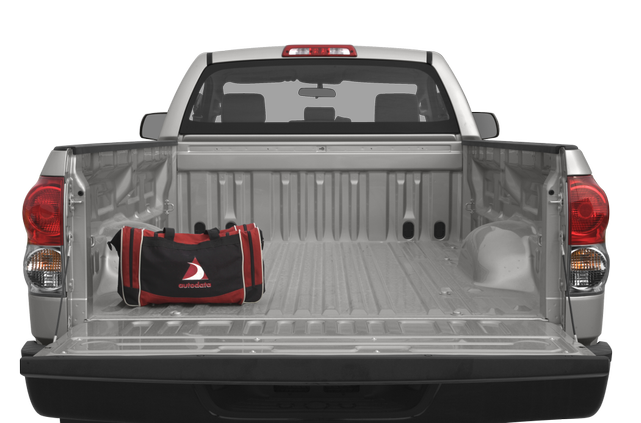 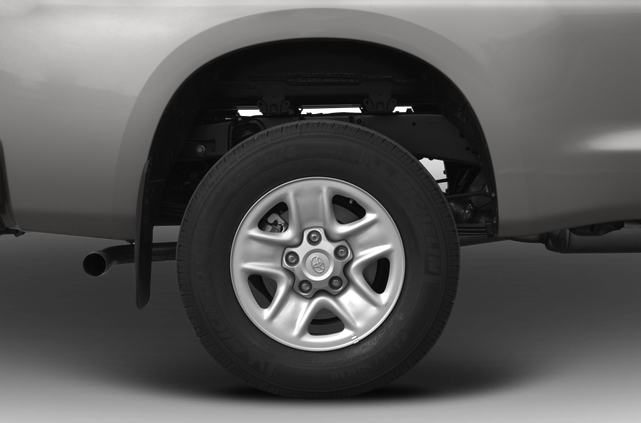 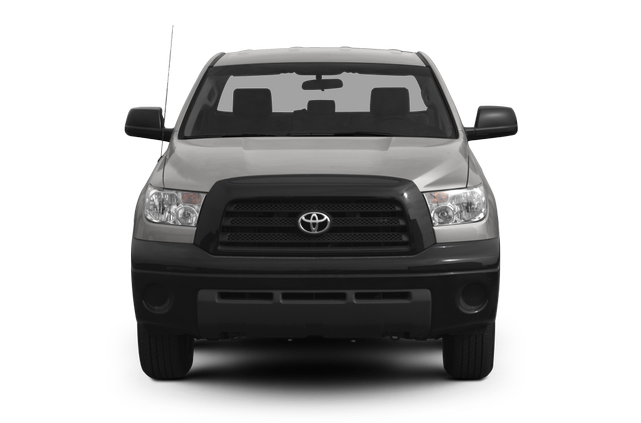 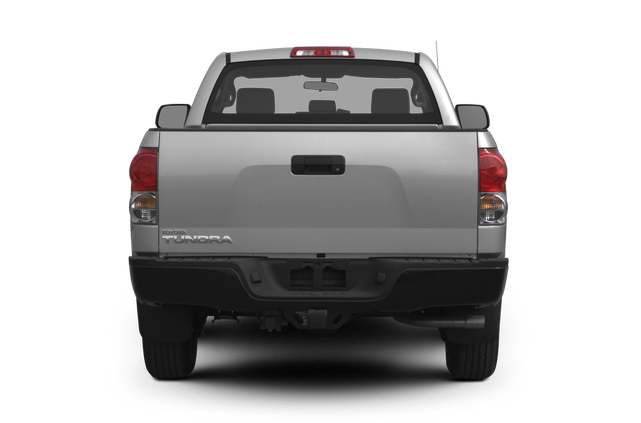 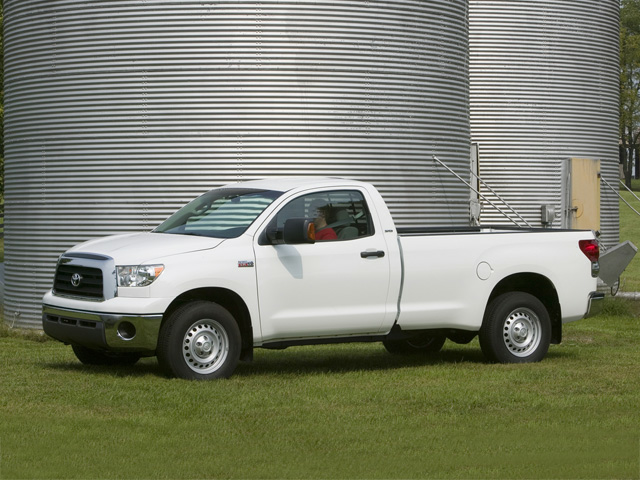 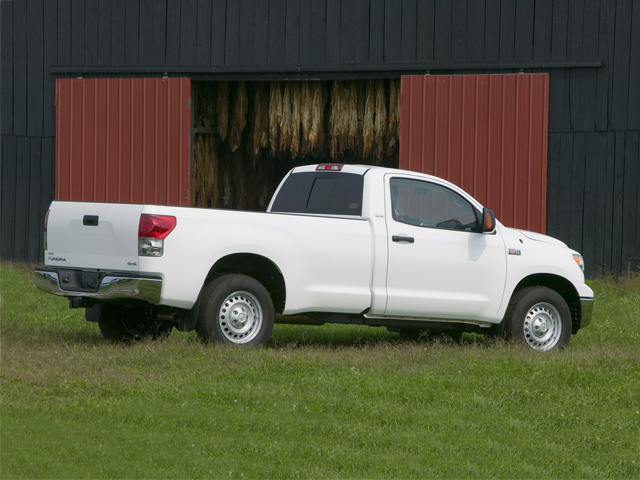 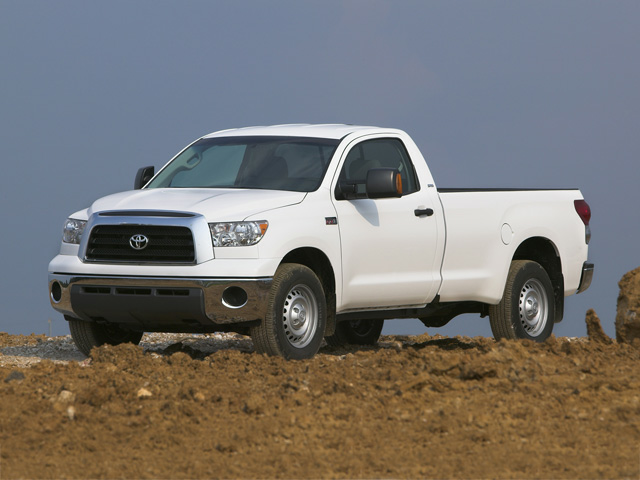 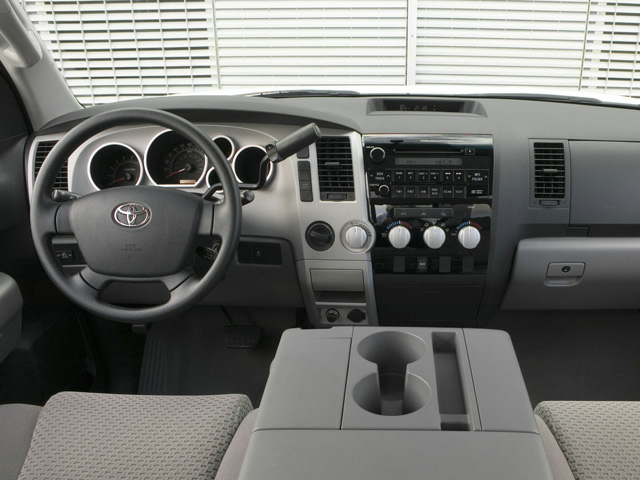 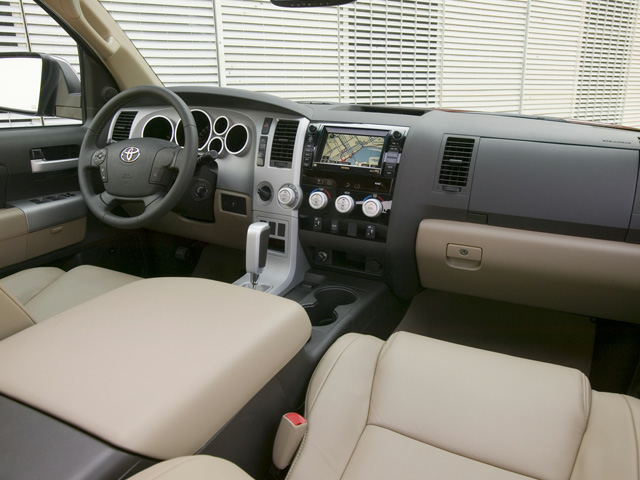 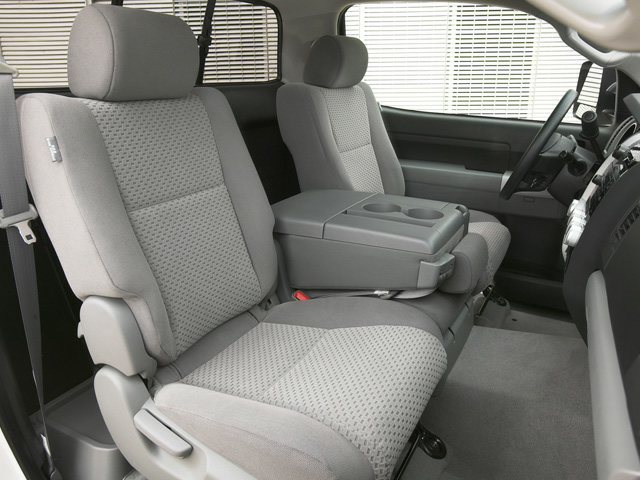 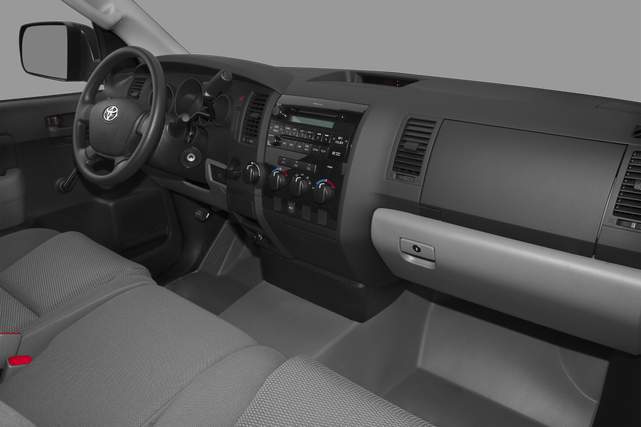 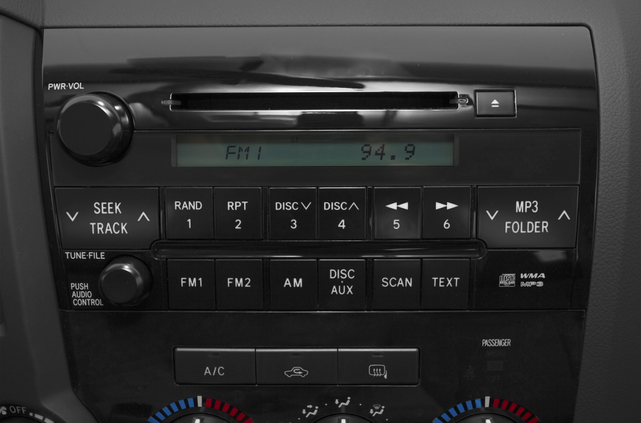 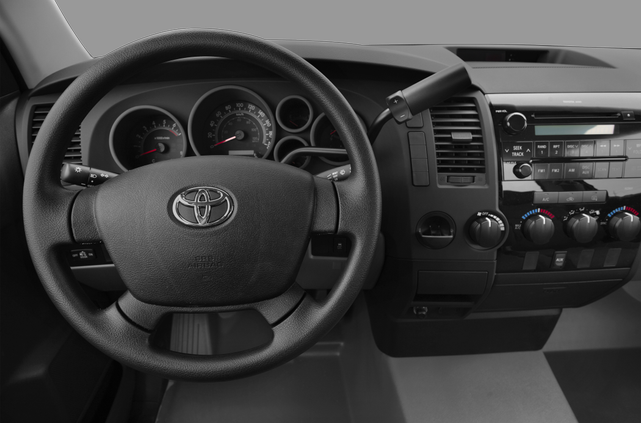 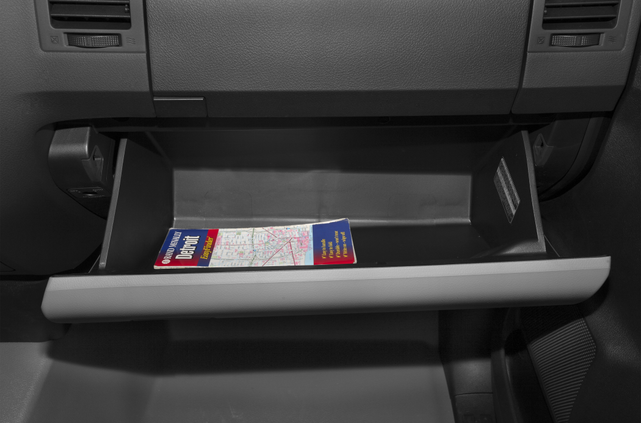 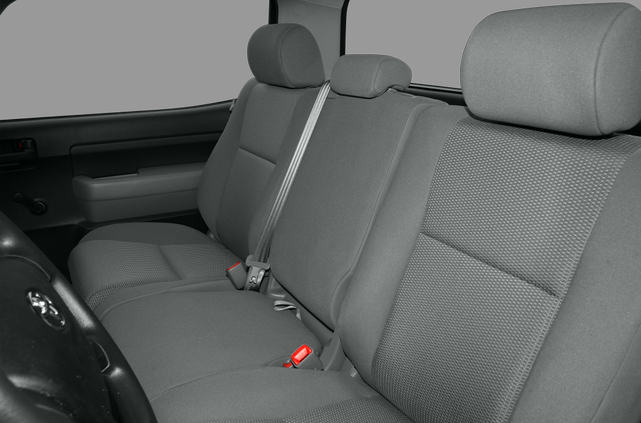 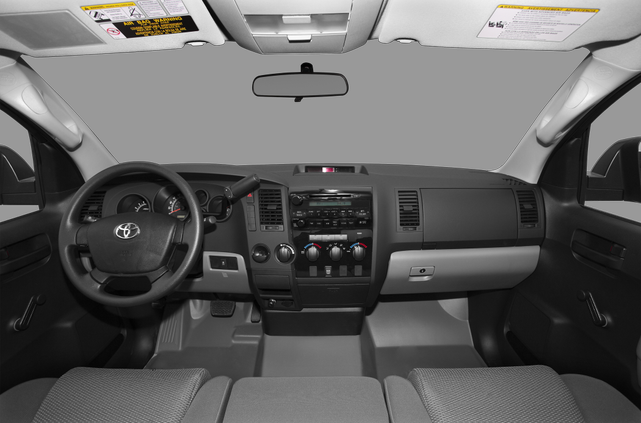 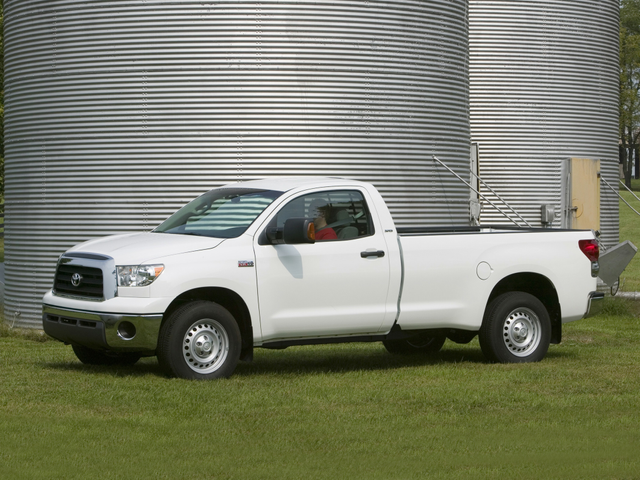 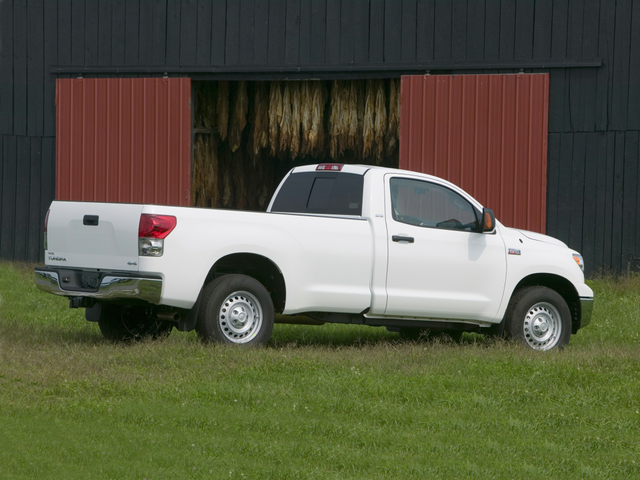 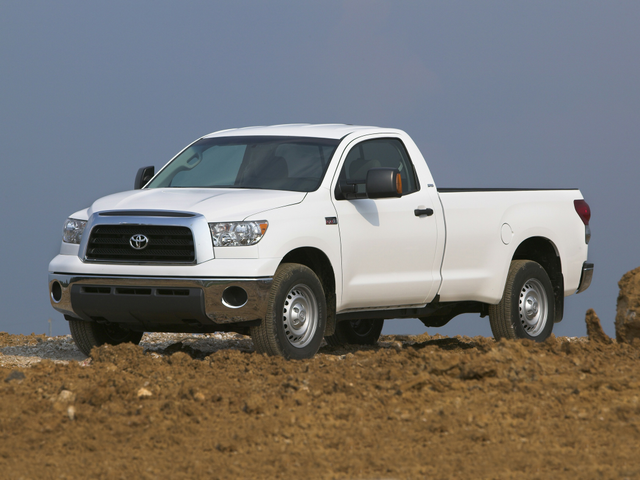 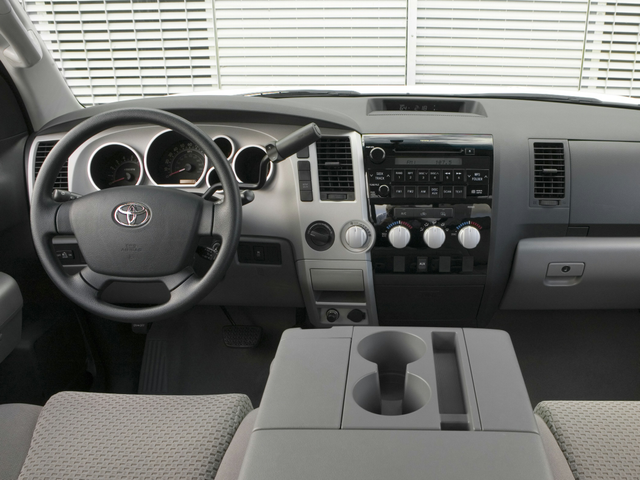 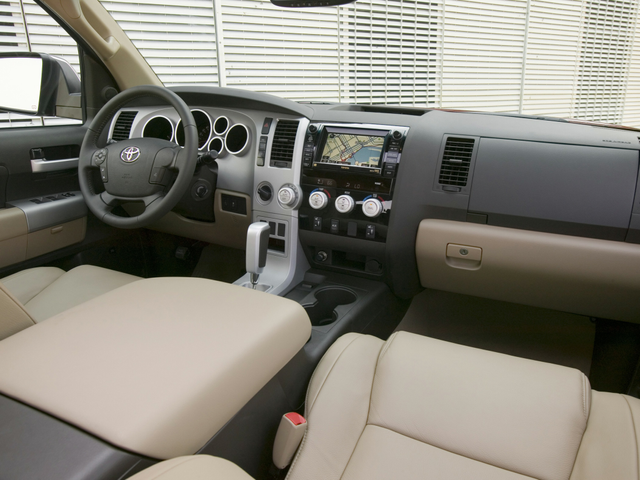 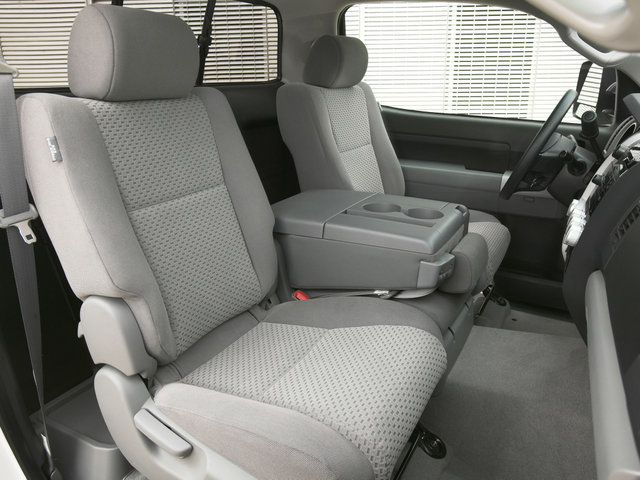