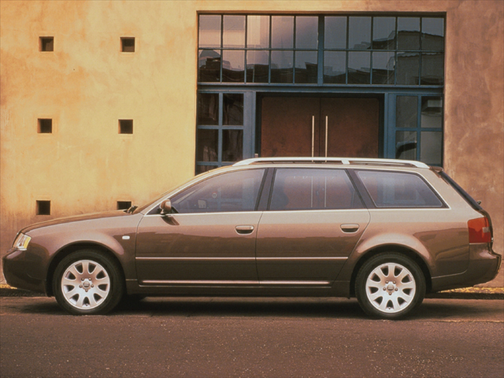 Our 2001 Audi A6 trim comparison will help you decide.

Quattro turned 20 this year. And Audi’s lovely A6 Avant is all the better for it.

Need some translation? No, quattro is not the name of my Sicilian donkey. Quattro is Audi’s groundbreaking all-wheel-drive system that first appeared in 1980, helping to convince sporty drivers that four-wheel power can work as well on pavement as it does off-highway.

Quattro was quickly revealed as a performance enhancement. Improved traction and handling, and better throttle response plus the ability to traverse a snowbound highway, made quattro an exciting development 20 years ago. And it’s still being emulated today by such stalwarts as Porsche, Subaru, Volvo and now Audi’s sibling, Volkswagen.

Quattro is available on every Audi model from the TT roadster to the grand aluminum flagship, the A8.

It’s standard on the Avant, which is not a new dance step from Rio but Audi’s name for its station wagons. As well as the midsize A6 Avant, there’s a compact A4 Avant, both of them nicely finished and agile station wagons that drive as responsively as any sport coupe or sedan.

The test Avant was the standard-issue model powered by a smooth 2.7-liter V-6. There’s also a twin-turbo model with 250 horsepower and, new this year, the allroad (like quattro, spelled with small letters). The allroad does what the Subaru Outback and Volvo Cross Country do, which is bring the performance of a sport-utility vehicle into the realm of a nice-driving wagon.

Now who would ever think that the cause of modern station wagons, mostly identified with the rolling behemoths our parents drove, would be taken up by the Europeans? And while the term “sport wagon” might seem contradictory, such craft are being offered by Audi, BMW, Volvo (in recent years), Saab and VW.

Any way you cut it, the A6 Avant is a sharp automobile, a handsome wagon based on the beautiful A6 sedan. The styling is taut, with good proportions and an aggressive stance, wrapped around a splendid interior. The wood trim is attractive; the leather seats are comfortable; and the optional stereo system with Bose speakers is superb.

The interior is spacious, though the cargo area is not quite as commodious as some of the competition, especially among the giant SUV crowd. There is a child-size third seat available as an option, thus making this sharp wagon as usable as most minivans.

The dashboard is businesslike and unusually complete with such analog gauges as oil temperature and charging-system function.

Typical of Audi and the downstream VW, steering and handling are smooth, responsive and seamless with a solid, balanced feel. The suspension is a bit soft, though cornering is right on the mark, the quattro drive digging in on command.

The naturally aspirated V-6 is small and doesn’t supply much punch off the line for this hefty car. With dual overhead cams and five-valves per cylinder, this is a high-tech engine that puts out 200 horsepower despite its diminutive displacement. Once un der way, the engine spins quietly and pulls the wagon easily at freeway speeds.

Though the base price is significant, the Avant comes well-equipped with full power and luxury features.

Options on the test car included a cold-weather package with heated seats front and rear and a ski sack, $475; the Bose premium sound system, $750; and a $1,650 package that includes a glass sunroof, Homelink remote transmitter, auto-dimming mirrors inside and outside, seat-position memory and steering wheel audio controls.

The A6 Avant really is a lovely car, a capable, upscale machine for the real world. With its luxury flavor and sporty driving characteristics (and the benefits of quattro) it’s well worth a look by those who are sick of bulky SUVs and boring minivans.

May 23, 2021
By oldaudilover from Everywhere between new york and michigan
Used to own this car

My A6 was a reliable vehicle. I drove considerable distances over the 9 years I owned the vehicle and never experienced a moment's doubt as to its safety and reliability - not to mention that I was riding in the lap of luxury. Yes, the costly to maintain, but a beautiful car nonetheless - a classic.

April 6, 2020
By mudbugs from Virginia
Owns this car

I have loved this car, it is FUN to drive. I have the A6 4.2 V8 Quattro. People who see it can't believe it's 19 years old. We have taken care of it. Last mechanic that worked on it said it is a clean car in incredible shape.

Good car got me to work everyday and around town n

I do like the car lot but it was time to get a new one. I do enjoy the comfort and the luxury of owning an Audi.

Rating breakdown (out of 5):
1 person out of 2 found this review helpful. Did you?
Show full review
See all 29 consumer reviews 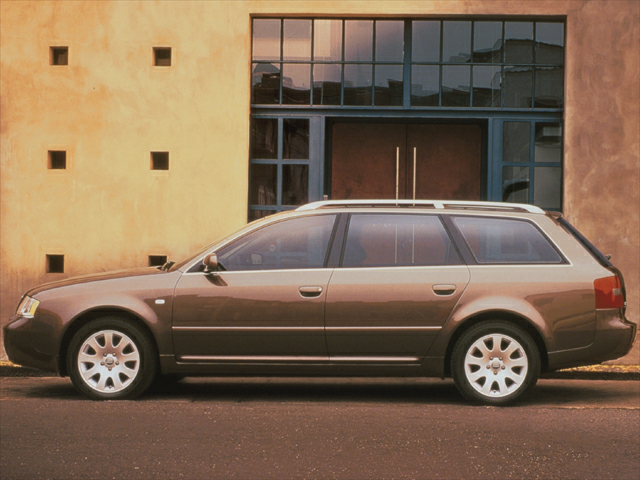