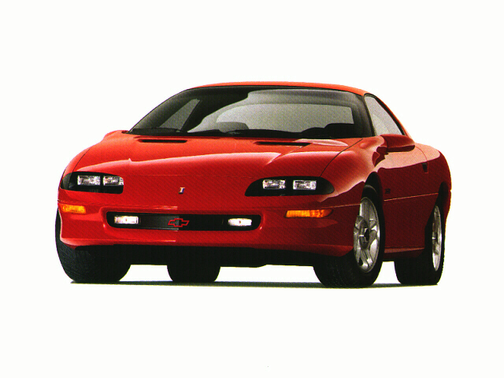 Our 1996 Chevrolet Camaro trim comparison will help you decide.

Here’s the real deal, the kind of serious, all-out, no-holds-barred muscle-car that makes gearheads of all ages breathe fire and burn rubber.

The Camaro SS is a roaring testosterone enhancer, filled with sound, fury and 310 horsepower. This special-edition Camaro is a terrific revival of the awesome muscle cars of the ’60s, down to the classic Hurst stick shift, though now it’s a six-speed. The resurrection of the revered SS emblem is the icing on the cake.

This is the maxed-out performance version of Chevrolet’s always-popular sports coupe, taken to the limit by SLP Engineering with more power, better brakes, tuned suspension, foot-wide tires, a custom exhaust and a bad attitude.

Of course, owning this beast would require a mountain of emotional maturity, which I just don’t think I have. I’d lose my license, lose my insurance, maybe end up in jail.

That’s not to say I didn’t dig it, which I did. Maybe too much.

The SS does evoke strong reactions. European car sophisticates hold their noses, environmental types bring out the ax handles and cops grab their ticket books as it rumbles by.

There is 310 horsepower on tap, gained from a 5.7 liter, LT1 V-8 engine with forced-air induction, custom exhaust and other tweaks.

Here are some numbers, according to Chevrolet:

Here’s another number to ponder: $7,243. That’s how much additional it costs to turn a run-of-the-mill Camaro Z28 into a Camaro SS. On our test car, with stereo upgrade and a full package of power options and accessories, that almost hit $30,000.

According to SLP, the base price for the Camaro SS, without all the luxury gizmos and the custom exhaust system supplied on our test car, is $24,500. That equates to a powerful horsepower-to-dollar ratio.

This is the first time in 24 years that Chevrolet has used the Super Sports emblem on a Camaro. Although the overall treatment is accomplished by SLP, it’s sold as an option package by Chevy dealers.

With its massive hood scoop, gigantic tires and subtle revisions to the rear fenders, the Camaro SS looks ready to take no prisoners. In freeway traffic, slower cars quickly change lanes as the glowering Camaro grows larger in their rear-view mirrors.

Merging onto the freeway is laughably easy. And once there, burbling along in sixth gear at 65 mph with the engine barely turning above idle, the SS gets remarkably good gas mileage.

That’s part of the flexibility of this whole package: The explosive power is there when you want it, but when driven gently around town, the SS is surprisingly smooth and docile.

On the down side, the hard rear suspension becomes annoying, as does the rumbling exhaust. Being challenged to a drag race by every hot dog on the street gets old, too.

A similar styling and performance treatment to the Camaro SS has been bestowed on its corporate twin, the Pontiac Firebird, which gets the performance designation of WS6 Ram Air, based on the Trans Am.

Ford mounts some convincing competition from its Mustang Cobra SVT, a thoroughly tweaked version of its GT model, a similar treatment at a similar price.

Take your pick. The race is on.

Best bang for your buck

November 16, 2019
By JJNMIAMI from Miami Fl
Owns this car

This car is super fast and reliable and loaded with features for the price you pay. This is truly one of the best sports cars you can own for less than 10k and actually feel like you have something special.

This Camaro has outstanding performance. Is an automatic trans, will burn the tires when it shifts into 2nd gear. Body and interior are in excellent condition. I bought as an investment. Bought from a man in Phoenix that was going to take it to Barrett Jackson.

March 9, 2019
By Whitthecarguy from orth carolina
Owns this car

This is a rare car being an SS Model. I love this car and the power that it has. It is a rough ride however still fairly comfortable considering it's size. 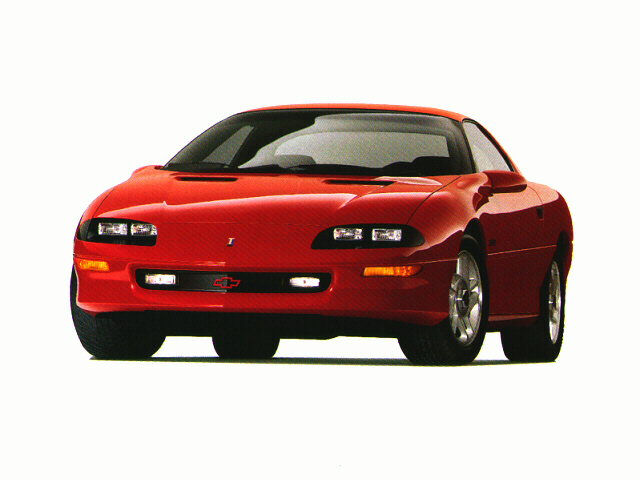