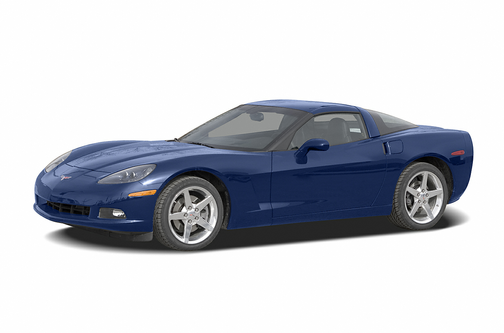 Our 2005 Chevrolet Corvette trim comparison will help you decide.

ANN ARBOR–We couldn’t have picked a worse time to borrow a brand-new 2005 Chevrolet Corvette convertible for a test drive. Shortly after the keys to a striking “millennium yellow” soft-top Vette were handed over to us in late April, the Weather Channel predicted that a potent winter storm was headed for southeastern Michigan, bringing a possible 10 inches of snow and roads slicked with black ice.

Despite the fact that it was early spring, it was enough to make us want to park the voluptuous-looking convertible in the garage and wait for nicer weather.

But the Corvette’s list of standard equipment — including active handling, antilock brakes, traction control and power heated outside mirrors — gave us the confidence to venture out even in the worst conditions. Fortunately, it turned out the forecasters were wrong, and we ended up with only a couple of inches of the white stuff. In retrospect, we were happy we had the chance to take an extended drive in the sixth-generation Corvette convertible in challenging circumstances.

We discovered that the iconic General Motors Corp. drop-top is not just a fair weather friend; the two-seater felt extremely stable and firmly planted on slippery roads, and the revised suspension provided a smooth and comfortable ride. It inspired lots of confidence behind the wheel. And unlike many convertibles, the visibility is good even with the top up. From our perspective, the redesigned Corvette convertible may be the best-ever edition of an all-American classic, and it’s relatively affordable next to the competition. The 2005 Corvette convertible, which is built in Bowling Green, Ky., is on sale now.

Our test car had a base price of $52,245, including an $800 destination charge. It was outfitted with several options, including $1,295 polished aluminum wheels and a $2,955 preferred equipment group that included a reconfigurable head-up display, heated seats, a Bose audio system and a power telescoping steering wheel.

Even though that price tag may make some people gasp, consider this: The Corvette convertible looks like a bargain next to one of its more powerful domestic competitors, the 2005 Dodge Viper. The Viper has a base price of $85,645, including an $850 destination charge, and its 8.3-liter V-10 makes 500 horsepower, compared with the Vette’s 400-horsepower 6.0-liter V-8. A $33,000 premium for an extra 100 horses seems a bit stiff to us.

In the $50,000-$60,000 price bracket, Corvette’s sports car rivals include the Chrysler Crossfire SRT-6 Roadster at $50,295 and the Porsche Boxster S, from $53,895. Both high-profile two-seaters have six-cylinder engines and give up loads of power to the Vette; the SRT-6 is rated at 330 horsepower, while the Boxster S delivers a modest 280.

As far as user-friendliness is concerned, you should consider whether to spend an extra $1,995 to get the Corvette with the optional power soft top. It’s a feature that we were glad to see Chevy resurrect. The power top last made its appearance on the 1962 Corvette, according to the company. But the standard soft top will appeal to some buyers for its sheer simplicity — once you figure out how to operate it.

To lower the manual top, you twist a lever in the headliner and then reach behind the driver’s seat to push a hidden button to release the hard tonneau cover. The next step is to lift the tonneau and stuff the top inside a small compartment behind the seats. It’s a somewhat unwieldy operation that’s better accomplished by two people, and you have to get out of the car to do it. We wondered why the manufacturer of a $50,000-plus sports car would even bother with a manual top. For the record, the Boxster comes with an automatic top that raises or lowers quickly at the touch of a button, even when traveling at speeds up to 30 mph.

In terms of features and equipment, Chevy wisely offers the same new options on the convertible Corvette that it does on the coupe model. You can order the OnStar communications system, XM satellite radio and a new DVD navigation system.

Even though the Corvette convertible lags considerably behind the Viper and other more expensive sports cars in terms of output, most people should be happy with the amount of power it provides in everyday driving.

And with curb weight down around 3,200 pounds — more than 120 pounds lighter than the Crossfire SRT-6 Roadster — the Corvette convertible is quick. Chevy says it can sprint from zero to 60 in just over four seconds. We liked the car’s authoritative exhaust note, but we were disappointed by the lack of a modern five- or-six speed automatic transmission, which is widely available on much less expensive vehicles.

Our test car was equipped with a four-speed automatic, a no-cost option to the standard Tremec T56 six-speed manual gearbox that GM buys from BorgWarner. We also wished the automatic transmission on the Corvette had a Tiptronic-style manual shift feature. However, our test car got sensational gas mileage for a vehicle with a big V-8, delivering 18 miles per gallon in city driving and 26 mpg on the highway, according to the U.S. Environmental Protection Agency.

The new Vette makes a powerful status and style statement — and we are supporters of the fixed headlights that replace the old pop-up ones, although some critics charge they look too much like those on the Viper. In addition, the Chevy convertible is an extremely friendly and civilized offering with a much-improved cabin.

The seats are comfortable and supportive, the cockpit is quiet and the dual climate controls are a thoughtful feature that will please couples. There are unexpected and delightful touches like the simple door-release buttons that replace conventional handles. The keyless access with pushbutton start/stop feature adds to the convertible’s charm, and the trunk is surprisingly roomy. The workmanship and materials on our test car were excellent. Even the cup holders have been improved.

Some omissions: No one-touch power up feature on the windows and no adjustable pedals.

Still, GM lavished lots of standard safety features on the Corvette, including standard front and side air bags, along with run-flat tires and a tire-pressure monitoring system.

When we were introduced to the redesigned Corvette last summer, some of the Chevrolet executives said they had heard complaints that the exterior changes made to the car were too timid. We disagree. Chevy was smart to not mess too much with a winning formula. Even dusted with snow, the Corvette’s classic silhouette is memorable and unmistakable. And the driving experience is sublime.

Good value thanks to cars.com

It’s for fun good value it was helpful to use cars. Com to shop ! Saved time and helped me compare /would use cars.com again in the future / fun to check its current value

very reliable car. this is my second one.

this car is fun to drive. it is more state of the art than my 93 corvette. very comfortable to ride and drive in. it is enjoyable

This car meets my expectations and is exactly what I was seeking Would gladly do this again here. Very professional and courteous. Super salesman he is

Rating breakdown (out of 5):
2 people out of 2 found this review helpful. Did you?
Show full review
See all 93 consumer reviews 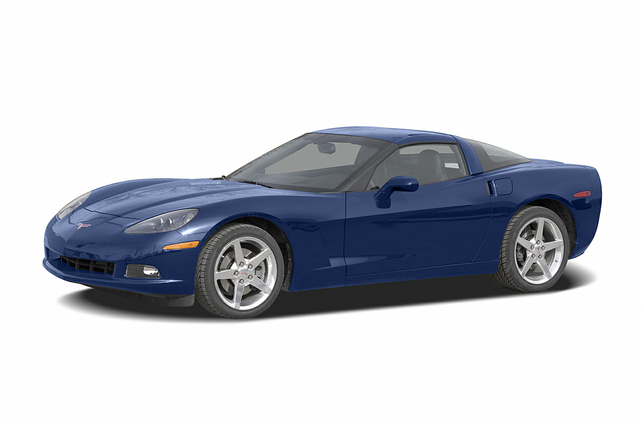 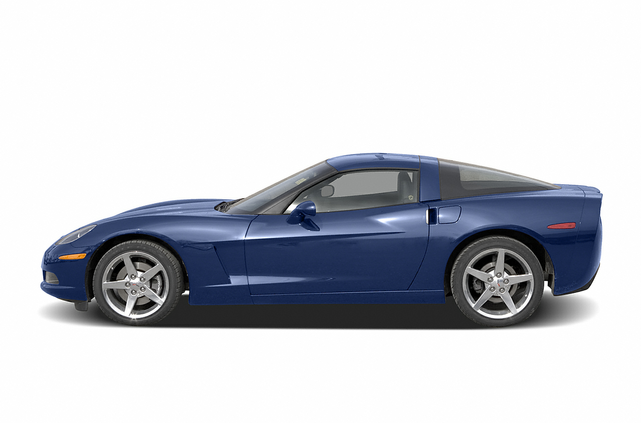 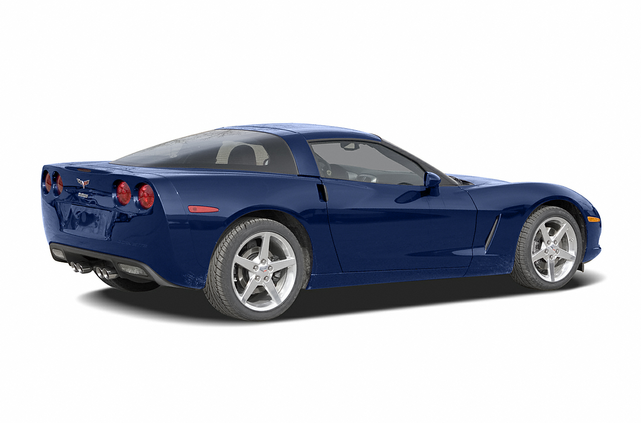 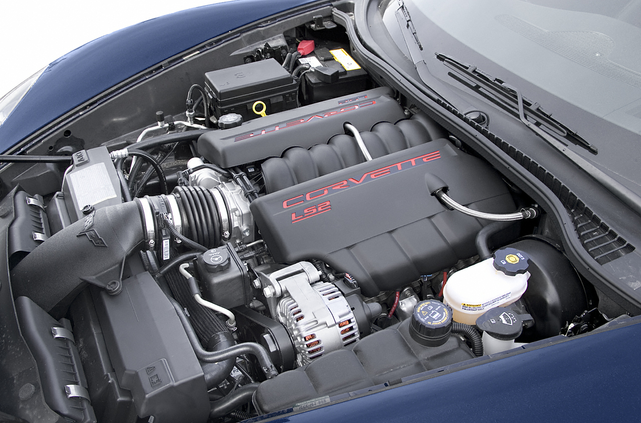 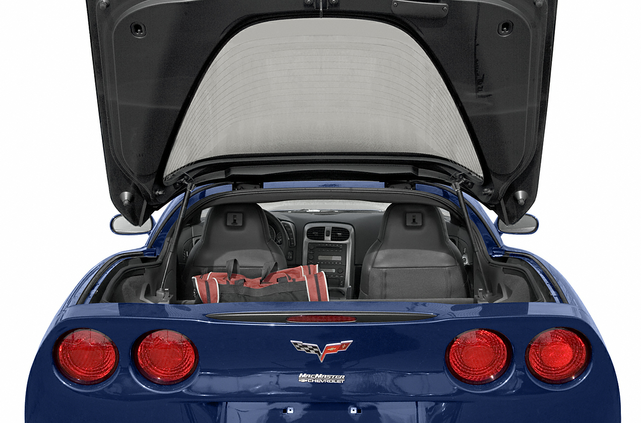 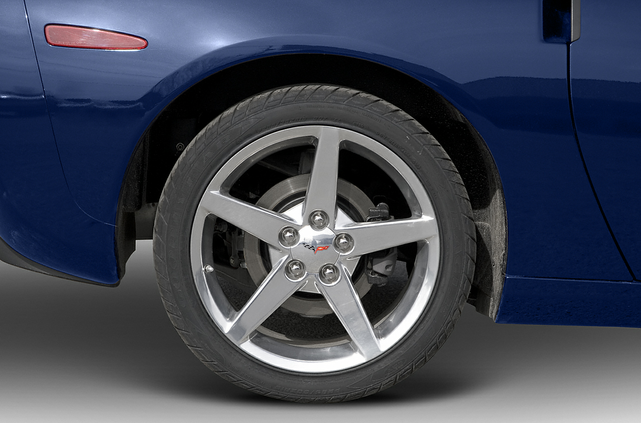 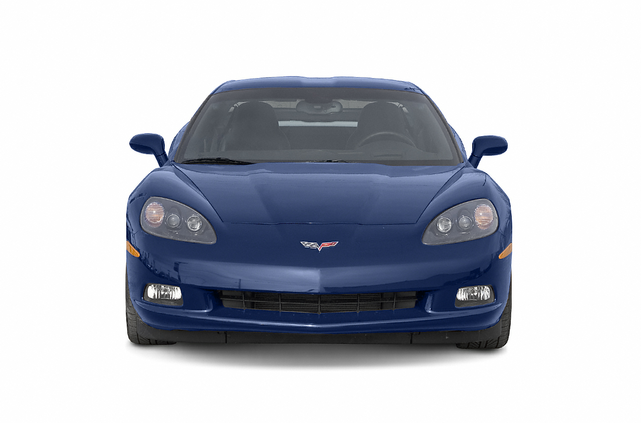 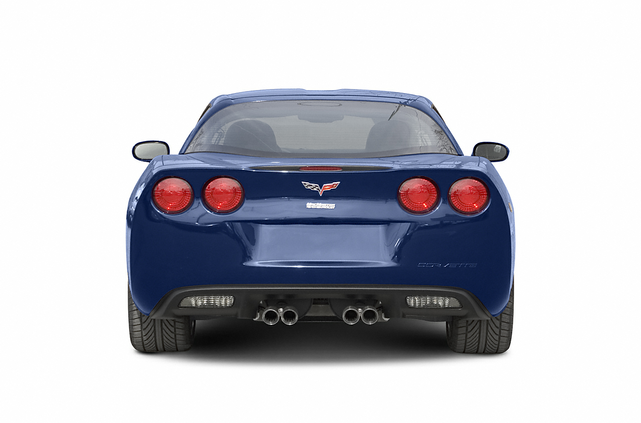 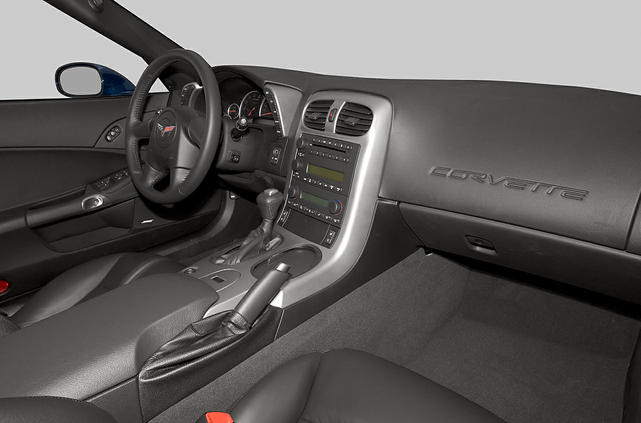 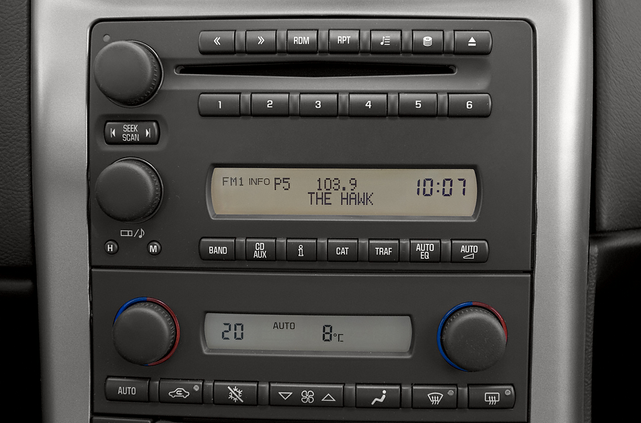 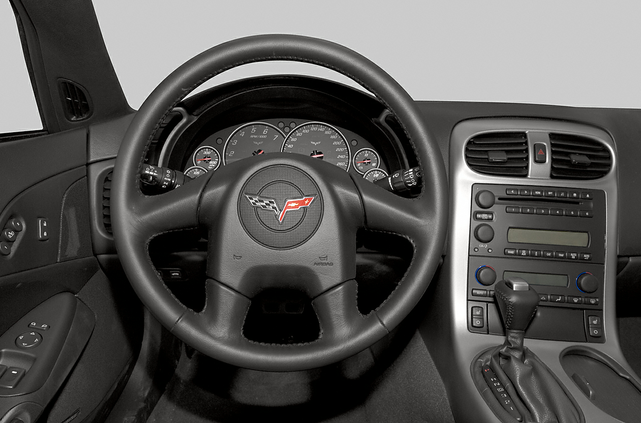 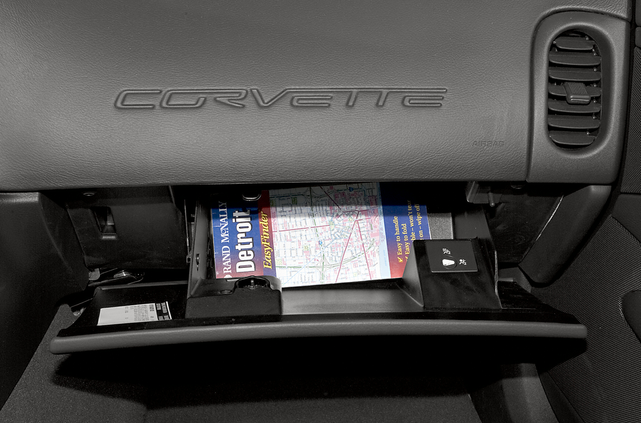 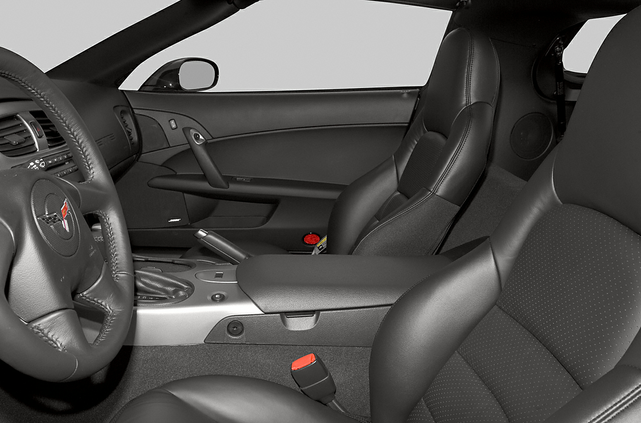 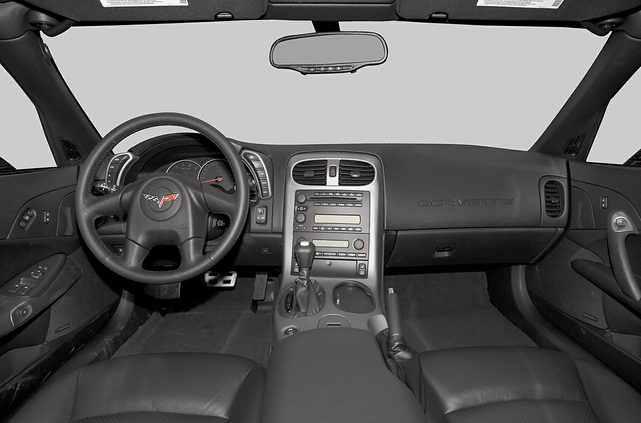 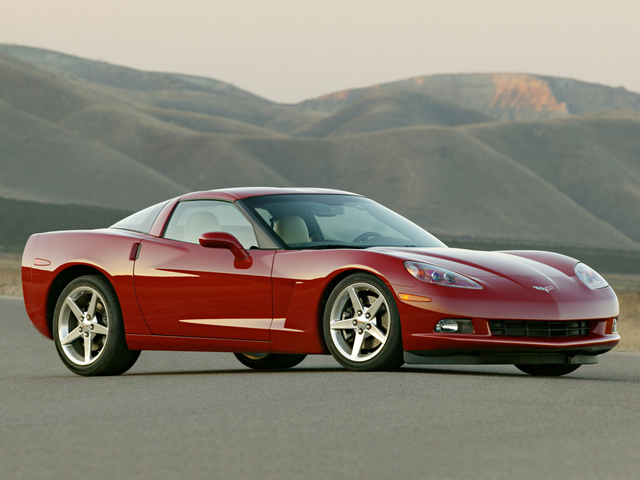