Our 1999 Chevrolet Silverado 1500 trim comparison will help you decide.

With trucks burning up the sales charts, all the major automakers are revamping their trucks.

While Ford radically rounded its pick-up and Dodge endowed its Ram with a Peterbilt front end, Chevy’s new truck goes down a more conservative path. In fact, it’s hard to tell that there’s been any change from the previous C/K Series full-size pickup.

But, looks can be deceiving. Like its GMC twin, the Chevy gets an all-new frame, new engines and upgraded brakes. It even has new sheetmetal, although only a salesperson could tell the difference.

But what a difference. It is available in base, LS and LT trim levels, regular or extended cab, long (Fleetside) or short (Sportside) box, rear wheel or four-wheel-drive in half or three-quarter ton size.

The truck supplied by Chevrolet was a mid-level LS with the mid-level V8, the 5.3-liter, an engine most buyers will choose. It was an extended cab, with the short, Sportside bed.

The small box and shapely fenders gave the truck a funky look it would otherwise lack, given its conservative flanks. Unlike other pickups, this extended cab has three doors, not four, and the door is on the passenger side, limiting its convenience.

Power is strong off the line, but that’s as it should be with a big, meaty V-8. While Ford uses a more modern overhead-cam engine, GM uses an older pushrod design, but it still yields impressive power. Fuel economy is still nothing special, but should come as little surprise.

The four-speed automatic shifts smoothly and efficiently. It features a towing mode that reduces shifting under heavy loads. A 5-speed manual is also availble. GM’s pickups are the only ones to feature automatic four-wheel-drive, a system GM dubs “Autotrac.” This is not an all-wheel-drive system. The truck remains in rear-wheel-drive mode until extra traction is needed, then transfers more power to the front wheels. The truck can also be locked into four-wheel-drive high or low modes. “Autotrac” will lock into these modes if it detects too much wheel slippage. It’s standard on LT models, optional on LS models.

Handling is at the top of pack, being secure and stable, admirably so, even with an empty bed. It effectively communicates its limits to the driver, making for a surprisingly tossable nature for such a big rig. It’s certainly easier to drive than its C/K predecessors.

The biggest improvement is in braking ability. Previous generation Chevy trucks have small front disc/rear drum brakes with a mushy brake pedal. Stopping distances are shorter this year, thanks to discs at all four corners and pads and rotors that are 40 percent larger than last year. Four-wheel-anti-lock is standard.

Seat comfort is good, with seatbelts integrated into the seat backs — a nice touch. In the back, the folding seat has more room than its competitors.

The interior seems more spacious, the dash is improved, even if it’s lacking somewhat artistically. There are seams everywhere, lending the interior a busy, put-together-by-numbers look. But it seemed to have better assembly quality than the GMC tested previously. Nothing rattled, and everything seemed solid.

The dash and doors seem sedan-like and feature the same amenities. There are two auxiliary power outlets. The climate and radio controls are easy to use. The glove box is divided into compartments.

The LS Sportside extended cab starts at $25,000. Add in an auto tranny, 5.3-liter engine, sportside body, four-wheel-drive, fog lamps and a few other amenities and the bottom line shoots up $30,588 as tes ted. Choo se your options carefully.

If you get the idea the Silverado has a lot of small improvements that add up to a big one, you’ve got the right idea. Although the interior is well built, it is still not as appealing as some competitors. What is better is the ride/handling quotient, which seems top of the pops.

With Ford selling every pick-up it can build, the Dodge Ram gaining marketshare, and Toyota coming on strong with a new full-sized pickup later this year, Chevy will need all the ammunition it can muster.

It just may have it.

It is my daily drive to and from work

September 4, 2022
By 38 years ago I drive it to work daily from Tiptonville, TN
Owns this car

I've had my 4.3 v6 for several years now and it's been a very dependable truck. She got jist a little more the 390,000 and runs great with cold air. I've only had to do a couple of minor things like the fuel pump and the ignition module finally gave out the other day but I replaced it and she's back.

July 30, 2020
By RaiderFan from BUELLTON
Owns this car

Dependable 1997 Silverado truck for work or play. Many more miles to give. Solidly built, good power going up grades. Comfortable ride and easy to drive.

April 17, 2020
By Pottopissin from Indianapolis
Test drove this car

They wanted me to send gift cards for payment which was a no sale!!! There are a lot of cars like this on the site. If it looks too good to be true then it is...

Rating breakdown (out of 5):
14 people out of 25 found this review helpful. Did you?
Show full review
See all 36 consumer reviews 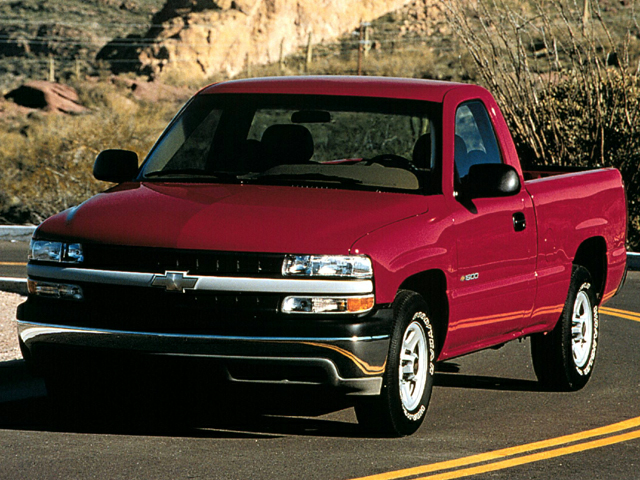 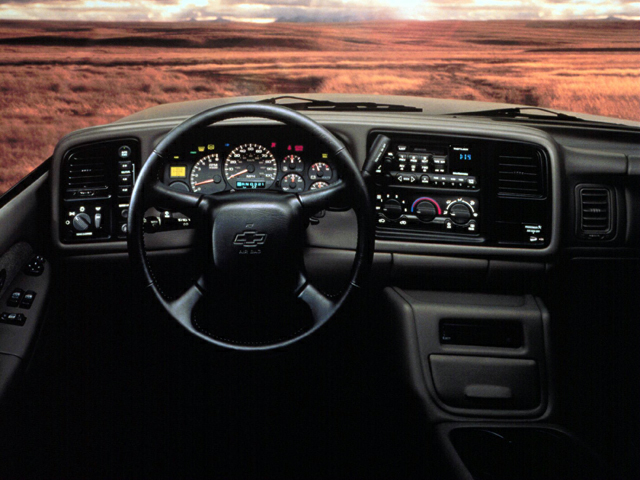