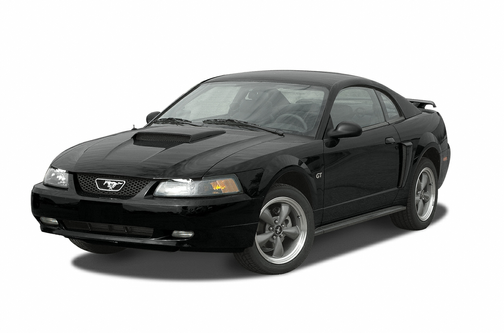 Our 2002 Ford Mustang trim comparison will help you decide.

This is the last Pony standing in its field.

With the Camaro and Firebird going away, the Mustang, in several forms, remains the sole muscular Pony Car from the 1960’s.

It is muscular, its steering is not sharp, it still has a solid rear axle, and with its power and rear-wheel-drive configuration, it is prone to quick oversteer.

You got a problem with any of that?

Lots of folks don’t, because the Mustang endures as an American icon — if one getting a bit long in the tooth.

The 2002 Mustang GT convertible is a case in point.

It retains the essence of raw American power, has a muscular look, a powertrain that can outrun its platform, and too many interior instances of cutting corners on quality.

These days, when you pay more than $30,000 for a sports car/performance car, you should not have to put up with lots of hard plastic and other cheap interior appointments. The Germans in particular give us quality interiors at this price range: nicely paneled doors, textured dashboards, firm and supportive seats.

They even manage to give us at least some interior storage space in various bins and boxes that make great strategic use of the limited space of a smaller car.

This does not make the Mustang a bad car. It’s just that Ford is going to have to do better when it redesigns a car that has not been seriously tinkered with since 1999.

That was plenty to move just over a ton-and-a-half of car. And it did it, aided by twin exhausts, to a truly appealing, burbling exhaust note.

A five-speed manual transmission or a four-speed automatic (as tested) are available in the GT. I found the automatic prone to somewhat sudden, jerky shifts when I got into the gas heavily.

The ride was stiff, with road feel imparted at every notch, nick, bump, or highway expansion joint. That’s not a totally bad thing, since the stiff ride helped keep the car .at when cornering in lane changes on the highway. However, on twisting back roads, where the G-forces climb and the pavement below is not as smooth and .at, the rear suspension tended to get twitchy, kicking out the rear even when not much power was being sent there.

It is an odd sensation in that you have a car powered like a well-trained thoroughbred, yet it can get skittish like a young colt.

Traction control helped handle that skittishness. It uses a combination of torque sent to whichever rear wheel has the most grip and split-second application of the ABS system to help prevent skids and slides.

The GT has an independent strut syste m with separate lower-arm springs and a stabilizer bar up front and, in the rear, a four-bar link setup, coil springs, stabilizer bar, and, unfortunately, that solid horizontal axle. Hopefully the independent rear suspension found in the Cobra/SVT cars will trickle down into the lesser Mustangs in the next generation.

The powerplants from Ford just keep getting better. It is now a matter of tuning the architecture to support them.

From the outside, the Mustang retains the long hood, short rear deck look reminiscent of the ’60s. Added this year, and further enhancing that ’60s appeal, are (nonfunctional) air scoops on the hood and behind each door.

The interior provides ample leg and headroom up front, while rear seat passengers will find their knees pinched against the front seats. Access to the rear seats is difficult and, even with the top down, allowing for contortions you could not perform in the coupe model, can be arduous The front seats are far too soft, nonsupportive, and even floppy at the back.

The twin cowl dash gives a tight cockpit feel for both passenger and driver. Gauges behind the wheel are stark and easy to read. Controls for climate and audio systems, at center dash, are made up of large, easy-to-find and use buttons and knobs.

Interior storage space is virtually nonexistent (the biggest bin is in the console between seats) and the trunk space, already minimal, was largely devoured by the Mach 1000 audio system ($1,295) that came in the test model.

The views from the driver’s seat offer an interesting contrast.

Looking out over the hood, a clean view is interrupted by the bulge of the air scoop.

That will give lots of folks a sense of power as they see this muscular protuberance bobbing ahead as, from the rear, they hear the basso burble of those twin exhausts (even though the one does nothing to contribute to the other).

Looking out the rear is a different story.

The thick C-pillars of the upholstered convertible top cut angled vision considerably. Further, the small slit that is the rear window (at least it’s real glass) reveals a good view of the rear spoiler. Learn to use those outside mirrors, folks.

The Mustang seems to me to be a car at a crossroads. Still standing, but in need of some refinement. By that, I do not mean bleeding out its heart of hot American steel. Keep that heart beating. But to compete (and I’ve seen some of the upcoming GM platforms that could end up beneath hot new competitors) Ford has got to give the Mustang a better platform. Further, it needs to upgrade the quality of its interiors.

The tight, easy-to-use, convertible top. Very quiet on the road. Easy to operate with two manual clamps and one automatic button.

The glove box. So small and thin it is difficult to store even a document inside without pinching it in the latch.

Great car! I just don't drive it that much. Never driven in winter. Oil change and check up on regular basis. Had Gaskets changed this spring.

A car with a million options

Always puts a smile on my face when driving it! Few things not to like, its a RWD, Stick Shift, V8, Muscle car. Very customizable, like if you want options to modify the car, you will not be disappointed. Reliability wise it has done me well, Powertrain is built like a tank . Never had any issues with the engine nor transmission. Only ongoing issue I had was the AC, though where I live its only hot for like 4 months out of the year so I just lived with it. If you get one of these early 2000's GTs, to make it worthwhile you HAVE to put on an aftermarket exhaust. IT will bring the fun factor to a full 10 even if the car isn't really that fast. Would highly recommend.

Rating breakdown (out of 5):
4 people out of 4 found this review helpful. Did you?
Show full review
See all 67 consumer reviews 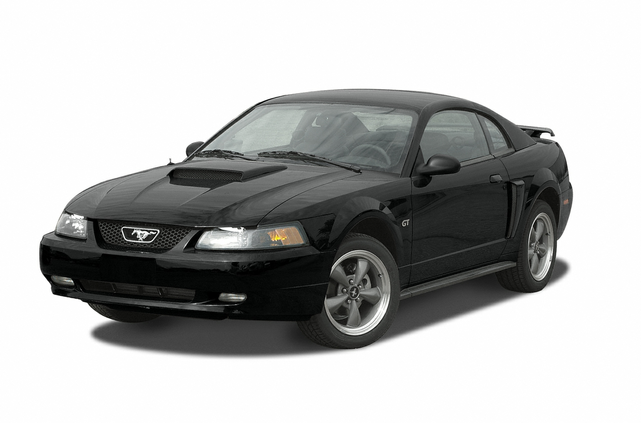 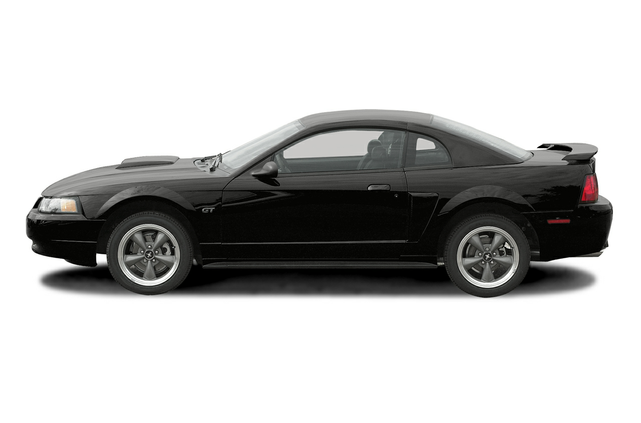 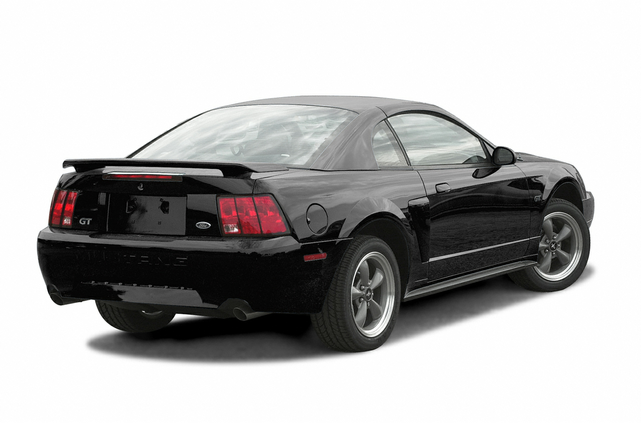 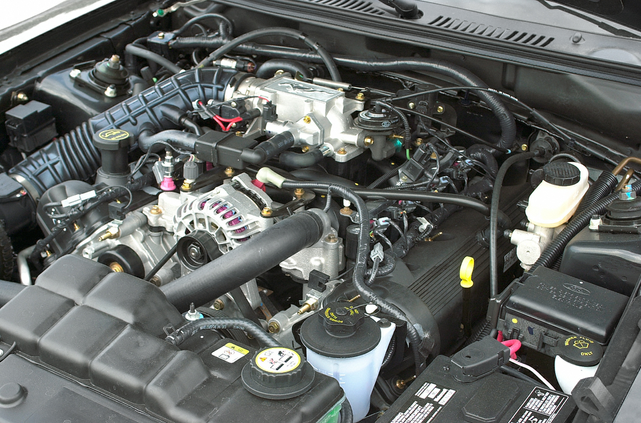 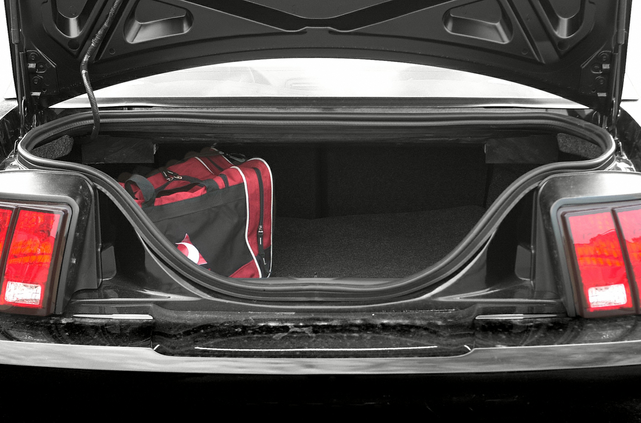 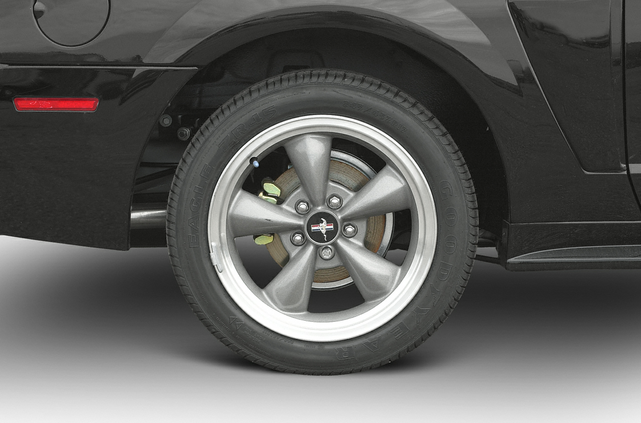 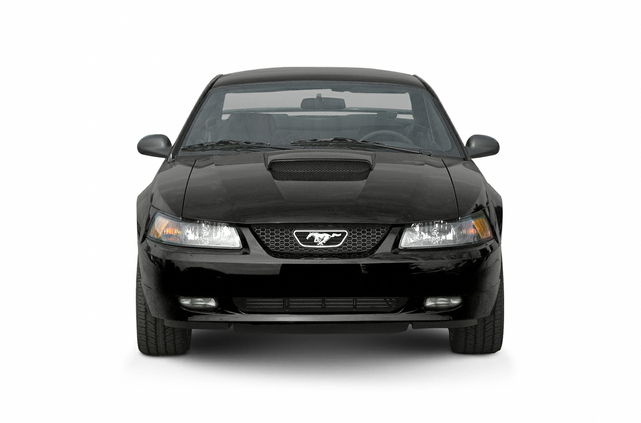 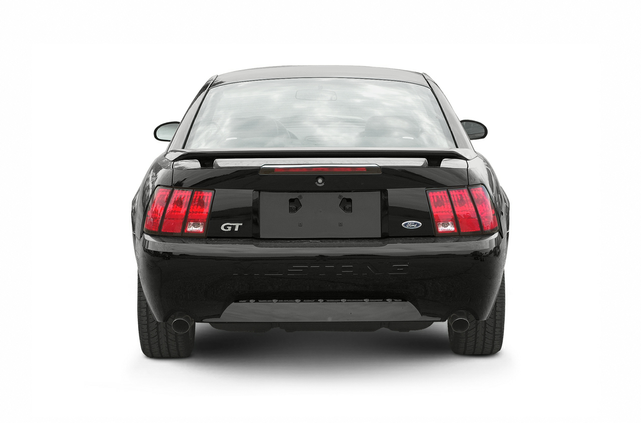 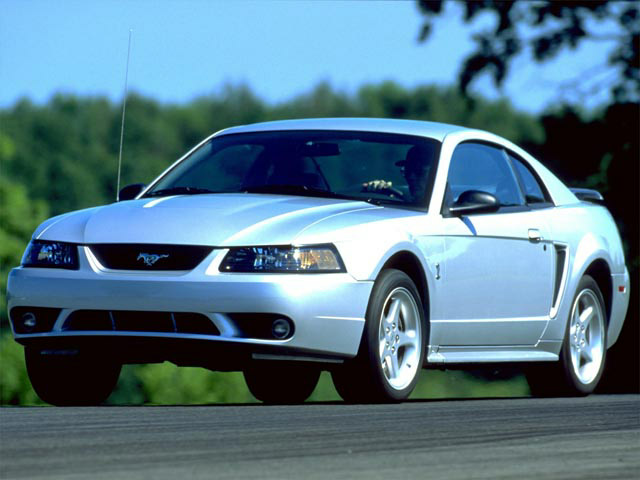 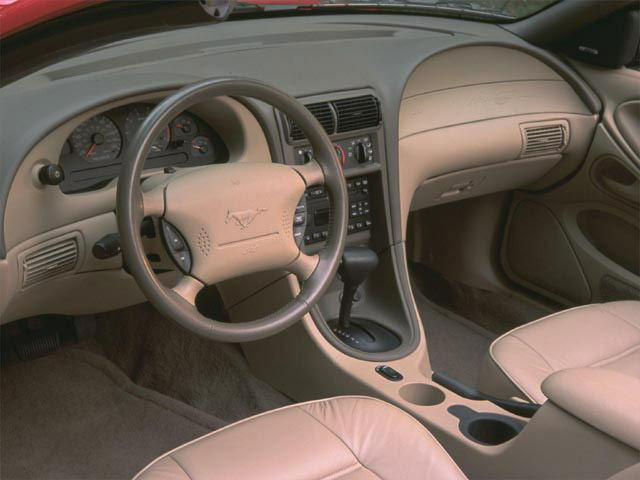 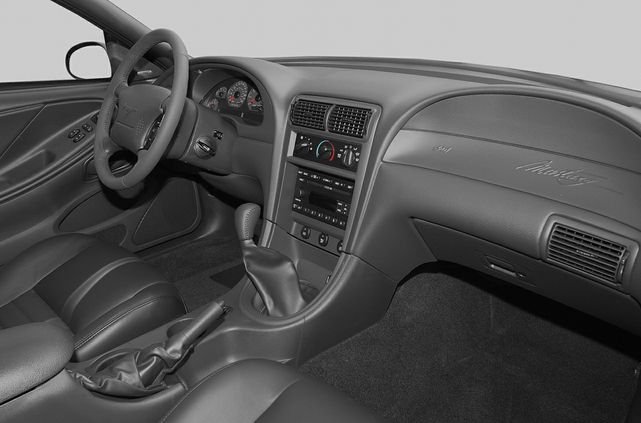 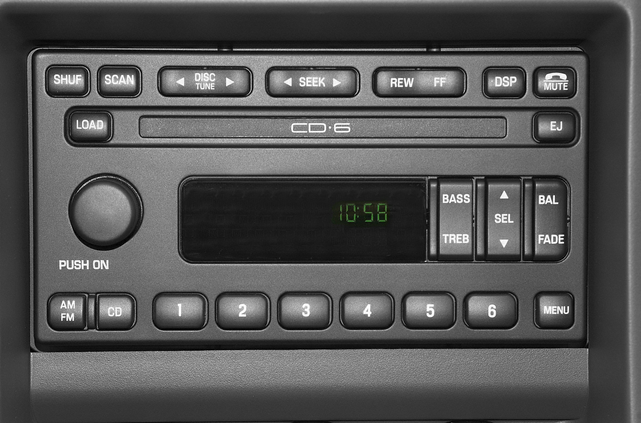 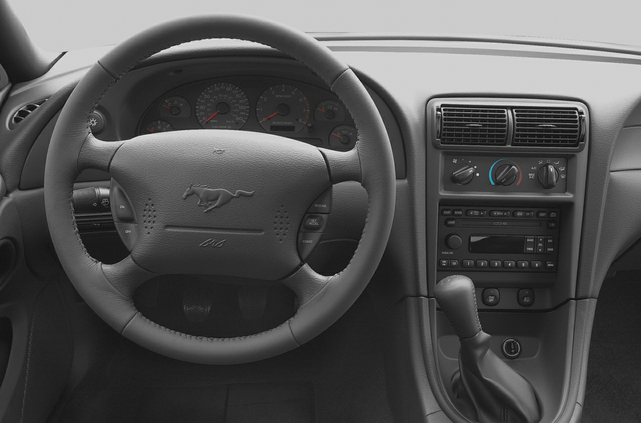 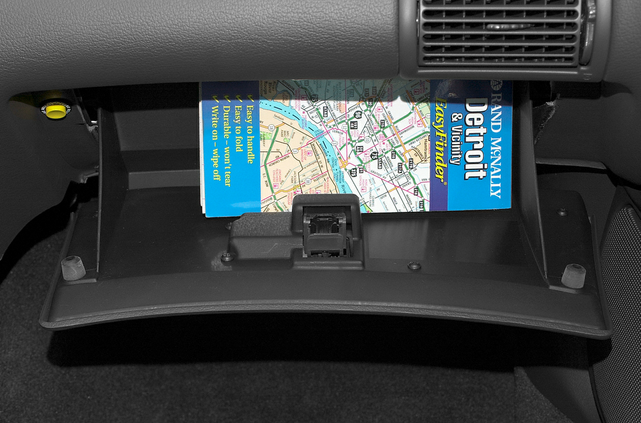 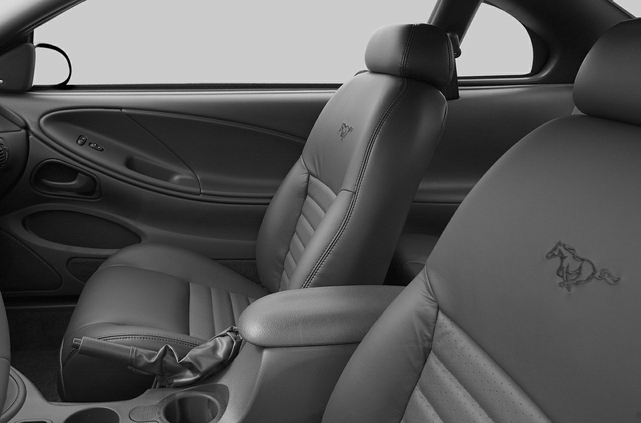 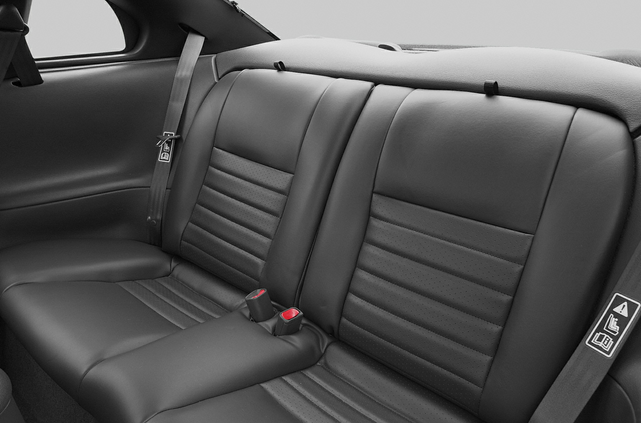 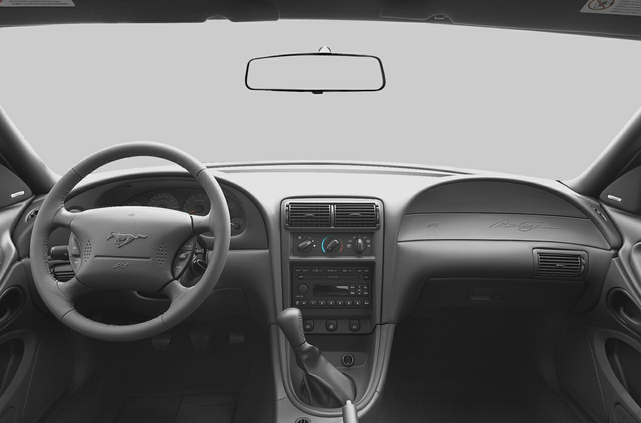