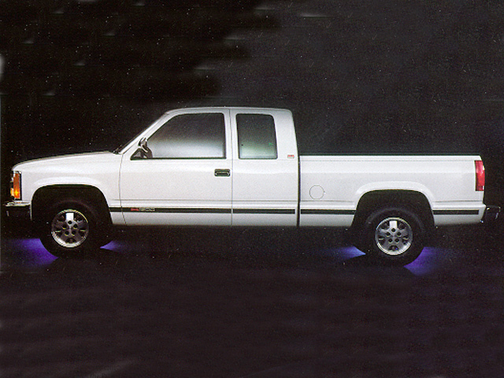 SOMEWHERE amidst the rocks and snow of the Shenandoah Valley, Gerry became a believer. Gerry the Toyota Man, Mr. Anything-but-an-American-Ride Gerry, the dude who once bought a dinky Volkswagen pickup when he couldn’t get the Japanese model he wanted, that Gerry fell in love with a Made-in-Indiana, We-Be-American, 1992 GMC Sierra 4×4 truck!

Gerry’s one of those brothers who always runs his mouth about how Americans in general and General Motors in particular can’t make anything right. He can quote chapter and verse of Consumer Reports and can recite a litany of automotive woes from everyone he knows who has ever owned an American car or truck, and he swears that he knows legions of mechanics who won’t go near anything with a GM nameplate.

For years, I’ve been telling Gerry that he’s full of it — largely because I drive lots of vehicles from lots of manufacturers, and know for a fact that no company, foreign or domestic, makes stuff as bad as its critics claim, nor as good as its advertisements proclaim.

So I invited Gerry to zip up his lips and take a trip with me out to the Shenandoah Valley, where we found some snow-covered, rock-strewn paths for a bit of off-roading in the Sierra 4×4. We bounced around for a couple of hours, hit what we assumed to be several ditches, sideswiped a few fallen tree limbs and generally had a good time.

Gerry didn’t say much. But what he did say was interesting: “{Expletive}, man! I could buy one of these.”

Background: GM rolled out its first full-size pickup in 1917. It has long been a leader in that market segment, although it sometimes has had to suck the dust of Ford Motor Co., maker of the famed F-series pickups. Chrysler Corp., too, has done well with full-size trucks. Heck, trucks have helped to keep Chrysler rolling when seemingly everything else was going wrong at the company.

Full-size pickups, in fact, are where the Big Three still hold some supremacy over their Japanese rivals. But that position won’t go unchallenged much longer. Toyota, despite corporate disclaimers, is working hard to introduce full-size trucks in the U.S. market. And if Toyota makes that move, others will follow.

But here’s betting that any Japanese foray into the full-size pickup market will not be as successful as Japan’s move into car sales — not as long as GM continues turning out trucks as good as the Sierra 4×4.

Complaints: At night, the illuminated instrument panel creates a disturbing glare on the rear window. But regular truck drivers call that a wimp’s complaint. Wimp or not, I don’t like it. Also, it makes little sense to me to do a super-duper job painting a truck bed that’s going to get scratched up, dented and abused by all of the things that work trucks, like the Sierra 4×4, carry. A bedliner ought to be made standard on these things.

Head-turning quotient: The Sierra proves that pretty does not necessarily mean dainty.

Ride, acceleration and handling: Superior acceleration. No wonder: The test Sierra 4×4 was equipped with an optional 5.7-liter V-8, electronically fuel-injected engine rated 210 horsepower at 4,000 rpm. A total beast! The standard engine is a 4.3-liter V-6 rated 160 horsepower at 4,000 rpm, which is not exactly tame. Braking (power-assisted front discs and rear drums) is excellent. Rear anti-locks are standard.

Purse-strings note: The Sierra 4×4 is a darned good truck even without the options. Save money. Scrap ’em. Compare with Ford F-150 and Dodge Ram 150.

Most reliable vehicle yet

August 4, 2017
By DGRAY from Waterford Mi
Owns this car

It is a 1989 extended cab and its has got me from Tennessee to Oklahoma now i reside in Michigan. This truck has been a blessing with back and forth home, and school mostly.

Dashboard is fragile and cracks easily. Never broken down on me yet. If something goes wrong it was easy to fix with the layout of the engine. Hard to scratch the paint off and hard to put dents in. Most of the truck is still stock and runs great! 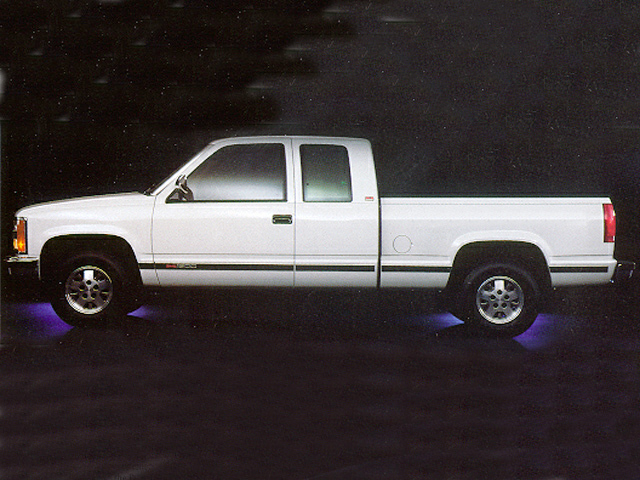