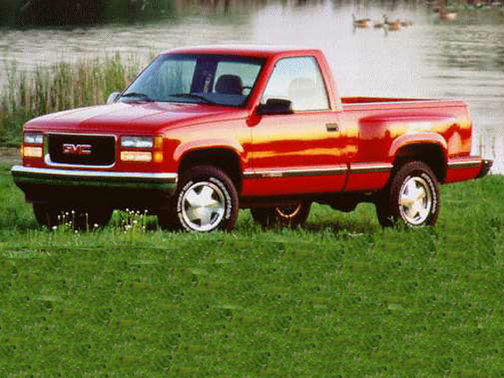 Although General Motors’ full-size pickups lag behind Ford’s new F-150 and the Dodge Ram in some areas, they’re up to the minute in one key respect.

Thanks to a new third-door option, the usefulness of rear seat space in Chevy and GMC extended-cab models improves by a bunch, making that space accessible to almost anyone. It’s no longer a realm restricted to gymnasts and contortionists.

But that extra door — a $420 option on our loaded GMC Sierra Club Coupe 4×4 — lends a measure of civilization that takes pickups another evolutionary step forward.

While sport-utility vehicles are in the limelight these days, pickups have been quietly but steadily moving closer to the mainstream as everyday transportation.

Adding a back door makes them more convenient for people who need them to haul kids, dogs and groceries inside as well as lumber, hay bales and sofas in the cargo bed.

We’re not forgetting the four-door crew cab pickup here. But crew cabs are only slightly shorter than aircraft carriers and only slightly handier in traffic. That’s why their popularity is confined almost exclusively to construction crews and racing teams.

But GM was the first to announce a third-door pickup. Moreover, GM is the only manufacturer offering a third door option on its compact pickup line.

When you order an extra door on extended-cab versions of the Chevy S-Series and GMC Sonoma, it’s on the driver’s side, rather than the passenger’s, but the net effect is the same — easier access.

Incidentally, there’s an interesting semantic footnote to the development of the GM third door.

Although an extra door makes getting people and stuff into the rear of an extended cab easier, don’t expect living room space once you’ve eased yourself inside.

Rear seat legroom in all full-size extended-cab pickups is about the same as you’d get in a subcompact sedan.

Most manufacturers rate extended-cab passenger capacity at five or six, depending on whether the front has a bench seat or twin buckets.

But if your passengers in the rear seat are taller than, say, 5-foot-5, there’s really only room back there for two.

On the other hand, when you’re not accommodating people there’s a lot of room for things you’d rather not leave in the cargo bed, like power tools. And it’s a lot easier to get those things in and out.

Aside from the absence of an air bag for the front passenger, the interior of our Sierra test truck provided an excellent index of just how livable pickup trucks have become.

In addition to the roominess that goes with an extended cab, this truck was well equipped with air conditioning, a very good AM/FM/CD/cassette sound system, power windows and locks, tilt steering, cruise control and a leather-wrapped steering wheel. That was all part of a $3,454 comfort-convenience package.

The 60-40 split bench seat provided plenty of room to squirm around in extended driving, which helped to offset its so-so contours. There were also plenty of places to stow small stuff, including a fold-down center console that doubles as a seat back when three are riding up front.

GM’s cup-holder team — a key part for any manufacturer’s design staff these days — did an exceptionally nifty job in the General’s full-size pickups. The holders pop out of the upper-right portion of the dashboard above the climate and audio buttons and dials, but don’t interfere with any of them. Nice.

Another contemporary feature in our test truck was electronic engagement for the four-wheel-drive system, a $123 option. No wrestling with a separate s fter for the transfer case. Just push a button and you’re ready for gooey going.

Even with the third-door option, GM’s big trucks are beginning to show their years in a couple of areas.

The first is styling. Although pickup truck design ages slowly, the Chevy and GMC C/K have been upstaged by the macho presence of the Ram and the smooth-but-tough looks of the new F-150.

More important, however, is what’s underneath the styling. Like their major competitors, GM pickups ride on a sturdy ladder-type frame.

But both the Ram and the new F-150 seem to have an edge in the structural derby.

I’ve watched a number of torture demonstrations involving Big Three trucks bounding over bumps the size of railroad ties. The bumps were laid out in an alternating pattern so that the shocks were administered first to one side of the truck, then the other, and the maximum speed was about 20 m.p.h.

Obviously, all three trucks reacted to this kind of punishment, but none as dramatically as the GM truck.

The cab and the rear of the truck seemed to be marching to entirely different beats, and there were a couple of occasions when I was sure that the cargo box was about to part company with the rest of the vehicle.

The F-Series and Ram pickups didn’t twist nearly as much. The GM chassis doesn’t appear to be nearly as stiff as its competitors, and that’s a bad thing.

On the other hand, ride quality in GM pickups may be the best in the business, even with Toyota’s mannerly T-100 included in the reckoning.

Our test truck did a surprisingly good job of smoothing out small bumps and broken pavement, even with no load to take some of the starch out of the rear springs. And with a load on board, it was even smoother.

Another area where the GM pickups enjoy an edge over the new F-150 — at least for the moment — is in optional powertrains.

All of GM’s gasoline truck engines were given the Vortec treatment. That essentially entails vastly improved induction systems for 1996, with dramatic gains in horsepower and torque right across the board.

Although the 5.0-liter V8 performed smoothly and willingly, my preference among all the GM truck engines is the 5.7-liter V8, which is an excellent workhorse for hauling or towing or both.

Dodge has an impressive array of offerings in its truck engine arsenal, too, but GM is definitely at the forefront in this department.

Judging by that worried look on your face, I’ll bet you’ve glanced at the price somewhere along the way.

Don’t worry. Be happy. The bottom line for our test truck is indeed pretty heavy, but it had everything except for leather upholstery and one of the bigger engines.

Pricing for the Club Coupe models starts at a little more than $18,000, and if you’re careful with the option shopping — you may not need four-wheel-drive, for example — you could drive home in a well-equipped truck with a 5.7-liter V8 for about $22,000, maybe less.

GM’s full-size trucks may be the old kids on the block, but they’re priced right, they’ve got plenty of punch, they’re smooth on the street and now they’ve got the option of that extra door.

It’s really not so surprising tha e love our trucks in America. They keep getting easier to love.

I have owned this truck since 2007 and have had very few issues other than regular scheduled maintenance items. It runs as good today, as it did the day I bought it. Very good value for the money.

December 15, 2019
By IceInTheBack from Vacaville, CA
Owns this car

I purchased this truck in 2007 and have had nothing but good luck with it since. My intent has always been to keep it so, I kept invested more money to make it very nice. Almost everything is new. Rides down the freeway very smoothly and comfortably. The stereo is crisp and clear with just the right amount of punch. This is a truck for someone that appreciates nice vehicles and wants it for the long haul.

September 5, 2019
By Owhite from Richmond UT
Owns this car

Runs like new. Great towing and handling. For the 2 wheel drive type just put a couple sand bags in the bed for winter driving. 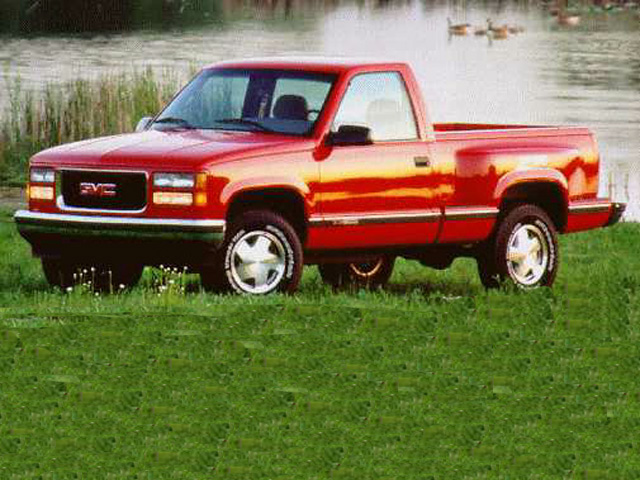