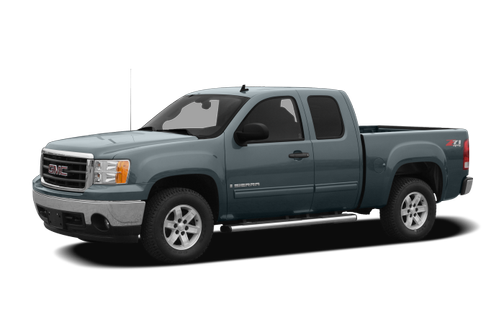 Editor’s note: This review was written in April 2008 about the 2008 GMC Sierra 1500 Crew Cab SLT. For 2009, a new six-speed automatic transmission that improves gas mileage is available. To see what else is new for 2009, click here, or check out a side-by-side comparison of the two model years.

Unlike other truck builders, which rely on one nameplate for success in the full-size truck market, GM offers two models — the Chevrolet Silverado and GMC Sierra — that share the same platform and have other similarities. The Silverado is far and away the more popular of the two models, but truck buyers shouldn’t overlook the Sierra just because there aren’t as many of them. For a truck, the GMC offers a refined driving experience and, in higher trim levels, an upscale cabin that wouldn’t be out of place in a premium SUV.

Exterior & Styling
The biggest difference between the Silverado and Sierra is in the trucks’ front-end appearance. Both feature grilles that are heavy on chrome, but each has a different design; the Silverado has a prominent bar that bisects the grille, while the Sierra uses thin slats. I prefer the Sierra’s chiseled front end mainly because it looks manlier — always a good thing where trucks are concerned — and more assertive (see a side-by-side comparison with the 2007 model).

Ride & Handling
Full-size crew cab pickup trucks are the vehicle of choice for some families, which makes ride quality a more important factor than it was when crew cabs were, as the name implies, primarily used for carrying work crews around. The Sierra does a good job meeting the demands of the modern truck buyer, as it cruises comfortably but also retains the capability expected of a full-size pickup.

Suspension tuning plays a big role in ride quality, and the Sierra I tested featured a Z71 Off-Road suspension package as well as an All Terrain option package, which is new for 2008. With an unladen cargo bed the Sierra’s ride quality is fairly stiff, but the suspension does a good job soaking up large imperfections in the road. Reasonably precise steering response gives the driver much appreciated confidence when driving at highway speeds.

Going & Stopping
Just as there are a number of different cab and cargo boxes available for the light-duty Sierra, there’s a range of V-8 engines and one V-6 that can have anywhere from 195 to 403 horsepower. My test truck had one of the midlevel engines — an all-aluminum 5.3-liter V-8 rated at 315 hp and 338 pounds-feet of torque. The engine features GM’s cylinder-deactivation technology that cuts off fuel to four of the engine’s eight cylinders, temporarily turning it into a V-4. This fuel-saving measure operates without the driver’s involvement and helps the Sierra achieve class-leading gas mileage estimates.

Besides its fuel-saving prowess, the 5.3-liter V-8 is also a gutsy performer that doesn’t feel taxed in the least moving the 5,326-pound Sierra crew cab. It also emits a pleasing V-8 rumble.

The V-8 drives a four-speed automatic. Don’t scoff at the transmission’s low gear count; it’s well-matched to the V-8, and its unobtrusive shifts are a welcome quality and contribute to the truck’s overall sense of refinement. The transmission will also kick down quickly if you need to pass.

The Sierra’s brakes are less praiseworthy. They don’t have any trouble stopping this rig, but the pedal itself doesn’t offer much sensation.

The Inside
Full-size truck cabs have made some big strides lately in terms of material quality and detailing, and the Silverado and Sierra took it to a higher level when redesigned versions debuted for the 2007 model year.

The trucks are available with two different dashboard designs. One is a more traditional arrangement and the other has a carlike design. The more upscale, carlike dash is similar to the one in GMC’s full-size Yukon SUV, and in the Sierra it gives the cabin a distinctively untrucklike look. The dash plastic has attractive graining and, on All Terrain models, is accented by brushed-silver trim. The armrests on the doors and the large center storage bin are positioned in the right place for optimal comfort.

The cabin does have its downsides, though. The buttons for the air conditioning system are excessively small considering all the space available in the middle of the dash. The steering column tilts but doesn’t telescope, and the tilt feature has predetermined notches, which prevented me from putting the wheel exactly where I wanted. The doors covering the All Terrain’s front cupholders and a small storage pocket have flimsy latches.

Vinyl seating surfaces are standard, but my SLT test truck came equipped with leather seats finished in a two-tone color scheme that’s part of the All Terrain package for this trim level (SLE2 All Terrain trucks get black cloth seats). Though the cushioning in the leather front bucket seats is on the firm side, the seats offer good support and I never stepped out of the truck feeling sore. The leather seats in SLT trucks are heated, and unlike many other heated seats you have the ability to heat both the backrest and the bottom cushion or just the backrest.

Though the crew cab body style provides adequate space for adults in the rear seats, I was expecting it to be a little more spacious and comfortable; there’s good headroom, but my legs were touching the back of the front seat, and the rather upright backrest isn’t very comfortable. The cushioning is the complete opposite of the front; you sink into the cushy seats. I’m 6-foot-1, so shorter passengers may not feel as squeezed. If you’re looking for more lounging room, take a look at the Dodge Ram Mega Cab, 2009 Ford F-150 SuperCrew or Toyota Tundra CrewMax.

Cargo & Towing
When the crew cab’s rear seats aren’t in use, it’s easy to fold them up and out of the way to use the space for carrying bags inside the cab rather than in the cargo bed. It’s as simple as lifting up on the front of the seat cushion until it’s perpendicular with the floor. There are no levers to press or latches to secure — the cushion just stays in place vertically, and it didn’t fall down when I was driving. With both portions of the 60/40-split backseat up, there’s a relatively flat floor for your belongings. Pulling down on the seat cushion makes the backseat usable again.

Towing and payload figures vary by body style and drivetrain, but the four-wheel-drive crew cab Sierra I tested had a payload rating of 1,674 pounds and a towing capacity of 7,500 pounds with the 3.73 axle ratio. With the optional Max trailering package that includes a 6.0-liter V-8, however, the light-duty crew cab Sierra is rated to pull as much as 10,500 pounds.

Safety
Four-wheel antilock brakes and an electronic stability system are standard. Side curtain airbags are optional.

Backing up a full-size truck can be challenging in tight quarters, but technology like rear parking sensors, which are optional for the Sierra, make the process a little less nerve-racking.

Sierra in the Market
Even though full-size trucks still sell in large numbers, sales have slowed. Competition for the remaining buyers is only increasing, as the Ram 1500 and F-150 have both been redesigned for the 2009 model year and go on sale late this year. Toyota’s Tundra was new for 2007. This is what the Sierra is up against, and while the competition is formidable, the Sierra is well-positioned to compete.

My gmc sierra 5.3 flex fuel has now gone thru 2 engines 1 at 99,000 miles out of warranty and the other at 170,000 miles.The afm lifters bent and the cams went crooked.No Help from Gm except if the ever recall those engines they will help with some of the cost.I am in for about 9,000 dollars.The Cadillac Northstars had the same issuse and was never recalled.

March 24, 2022
By Sharon from Niagara falls Ontario
Owns this car

Beautiful looking truck. Afm is a disaster!. Was using quart of oil every short trip. (500klm.)These issues are commom. Had valve job done 1 month after purchasing from a dealer. Did not fix issue. New head gasket. Had to purchase Afm delete which fixed oil issue. Now a lifter may be stuck. Has low k for the year. Pure garbage.

The gmc sierra that I own , I bought brand new and

I bought my gmc sierra in 2009 , brand new, and it’s the best truck that I have ever owned, and I have tried a lot of nice trucks, I mean i have owned a truck, Ford used to be my favorite , but it doesn’t even stand a chance up next to a gmc sierra like mine, my brother in-laws were very jealous about me owning it, my brothers all liked it, I have had a lot of pleasure driving my truck, and I have had very little problems with it, I’m retired now or i would buy another one just like it, gmc is the premier truck, it’s the very best, i love my truck.

Rating breakdown (out of 5):
14 people out of 14 found this review helpful. Did you?
Show full review
See all 41 consumer reviews 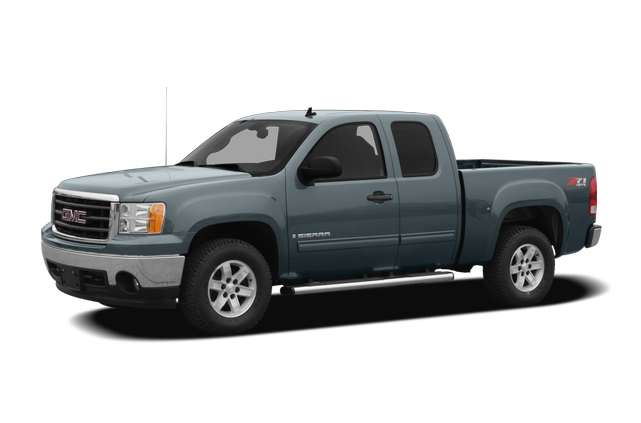 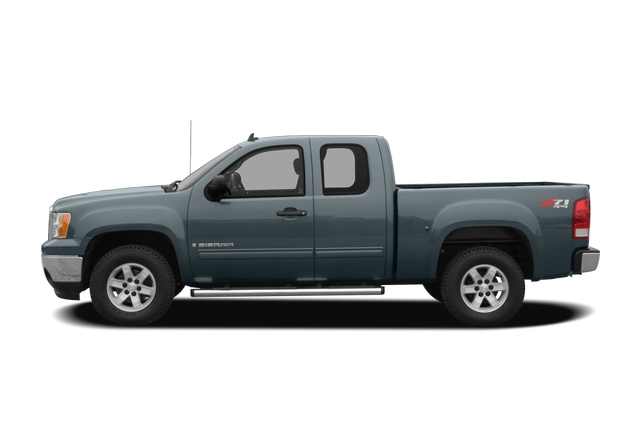 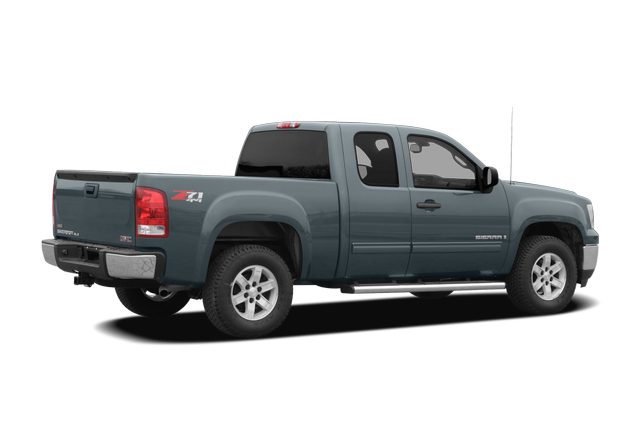 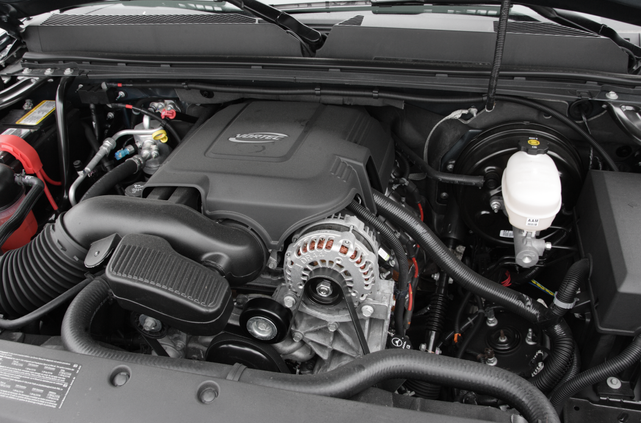 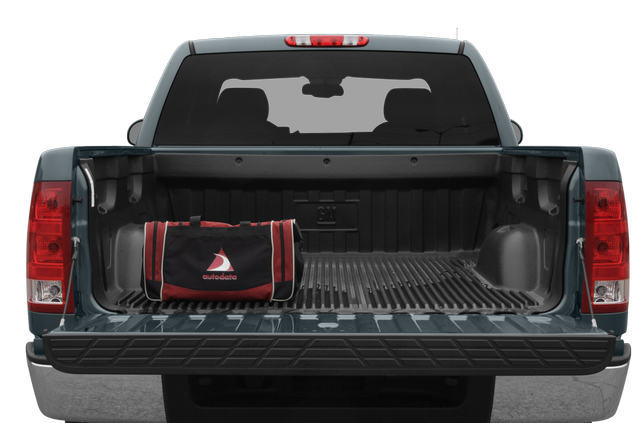 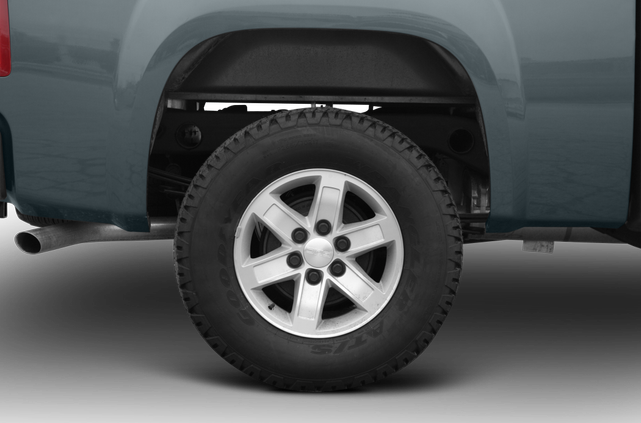 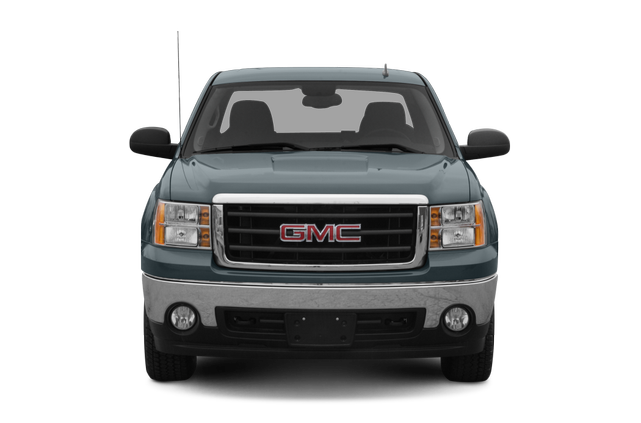 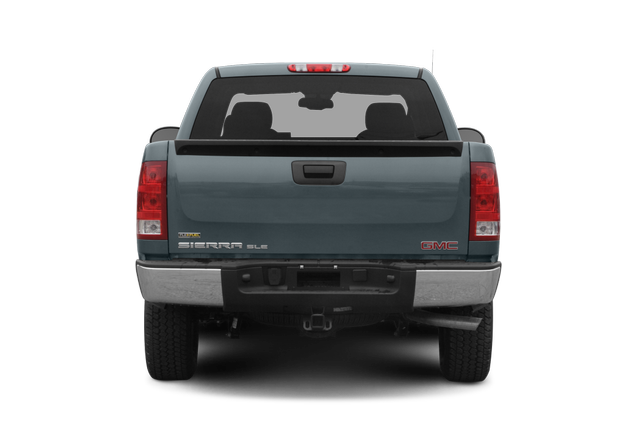 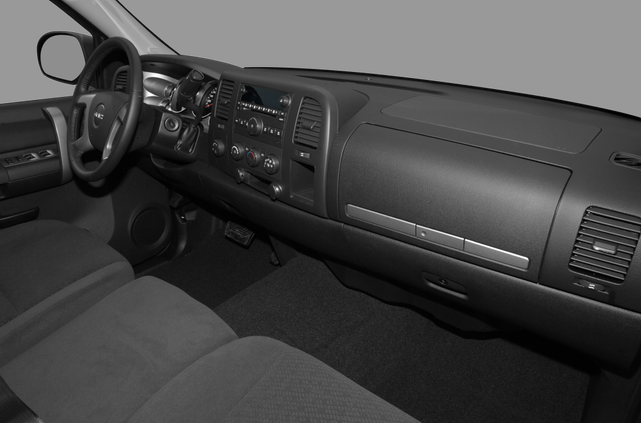 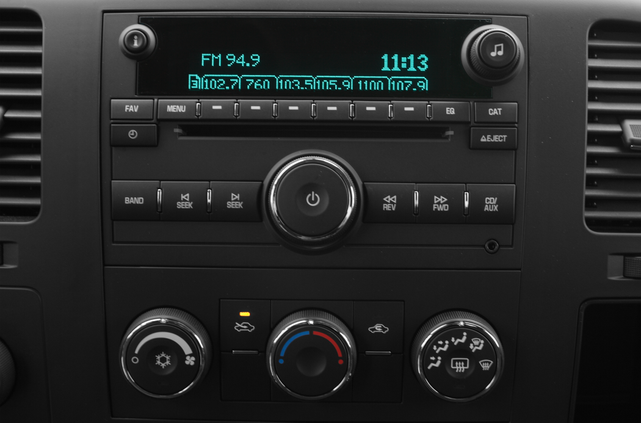 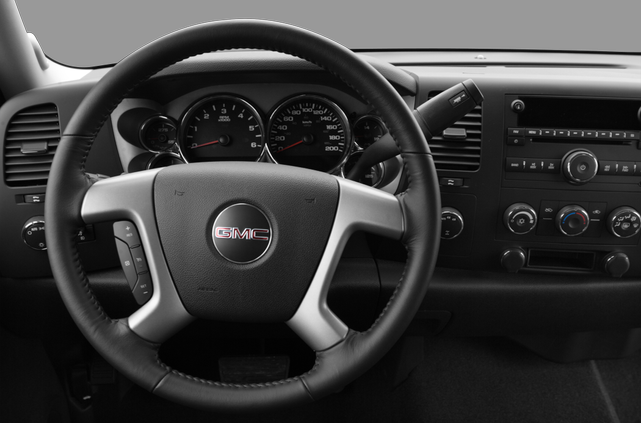 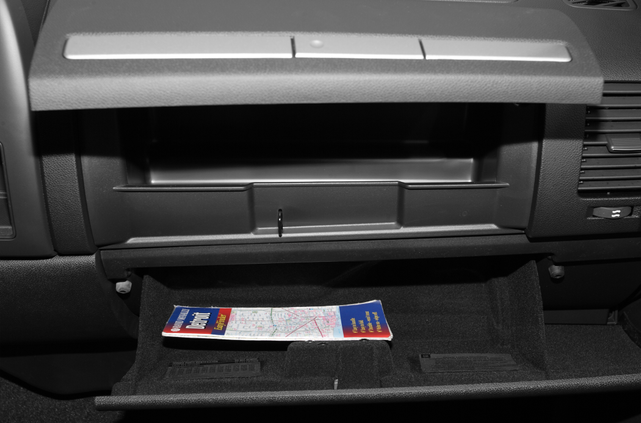 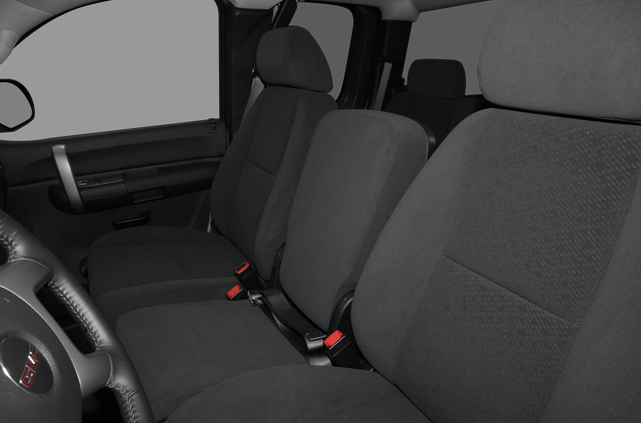 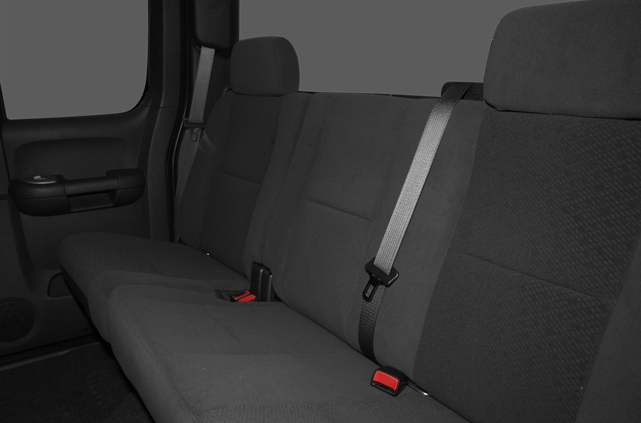 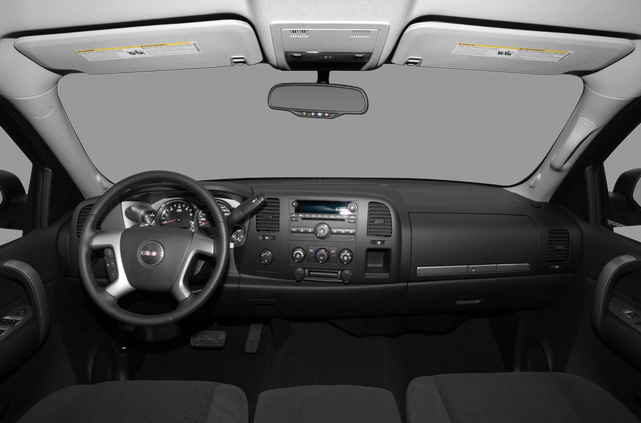 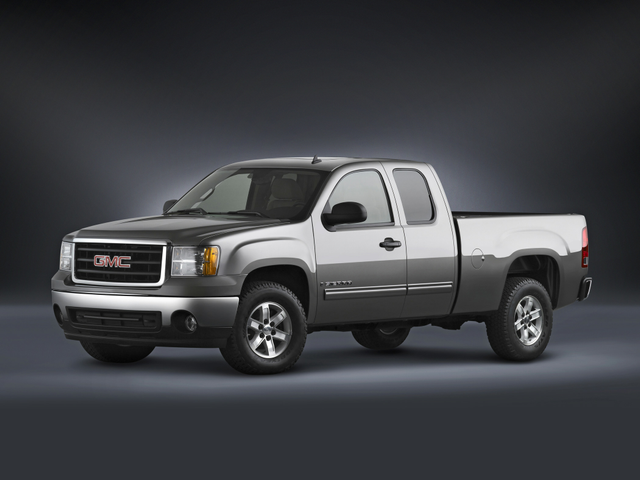 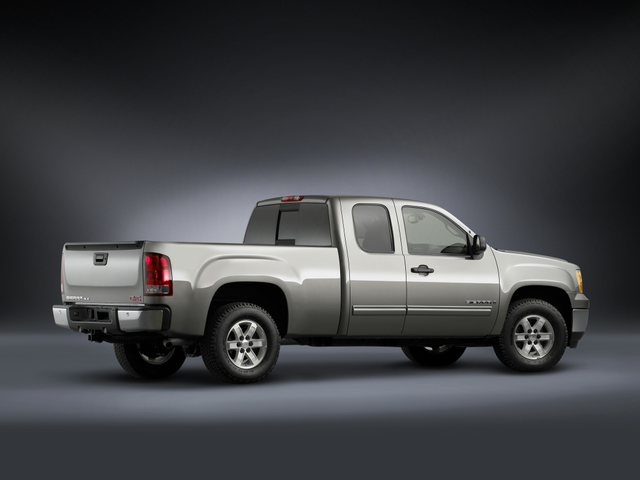 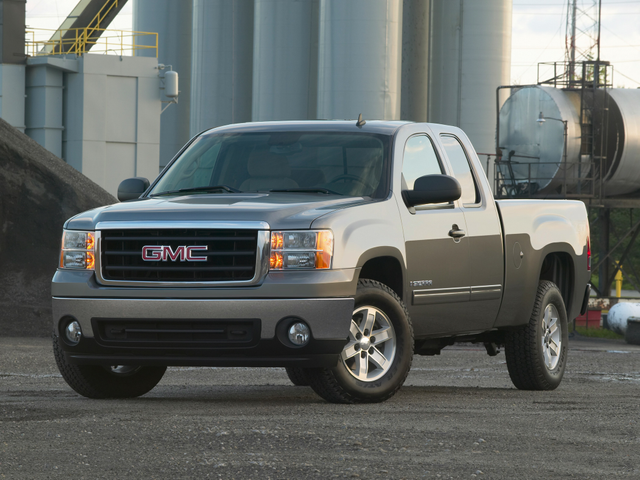 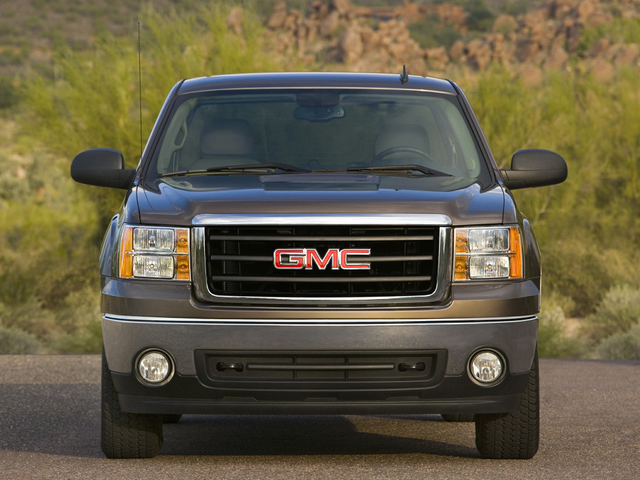 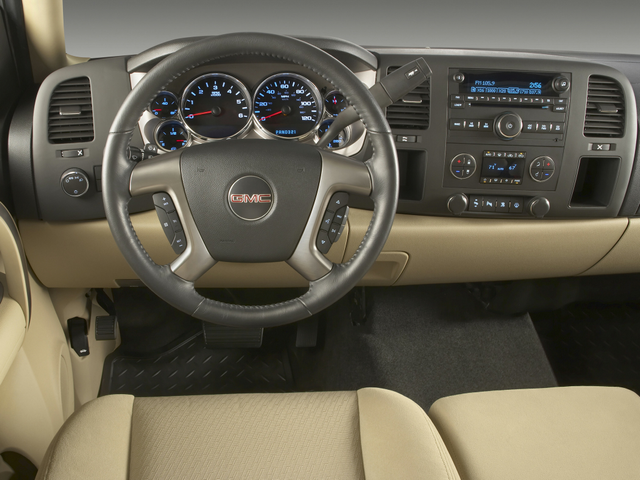 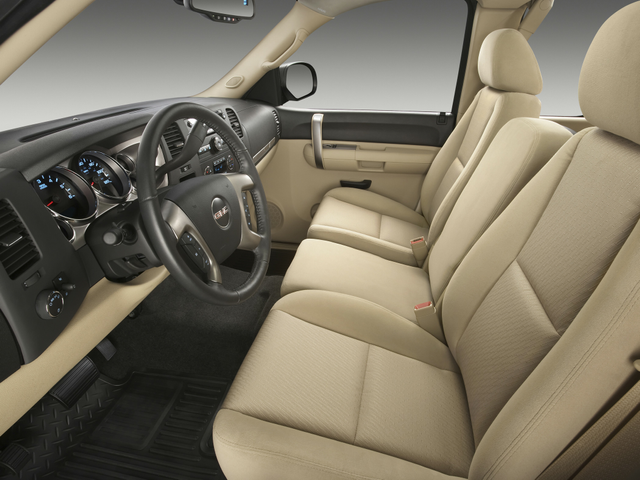