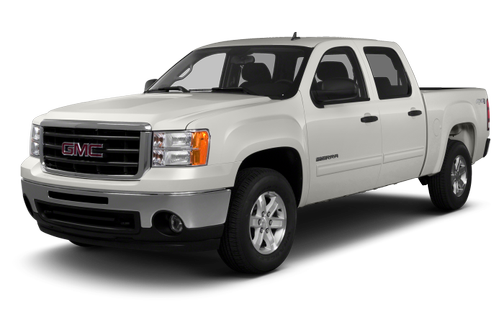 You’ve seen this pickup truck before. In fact, you’ve seen this truck for a long time, as it was introduced for the 2007 model year. It’s been around longer than any other current full-size pickup except the Nissan Titan, and right now, GM is building the final models before switching over to the refreshed 2014 version that’s due later this summer.

This is the last hurrah for the 2013 GMC Sierra 1500 Denali before the new model replaces it.

Some may wonder why we’d test one of these instead of waiting a few months for the next model. Well, while the new 2014 GMC Sierra may be just around the corner, the 2013 is still an extremely capable, powerful, comfortable rig with a practically bulletproof reliability — given how long this truck has been built, GM worked out the manufacturing and design kinks a long time ago. Because the company is looking to clear dealer lots of the 2013 models before the 2014s arrive, there are some sweet deals on these trucks at local GMC showrooms.

Just about everything remains unchanged from the 2012 to 2013 model year for the Sierra, with the exception of two new colors that aren’t available on the Denali anyway. Powertrains haven’t changed for the Denali model; it’s still the FlexFuel 6.2L V-8 cranking out 403 hp and 417 pounds-feet of torque and still utilizing GM’s previous-gen Active Fuel Management (AFM) cylinder deactivation, which is designed to seamlessly cut fuel off during certain level-ground cruising and coasting situations to help improve fuel economy. Both feature GM’s Active Fuel Management cylinder deactivation, which seamlessly cuts off fuel during cruising situations to help improve fuel economy slightly.

The standard transmission is GM’s 6L80 Hydra-Matic six-speed automatic, coupled with an electronic transfer case and full-time all-wheel drive. Our Onyx Black Metallic Denali moved confidently into traffic (thanks to a torque monster of a motor) yet rumbled quietly around town without any issues. We didn’t do any towing or hauling with our week in the truck (seeing as how it was the media preview at the 2013 Detroit auto show and we were otherwise occupied), but the Sierra Denali’s 1,623-pound max payload and 9,400-pound towing capacity are more than up to most tasks. Fuel economy is EPA rated at 12/18 mpg city/highway, and we observed 14.5 mpg in mixed use, including a lot of 80 mph highway jaunts between Ann Arbor, Mich., and Detroit.

With the cancellation of the Cadillac Escalade EXT, the Sierra Denali currently sits as GM’s most luxurious light-duty pickup. Although the interior shows its age in terms of design and function, it is still a comfortable, pleasant place to spend time. The heated and cooled seats are 12-way power adjustable and covered in premium leather. The instrument panel’s familiarity and plastic quality are ready for this year’s coming refresh, but the assembly quality and tactile feel of the attractive chocolate brown two-tone interior is still top notch. The green glowing gauges, LCD readouts and fingernail-sized buttons on the multimedia system are all overdue for the history books, but they remain easily legible and largely uncomplicated. It’s a dated interior, especially after seeing previews of the new one in person, but the uplevel touches that come with the Denali trim level still keep things respectable in the cabin.

There is something to be said for buying a truck that’s going out of production. The latest Ram 1500 and Ford F-150 have both been refreshed and feature all the modern conveniences of passenger cars — for better (Chrysler Uconnect) and worse (MyFord Touch). The ’13 Sierra 1500 has none of this advanced technology; it merely has an easy-to-use navigation system, backup camera and easy interface for plugging in a media player like an iPod. No confounding voice controls, no finicky quasi-functional touch-sensitive panels. Unfortunately, it doesn’t have auto-up windows, Bluetooth audio streaming or tilt/telescoping steering wheel, but such are the trade-offs.

The price starts at a well-equipped $49,630, including a $995 destination charge. Our tester came equipped with navigation, power sunroof, chrome steps, an integrated trailer brake controller and a 3.42 ratio rear axle for a total of $53,694. That might seem a little steep for a truck in its last days, but current deals from GMC are quite strong for the outgoing Sierra.

While no factory spiffs are being offered on the Denali trim model just yet, GMC is taking up to $8,000 off the price of a Sierra 1500 SLE with a special value package. As the year continues on and summer approaches, those deals are likely to get better and better as GM works to clear inventory of 2013 models in preparation for the redesigned 2014 models. With discounts that big, the significant positive traits of the outgoing model make this a truly solid deal.

This was the best GM truck I've ever owned

January 4, 2021
By Gary T from Highland
Used to own this car

I bought this truck used in 2016. I would still own it to day (January 2021) if not for the rust in the rear wheel wells. That seems to be a problem with many GM pick up trucks. It was the SE version and I really enjoyed owning and driving it. It never let me down and was trouble free for the 65K miles that I owned it. It was the most comfortable pick up truck I've owned. The 5.3L engine had all the acceleration a sane person needed and if you drove it sensibly on the highway, you could expect to get 21-23 mpg. Not bad for a 6K pound + truck. If GM ever addresses the rear wheel rust issue on these trucks, I might own another one some day.

Nice truck so far, drove it home 150 miles. Seemed to run just fine, I’ll have to give it a few more days to find out how good it is

This truck works great and is comfortable doing it even at 150,000 miles. Our GM trucks have always preformed well and this one is no different.

Rating breakdown (out of 5):
6 people out of 7 found this review helpful. Did you?
Show full review
See all 58 consumer reviews 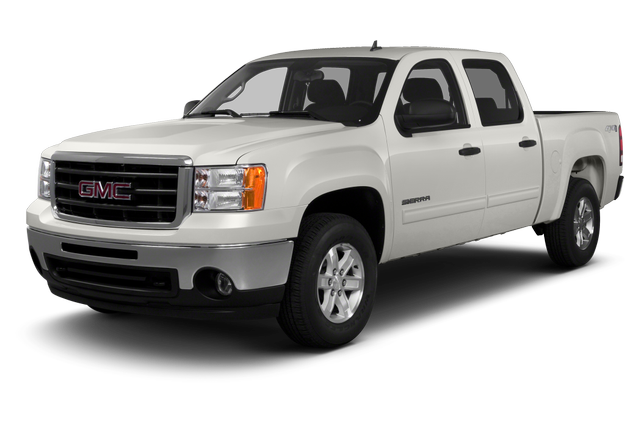 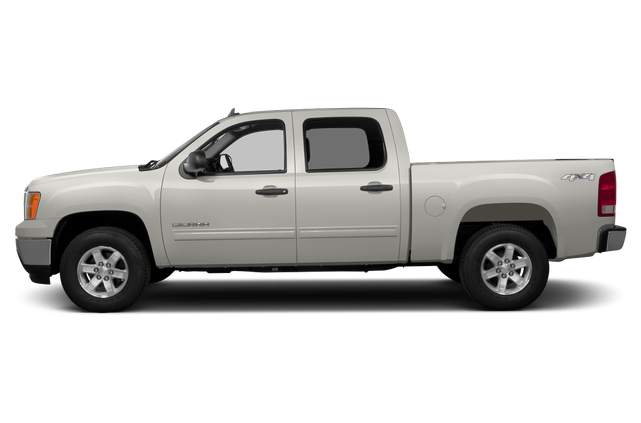 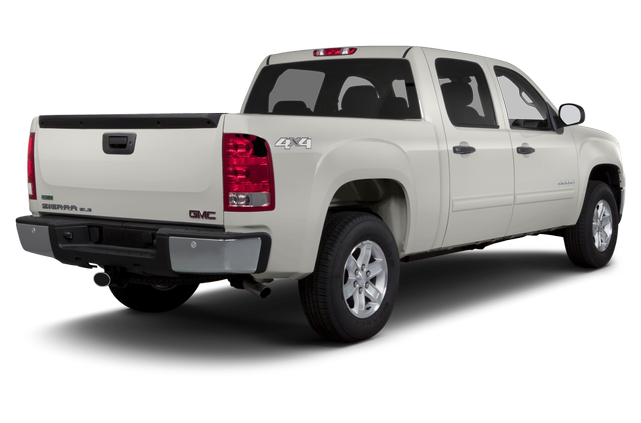 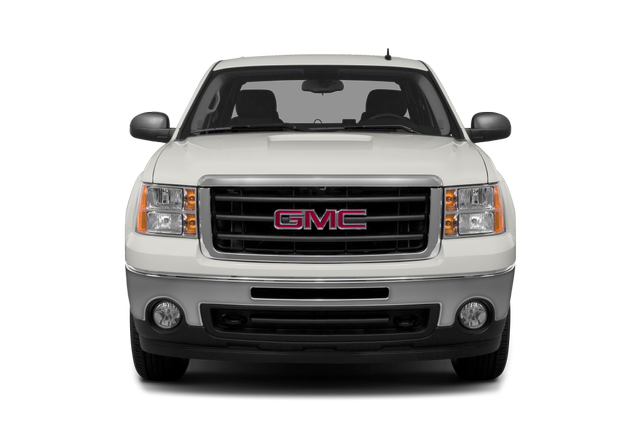 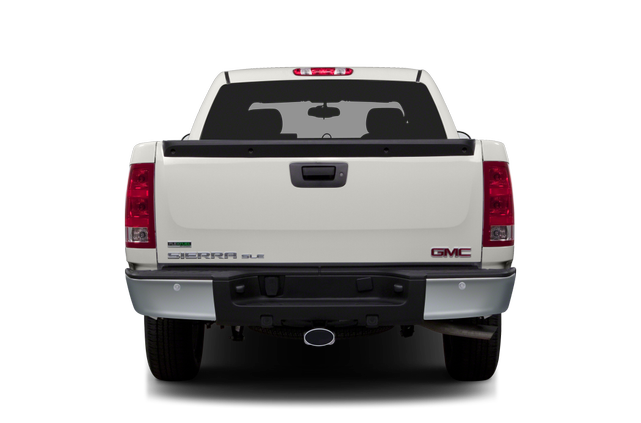 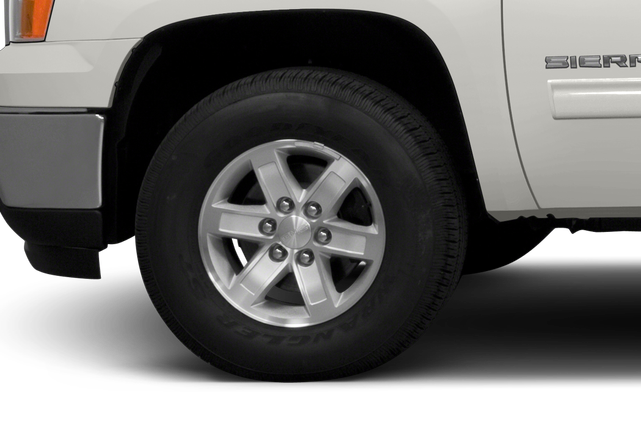 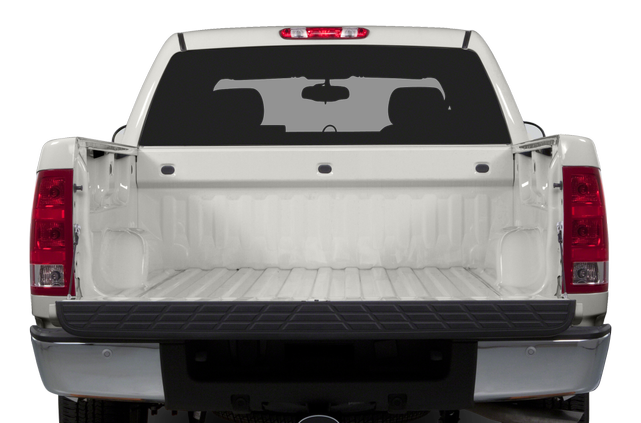 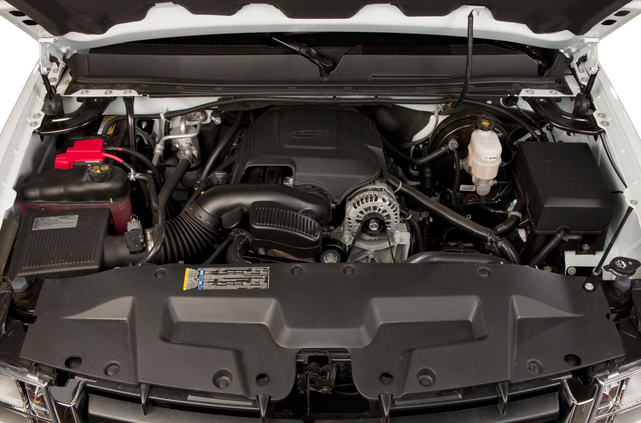 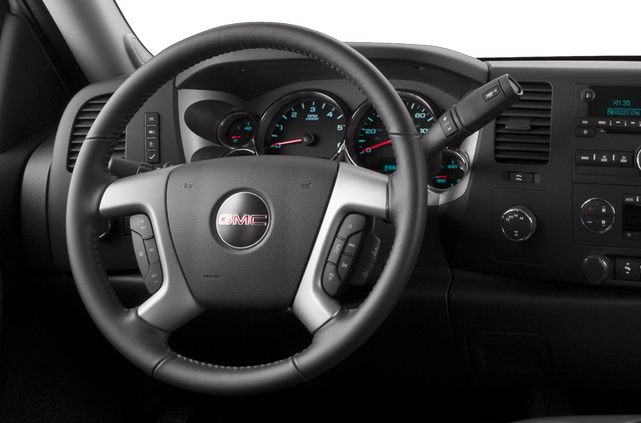 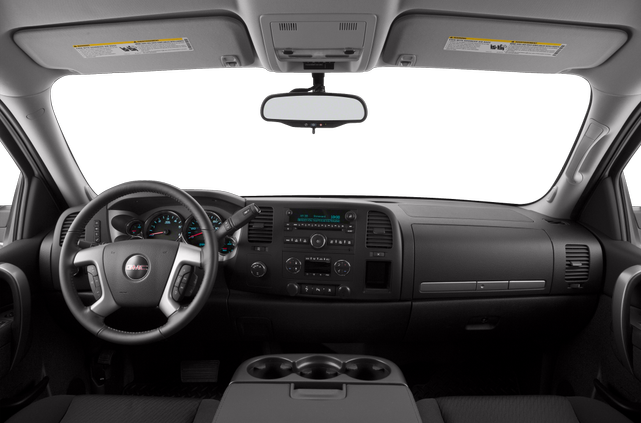 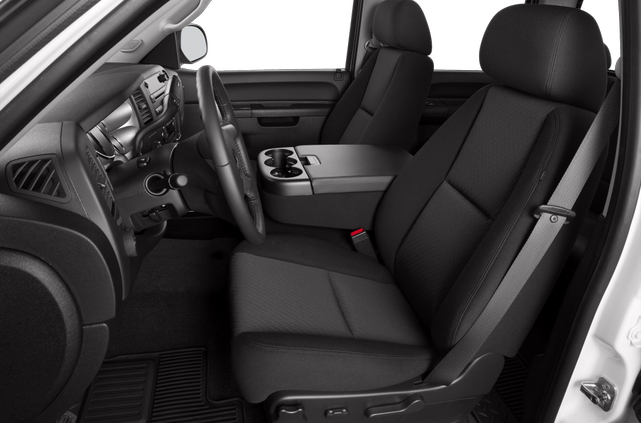 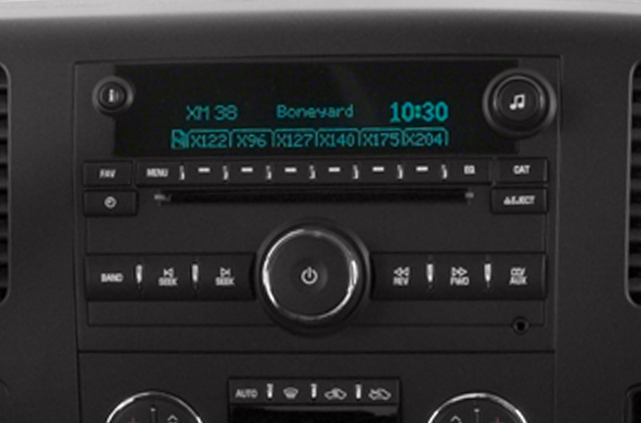 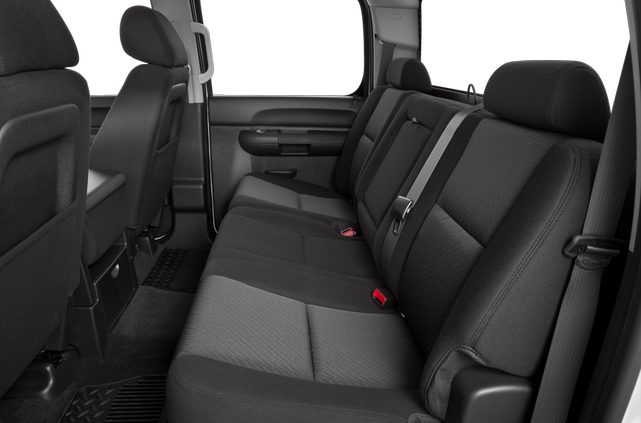 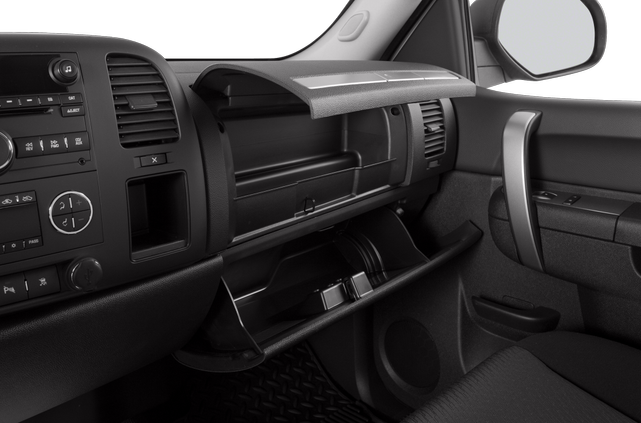 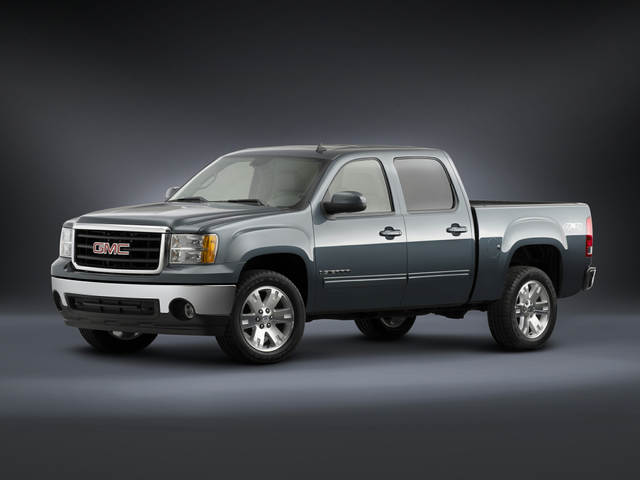 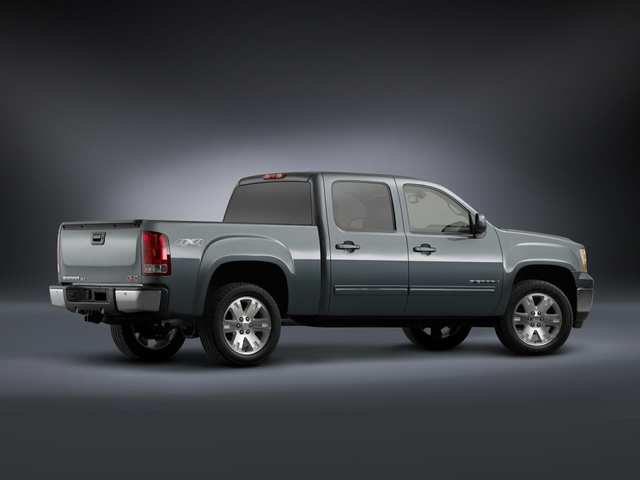 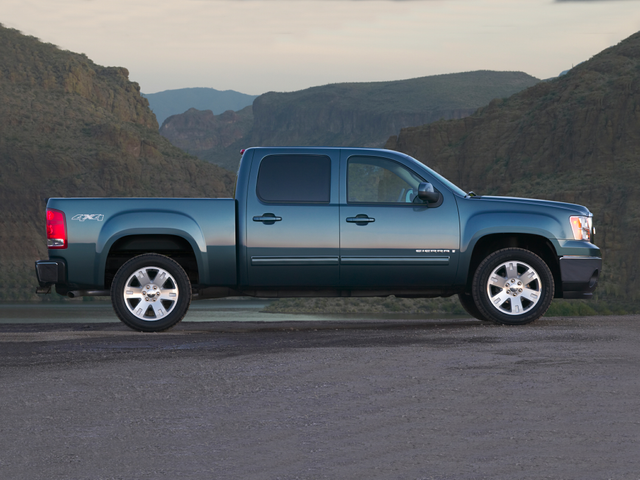 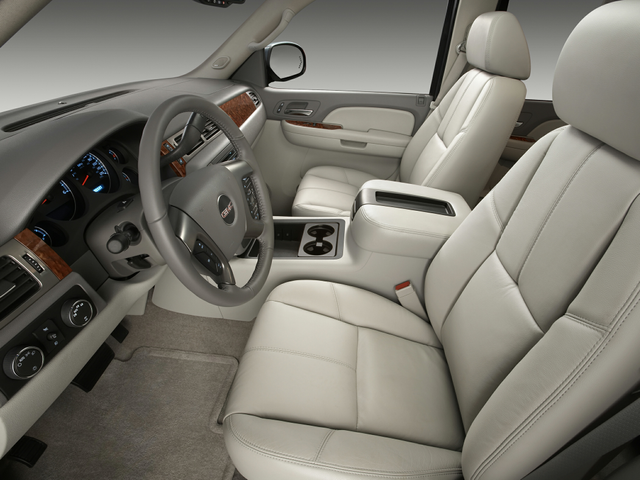 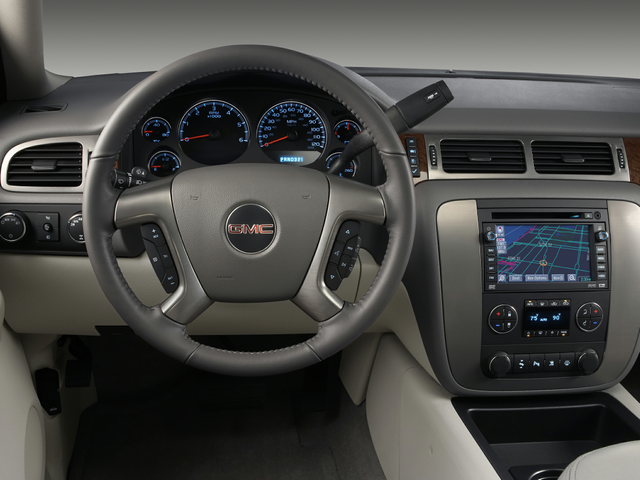 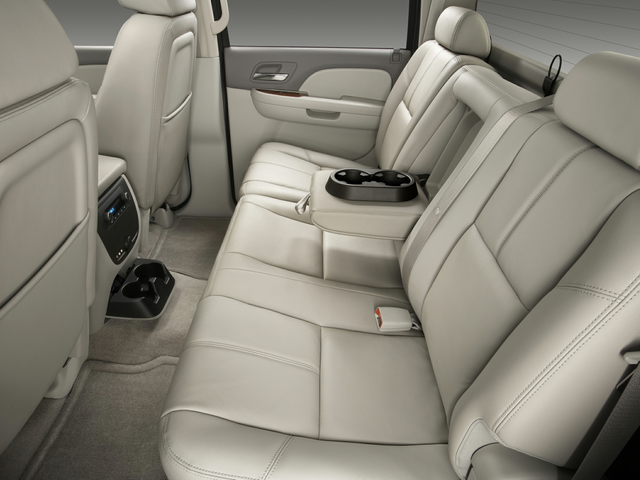