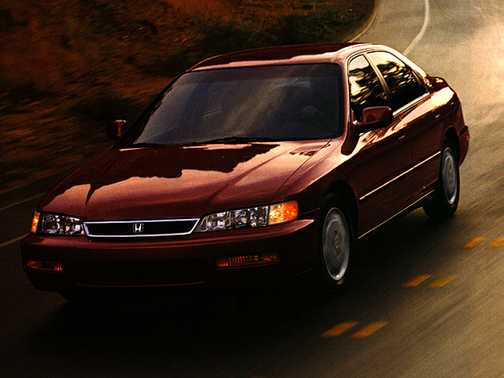 Our 1997 Honda Accord trim comparison will help you decide.

1997 Honda Accord review: Our expert's take

When you’ve been competing in the American automotive market for 25 years and have carried off numerous awards, you must be doing something right.

Representative of that “right” designation is the Honda Accord, an American-built automobile that has been the subject of kudos by newspapers and buff books over the years. Continuing in this light is the 1997 Honda Accord, a car designed, engineered and produced in the United States.

All Accords sold in the United States are manufactured by Honda of America Manufacturing in Marysville, Ohio. Available in sedan, coupe and wagon, the ’97 Accords offer a balance of handling, ride, comfort, sportiness and practicality.

That a pretty tall order for one automobile, but the Accord does it via several improvements.

The models have been given a redesigned automatic transmission for smoother shifting that enhances performance. An improved air conditioning system with faster cool-down raises the comfort levels. And new applications of insulation contribute to a quieter ride.

The Accord comes in three series consisting of the entry level DX, middle LX, and top-the-line EX – all determined by trim and powerplant applications.

The engines are either high-tech four-cylinder or V-6 multivalve powerplants that feature single overhead cams and four valves per cylinder.

Both motors displace 2.2 liters (131.6 cubic inches), but the advantage of a dual range camshaft gives the nod to the VTEC in the power department.

This motor isn’t a VTEC, but it has 24 valves. Its greater displacement results in 170-horsepower. To get it, you have to go to an EX or LX sedan.

Hooked to the V-6 sedans, and the EX wagon, which is powered by the 2.2-liter four, is an electronically controlled four-speed automatic transmission. This has a GLC (grade logic control) feature that takes the guesswork out of choosing which gear it’s supposed to be in when going up- or downhill.

This comes under the so-called “fuzzy logic” concept in which the automatic automatically figures out the appropriate gear required and holds to that ratio rather than “hunting” between two gear ratios.

A manual five-speed is standard on the four-cylinder sedans and coupes.

With either transmission, the Accord’s control and ride qualifies as outstanding, courtesy of the advanced effort-sensitive power rack-and-pinion steering and four-wheel double wishbone suspension system.

In terms of handling, the Accord’s steering is dead-on whether going through sweeping turns or sharp switchbacks. It’s pinpoint accurate and responds to minute movements of the steering wheel.

Likewise, with double wishbone sus pension arms on all four wheels, coil springs, and a front stabilizer bar, this front-drive goes where a driver points it. That’s the essence of control, a chassis that doesn’t play tricks on you.

This accommodates five people, although the coupe’s back seat is going to be a little close for adults.

I’ve now owned a 1997 Honda Accord se for over 20 years and 100,000 miles, have it serviced every year, I also have 20 Mot certificates, having no remarks or advice on them

A Salvaged Purchase, 15 yrs ago and going strong!

This has been a very reliable car and worth every dollar invested to include maintenance! I love my Honda good dependable and solid car! It's my primary vehicle and for a 23 yr old car, it has been good to me!

I have 97 Accord since 2009. Had originally 107K miles now 256K miles. It is great and economical car. Everyday go to work and return 60 miles round trip. Paid only $3600.transmisson bullet proof Stool runs fine. Buy Honda Accord check the review to make sure you are not buying failed Honda for some model and specific year engine and transmission had design issues. I was lucky.

Rating breakdown (out of 5):
0 people out of 0 found this review helpful. Did you?
Show full review
See all 59 consumer reviews 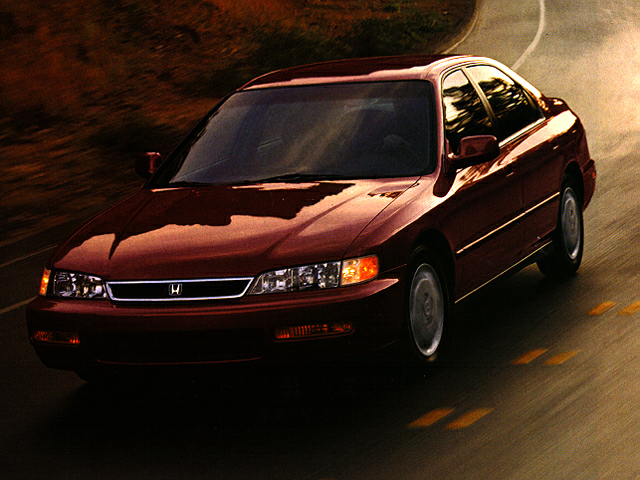 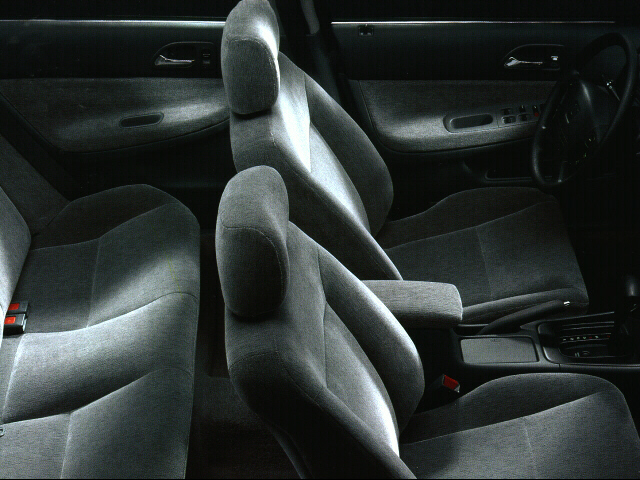