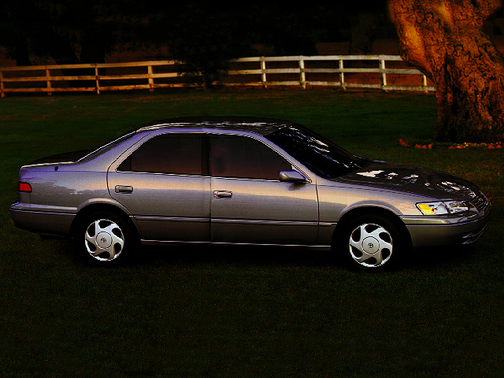 Our 1997 Toyota Camry trim comparison will help you decide.

Let’s face it. Designing a sports car is easy.

Take a big engine, shove it under some sexy sheet metal, give it asnubbed-down suspension and a macho name. Voila. Instant car.

But most cars sold are four-door sedans. Ordinary mom-and-pop cars. Grocerygetters. This type of car seeks its excitement in its velvety comfort, goodride, comfy seats, inoffensive styling and appliance-like reliability.

Certainly, many cars fit this description. But the Toyota Camry fitsespecially well.

For 1997, the Camry benefits from a makeover worthy of any perfume pusher.It’s grown slightly in size, and its latest suit of clothes is all sharplyangled, a distinct departure from the previous car’s subtle, luxurious curves.

The overall effect is conservative. Yet it fails to have the upscalepanache the old car had. If you’re seeking status, look elsewhere.

This might be on purpose. When the last Camry was introduced in 1992, therewas no upscale Avalon to fill the Toyota line-up. Now that the Avalon isaround, it makes sense to take the Camry down-market, to do battle againstTaurus, Accord, Lumina and others. Certainly that’s evident in the modellineup.

There are still three trim levels: entry-level CE, mid-level LE andtop-notch XLE. The coupe and wagon versions have been dropped, so you can getany version as long as it’s four-door.

The chassis is basically the same as before, with MacPherson struts upfront and independent dual-link out back. All suspension components are stilllinked to bushed subframes to reduce noise, vibration and harshness. Theresult is better handling than in the older car, although there’s still a lotof body lean in corners. Road shock is well-dampened, the power-assistedsteering still rather light — a slight improvement over the old car, althoughnot as entertaining as some competitors.

Motivating the chassis is Toyota’s familiar four- and six-cylinder engines.All feature double-overhead camshafts and four valves per cylinder. The2.2-liter four now produces 133 horsepower (up eight over last year), whilethe 3.0-liter six generates 194 horsepower (up six). Transmission choices area four-speed automatic on all trim levels, with a five-speed manual availableon the base CE trim level. For the first time, Toyota also offers thesix-cylinder engine on the base trim level. The test vehicle had the six,which proved to be the strong silent type with remarkable speed over theentire rev band. Power is especially strong at higher speeds.

There are also a couple of other firsts on this new Toyota. It’s the firstone with traction control available on all LE and XLE models. When tire slipis detected, brake pressure is applied in conjunction with the car’s standardanti-lock br akes. As the tire slips, a computer restricts fuel until tractionis regained. Although the system is sophisticated, it’s still easy tooverwhelm it in slippery conditions.

Another first is that all five seating positions get shoulder belts. Thisshould be standard on a lot of automobiles, but it’s rarely seen in this priceclass.

Inside, the image change continues. Gone are the subtle contour andsophisticated feel of last year’s dashboard. This year finds a stark,horizontal panel, although all controls are still easy to use. The buttons aresmaller, especially on the audio system.

But the excellent audio system has been moved above the climate controls,which sink down on the dash. Last year, the XLE-grade Camry had push-buttonclimate controls. This year, all grades get three simple rotary dials, whichwork with an uncharacteristic ally gritchy feel. But fit and finish wereToyota’s usual outstanding job.

The front bucket seats are more comfortable this year, being deeper thanthe old ones. Increased seat travel also helps the average steak-fed Americanfit more comfortably. Headroom is about the same. The feel of the interioroverall is more cost-conscious than before — but then Toyota didn’t raise thesticker price much.

The Toyota Camry always had the ingredients that make it the consummateAmerican ideal of a car. Good size, comfort and excellent refinement. TheCamry retains all of that in its latest iteration. But it’s lost that bit ofstylish upscale panache the old car had, especially on upper-level cars. Moreimportant to most car buyers, though: The price hasn’t gone up much at all,and it offers increased standard safety equipment and comfort in aconservative new wrapper worthy of Brooks Brothers.

That makes it the ultimate mom-and-pop car.

April 16, 2022
By Jesse from Brookings, Oregon
Owns this car

I've had my 1997 Camry for 4 years now. I bought it used with 260K miles on it for $650 from an elderly couple. I'm just about to hit 300K miles and it still idles, revs, shifts, and rolls down the road pretty perfect (newish feeling). Amazing how well the overall car has held up for being almost 26 years old. I had to fix a few things when I first bought it. I did the struts, catalytic converter, a bad EGR VSV sensor, and the timing belt plus all the front seals. Mostly just normal maintenance items. The only broken item that isn't normal maintenance has been the dashboard clock. But I was able to fix it with some help from youtube. Amazing cars that are extremely durable and cheap to maintain. I actually like this old gen 4's size and driving feel better then the gen 5 and 6 that came after it.

Can't get a more reliable car.

This is a great ,reliable automobile,comfortable and easy to drive. Room for 5 adults,ice cold air. 23 miles per gallon in the city, 26 on highway

Rating breakdown (out of 5):
1 person out of 1 found this review helpful. Did you?
Show full review
See all 37 consumer reviews 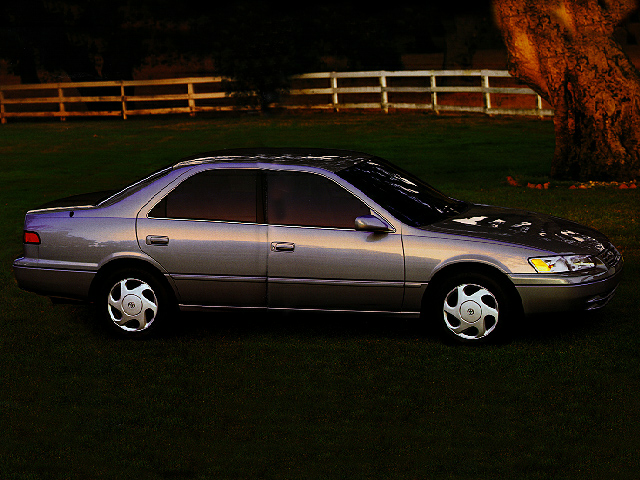 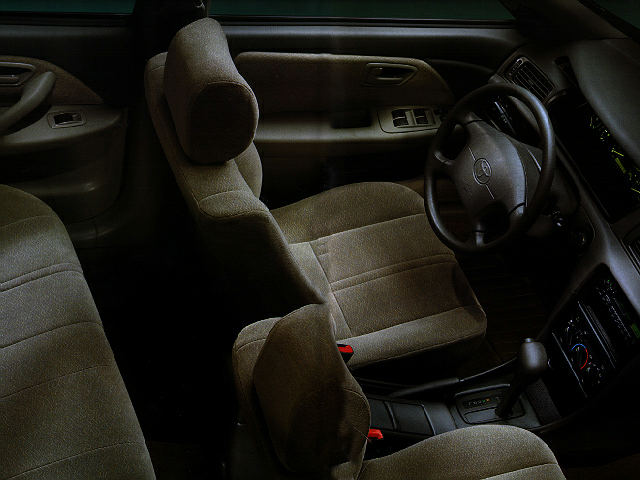