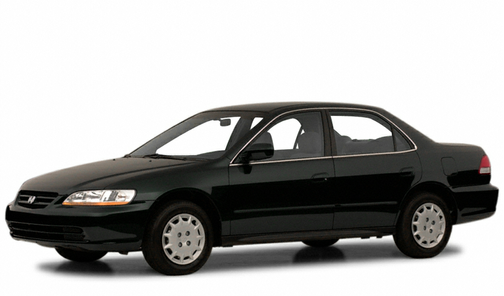 Our 2001 Honda Accord trim comparison will help you decide.

2001 Honda Accord review: Our expert's take

Today, even though the Ford Focus is chipping at their dominance, two Japanese cars stand out as American standards: Toyota’s Camry and Honda’s Accord. Sturdy, dependable, affordable. Heck, Wilford Brimley would drive one of these cars after downing a bowl of those oats he sells, yes sir.

The Accord has been around since 1977 as sort of a sedate elder sibling to the Honda Civic, a favorite of young drivers. If Bill Morrissey could sing:

“My Honda Civic is a real go-getter.
“I look great in it in my crew neck sweater…”

Then we might have chanted of the Accord sedan:

“I wear sensible shoes, the pedal’s never floored
“As I motor through life in my Honda Accord.”

Ah, but make it a rakish coupe and give it a 200-horsepower engine and you at least invite a little spurt of daring, a stomp of shoes less sensible. And that’s what Honda has done with the 2001 EX-VL coupe.

From its sharpened fascia, up its drooping wedge of a nose, its sharply raked windshield, over the roof and down the sloping rear window to the redesigned, chopped trunk lid, it says Action, Jackson.

That design, instilled with the V-6 VTEC (variable-valve timing and electronic lift controls), makes this a crisp cruiser on the highway and on back roads. Shed those sensible shoes and go for a spin.

With all this power, I found it a bit light on its feet, particularly in sudden acceleration. I’m not the sort who goes looking to patch out in a front-wheel-drive Honda, but the car did it for me with a surprising chirp and then a leap.

Just something you need to think about when you drive it.

That said, the very power that overpowered the front a bit at starts rode a steady torque band up through cruising speed, the engine barely audible in a whisper-quiet cabin. When it came time to pass on the highway, it bolted for the lead. Climb a steep hill in a fully loaded Accord? No problem.

The four-speed automatic shifted down nicely, but shifted up a bit sooner than I would have preferred at times. Since its aim is sportiness with this model, I’d like to see Honda offer a five-speed manual with the coupe. What a nice combo that would be.

The ride, at highway speed or on bumpy, frost-heaved roads, was a testament to compromise.

The suspension – front double wishbone, rear multilink double wishbone – is tuned just taut but not too taut. The result is a smooth highway ride, a slight bit of body roll in corners, and wonderful absorption on the bumps. Good everywhere, not great in any case. Compromise.

Inside, the front buckets were quite firm and felt like they’d offer great support in a marathon drive. The rear, not easy to reach through doors that could use a couple of inches more width for easier access, was co mfortable for two, a bit tight for the soul stuck in the middle. Headroom was moderate; legroom up front was great; legroom in the rear just OK.

A nice dash design makes for that spacious front cabin as the dash slopes up and away from you at the top, down and away below. In addition, the center console – audio, climate, shifter – slopes back toward your hands for easy reach. All the knobs and buttons are big and easy to find and use.

Bins in the front doors and along the passenger walls in the rear add nice storage space and a two-layer console, deep beneath its second lid, adds to that capacity.

With safety in mind, Honda has made advanced dual-stage air bags standard in its Accords. Sensors monitor seat belt use and the severity of any crash and deploy the bags with varying degrees of strength.

All V-6s, like the test model, and all EX models come with side air bags standard (and sensors watch these bags for children leaning in the path of deployment). T side bags are optional on other models.

I seem to recall that in a $90,000-plus Acura NSX I tested, there was an $89 charge for floor mats. The notion of free floor mats ought to make its way up the food chain among the Honda/Acura bigwigs.

Honda, stable, solid, and enduring in its products, has added a nice niche vehicle here: still got the 100,000 miles before the first tuneup; still reliable; still rock solid. But now, sporty, too.

Nice touch:The wide, deep, rubber-bottomed bin/slot in the downsloping console just behind the shifter. Nothing you put in there – a folded cellphone, change – slides around.

Annoyance:With such a great console/dash design, why did Honda have to put the 12-volt accessory plug, most frequently used for cellphones, on the far side of the shifter from the driver? Makes for tangled cords.

August 13, 2022
By Andrew from Colorado Springs co
Used to own this car

October 13, 2020
By IFLYARMY from Pennsylvania
Owns this car

I have owned my 2001 Accord Coupe for 18.5 years. Excellent vehicle all around with the true Honda quality, style and reliability of yester year, not what Honda has digressed to today. Only thought is gas mileage could be a little better. Overall like this car better than my 85 Supra andmore so than any newer models

Rating breakdown (out of 5):
35 people out of 36 found this review helpful. Did you?
Show full review
See all 91 consumer reviews 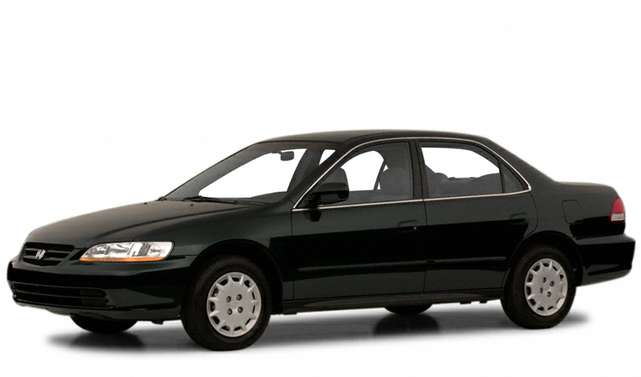 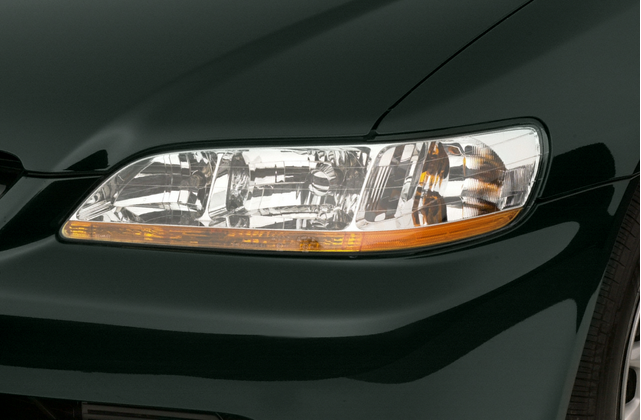 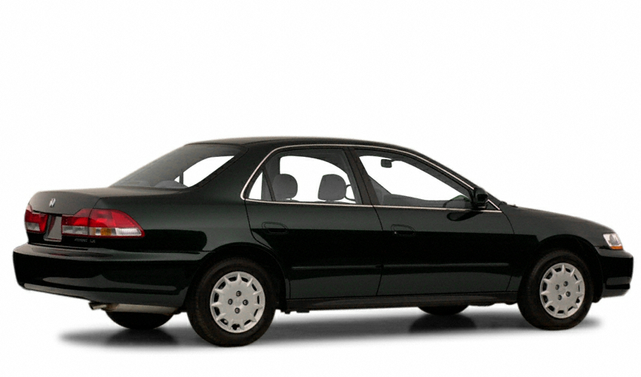 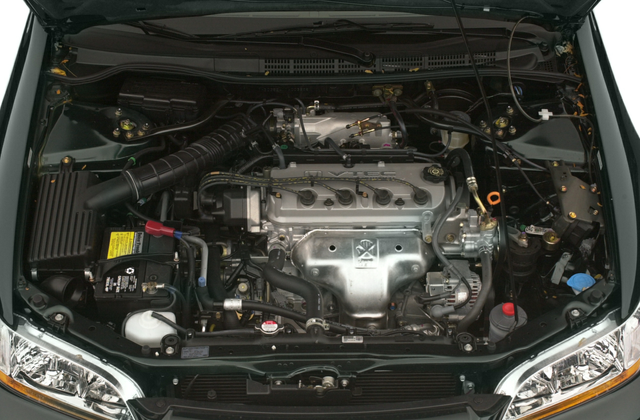 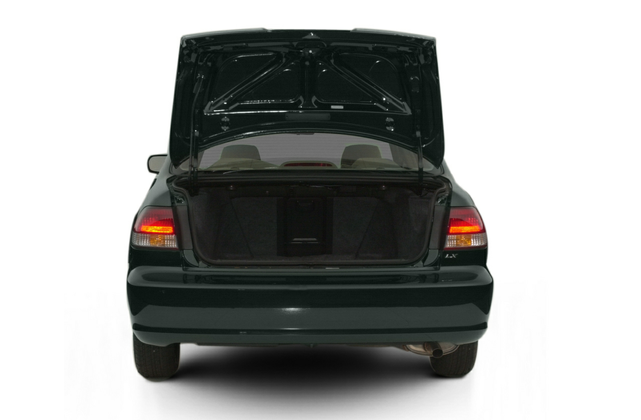 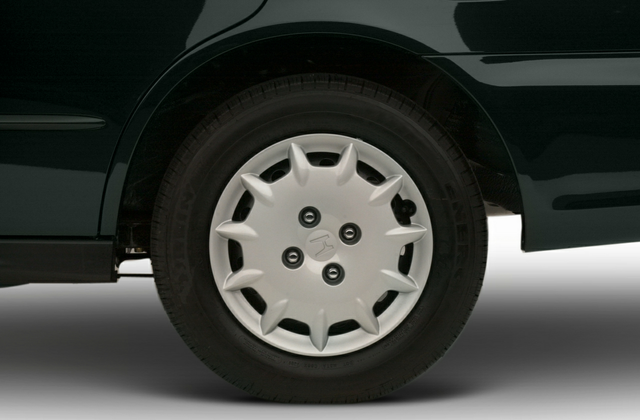 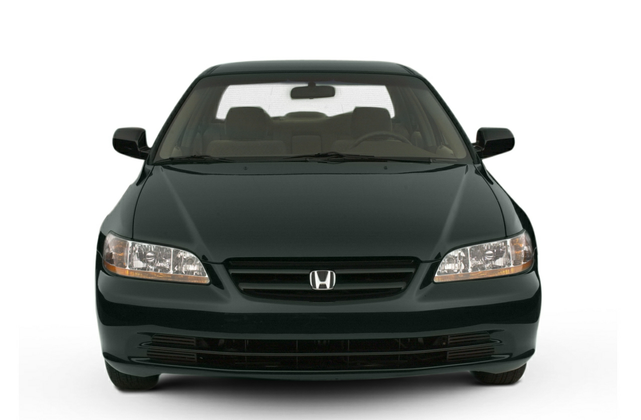 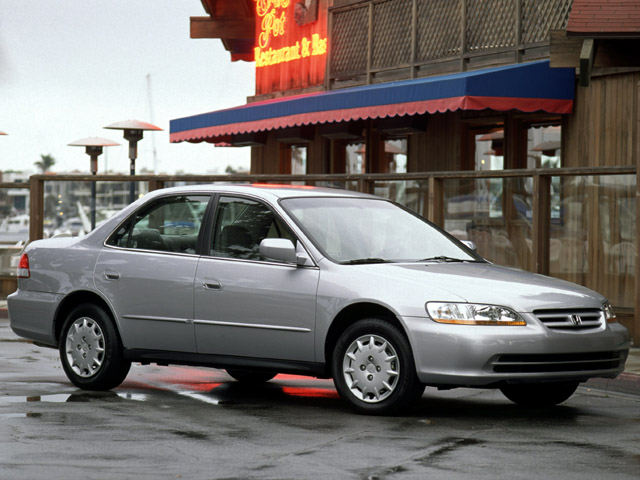 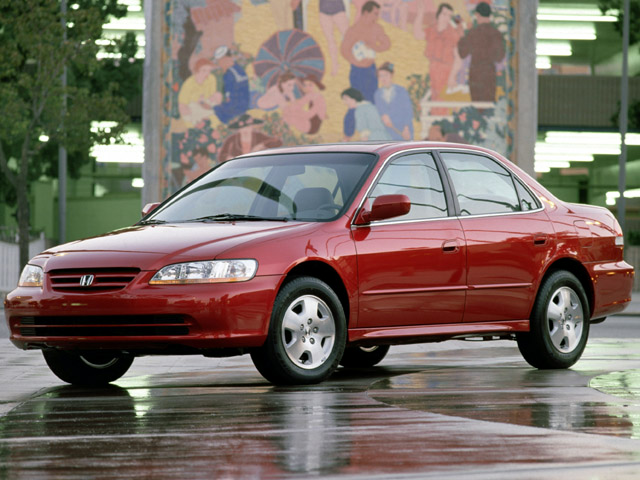 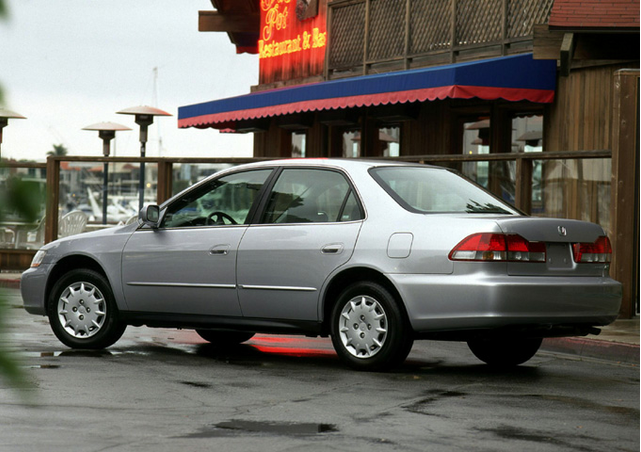 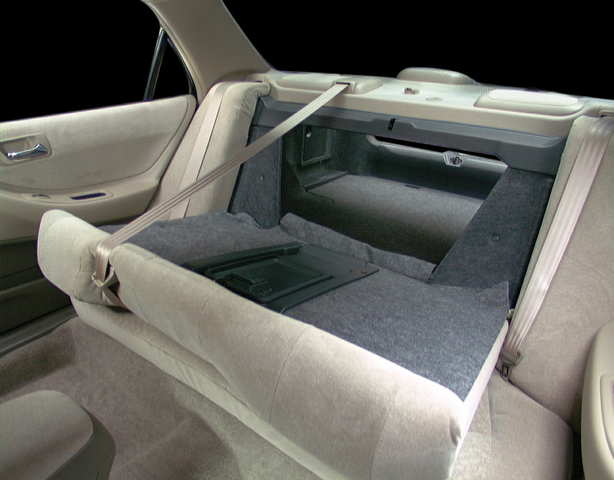 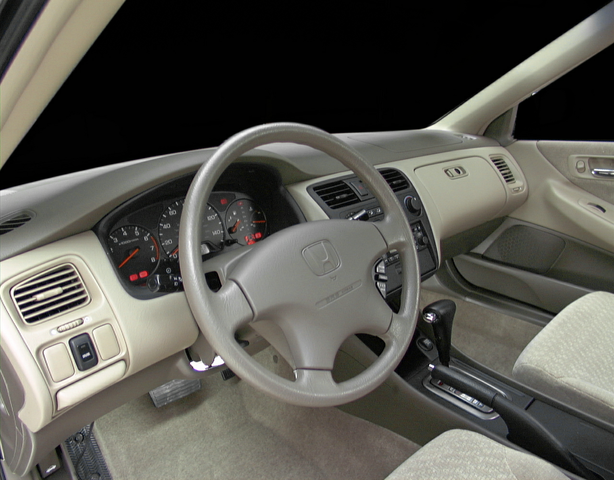 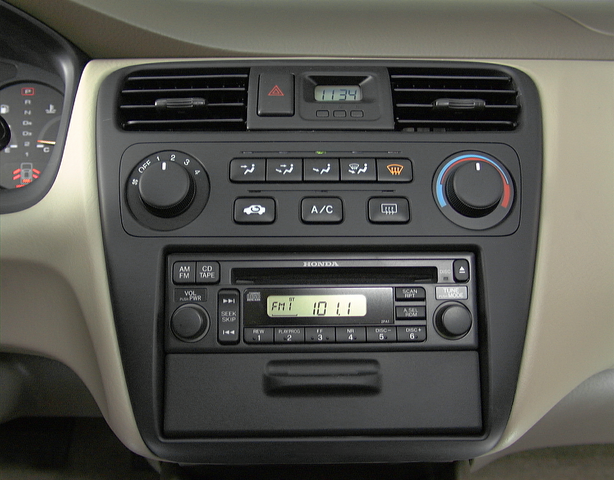 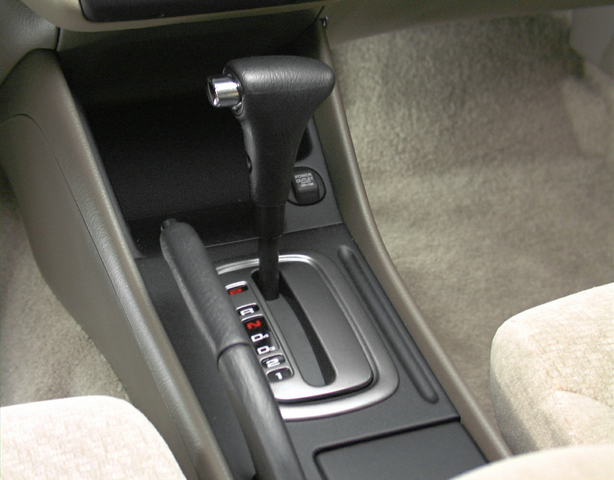 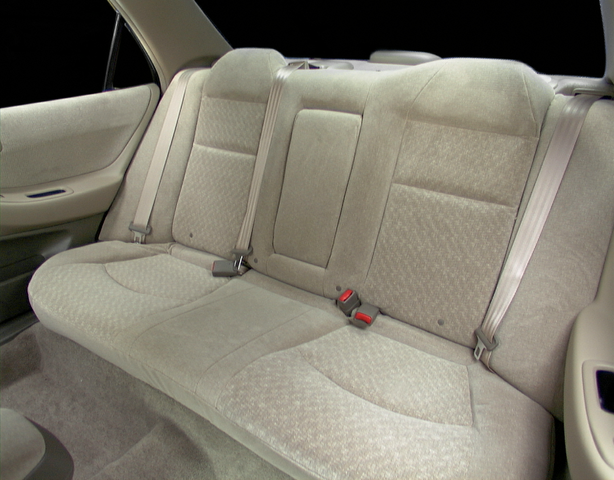 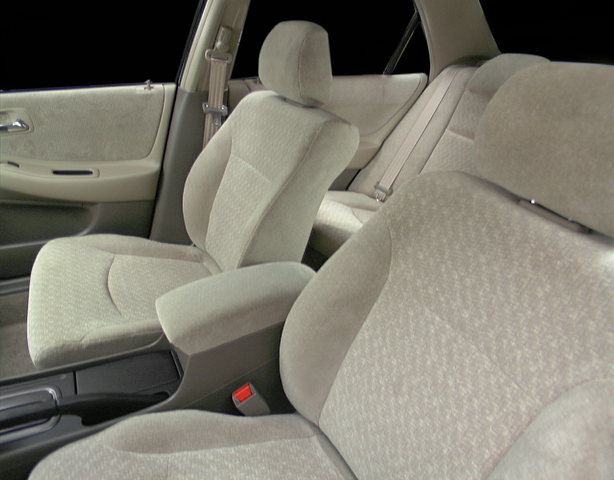 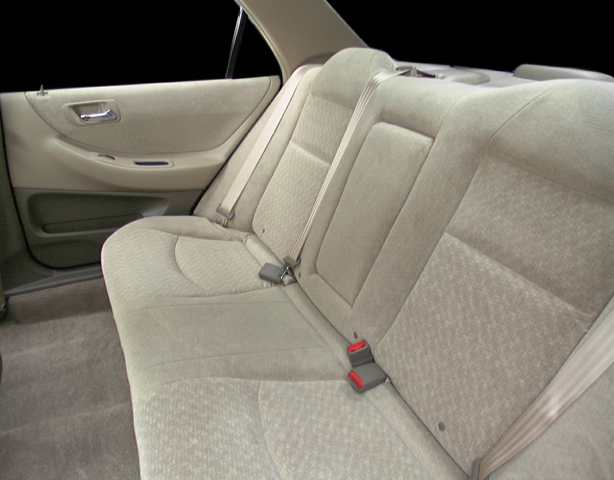