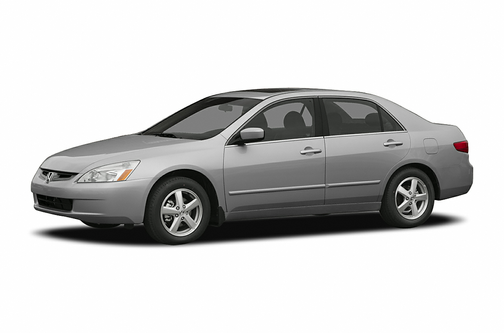 Our 2005 Honda Accord trim comparison will help you decide.

2005 Honda Accord review: Our expert's take

Though Honda pioneered the concept, Toyota has run with it. Its Prius, a four-door, four-seat sedan that gets better than 50 m.p.g. in city and highway driving is the best-selling hybrid.

The segment leader, however, isn’t as important as the fact there is a segment, thanks to the credibility Toyota and Honda gave hybrids.

Before hybrids, the industryat least, General Motorssaw electric cars as the answer to fuel-economy issues.

When limited driving range and lengthy pauses to recharge the batteries doomed electrics, Honda and Toyota combined that power with a gasoline engine. Range and recharging were no longer a problem, and there were the fuel savings.

(Toyota adds a hybrid Lexus RX400h sport-utility vehicle in April, a hybrid Highlander SUV in June and a hybrid Lexus GS sedan in 2006. That has forced General Motors, Ford and Chrysler to scramble to bring out hybrids of their own. Ford was the first, with a gas/electric Escape SUV last fall, with GM and Chrysler models still a few years off. )

“If the first Insight and Prius weren’t as reliable as they were, if they developed problems and had to be recalled, the industry wouldn’t be going in the direction it is,” said Honda spokesman Andy Boyd.

They aren’t the be-all and end-all, but they are a start.

Hybrids conserve fuel by shutting off the gas engine when idling at a stoplight and restarting it when you press the accelerator pedal. But their operations differ.

Prius, for example, uses the electric mode to start and get moving and as a boost when the gas engine needs added power to pass.

Civic and Accord start and run on gas and use electric assist only when more power is needed.

Honda said its system fits a variety of vehicles without requiring a larger electric motor for bigger vehicles.

The Honda system also adds a twist in the ’05 Accord. The V-6 gas engine comes with cylinder deactivation to shut down 3 cylinders to conserve fuel when cruising.

The switch from 6 to 3 cylinders is seamless. There’s no jolt or sudden loss of power. If a flashing green “eco” light in the instrument panel didn’t alert you to 3-cylinder mode, you’d never notice the mechanical magic had taken place.

The hybrid also comes with a gauge that lights blue when the batteries are boosting power and green when recharging while you drive.

We found that once up to about 50 m.p.h., the “eco” light flashed on and 3 cylinders took over. With a steady foot, we got up to almost 65 m.p.h. in 3-cylinder mode before the blue lights flashed and the electric motor chipped in to keep the other 3 cylinders from having to go back to work.

At stoplights, an “auto idle stop” red light in the instrument panel reminds that the gas engine is off. Step on the accelerator, it restarts and off you go – quickly, quietly and smoothly.

But it’s much better than the 21/30 from a conventional 3-liter, V-6 Accord. And those 29 and 37 m.p.g. come with no hesitation from the light or into the passing lane.

There’s no noticeable difference in ride and handling with a hybrid Accord, either.

The double wishbone suspension and front and rear stabilizer bars keep road jiggle out of the cabin.

And, like all Hondas, Accord sits low with a wide stance for stability in corners without leaning or having to make wide sweeps.

Except for the “hybrid” designation on the deck lid and the gauges in the instrument panel, you couldn’t tell the hybrid from the regular Accord.

You can save $2,000 by taking a pass on the voice-activated navigation system.

There are a couple shortcomings.

The nickel-metal-hydride batteries that energize the electric motor are behind the rear seat so you lose some trunk capacity. And the rear-seat back doesn’t fold to increase cargo capacity in the cabin. Passenger space there is good. too.

To save weight, there’s no power sunroof and no spare. An air compressor and can of spray sealant allow you to drive another 50 miles to the store to replace the tire.

Some will argue you have to save a lot of gas to offset the $3,290 premium. Others will argue that saving fuel, especially when it tops $2 a gallon, makes the premium easier to accept.

Whatever, just keep in mind that to join the hybrid club in an Accord requires a $3,290 initiation fee.

Unlike Toyota, which sold more than 50,000 Priuses last year and doubled output to 100,000 this year, Honda is being more conservative.

Pluses: It looks and acts just like a regular Accord sedan. Not only uses gas/electric power, but also has cylinder deactivation to run on 3 cylinders to conserve fuel. Lots of off-the-line pep. Seamless switch from 6 to 3 cylinders.

Minuses: It’s a $32,000 Accord, with the hybrid technology adding about $3,300. A little trunk room sacrificed to battery pack.

Read Jim Mateja Sunday in Transportation and Wednesday and Friday in Business. Hear him on WBBM Newsradio 780 at 6:22 p.m. Wednesdays and 11:22 a.m. Sundays.

October 22, 2020
By GUS from LAWRENCEVILLE
Owns this car

VERY GOOD CAR, AVAILABLE PARTS IN GOOD PRICE, THIS CAR WILL MAINTAIN THE VALUE FOR LONG TIME, AND STILL RESELL FOR GOOD PRICE, IT FIT 6 CD

We would have kept it but could not keep 3 cars after our daughter moved. It was a little over 1 year old when we purchased it.

Rating breakdown (out of 5):
22 people out of 23 found this review helpful. Did you?
Show full review
See all 148 consumer reviews 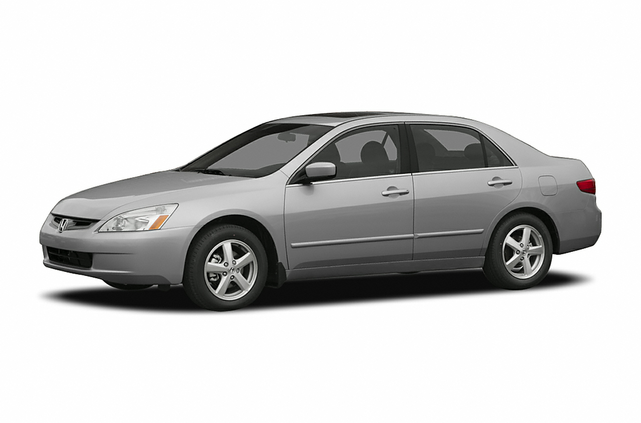 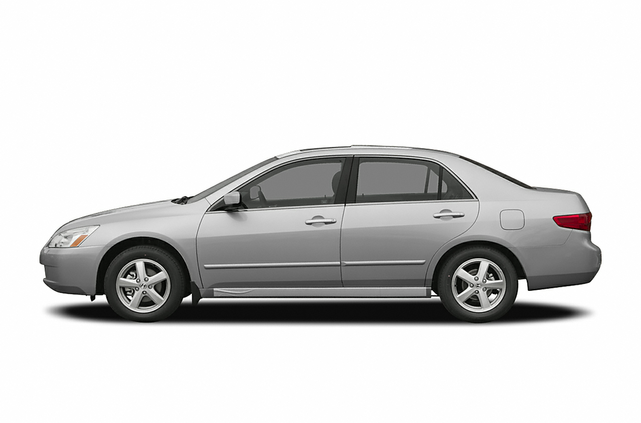 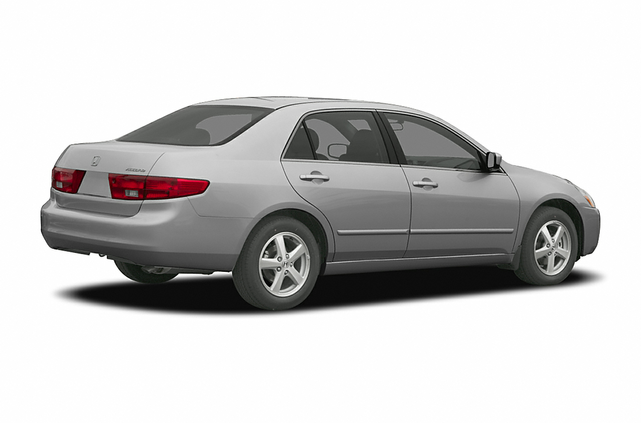 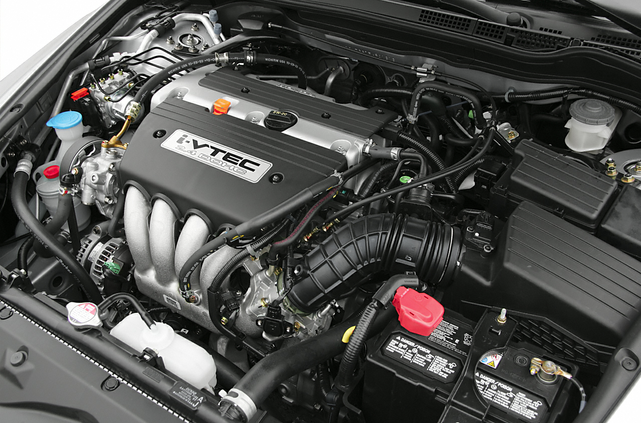 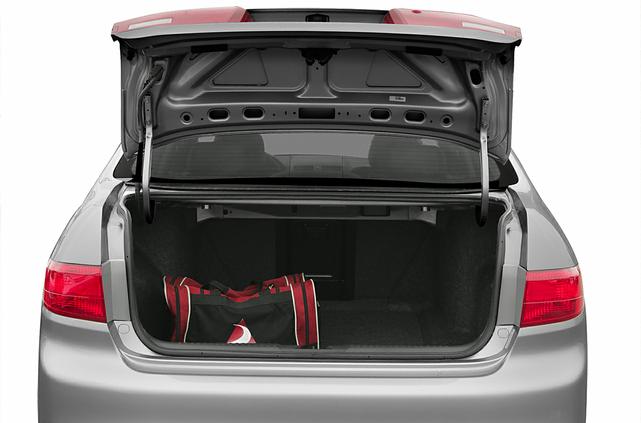 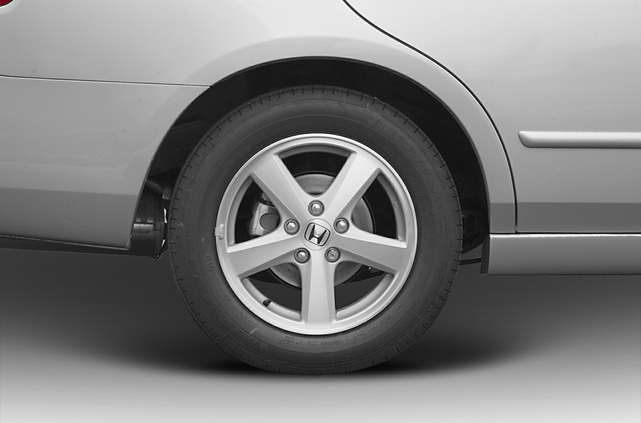 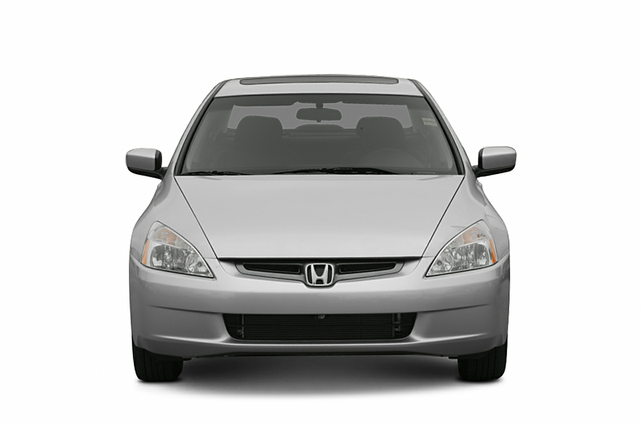 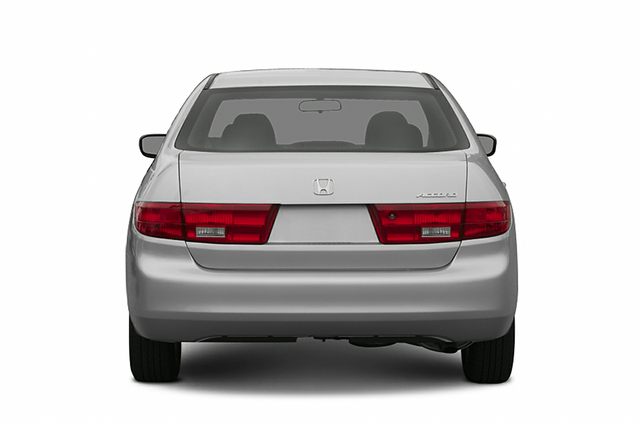 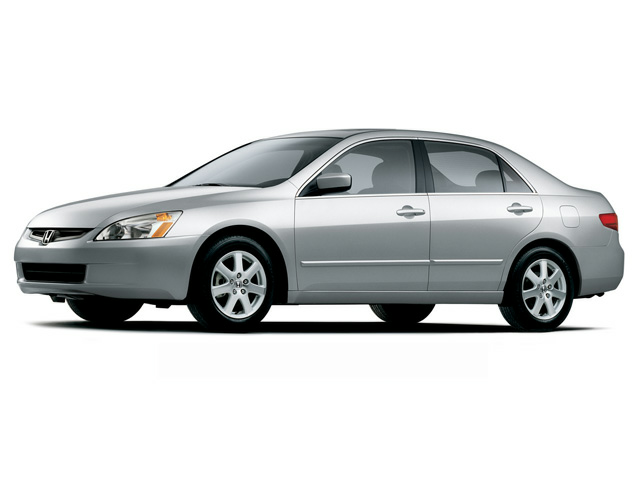 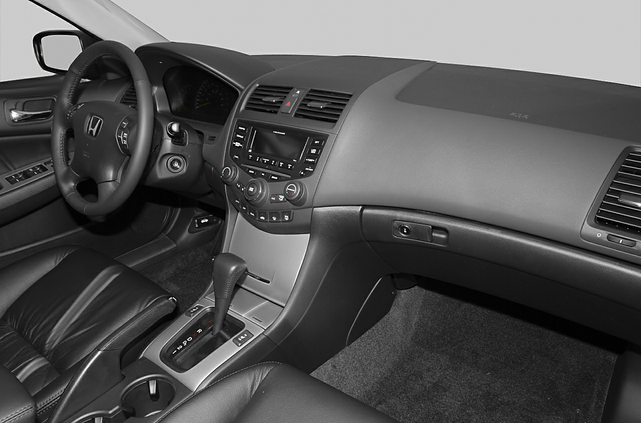 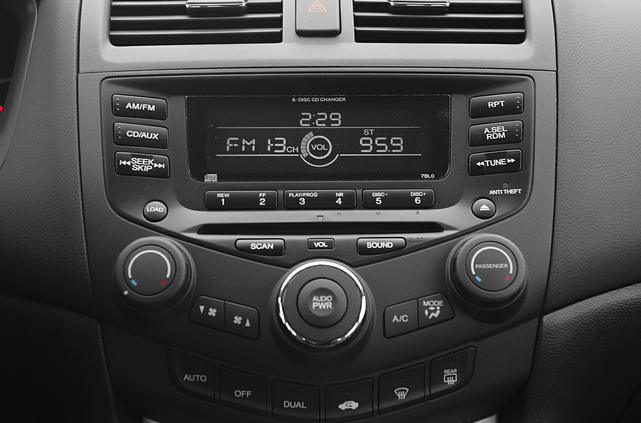 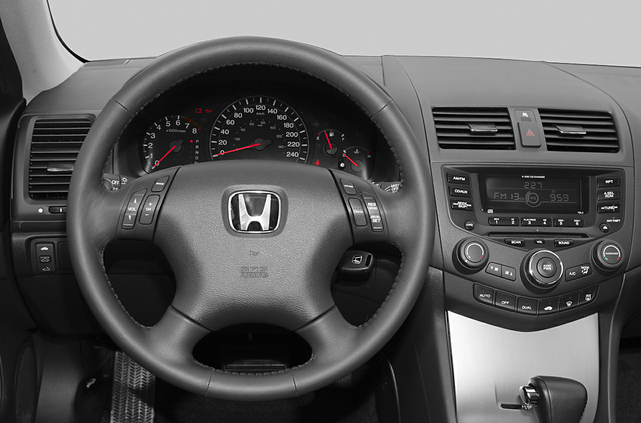 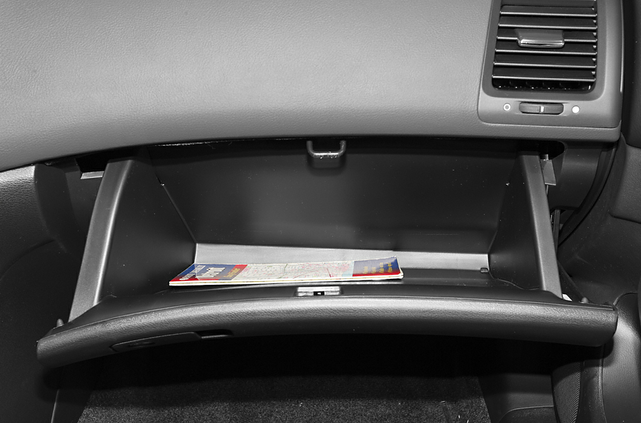 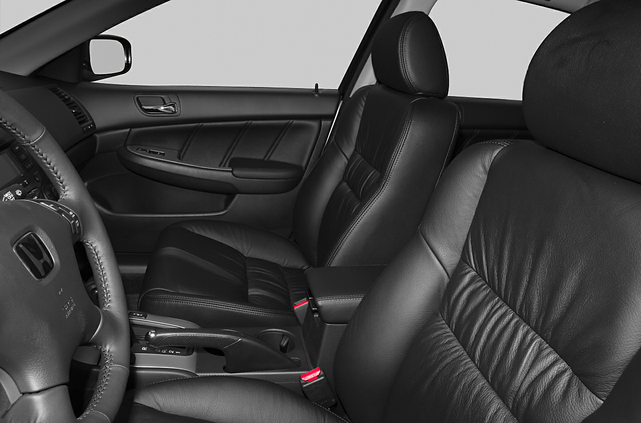 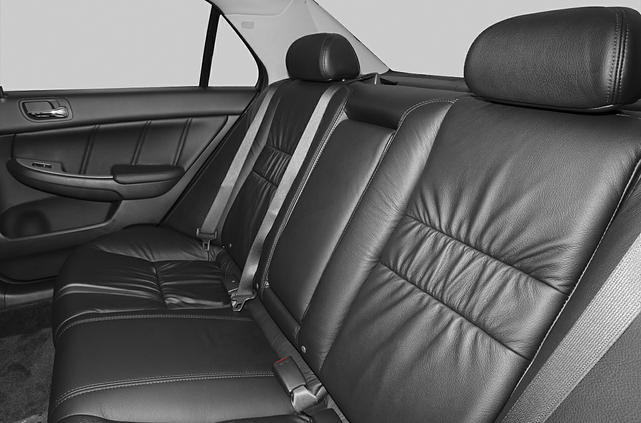 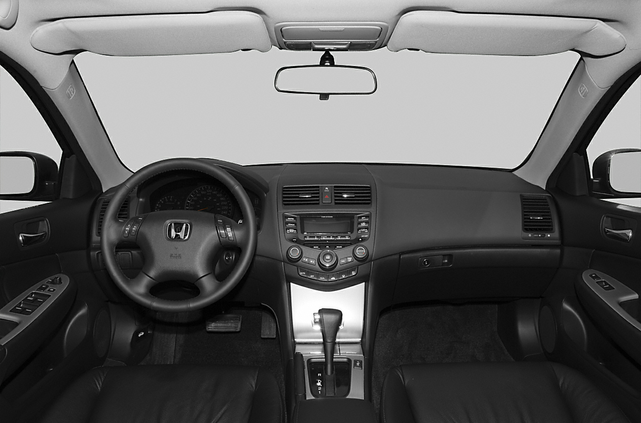 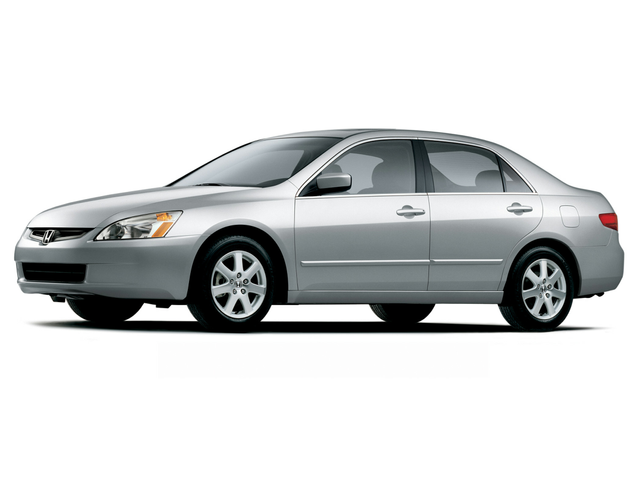