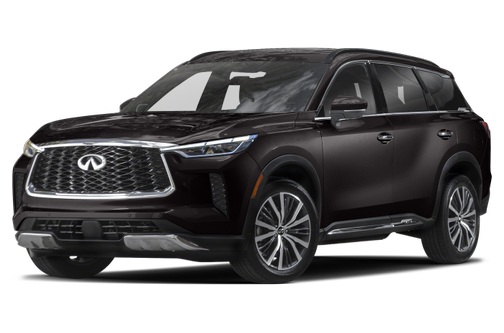 Our 2022 INFINITI QX60 trim comparison will help you decide.

Looks like: A beefed-up version of the previous generation QX60, and also the QX60 Monograph Concept

Infiniti is churning out sleek, stylish SUVs, and on the heels of the brand’s debut of the all-new QX55, it’s released a redesigned QX60 — the QX55’s older, bigger sibling. The QX60 returns for 2022 as a three-row SUV with an emphasis on luxury comforts and family features, but for the new model-year, it gets some much-needed updates in the multimedia tech department as well as a new nine-speed automatic transmission.

In 2020, Infiniti unveiled the QX60 Monograph Concept, saying  the model would closely resemble the next-gen QX60. The brand made good on the promise: Like the Monograph, the QX60 has a longer nose with a bolder, more upright stance than the outgoing model. Its large, origami-inspired mesh grille steals the show in front, augmented by piano-key LED headlights, which are standard on all trims. An available color contrast roof further makes the model stand out along with available 20-inch machine-finished alloy wheels.

In back, the QX60 wears the concept’s piano-key lighting style, complementing the front end. It’s available in an exclusive Moonbow Blue color with a black roof; Infiniti says the color shifts from purple to green based on the viewing angle. 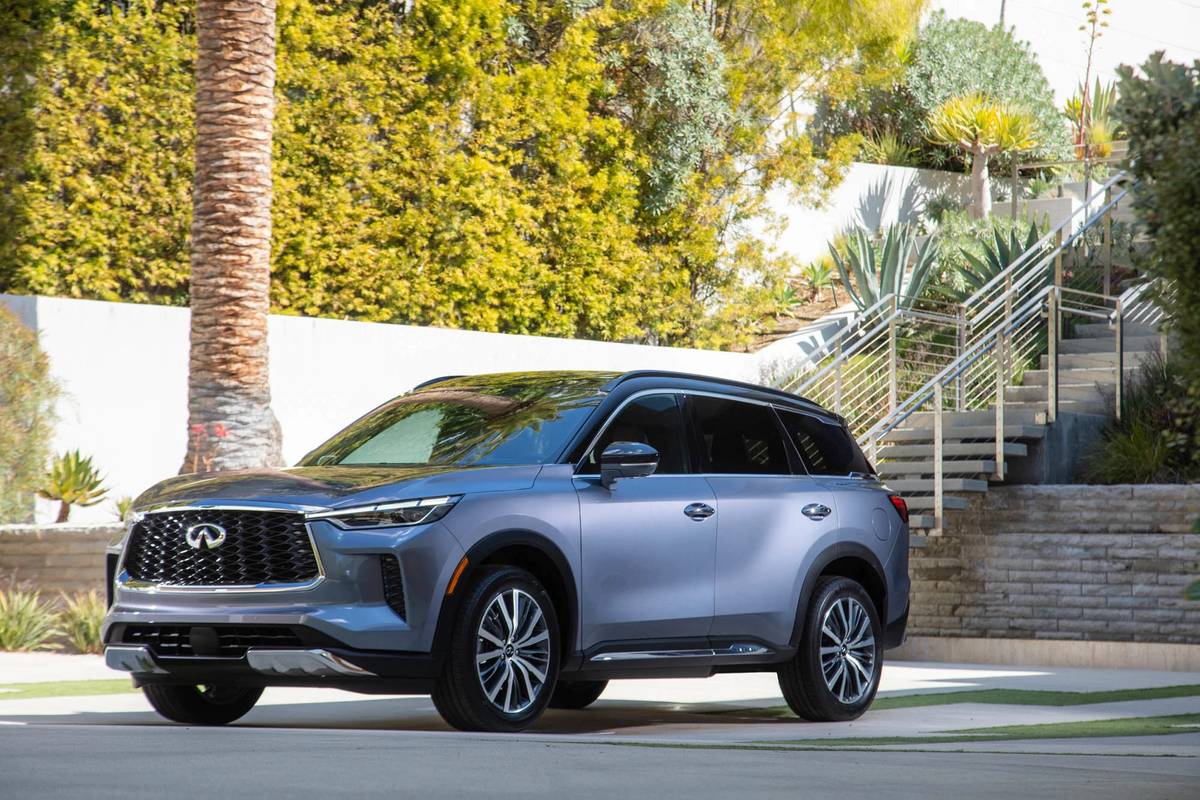 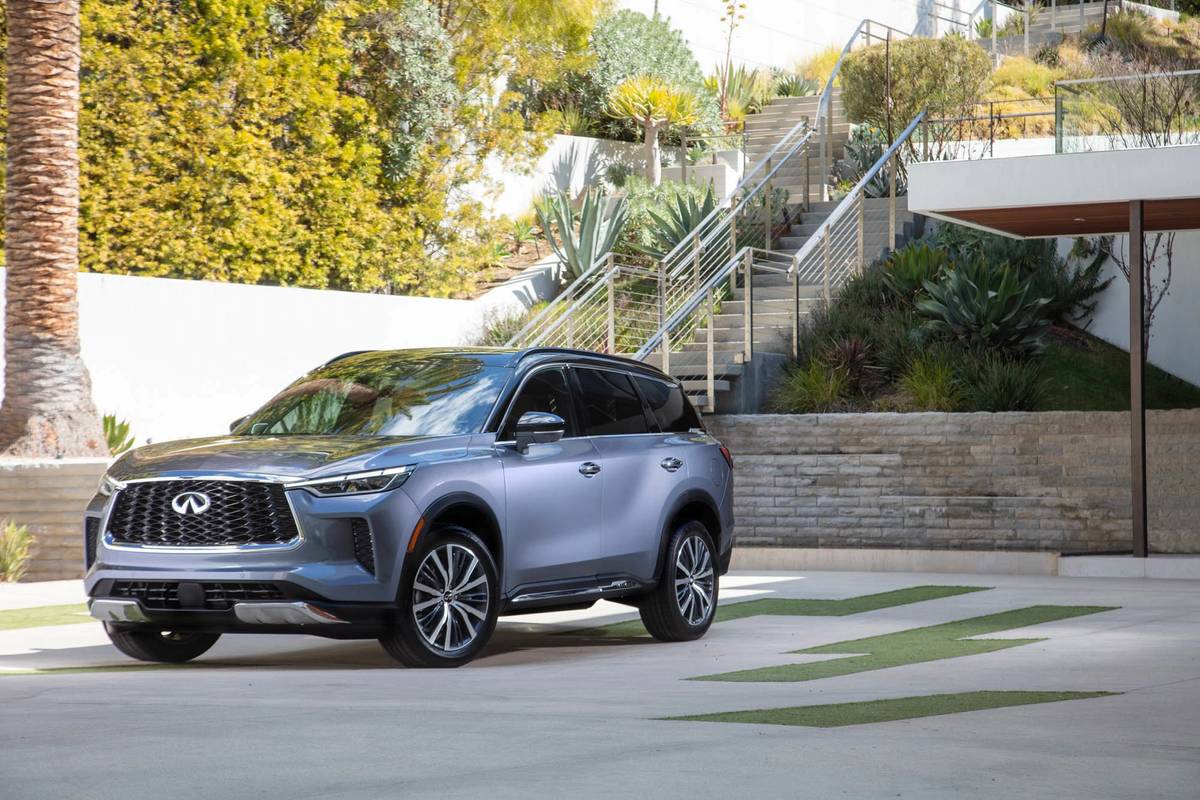 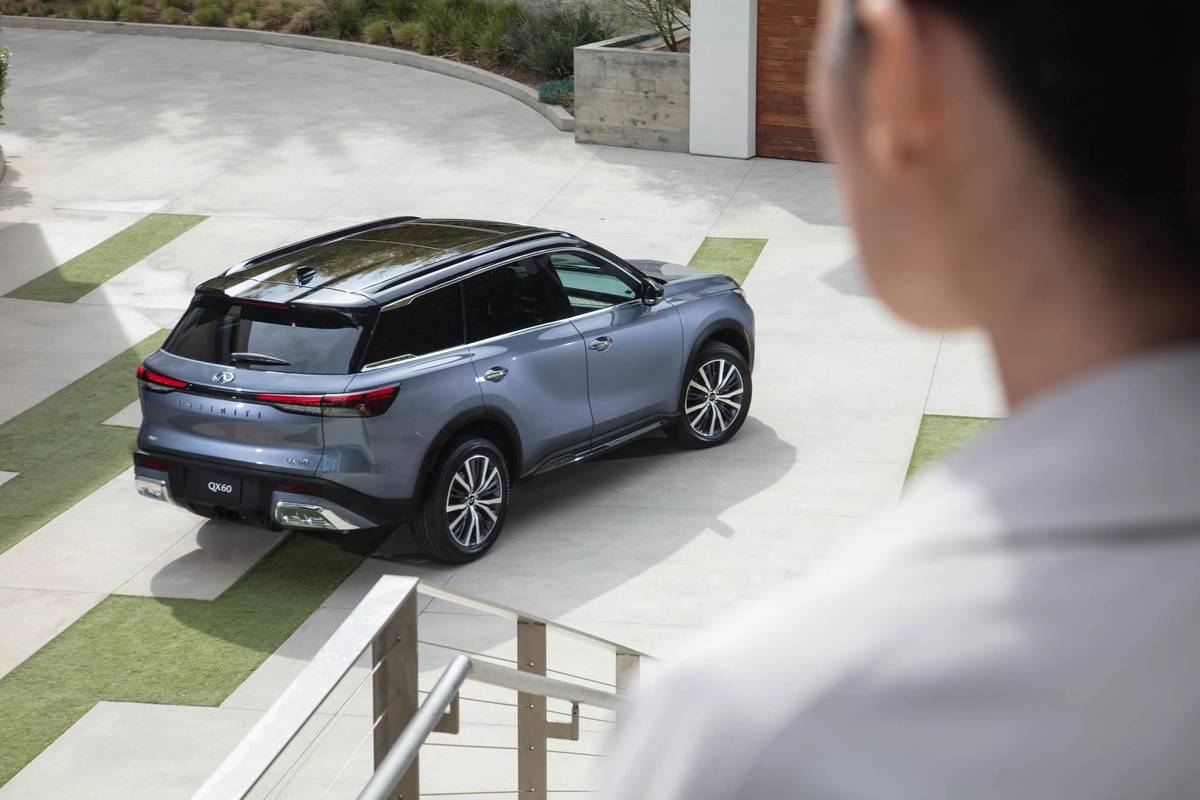 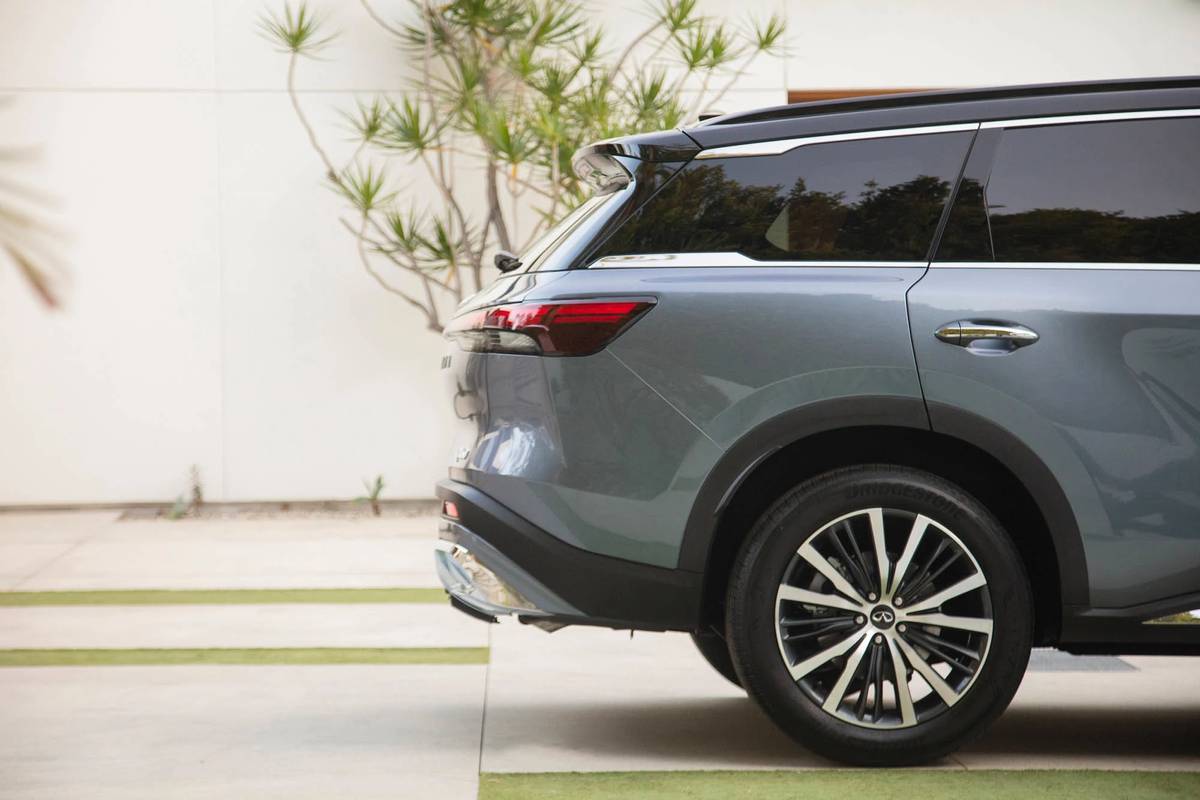 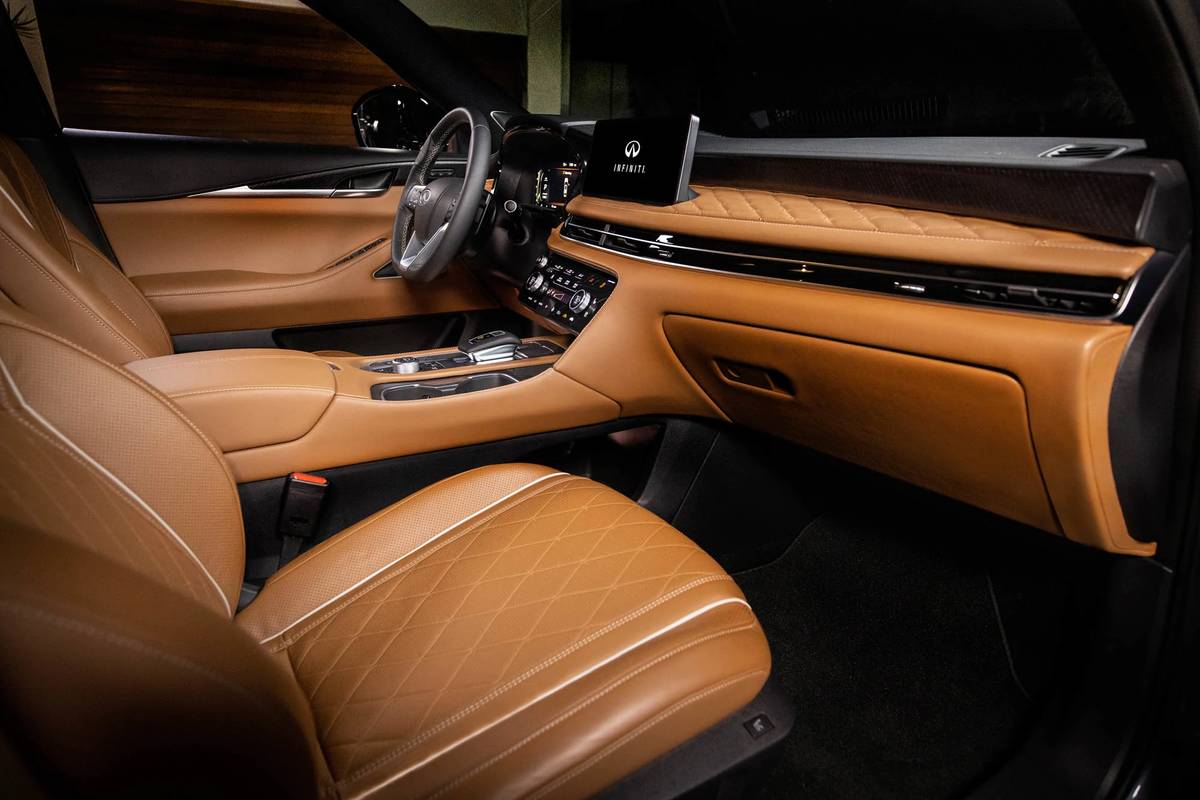 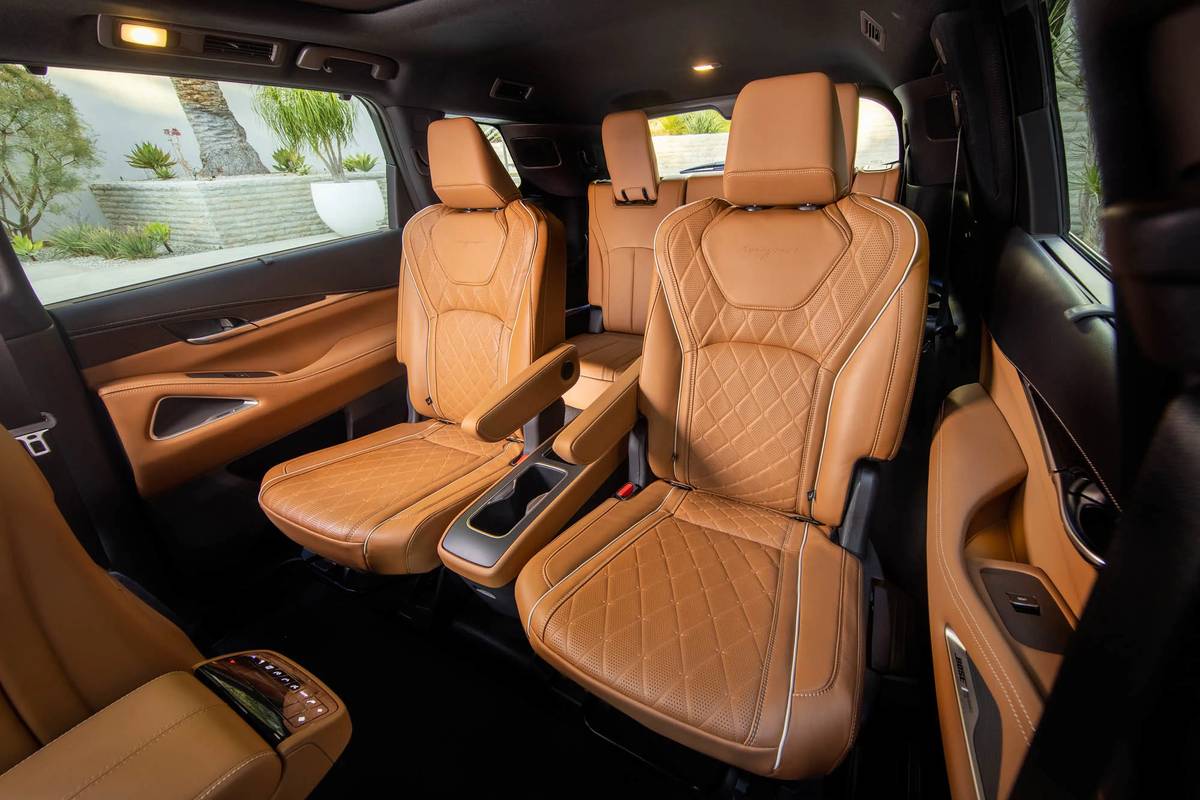 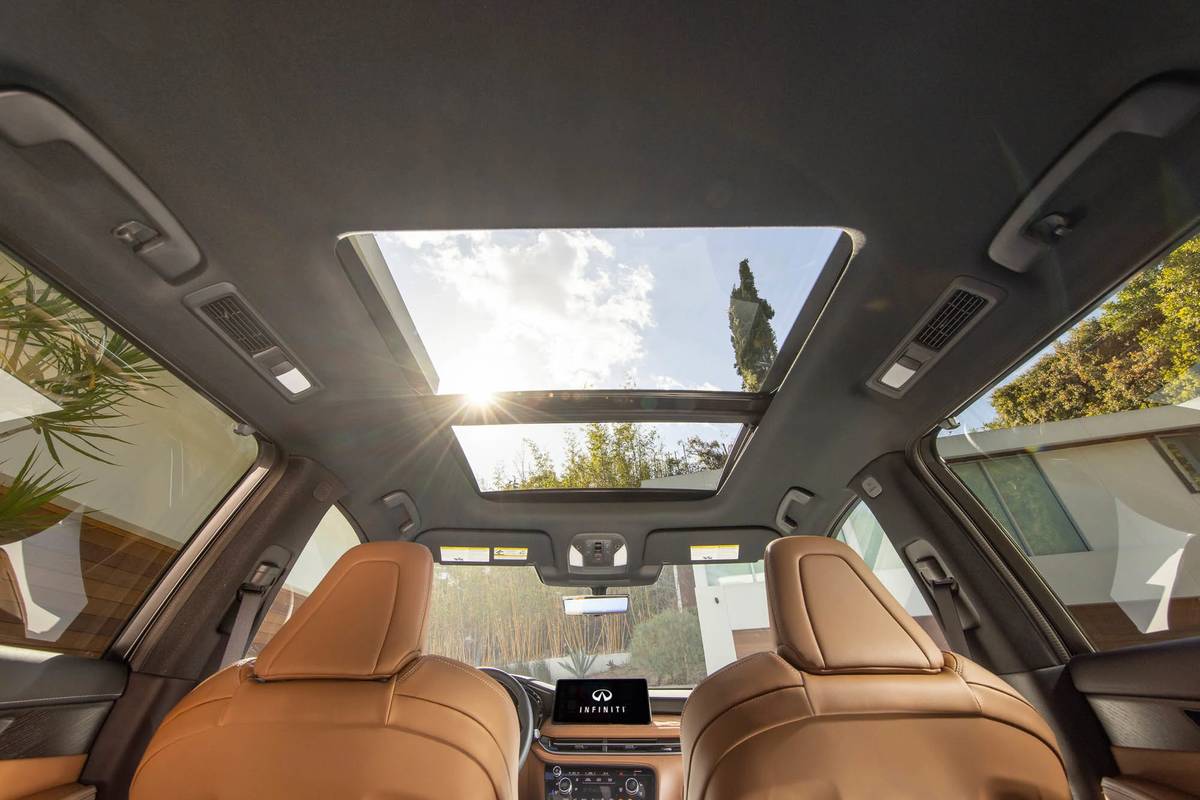 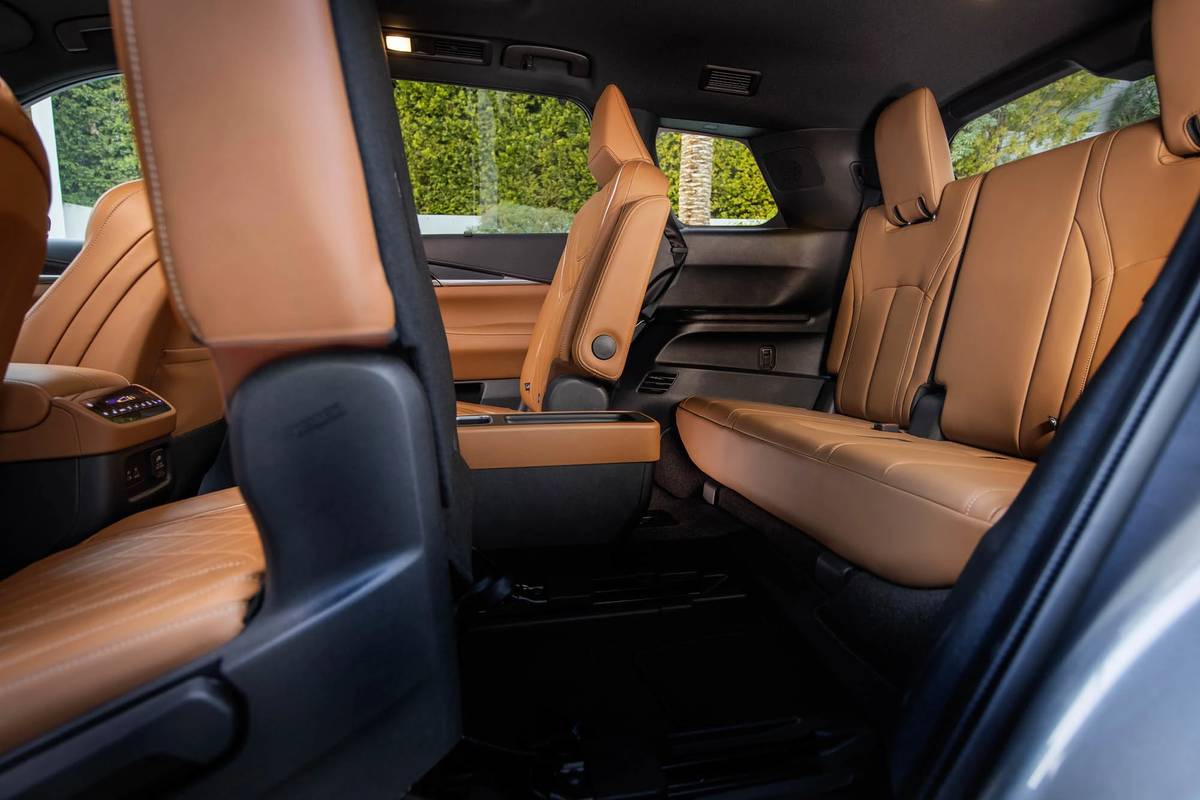 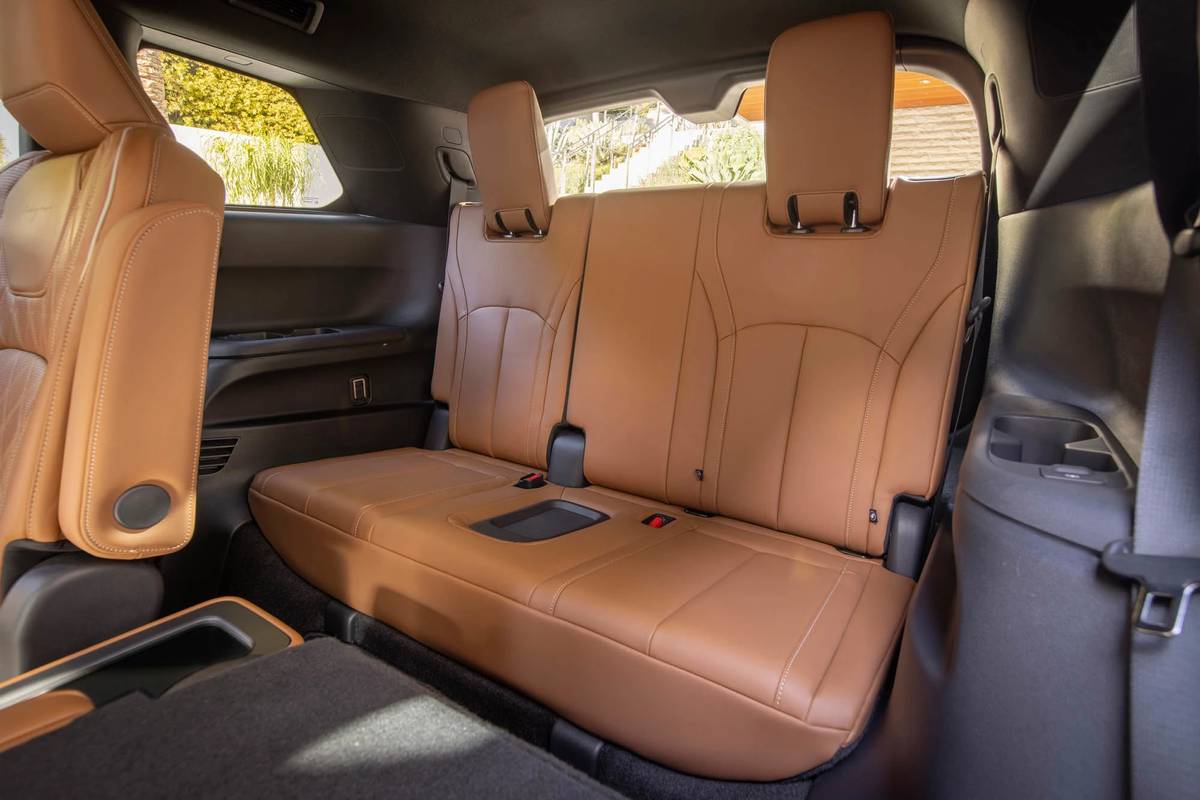 Inside, the biggest change is the multimedia system. Gone is the small, 8-inch screen with dated graphics that was set into the dash and surrounded by a bevy of buttons. All trims now get a standard 12.3-inch touchscreen multimedia system. On the plus side: It’s slicker looking and larger than the outgoing model and finally features Apple CarPlay and Android Auto — which the old model didn’t support. Only Apple CarPlay is wireless; Android Auto connectivity requires a USB connection.

However, we like some buttons, and the new system has very few. The 2022 QX60’s climate control section has been replaced by a flat panel filled with capacitive controls with haptic feedback, a setup we’re not thrilled with in terms of ease of use.

Also new this year is an available 12.3-inch gauge display that can display speed and navigation information and can be paired with an available 10.8-inch head-up display.

In back, Infiniti says the QX60 offers second- and third-row passengers more space — as well as nicer space thanks to updates in terms of both features and materials.

Second-row captain’s chairs are standard on the new top Autograph trim level, a seat configuration the previous QX60 didn’t offer. Also available on that new trim are Saddle Brown semi-aniline leather seats and surfaces, as well as open-pore wood trim for a high-end look and feel. What hasn’t changed in the second row is the seats’ slide-and-tilt feature that allows for easy access to the third row without removing a child-safety seat (take the kid out first, however). I tested this feature in a previous model on a road trip with my car-seat-strapped kids and found it handy.

Other premium available features include wireless charging, up to seven USB ports for all three rows and a camera-based rearview mirror; a panoramic moonroof is standard, as is Wi-Fi connectivity. Also standard are the brand’s Zero Gravity front seats, which Infiniti says follow the curvature of the spine to reduce pressure on the hips and other joints. The front seats can be had with optional climate controls and an available massage function.

Like the recently redesigned Pathfinder from Infiniti’s Nissan parent, the new QX60 replaces its unrefined continuously variable automatic transmission for a new nine-speed automatic. Also shared with the Pathfinder is a 295-horsepower, 3.5-liter V-6, unchanged from the outgoing QX60.

An updated version of Infiniti’s advanced Intelligent All-Wheel-Drive system is available; the brand says it features new direct-coupling engagement for seamless power transfer and up to 50% of the available power can be sent to the rear wheels for increased grip.

The ProPilot Assist driver-assistance system is available on the QX60, though it’s unclear on which trim levels. The system bundles features such as adaptive cruise control and lane-centering steering. It works down to a stop and hands are required on the steering wheel.

All model years for the INFINITI QX60 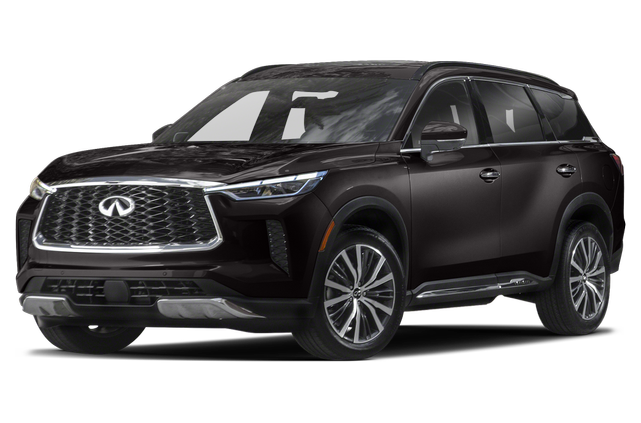 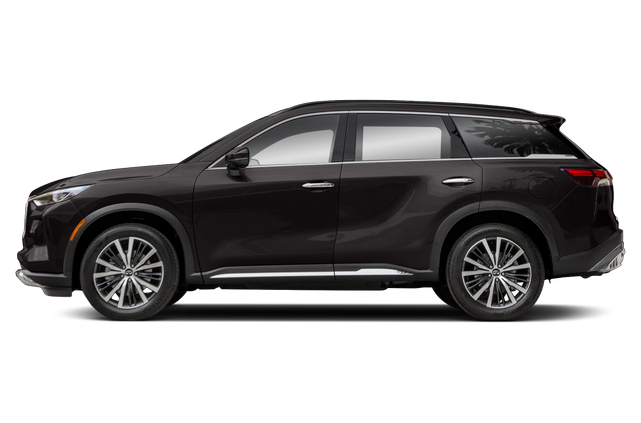 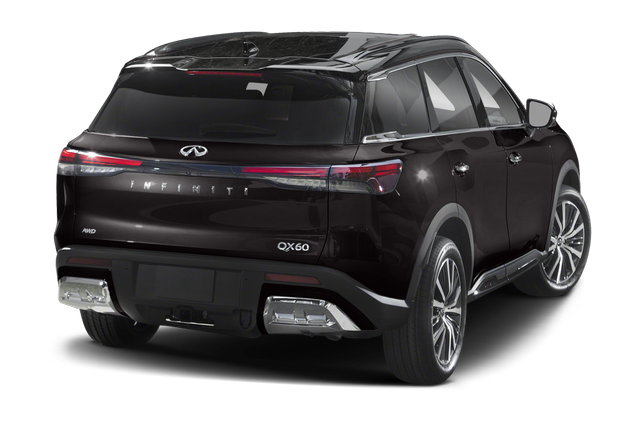 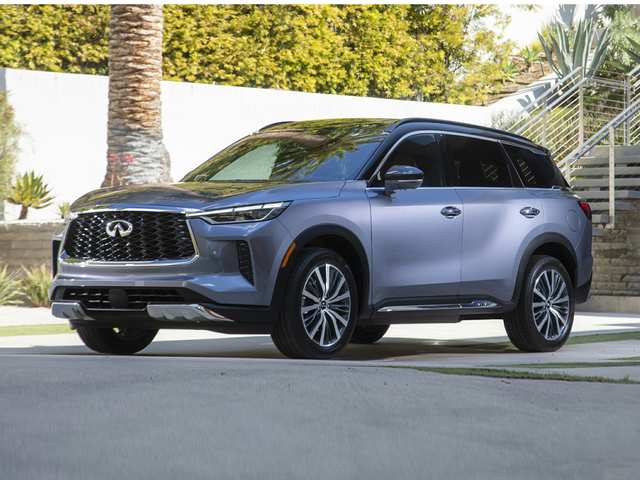 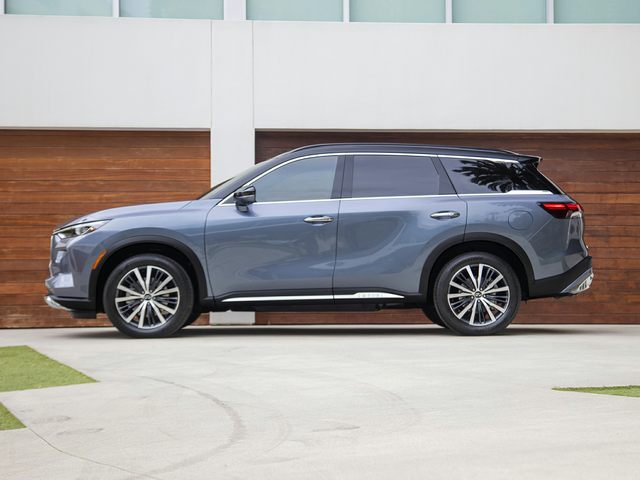 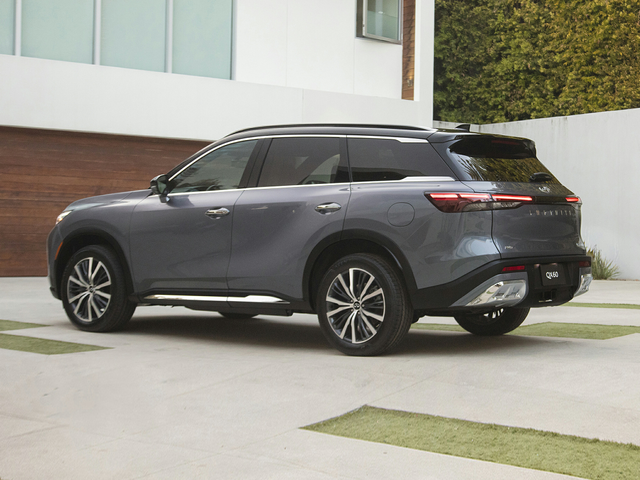 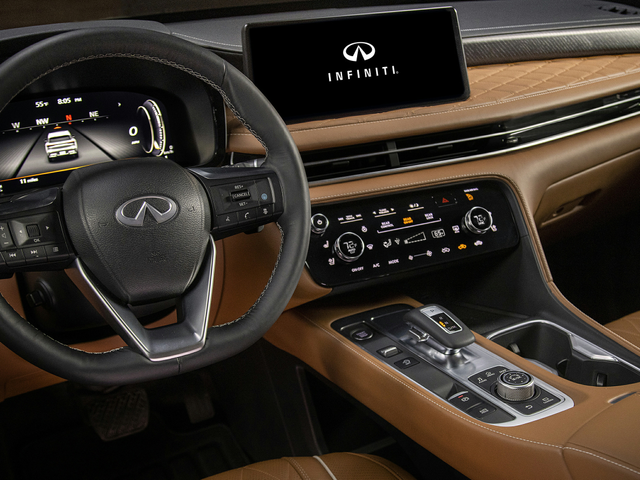 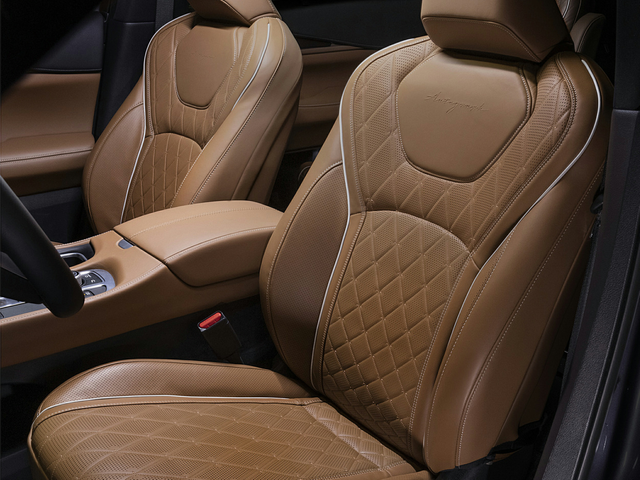