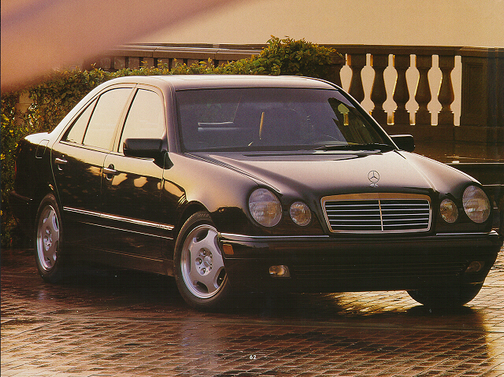 Our 1996 Mercedes-Benz E-Class trim comparison will help you decide.

You can credit Acura, Lexus and Infiniti for the stunning rebirth of Mercedes-Benz.

The German automaker got caught with its lederhosen down when those Japanese luxury brands first entered the market in the mid- and late ’80s. Then, when the recession of the early ’90s hit, Acura, Lexus and Infiniti cars posted strong sales, while Mercedes and nearly all other European luxury brands faltered.

The Japanese cars were lighter and quicker. They came with more user-friendly features; they had higher quality, and they were less expensive than most of the European competition.

Mercedes-Benz, a company not known for acting quickly, began losing enormous sums of money. Its heavy, stodgy-looking cars were expensive gas guzzlers that weren’t much fun to drive.

Then Mercedes saw the light.

In 1994, Mercedes began building cars such as the C-Class, which were lighter, faster and less expensive than the cars they replaced. But the small C-Class sedans were only a portent of things to come.

The stylish E-Class series of sedans, which came out late last year, has proven to be a watershed event in Mercedes history.

The E320, E300 Diesel and this week’s test car, the E420, have led Mercedes-Benz to double-digit sales increases this year. The German automaker is racking up some of the highest sales figures in the company’s 100-year history.

Mercedes’ strong performance comes at a time when the luxury car segment of the market is stagnant. Lincoln is struggling; Cadillac is holding its ground, and Acura and Lexus are fading.

The new E420 and its siblings far more exciting and better-looking than any Mercedes sedans of recent vintage. And now they cost less than most of the imported competition.

For Mercedes, things only get better from here. This fall, the new $40,000 SLK roadster hits the street. Then in about a year, Mercedes’ American-built sport-utility vehicle goes on sale.

Mercedes-Benz wasn’t the first on the block with a super high-tech 32-valve, double-overhead cam V-8.

But it may be best of its kind.

The 275-horsepower, 4.2-liter V-8 in the E420 delivers a seamless stream of power. Unlike the V-8 engine in the Lexus LS400 – which can lull you to sleep with its refrigerator-motorlike blandness – the E420’s engine has a real personality.

It’s quiet when you accelerate normally, but mash the gas pedal into the carpet and you’ll hear a soft symphony of wonderful mechanical noises as the rpms build. Mercedes says the E420 can bolt to 60 mph in just 6.7 seconds. That’s sports-car performance.

The E420 comes with a computerized five-speed automatic transmission that memorizes the habits of the driver and programs the shifts accordingly.

Drive the E420 with a heavy foot and the transmission will shift more crisply for slightly better acceleration. If you drive the car easily, the shifts are virtually imperceptible. No longer does the driver have to flick a switch on the console from ”normal” to ”sport” as you do on other luxury cars.

One trait of the transmission isn’t so wonderful. If the E420 is rolling backward slightly when you shift into drive, it will shudder very rudely. The driver must stop completely when changing from reverse to drive.

Mercedes has designed the slotted shifter gate so that, without even looking, the driver can move the lever from fifth gear into third for a quick blast of power.

Our test car required expensive premium unleaded fuel but used it at a reasonable rate for a large mid-size luxury/sports sedan. In the city with the air conditioner running, the E420 returned 17 miles per gallon. On the highway it delivered a solid 24 mpg.

The E420’s graceful handling traits may be the benchmark for all luxury sedans.

Willingly and without fuss, the E420 performs anything you ask of it. There are very few sedans that so deftly blend the elements of sporty h ndling and luxury-car smoothness as well as the E420.

Driven normally, the E420 is a smooth, quiet and solid luxury sedan. It doesn’t need a super-stiff, spine-cracking suspension to handle the demands of an enthusiastic driver. Driven aggressively, the E420 will slice through the sharpest curves on any road short of a race course.

Underneath the E420, Mercedes engineers made a radical break with the past. They replaced the recirculating ball system with power-assisted rack-and-pinion steering. The old suspension was replaced by modern double wishbone front system. Those improvements give the car an agile, athletic, lighter and more nimble feel than some of the heavy old sedans Mercedes used to build.

The E420’s beautifully styled body dips gently as the car drives over uneven pavement, such as a brick road. The driver and passengers don’t feel much of the action of the suspension system, which is attached to the stiffest body Mercedes has ever built.

I was amazed at how sharply – 37.1 feet – the E420 can turn a circle. This must be the best turning radius in its class, or close to it. You appreciate that maneuverability when you need to make a U-turn on a narrow road or angle into a parking space in a crowded lot.

The E420’s performance is only part of the car’s value story.

Another part is what you get for your money in comparison to other luxury cars, such as the Lexus LS400 and Cadillac Seville.

When it comes to safety equipment, no car matches the E420, which is outfitted with four air bags, anti-lock brakes and a two traction control systems. One traction system, ASR (anti-slip control) prevents the wheels from spinning on slick roads. The other, ESP (electronic stability program) senses if the car is going in a direction other than it is being steered. For instance, if the E420 begins to fishtail, acomputer will apply one of the car’s left or right side brakes. This enables the driver to remain in control.

The seats are another big improvement. They’re a bit softer than some of the rock-hard perches of previous models.

Our test car was assembled perfectly. And even though it is hard to call any luxury car priced at about $50,000 a bargain or a tremendous value, the E420’s styling, performance, safety equipment, quality, features and expected long life, leave you feeling as if you got more than your money’s worth.

This is one of the best all-around cars I’ve tested in 1996.

Truett’s tip: The powerful Mercedes-Benz E420 is a handsome, high-quality sporty luxury sedan that is packed with safety features, loaded with accessories and a thrill to drive.

Great but could be better

The transmission went out on many of these vehicles at 100,000 miles. Overall, fantastic reliable car that is 22 years old. Nothing else ever gave me an issue

Not worth the. Money

April 12, 2018
By Awpful from Clanton, Alabama
Owns this car

Though I lived thelook of the car, it tenses to obethearpt in heave traffic. Additionally, the service calls were beyond expensive. I was not told of this when I purchased the vehicle.

Most amazing Vehicle I have ever owned. Classic 96 Benz is the TOP's. IF...You Find one with low miles, 1 owner, good service records, garage kept, Southern life (no rust), in ANY color other than GOLD (hate any car in UGLY gold, who doesn't...eh?), good rubber seals & tires, dent free and under 3 Grand? BUY IT FAST. IF YOU DO NOT BUY IT (for some strange reason) in the description above. PLEASE contact me and I will GLADLY purchase (Sight UN-seen) a 2nd one, or a entire fleet of them if available and start my own dealership of nothing but 96's Benz's E320's. But the ONLY DRAWBACK for me is that it would be extremely impossible to sell one or EVER let one go. SO.... I guess I would just build a HUGE garage (after finalizing the divorce...LOL) and call it my "Lil E320 Collection" instead. (with the ONE exception of the Classic 57 Chevy Belair 2 door two tone red/white under the velvet tarp in the corner). Lol 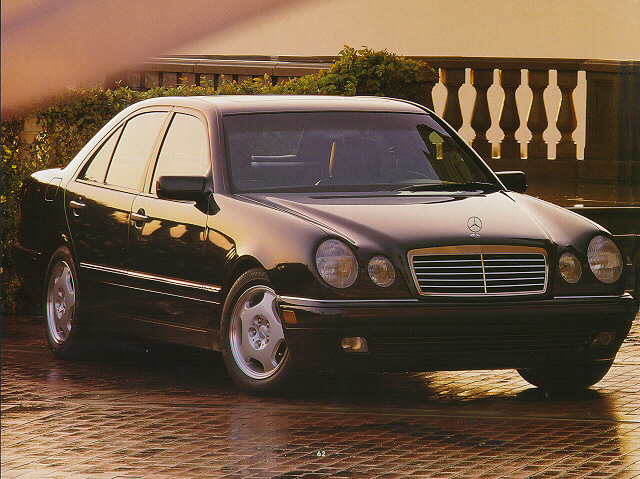 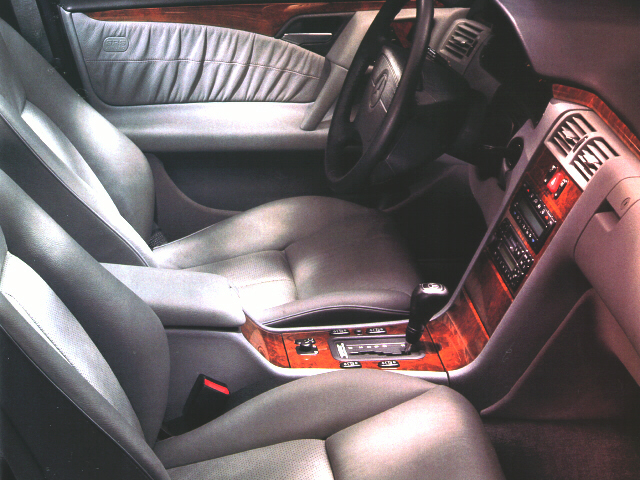