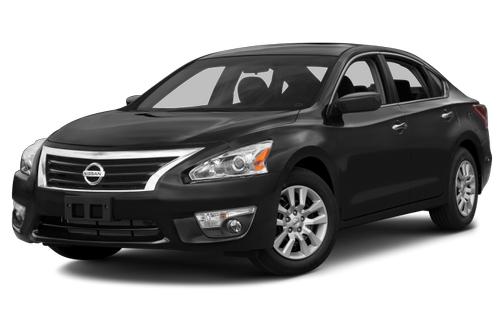 Our 2015 Nissan Altima trim comparison will help you decide.

Two model years after bringing up the rear in a Cars.com comparison of midsize family sedans, the 2015 Altima has again faltered in the Cars.com $27,000 Midsize Sedan Challenge — despite its success as the third-best-selling midsize sedan in the U.S.

In one of the most competitive classes in the car market, the generally capable 2015 Nissan Altima is hamstrung by subpar drivability — an unrefined transmission and associated engine noise.

Our Nissan Altima test car was a 2.5 SV with the standard 2.5-liter four-cylinder engine. Trim levels include base, S, SV and SL, the higher three of which are offered with an optional 3.5-liter V-6 that changes the trim name to 3.5. All Altimas have front-wheel drive. (For all-wheel drive, consider the Chrysler 200, Ford Fusion and Subaru Forester, the latter of which has it standard.)

How It Drives
Granted, the experience of driving a midsize sedan doesn’t, well, drive many buyers. But drivability is where the Altima stumbles. In our Challenge the car had the lowest numerical rating for handling, and judges cited a tendency to wander and a need for constant correction. One driver needed to slow down on curvy roads the other cars had handled at speed. The Altima’s ride quality passed muster, though it wasn’t among the top-rated.

The Nissan Altima took its lumps regarding acceleration related to its continuously variable automatic transmission, called Xtronic — the only transmission offered. Rather than fixed gears, CVTs use a belt and a pair of pulleys that change their diameter to provide a broad range of gear ratios with no conventional shift sensation. The main benefit is efficiency. While CVTs aren’t inherently flawed, the Altima’s still exhibits some of the technology’s earlier drawbacks, which have been tamed in similar CVTs — including those in our test’s Honda Accord and Subaru Legacy.

Specifically, there’s often a delay in response when you step on the pedal before the Altima pulls forward — or speeds up proportionally when already in motion. A little bit of this is normal, especially among CVTs, but the degree here evokes a motorboat analogy, where the boat’s propeller needs to churn some water before the boat really takes off.

More troubling to our drivers, though, was the noise. CVTs characteristically allow engines to rev to speeds that don’t seem appropriate to the driver, simply because they try to keep the engine in its most efficient range, not its quietest. Here the resulting engine drone is loud and seems constant, even compared with other four-cylinder/CVT pairings.

Nissan attempts to familiarize the experience by programming in some artificial shift points whereby the CVT makes more pronounced ratio changes, emulating a step-gear transmission. I experienced it with the CVT in the Sport mode, marked Ds on the shifter. I get the point, but I often found the shift to be abrupt — adding the feel of an unrefined conventional transmission to an unrefined CVT. The worst of both worlds.

The tragedy here is twofold: First, once the Altima gets its shoes laced up it proves to have stout, if noisy, power. Second, it’s exceptionally efficient. Its EPA-estimated gas mileage is 27/38/31 mpg city/highway/combined. Though the Honda Accord shares that combined mpg estimate, in our real-world mileage test the Altima clocked 32.4 mpg and the Accord got 30.2 mpg. (The Volkswagen Passat was closest with 32.1 mpg and the Mazda6 was in third place with 31.7 mpg.)

With numbers this high, and close to each other, my question is whether the Altima’s mileage win is worthwhile. Would it not be a better car with slightly lower mileage and lower noise? I suspect our judges would say yes. For context, lest you think I’m overly sensitive, each Challenge judge reports three likes and three dislikes for each car, and all five of our drivers gave one of their dislike slots to the Altima’s noise. Even our guest consumer tester said, “It feels like I’m hurting the car.”

Nissan Altima shoppers who can accept lower mileage in exchange for a better experience should consider the V-6. More powerful engines make better companions for CVTs.

Interior
Comfort proved to be another issue in the Altima, primarily because of its NASA-inspired “Zero Gravity” front seats. I found them terribly uncomfortable at our 2012 Midsize Sedan Showdown and complained that, among other problems, the bottom cushion needed a tilt adjustment. I could tell these seats would be exceptionally comfortable for someone but they were varying degrees of uncomfortable for others.

In the interim, Nissan has added a tilt adjustment on the SV and higher trim level, which is an improvement, but I still suffered way too much lumbar support in the 2015. This time we found the person who loved the seats: one of our judges. Another said she became more comfortable over time. Aside from the seats, the Altima’s comfort was rated pretty well thanks to good headroom and a reasonable split between front and backseat legroom. The interior volume is about average for the group, but it feels nice and airy, aided in part by our car’s light color scheme.

As equipped, our Nissan Altima rated among the bottom three for interior quality. A couple of judges objected to the velour-style upholstery on the seats’ side bolsters, calling it cheap. I dissent. It’s a bit old-school, but at least it’s soft. Some of the more modern materials used for cloth seats, including a few Challenge contestants, has a texture that’s too rough and/or shiny and, in its own way, cheap-looking. There were also complaints of some flimsiness in the Altima, especially for what was the most expensive car in the test, as equipped. The extra cost came across in features like the moonroof, auto-dimming rearview mirror and HomeLink universal remote control, but not in materials quality.

Our SV’s leather-wrapped steering wheel is a quality touch worth having, but the gear selector has a rubbery feel. To me the interior’s low point is the silver plastic trim, which does a poor job mimicking metal. The car’s bright, rich-looking gauges are the high.

Ergonomics & Electronics
The Nissan Altima proved blissfully simple to operate, mainly because our test car lacked an ambitious multimedia system. (That’s not to say a base system can’t confound; the Ford Fusion’s was baffling.) The 5.0-inch color display is a decent size for general purposes, though a bit small and low in the dashboard for displaying the backup camera’s image. The feature becomes optional on the Altima 2.5 S and is standard on higher trims.

The same is true of a USB port, though Bluetooth streaming audio and hands-free telephone support are standard on all trim levels.

Cargo & Storage
With 15.4 cubic feet of trunk volume, the Nissan Altima is in the middle of a group that ranges from 14.8 (Mazda6) to 16.3 cubic feet (Chevrolet Malibu and Hyundai Sonata). The trunk lid’s hinges drop into the storage space, which isn’t ideal, but the aperture between the trunk and cabin when the 60/40-split rear seats are folded is nice and tall.

Cabin storage is good, with highlights including larger door pockets than many competitors, a very deep glove compartment and a generous storage console underneath the center armrest. In addition to the front seat’s two cupholders and a bottleholder in each door, backseat passengers get door bottleholders and a flip-down center armrest that looks like it could take either a large or a small drink, but not both at the same time.

Safety
In Insurance Institute for Highway Safety crash tests, the 2015 Altima earned the top score of good in all but the small-overlap frontal test, where it earned a rating of acceptable. This result matches six competitors in the institute’s classification of moderately priced midsize cars. Seven other models scored good in the small overlap.

Though the Altima offers optional active-safety features like blind spot and lane departure warning, it lacks the optional collision warning systems now offered by many competitors.

Value in Its Class
The NissanAltima is usually the third-best-selling midsize sedan behind the Toyota Camry and Honda Accord — two models that took 10th and eighth place in our Challenge. The Altima came in ninth. How could this be? The Accord and Altima haven’t been redesigned since the last Challenge, and the heavily reworked 2015 Camry failed to wow. The top five this time were either fresher designs or weren’t included last time, or both. In today’s market, cars lose their freshness — in everything from mileage to features — faster than ever.

As respectively the least and most expensive cars in the test (as equipped), the Toyota and Nissan Altima illustrate that value isn’t merely about price. Judges didn’t see much value in either car. The results illustrate how much a particular model’s trim levels can vary, primarily based on interior quality and drivetrain. If you’re looking for a loaded body-type model rather than one priced below $27,000, I suspect the Altima and Fusion, in particular, would narrow the gap versus the higher-ranked models in our results.

October 2, 2022
By Preahnipean from Modesto, Ca
Owns this car

I am a Toyota and Lexus fan but a dealer offered me a good deal. I have 2012 Nissan Altima SE. I bought it new and so far so good. Currently is 77,500 miles, I just changed transmission fluid and spark plugs by myself and planning to change serpentine too but there is no sign of cracking. It’s a bit scary when i saw a lot of complaining about CVT transmission. I have had clicking sound underneath when driving about 300 yards since day one and brought it back to a dealer and was told there was nothing wrong.

Loved it till it went south and took the ability

I was up until last night, as happy with my Altima as a lark but while driving on highway at 1 am my rpms went from 1.5 to 6.0 the car stuttered and wouldn't go waited for a tow for 2 hours. Earlier I put an OBD 2 reader on it and there were not a one code nothing was wrong at all and then this transmission failed out of the blue.

Rating breakdown (out of 5):
0 people out of 0 found this review helpful. Did you?
Show full review
See all 363 consumer reviews 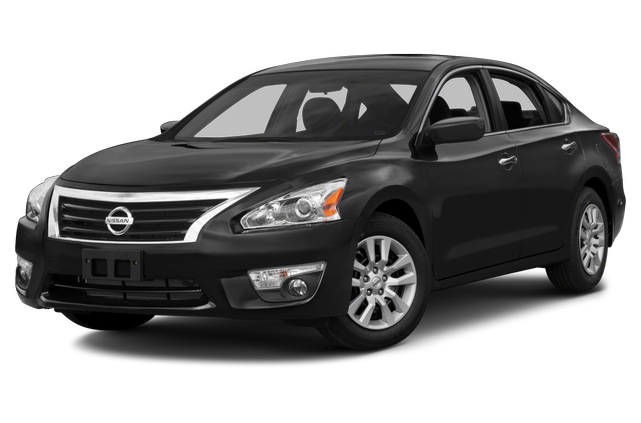 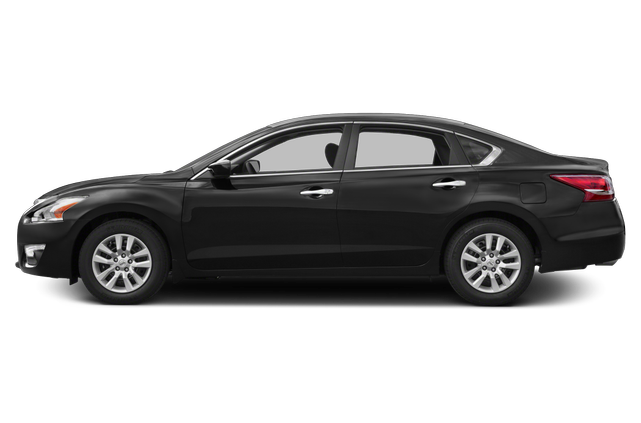 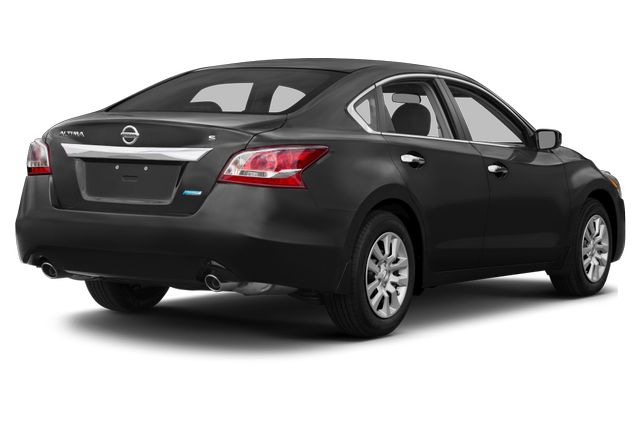 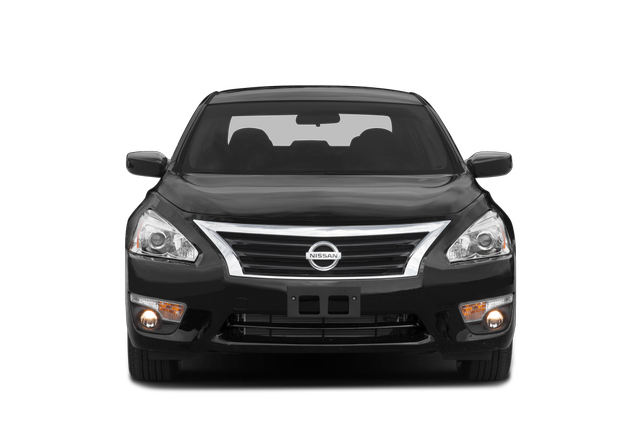 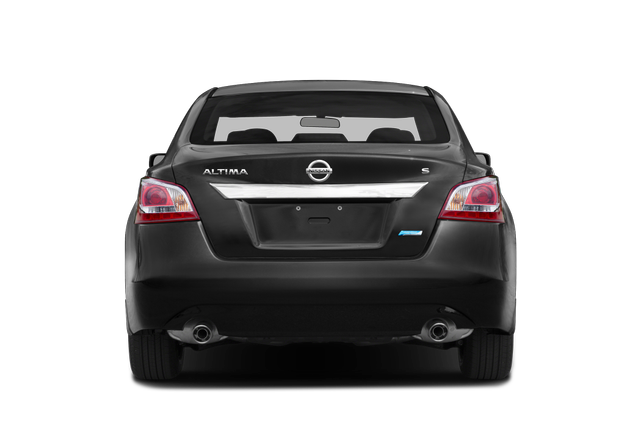 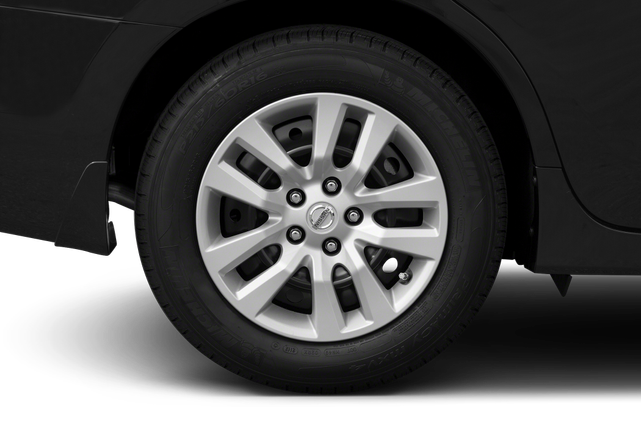 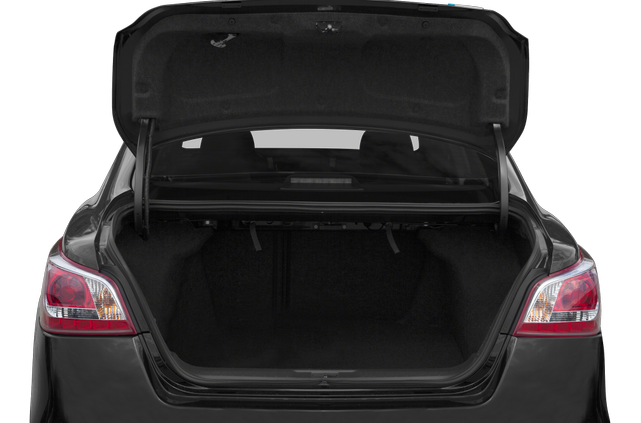 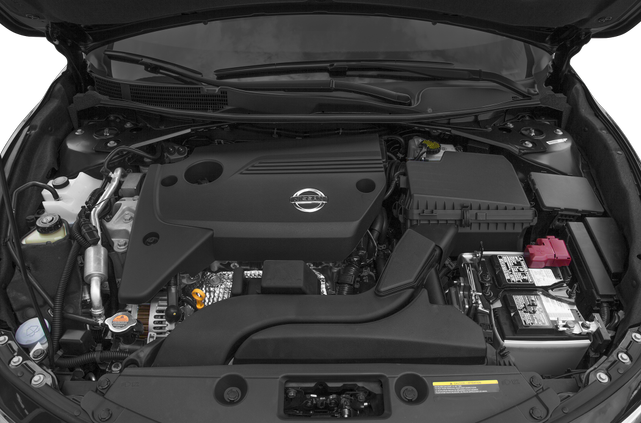 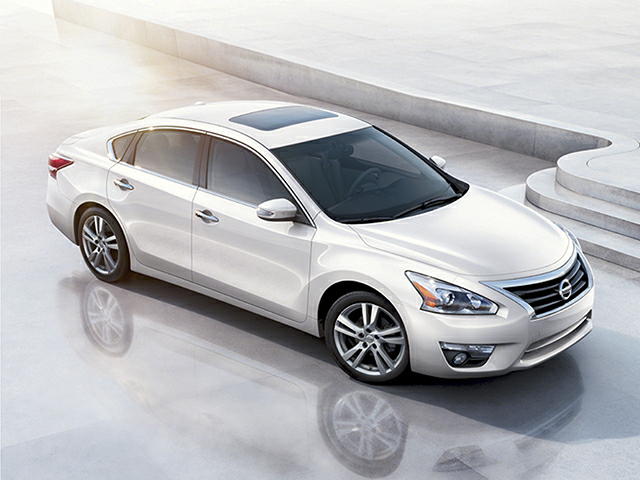 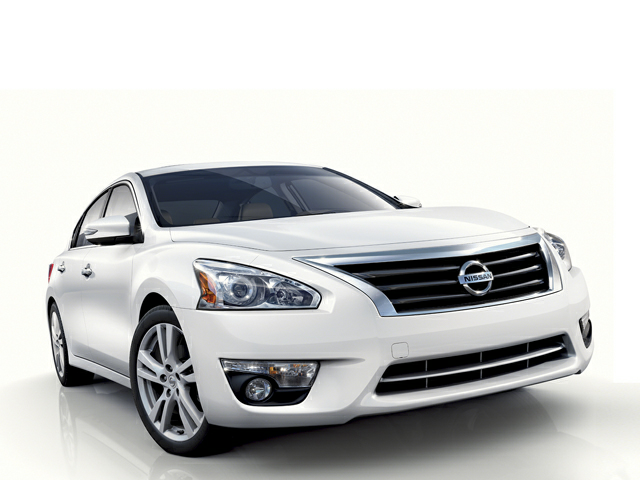 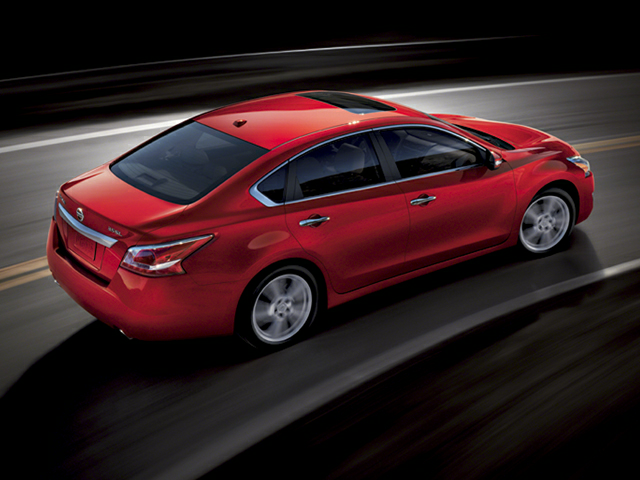 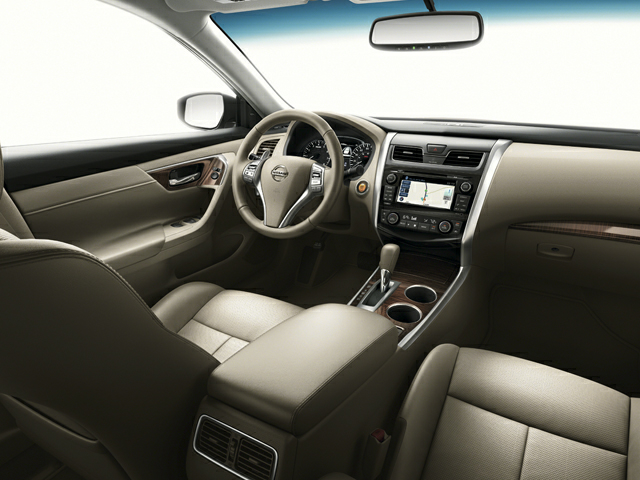 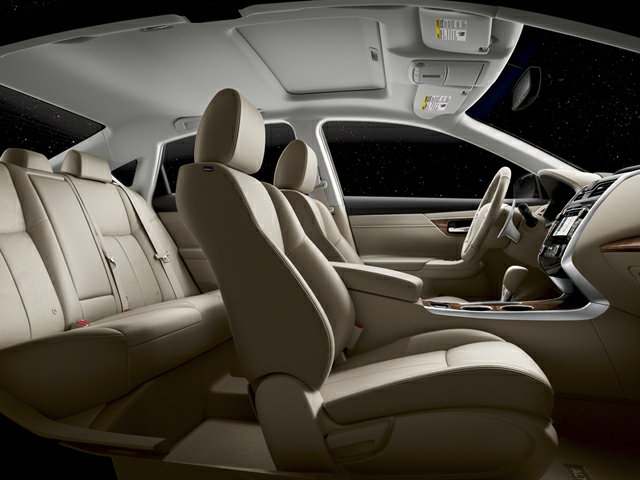 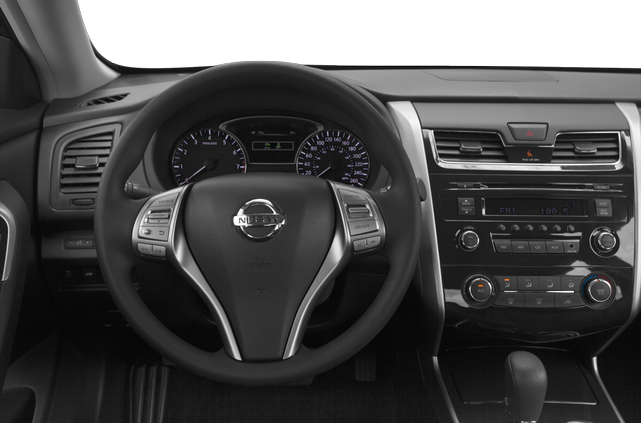 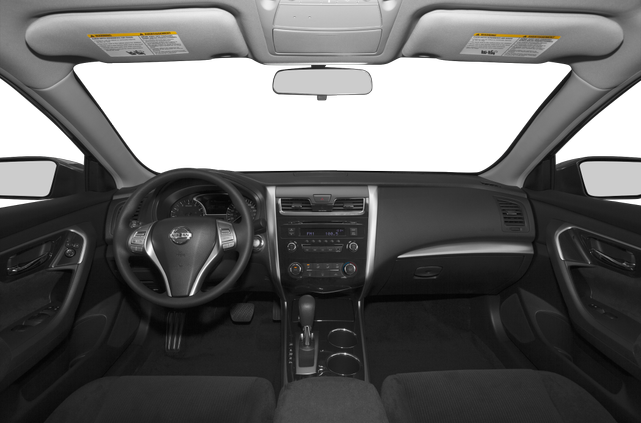 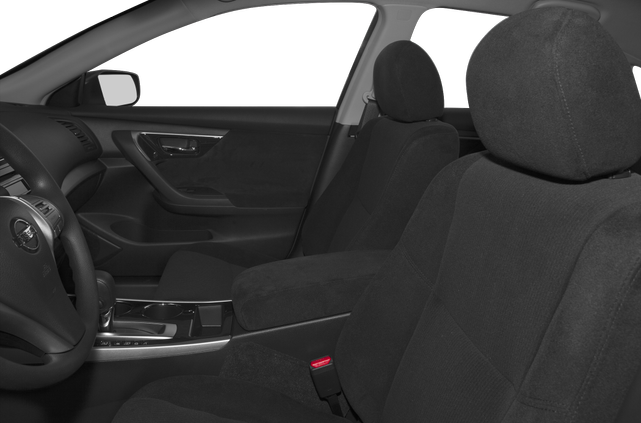 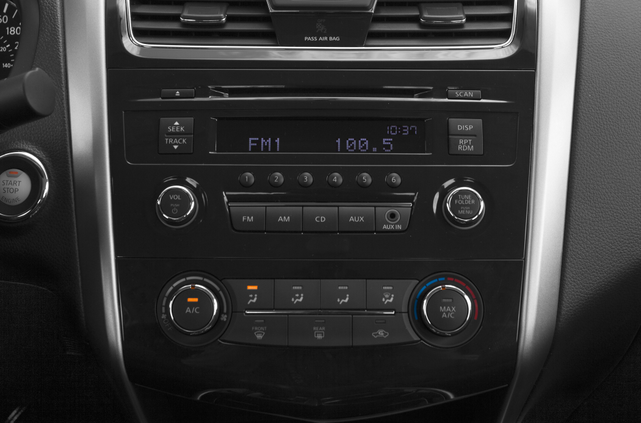 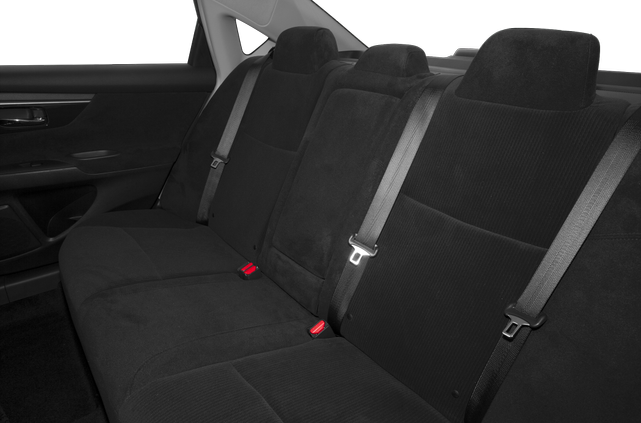 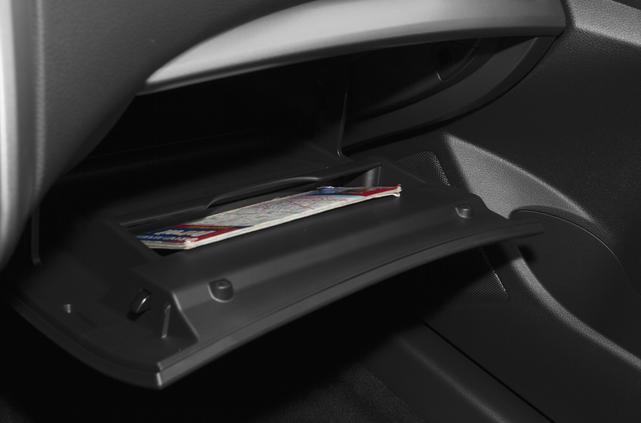 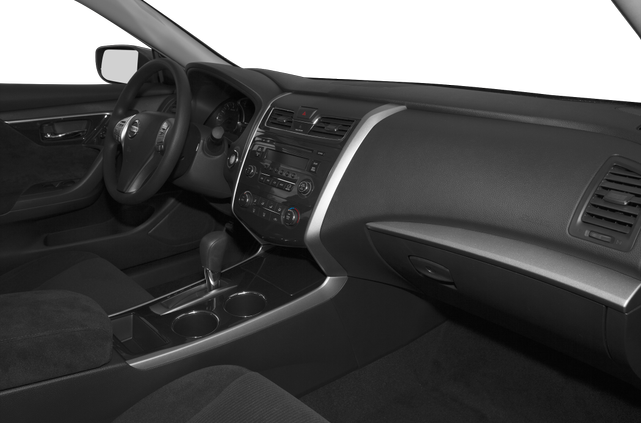 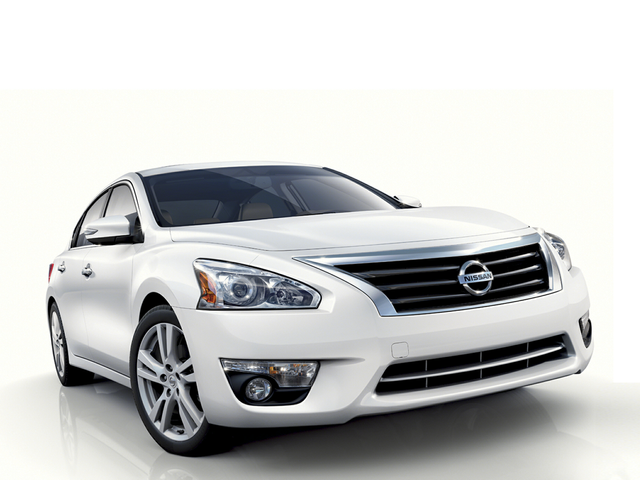 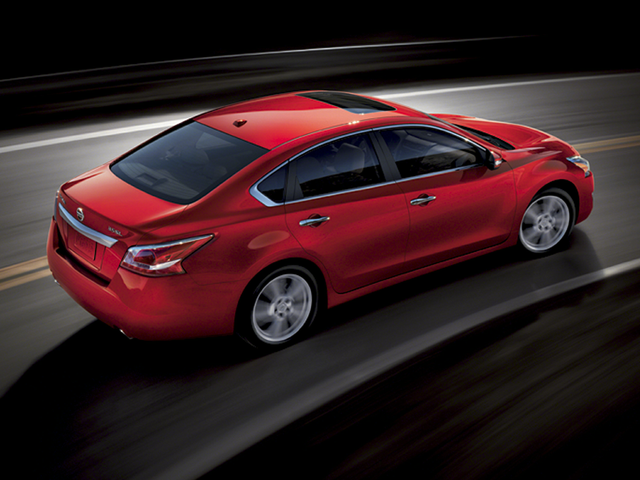 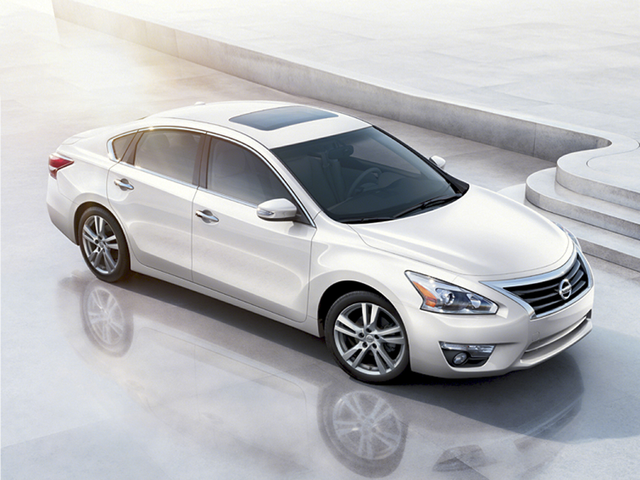 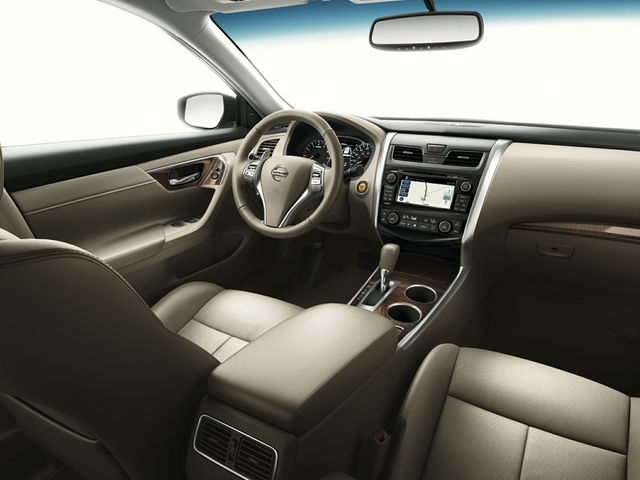 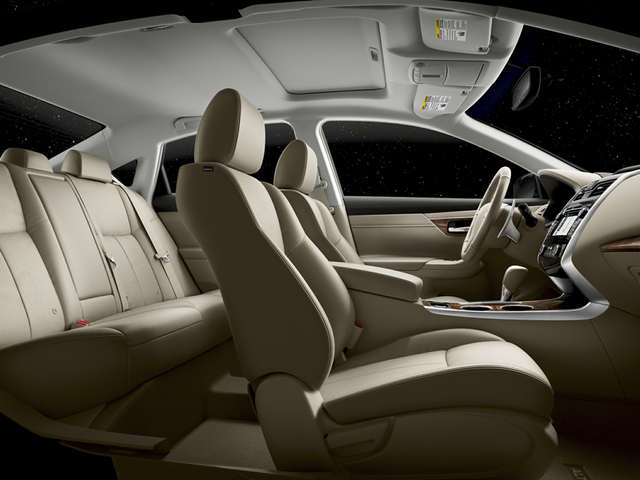