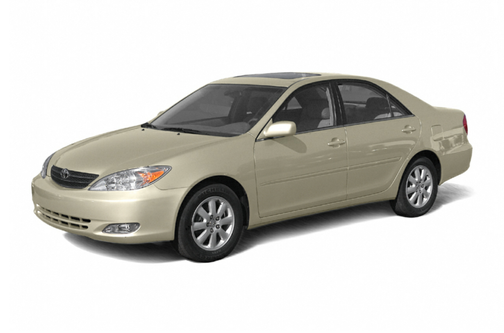 Our 2004 Toyota Camry trim comparison will help you decide.

Vehicle Overview
Toyota totally redesigned its midsize front-wheel-drive Camry sedan for the 2002 model year. The Japanese automaker hoped that the fifth-generation Camry would broaden the company’s image and appeal beyond the “big middle” of the car-buying population.

A 157-horsepower, 2.4-liter four-cylinder engine is installed in the majority of Camrys, and a new 225-hp, 3.3-liter V-6 is available in the SE sedan for 2004. A five-speed-automatic transmission is now offered. A new Limited Edition Camry features crystal white paint, champagne-colored badging, a unique grille and fawn interior fabric. Models include the standard LE, upscale XLE and sporty SE, which has different suspension tuning and 16-inch sport tires.

Exterior
Toyota asserts that the current-generation Camry has crisper, bolder, more upscale styling than its predecessor. With a 107.1-inch wheelbase and measuring 189.2 inches long overall, the Camry is about the same size as the Honda Accord. The sporty SE sedan features fog lamps, a rear spoiler and a black grille with chrome trim.

Even though Honda offers its Accord in both coupe and sedan forms, the Camry comes only in a four-door body style. Toyota’s Camry Solara coupe, which was redesigned for 2004, has different styling and is treated as a separate model.

Interior
The Camry’s interior space is ample for four adults and acceptable for five. The driver’s seat has enough fore and aft travel to accommodate tall and short people. Standard 60/40-split rear seatbacks supplement the load volume of the trunk, which holds 16.7 cubic feet of cargo.

Under the Hood
Toyota’s 2.4-liter four-cylinder engine produces 157 hp and teams with a four-speed-automatic or five-speed-manual transmission. The 210-hp, 3.0-liter V-6 comes only with a five-speed automatic. A new 225-hp, 3.3-liter V-6 is available for the SE.

Safety
Side-impact airbags for the front seats and side curtain-type airbags are standard in the XLE and optional in the other trim levels. The driver-side front airbag deploys in three stages. Antilock brakes are standard on the XLE and on models equipped with the V-6 engine and are offered as optional equipment on four-cylinder LE and SE sedans.

Driving Impressions
If the Camry has been criticized for anything, it’s been for bland styling. Most Camry consumers aren’t seeking flashy looks but rather Toyota’s reputation for reliability, high quality and excellent resale value.

All of the desirable Camry attributes are here, and they’re probably better now than ever before. Owners get a pleasantly comfortable ride, ample interior space, blissful quietness and reasonably energetic performance. Acceleration reaches well past the acceptable mark with the four-cylinder engine, which is about as quiet as models powered by the V-6.

Only a little penalty in ride comfort is evident in the sporty SE, which promises somewhat tauter handling than other Camry models; but the differences are less than dramatic. The manual transmission in the Camry performs admirably, and its lever clicks crisply through the gears.

One of the best car that ever had

This car is one of a kind. I bought a 2004 Camry in November 2003. It is now February 2021 and my car’s engine still purrs as if it’s brand new. The car is spacious and has incredible pickup. I sit comfortably high in the car and have a lot of leg and head room. The new Toyotas are uncomfortable and have no head room. My car has a CD player and a cassette player. Who cares? Nothing fancy. For 2003 it was great to have a CD player. Today’s cars have a lot of features but I love my 2004 Toyota!

most cool car i ever saw

January 5, 2021
By guy from logansport
Test drove this car

Rating breakdown (out of 5):
4 people out of 9 found this review helpful. Did you?
Show full review
See all 92 consumer reviews 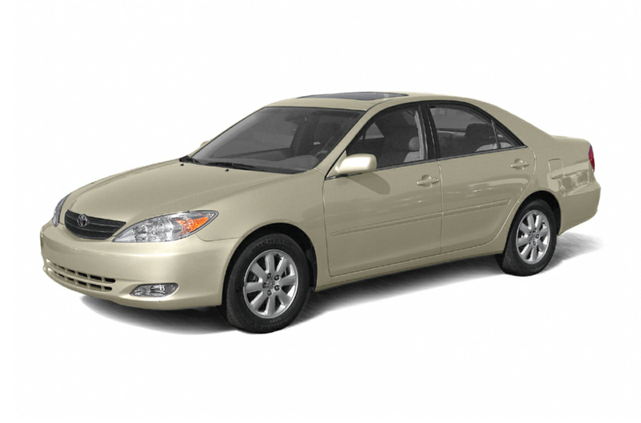 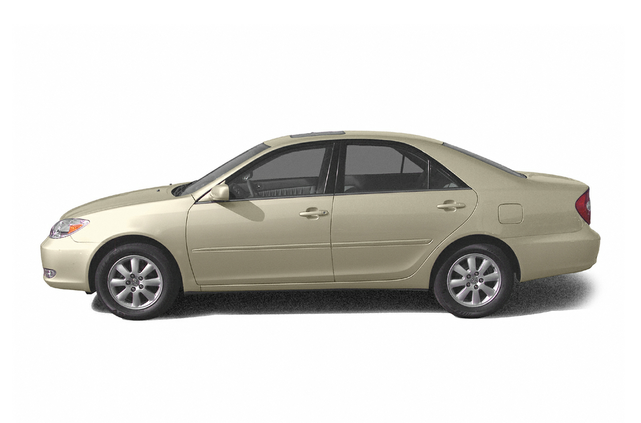 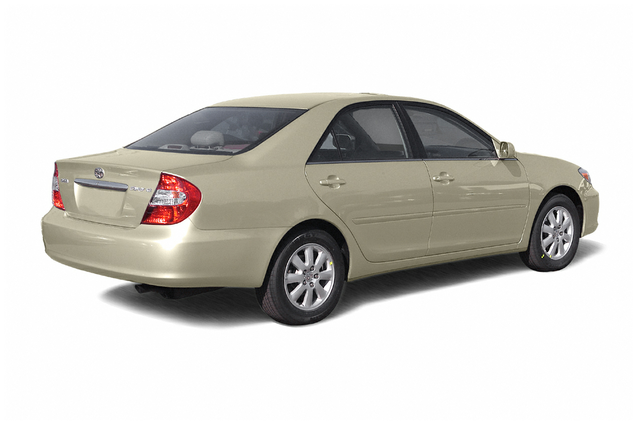 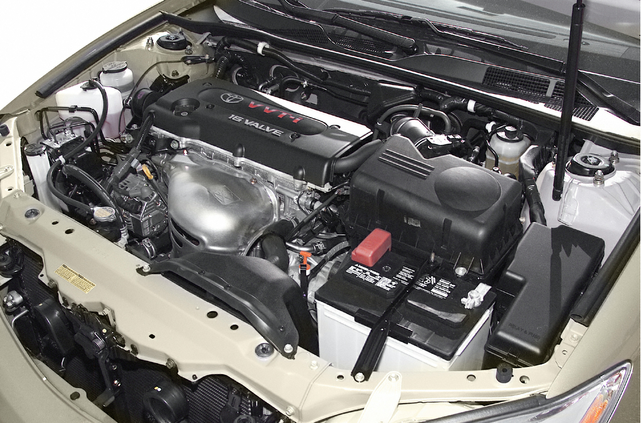 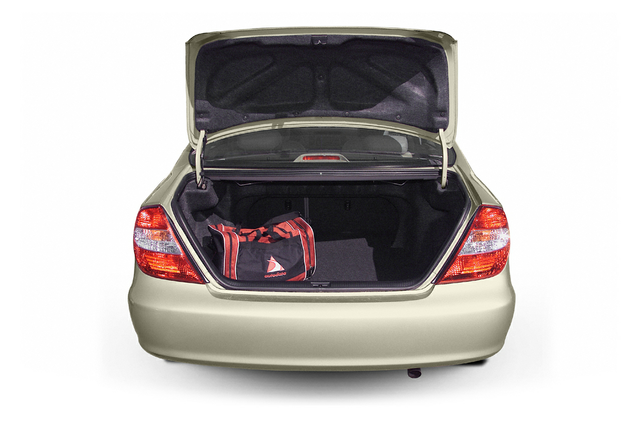 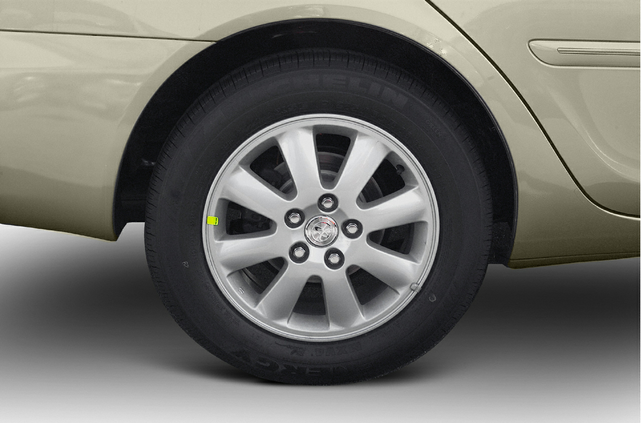 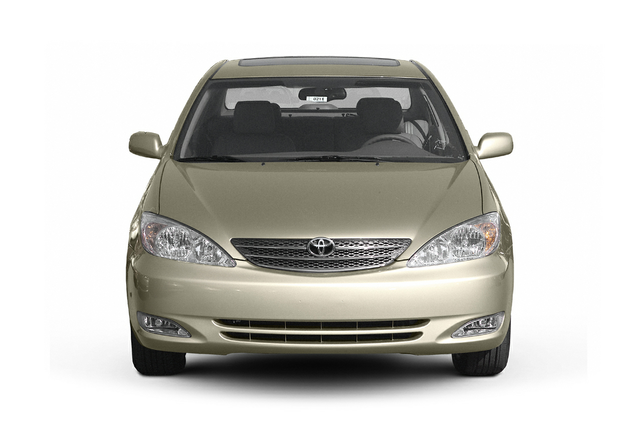 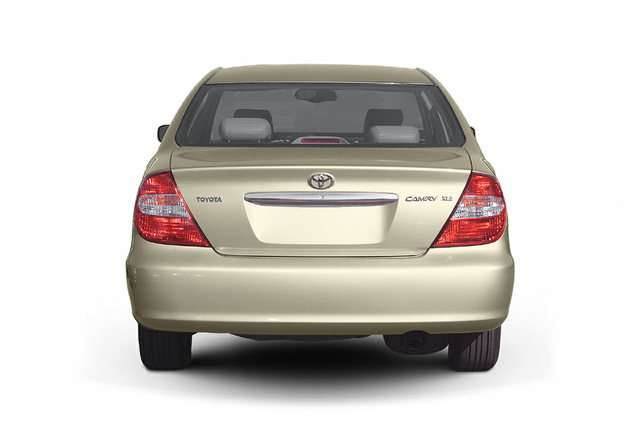 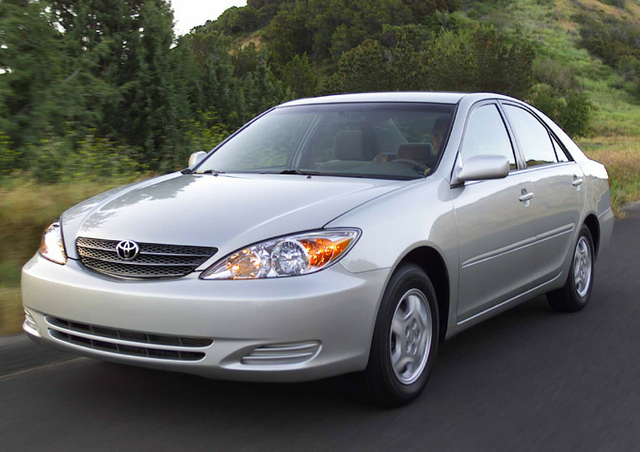 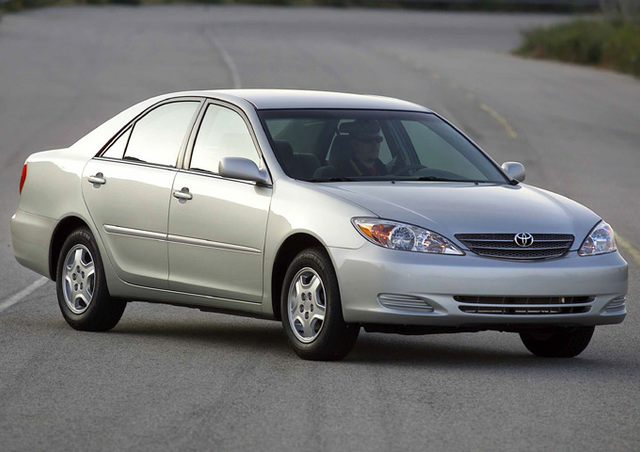 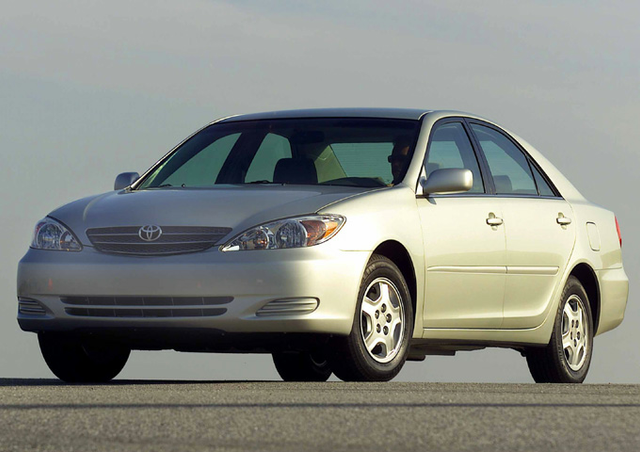 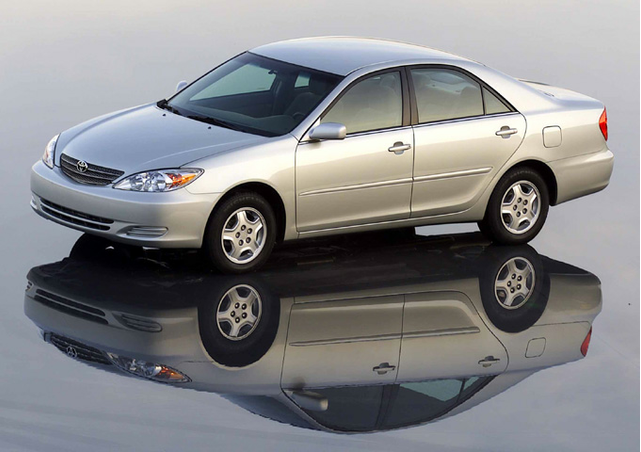 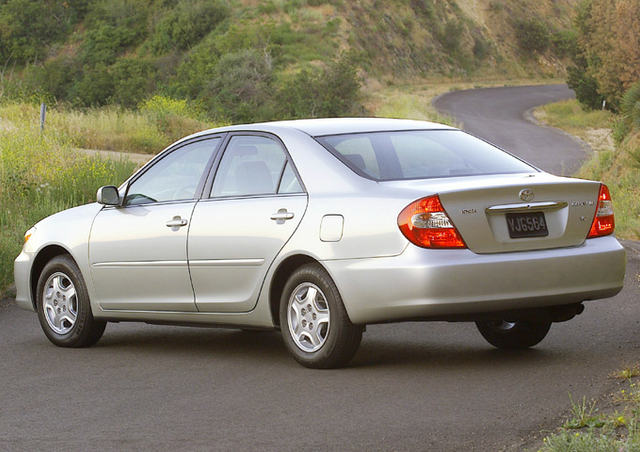 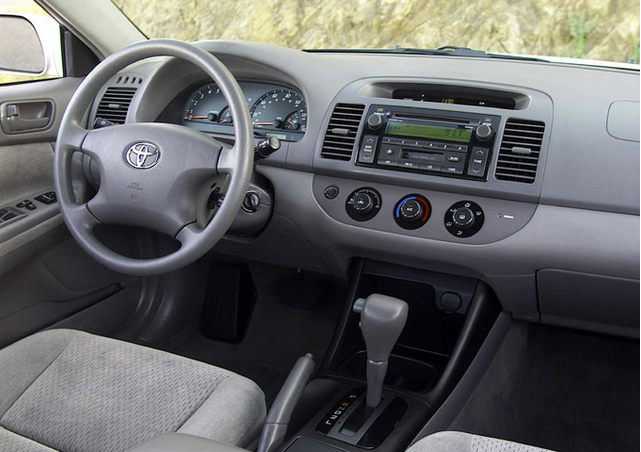 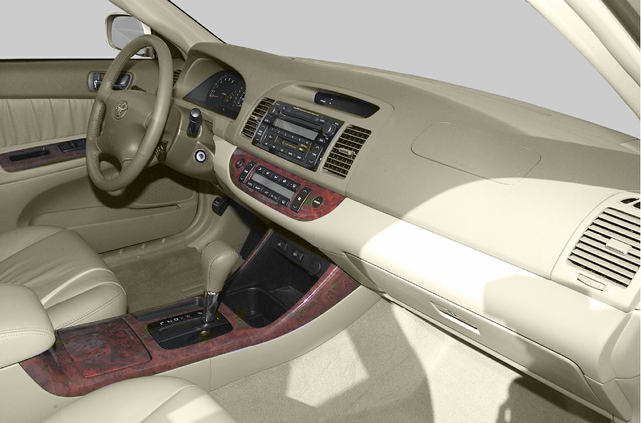 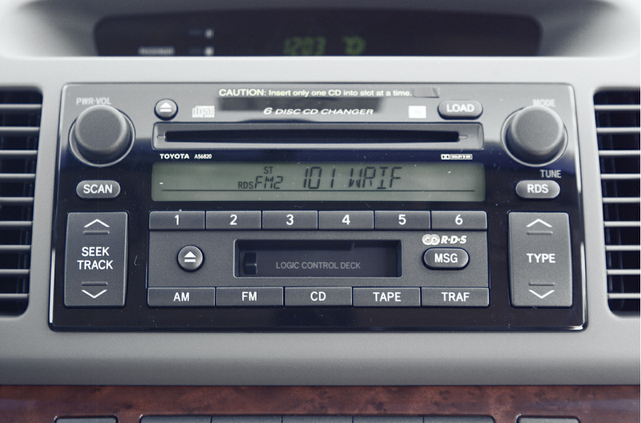 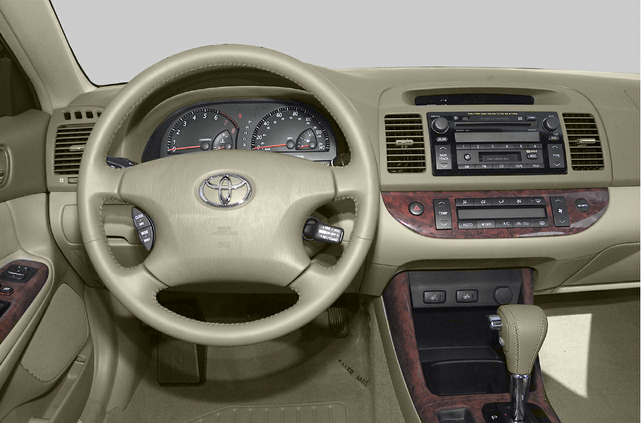 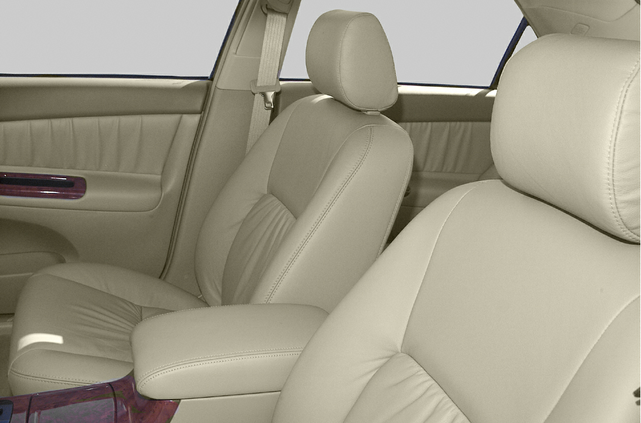 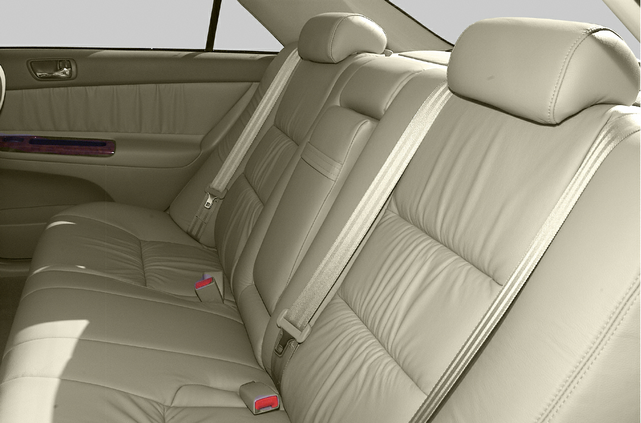 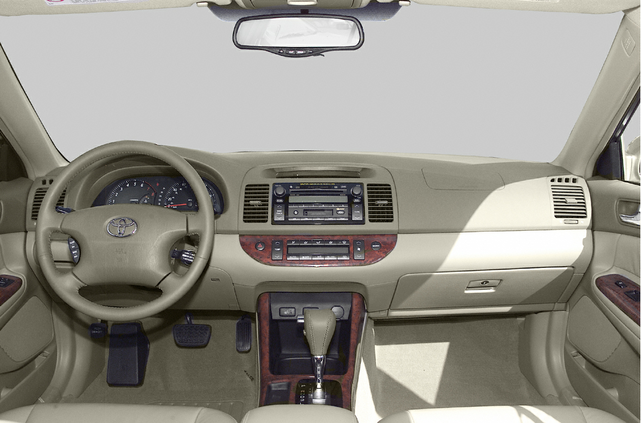 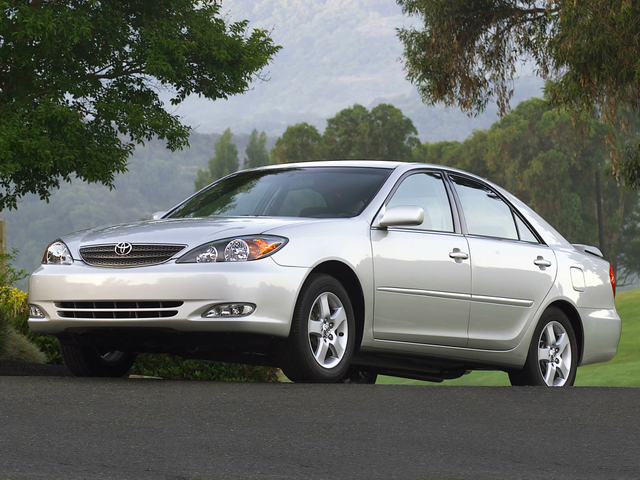