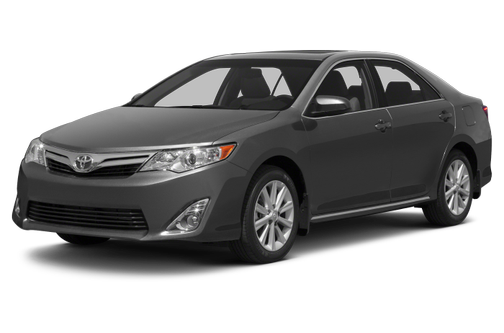 Our 2012 Toyota Camry trim comparison will help you decide.

I’ve met plenty of Toyota Camry owners. To date, zero have raved about their car, yet the Camry’s sensible qualities attract shoppers in droves. Even in its final year, the outgoing Camry outsold all its competitors — and beat all but one of them in Cars.com’s family sedan Shootout last year. Redesigned for 2012, the Camry and its winning formula continue.

While the 2012 Toyota Camry lacks the instant appeal of some competitors, a number of important, incremental improvements make it a ratings-worthy contender for any family-car shopper.

The five-seat sedan comes in L, LE, XLE and sport-tuned SE trims. A four-cylinder engine is standard, with a V-6 optional on the SE and XLE. I reviewed the much-improved Camry Hybrid separately. The new Camry won’t go on sale until October, but I drove most variants at a media preview.

That Thing’s New?
Toyota describes the Camry as all-new — seventh generation, redesigned from top to bottom — but the styling suggests a milder update. The car’s length, width and wheelbase remain the same. The headlights look more reshaped than reimagined. The boomerang taillights add something fresh, but the side profile smacks of the old Camry.

The Toyota Camry SE has sporty body treatments and 17- or 18-inch alloy wheels, versus 16-inch steel wheels on the base model. Better integrated than the outgoing Camry SE — whose slapped-on extensions had all the makings of a discount nose job — it’s the clearest redesign of the bunch, if you can abide its face. I see the late-2000s Acura TL, some Mazda6 and a lot of woodchuck.

Revamped Interior
The overhauled cabin feels richer, if less consistent, than before. Dressed with stitched faux leather and a chrome-flanked, raised center panel, the dash has lots of upscale eye candy. The quality goes beyond sight alone — the climate controls feel weightier and the gearshift crisper moving from Park to Drive.

I prefer the last Toyota Camry’s cushy seats to the new version’s, which are a touch firmer. Still, the driver’s seat has good adjustment range, and the center console doesn’t encroach on hip or knee room. Though the backseat is not as cavernous as a Volkswagen Passat’s or Honda Accord’s, it fits adults fine, with good headroom and a hump-free floor. The Camry XLE loses its reclining backseat, but all trims gain a 60/40-split folding backseat. The previous generation’s SE and XLE backseats didn’t fold.

A few areas get the short shrift: cheap rear door panels, a ratty headliner, no more one-touch power windows all around. On the whole, though, cabin quality feels competitive, if short of the Kia Optima and Passat. And the Camry’s practicality — vast storage cubbies, visibility unfettered by a descending roofline or thick window pillars — should draw buyers.

Trunk volume measures 15.4 cubic feet, up from last year’s 15.0 cubic feet (14.5 in some trims) and beating the Accord. If trunk space is high on your list, check out the Hyundai Sonata and Ford Fusion. Both cars top 16 cubic feet.

The Gripe is Grip
The prior generation Toyota Camry was quick: capable with the 178-horsepower four-cylinder, muscular with the 268-hp V-6. That carries over for 2012, along with a 2 mpg improvement for each version in combined city/highway mileage, according to EPA estimates. At 28 mpg with the four-cylinder and 25 mpg with the six, the Camry leads all competitors but the Sonata. Credit Toyota for slimming most versions down more than 100 pounds, tweaking the drivetrain, adding fuel-saving electric power steering and outfitting the Camry with lower-rolling-resistance tires.

I’m sold on four of the five changes. Like most family-car automatics, the Camry’s six-speed stumbles on multi-gear downshifts, but it upshifts smoothly and usually kicks down soon enough. (Toyota has dropped last year’s stick shift.) What’s more, the Camry outsteers its predecessor. I drove 2011 and 2012 Camry LEs back-to-back, and the old car’s comatose steering feedback and highway discomposure have diminished. The 2012 Camry’s wheel still goes numb during quick lane changes — the Accord and Fusion maneuver better — but it feels more confident than it did.

The tires, however, are anything but. The Camry LE sedan has Michelin Energy Saver Green-X all-seasons, whose lower rolling resistance improves gas mileage. Alas, it comes at a high cost. Prod the accelerator, and the front wheels spin away. On sweeping curves, the tires break from the line early, reined in only when the standard electronic stability system calls order. The outgoing Camry employed run-of-the-mill Michelin Energy MXV4s. Where they stuck, the Energy Savers stray. Worst of all, I observed this after hours of moderate driving with temperatures in the 80s. On a blustery winter day, I fear the Energy Savers would fare even worse.

The Toyota Camry XLE and four-cylinder SE wear 17-inch Michelin Primacy MXV4s. They, too, lack much grip. The V-6 SE has 18s and Michelin Primacy MXM4s, which — finally! — play nice. They suit the SE, which improves on its discordant predecessor. The last SE handled too poorly to justify its choppy ride. I drove the two generations back-to-back, and the new one leans more but handles better — sharper balance, graceful drifting, better steering feedback. I only wish Toyota had worked similar magic with the suspension. It doesn’t jar as much through potholes and ruts, but small bumps are felt in a fatiguing, ever-present rhythm. Some competitors — the Suzuki Kizashi in particular — find better ground between ride and handling. The Camry SE has improved, but it’s not there yet.

Run-of-the-mill Toyota Camry trims ride a touch firmer than before, but overall comfort still impresses. So do the brakes. Toyota swapped in slightly larger four-wheel discs for 2012, and the linear response improves on the Camry norm.

Safety, Features & Pricing
As of this writing, the Toyota Camry has yet to be crash-tested. There are 10 standard airbags. As required of all 2012 models, an electronic stability system and antilock brakes are standard. A blind spot warning system is optional on the XLE. Toyota has yet to price the car, but officials told me the popular LE model won’t stray much from its 2011 price — $22,700 with the automatic — and the cost of the SE and XLE “will be substantially lower” than their predecessors. Those trims were around $24,000 and $26,500, respectively, with automatic transmissions.

Camry in the Market
Toyota went for short completions with the new Camry: Eke out another 2 mpg, refine the steering and handling, improve the brakes. Some buyers may wish the carmaker had opted to throw a styling long ball, as Kia and Hyundai did. Toyota could miss out on some new buyers because the redesign looks too mild.

But I’m not sure the Toyota Camry needed a styling overhaul; after all, its predecessor had aged well. The carmaker needs to restore the nameplate’s reputation for bulletproof reliability, which has sunk to merely OK in recent years. The interior is a few flubs short of family-car excellence, and the skateboard tires mar an otherwise refined driving experience. But the sensibilities remain, and on the whole the Toyota Camry has improved significantly. It remains, more than ever, a poster car for your right brain.

2012 Toyota Camry should have recall placed on all

Disappointed with this certain year 2012 Camry 4 cylinder sedan. Due to defective transmission right at 160,000. miles. Yes Toyota is aware of many complaints with same situation however does nothing about this ongoing problem.

Rating breakdown (out of 5):
6 people out of 7 found this review helpful. Did you?
Show full review
3.3

April 2, 2022
By David from Knoxville Tennessee
Owns this car

Bad transmissions at early milage. Toyota won't fix! I will have to replace it just like many others that bought one. I am so mad because Toyota knew this and did not inform its customers

Most Reliable Car I' ve owned

My 5th Toyota (2 Corollas and 3 Camrys) Toyota Quality, Comfortable ride, Plenty of leg room, Other than tires no major expenses and 120,000 miles.. When it wears out time for a 6th Toyota Maybe a RAV4!!

Rating breakdown (out of 5):
13 people out of 13 found this review helpful. Did you?
Show full review
See all 291 consumer reviews 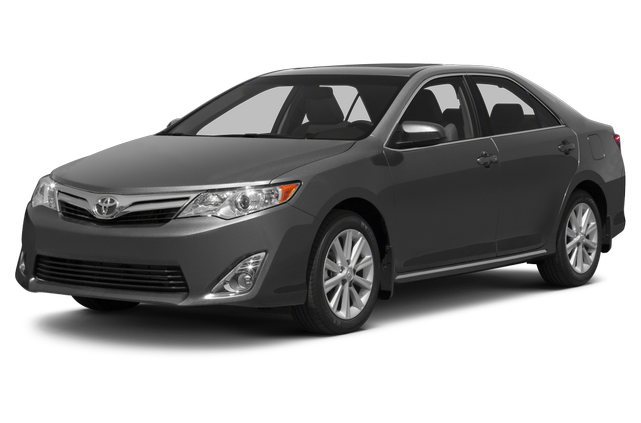 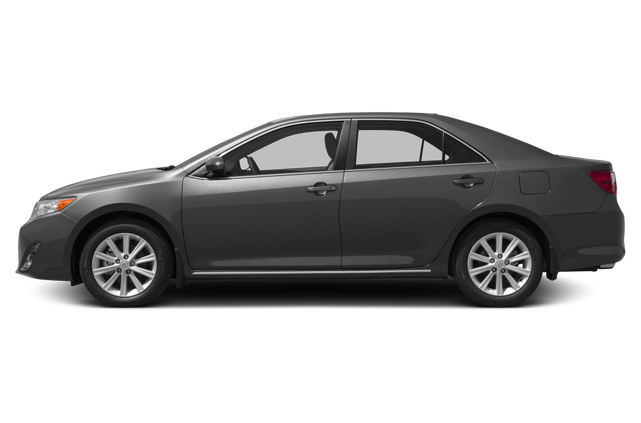 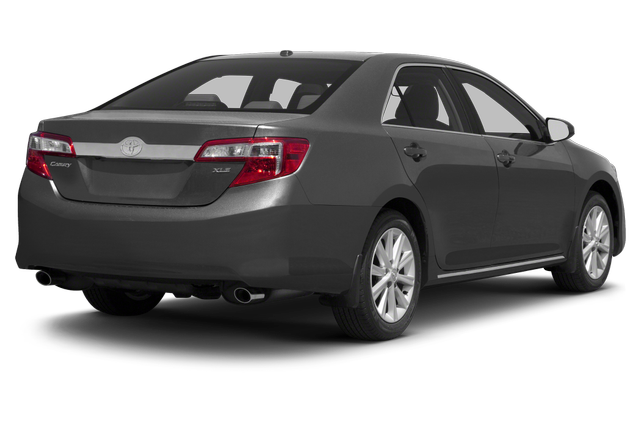 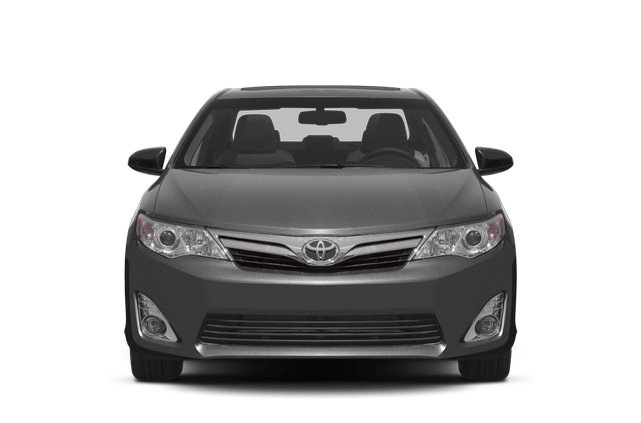 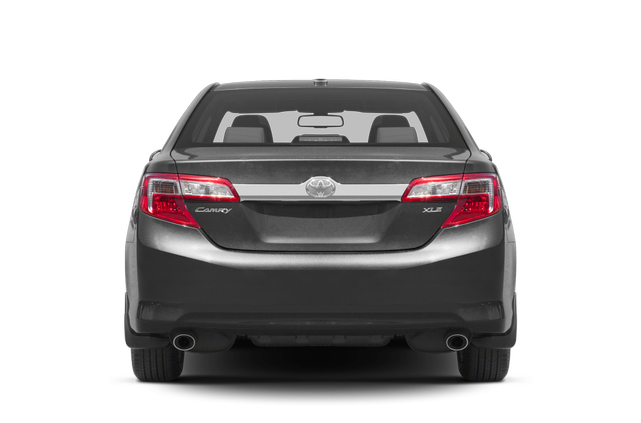 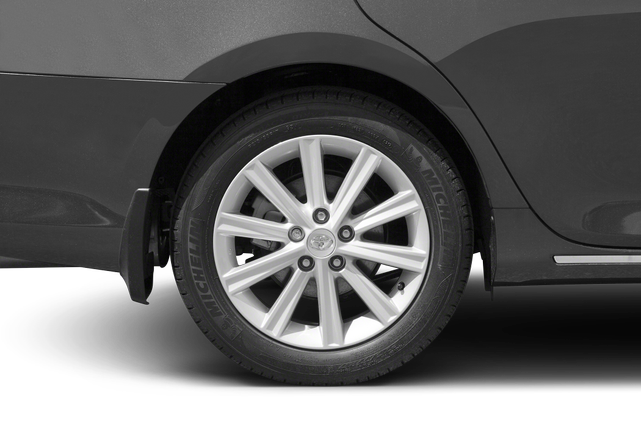 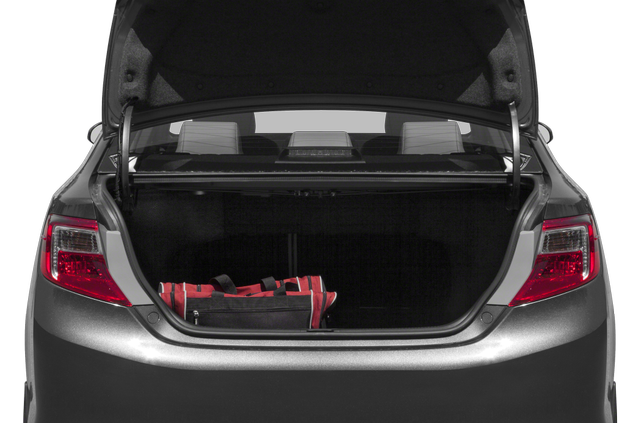 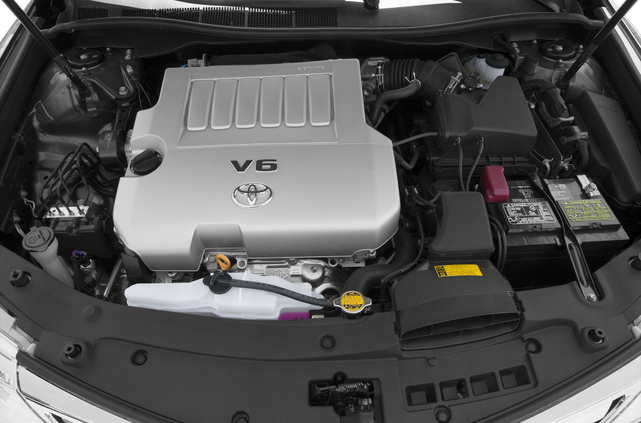 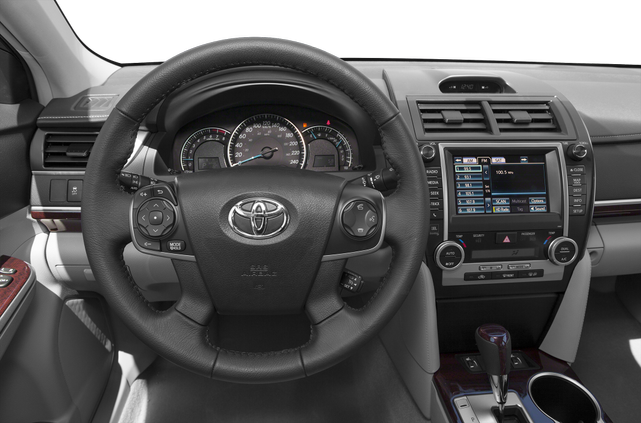 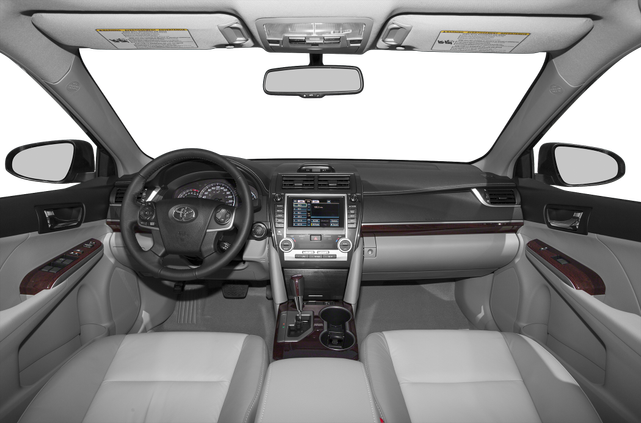 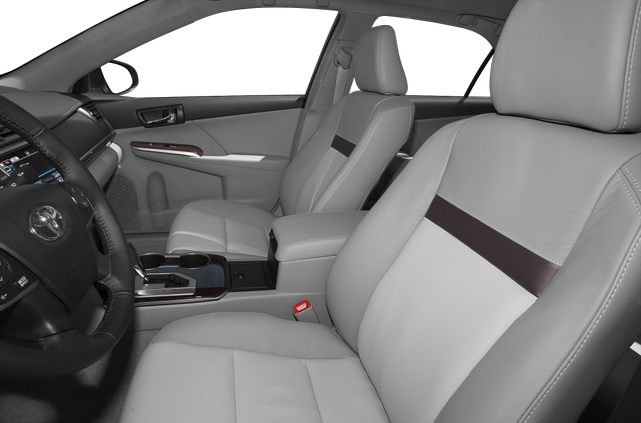 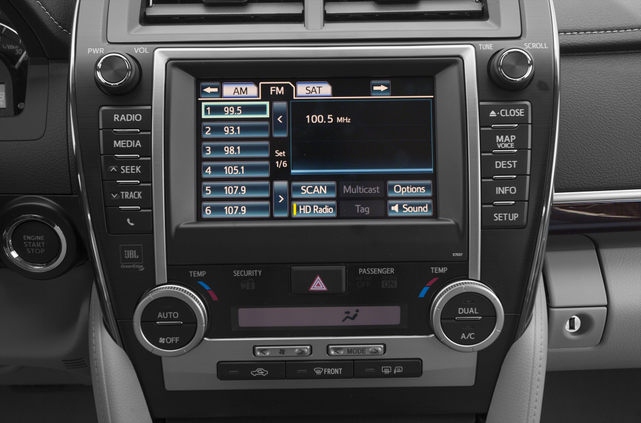 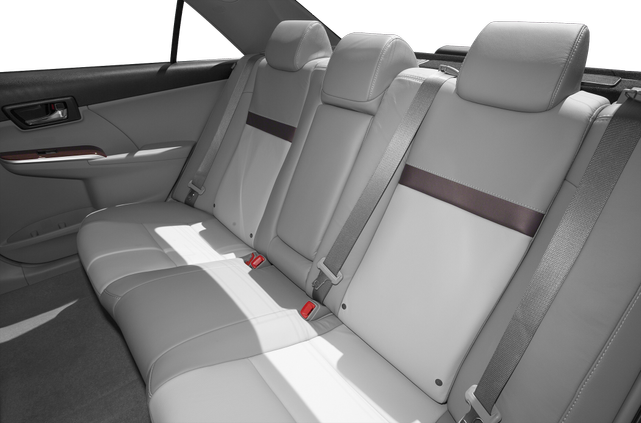 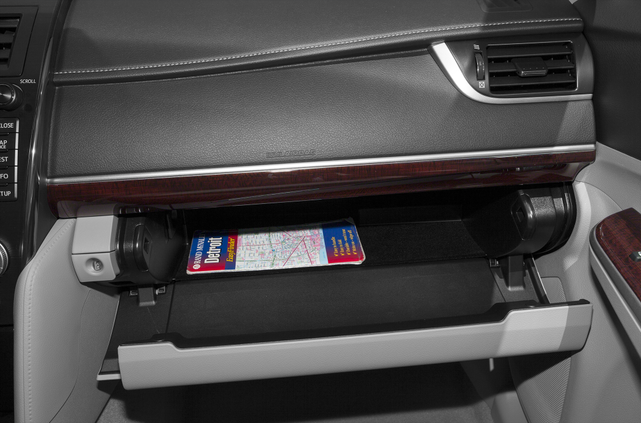 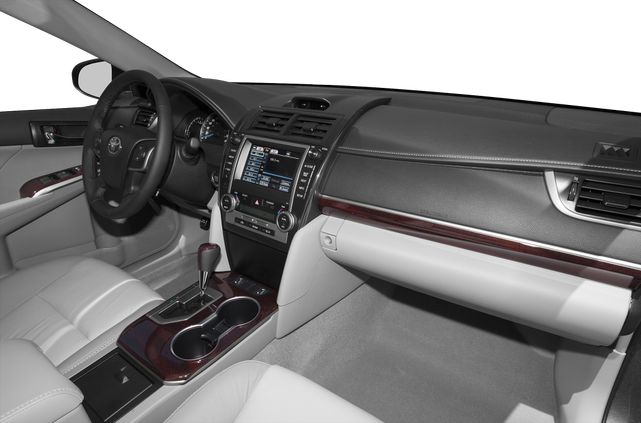 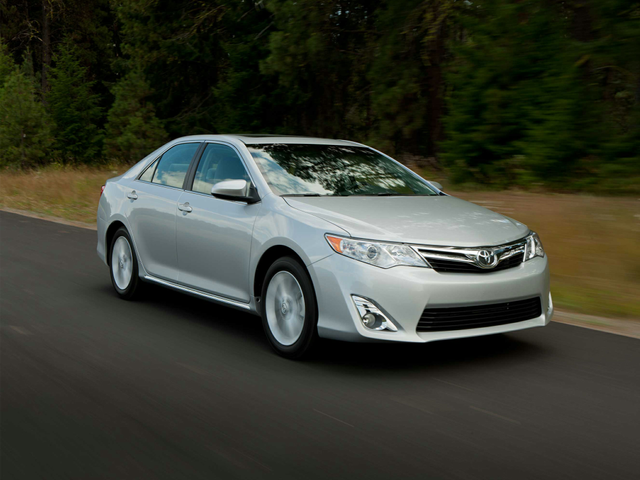 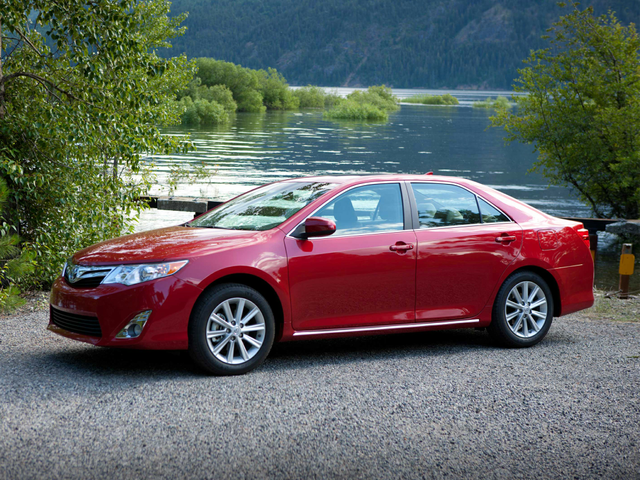 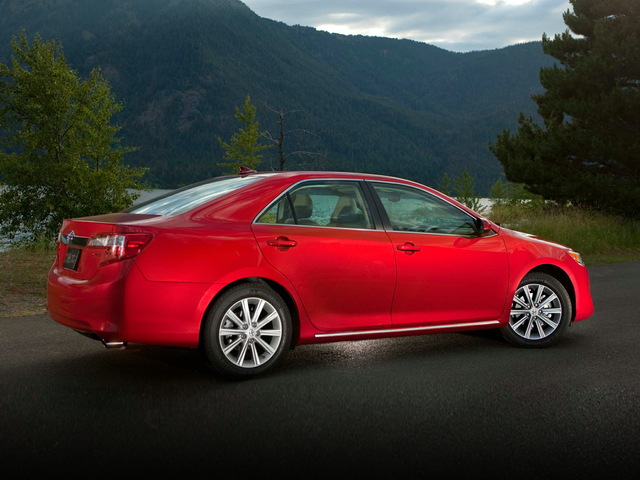 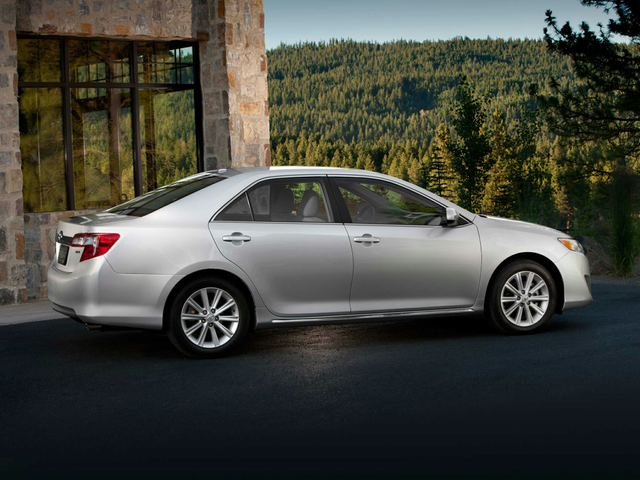 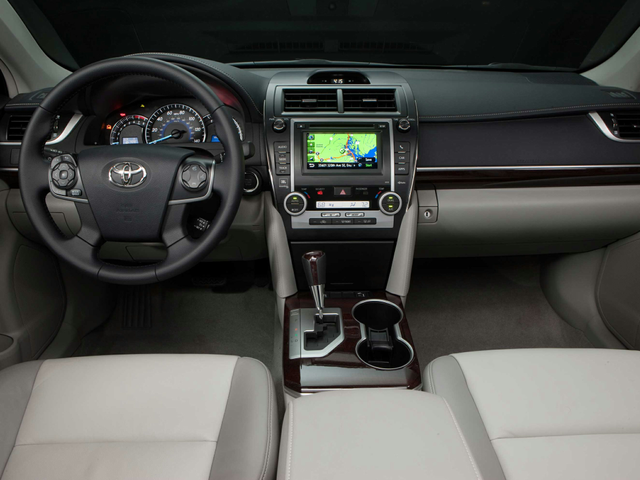 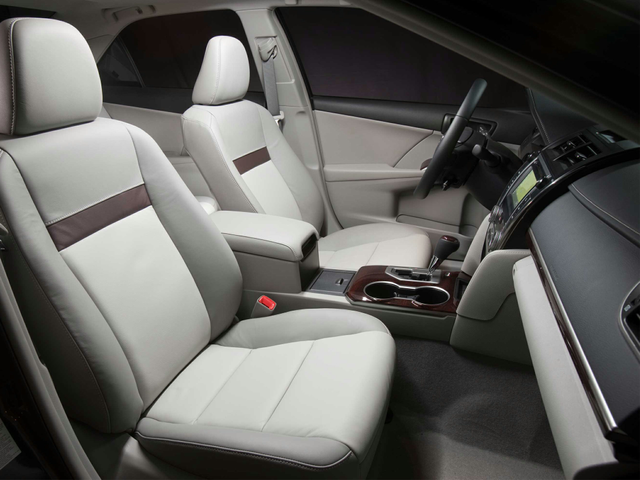 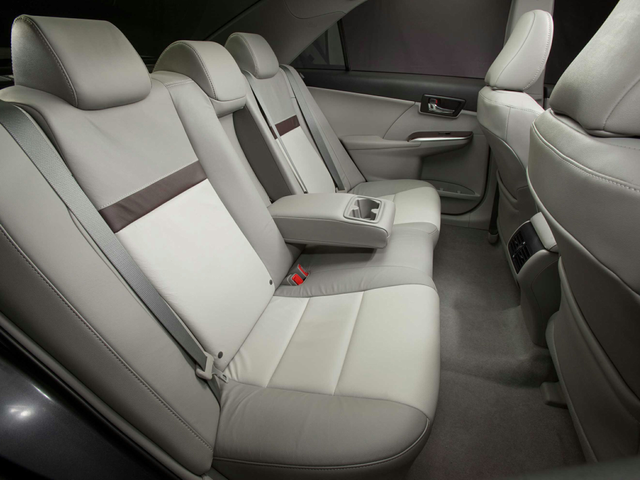