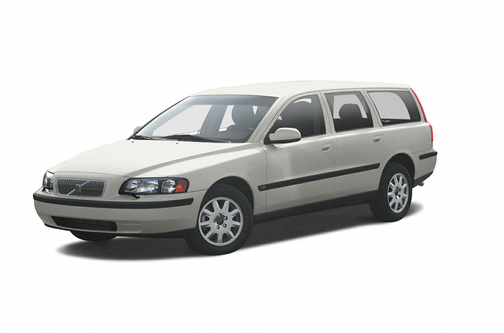 Our 2002 Volvo V70 trim comparison will help you decide.

This is one car that’s guaranteed to cause havoc in a repair shop some day.

However, because it’s a Volvo, that day probably will be many miles down the road.

“I need a turbocharger kit for a 2001 V70 Volvo wagon,” a mechanic will say to the folks at the parts counter.

“The V70 didn’t have a turbocharger that year,” says the parts person.

And, when Mr. or Ms. Parts Person does take a look, the two will scratch their heads, and one will say, “The folks at the factory must have been having a heckuva day when they built this one. We better take the part off and match up the numbers.”

You get used to conversations of that sort – especially the matching of parts – after a lifetime of driving used cars, many with rebuilt and replaced engines and transmissions.

But it wasn’t expected this time.

With colleague Royal Ford on vacation, there was a “2002” Volvo V70 wagon to test in his absence.

At least that’s what the key fob said. On first view, the reaction was, “Gee, they didn’t change this Volvo much from 2001.”

Also unusual was the absence of “the Monroney” – the MSRP window sticker – a copy of which manufacturers generally leave in the glove box. [Aside to astute readers: Now you know how we arrive at the “as tested” price that accompanies most auto reviews – but not this one].

Most often a test car is loaded with all the popular options the manufacturer wants to sell – moonroofs, heated (leather) seats, six-CD changers, roof racks, spoilers and deflectors, alloy wheels, sport suspensions, and the like.

Not this Volvo. This was as basic as you’ll find. Cloth seats (unheated), no CD player, no moonroof or roof rack. In other words, the version of a car that readers say we should test more often.

On the outside this body style is definitely curvaceous, though maintaining its obvious Volvo design bloodlines. A look under the hood revealed no obvious turbocharger and an assumption that this was the new basic Volvo – 2.4 (nonturbo) engine with front-wheel drive.

We soon found out differently. The all-wheel drive clicked in during a lane change (road construction) while crossing the dew-slicked drawbridge on Morrissey Boulevard one morning. The car went squirrely for a mini-second before snapping back to straight-line attention.

That was a familiar all-wheel driving sensation. It was just the way a Volvo Cross Country AWD wagon had performed in a day of testing over ice and snow last winter. That Cross Country performed so well the New England Motor Press Association named it best all-weather wagon over $30,000. The difference: This one didn’t have the raised suspension and “heavyweight” feel of the Cross Country – just the rest of the get-the-job-done goodies.

It was time to play reporter and find out just what we had here.

A c all to Volvo in New Jersey put us in touch with Dan Johnston, product communications manager.

“Like that car, do you?” he said. “It’s a hybrid. It’s a 2001 body, but it’s a 2002 drivetrain with the low-turbocharged 2.4-liter engine and the same all-wheel-drive system that’s been in the Cross Country. You really should find some loose dirt to test it on.”

“It’s similar to one of those ‘Spy Shot’ cars you’ll see in the auto magazines,” said Johnston. “It gives us a chance to put some preproduction vehicles on the road and catch any bugs that might crop up. It also gives us a chance to get a vehicle with the new drivetrain into the press fleet.”

So what happens to these cars after they’re tested?

“Generally, we either destroy them or send them back to Sweden,” said Johnston. “The manufacturers have to provide a series of vehicle identification numbers that meet US emissions, and this one won’t fall n that series.”

Many such cars have inished their lives being crashed filming commercials to illustrate air bag deployment.

“It kind of breaks your heart to see the cars we’ve sent to the crusher,” said Johnston.

This wagon deserves a better fate.

Hybrid or not, it performed admirably. It hauled a half-dozen bags of clothes and assorted fall “cleanup stuff” off to the Salvation Army depot and more stuff to the recycling center. With the rear seats down, there was room inside for a Christmas tree (even if the top protruded between the front seats).

It’s not a car you’d drive on the track, but there’s plenty of zip for passing and merging onto highways, the two most usable power functions in my driving estimation. A third: There were no annoying downshifts on steep grades.

Still, it’s more than the Volvo nameplate that makes you feel safe; it’s the way the car responds in an emergency.

A carload of kids had stopped in the left lane ahead of us with their left blinker on. Just as we started to pass in the right lane, they suddenly turned right instead, darting across in front of us. This was a real-life braking test: Pass or fail. The brakes proved themselves admirably. The V70 stopped smoothly.

If it hadn’t, the legendary Volvo safety measures would have kicked in. Standard are front air bags, a side impact protection system (SIPS) with side air bags and inflatable head curtain. There’s a whiplash protection seating system, seat belt pretensioning system, and Volvo’s safety cage construction (It’s even more rigid in the true 2002 model). Volvo uses a formula that shows an unbuckled 60-pound youngster who becomes a projectile in an accident can pack the impact of a young elephant. We’ll trust them on that one.

Our manual-adjustment seat could have used one additional click for driver-side legroom, and the whiplash protection seats create some novel seat adjustment controls that take some fiddling to get in the right position.

A 21.1-gallon gas tank and fuel economy rated between 21 and 27 miles per gallon give a cruising range of nearly 500 miles, great for taking a full load of student stuff back to school.

All in all, it was sad to think that this car wasn’t going to be resold and get the chance to confuse some future mechanic.

September 14, 2020
By Sara from Kansas City
Owns this car

I bought this or my college son. Best value & reliability for the $. I’ve had just about every make out there & trust Volvo above all.

February 7, 2020
By Frankiefresh from Shelburne Falls
Owns this car

Reliable and great in the snow

Comfortable to drive, reliable, and plenty of cargo space. Awd makes this car great in the snow. Over 200k miles and still going strong! Would buy again. 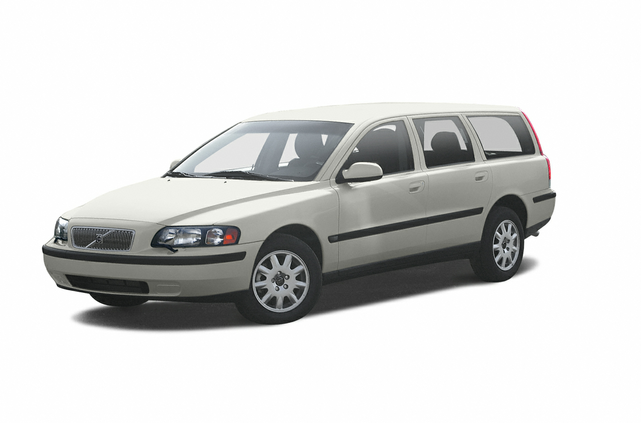 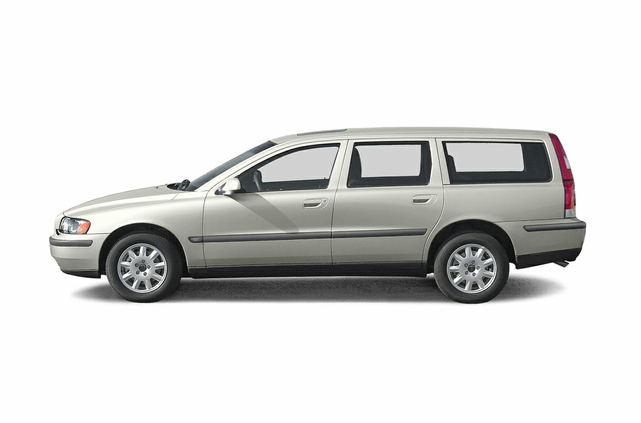 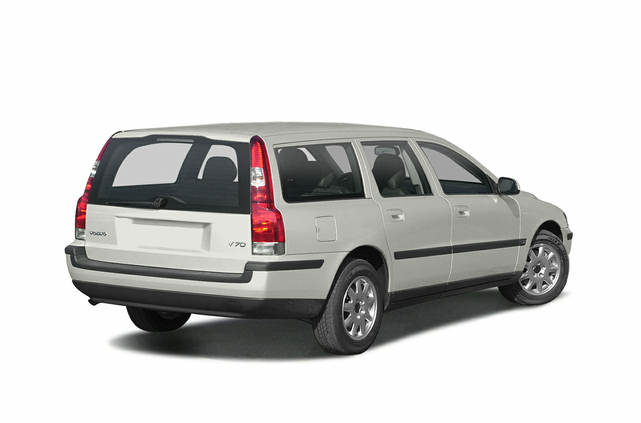 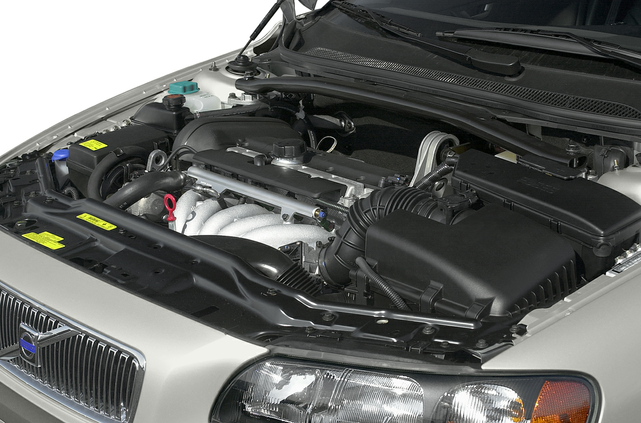 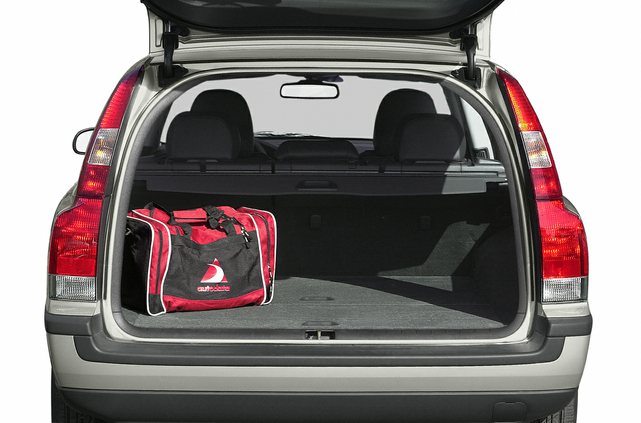 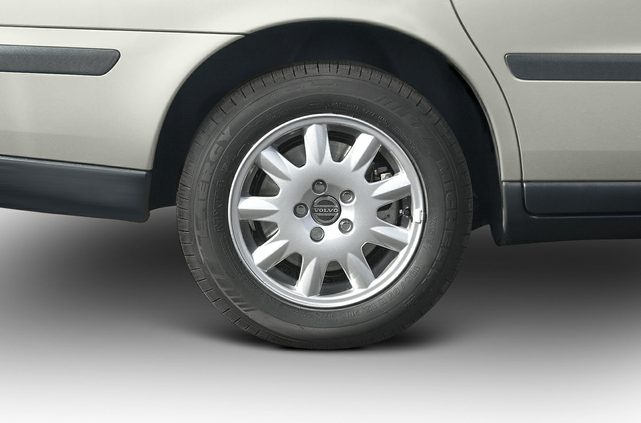 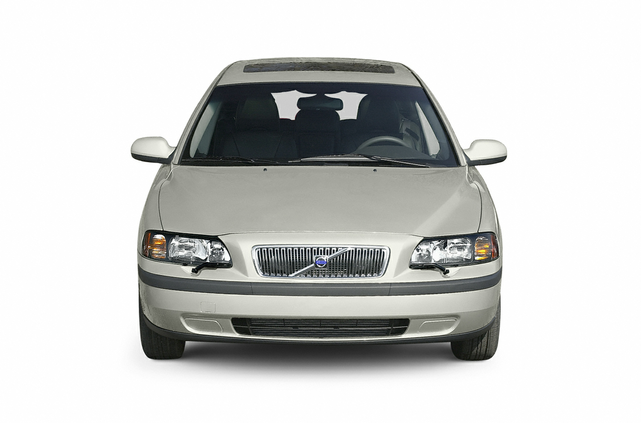 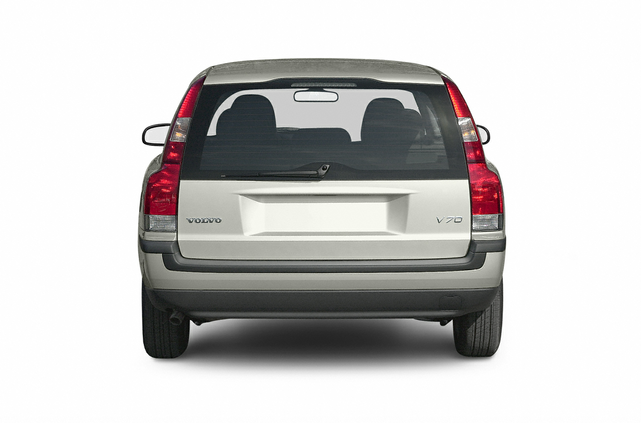 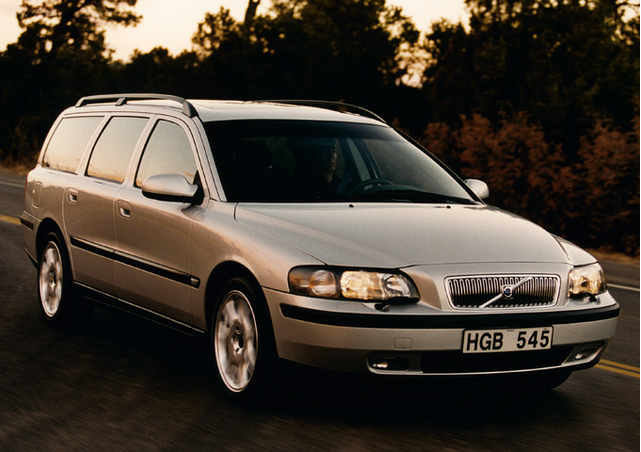 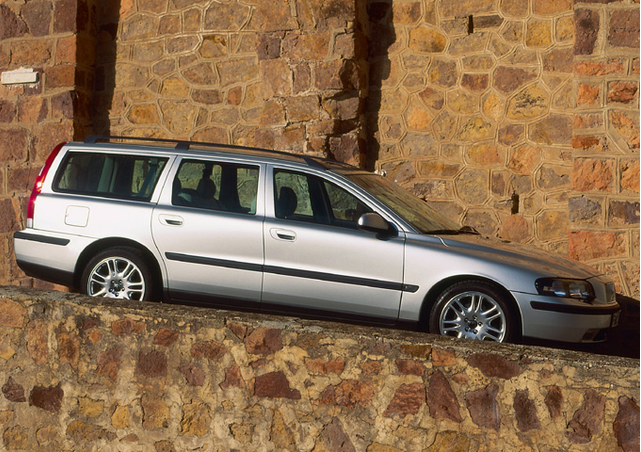 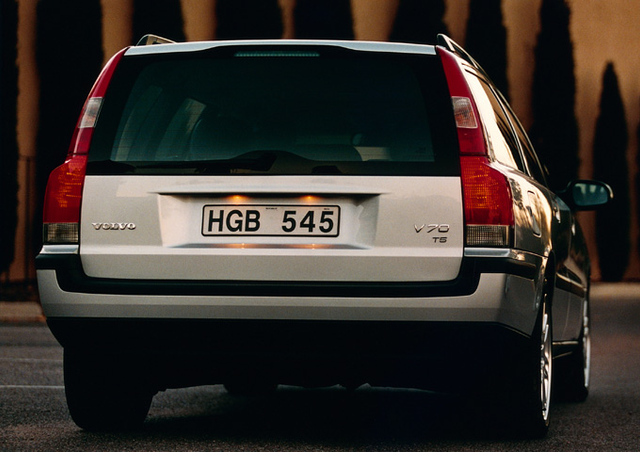 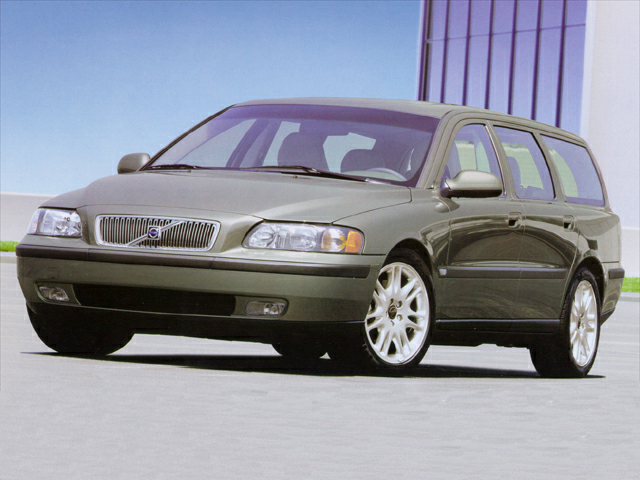 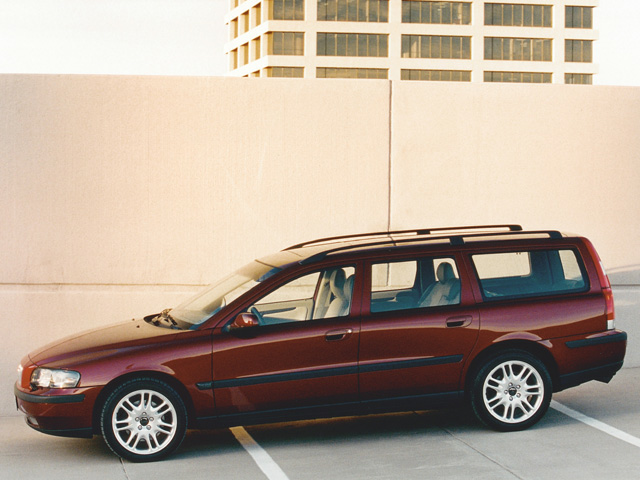 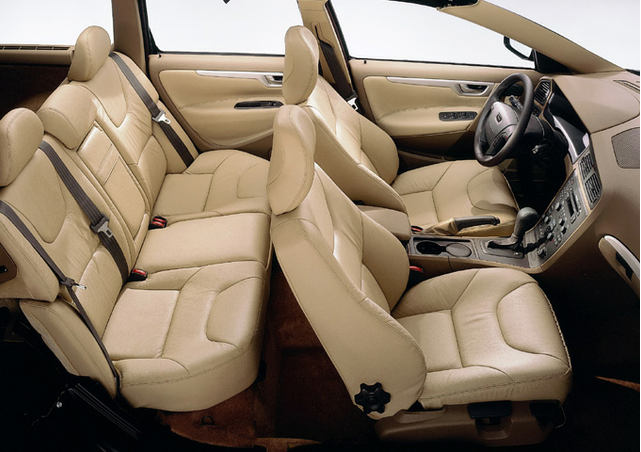 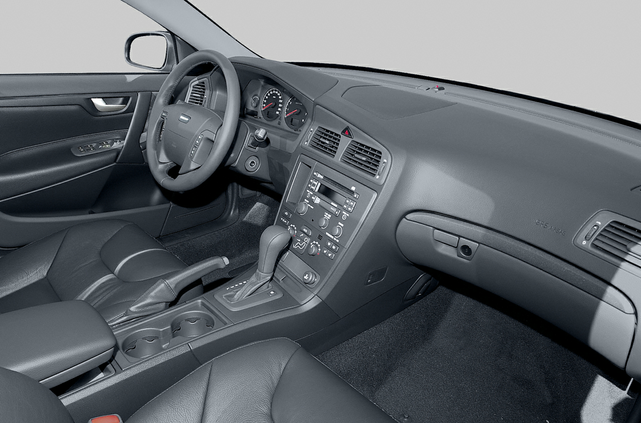 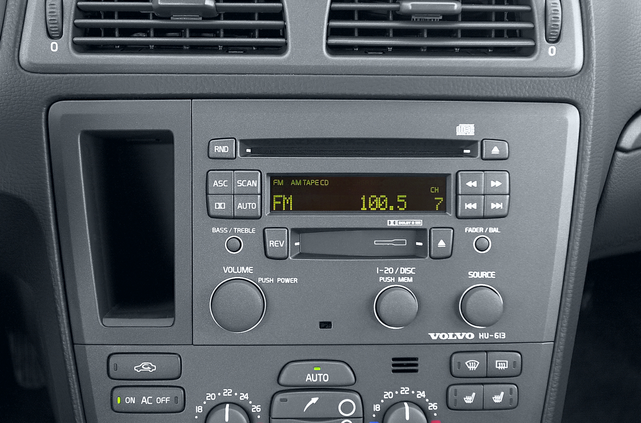 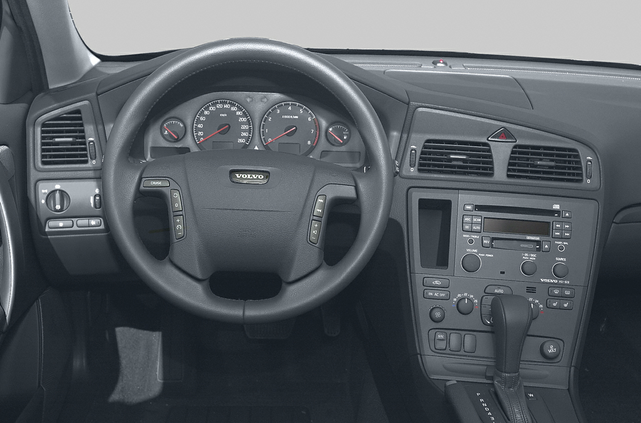 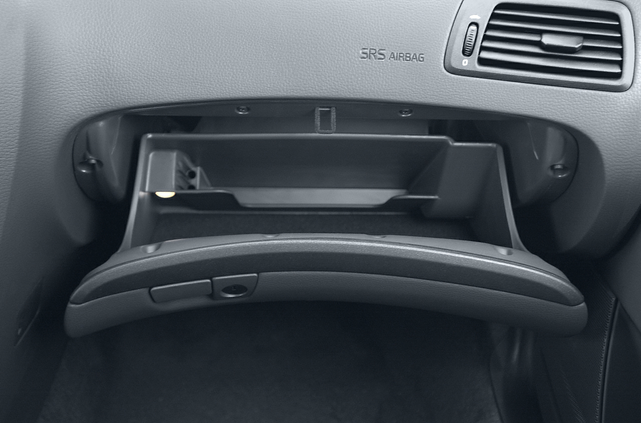 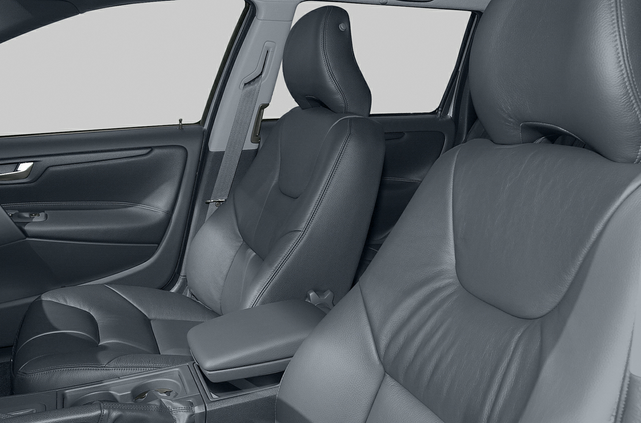 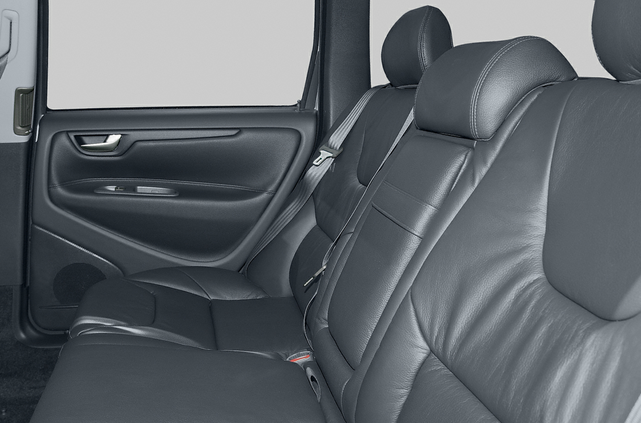 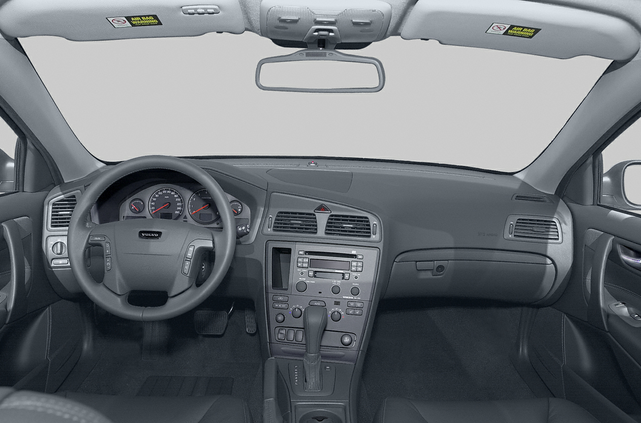