See all 8 vehicles from this dealership.

This seller has been on Cars.com since August 2022.
You've arrived at Cherry Hill Imports! Take a peek inside and you'll see why for the past 9 years we are South Jersey's LEADING VW Audi and Porsche Dealer. We take pride in maintaining a large selection of many VW Audi and Porsche models as well as other import vehicles. We're a family-owned business since 1978 employing over 250 of your friends and neighbors. So we do much more for the community than sell automobiles. We live here. Our kids go to school here. We work here. We believe in providing a "truly exceptional" type of sales and service experience and we will do what it takes to achieve your satisfaction!
We put dreams in driveways! 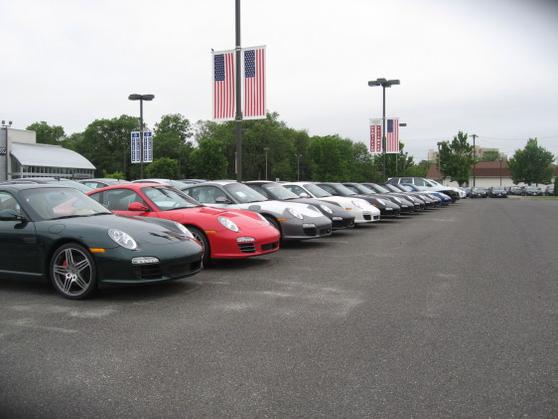 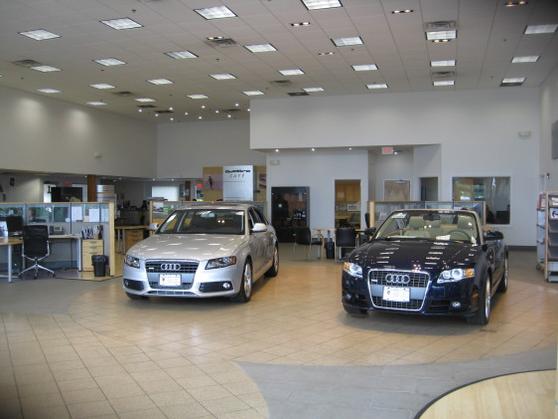 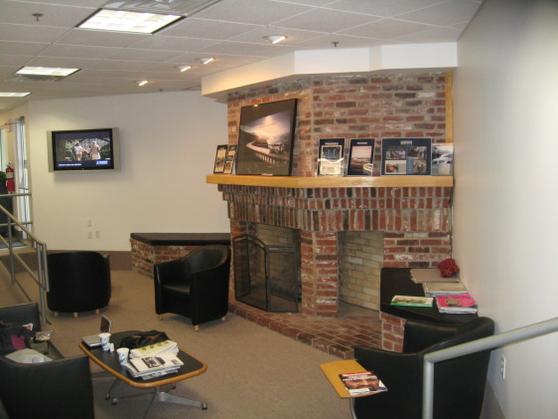 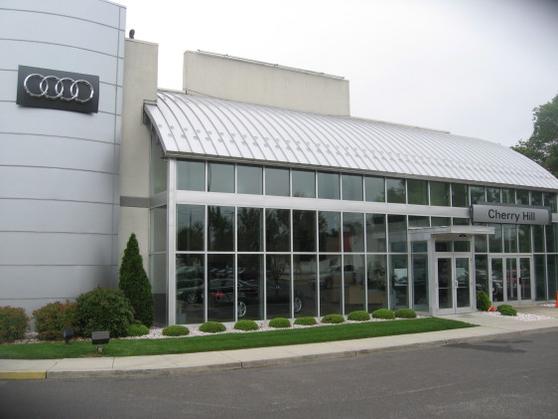 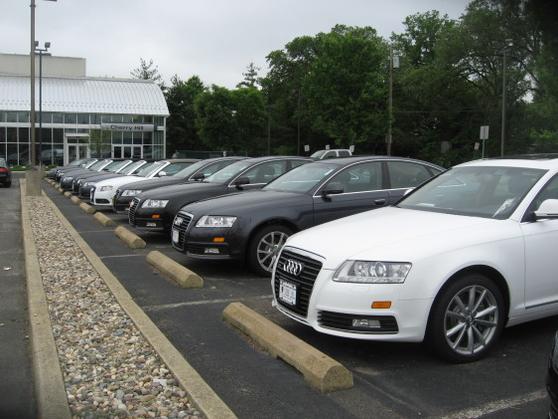 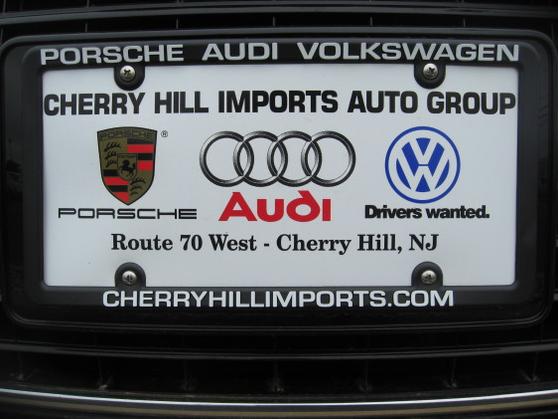 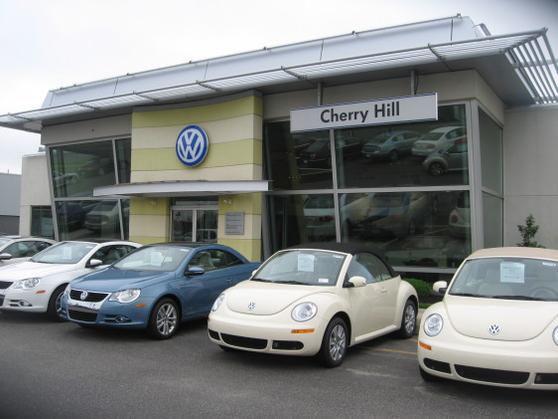 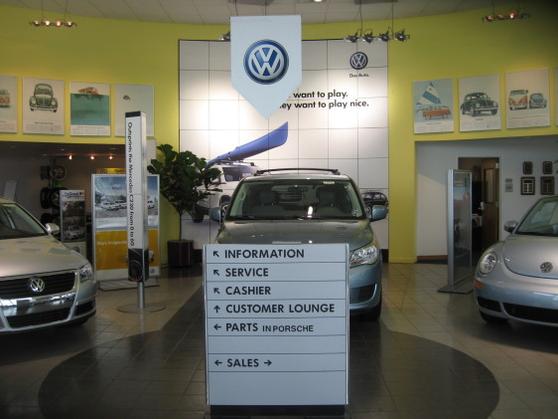 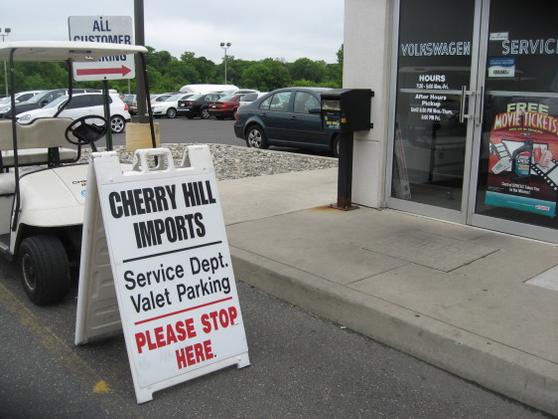 A dealership's rating is based on all of their reviews, with more weight given to recent reviews. Includes reviews of Cherry Hill Imports from DealerRater.

My wife and I were looking for a car to replace our full sized SUV. The kids are all grown, we didnt need something that big. We had narrowed our search to a few midsized SUV's. We were looking for a preowned vehicle. We saw a 2018 Lexus GX460 for sale at Cherry Hill Imports. I contacted the dealer through their website and was immediately contacted by Ismail. I set up a time for a test drive. When I arrived, Ismail greeted me and had the car ready. Having seen the car now, my wife wanted to see it. We set up another appointment. Again greeted by Ismail with the car ready. We drove it and decided to take a day to make our decision. We had some issues at home and had to post pone our car decision. Ismail kept in contact with us, he was very considerate and understood our issue. Once we were back on track to search for a car, I contacted Ismail. He told me the car we drove was still available. We went for one last test drive and bought the car. We keep our cars for 10+ years and take our purchase very seriously. Ismail was extemely helpful in our decision, answered our questions and when he couldnt, he reach out to his connections in the business to find the answer. We couldnt be more happy with our car purchase, with Cherry Hill Imports and expecially with Ismail.

I was recommended to Jared by my neighbor who just...

I was recommended to Jared by my neighbor who just purchased a VW Taos. I had just been in an accident which had totaled my SUV of 13 years. I lucked into a rental of a Tiguan. And was questioning my neighbor about her choice of the VW. She raved about it and I was enjoying my experience with the Tiguan. She recommended Jared to me and couldn't have done me a better favor in my life. My car was totaled on Tuesday and I was in a new car with Jared by Saturday! It was an absolute pleasure dealing with him and the whole VW team. It was overall thoroughly pleasurable experience I would highly recommend Jared and the call VW dealership in Cherry Hill! I thank them very much &#128077;

A letter to Cherry Hill Porsche:I am writing to express...

A letter to Cherry Hill Porsche: I am writing to express my disbelief and disappointment about the decision that was made about my relationship with CHPA. I was told that “You are number one on the list of Targa GTS clients, however the GTS will be priced at $20K over MSRP”. I can understand the addition of an ADM in this climate of uncertainty where now every 911 is a GT3 to some clients, but not to a legacy client like me. I have been supporting and have enjoyed a solid personal and purchase history with the family for many years. Informing me about a $20K ADM fee over MSRP 4 months after the demand letter was executed is wrong. Had I known 4 months ago I would have approached other dealers. This resulted in missed opportunities which are not available now when timing is so critical to the allocation process. My first purchase from Flemington Porsche where I'm number 1 on their list for a 911 Targa GTS... MSRP and NO $20K ADM fee.

Chris Szary was outstanding! Professional, knowledgeable, helpful and pleasant! After dealing with a few different dealerships in the past week…Chris stood out as being someone who was straight up about the car I showed interest in and in coming to an agreement about the numbers. Would definitely go back to Chris for another VW!

Bob Gale and Kathleen D. at VW were absolutely awesome!...

Bob Gale and Kathleen D. at VW were absolutely awesome! Our bad experiences from dealers past have been negated by their professionalism. We not only bought one vehicle this month from them, but we also came back to purchase another. Both sales were high quality!

After some horrific experiences from car dealerships over the years, we found a new home with Bob Gale at VW. Both Bob and Kathleen D. in the business office are absolutely awesome. In one month, we bought not one, but two vehicles from them. We highly recommend this group!

Rating breakdown (out of 5):
Worked with:
0 people out of 0 found this review helpful. Did you?
Show full review
1.0

Worst customer service I've dealt with in the last 15...

Worst customer service I've dealt with in the last 15 years of me purchasing vehicles at any dealer. They either don't anser calls or tell you they will check on it and never return the call. Somehow no matter what time of day or what day of the week you call they do not have a manager available. I litteraly ended up asking the receptionist for a manager or supervisor in any depatrment and of the 8 different people I was told I would be transfered to not a single one answered the phone. They are only attentive in the begining with attempting to make the sale but after that you don't exist anymore and don't warrent their time or asistance. I Would not recommend doing business here unless it's a new vehicle with a warrenty that would allow you to not have to return to them at all for anything whatsoever.

I give them a two at best. There is a reason this place...

April 1, 2021
By greenwrangler on DealerRater

I give them a two at best. There is a reason this place hasn’t received a higher rating for their Service and Repair department since 2018. The people staffed as service advisors offer no advice, to me anyway. They are prompt to quote policy. I walked in, stated my business, which was to obtain an oil change, and was told the next advisor would help me. When I got to the guy’s station, he tore off a piece of. scrap paper and gave me the number to call to schedule an oil change. So I am physically standing there but these guys don’t make appointments I guess. I called the number when I got home, and scheduled the appointment with Diane for first thing the next morning. I can only assume they gave me an oil change, there’s no way to check. I drove my car less than 1,000 miles in 14 months, so it’s not dark or used looking on the dip stick. That is where I am at with the trust level here. I’ve been taking my VW there since I bought it there 6 years ago with one exception when I tried another VW place. My oil change cost me $151.42. They told me this when I dropped off, but since it’s been over a year and less than 1,000 miles since the last oil change how was I supposed to remember how much an oil change is? I thought it was high, but what am I going to say? “No, too expensive” after I already have the appointment? There was no question on whether I was using a coupon, or some sort of discount. Probably because there isn’t a coupon or discount. They charged $64.94 for labor. The oil change “parts” were $77.07, the remaining was tax. I hope to sell my VW before ever having to go to this place again. I don’t think I’ve really ever had a good relationship with any of the advisors there. They always appear to do the basic. They aren’t rude, just indifferent. I received an email that my car was ready for pick up, the service is done and to text them 45 minutes before you pick up your car. No telephone number to text back to, so I tried what I found on the correspondence, but received nothing back. I then called and left a voicemail for the advisor, but I didn’t get a call back. When I get there to pick my car up Kevin tells me the cashier is in the next building at Porsche. He couldn’t tell me that when I dropped off? They seem to know everything but will only share a tidbit at a time, making you feel uncomfortable for not being familiar with how it works. (Earlier this year, I was scheduled for an oil change on a Saturday by one of their brilliant people answering the phones at the 800#. When I arrived, I found out they aren’t even open on Saturdays for service.) Maybe it isn’t their intention to make you feel stupid but that is how it comes off. I’m well for “supporting” the larger “Cherry Hill Imports (VW) family” except after the repeated customer service defects over the years I don’t think they are deserving of my money. I love my car, but I can’t stand getting it serviced here or at Turnersville, which is quite far from me. I don’t mind paying a premium price for a service, but there has to be some value there or some customer satisfaction component overall and there just isn’t. The best thing that happened was that the guy with the electronic clipboard who initially greeted me and got me in line for the advisor was real nice, explained there was a guy in front of me and that he would be with me momentarily, right after he got the customer ahead of me going. which he did. Unfortunately, I didn’t catch his name. Who would guess that would be the best thing to happen? Thank goodness their bonuses aren’t tied to customer satisfaction or trust levels!

Very professional, engaging, knowledgeable. We highly recommend the dealership. It was a great experience working with all of the staff. No pressure and extremely professional.

Very poor customer service. No attention to detail and...

January 8, 2021
By raghuakella17 on DealerRater

Very poor customer service. No attention to detail and expensive labor prices. None of the services mentioned in bill were actually addressed. Never picks up customer calls and not even bothered to call back. Terrible service.

Rating breakdown (out of 5):
0 people out of 0 found this review helpful.
Show full review
See all 283 reviews