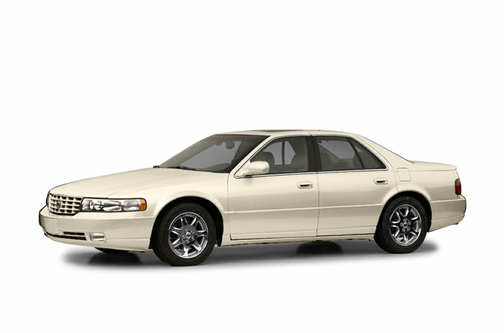 Our 2002 Cadillac Seville trim comparison will help you decide.

As a former Top 40 disc jockey as well as a classically trained pianist, music is as much a part of my test drives as the actual driving.

So it goes without saying that my interest in testing out a 2002 Cadillac Seville with a new XM Satellite Radio was intense.

XM was named Fortune magazine’s “Product of the Year” for 2001. Time named it “Invention of the Year.” Popular Science dubbed it the “Best of What’s New.”

Is the hype justified?

To a true music pig like myself, having 100 channels to choose from was nirvana (the feeling not the group.) After all, leaving the house without any CDs or tapes can be a frustrating experience. With most commercial-drenched radio stations playing some bland, boring derivation of rock, there’s little to truly choose from among broadcast stations. Their playlists are strangled by consultants, who play the same stagnant music over and over. Pleasure isn’t the key here, profits are.

You don’t have to buy a Cadillac to get the service. Several audio manufacturers sell aftermarket XM receivers for about $300, about the cost of the XM option on the Cadillac. Once activated, you pay $9.99 a month.

If you’re wondering why you should pay for radio, take a look at what you get: 100 channels, about two-thirds of which are commercial-free. Once you find what you like, you can preset the car radio buttons and drive across the country. The stations stay with you coast-to-coast, beamed from XM’s satellite as well as earth- based repeaters. The signal is digital and the sound beats even your best CD.

There is no local content, so you must tune to one of the monotonous local stations for weather and traffic. But that’s it. Otherwise, XM has you covered.

There are six stations covering an individual decade of music, from the ’40s through the ’90s. Six stations broadcast country, 15 broadcast Top 40 hits, 10 play rock, 7 broadcast urban music, 6 play jazz, 4 are dedicated to dance, 5 play Latin and 6 offer world music. Long-ignored classical music lovers will note the presence of four classical stations, including one “hits” station and another just for opera. There are two children’s stations, Radio Disney and XM Kids. Twelve news stations vie for your attention, including CNN, The Weather Channel, CNBC, CNNfn, Bloomberg, C-Span and Fox News. There are five sports channels (including CNN SI, ESPN and NASCAR Radio) as well as three comedy channels. Finally, there is Variety, with 9 channels of varied material (E!, Family Talk, Discovery Radio and so on.)

Despite the mind-boggling array, I quickly settled on a few favorites.

XM Pops played my favorite classical pieces; The Groove played old-school R &amp; B; Laugh USA had me in stitches.

But three channels quickly became my favorites: Fred, which played a distinctive blend of alternative rock (“Instanbul” by T he Might Be Giants, “Lust For Life” by Iggy Pop, followed by “So In Love” by OMD) that broadcast radio could never stoop to play.

Frank’s Place celebrated not just Frank Sinatra, but the classic American songbook, with stars such as Nat King Cole, Tony Bennet and Dinah Washington singing with class and sophistication, lacking in most modern music.

What’s so nice about this digital dollop of entertainment is that each song is listed on the radio’s dial with title and artist. What’s not so nice is that some of the programming that comes out of XM’s 82 studios contain the same obnoxious patter as broadcast radio. And there’s no PBS station, although BBC World Service is a de ent substitute.

And it all comes in crystal-clear. Occasionally, the station will drop for a few seconds. It’s like hearing a CD skip. In driving all over the Lehigh Valley, two places were problem spots. Otherwise, it was fine, even driving under overpasses and through hilly mountain roads.

XM is a Cadillac exclusive for 2002, but it will become available on more than 20 GM models for 2003, from Chevrolet Cavalier to Cadillac

For those of you who thought something was missing from radio, it is. True choice. And that is well worth $9.99 a month.

And the Cadillac Seville? Nice car.

I love mine. Just very expensive parts for Original ones which is what you want to buy for 95% of them. Trust me 3rd party don't last and you'll end up paying more if there warranty runs out as you'll have to buy another one. Be prepared to replace motor mounts and there not easy to DYI. Sunroof issues with tracking, and If your trunks leak most of the time its from the latch and not the weather stripping around trunk. Have someone hose it and peek through back seat access. I wouldn't sell this car for 20,000 now and I only paid 3500 from an elderly lady that was a family friend. I got a steal of a deal. Had offers of 7k the next day cash. She was clean no burn holes no rips all black leather and was in excellent condition. If you get a chance to drive one make sure you open it up some.. Actually recommend to get on the highway and give her xxxx. They tend to eat up some oil on some and don't ask me how but this actually works. Get the RPM's up. Only replaced alternator, (tension pulley while easy access) radiator, Front Struts and Rear Shocks. Expensive ($600 a piece front) and won't find Originals. Use Monroe for a great alternative. I ended up running my own air lines/eliminating compressor. Just use regular air pump to adjust . Shouldn't need to do it often unless your loading it to max. Trans was replaced in 15 so I hope it last few more years for me yet. I'll be keeping this car till it rust to the grave or if somehow it gets totaled. I just flipped to 140k. If this car was on sale today I'd still buy it for 3500 in a heartbeat.

Most comfortable car I've ever owned

September 30, 2019
By Patfan from Monroe,ct
Used to own this car

Never had a major problem, just simple maintenance. Very comfortable for long rides or vacation. I enjoy a car that comes with all the extra equipment as long as its dependable (this was) 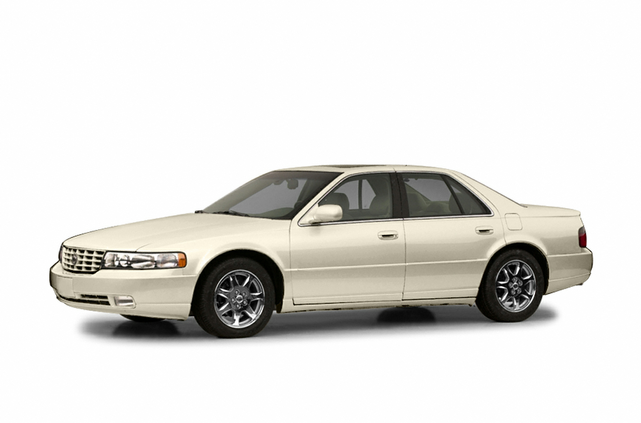 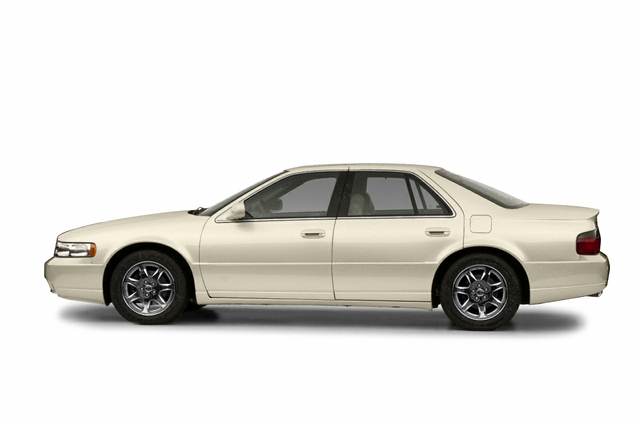 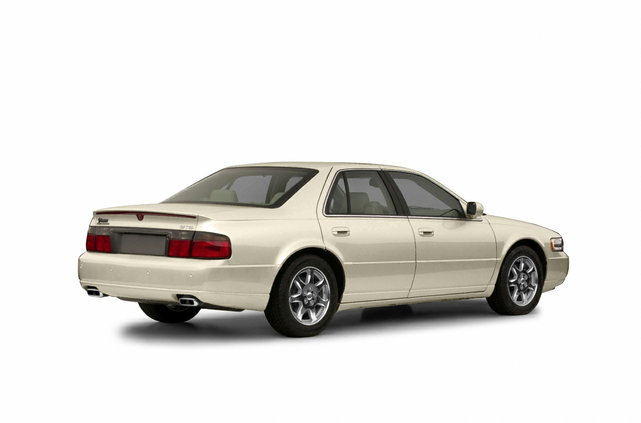 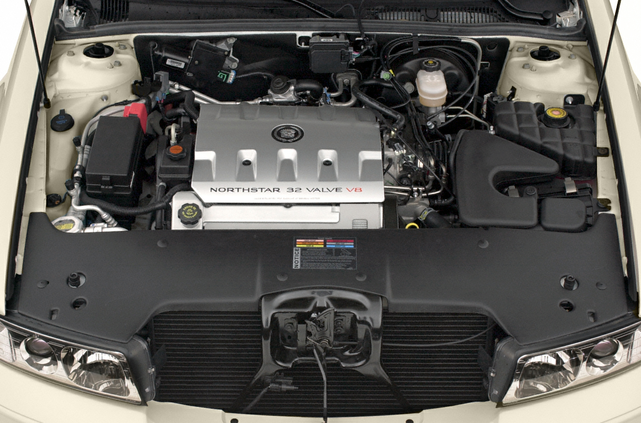 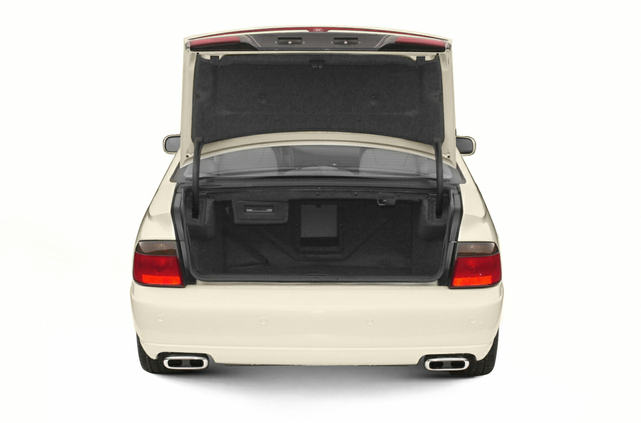 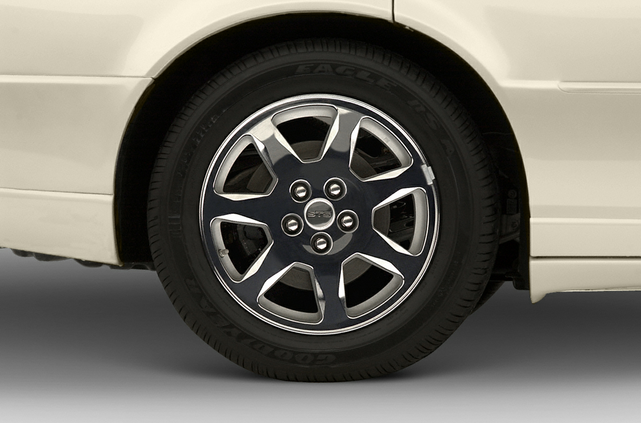 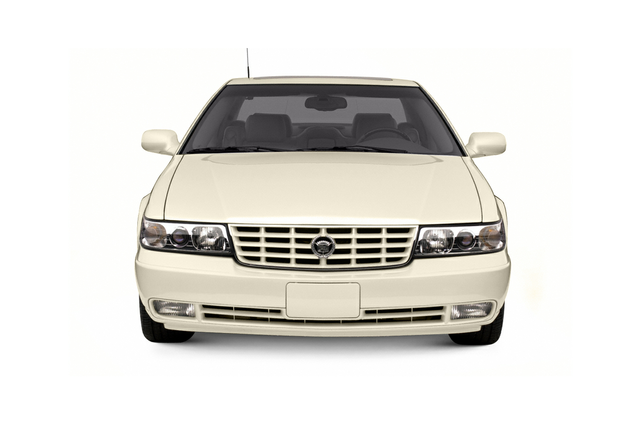 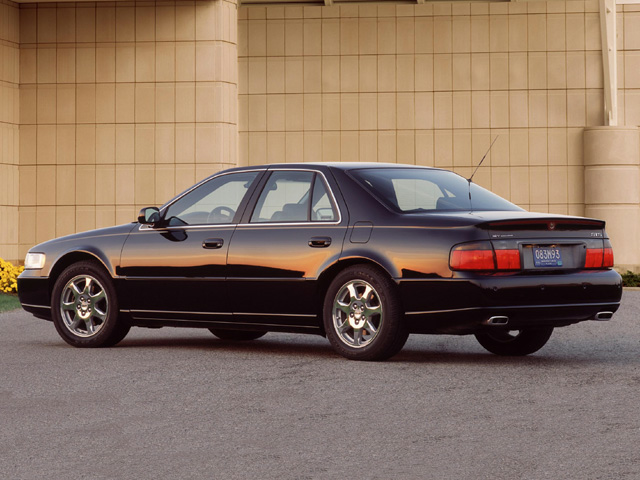 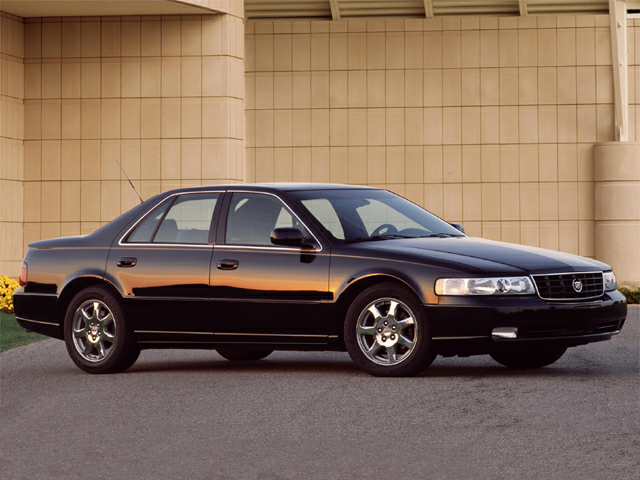 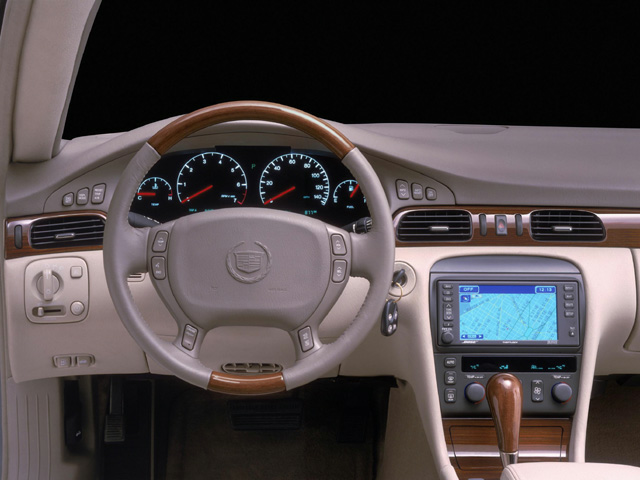 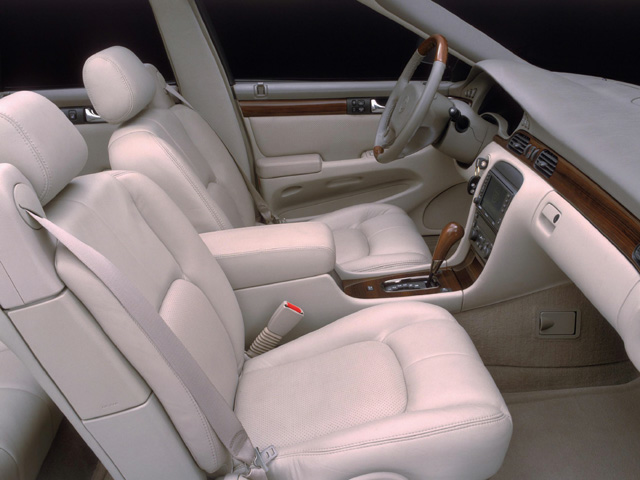 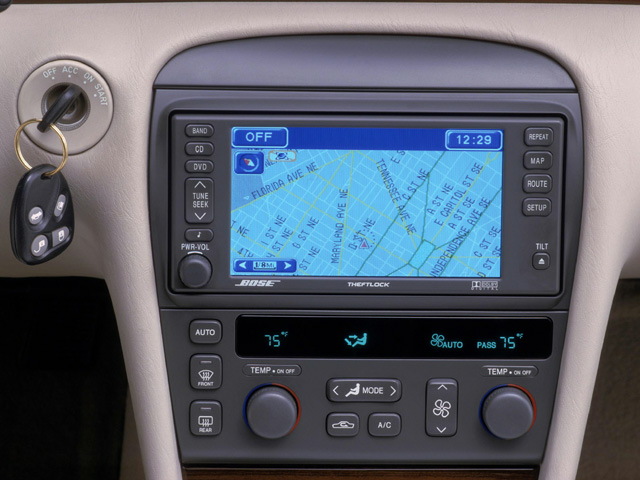 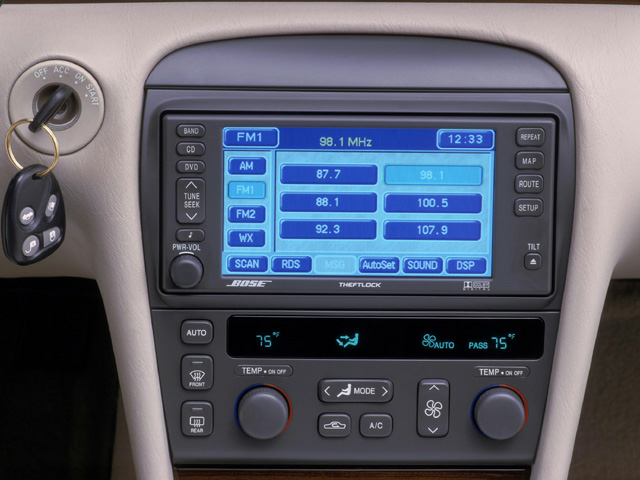 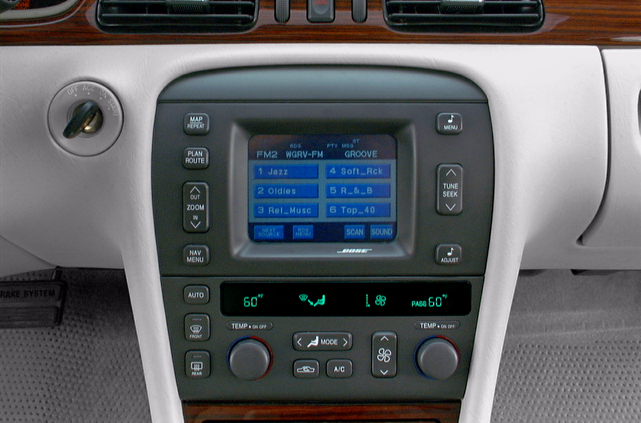 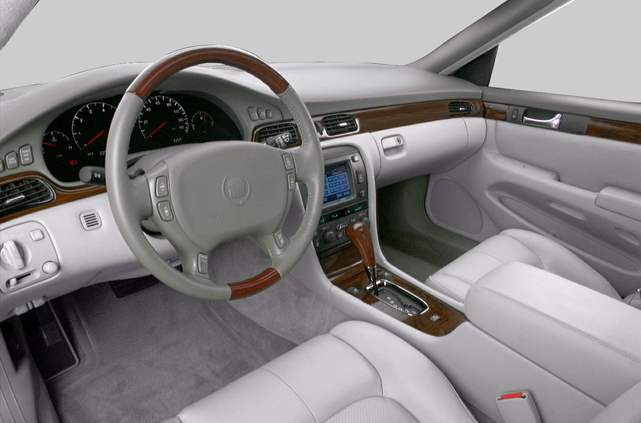 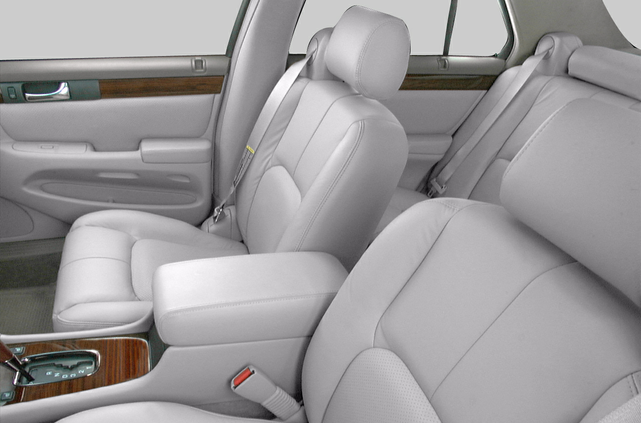 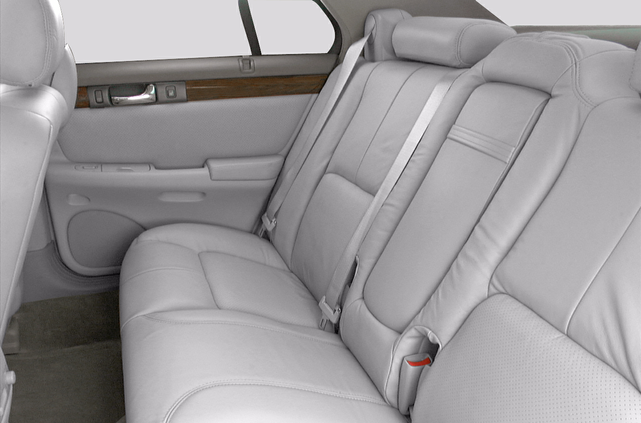