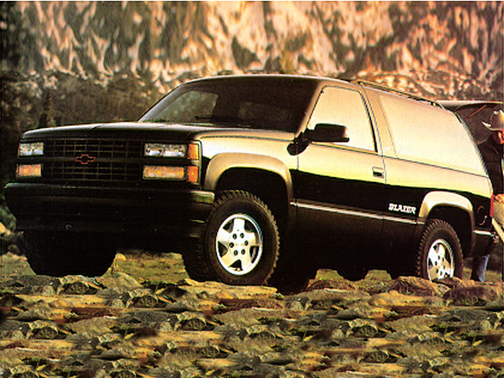 Our 1992 Chevrolet Blazer trim comparison will help you decide.

For years, Chevy’s full-size Blazer sport-utility vehicle has been one of the best mud-slingers in the business.

It still is, but with one important difference: After a complete overhaul, Chevy’s big Blazer is now much more civilized.

The 1992 Blazer, to which Chevy has added the K1500 designation, is as suitable for city dwellers as for trailblazers. It drives and handles well on the road or off.

In addition to sliding a stiff new frame underneath, Chevrolet has given the K1500 Blazer the same sheet metal – hood, grille, fenders and front bumper – as the company’s full-size pickup truck.

Traditionally, the big Blazer has appealed to sportsmen, hunters and outdoor types. But this new model may widen the Blazer’s appeal.

A footnote: Chevy still makes two Blazers. In addition to the K1500, there’s the smaller Blazer, the S-10.

Last year you could get a full-size Blazer with a 6.2-liter diesel engine. This year you can’t.

All full-size Blazers are equipped with four-wheel drive. The driver can shift into high or low from two-wheel drive while the vehicle is moving. Off-road enthusiasts call this being able to ”shift on the fly.”

The K1500 has a beefy drivetrain. It can pull a trailer or boat up to 7,000 pounds, which is 1,000 pounds more towing capacity than last year’s model.

For city driving, the Blazer performs best in two-wheel drive. Mechanical noise from the transmission and transfer case is kept to a minimum, and fuel mileage is slightly better.

Speaking of fuel mileage, fill-ups are a pain in the wallet. The Blazer has a massive 30-gallon gas tank, meaning that a fill-up of regular unleaded at today’s prices will cost about $35.

Incity driving, the Environmental Protection Agency rates the K1500 Blazer at 13 miles per gallon. That figure improves to 17 mpg on the highway. The red test vehicle did slightly better, delivering 15.6 mpg in the city and about 19 on the highway.

The Blazer is one of the those rare vehicles that handles well in nearly any driving situation you might find.

In the city and on the highway, the K1500 Blazer is stable, sure-footed and easy to maneuver.

Because the Blazer is so tall – the top of the roof is 71 inches off the ground – the driver can see over traffic. And that’s nice, especially at rush hour on a clogged highway such as Interstate 4. Being able to see far ahead over other vehicles allows you to react quicker to traffic conditions.

In urban environments, speed bumps and potholes present nothing more than a minor nuisance; you don’t have to bother with evasive maneuvers, because travelin g over a speed bump at 20 mph or so isn’t going to hurt the Blazer.

Off the road, the K1500 Blazer churns through terrain that would bog down other lower, less powerful vehicles.

I took the test truck through a rough wooded area and tried the four-wheel drive in low gear through a lot with deep, thick sand.

The powerful V-8, transmitting power to all four big tires, made for nearly effortless driving. The engine, even when toiling, still runs quietly.

All Blazers are built with power-assisted anti-lock brakes.

The steering, also power-assisted, makes for easy turns. Chevy doesn’t give the Blazer’s turning radius, but it can easily execute a sharp U-turn.

That jerky, bouncy ride – for so long a trademark of the Blazer – is gone.

The suspension system still has a lot of travel, but much of the turbulence is gone. Chevy says an improved drivetrain mounting sys em consisting of rubber bushings absorbs road bumps and jolts.

On the inside, the K1500 scores a solid hit for Chevy. Up front, two comfortable bucket seats with armrests on both sides punctuate a very civilized and user-friendly interior.

The test vehicle came with a $3,200 option listed on the window sticker as the ”Preferred Equipment Group.” This option includes nearly everything you could want in a heavy-duty sport-utility vehicle: Air conditioning, numerous power accessories, tilt wheel, cruise control, upgraded stereo and cassette player highlight the package.

Some of the nice touches include a roof-mounted console that can hold sunglasses and a garage door opener; a huge console with built-in cup holders between the front seats and a full complement of big, easy-to-read analog gauges; and a windshield wiper on the rear window.

There’s more room in the new Blazer, thanks to a redesigned rear seat that can hold four passengers instead of the three in last year’s model.

The tailgate is easy to open, though loading heavy parcels up into the rear stowage area requires a bit of work.

A full-size spare tire, mounted on the left side of the carpeted rear cargo area, swallows considerable space. It’s also a bit unsightly. Butt here’s a way around this: You can order the spare mounted on the outside of the tailgate.

Chevy could make one huge improvement in the Blazer: The vehicle needs a set of seat belts that work without a major struggle. Buckling up was a constant hassle. I either grabbed the wrong part of the belt, or it got tangled in the seat.

With a new look, comfortable interior and better road manners, Chevrolet has transformed the Blazer into a versatile sport-utility. About 250,000 full-size Blazers have been built since 1984.

The new model has all the ingredients needed to set new sales records for Chevy.

February 8, 2019
By Escrima-Tom from Gummersbach Germany
Owns this car

In the times of downsized trucks full of computers, built only for one ore two.years longer than warranty, this one is an old reliable workhorse. True and honest truck

I've owned 4 k5s, but this is my first with the new body style. All the benefits of its prediseser, with a few improvements, and I think a better looking body. Best truck ever for me.

September 2, 2017
By speed from alaska
Owns this car

Only problem in 25 years is intermittent instrumentation problems. I've owned full sized blazers since 1977 and wish they still made them. I'm attempting to figure out what vehicle to replace it with as my wife prefers I drive a vehicle with air bags and with 281K miles it's probably only a matter time. 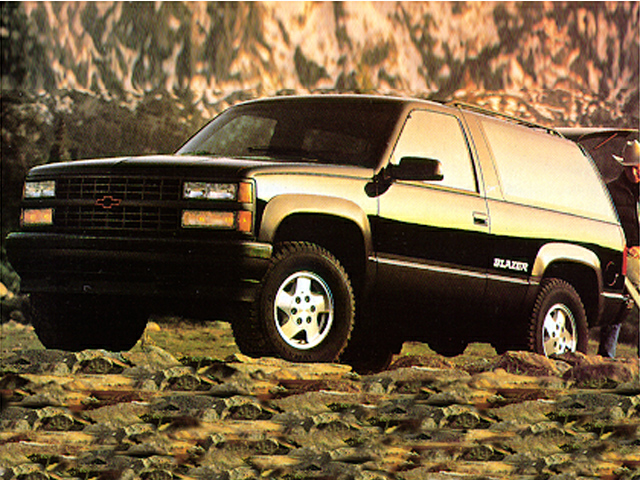