Our 1999 Chevrolet Corvette trim comparison will help you decide.

As originally conceived by Chevy designers, the fixed-hardtop model was going to be a significantly cheaper Corvette, a no-frills version that would have deleted such amenities as power windows and computer enhancements.

It was to be more of a race car than the fastback coupe or convertible versions, with fewer creature comforts but more of a competitive edge. However, after a stripped-down hardtop prototype registered disappointment among groups of Corvette aficionados, that idea was ditched by the Chevy people and a new plan created.

The latest Corvette turns out to be a sportier version, compared with the coupe and convertible, but its power accessories, comfort features and most of the price tag remain intact. It’s tuned in to drivers primarily interested in performance, and is available only with a six-speed stick shift, beefier suspension and a limited-slip differential.

But it’s still a luxury sports car by any measure, more geared toward grand touring than club racing.

Obviously, this is a Corvette and the performance is right up there. All three versions of the new Corvette are a quantum leap beyond the previous models, with acceleration, handling and stopping power of the first order. In other words, you can get in deep trouble driving without restraint.

The hardtop is a low-volume ‘Vette – only about 15 percent of the overall 1999 Corvette run of 28,500 will be hardtops – and as such could have the potential of becoming a collector’s item. Fixed-hardtop Corvettes are a definite rarity in the model’s 46-year history, with most being convertibles or coupes with removable roof inserts.

Part of the advantage of the ’99 hardtop is a body stiffened by the solid roof, as well as the sports-handling package, which comes as standard equipment. There’s a practical side, too: Unlike the coupe or convertible, the hardtop has a reasonably good-size trunk.

But there’s disappointment of my own entering in here. Instead of being a snug and quiet cockpit, as expected, the interior is open into the trunk space all the way back to the tail. This makes a fine little echo chamber to transmit all of the road noise created by the rear tires.

Also, you find that when you open the trunk, there’s something missing: a light. That’s annoying for a car in the $40,000 range.

Although the performance is hot, I have the same complaint with the hardtop that I do with other ‘Vettes: The traction-control system is intrusive and annoying, stealing the fun right out from under you. It can get really dicey scooting out into traffic, when the engine suddenly shuts down for an instant as the overly sensitive system detects some wheel spin. Other drivers slamming on their brakes are not real understanding.

The best way to deal with the traction control is to shut it off every time you drive. Unless, maybe, you’re driving in snow.

The test Corvette was equipped with the Active Handling System, a $500 option. This can save your hide if things get going a little too fast, or you enter a turn just a bit too hot. It can keep the car from skidding out of control or spinning.

A Corvette with stick shift is preferred by far over one with automatic. In the past, I’ve found the Corvette’s automatic to be sluggish and uninspiring, stealing too much of the excitement of driving such a hot car. The six-speed shifts slickly, and that sixth gear, which allows you to travel at highway speed with the engine turning at a slow rumble, is excellent for gas economy.

The hardtop configuration brings a new look to the swooping shape of the fiberglass body. It looks interesting and purposeful, more so than the fastback or even the convertible.

One fault, though: no open-air driving.

For Corvette fans, the new hardtop is an exciting development, an acknowledgment by Chevrolet that the ‘Vette is indeed a hot number that can perform on the racetrack as well as the street.

The price is still too high for most folk, though a couple thousand less than the fastback and about $7,000 less than the ragtop.

Corvettes in general are not to everyone’s taste, looking too garish or roaring too loud or just seeming like an outward manifestation of the driver’s insecurity.

Yeah, we’ve heard all that, but the newest version of the Corvette has sparked interest from people who never were interested in ‘Vettes before, including those who drive European sports cars. Many of them have come around to appreciating the sound and fury of this modern classic.

Same platform as a C6 but with better styling, room, comfort, ergonomics, and handling. What used to be a state of the art sports car is now still a state of the art GT (Grand Touring) car. The base car is a much better car than a Z51 or Z06. Handles 90% as well but with twice the comfort. And auto trans is the only way to go for performance driving. No $400 clutch fluid changes every 2 years. And no $2000 clutch replacements. Better gas mileage too. I average about 25 mpg around town and 28 mpg on the highway.

Most Awesome Vehicle I've ever driven!!!

I've wanted a Corvette since I was 7 years old! It took 49 years to finally realize that dream and I did my homework! Couldn't afford a 63 hardtop and didn't want a newer version. So I went with the last of the millennium, the first C5, the 1999! I love it! Handles like nothing else ever imaginable! 30 mpg on the freeway! You can't go wrong! I give it a 5 star review hands down. Maybe the newer ones handle better and pack more horsepower, but I've had mine to 163 with paddle to spare! Love my 99 C5 Silver Vette!

I have had several sports cars starting with 240 and 300Z's, Rx7, MG, Solstice, and most recently 2003 T Bird. To date this is the most impressive, 40,000 miles on it and still very tight. I am impressed with the styling and power and just overall look and feel of the vehicle.

Rating breakdown (out of 5):
16 people out of 17 found this review helpful. Did you?
Show full review
See all 46 consumer reviews 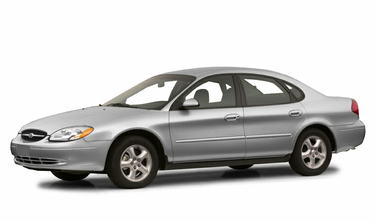 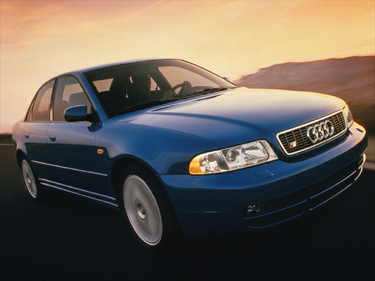