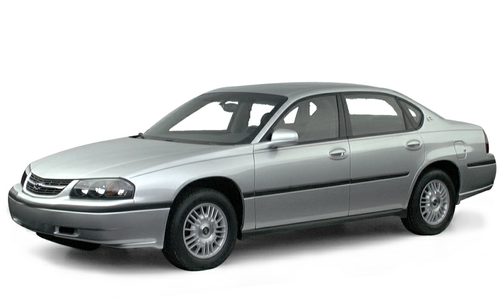 Our 2000 Chevrolet Impala trim comparison will help you decide.

Impala is one of the country’s most valuable trademarks, so not just Chevy fans were dismayed and disheartened a few seasons back when General Motors “permanently” retired it, for the second time.

Who knows, it may have been just a marketing scam like the one that brought us “Classic Coke,” but what counts is, the beast is back. It may be inherently silly to name aggregations of glass and plastic and metal after an animal, but such handles, when aptly chosen, do have a bit more charm than the difficult-to-translate numerical naming now so in vogue.

Impala debuted as a 1958 model, following the favorable reaction to a conceptual version shown two years earlier at a car show. Positioned as Chevrolet Division’s flagship, it was supposed to attract a slighter more affluent buyer than the traditional Everyman cars Chevy in those days was known for. “The performance attitude of a Corvette married to the luxurious flavor of a Cadillac,” gushed a copywriter who perhaps had been hitting the chocolate a bit hard.

It was an instant success, selling 473,000 copies in 1959 and becoming the top-selling car in the country the following year. It dominated the high-flying ’60s, with nearly 8 million iterations being shoved out the factory doors, most of them, as GM chortled, “loaded.” With gas prices low, it grew into a garage-stuffer (223 inches at its longest point) and could be had with a variety of monster V-8s, one of which, the 409, was immortalized by the Beach Boys.

The conspiracy known as OPEC brought the high living to a rapid halt in the early ’70s, as cars sales in general plunged, and gas guzzlers became pariahs. GM responded sluggishly, not producing a trimmer Impala until the 1977 model run. That version soldiered on with a face lift and evolutionary improvements until 1986, when the name was dropped in favor of the moniker Caprice. In 1994, a hotted-up Caprice variant appeared as a limited edition (read big margins) with a Corvette-derived 5.7-liter V-8 and bad boy styling conceits. In 1996, it, too, was sent to the home.

But now, it’s baaack, a spinoff from the Lumina platform. True to its heritage, Impala is available only as a four-door sedan, in two trim levels, base and LS. For the first time in its many lives, it cannot be had with a V-8, although I’d go so far as to say, if gas prices remain reasonably steady, GM might bow to the clamor and slip an LT1 in there, if only in a special edition. But for now, you get a V-6, either the 3400 or the 3800, their names telling you what you need to know about their displacement, in metric terms.

The base formulation starts at $18,705, a large car at an intermediate price, GM boasts. Even it has such niceties as the smaller of the two six-cylinder engines, automatic transmission, air conditioning, dual front air bags, power steering, windows and brakes, power remote outside mirrors, six-speaker AM-FM stereo, theft deterrent system, four-wheel d isc brakes, 16-inch steel wheels and a reconfigurable 17-message “telltale” amid the instruments.

The PR department found a few items with which to gild the tester. A power moonroof added $700; leather bucket seats, $625; power seat for the co-pilot plus heated seats for that worthy and the driver, $425; whiz-bang radio upgrade with eight speakers and added CD player, $223; and a “preferred equipment group,” $517. This consists of a driver info center, universal garage opener, alarm system, electrochromic rearview mirror and steering-wheel-mounted radio controls. So freighted, the car came to $25,415, including the haulers’ fee. Which happens to be just about the average new-vehicle outlay these days. For a heavily-equipped, roomy and comfortable family car, that is a sensational value.

Recognizing, perhaps, that as a front-wheel-drive machine, the Impala might not appeal to the traditional buyers of the corresponding, rear-drive Ford products (Crown Victoria/Grand Marquis), which have a V-8 and are better suited to towing chores, GM positions the Impala as a step-up alternative for would-be buyers of intermediates like the Ford Taurus, Dodge Intrepid and Toyota Avalon. Having driven one for a week, I find that a reasonable proposition, for the car does not feel like a full-sized machine. With its quick throttle tip-in and fast, light steering, it does a good job of simulating a smaller mass, though it still goes about 3,600 pounds when heavily equipped. Without the center console, it could hold six people, although I’ve never found that a satisfactory arrangement. More to the point, the rear provides livable space for up to three adults of normative size, and an abundance for two.

GM asserts the Impala is fun to drive. I did not find that to be the case, but neither is it terribly unpleasant. Instead of building unreasonable expectations, they’d be better off with a value pitch. Sister divisions Buick and Pontiac have their more expensive versions ­ LeSabre and Bonneville ­ which play a somewhat different role. There are several hurdles the Impala must surmount before it achieves the “long way home” status its maker claims. Chassis rigidity is a bit of an issue. I could feel some flex and hear some creaking when subjecting the Impala to not-unreasonable stress. The steering is so light and fast it isolates the driver from the tire-road nuances, and the transmission ­ superb functionary that it is ­ is geared so high (presumably in the interest of fuel economy) that the car felt as if it were running away, even when I pulled the floor-mounted shifter into third from overdrive. This can be disconcerting, if not downright unsafe. Perhaps that’s why GM gave the car four-wheel disc brakes ­ you’ll use them a lot around town. Overdrive yields more than 30 mph per 1,000 engine turns ­ exceptionally high. In panic stops (simulated) on wet pavement, the antilock mechanism allowed the brakes to grab a little, but generally did its job all right. Stopping distances lay somewhere between impressive and worrisome ­ midrange.

Ride quality of the Impala was good. It did a good job of isolating the cabin from road problems, and, on terrible surfaces, maintained its composure tolerably well. Certain frequencies of road irregularities, though, came through as an unpleasant vibration. Overall noise level was moderate at the highest legal speeds. The top-of-the-line stereo sys tem had just so-so overall sound quality and its FM performance, I theorize, was badly compromised by the antenna buried in the rear glass. GM says this is done not only to foil vandals (ever hear of power antennas?), but also to reduce wind noise (ever hear of mounting it on the rear flank?). Even where it should have been getting a good signal, the FM tuner had an edge of distortion, and ambience was lacking.

EPA mileage estimates are 20 mpg city, 29 highway. My overall tally of 24.4 fell neatly in that range, and the car demands nothing more than regular unleaded. The car was well made, with surprisingly good-looking materials. Final assembly is at the Oshawa, Ontario plant. Overall, I think that Buick did a better job with their equivalent car, the LeSabre, and am looking forward to seeing soon how Pontiac did with the Bonneville.

I am 6-2 and 200 lb's and long legs appreciate a big roomy car. It is a safe car for my grandchildren to be learning how to drive. You can trust it mechanically and reliability. This is a good car for long trips and is comfortable.

December 10, 2019
By Boomerful from Union, KY
Test drove this car

For those folks that can't finance a dependable work car- Look for a low mileage, low owner, 2000 Impala. Either base or LS. Back in 2003, 2004 I had the pleasure of driving my son's sassy red 2000 Impala LS for errands when I visited the grand children, and to take on a short road trip. The bucket seats were comfy as heck, the power options great, the sound system gave me all my old-school tunes with strong bass how I like it. The V-6 gave me all the power I needed, and to boot, it wasn't a gas guzzler for being a big-to-mid-size car (I owned a little old Ford Ranger myself, so the Impala felt spacious) My son's family of 4.5 drove their 2000 Impala LS near to death, then sold it next to their teenage brother-in-law. This kid never took care of the car, other than put gas in it. One can imagine what that male teenager did to the car's neglected engine and drive-train ... The last I heard it had 200,000 plus miles on it, and the dumb brother-in-law blew the engine by leaving the radiator dry then racing one of his buddies on a freeway. Sheesh! In my book, this particular Chevy model is a testament to American car building. It would still be going strong if it had owners who took care of it.

I bought my Impala as a beater for work, and I haven't been too disappointed! Bought it at 250k miles in February of this year and besides the fact my exhaust system is shot, she's a good car. Still shifts like it's almost new, and even after past owners neglecting proper maintenance on the car she still roars to life every time. The growl of the engine is the best part of this jalopy of a car. The exterior is your typical early 2000s sedan, nothing special really but not hard on the eyes either. Guy before me hit a deer going 55mph and all that got damaged was the bumper cover. Besides the obvious plastic bumper covers, this car can take a beating. If you bought one in better condition than I did, I would definitely recommend this car, especially to younger drivers like myself who need something reliable and affordable. Gas mileage is dang good for a full size sedan. Trunk space is insane! Always impressed with older Chevys! 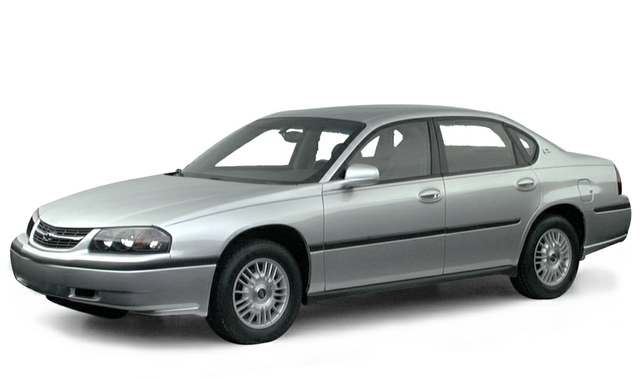 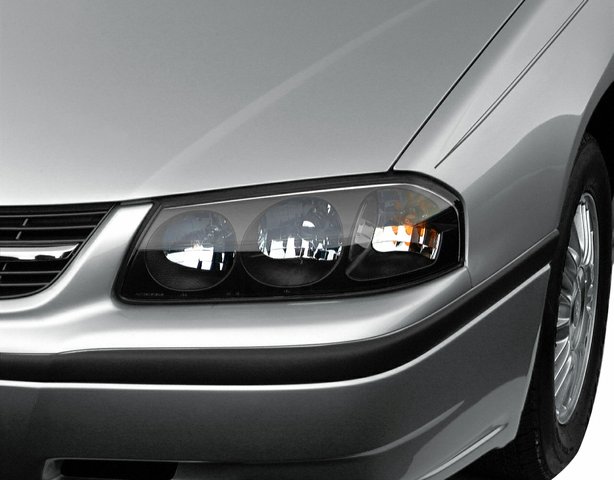 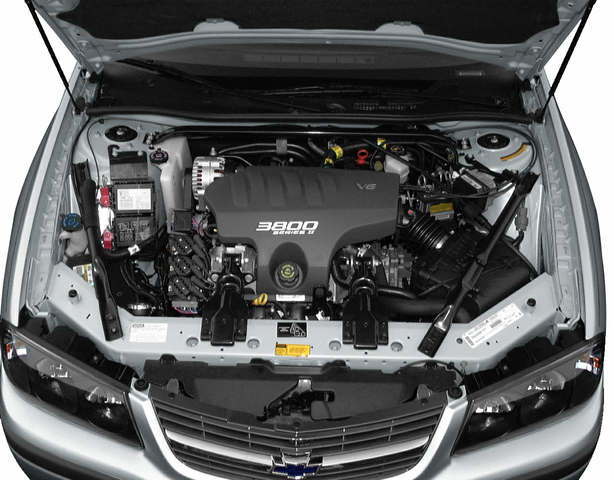 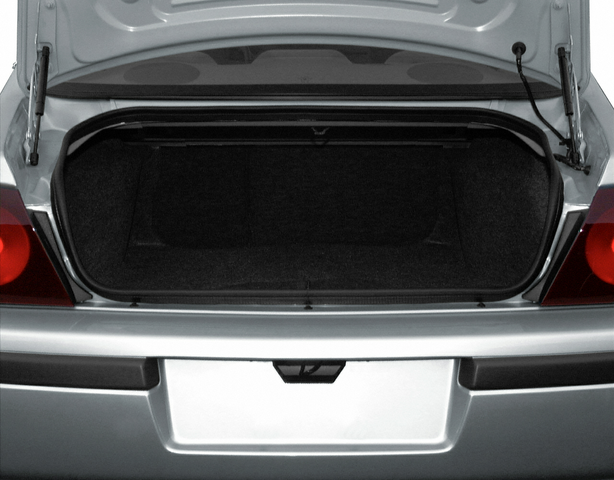 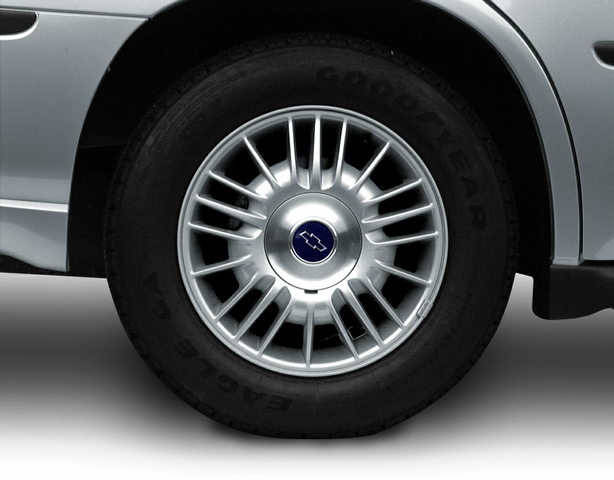 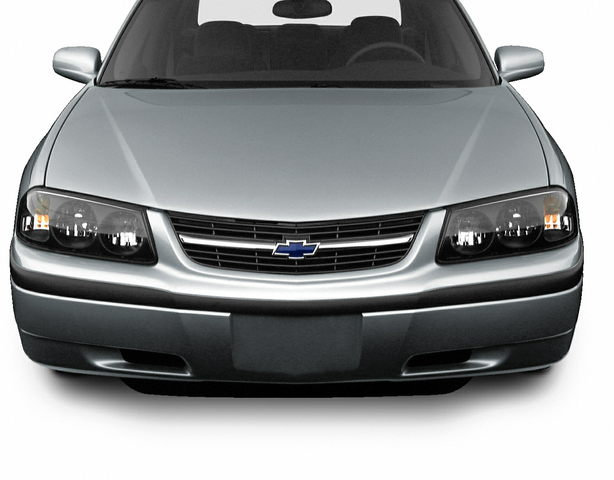 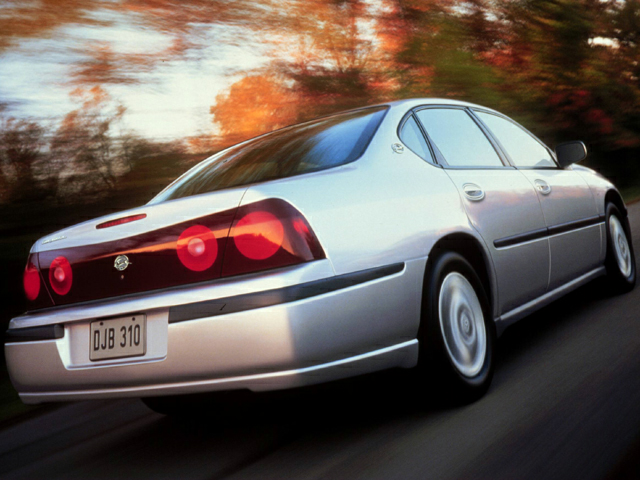 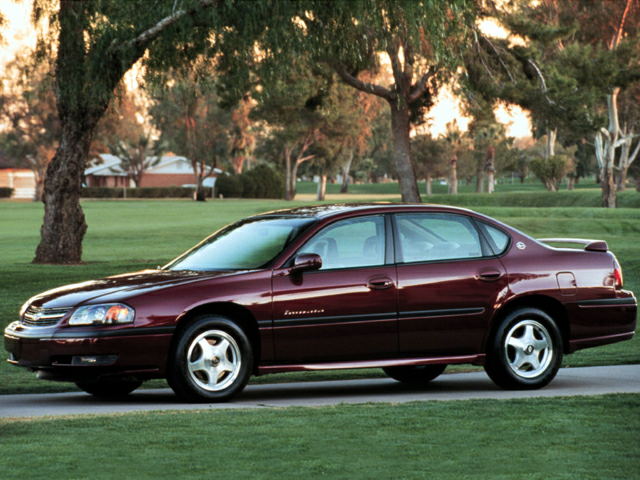 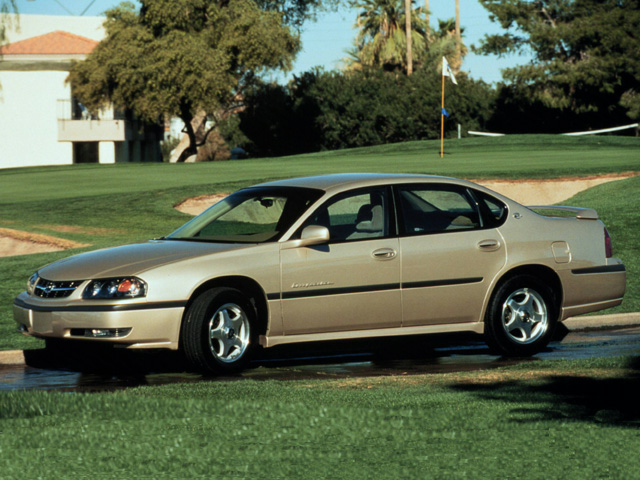 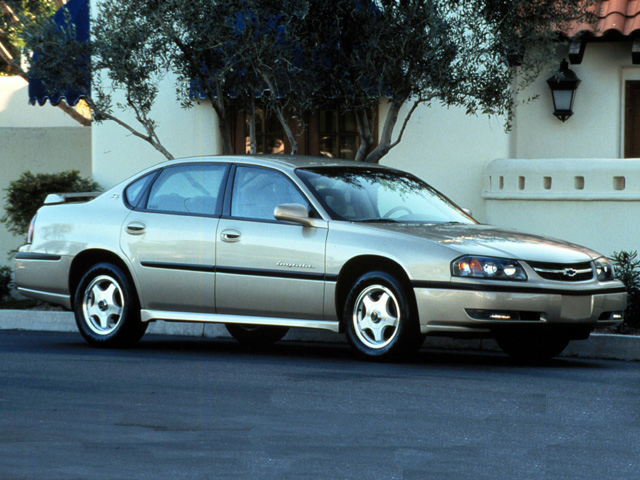 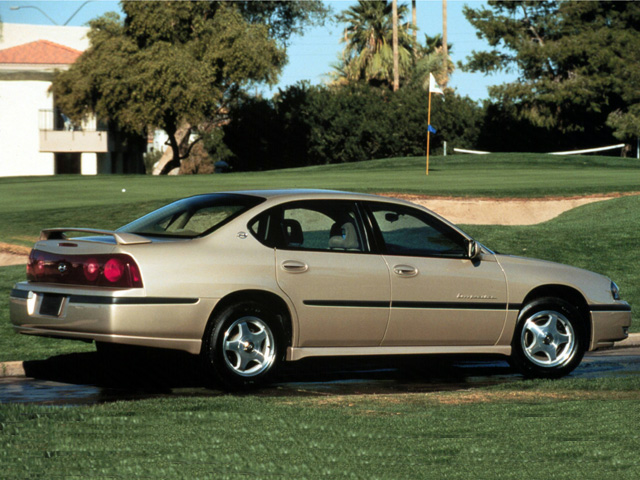 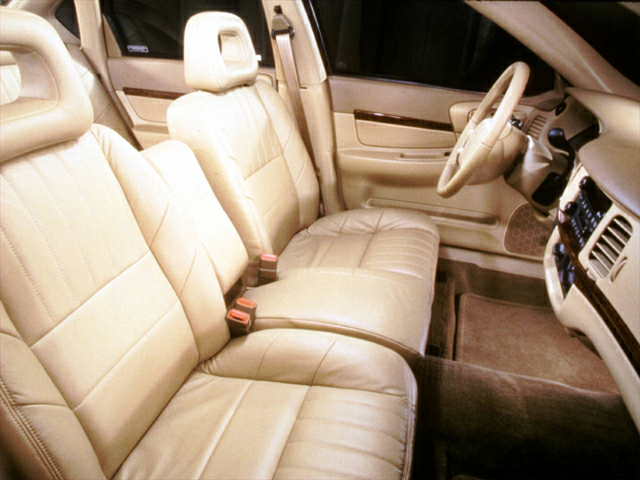 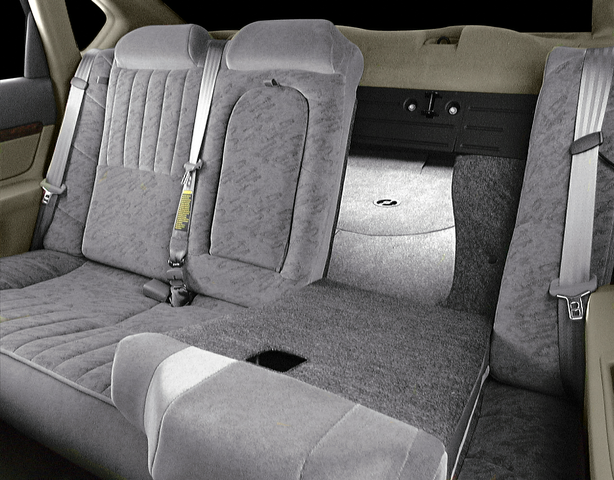 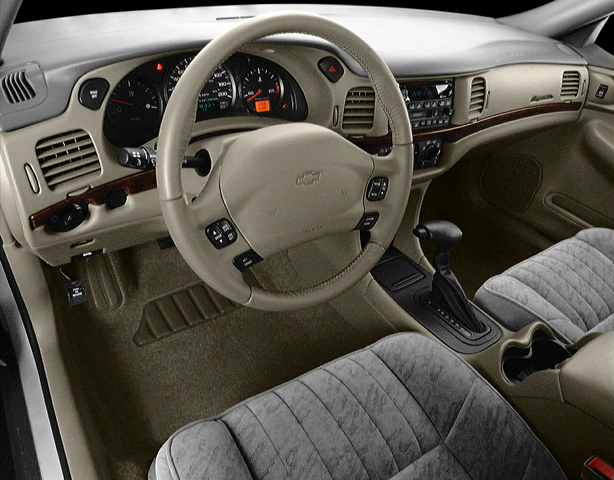 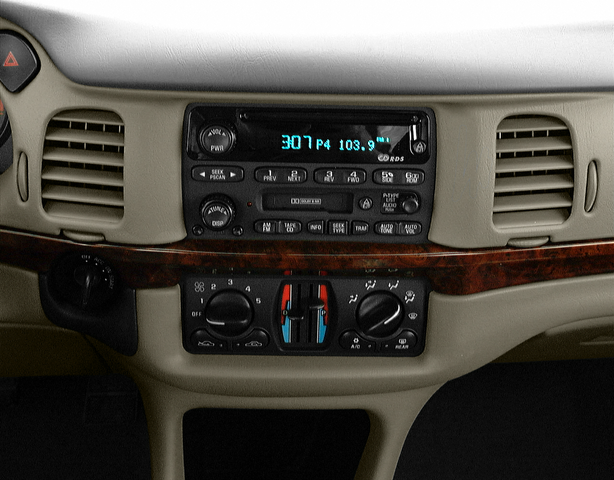 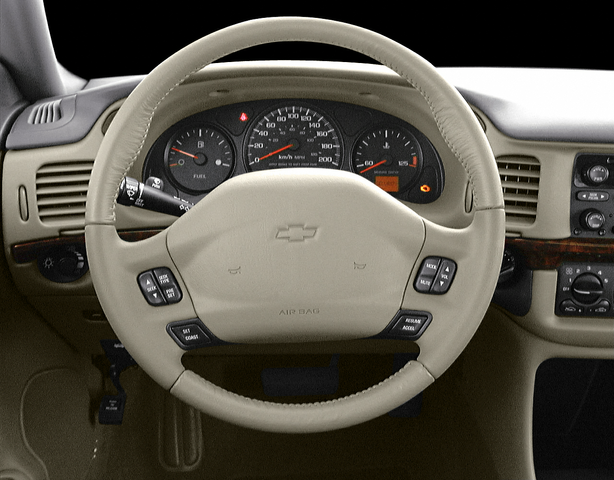 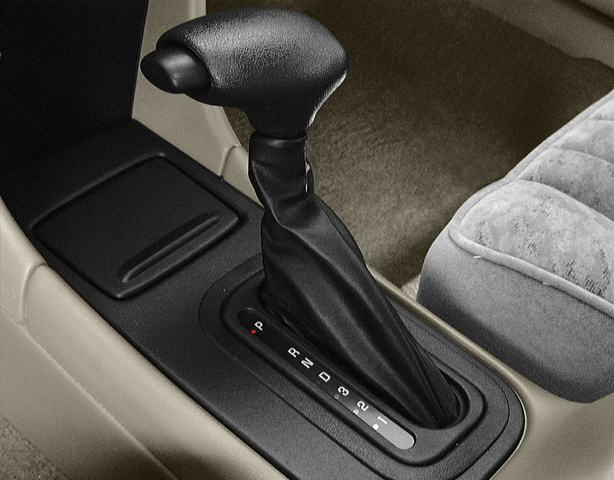 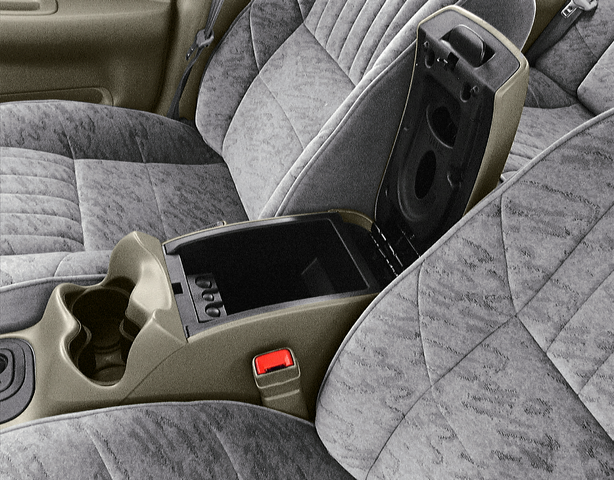 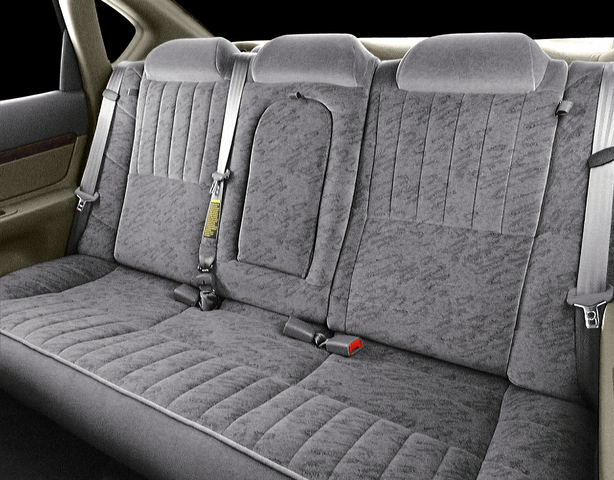 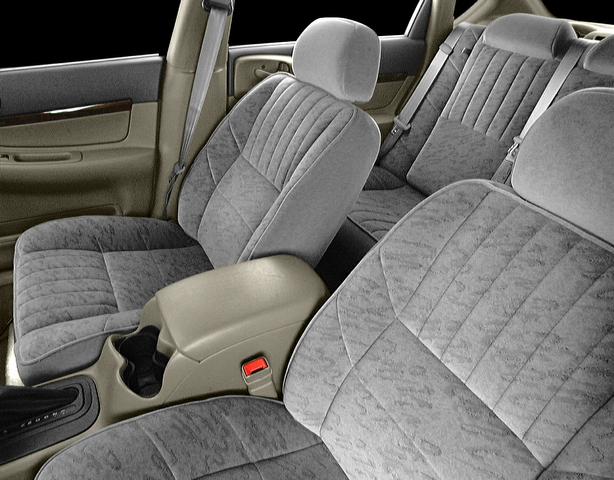