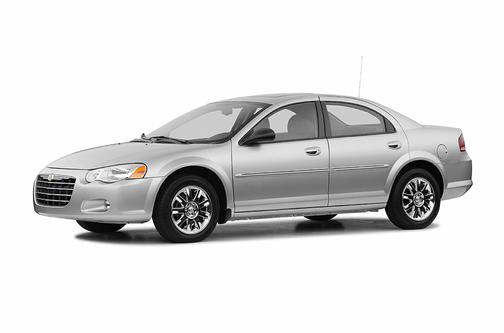 Our 2004 Chrysler Sebring trim comparison will help you decide.

With folks expected to drop into showrooms to check out the 2004 Pacifica crossover sedan/sport-utility and the ’04 Crossfire sports coupe, Chrysler thought it wise to spruce up the 2003 Sebring sedan, convertible and coupe.

So Chrysler put on some fresh touches and dubbed the cosmetically altered Sebrings ’04 models as well.

The intent was to provide the lineup with “a consistent look,” according to George Murphy, senior vice president of global brand marketing for DaimlerChrysler.

We tested the Sebring LXi sedan, which will undergo a remake for ’06 when it switches to a new platform developed by Mitsubishi, in which Chrysler has a controlling interest.

To cut costs, Chrysler called upon Mitsubishi to develop the platform to be shared by the next-generation Dodge Neon (expect a name change, however) and Mitsubishi Lancer for ’05. A stretch of that platform will be shared by the Chrysler Sebring and Dodge Stratus sedans for ’06 as well as Mitsubishi Galant and Eclipse shortly after that.

The jury is still out as to whether that stretched platform also will be used for the next-generation Dodge Stratus and Chrysler Sebring coupes, however. The coupes are built at Mitsubishi’s plant in Normal. But the production pact expires in 2005, Mitsubishi says it needs the capacity for its own vehicles and no decision has been made–or at least none has been leaked–as to what happens to the Dodge/Chrysler coupes after that.

The freshening on the midcycle Sebring sedan tested includes a new front fascia and grille in keeping with the look of Pacifica and Crossfire.

The LX and LXi sedans also feature the Chrysler winged badge on the deck lid, replacing the old “Chrysler” badge.

Inside, the sedan offers some new amenities, such as an optional electrochromic (auto-dimming) rearview mirror and steering-wheel radio controls.

From a safety standpoint, traction control is added to the anti-lock brake system, a welcome feature for those who travel through snow and/or rain. And when you order ABS ($695 option), you get the preferred four-wheel disc brakes. If you skip ABS, as some do to upgrade the audio system, you get front drums and rear discs, which serves you right for putting sound over safety. Shame on you.

One other safety feature added for ’04 is BeltAlert, Chrysler’s answer to BeltMinder at Ford. The system resorts to a steady series of chimes as a mind-numbing . . . oops, a gentle reminder that you haven’t fastened the belts and in doing so have jeopardized your chances of being around for the remake of the car for ’06.

The reason for BeltAlert is that the belts keep you in proper position should the air bags deploy. Making a panic maneuver without the belts, you slip out of position and the bags can’t work as advertised.

Spend 5 minutes unbelted in a car with BeltAlert or BeltMinder, and you’ll strap yourself in because the chimes are not pleasant.

Side air bags are a $390 option. A week ago the Insurance Institute for Highway Safety released results of its crash tests on small SUVs and basically found that vehicles with side air bags provide a lot more security than those without them. OK, the Sebring is a sedan and not an SUV, but side bags help regardless.

The Sebring LXi comes with a 2.7-liter, 200-horsepower, 24-valve V-6. Ample get up and go, but some would argue that a few more horses or a few more foot-pounds of torque–or both–would make it even more responsive. Of course, some will look at the mileage rating, 21 m.p.g. city/28 m.p.g. highway, and consider that more important than how quickly they can enter the passing lane or maneuver the merger ramp.

One other change coming next month will be a revision of the lineup nomenclature, with the LX to be called Sebring, the LXi to be called the Sebring Touring and a top-of-the-line Sebring Limited to be added.

Base price of the LXi is a reasonable $20,905. But options can quickly run it up. Power sunroof costs $695. If you upgrade to the luxury group for leather seats and steering-wheel mounted radio controls, add $1,245. With leather you are eligible for heated seats that run $250. Want power door locks? Get the electronics package for $370. Smoke? Add $30 for an ashtray.

Chrysler plans: The gameplan at Chrysler calls for a remake of the Dodge Durango sport-utility vehicle this fall as an ’04 model and remakes of the Jeep Grand Cherokee sport-ute and Dodge Dakota pickup for the ’05 model year.

The new Chrysler PT Cruiser convertible comes out next spring, same time as the rear-wheel-drive LX sedans that replace the front-wheel-drive LH sedans.

Whatever happened to the Tomahawk, the high-performance motorcycle Chrysler unveiled at the Detroit Auto Show?

“The reaction was very good on the auto-show circuit, we continue to look at producing it, and will decide later this year,” an insider says.

Limits of liability: While the decision would directly affect Ford Motor Co., all automakers are awaiting a ruling by the Nebraska Supreme Court that would determine how far liability goes.

The Nebraska Supreme Court has heard arguments and now must rule whether Ford and Bridgestone/Firestone Inc., should be held liable in the death of a 19-year-old woman in 2000 when she was abducted, raped and murdered after stopping near Omaha to change a flat Firestone tire on her Ford Explorer.

A lower court dismissed Ford and Firestone from the suit by the woman’s family, saying neither had “specific and actual notice of danger” to the woman and that neither “could foresee or protect against” the harm done to her.

The court held that the man who picked up the woman and later shot her, was the only one liable.

He was convicted of first-degree murder and is serving a life sentence.

The case is significant in that it would set precedent that the manufacturer is liable for any untoward event that occurs after a vehicle breakdown. A decision isn’t expected for several weeks.

Pluses: Traction control now teamed with ABS brakes and when you add ABS you get four-wheel disc brakes rather than front discs and rear drums; cosmetic upgrade with new front fascia and grille and wheels.

Minuses: Is anything not an extra cost option?

Great for the price

Great convertible for the price and we are happy with the way the car has been performing so far. We enjoy the ride and the comfort.

Rating breakdown (out of 5):
9 people out of 10 found this review helpful. Did you?
Show full review
4.0

May 20, 2021
By Colorado Chrysler from Colorado Springs
Owns this car

Purchased this car used a few months ago and haven't had an issue. Its comfortable, good on gas and has some pick up and go power. So far so good.

Rating breakdown (out of 5):
3 people out of 4 found this review helpful. Did you?
Show full review
4.4

July 25, 2020
By ReedIII from Flowery Branch
Used to own this car

This car was right for me and I owned 4 of them. Good design and good styling make this a great choice. With a low resale value this car is an excellent buy to own.

Rating breakdown (out of 5):
5 people out of 7 found this review helpful. Did you?
Show full review
See all 59 consumer reviews

All model years for the Chrysler Sebring 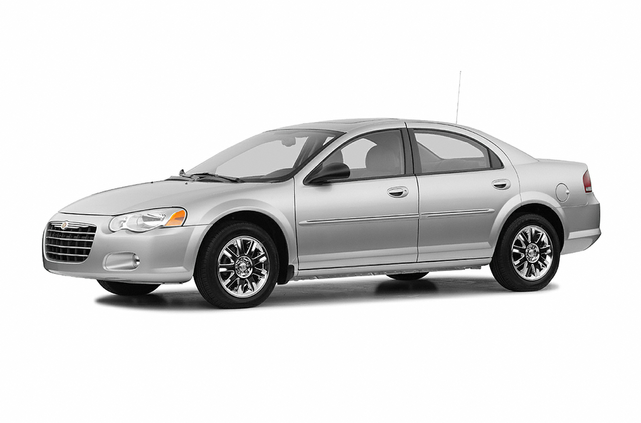 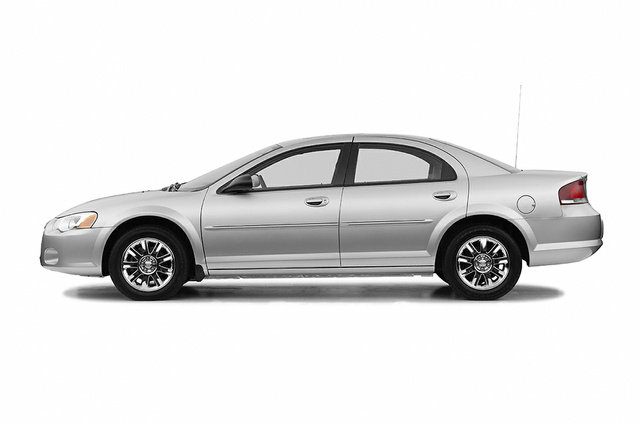 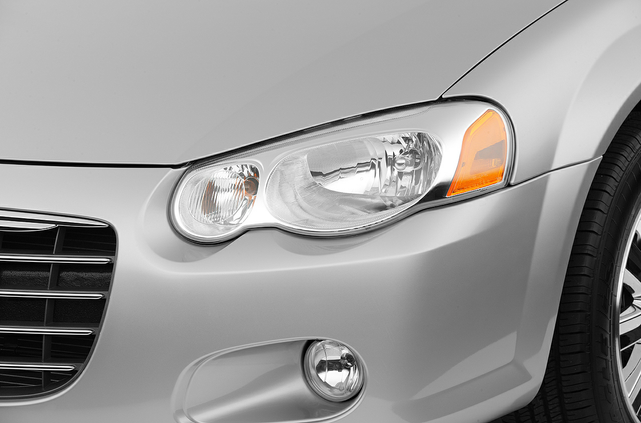 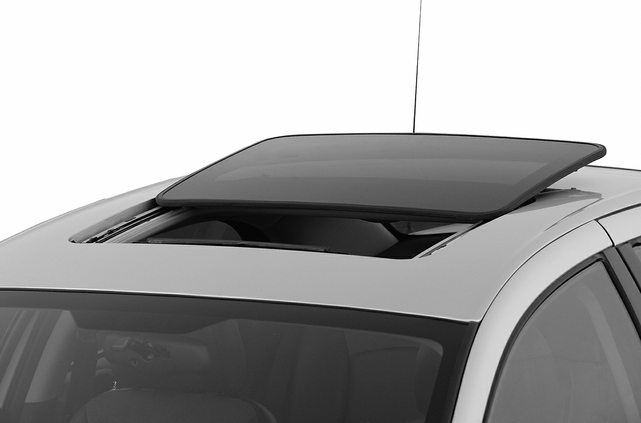 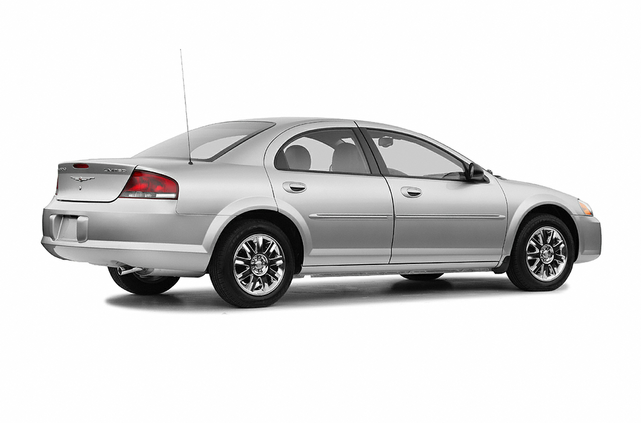 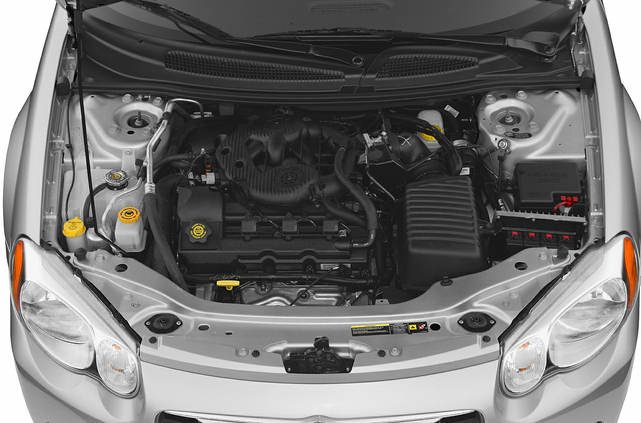 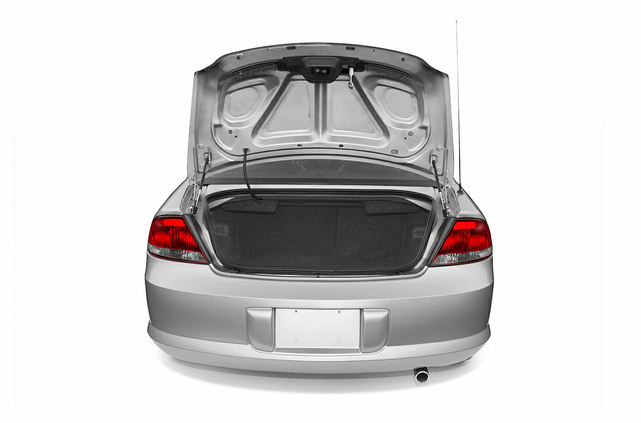 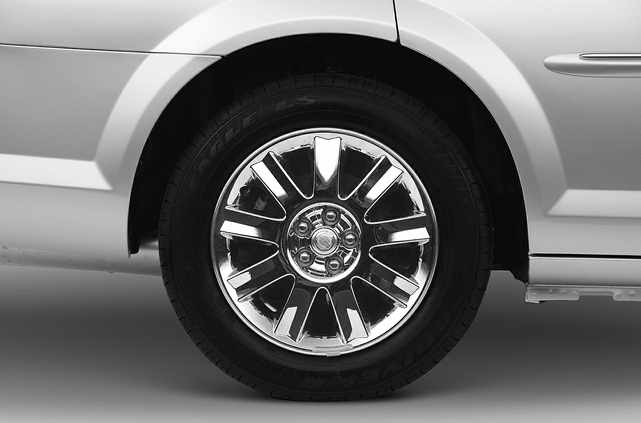 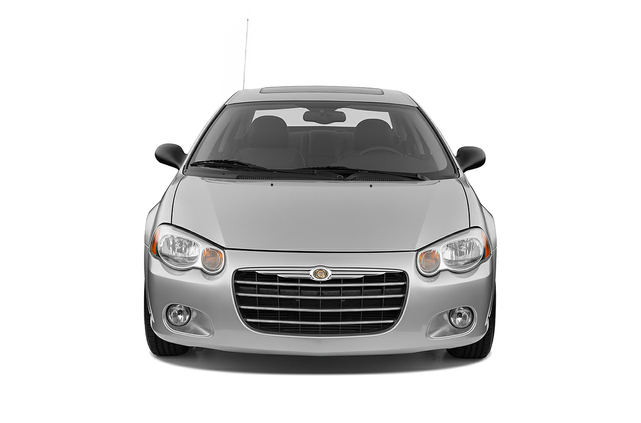 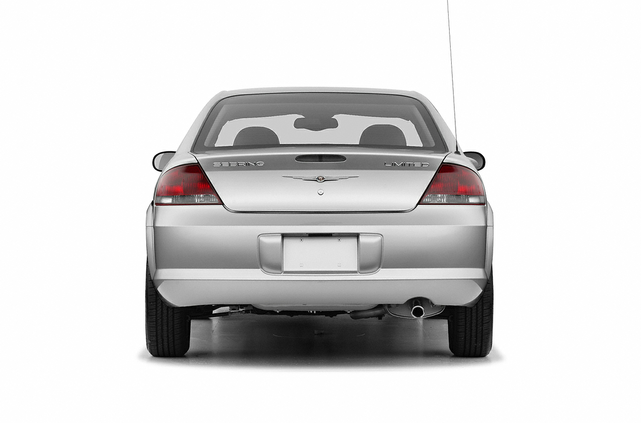 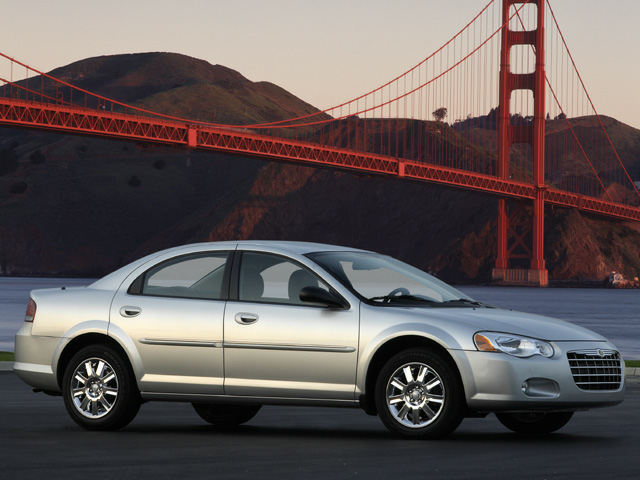 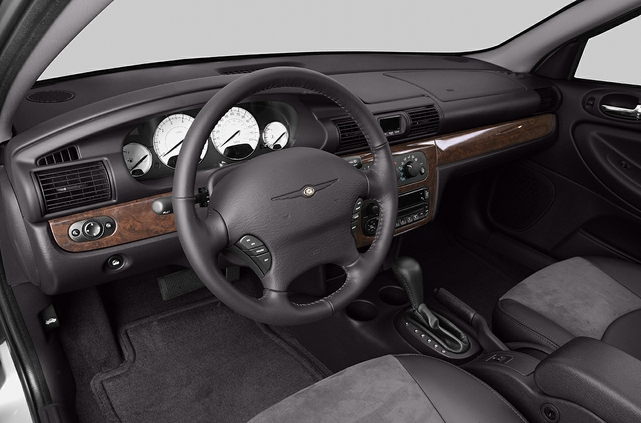 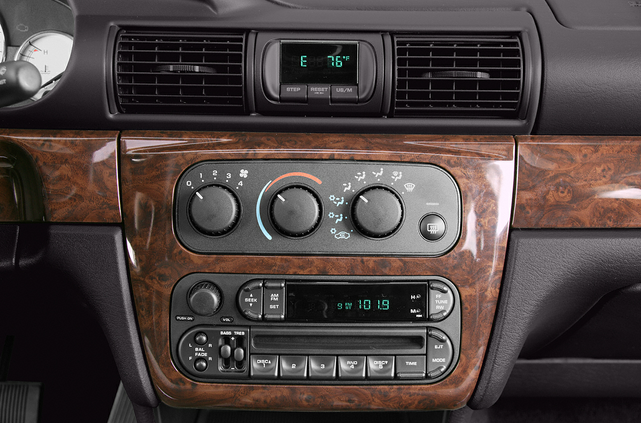 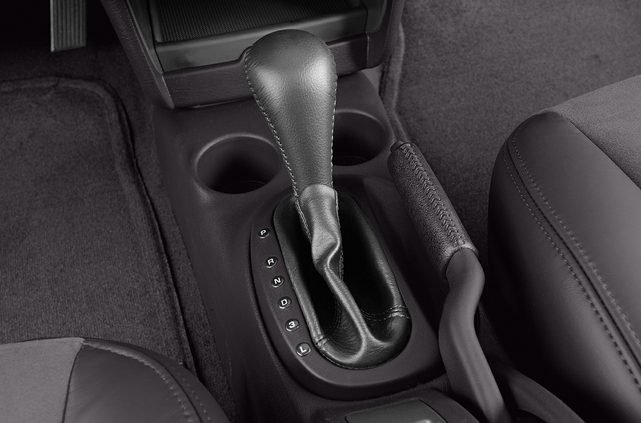 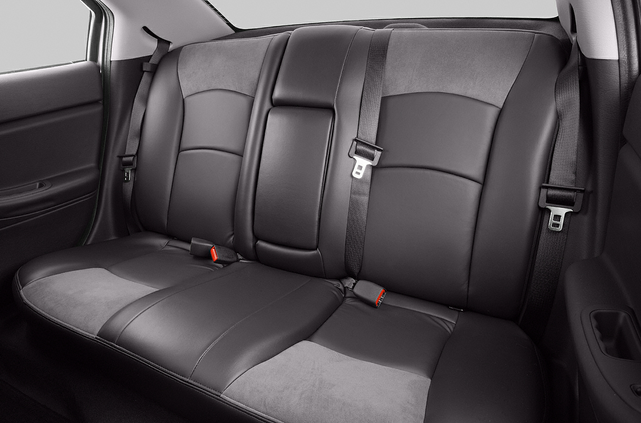 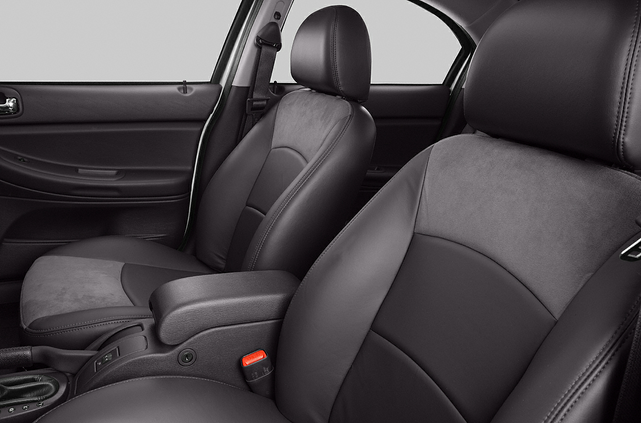 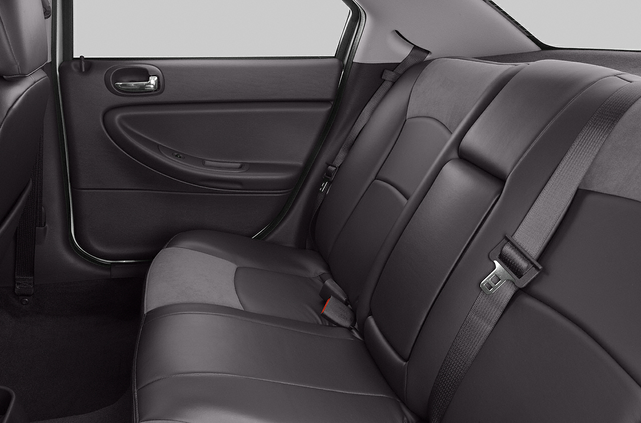 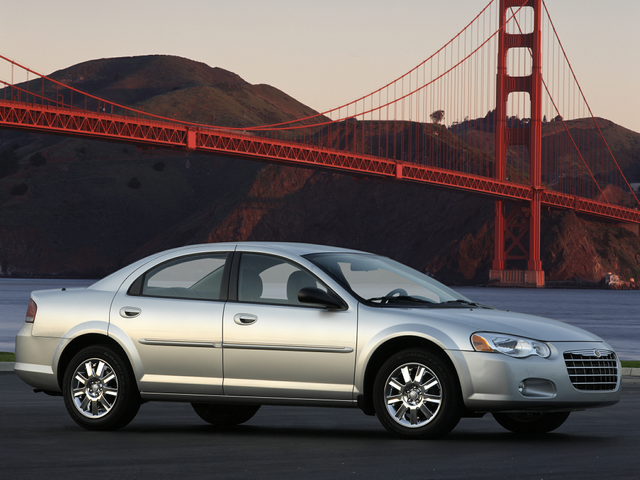