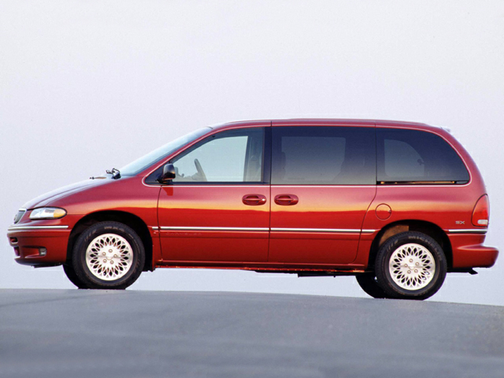 Our 1999 Chrysler Town & Country trim comparison will help you decide.

As good as the Silhouette Premier is, however, Chrysler’s Town & Country Limited remains the gold standard in the segment – hands down, the best minivan that money can buy. And that’s saying something, considering the Chrysler vans are celebrating their 15th anniversary in 1999. Is the Town & Country Limited worth nearly $35,000? For once, we seem to agree…

He: We’re going to be empty-nesters this fall, so a minivan doesn’t really make much sense for our household, but the Town & Country Limited still appeals to me in a bunch of ways. For one thing, Chrysler still has the best-looking vans in the business, bar none. And the top-of-the-line Limited looks just as rich and sumptuous on the inside as it does on the outside. We put it to plenty of good use, too, including hauling one son and half of the gear in his dorm room back from college.

She: I have to interrupt you and say a minivan makes more sense than ever for our household. My dad and I took the Town & Country to the driving range one Friday afternoon, and even he commented that he could use a minivan. And not just for golf clubs. I defy you to find an inactive person these days. There are just too many coffee shops. We’re all productive and busy, thanks to caffeine.

He: Thank you, Lady Starbucks, for that insightful observation on modern society. Which brings up the subject of cupholders, no?

She: Chrysler set the standard, especially in minivans. I still find myself recommending all Chrysler minivans over and over again to people. They get more refined and more useful every year – look at the row of hooks in the rear for plastic grocery bags, and the little cargo net between the front seats to hold everything from purses to planners. There’s even an integrated child seat for 1999.

He: On paper, all that stuff sounds really neat. How does it work in actual practice? Well, I drove 1,500 miles in 48 hours, and filled nearly every nook and cranny that I could reach from the driver’s seat with all my gear – a wallet here, a cell phone there, a thermal coffee cup in a cupholder, tapes and CDs in a bin, roadmaps in the cargo net. Whew! It could have been a real mess. But let’s put this in perspective. I could have driven one of those fancy – and expensive – luxury European station wagons from Detroit to Boston and back, but it wouldn’t have been nearly as useful and practical as the minivan. Best of all, with the Town & Country Limited, you don’t feel like you’re giving up anything in the way of comfort and luxury in return for all that space and functionality.

She: I would just issue a challenge to Chrysler. You’ve done such a great job over the last 15 years. Can you make it a priority to build rear seats that a normal woman can remove by herself?

He: You aren’t referring to yourself as a “normal woman,” I assume?

She: Maybe size-wise. Although I understand we’re getting fatter every year.

He: I resent the use of the first-per son plural.

She: Seriously, that seems like the last minivan frontier. Honda has come up with the easiest and most elegant solution – a third seat that flips down and folds into the floor. Surely Chrysler can do them one better.

He: I was pleased that the Town & Country comes with standard antilock brakes and traction control – especially driving through a thunderstorm in central Pennsylvania about 2 in the morning. I think I would have felt even safer if the Chrysler had side air bags.

She: Over the years, we’ve owned two Chrysler minivans, including one of the original models. Looking back, they seem positively primitive, compared to the 1999 model. Ride comfort is a big part of the Town & Country’s appeal. This is no mere car-pool conveyance. It’s a country-club ride.

He: The Limited also comes with a sturdy 3.8-liter V-6 that makes 180 horsepower and a lusty 240 pounds-feet of torque – useful when you’re hauling all of your child’s earthly possessions h from school. Even more impressive is the EPA highway fuel-economy figure – 24 miles per gallon. I guess the only thing missing in our test vehicle was an onboard video player. But then, our kids are pretty much past that age where they need to be constantly entertained, aren’t they?

12-month insurance cost, according to AAA Michigan*: $1,218 (Estimate.Rates may be higher or lower, depending on coverage and driving record.)

What we liked: The only true luxury minivan on the market; lots of torque from the 3.8 V-6, and surprisingly good mileage; loads of standard features; one of the best safety packages includes ABS, traction control, dual front air bags; seats are relatively easy to remove and reinstall (Paul)

What we didn’t like: No side air bags; $34,000 sticker puts this van out of the reach of many families; it still takes two persons to remove rear bench seat 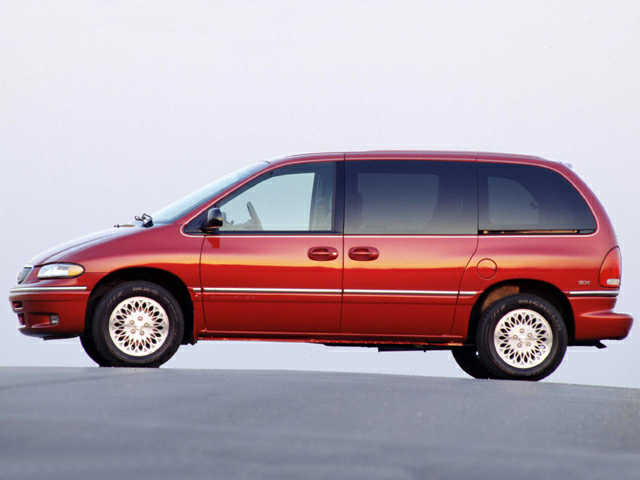 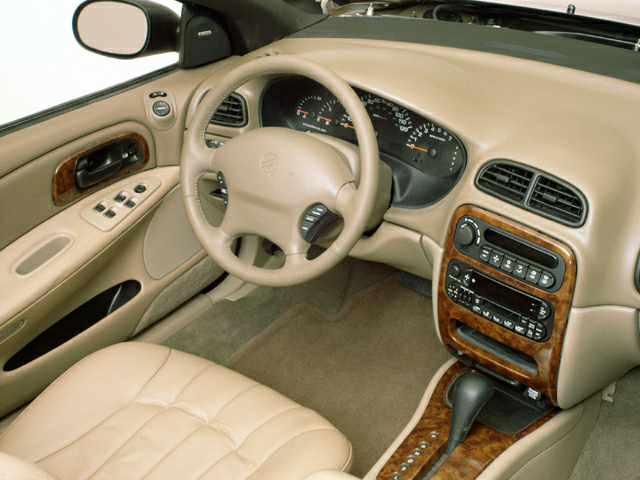