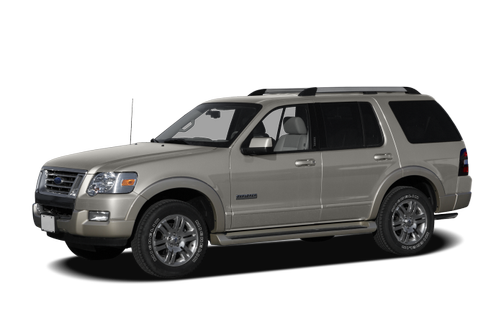 Our 2006 Ford Explorer trim comparison will help you decide.

The very mention of the Ford Explorer can still raise eyebrows. Some motorists – typically those who are not sport-utility vehicle drivers – will still ask, “Wasn’t there some bad news about the Explorer a few years back? What was it?”

It was about vehicle rollovers, it involved millions of replacement tires on Explorers, and it was more than five years ago. Like most controversies involving superheated passions, it’s kind of difficult to tell who came out ahead in the long run.

* More motorists learned that SUVs, with their comparatively high centers of gravity, must be driven carefully in some conditions.

* Millions learned that messing with tire pressures on SUV tires was a bad idea.

* Ford made significant, bumper-to-bumper improvements on its already monster-selling Explorers.

Which brings us to the reworked-for-2006 model. Simply put, it’s the best Explorer yet. And that’s saying something for a model with a 15-year run as the world’s top-selling SUV.

Ford Motor Co. conceded that its engineers worked hard to equip the ’06 Explorer with the most desired traits of “a traditional SUV” even as more customers are turning to smaller, more fuel-efficient crossover vehicles.

The Explorer effort, in my view, has been a complete success. The tested 2006 Ford Explorer Eddie Bauer 4X4 had all that anyone could want in a traditional SUV – one that’s not the size of a UPS truck, yet is bigger than the average, SUV-like crossover.

In fact, the luxurious Eddie Bauer tester had too much. More than $6,000 in extras added to the starting price of $33,625. Mentally subtracting all those add-ons – including the $3,695 Eddie Bauer Luxury Group package that included a navigation system and heated exterior mirrors – I came to the conclusion that I would be perfectly happy with the standard Explorer package.

The 4.6-liter, 292-horsepower V-8 on the tested Explorer was a strong power plant that excelled in most conditions. Happily, its noise never interrupted in-cabin conversations with passengers. The towing capacity of 7,300 pounds would likely handle most buyers’ trailering chores.

A new, six-speed automatic gearbox – which can now be shifted at the base of the center control stack – made comfortable, nearly seamless transitions when the Explorer briskly accelerated from a standing start.

The four-wheel, independent suspension on the tested Eddie Bauer edition was a dramatic improvement over a previous-generation Explorer I that was tested. The 2006 SUV gobbled up potholes and the mud ‘n’ ruts of a mild off-road course with barely a bobble.

The Explorer’s interior, which has looked cheap and plastic-laden in the past, appeared dramatically improved – or maybe everything was just more tastefully arranged. The tester had a clean, elegant, two-tone look throughout. Rounded armrests/door handles with silver treatments were a nice touch.

Seating surfaces were firm and comfortable; rear seats easily folded flat to make room for bulky cargo. Incidentally, the ’06 Explorer can seat from five to seven, depending on buyer preference.

The Explorer’s exterior appearance also received an upgrade, with three distinct grille styles adding a bold, aggressive look to the package. Use of chrome is generous here.

Taking the interior and exterior improvements as a whole, I think the ultimate compliment for the 2006 Explorer is this: It’s a midsize SUV that looks and works like a full-size sport-ute.

Ford touts the Explorer as ideal for a core group of traditional SUV enthusiasts, but one old-school feature I could do without – tepid fuel mileage ratings of 14 miles per gallon in city driving and 20 mpg on the highway. My own calculations were a little worse than that, coming in at 13/19 mpg.

The one saving grace: Even the V-8 engine gets a recommendation of 87 octane gasoline, as opposed to the pricey top-shelf gas.

One other gripe: Steering felt perfectly balanced on the off-road run about an hour north of Sacramento, but it was too light on the Interstate 5 cruise to and from that location. Until I got the hang of the steering, I was letting the Explorer drift to the right and left edges of the freeway lanes.

For those who want an SUV that’s not merely a beefy wagon but one that can do the work of a true SUV, the Explorer is up to the task. Even in an age of SUV backlash, I don’t see the Explorer losing its popularity anytime soon.

FORD EXPLORER AT A GLANCE

Broke down within a month.

February 8, 2021
By exploer from Yorkville, NY
Owns this car

There's a lot of great things about this vehicle, and it was a good price. Unfortunately, they sold it to me with both cigarette lighters broken, so I can't charge my phone in the car. Within a month of the purchase, a pipe broke and leaked all my transmission fluid, leaving me stranded. I had driven the vehicle a lot since purchase, but was disappointed that this happened so soon.

February 2, 2021
By 06 explores suck from Valencia,ca
Owns this car

Worst year ever made I've gone through 3 Transmissions. Heater wouldn't turn over. The car was great then it wasn't. Now I am buying a Silverado

The Vehicle is everrhing we looked for. Not to excitwd about beimg a white car but overall there are no words to express my satisfaction with our car and especially Cars dot com!

Rating breakdown (out of 5):
4 people out of 5 found this review helpful. Did you?
Show full review
See all 82 consumer reviews 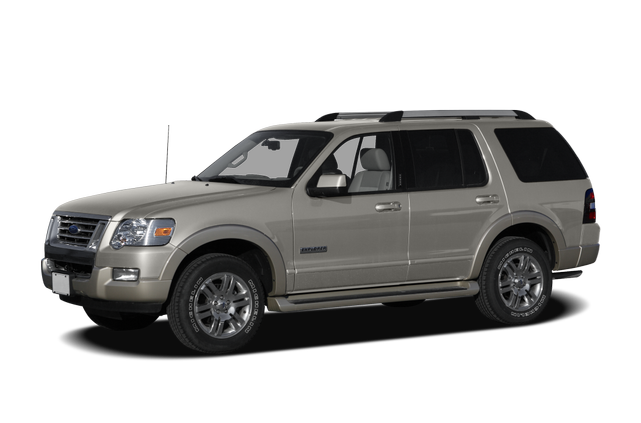 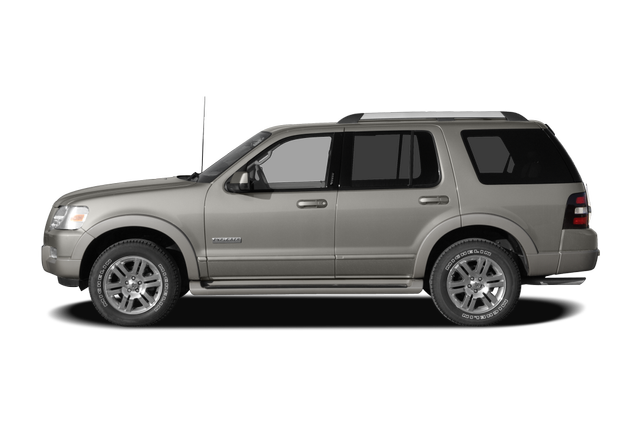 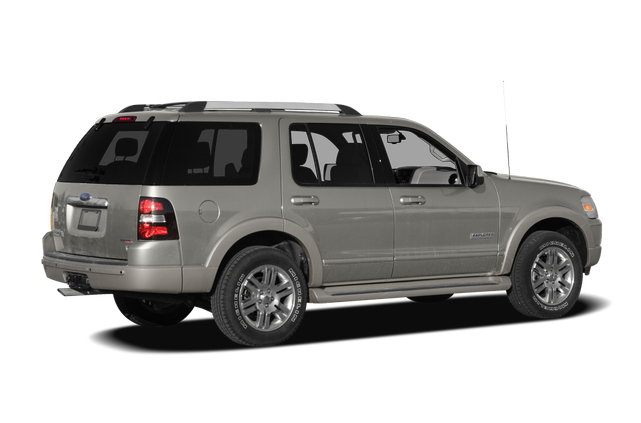 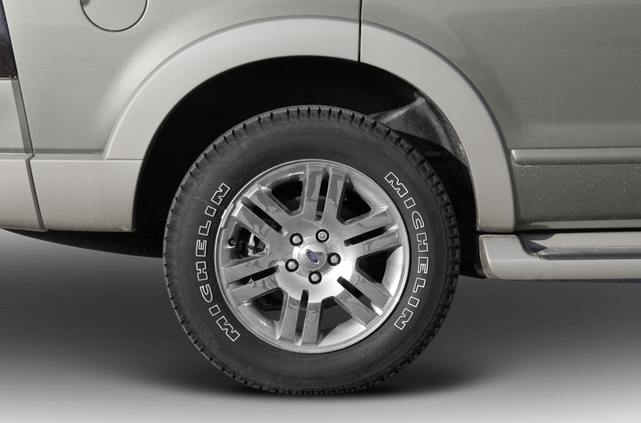 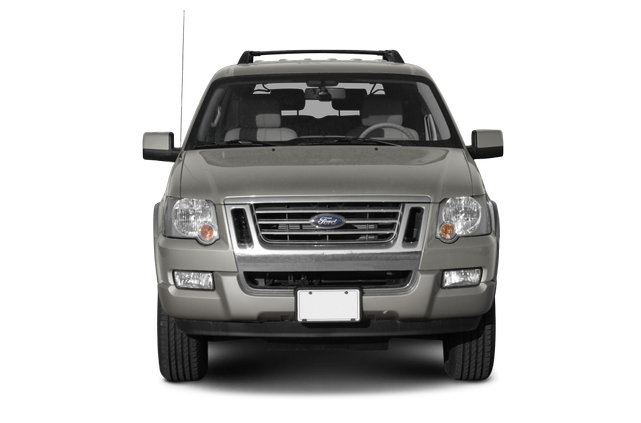 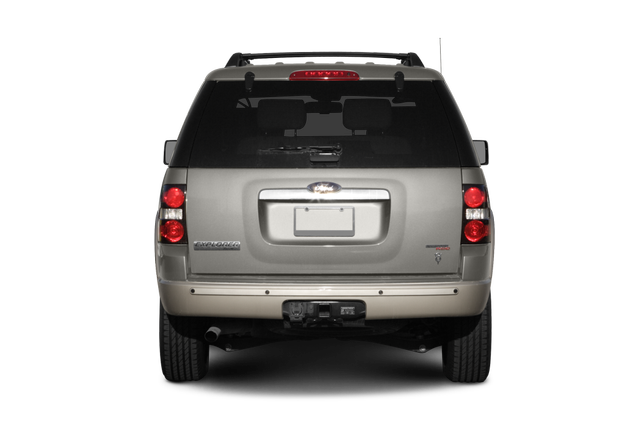 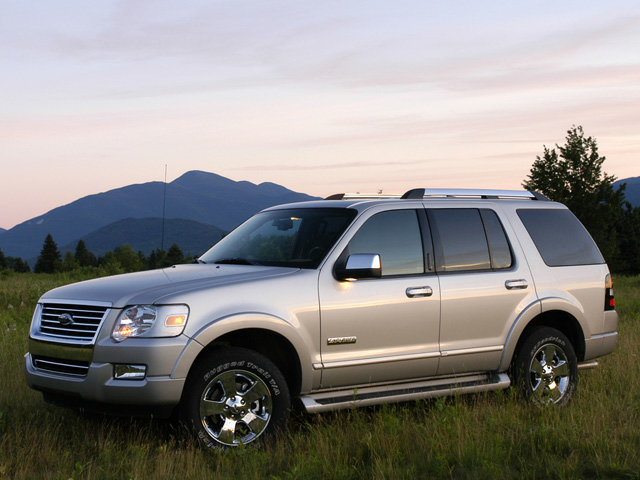 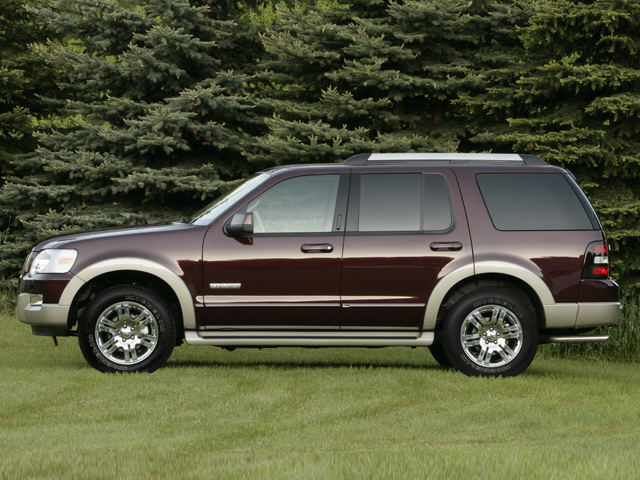 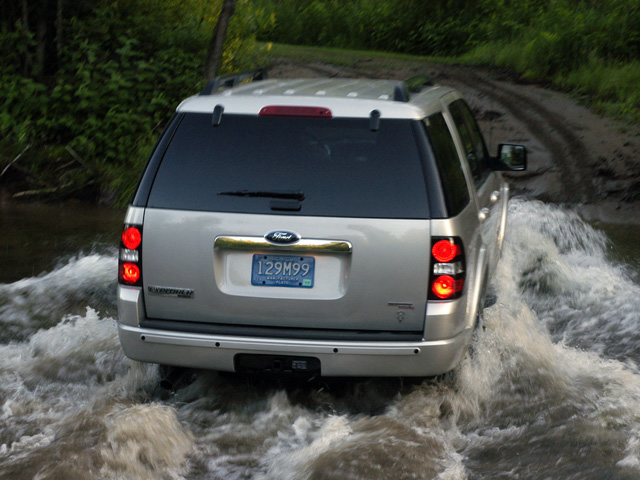 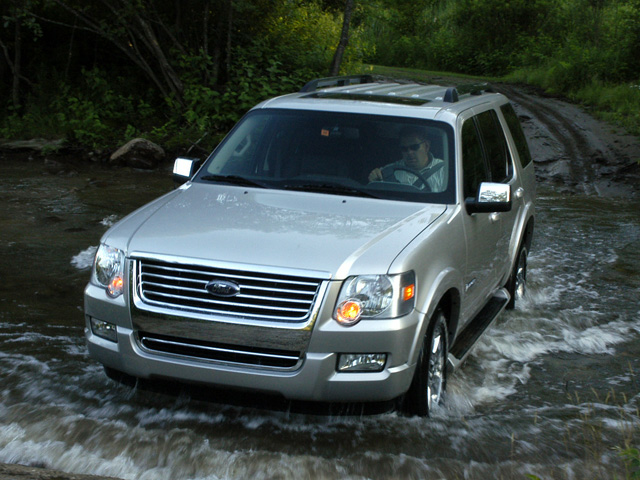 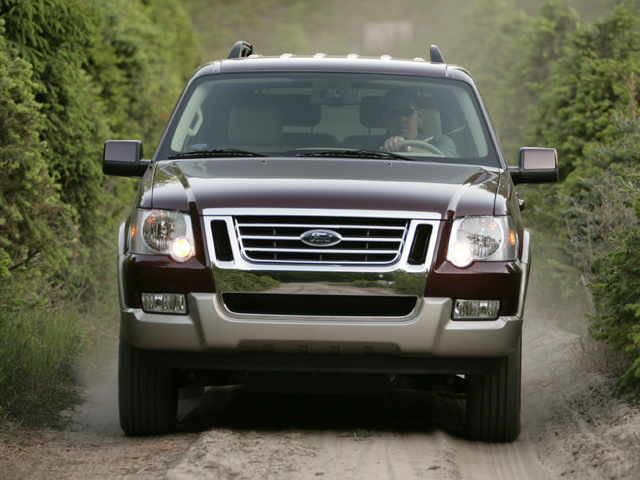 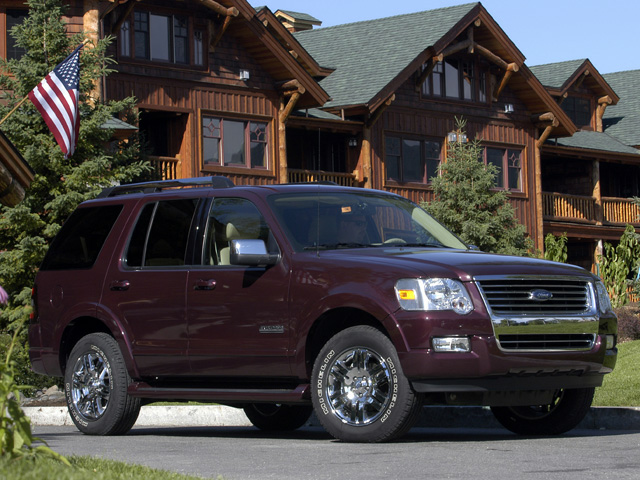 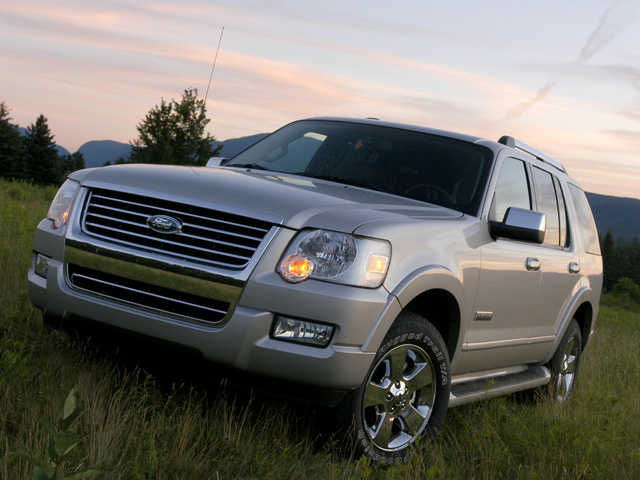 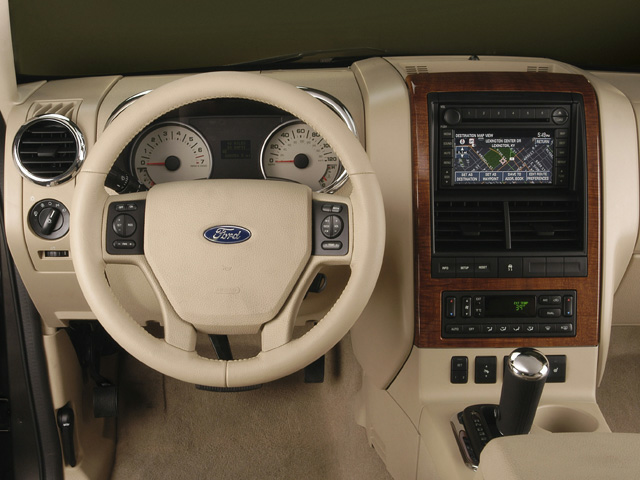 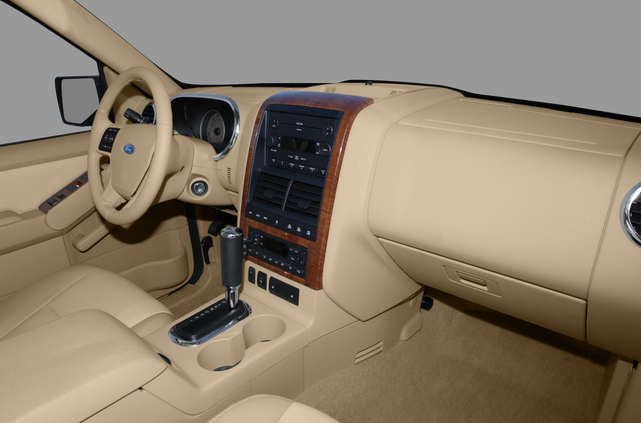 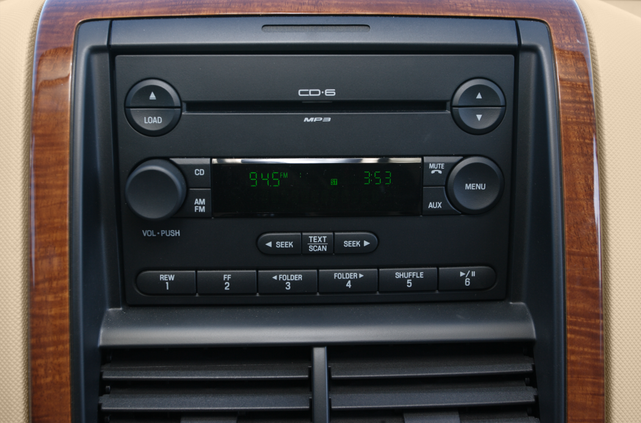 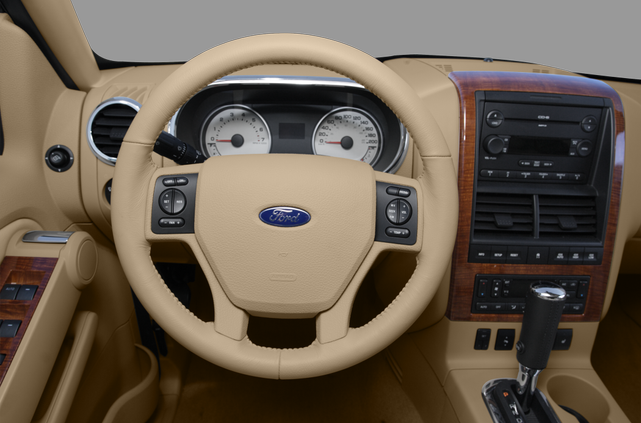 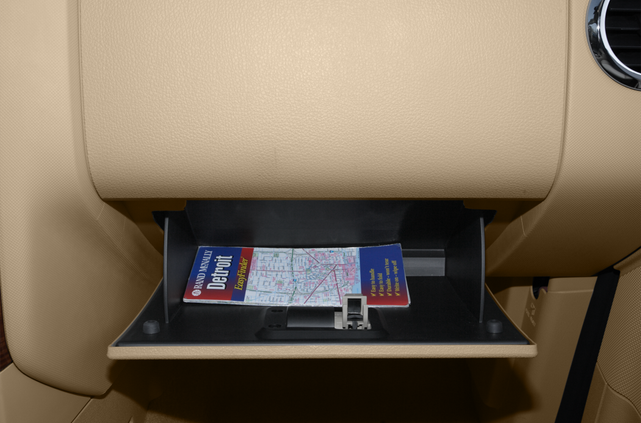 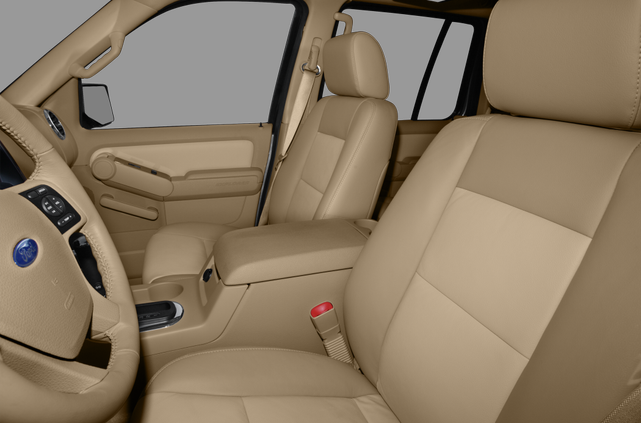 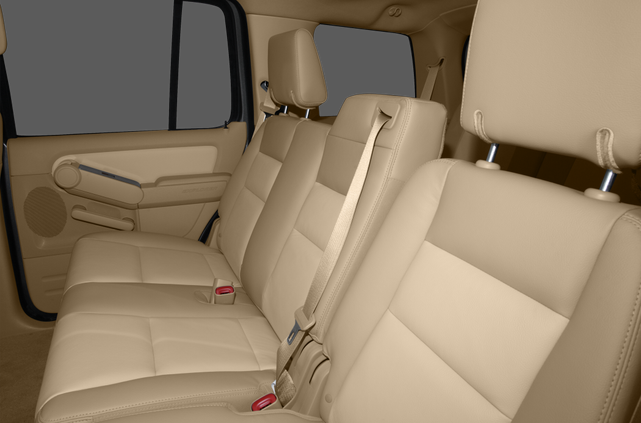 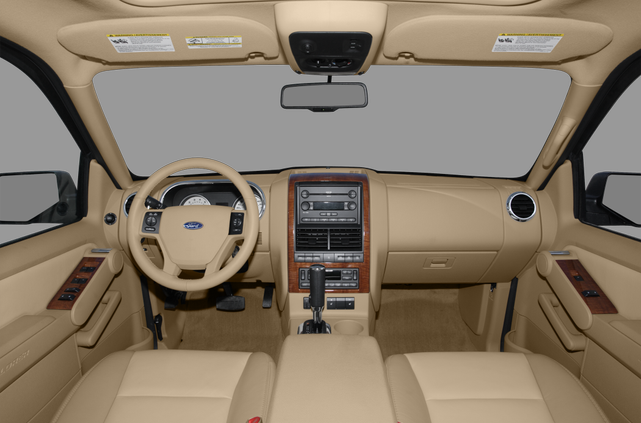