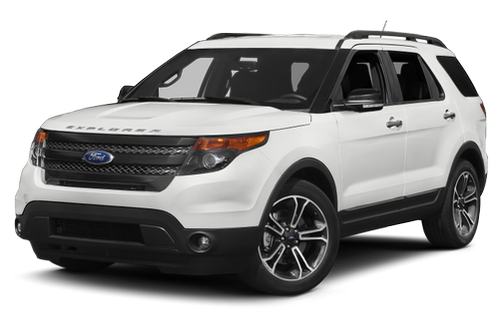 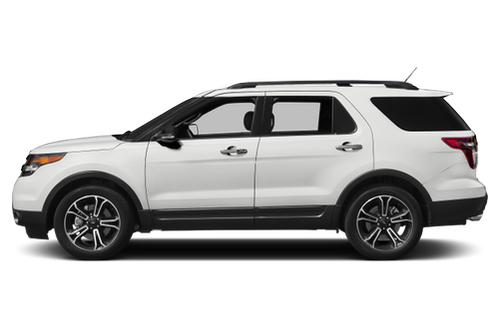 Change year or vehicle
$1,295 — $30,275 USED
38
Photos
View Local Inventory
No listings at this time Get the latest resale value

The 2014 Ford Explorer is an SUV with seating for up to seven. It's available in four trim levels including base, XLT, Limited and Sport. It competes against models like the Chevrolet Traverse, Honda Pilot and Toyota Highlander. Most trims can be had with front- or four-wheel drive, while the Sport has four-wheel-drive standard.

How Does the 2014 Ford Explorer Compare with Other SUVs?

The seven-seat SUV segment is crowded, but the Explorer stands out thanks to its name recognition — though it switched to a car-based design years ago and is now more refined than its truck-based forebear. The Traverse is a bit larger, and the Nissan Pathfinder delivers better gas mileage.

What Features in the 2014 Ford Explorer Are Most Important?

The 2014 Explorer is equipped with a 3.5-liter V-6 engine that generates 290 horsepower. There's also an optional 2.0-liter four-cylinder engine capable of 240 hp. Both engines are paired with a six-speed automatic transmission.

I purchased from Alpha on Johnston street in Lafay

I couldn't wait because of the excitement I wanted to say ithat the ales department was excellent. The financing manager was fantastic as he explained things about the contract, warranty and gap, love... Read full review

The 2014 Ford Explorer currently has 3 recalls

Based on 2014 Ford Explorer Base

All Model Years for the Ford Explorer

Certified child passenger safety technicians conduct hands-on tests of a car’s Latch system and check the vehicle’s ability to accommodate different types of car seats. The Explorer received the following grades on a scale of A-F.*
* This score may not apply to all trims, especially for vehicles with multiple body styles that affect the space and design of the seating.