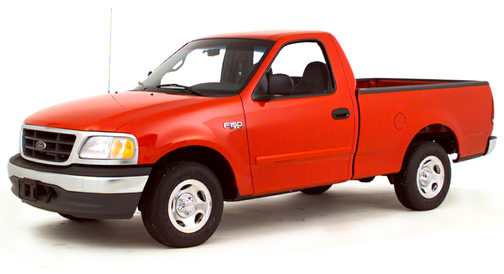 There are some crazy people at Ford Motor Co. who spend careers trying to figure out how to turn ordinary cars into hot rods and pickups into rockets. They are members of the company’s Special Vehicle Team, and though they labor in a corporate world, they seem remarkably lacking in restraint&#151;at least in terms of any holds on their imagination.

It’s the 2000 F-150 Harley-Davidson, distinguished, among other things, by being the first production vehicle ever built by Ford with 20-inch wheels.

Its massive wheels are shod with P275/45R20 Goodyear Eagle GT II rubber, which should relieve the minds of customers worried about Firestone truck tires.

Clearly, Ford wanted to get this one right. And no wonder. The F-150 Harley-Davidson, the first project to emerge from a five-year joint venture between Ford and the people who make Harley-Davidson motorcycles, is aimed at a very special audience.

That means it’s no ordinary F-150, which is no ordinary truck even in generic form. For nearly 20 years, the F-150 has been America’s best-selling vehicle. The limited-edition F-150 Harley-Davidson, 2,000 copies of which are being made at Ford’s truck plant in Oakville, Ontario, is meant to keep things that way. It’s aimed at biker-truckers, or people who want to be bikers and truckers, or deep-pocket members of the Walter Mitty League.

Such folks are very concerned with “authenticity,” the look, sound, feel, smell of being real. Ford has gone way out of its way to give them what they want on this one.

The truck is black inside and out, you know, to give it that “Shut yo’ mouth!” appeal. There are, of course, the classic orange Harley-Davidson pinstripes, with genuine Harley-Davidson insignia strategically placed on outside and interior panels.

Supple, black biker leather covers the interior, and somehow, by golly, Ford and Harley-Davidson even found a way to make the stuff smell like a biker’s leather jacket. That’s not exactly the most aromatic thing whiffed by my nose. But it surely smells real.

Ah, and there are interior, biker-type pouches here and there. It’s wild!

Put it all together with highly polished wheels and the sweetest Harley-Davidson exhaust note (authentic, remember) you ever heard, and you’ve got a truck that police stopped just to check it out. No joke. The brothers in blue weren’t handing out tickets. They just wanted to check out the ride. That’s community relations.

And the ride was something else&#151;smooth, power ful, fast on the highway. The truck remained quite maneuverable in the city, though its low-speed movement there was somewhat ponderous. No matter. It made a wonderful thrummm-thrummm-thrummm noise at idle. I loved that. I really did.

Complaints: The Harley-Davidson F-150 is over the top, sort of like a Hell’s Angel toting a cargo bed for eternal punishment. It’s totally in-your-face, which doesn’t go over well with some motorists, who automatically assume that anyone bold or crazy enough to drive a truck like that is up to no good.

Praise: The Harley-Davidson F-150 is over the top, which delights the recalcitrant rebel in me, bringing a smile to my face and a transient sense of power and independence to my being. This is by no means a practical pickup. Any F-150, or one of its myriad rivals, would be better suited for real truck work. This one is sheer fun.

Capacities: It’s a Supe rCab model, which means it seats four adults in comfort, five with a squeeze. Depending on equipment chosen, the Harley-Davidson F-150 can haul a payload of up to 2,893 pounds and pull trailer weight up to 13,800 pounds. The test vehicle came with a 25-gallon fuel tank. Regular unleaded worked fine.

Mileage: Not much. Barely 16 miles per gallon on highway runs. Not a Sierra Club candidate.

Price: Whatever the market can get. This is a specialty truck. Start thinking in the $30,000 range.

I bought a 2000 F-150 Harley Davidson used 10 years ago. I now have 198,000 miles on it and plan on getting another 100,000 out of it. I have done very little to it other than regular maintenance. I have gotten so many compliments on it. The paint is now getting bad and am getting ready to have it painted. I have had many people try to buy it, not for sale. I love my truck!

great truck for the value

I wish I could keep it because it has never left me down, and it is stylish what a great truck and ford fixed the rust issue from earlier designs

Great car, I would recommend it to anyone who is looking at getting a first car or to Have at the ranch to Hal stuff around and not worry about it getting bet up. 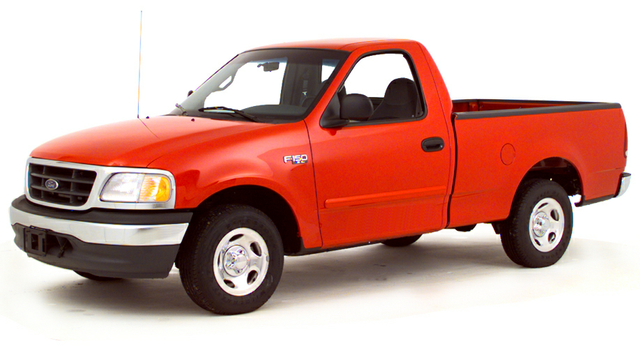 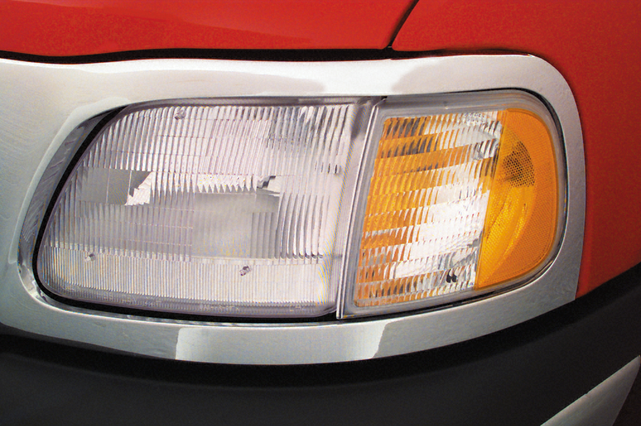 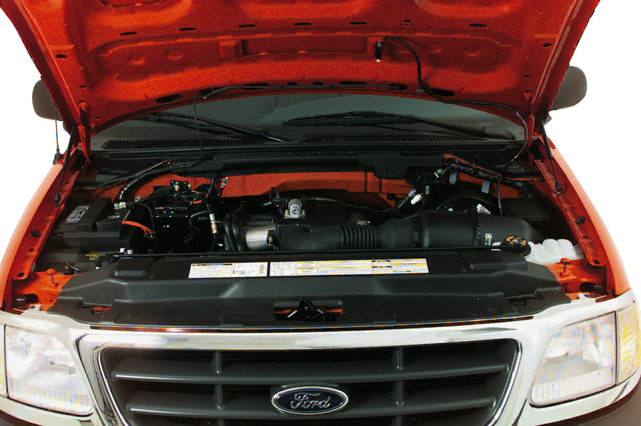 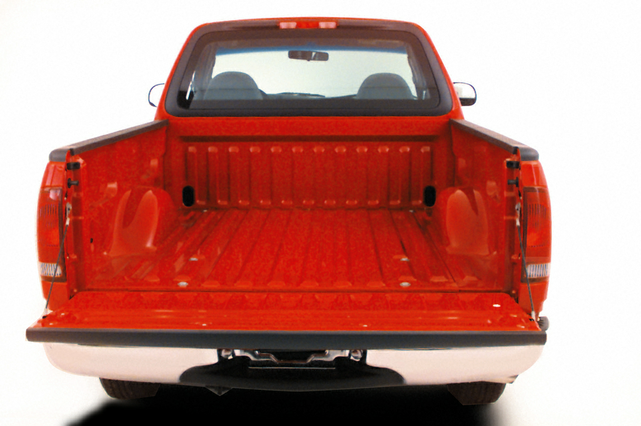 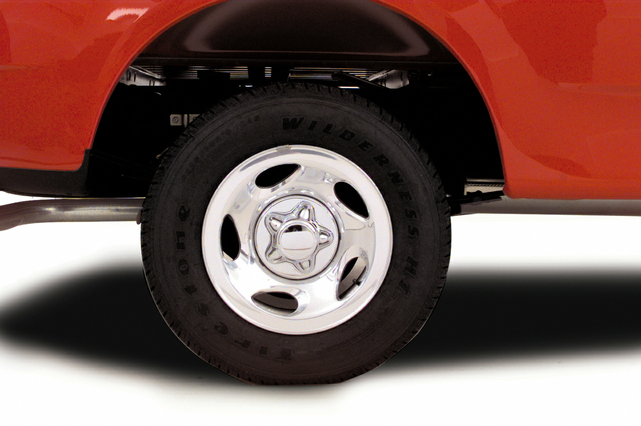 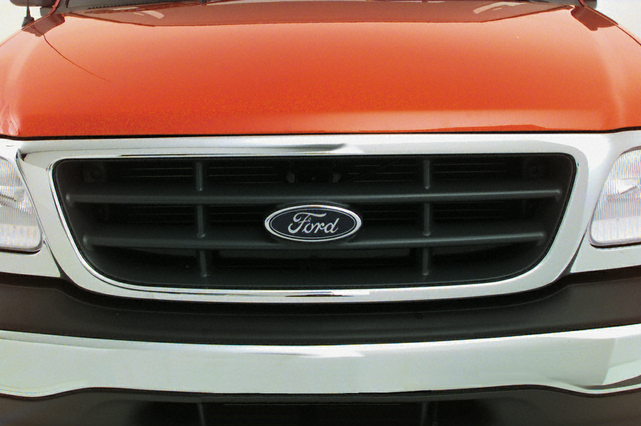 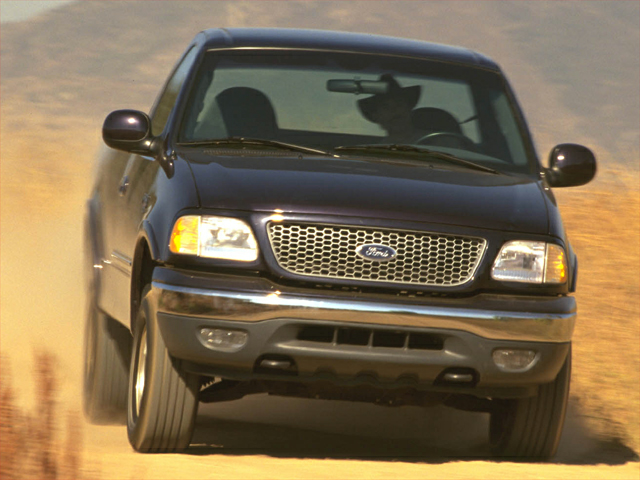 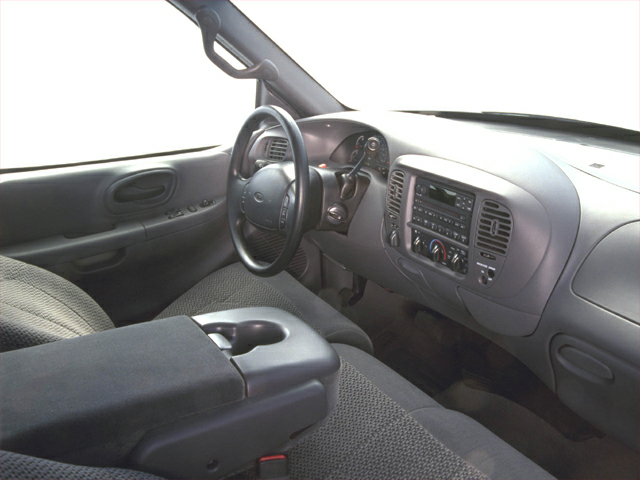 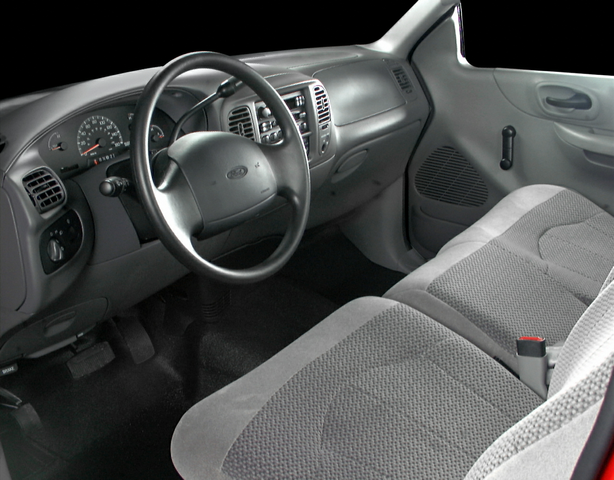 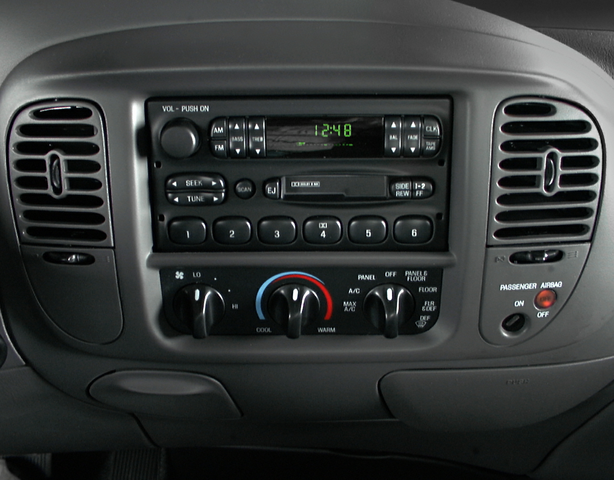 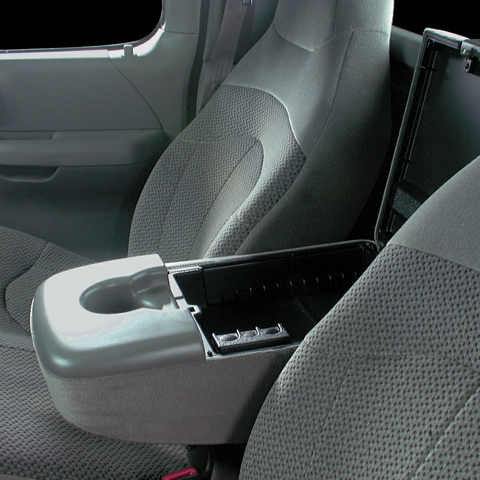