The verdict: The 2018 F-150 improves in all the right areas to make it future-proof for a few more years.

Versus the competition: While currently a favorite, the F-150 will likely face stiff competition from upcoming Chevrolet Silverado and Ram redesigns.

Ford Motor Company’s 2018 Ford F-150 is preparing for an assault from its fiercest rivals, the soon-to-be-redesigned Chevrolet Silverado and Ram 1500. Somewhat out of cycle from its competitors, the F-150 was last fully redesigned for 2015, when it got an aluminum body and steel frame and became one of the most civilized and high-tech trucks around. It also got some unique features, such as adaptive cruise control and a forward collision warning system with automatic braking, that other trucks lack. Will the Ford F-150 instantly be outdated as soon as there’s a new Silverado and Ram? Doubtful, given its updates for 2018.

For 2018, the F-150 gets more power, more torque, more gears and more mpg to better compete with a crop of new trucks on its way — trucks that have undoubtedly benchmarked the impressive F-150. Despite not accelerating as fast as the 6.2-liter-powered Chevrolet or GMC trucks in our previous testing, the Ford F-150 still takes the crown for drivability.

For this review, I drove a 2018 Ford F-150 Platinum (the second-most-expensive trim level) with the updated 5.0-liter V-8 and its new 10-speed automatic transmission. You can read about the full engine lineup, including a new base 3.3-liter V-6, in our First Drive of the 2018 Ford F-150. Half-ton truck shoppers are no doubt familiar with sticker shock, so we’ll just mention our test truck’s $63,800 price tag and move right along.

The 5.0-liter V-8 isn’t the flashiest powertrain option in the F-series lineup (the 2.7-liter and 3.5-liter turbocharged EcoBoost V-6s get that nod). In previous years, the V-8 felt more like a courtesy engine for die-hard V-8 truck buyers. Why? Because it was matched in our acceleration and towing tests by the less-expensive turbo 2.7-liter, and it was easily outperformed by the more fuel-economy-conscious 3.5-L EcoBoost engine.

For 2018, the 5.0-liter gains a new fuel-injection system with both port and direct fuel injection for 10 more horsepower and 13 more pounds-feet of torque, up to 395 hp and 400 pounds-feet. That extra power and torque, teamed with the 10-speed’s added gears, make the 2018 5.0-liter a more compelling engine option for die-hard V-8 buyers — though if you’re looking for my recommended engine, the turbo 2.7-L V-6 is the jack-of-all-trades that no one should be ashamed to buy, even if it’s missing a few cylinders. But if you must have a V-8, the 2018 F-150’s is better than before.

The result is less falloff in engine speed between gears, plus continuous, smooth pulling power. Programming is exceptionally intuitive, and the transmission downshifts promptly and can jump half its gears if needed. Another editor noted engine lugging at slower speeds as well as some hunting of gears, but an easy way to resolve that is by switching to Sport mode, which hangs on to numerically lower gears and isn’t too aggressive to drive on a daily basis.

Ford F-150 buyers also get improved fuel-economy ratings, up an EPA-estimated 1 mpg in all categories with four-wheel drive to 16/22/18 mpg city/highway/combined. With rear-wheel drive, fuel economy is up 2 mpg in the city and 1 mpg both on the highway and overall, at 17/23/19 mpg. On its own, that may not seem significant, but combined with the truck’s significantly improved drivability, it’s a notable benefit.

The four-wheel-drive, V-8 Platinum SuperCrew I drove is on the higher end of the F-150 spectrum. It’s priced at more than $60,000 and is only one slot below the top Limited trim. For 2018, there aren’t many improvements to the cabin, technology or even ride and handling, which we cover in-depth in the 2016 Ford F-150 expert review. The F-150 Platinum remains a luxury truck in the sense that it’s super nice to drive and has interior quality, features and technology that stand out in the segment.

Interior quality is on par with an entry-level BMW sedan, and the ride and handling are unlike any other half-ton truck, with agility and on-road stability reminiscent of a much smaller non-truck; it feels more like an SUV, in fact. The available 360-degree cameras, massaging seats, impressive new B&O Play stereo by Bang & Olufsen and class-exclusive adaptive cruise control — which also works while towing a trailer — seal the deal: The Ford F-150 is more than simply a utility vehicle.

The F-150’s crashworthiness ratings are best-in-class. It scored the highest rating in Insurance Institute for Highway Safety crash tests, but it lacks Top Safety Pick status because of poor headlight performance. The 2018 F-150 model year hadn’t been tested by the National Highway Traffic Safety Administration as of publication.

The F-150 is the only half ton with optional forward pre-collision warning and automatic emergency braking. Others have collision warning but won’t automatically apply the brakes to prevent a collision; that could easily change with the next-generation Chevrolet Silverado and Ram 1500, however.

We have yet to subject the 2018 Ford F-150 to a full towing test, but historically, additional gearing has helped improve towing performance, both numerically as well as in seat-of-the-pants comfort thanks to a drivetrain that’s more responsive and an engine in its peak torque range. Maximum towing for 2018 increases to 13,200 pounds when equipped with the 3.5-liter EcoBoost engine. Maximum payload honors go to the 5.0-liter V-8 at a rated 3,270 pounds. Ford Motor Company’s Pro Trailer Backup Assist remains a unique option that takes the guesswork out of backing up a trailer.

More than $60,000 is certainly a lot of money to spend on a vehicle often seen as a utilitarian workhorse, but the F-150 Platinum has an interior, feature set and drivability satisfying enough that I didn’t scoff at the price after spending a couple of hundred miles behind the wheel. And you don’t have to spend $60,000 to get a really good F-150, as detailed in our 2016 test of the 2.7-liter mid-trim-level extended-cab XLT: It had four-wheel drive, remote start, an LED-illuminated cargo box, a tailgate step, a trailer brake and a spray-in bedliner for $43,085.

The F-150 Platinum, however, can take your payload to work, take your kids to school and be taken out for a date night without pause. And for its price, the F-150 offers features and drivability the other half tons don’t — for now, anyway.

I have been driving my F-150 5L V8 Extended cab for the last 2 year hauling a truck camper and towing a bass boat. It has performed flawlessly. Great acceleration and a smooth comfortable ride. The gas mileage is acceptable for the load it is carrying. I honestly can't think of a downside to this truck. I looked for a couple of years to find just what I was looking for and I found it.

August 1, 2022
By Max from Sudbury, Ontario
Owns this car

2018 XTL, 4X4, 302A Package 48000 mi. Other than wheel bearings, the vehicle has been flawless. Lots of room and the 2.7L has pep and is economical to operate. My major complaint is OE running boards, the chrome peels. No issues with the motor or transmission. Only expense other than fluid changes was new front brakes. This vehicle is driven in Northern Ontario and performs remarkably well in snow and rough roads. The 5' bed is perfect for our needs of hauling material for our DIY projects. We have hauled up to 3/4 yard of gravel without any difficulty It is the best vehicle I have ever owned.

Rating breakdown (out of 5):
4 people out of 5 found this review helpful. Did you?
Show full review
2.9

I bought my truck new on Dec 30th of 2018. I initially loved it. But my first warning sign was the engine was losing oil almost immediately- I set my oil changes for 5,000 miles. By the time I had an oil change it was right at a quart low. I thought it was a fluke and got 10,000 mile oil as I am very busy and it saves time. At 7,500 miles the truck was 2.5 Qts low on oil. I switched to 3,000 mile oil and oil changes then. The engine was also making a plastic raspy noise whenever I let off the accelerator. Fast forward to this June. At this point Ive had the truck 3.5yrs, 86,000 miles. Never missed an oil change/service. The engine light starts flashing. So I have it towed to a local mechanic thinking it was maybe coil packs. He was stumped. Next have it towed to the Ford dealership. They call me today saying it has multiple cam timing issues. The cost to fix it is $4,700!!!!! FOUR THOUSAND SEVEN HUNDRED.... The whole reason I invested in a new truck was so that I would have something that would be dependable for many years. Instead, I get a new truck that hasn't even lasted as long as the used trucks I've bought. I could not be anymore more disappointed and angrier with the quality of this truck. It's a pretty truck, but if you want something dependable, look elsewhere.

Rating breakdown (out of 5):
10 people out of 13 found this review helpful. Did you?
Show full review
See all 819 consumer reviews 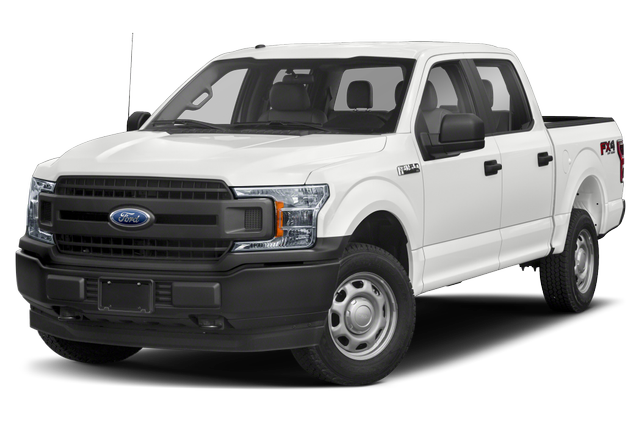 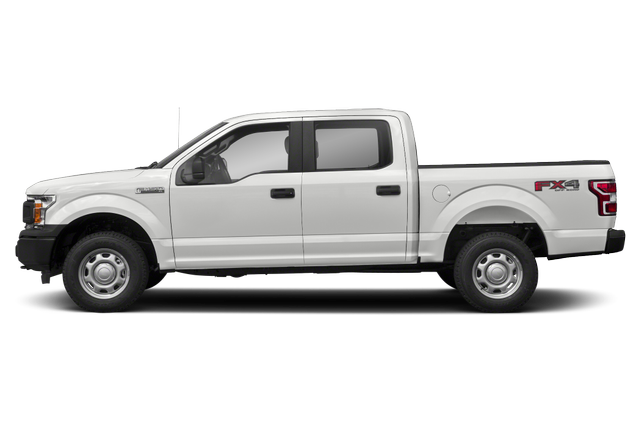 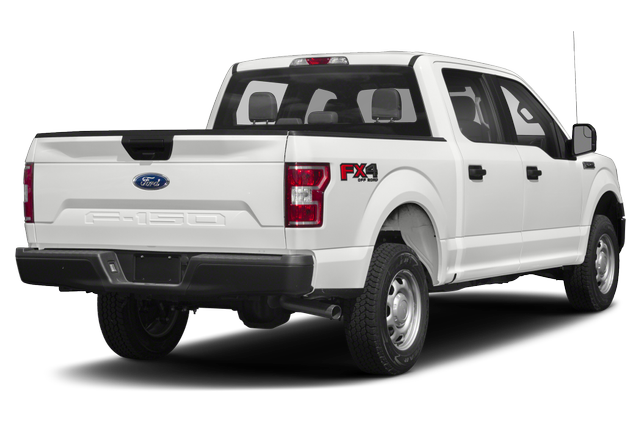 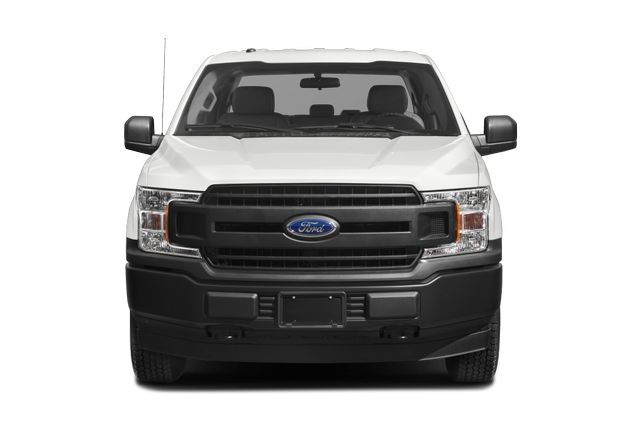 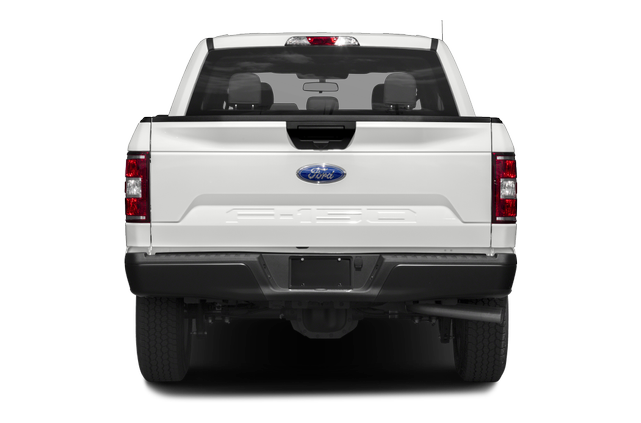 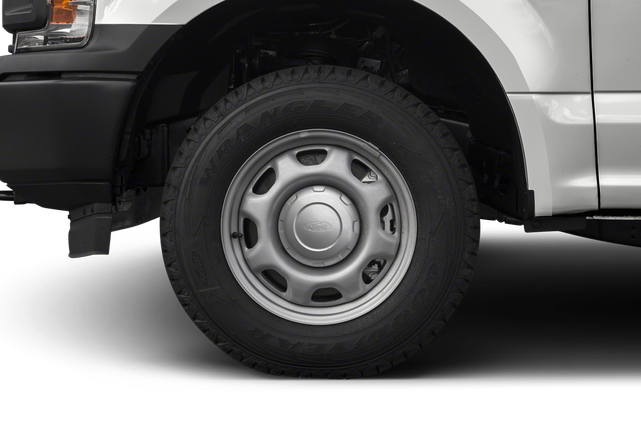 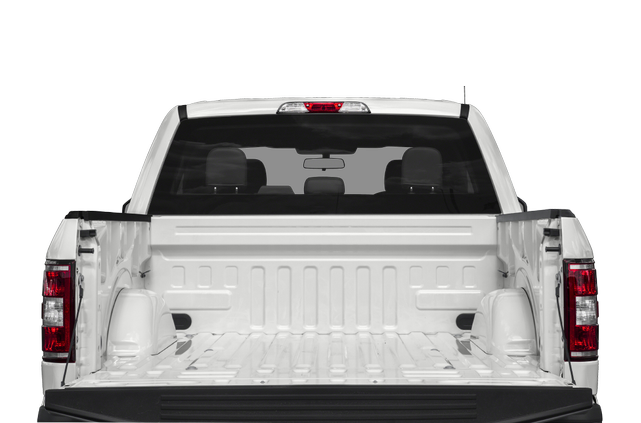 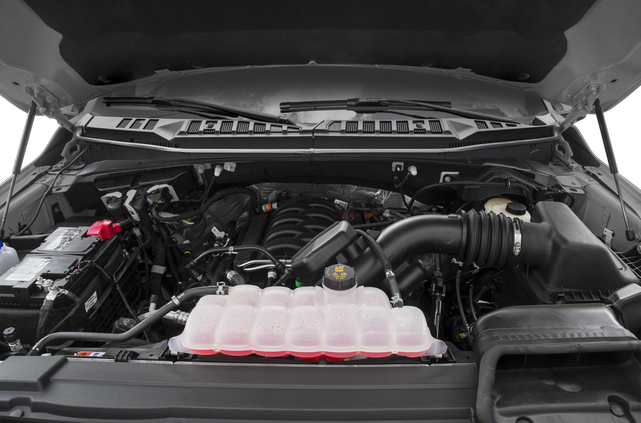 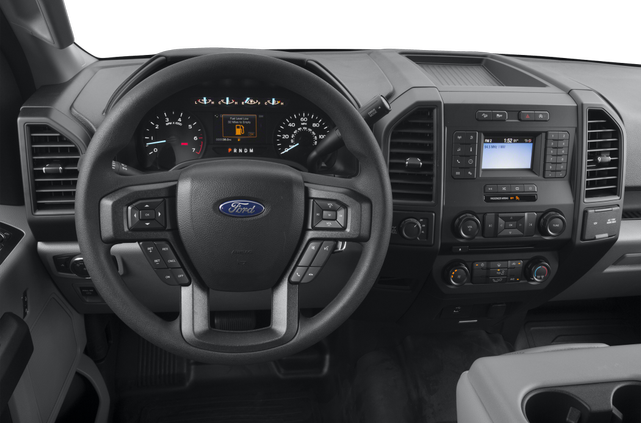 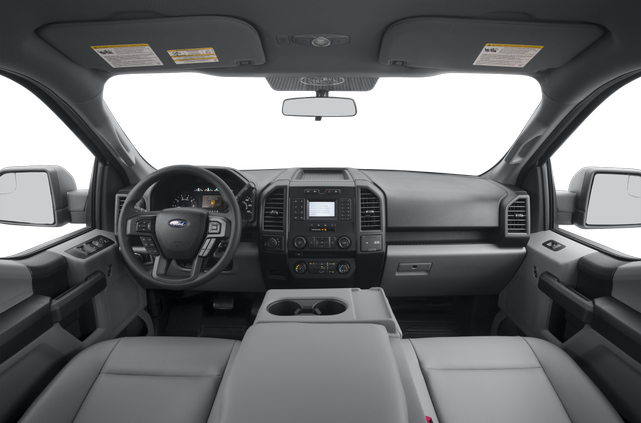 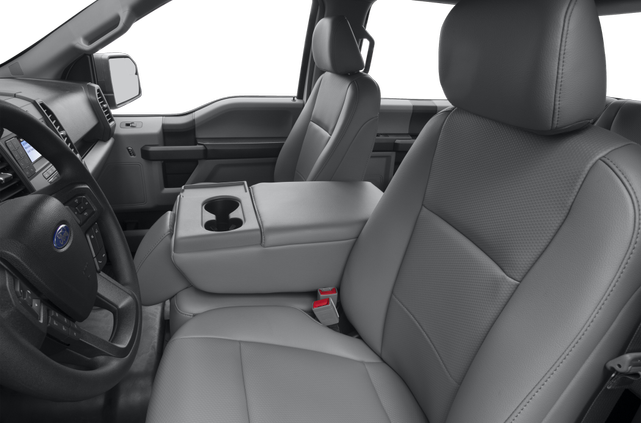 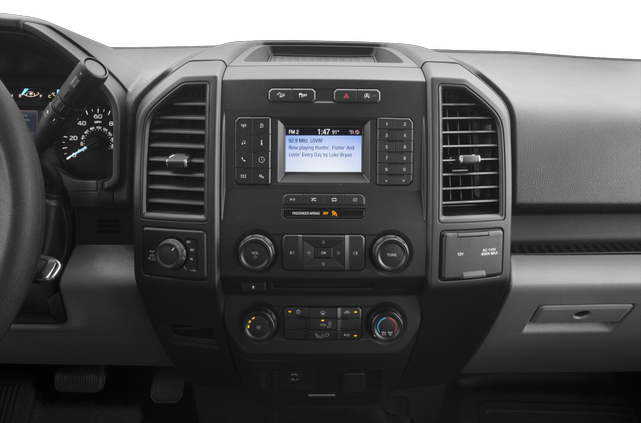 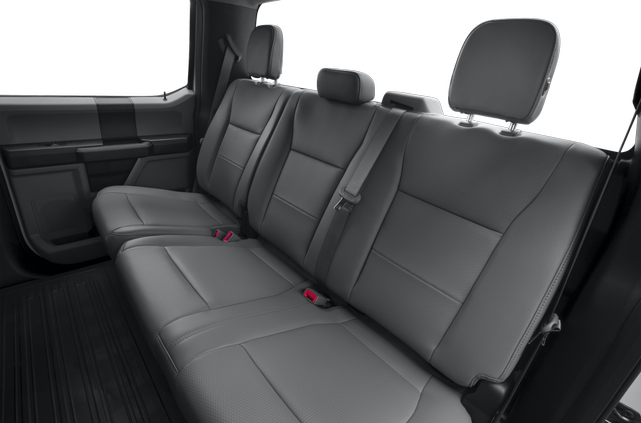 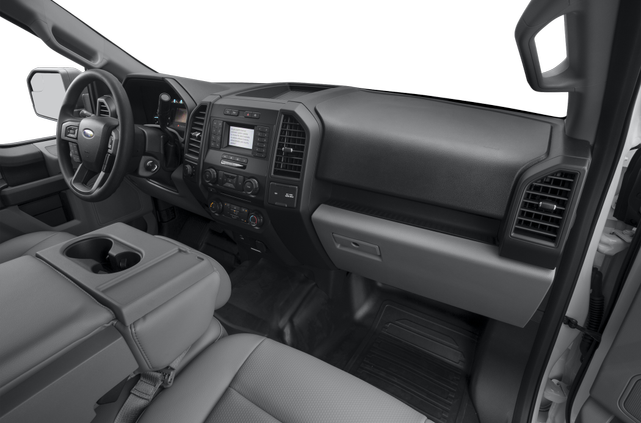 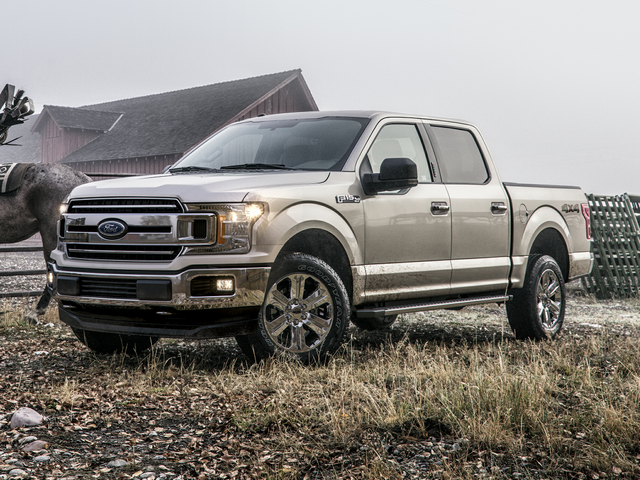 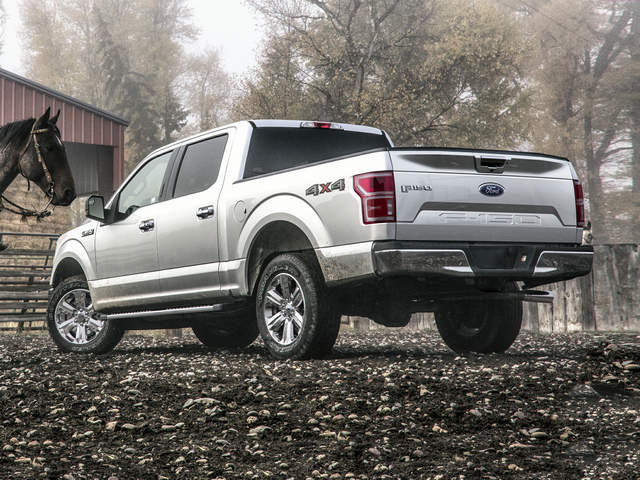 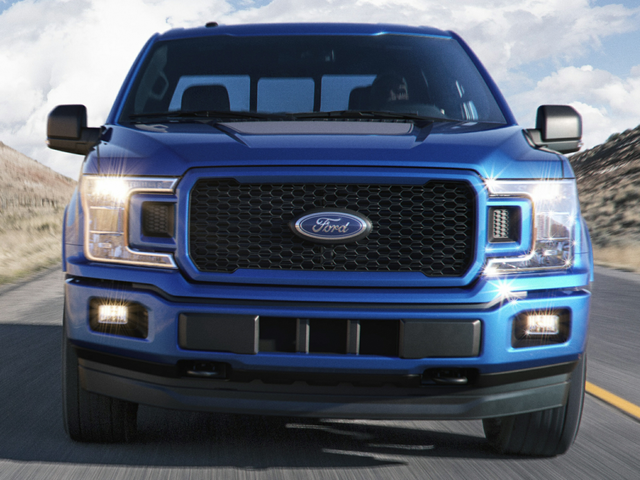 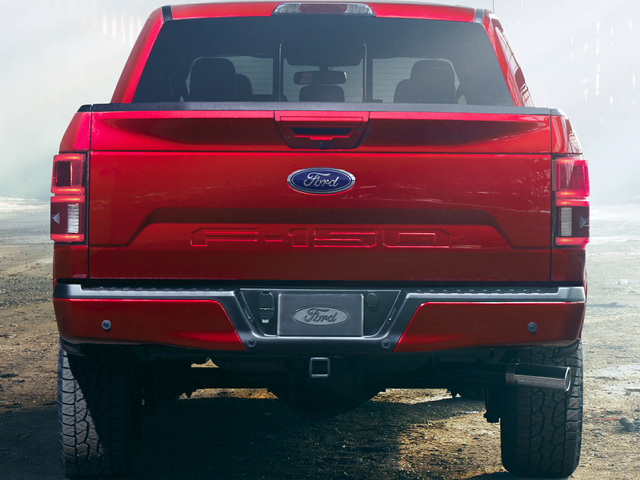 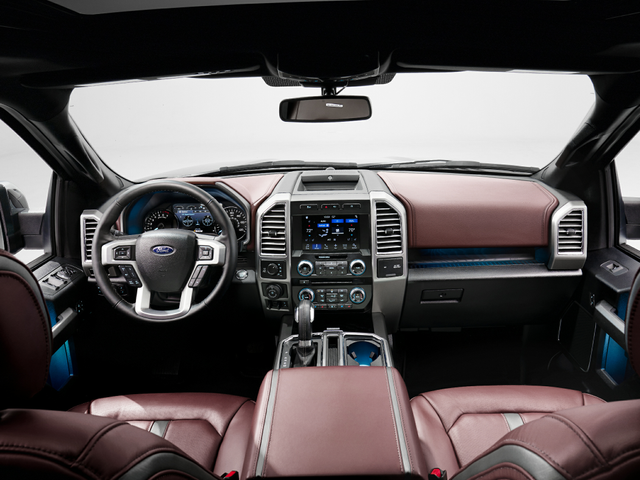