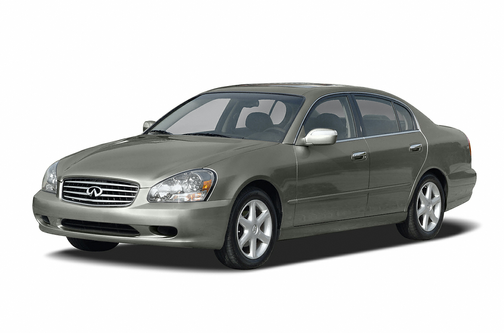 Our 2004 INFINITI Q45 trim comparison will help you decide.

Q45 is all about power but suffers from tech toy overload

Is too much technology a badthing? A world-class luxury sedan like Nissan Motor Co.’s 2004 Infiniti Q45 has to make you wonder. We love features like the standard RearView Monitor, which could help prevent backing over trash cans and toddlers. But the controls and center-mounted video display for climate and audio systems are way too confusing, and we never did quite get the hang of the voice-recognition system.

And, yes, we do know how to program our VCR.

HE: I was a big fan of the original Q45 when it landed here back in 1989. Now that car didn’t look or feel anything like the competition. But over the last 15 years, two things happened to Infiniti’s flagship sedan. It got way more amenities and technology. And it lost an awful lot of its edgy personality. That’s not necessarily a bad thing. Today’s Q is one of the nicest, most luxurious premium sedans on the market, at a surprisingly attractive price — if you’re in the market for a $50,000-plus vehicle. Most people who are prepared to spend that kind of money, however, don’t want their wheels to get lost in a crowd. And therein lies one of my biggest complaints with the Q45. The technology barrier is also a concern.

SHE: The style barrier is an even bigger concern to me. We live in a fabulous neighborhood of auto executives who often bring their own test cars home. The week we had the Infiniti was the same week that one of our neighbors brought home a brand-new 2005 Cadillac STS. I found myself wishing that the bland Q45 was as sexy and stylish as the STS. I also know from the doctors in our neighborhood that they love the Infiniti because it’s a stealth luxury car. It doesn’t scream money. So you have to decide what kind of person you are — ostentatious like me or low-key like our doctor-neighbors.

HE: Hey, most of those docs are still into power, and the Infiniti is all about power. One of the car’s most impressive features is the powertrain, which is an area where Nissan and Infiniti really have excelled in recent years. Under the hood of the Q45 is a big, twin-cam, 4.5-liter V-8, which makes 345 horsepower and 333 pounds-feet of torque. It’s coupled with a smooth-shifting five-speed automatic that has a manual-shift mode. The combination is powerful and quite pleasant — just right for high-speed, long-distance touring. Fuel economy is only so-so, at 17 miles per gallon in city driving and 23 on the highway.

SHE: I thought the instrument panel was a mess, especially that video-arcade display in the center stack. Too hard to figure out how to work the climate controls and the audio system. Thank goodness the RearView Monitor — which uses a small camera mounted near the rear license plate — comes on automatically when you put the car in reverse. This is a feature that should be mandatory on tall SUVs and minivans. But I never figured out how to get the Infiniti’s voice-recognition system to work. I’m philosophically opposed to any vehicle that requires a tutor to help you understand how to operate the basic systems. This is a complaint we’ve heard from other consumers — including at least one physician — about the Q45.

HE: We haven’t really talked about all the things that are just right on the Q45. The bird’s-eye maple trim is exquisite. The seats are simply sensational — comfortable and supportive. There is all kinds of room, especially for rear passengers. The car’s suspension is supple, and the ride is controlled without feeling overly firm. I really did enjoy putting miles and miles on the Q45.

SHE: You have to compliment Infiniti for all the terrific standard safety features. In addition to the rear-view camera, the Q45 comes with front and rear de-curtain air bags, plus front-seat active head restraints that help reduce whiplash. Even the rear seats have adjustable headrests. You also get antilock brakes with emergency brake assist, plus traction control and stability control. If you want to stretch the point, the “Gatling gun” xenon headlamps, with seven tubelike lenses on each side, are also a safety feature because they really illuminate the road at night.

HE: I have to admit that I’m not the target demographic for the Q45, and not just because I lack an M.D. If I had $50,000 to spend, I’d probably be looking at a BMW and possibly a Mercedes, partly because of the cachet associated with those older European brands and partly because I love driving BMWs in general. But if you’re into that “stealth wealth” mode that Anita talked about, you’ll feel just as pampered, with very little sacrifice in performance, in the Infiniti Q45.

January 28, 2018
By Nascar Girl from Alabama
Owns this car

Well made car and head of it's time with updated amenities. Good comfort inside for long trips and holds value well.

November 14, 2017
By Nascar Girl from New Orleans
Owns this car

This is a very nice luxury car that is very comfortable. It comes with updated technology. The down fall is V8 engine and the premium gas intake. If you can afford it its worth having.

January 29, 2017
By luxurysedanguy
Owns this car

Nissan bills the Infinity as their luxury line. It is not even close to a Lexus or Mercedes. It has good performance, but that's where the positives end. The suspension is harsh and noisy and the car in general does not meet the comfort standards of the competition. I drive a Mercedes 500 S and the Infinity is not even close to the Mercedes when you compare the cars for comfort and safety. My son owns a Lexus which I have driven and the Infinity falls short again. The reliability of the Infinity has been horrible. I replaced both front bearings and the drive shaft at a cost of $2,400 before the car had 60K on it. The cruise control is a joke with the computer mounted below the front bumper where it is exposed to the elements. That fix cost $1,500! I can list numerous repairs in the $200-500 range. The car suffers from poor design and the use of cheap parts in building it. If reliability and cost of repairs is important to you steer clear of this brand. The Mercedes has never had parts fail like this and compared to the legendary reliability of the Lexus the Infinity is junk.

All model years for the INFINITI Q45 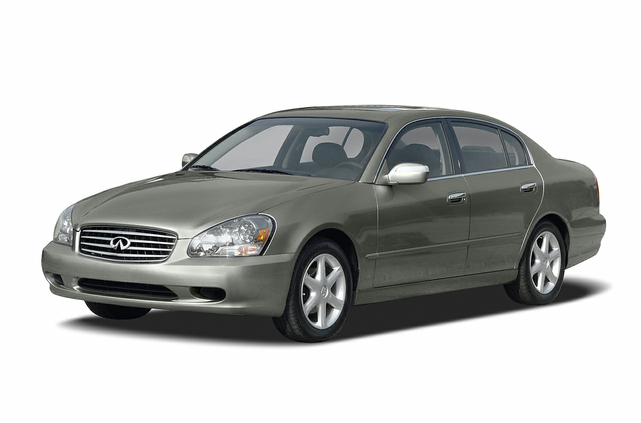 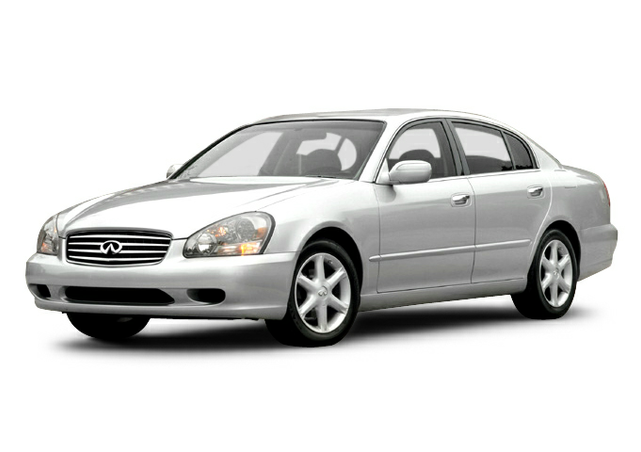 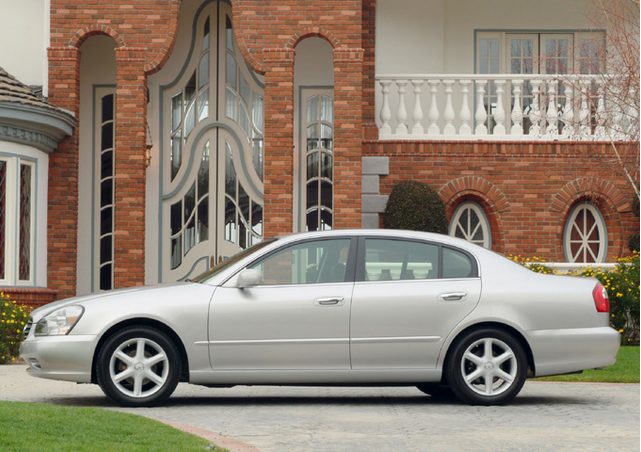 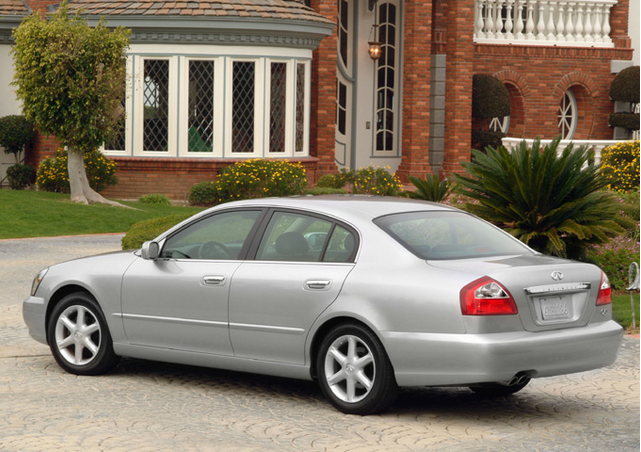 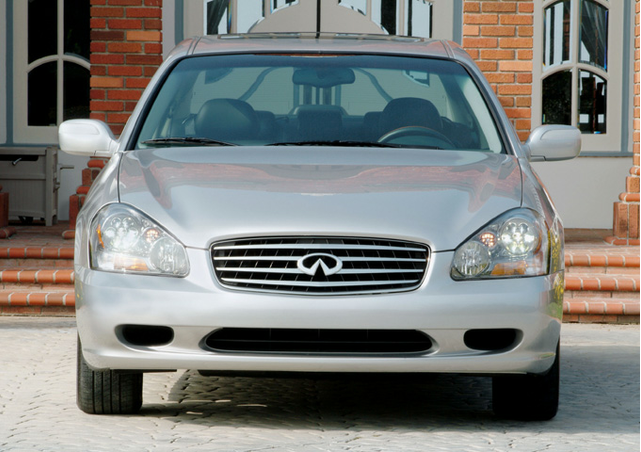 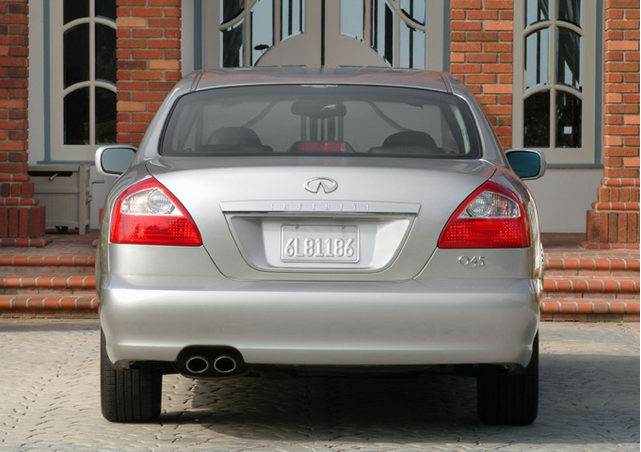 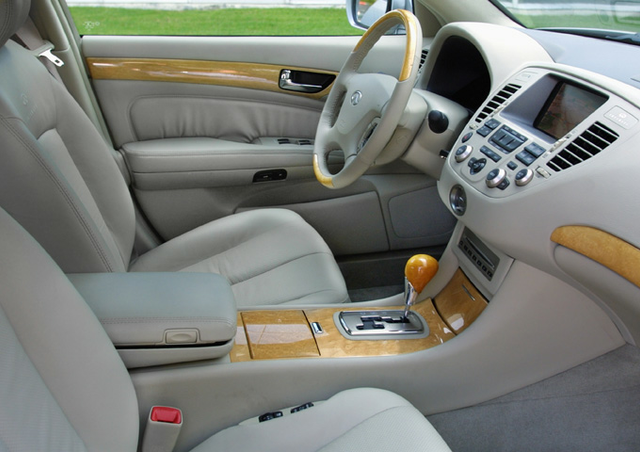 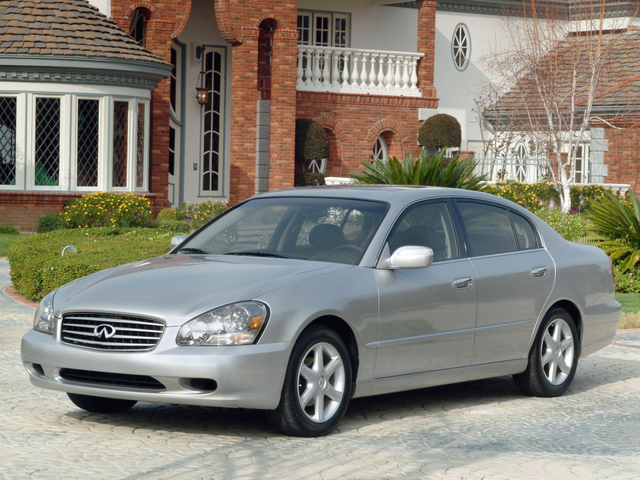