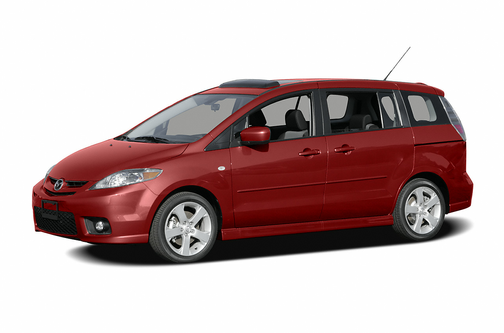 Our 2006 Mazda Mazda5 trim comparison will help you decide.

The Mazda5 minivan is fun to drive. That’s right: A minivan that’s fun to drive. How can this be? The answer’s beneath the sheet metal, as the six-person Mazda5 rides on a compact car platform, specifically the one used by the nimble Mazda3, and it’s smaller than traditional minivans.

The benefits of this approach — sporty handling, minimal body roll and manageable dimensions — are readily apparent after only a short time behind the wheel. There are also, however, some significant drawbacks.

Exterior & Styling
If it weren’t for its sliding rear doors, the Mazda 5 model would undoubtedly be considered a hatchback rather than a minivan. Mazda says sliding rear doors offer easier access to the second- and third-row seats, and are easy to open in tight parking spaces (not to mention less likely to ding other cars when they’re thrown open by exuberant kids on a trip to the mall).

Though it retains the basic shape of a large minivan, the Mazda5 looks sporty nonetheless. In my opinion, Honda’s Odyssey has been the sportiest looking minivan on the market since it was redesigned for 2005, but I think the Mazda5 is sportier yet. It features a raked windshield, an aggressively styled front end, a tapered roofline and standard 17-inch alloy wheels and tires.

Ride & Handling
The Mazda5’s steering response is designed to engage the driver. A turn of the wheel delivers a quick change of direction, and there’s a fair amount of feedback. The suspension is on the firm side, but it provides a tolerable ride even on the broken pavement that’s prevalent near Cars.com’s Chicago headquarters.

Going & Stopping
All Mazda5s have a 2.3-liter four-cylinder engine that makes 157 horsepower and 148 pounds-feet of torque. It’s a smooth-revving unit, but it doesn’t have a whole lot of extra power. With a full load of passengers and cargo, it wouldn’t be hard for the normally adequately powered Mazda5 to be underpowered.

That said, with one occupant and limited cargo, the Mazda5 cruises easily while you are out touring on flat highways at speeds approaching 80 mph. The cabin gets a bit loud when going that fast, with both wind and road noise contributing to the din.

The four-cylinder teams with either a standard five-speed manual transmission (the Mazda 5 is currently the only minivan that offers a manual) or an optional four-speed automatic. The automatic transmission’s shifts are smooth, though its clutchless-manual mode is uninspiring (like most I’ve experienced). If you want the control a manual transmission provides, get the real thing. You’ll save some money as the automatic costs $900 extra and has slightly worse fuel mileage: 21/26 mpg (city/highway) versus 22/27 for the manual.

An irritating trait emerged during highway driving: If the cruise control was set at 70 mph and was resumed when traveling around 65 mph, the automatic transmission would kick down to accelerate. It’s a completely unnecessary response; the engine isn’t that short on power.

All-disc brakes measure 11.8 inches in front and 11.9 inches in back. The front discs are ventilated for better heat dissipation.

The Inside
Here’s where the Mazda5’s compact car origins catch up with it. When compared to larger front-wheel-drive minivans, there’s just not a lot of extra space behind the front bucket seats. The Mazda5 does, however, make efficient use of the space it has.

The Mazda5’s front seats have aggressively bolstered backrests and are supportive enough to leave you feeling good even after hours at the wheel. They’re fairly snug, though, and may not be comfortable for all body types.

The second row has two bucket seats that can slide fore and aft for additional legroom in either the second or third row. The seats also recline, and most adults will be able to get comfortable in them.

Adult comfort dips a bit in the 50/50-split third-row bench seat, but it’d be acceptable in a pinch for short trips. If anything, the third row will likely be the hangout for kids, and there’s enough space for them. The second- and third-row seats fold down to create a flat load floor stretching from the rear liftgate to the back of the front seats, good for more than 5 feet.

Give Mazda credit for devising a way to fit six people in relative comfort inside a vehicle that’s only about 3 inches longer than a Toyota Corolla. The downside of this trick is that there’s very limited space — 11.7 cubic feet — behind the third-row seat for any luggage when those six seats are occupied.

Safety
As of publication, the Mazda5 has not been crash tested. Standard safety features include antilock brakes, side-impact airbags for the front seats and side curtain airbags for all three rows of seats. Second-row seats have LATCH child-safety seat anchors and top tethers, but the third-row seat only has top tethers.

Cargo & Towing
If it’s not carrying six occupants, the Mazda5’s measly cargo area can be expanded to 44 cubic feet by folding the third-row seat down. With both the second- and third-row seats folded, there’s 89.3 cubic feet of cargo room. Releasing the liftgate reveals a large opening to the cargo area, and the liftover height is sufficiently low to make loading small furniture easy. The Mazda5 is not rated for towing.

Features
Notable options include a navigation system, DVD entertainment system and a remote starter. A number of dealer-installed accessories are available, including bike and snowboard carriers.

Mazda5 in the Market
Just as others are leaving the small minivan segment, Mazda adds its second offering with the Mazda5, which joins the MPV. While some may question the move, I think there’s a market for this type of vehicle. Its introduction should allow Mazda to supersize the MPV to better compete with the Dodge Grand Caravan, Honda Odyssey and Toyota Sienna.

Market positioning aside, the Mazda 5 manages to offer surprising utility in a package that’s not as mundane as the traditional SUV or minivan, and that likely will appeal to a number of shoppers.

More of a sport wagon than minivan.

March 18, 2021
By Roy C. from Gettysburg Pennsylvania
Used to own this car

I bought a used 2006 Mazda 5 Base Sport that was 3 years old from a dealership and while maintenance cost while making payments was low and fuel economy good, comfort however for a man who is 6 foot 200 lbs is non existent especially in the lumbar region. The car is peppy like the Mazda 3 that's hidden below the sport wagon facia the Mazda 3 small disk brake set up isn't good going down a steep mountain road as you eye the run away truck ramp standing on the brake pedal and smelling it heat up. And while driving up the same said steep mountain road the 4 cylinder engine will blow the oil cooler under the strain. As to the interior the plastic and latching components are inferior and prone to easy breakage as was the case of the lever to fold down the useless third row seating. Other than that it's nimble and will round and hold curves like a sports car and it's suspension is handles the bumps and ruts like a sports car not a luxury car with air ride suspension. If you are a small family of 4 wanting a peppy wagon the Mazda 5 fills the bill but need room for a larger family and cargo a larger minivan is is better suited.

August 9, 2020
By Rasheed from SHARON HILL
Owns this car

This van met all my needs, plenty legs rooms, Great for the whole family. Great for pro-contractors and great work mini van. Consider doing Uber and Lyft. This is the van for you, great on gas.

I owned this car for over 15 years with almost no problems whatsoever! I have driven it all over the world with family and friends and received nothing but compliments! As a family man there was plenty of room for child seats plus additional seating for parents for group outings to theme parks, dinners, etc... Very comfortable and smooth ride and great for long distance drives up the coast! Most of all, all the back seats fold down creating a HUGE amount of space in the back to lug things around. I helped countless friends and family members move a lot of boxes, furniture, etc... Extremely practical in most situations.

Rating breakdown (out of 5):
9 people out of 9 found this review helpful. Did you?
Show full review
See all 40 consumer reviews

All model years for the Mazda Mazda5 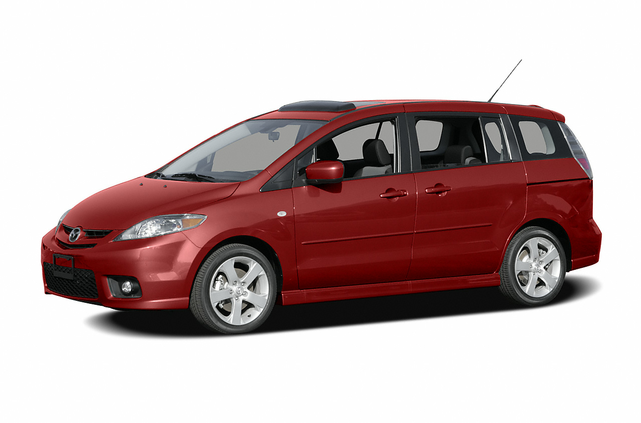 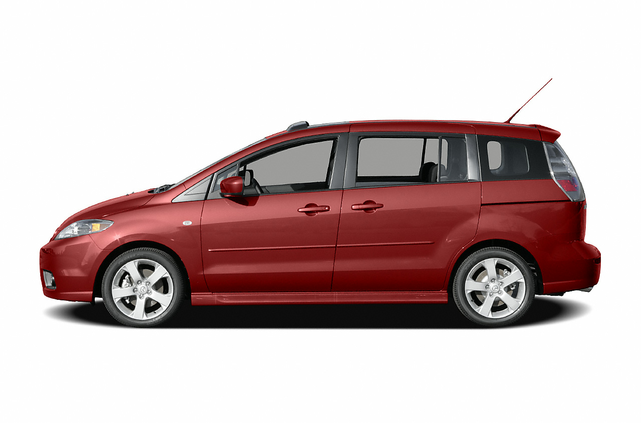 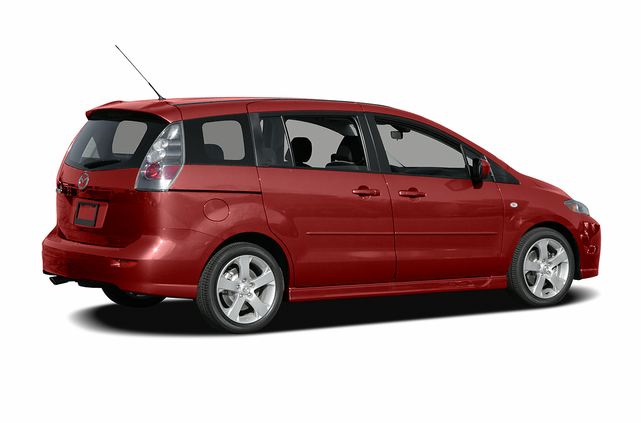 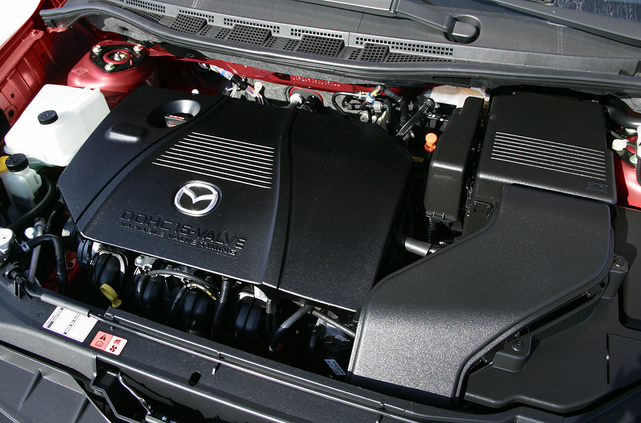 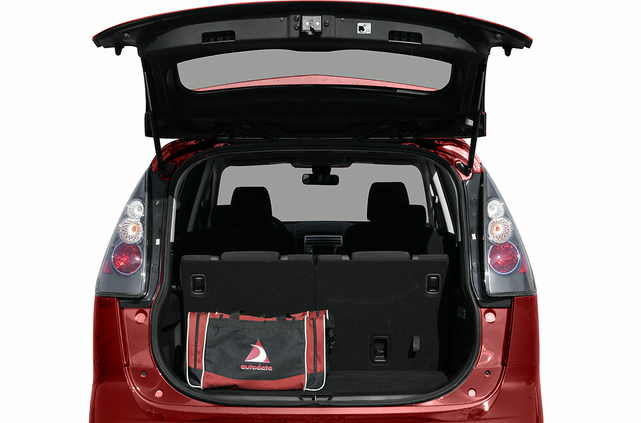 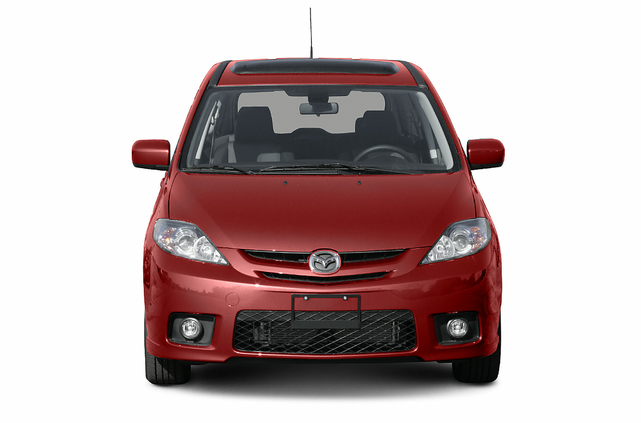 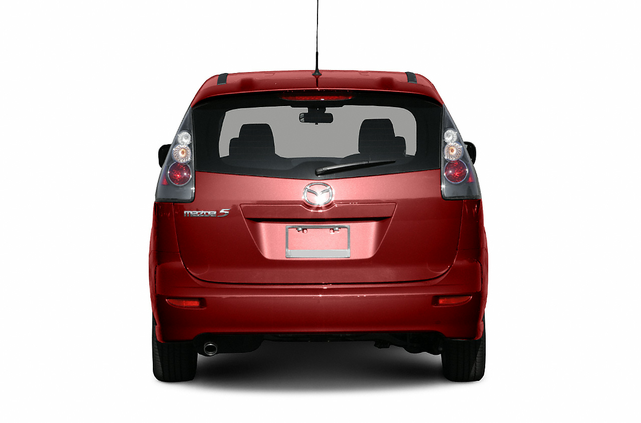 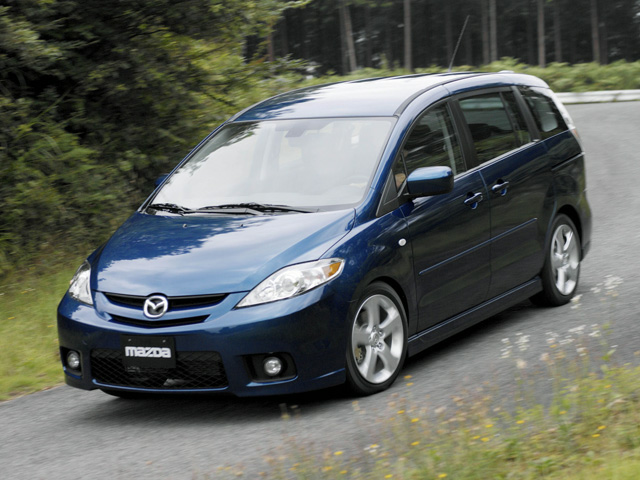 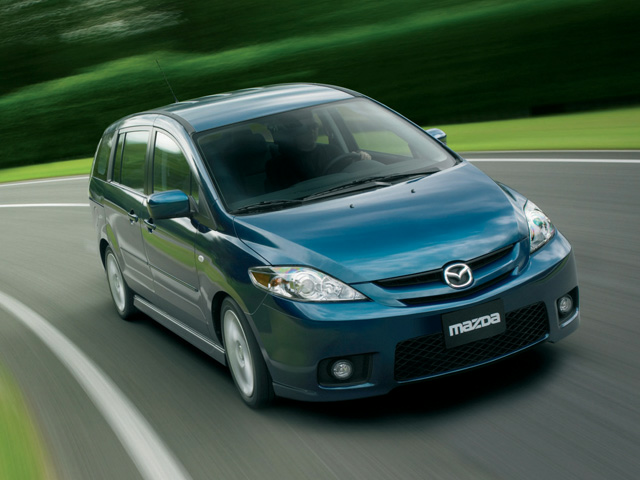 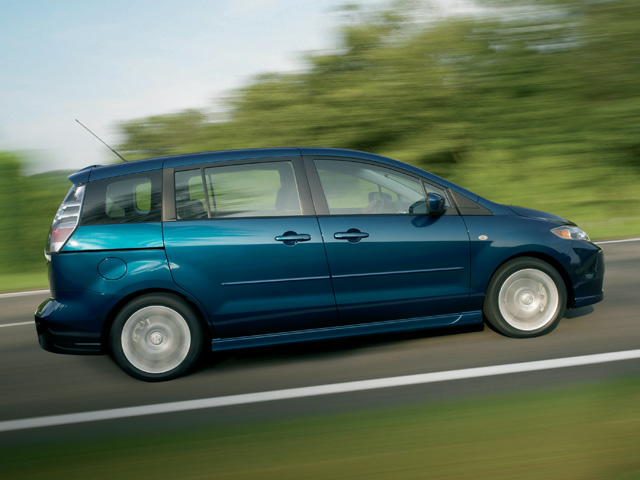 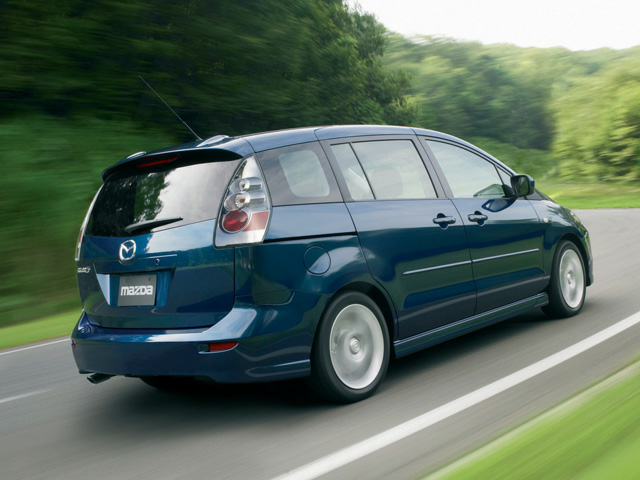 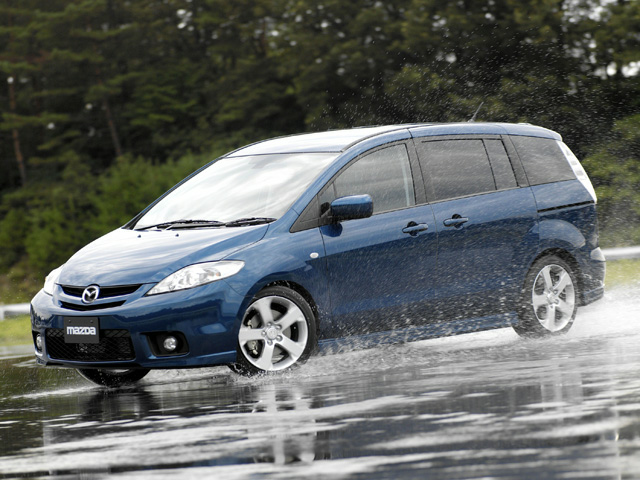 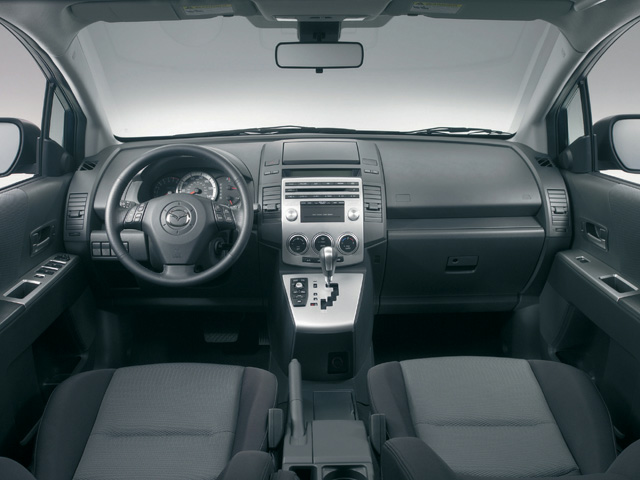 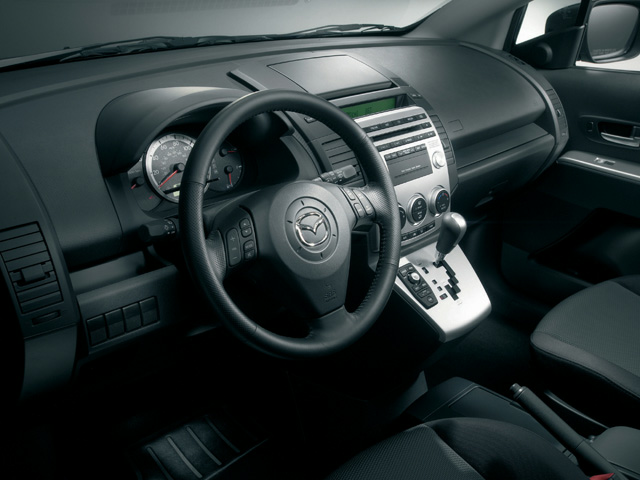 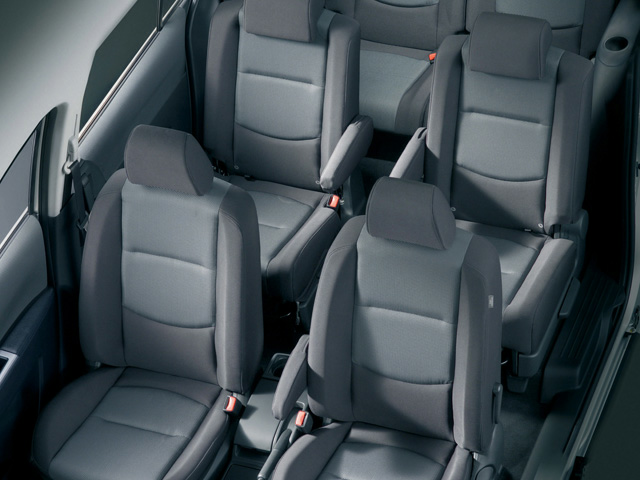 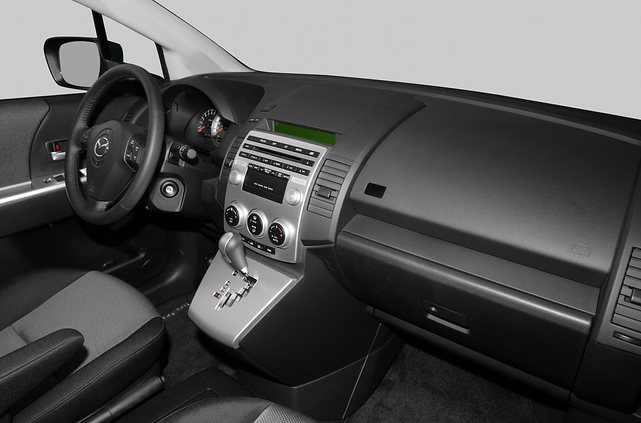 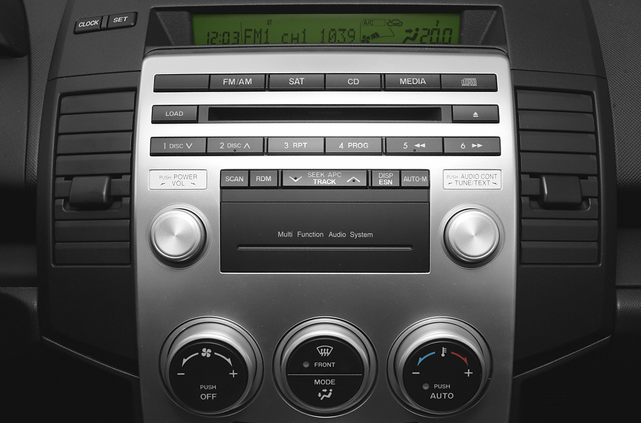 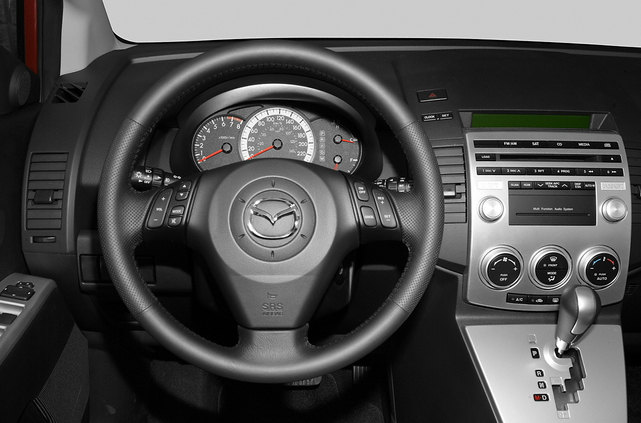 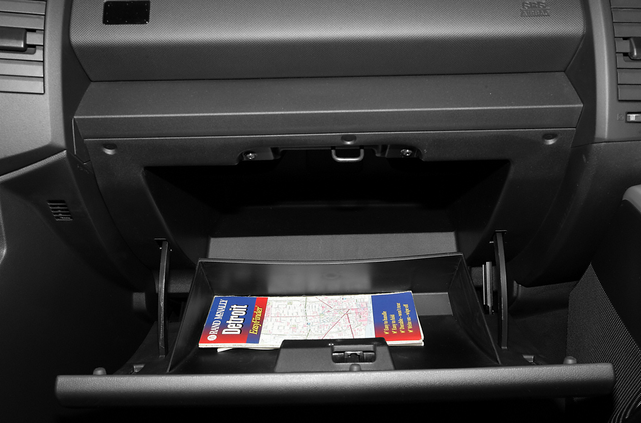 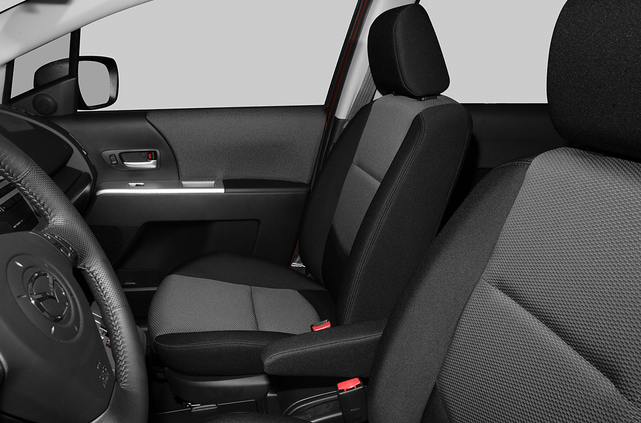 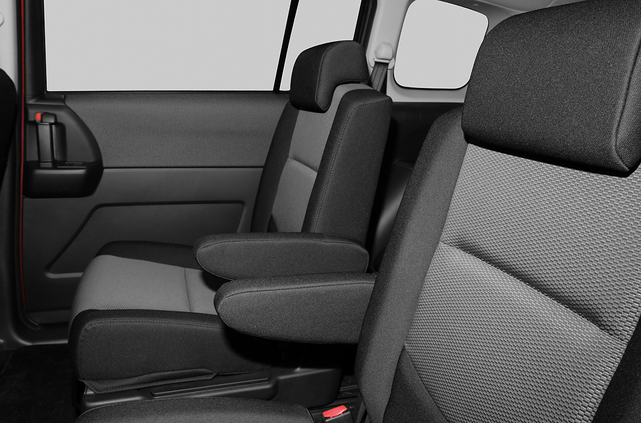 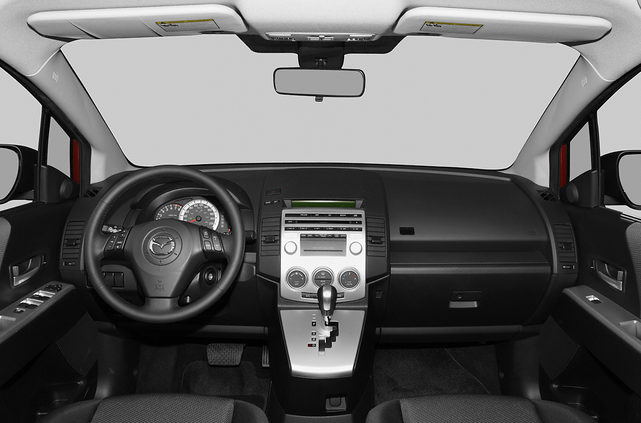 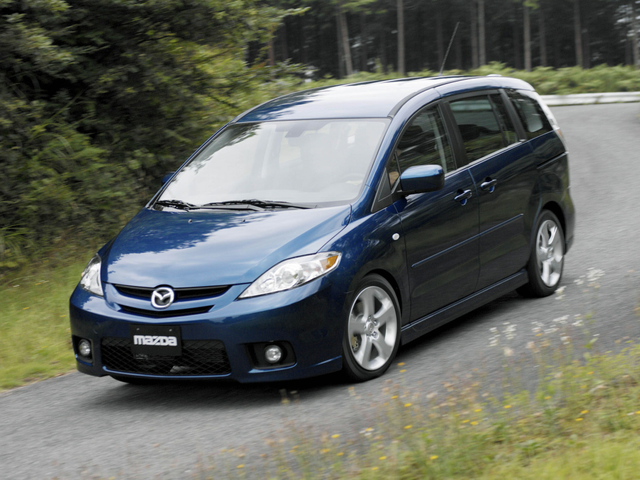