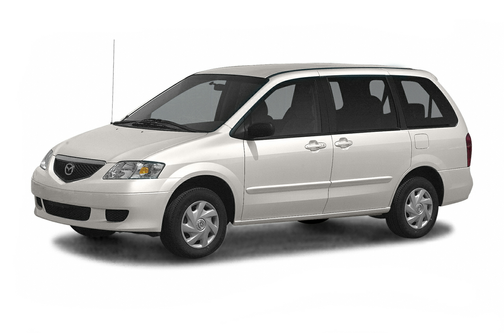 Our 2003 Mazda MPV trim comparison will help you decide.

When it comes to describing the MPV, Mazda spares no hyperbole in boasting that it “has the body of a minivan, the soul of a sports car.”

Sure, and after dropping the rugrats off at the field, soccer moms bond by spending the day autocrossing in their MPVs.

While it’s a bit of an exaggeration to say the MPV has been blessed with the soul of a sports car, have to admit it isn’t your ho-hum minivan.

Kick the pedal and the V-6 responds with energy. No hesitation, no dawdling at the light. And it’s quiet. Often minivan cabins serve as tunnels that allow noise to filter fore and aft. The MPV isn’t a victim of that racket. You don’t spend your travel time with the folks in back asking the folks in front, “what did you say?”

Unlike most minivans, the suspension has been engineered to resist body roll in cornering and lean during sharp turns, like those sport coupes with souls. Solid little machine.

And a switch from 15-inch to 16-inch all-season radials as standard on the base LX and from 16 to 17 inches on the top-of-the-line ES has had the desired effect of offering car-like handling in a tall, slab-sided family hauler.

Hmm. Maybe soccer moms do autocross in their spare time?

But despite its quickness, quiet and above-average road manners, the MPV is a van, and as such, attention must be paid to getting the family and their junk into and out of it.

Once you reach the third-row bench seat, you’re treated to surprisingly ample head, leg and arm room. MPV’s third row will carry adults and isn’t limited, like many rivals, to holding small kids.

If you don’t need the seat for people but could use more cargo space, the third-row bench folds flat into the floor. And you thought only the Honda Odyssey’s third seat did that.

One other benefit for third-row occupants for ’03: You can opt for a DVD entertainment system with a 7-inch-wide fold-down viewing screen. You also get h eadphones so the kids won’t disturb Dad or autocrossing Mom upfront.

Another nice feature of the ES is the flip-up table top between driver/passenger seats with cup and coin holders.

A gripe, however, is that there’s no all-wheel-drive model for all-season security in the family hauler. The front-wheel-drive MPV, however, does offer anti-lock brakes as standard and traction control as a $400 option in the LX or ES.

However, to get the $400 traction control in the LX, you also have to purchase rear-seat air conditioning at $595.

What air conditioning has to do with traction control, we don’t know, other than it brings $595 into the till that might not have got there without it. For shame!

The test vehicle came with the DVD system as well as a dash-mounted six-disc CD player at $450; power moonroof at $700; Four Season package with rear heater, heavy-duty battery, power heated mirrors and larger windshield washer tank and radiator at $425; security package with alarm, fog lamps, auto dimming mirror with temp/compass readings at $730; and front and rear spoilers and side door sill extensions at $345.

Oddly, Mazda insists one reason for MPV’s success has been its size and the fact it is offered in one version, not regular and extended length.

“The MPV is smaller than either a Toyota Sienna or the most popular version of the Dodge, the Grand Caravan,” said Mazda spokesman Jeremy Barnes.

Ample room in an economy-size package that’s not only easy to maneuver, but in ES form, a pleasure to maneuver.

An oversight, don’t you think?

Had it over 17 years and still love driving it

June 20, 2020
By Reliablecarliker from Atlanta, GA
Owns this car

This has been the best car I have ever owned. I bought it new in April 2003, and it has 167K miles. After the dealer fixed the shift-shock soon after buying it, the van has been a joy to drive and very reliable. The ads said "The body of a minivan, the soul of a sports car" and they were right. Driving down the highway, it feels like it is on rails. The visibility out is outstanding, and the interior has a light, airy, open feel. When we decided to get a new primary car in 2017, we would have bought an updated MPV in a heartbeat. I am so glad I bought this van and will continue to drive it until something expensive breaks.

Best I have ever owned, took a few trips to northern Mexico, very reliable, never had a problem. Very roomy, good for an extended family

Replacement for my Dodge Grand Caravan

June 3, 2018
By Mustangconnor from Surrey, BC
Owns this car

I lost my 2007 Dodge Grand Caravan to a lady whose runaway vehicle had no brakes when she hit me. I bought a used 2003 Mazda MPV DX with just over 100,000 miles to pull our pop-up trailer and second daily commuter. So far it has exceeded my expectations. Stronger engine and power early on, 200hp vs 180hp on my old Dodge. Also shorter and lighter, 3800lbs vs 4100lbs. I thought the smaller 3.0l DOHC would be more economical than the older technology 3.3l OHV Dodge, but I seem to be using the same amount of gas? The interior is well laid out and I love the roll-down second windows that most minivans don't have. I miss the full "stow and go" the Caravan had, but the back seats do fold down flat. It also also looks better and feels sportier. There is a weird popping sound on the right front side when I go over a pothole? It may be worn bushings but doesn't seem to be an issue. I plugged my OBD reader before I bought it, and it had NO ENGINE CODES. The previous owner also had all the maintenance records for the last four years, which was awesome. I am happy with my purchase. 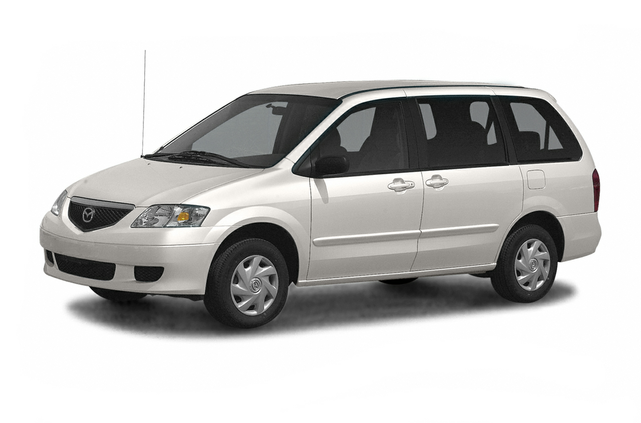 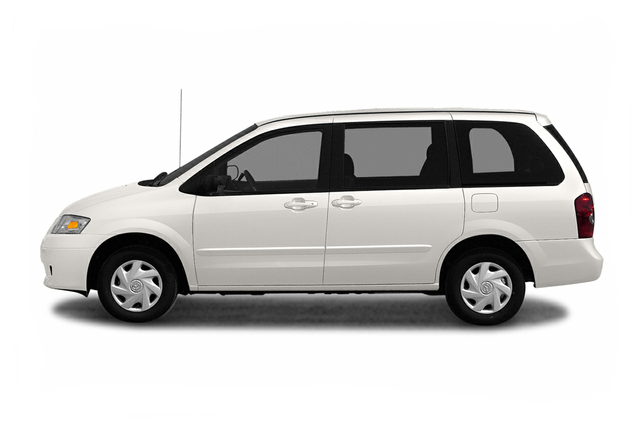 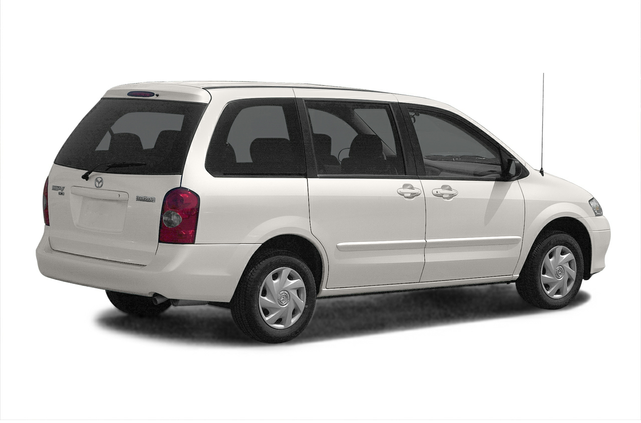 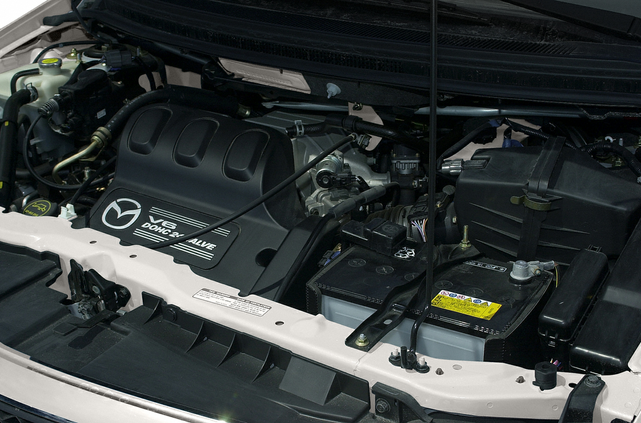 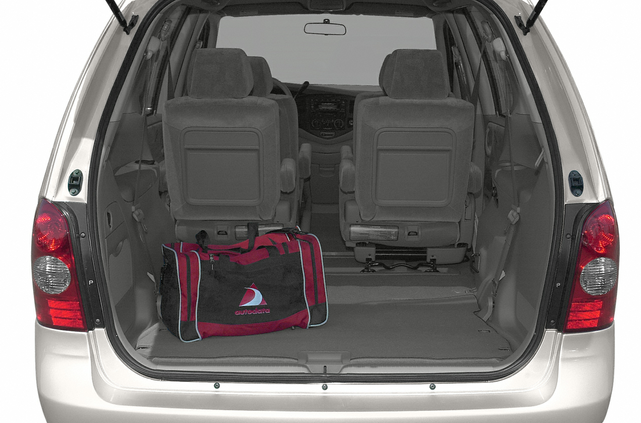 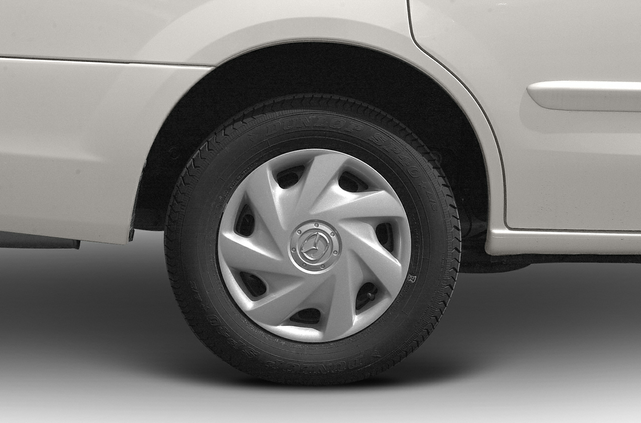 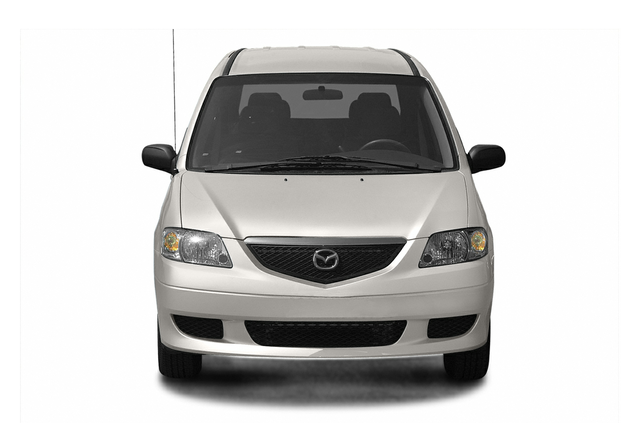 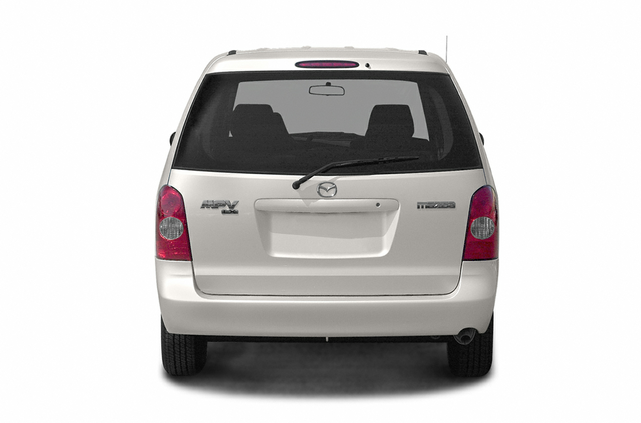 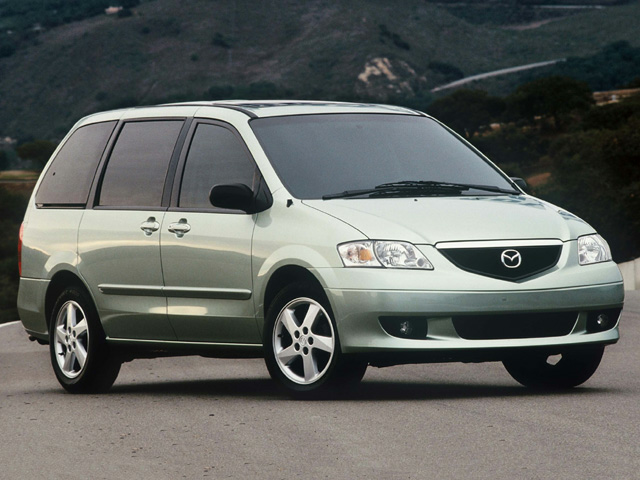 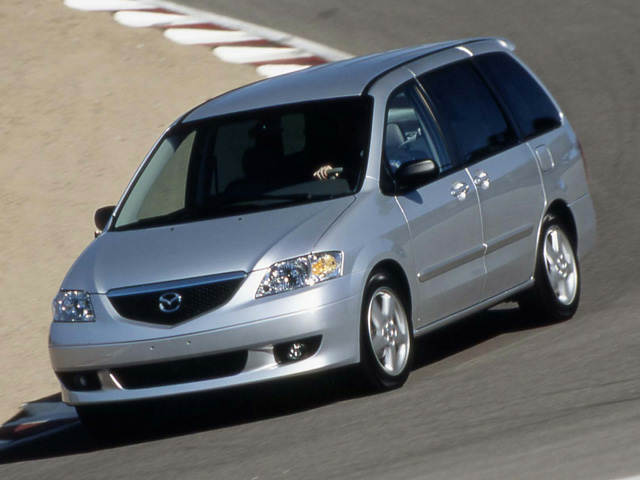 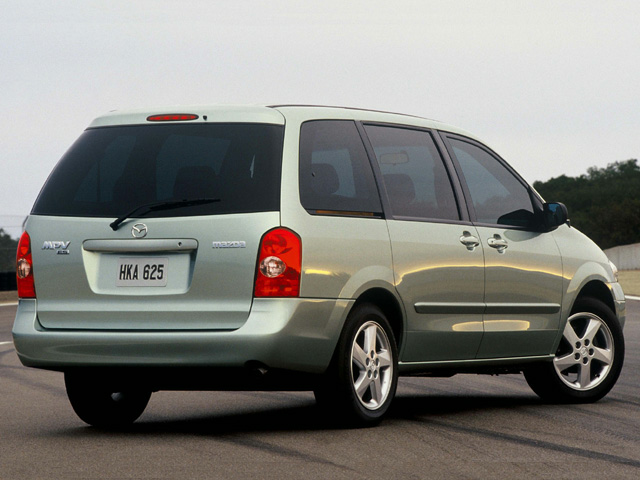 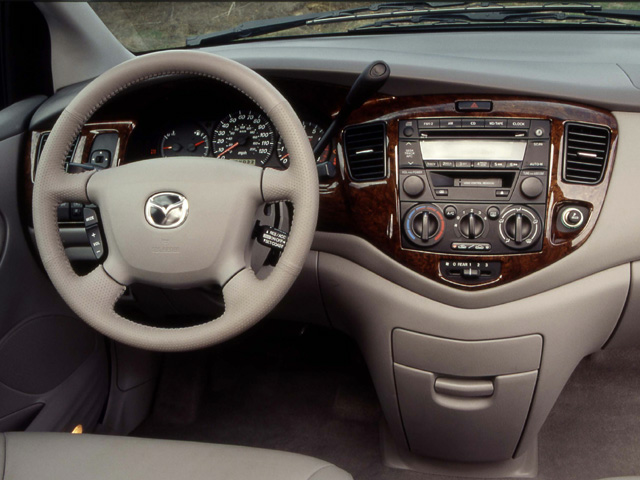 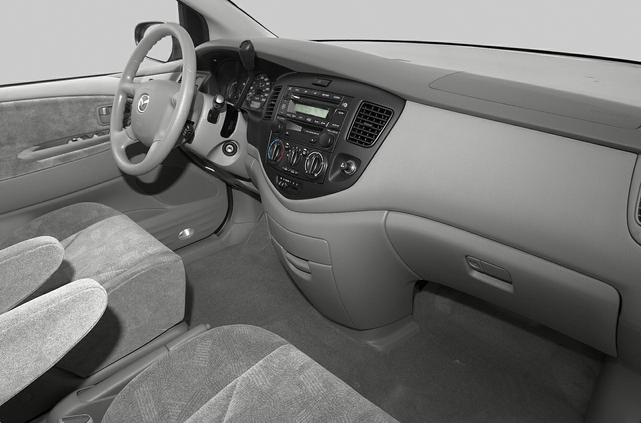 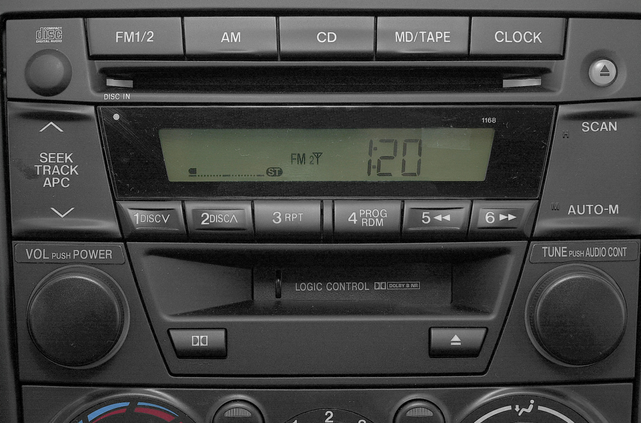 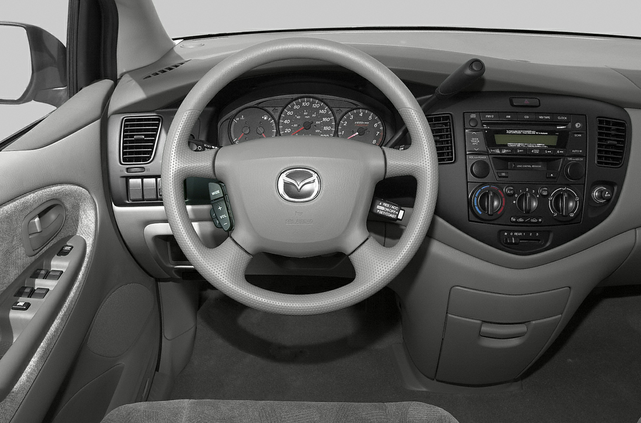 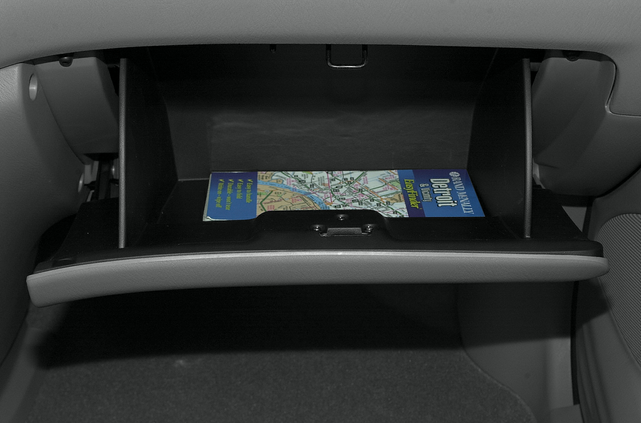 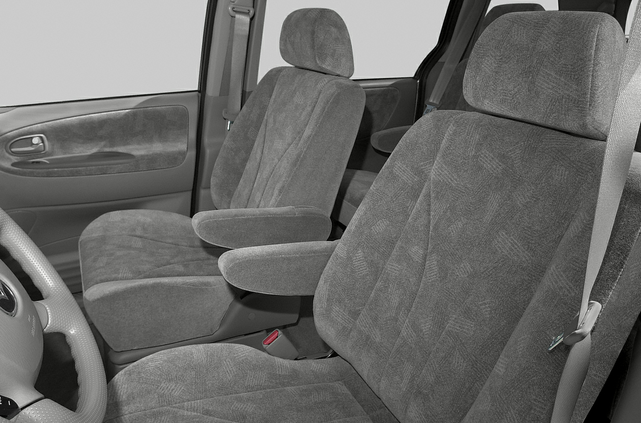 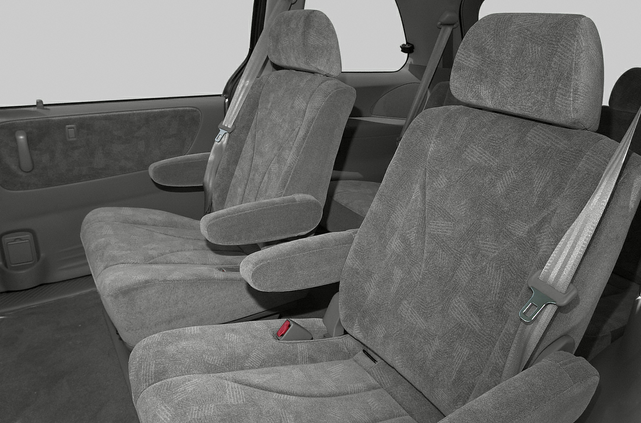 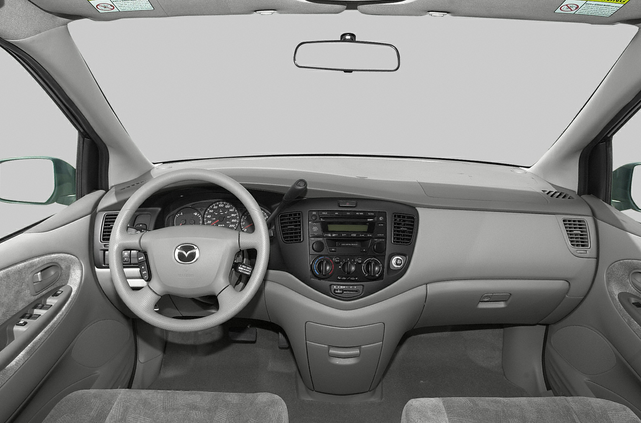 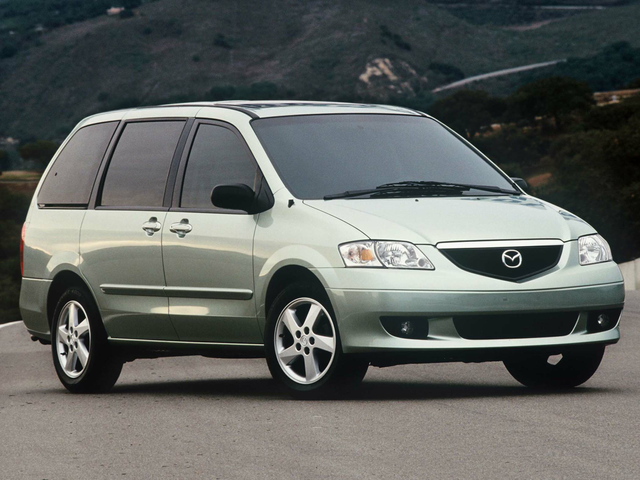