Our 2002 Audi S4 trim comparison will help you decide.

Vehicle Overview
The biggest news for 2002 from Audi, Volkswagens luxury division, is the redesign of its compact, entry-level A4 sedan. Not only is the new A4 bigger inside, but it also comes with a larger V-6 engine choice and can now be equipped with an innovative multitronic continuously variable transmission (CVT). Availability of a CVT is the first use of such a device in a premium model. Up until now, only Honda has offered a CVT, first in its subcompact Civic and more recently in the hybrid-powered Insight. Saturn is making a CVT available in its new VUE sport utility vehicle.

Only the A4 sedan went on sale in fall 2001. An A4 Avant wagon is expected in spring 2002, and a convertible will likely follow that. General Motors is making its OnStar communication system available in Audi models for 2002. The A4 competes against the BMW 3 Series, Lexus IS 300, Mercedes-Benz C-Class and the new Jaguar X-TYPE.

Exterior
The redesign of Audis top-selling model adapted some styling themes from its rounded TT sport coupe and midsize A6, but the A4 is more angular at the rear. A new trapezoidal-link independent rear suspension has been installed, along with bigger brakes. According to Audis Marc Trahan, the new base suspension is essentially equal to a sport suspension on prior models.

Body rigidity is said to be 45 percent greater for the A4, which rides a wheelbase thats 2.1 inches longer and has bigger tires than before, on newly designed wheels. Its overall length has grown by 2.7 inches, and the sedan is 1.3 inches wider. Audi claims an additional 1.6 inches of rear-seat space as a result of the wheelbase increase. The Sport Package offers 17-inch cast-alloy wheels. As before, the A4 is available with FrontTrak front-wheel drive or Audis quattro all-wheel-drive system.

Interior
Seating five occupants, the A4 has a new front armrest with large cupholders, as well as four-way power lumbar support. Seat cushions are larger with more prominent bolsters, and a four-position memory for the drivers seat is optional. Standard equipment includes fully automatic dual-zone air conditioning, an Immobilizer II anti-theft system and a Symphony II radio with an in-dash six-CD changer and 10-speaker sound system. The OnStar system is optional.

A five-speed-manual gearbox is standard with the turbocharged engine, while the V-6 gets a six-speed manual. The new CVT is available only with models equipped with FrontTrak, but sedans with quattro all-wheel drive can have a five-speed Tiptronic automatic.

Safety
Standard curtain-type airbags deploy from above the side windows and cover the entire side-window area. They stay inflated for about five seconds to provide head protection in rollovers. Side-impact airbags are also standard, and rear side-impact airbags are available as an option. An Electronic Stabilization Program and Brake Assist are installed for enhanced emergency braking power, and the antilock braking system incorporates electronic brake-force distribution.

Driving Impressions
Audis reworked A4 has a lot to offer, but the highlight is its available multitronic continuously variable transmission. Operating so subtly that the driver is hardly aware of its presence, multitronic does everything an automatic promises but simply does it without any gear changes. Passing response is excellent, and because CVT operation is so subtle, most drivers should quickly get used to the lack of actual shifting. The CVTs steps that emulate actual gears is a clever idea. This provides a bit of engine braking that can be helpful when youre driving on downgrades, but on level roads, this doesnt add much to the experience  better to simply leave it in Drive and enjoy.

An A4 with the manual shift is also enjoyable, with its gearshift flicking easily between ratios and carefully mated to clutch action, but the levers position might not please everyone. Although the turbocharged four-cylinder engine responds eagerly, its a little noisier than the V-6. Otherwise, the A4 is just about as quiet as its bigger A6 cousin.

Handling is the A4s strong point, as it joyfully tackles twisting roads and takes all the turns in stride. Ride comfort is satisfying, thanks to a nicely absorbent suspension, but riders can be tossed around a little when the pavement grows harsh.

Though the new A4 is still snug inside, it seems a little roomier than its predecessors, which is a welcome improvement. Seats are outstanding and provide great support and absorbent cushioning.

I love it. 6 speed manual transmission with twin turbos and all wheel drive. Very enjoyable car to drive. Many upgrades available if that's what you looking for.

It's been a great pleasure to own this car for the past 13 years. It has a classic design, the best (I think) interior in its class, and the performance is fantastic. It is still a fast car today. Add quattro to that and you get a car that does everything.

Greatest car I've ever owned, sad to sell it!

What a great car, wonderful performance, fun to drive, classic design, and hand stitched leather and workmanship no longer included on the newer models. This car is s steal!!! 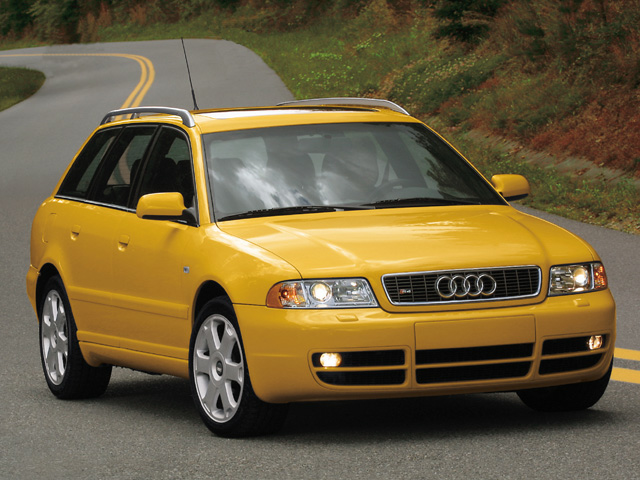 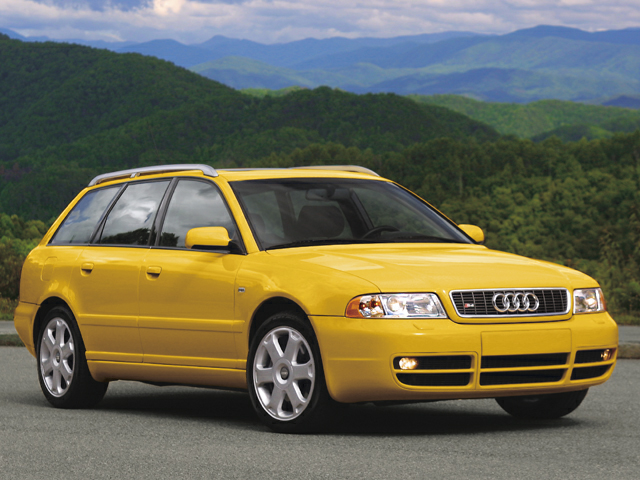 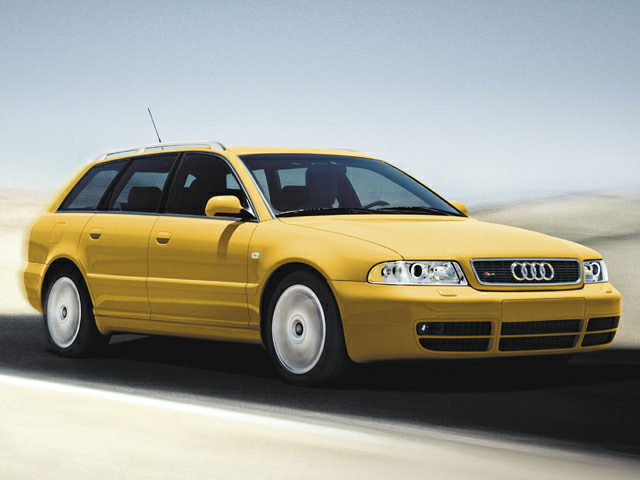 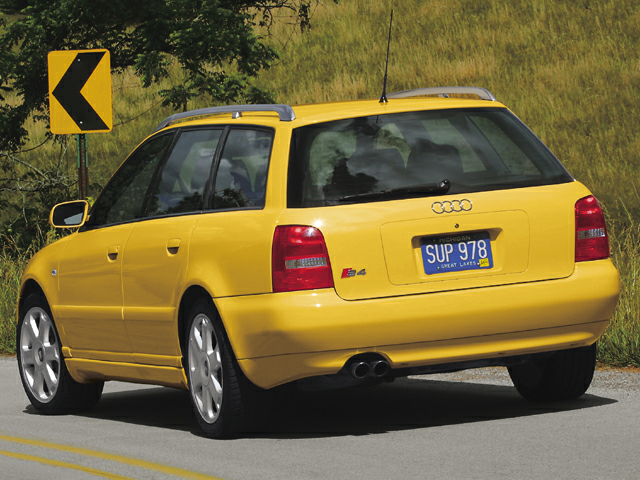 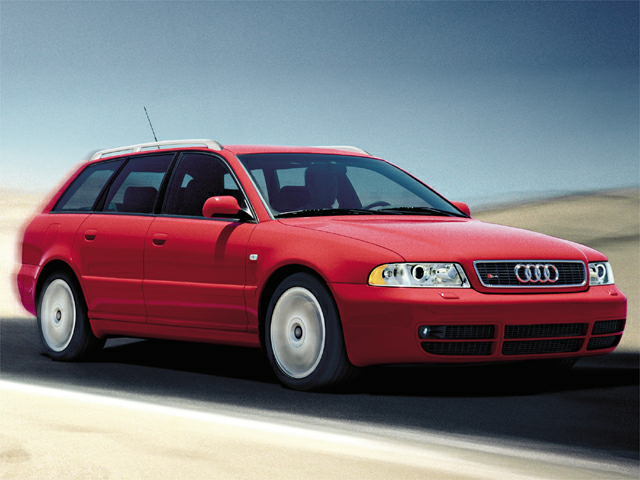 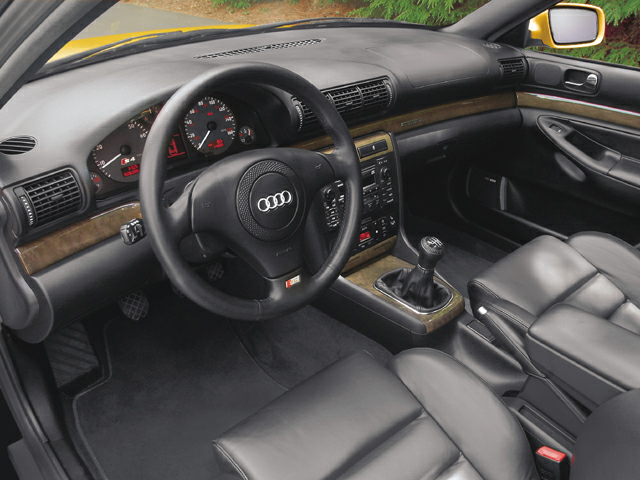