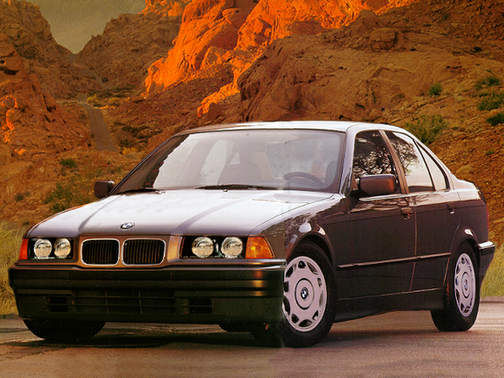 Average is not a word usually associated with BMW, but that seems the best way to describe the entry-level 318is.

The German automaker has a lineup of coupes, sedans, convertibles (and now even a wagon) that many driving enthusiasts consider exemplary vehicles.

But the 318is is an expensive mystery.

After nearly 500 miles in the silver test car 318is, I am still wondering: Where is the value in this car?

The 318is, a two-door sports coupe, is not particularly fast. It handles reasonably well, but sets no standards for cars in its class. And it is missing such things as an alarm system, CD player, power seats and cruise control.

Take a look at almost any other sports coupe in this price range and you’ll likely find that you can get a lot more equipment and better performance for less money than a 318is.

For example, an Eagle Talon TSi offers all-wheel drive, comes with a turbocharged 200-horsepower engine, and delivers awesome performance for a sticker price of $21,000 – less when you factor in rebates and bargaining.

And the Eagle is much more entertaining to drive than the BMW. So, too, is the new Ford Probe GT.

Perhaps when BMW begins building cars in its factory in South Carolina it will be better able to compete in the lower end of the market.

The 318is won’t get moving quickly unless you rev the engine and slowly release the clutch. That’s no good, because by doing that, the clutch will wear out faster. So you really have no choice except to live with the car’s somewhat leisurely acceleration.

The 318is comes only with a five-speed manual transmission. This is a highly refined gearbox that shifts smoothly and sports well-spaced gears that allow the engine to deliver excellent fuel economy.

Sensible driving will yield about 300 miles between fill-ups of unleaded premium. The test car returned 28 miles per gallon in city/highway driving using the air conditioner.

Unlike most BMW’s, the 318is can get flustered in hard, fast curves.

When I shoved the car around a corner at 50 mph, the tires squealed with disapproval – that’s unusual for a BMW, a company that has staked its reputation on building superb handling cars. Driven easily, however, the 318is is well able to cope with most driving situations.

It does an excellent job of filtering out road noise over rough pavement. The power-assisted steering gives the car sharp, quick reflexes.

As usual, BMW’s four-wheel power-assisted anti-lock disc brakes are well up to the task. The brakes had a lot of bite and they quickly and safely arrested the speed.

The independent suspension system is firm, but that doesn’t cause the car to shudder over speed bumps and potholes.

Generally, the 318is is stable and safe, but somewhat unexciting to drive.

The 318is’ aggressive styling and the excellent manner in which it is assembled are the car’s high points.

The car looks like a miniature version of the sleek $90,000 BMW 850i sports coupe. But BMW doesn’t just have a nice-looking coupe here. It has a sports coupe that can comfortably accommodate two average-sized passengers in the rear. Something the Talon and other cars of that ilk usually can’t do.

The rear seats split and fold forward to increase interior storage room, a nice touch. The gray cloth-covered front bucket and rear seats are smartly designed and quite firm. The front seats provide excellent support in all the crucial areas, even if adjusting them takes more work than one would expect in such an expensive car.

Although the dash, center console and door panels contain acres of plastic, they are styled sensibly and user-friendly. The switches for the electric windows are located on the console, very close to your knee. They are easy to find and use in the dark. I did not find any defects. There were no rattles, leaks or squeaks.

The 318is has a bigger brother right across the showroom. It’s the 325is, which is really the same car, but with a powerful six-cylinder engine and more equipment.

At about $29,000 and change, the 325is offers good value and better performance. It wipes out all the 318is’ shortcomings.

Truett’s tip: The 318is is a sharp-looking sports coupe. Unfortunately, BMW’s smallest car is under-powered, under-equipped and overpriced.

Most amazing convertible in the world

Classic, easy and outstanding drive. What a car to own. I got more compliments on this car than ever. Amazing. It has shifting and a drive experience that makes you never want to go home

June 24, 2019
By Derrick from Chicago Illinois
Used to own this car

This was very good for traveling from state to state. Never had issues with it starting or running. I would recommend this car or make of car.

July 29, 2017
By HB from Arlington Virginia
Owns this car

I've been owned this car around 4 years and it's the best handling 25 years old car ever. I drive this car everyday around 100 miles it's still runs perfect.

All model years for the BMW 318 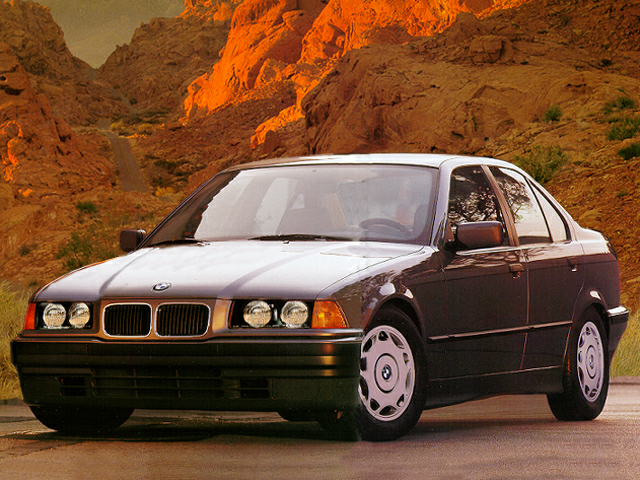