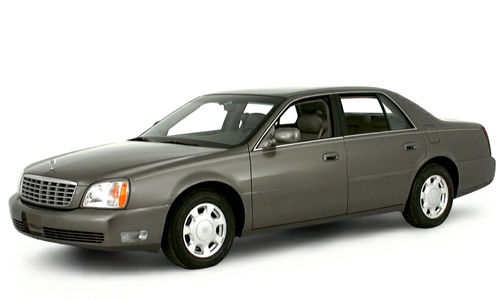 Our 2000 Cadillac DeVille trim comparison will help you decide.

Some people won’t buy a General Motors Corp. vehicle. One of them is a colleague. He had a bad experience with a Chevrolet Blazer, and he isn’t going back to GM any time soon. This column isn’t for him.

Others would buy a GM product, but not a Cadillac. They view Caddies as hearses. They want to hold on to life. Reminders of demise aren’t part of their value system. This column is for them.

Opening their minds could lead to a better life, especially on the road. I have the key: the 2000 Cadillac DeVille DHS sedan.

The DHS will remain pretty much the same for 2001. That’s a good thing. As presented, the car is a nearly perfect blend of tradition and innovation.

Tradition bespeaks comfort, luxury, convenience–things that Cadillac once thought appealed exclusively to affluent older people. That’s why many Cadillac buyers are in their mid-sixties. They didn’t become “rich” until their children were off the parental dole and the mortgage was paid.

But “rich” and “affluent” no longer mean what they used to, at least not in terms of age. Nowadays, there are a bunch of 30- and 40-somethings running around with big bucks, albeit it in somewhat unstable Internet dollars. Those people buy luxury vehicles, but they tend to go foreign.

Cadillac’s strategy is to woo the young wealthy while holding on to the gray rich. It is a cautious tactic that involves going after the affluent 20- and 30-somethings with the sporty Catera, wooing the 40- and 50-somethings with the light and tight Seville STS, and pursuing hipsters 45 to 55 years old with the larger, sporty DeVille DTS.

The DHS is for folks 55 to 65 years old who remain interested in performance in all aspects of their lives but who have a growing taste for elegance. These people delight equally in surprising their mates and shocking their rivals, and doing both with style.

The DHS is perfect for that mission.

First, it’s a good-looking car, as evidenced by the heads it turned and favorable comments it received during nearly 500 miles of driving.

Second, the car can run. Credit Cadillac’s 32-valve, double-overhead-cam 4.6-liter Northstar V-8, which produces 275 horsepower in the DHS. Numerous improvements have been made to that engine since its introduction in 1992, but the latest model has the best fix yet. It’s designed to run on regular unleaded gasoline, so there’s no need to buy the substantially more expensive 93-octane premium fuel required for earlier Northstars.

Third, the DHS suspension system, though softer than that in the DTS model, still does an excellent job of keeping the car stable and wobble-free in tight curves and crash-avoidance maneuvers. That is partly because the tested DHS came with Cadillac’s optional StabiliTrak 2.0 system, which electronically controls side-to-side movement and the amount of steering effort needed, for example, to negotiate curves. StabiliTrak is standard on the DTS.

Finally, there is the matter of security. The OnStar emergency communications and navigation system comes as standard equipment in all DeVille models. For 2001, Cadillac is adding wireless Internet access as part of an upgraded “infotainment system” that will keep you in touch with the world, assuming you’re interested in remaining linked.

There also is an optional infrared night-vision system that allows you to see beyond the headlights, giving you more time to react to animals or people wandering along dark roads.

Put simply, luxury-car shoppers who cling to an anti-Cadillac bias and ignore the DeVille DHS could be cutting themselves out of one of the best automotive values of their lives.

2000 Cadillac DeVille DHS Suggestion: GM should make the night-vision controls more accessible. They currently are situated underneath the left side of the dashboard, making them hard to reach, especially f or in-traffic adjustments.

Praise: This is a finely crafted, well-engineered, highly competitive full-size luxury car. It takes on all comers in its category.

Ride, acceleration and handling: A triumvirate of excellence. No complaints. It also stops smartly. Brakes include power four-wheel discs with standard anti-locks.

Capacities: Seats six people. Trunk capacity is 19.1 cubic feet. Holds 18.5 gallons of gasoline. Can be equipped to tow up to 2,000 pounds (though to use this car this way would be an abomination).

Mileage: I averaged 26 miles per gallon in mostly highway driving.

This is the most reliable car I've never owned.

February 15, 2019
By NKM Family from Cliffside Park/NJ
Owns this car

This car met all my needs. It has plenty of rooms from the driver to the front and rear passengers. Plenty of room to carry luggage. Great for a large families with children and their many little toys.

The most perplexing car I have ever owned

October 7, 2017
By Karrienowell39 from Sapulpa, Oklahoma
Owns this car

It's a Cadillac; it's exactly what you would expect, rides as if you're riding on air. Northstar...

The parts are very expensive, and needs alot of love. Aluminium engine, ok on gas, drives like a cloud/ boat. Very comfortable and roomy. Loved this car but to expensive for a ride.

Rating breakdown (out of 5):
2 people out of 2 found this review helpful. Did you?
Show full review
See all 21 consumer reviews 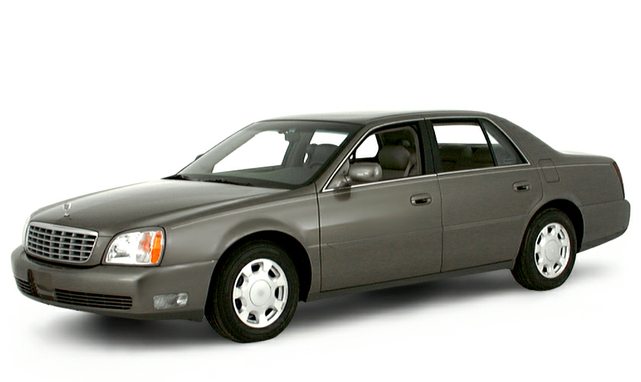 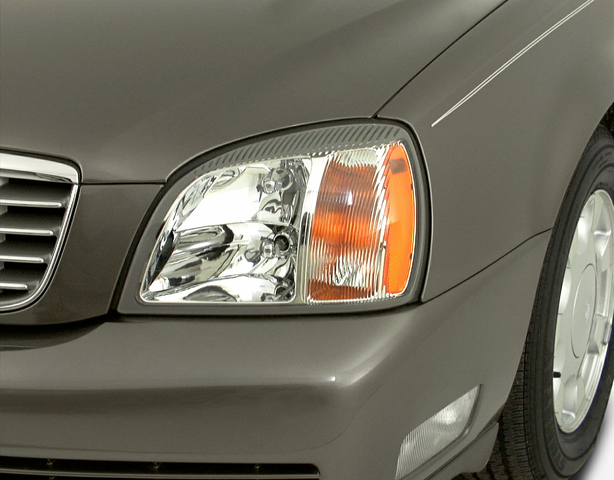 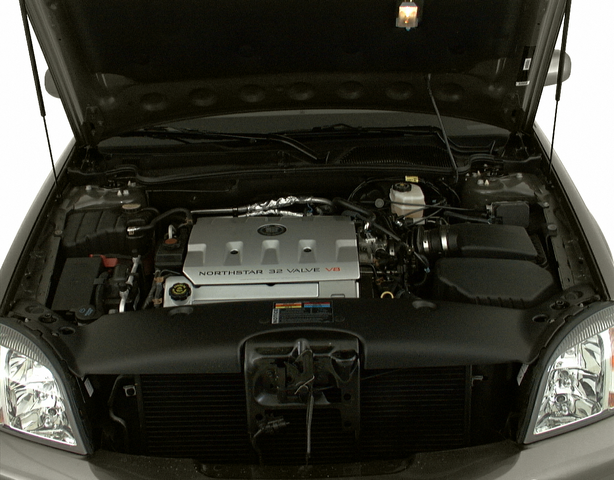 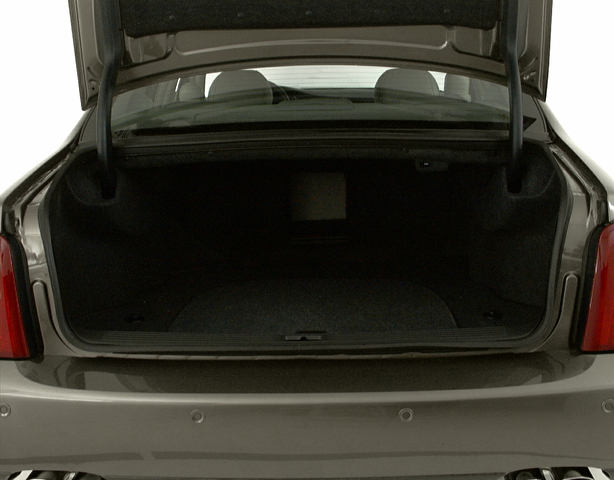 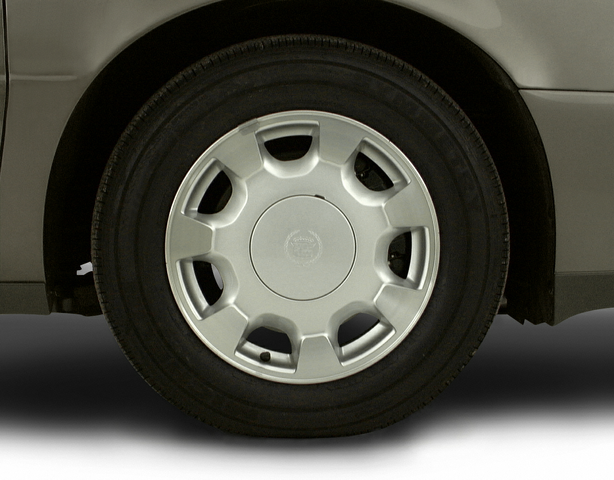 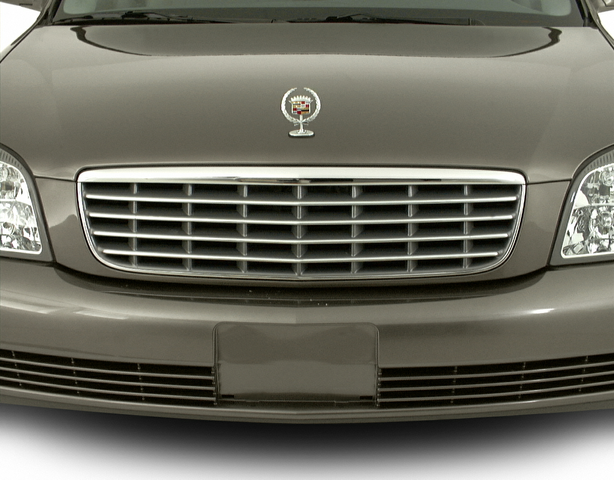 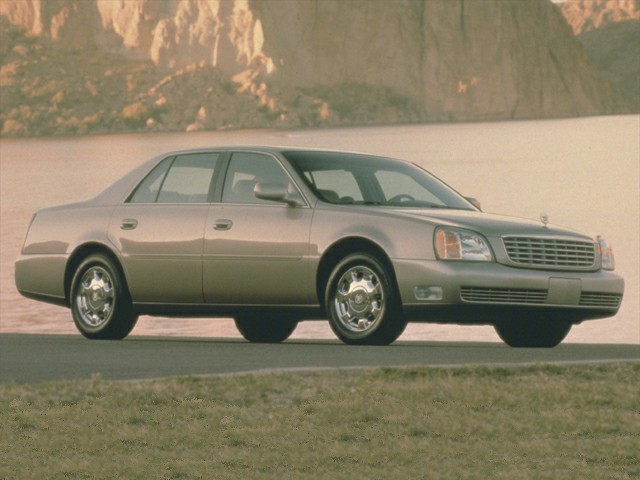 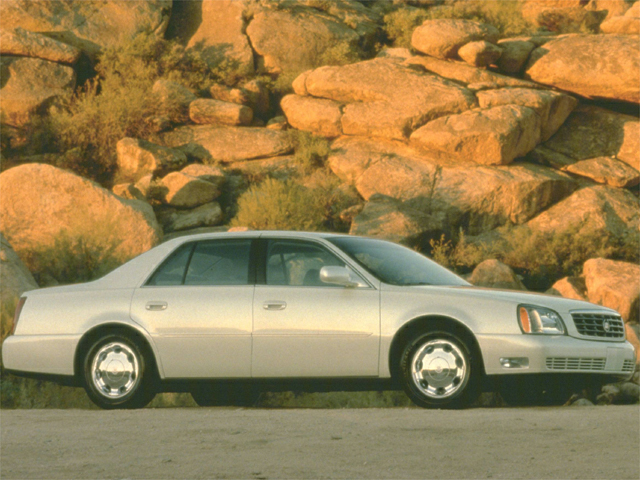 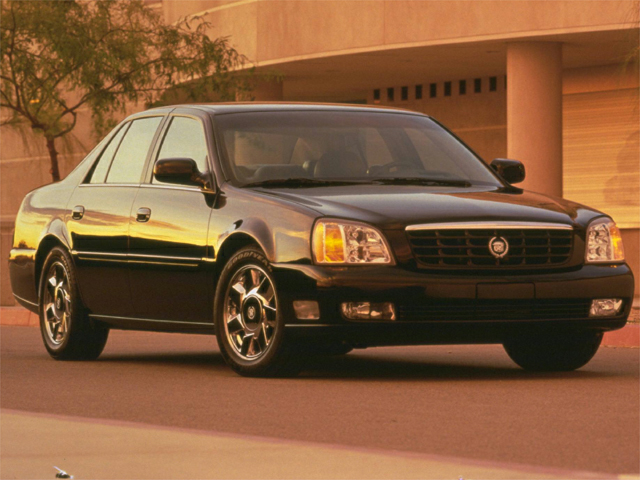 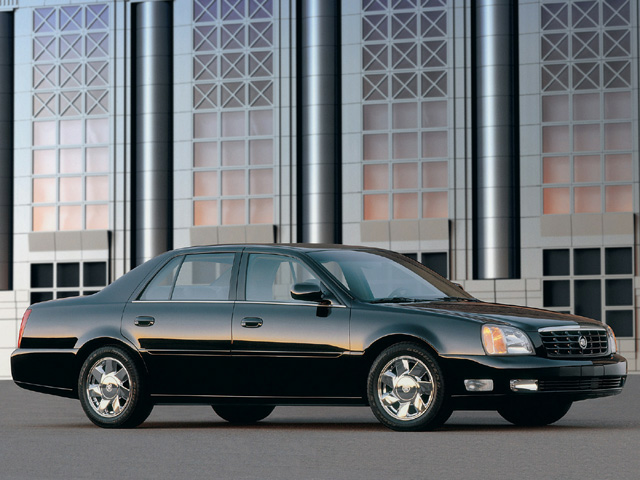 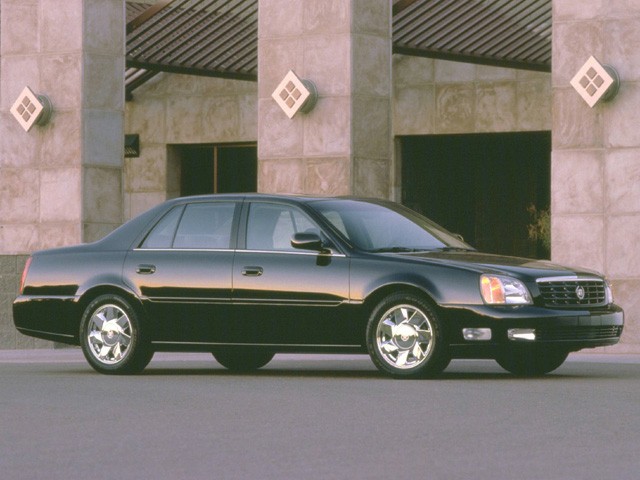 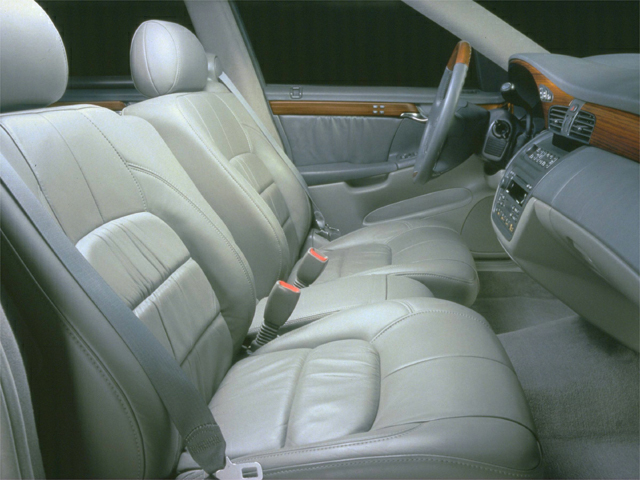 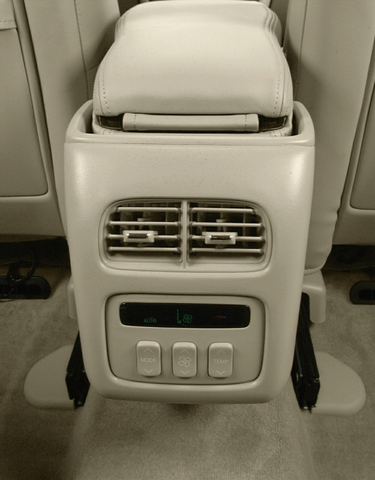 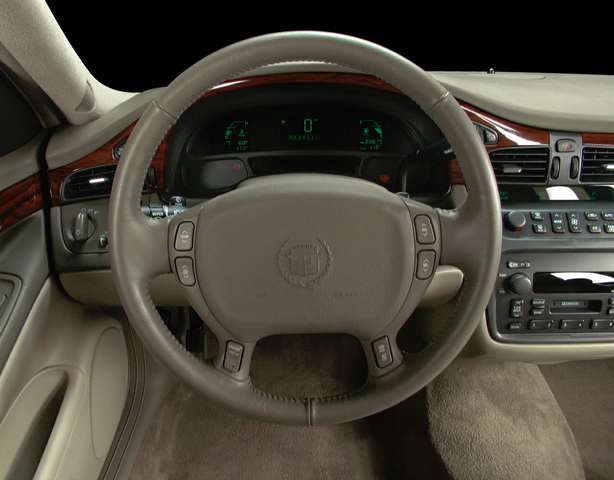 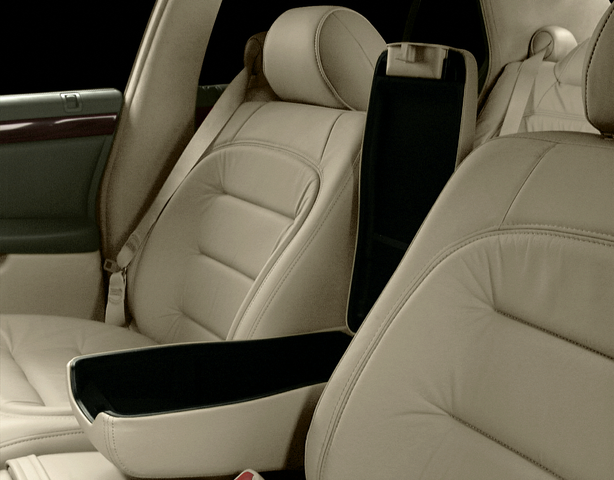 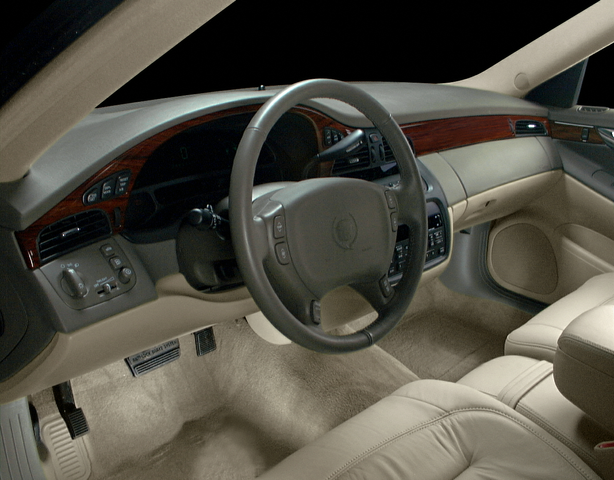 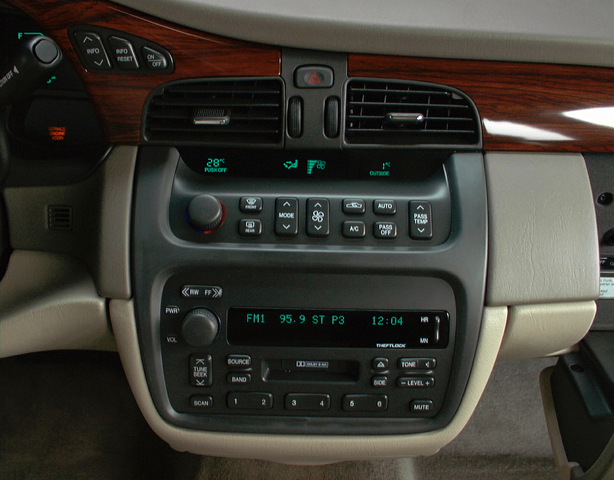 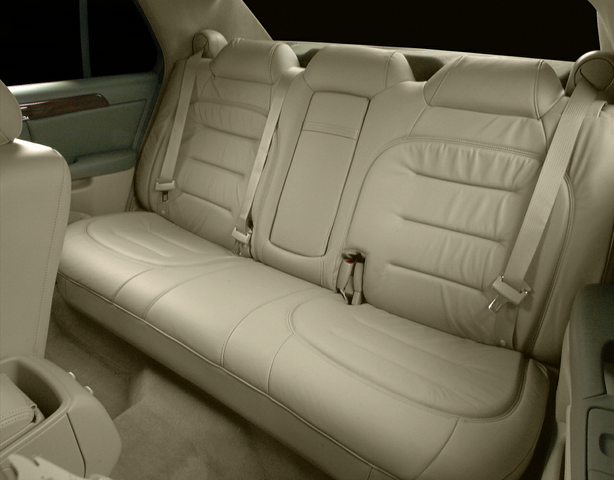