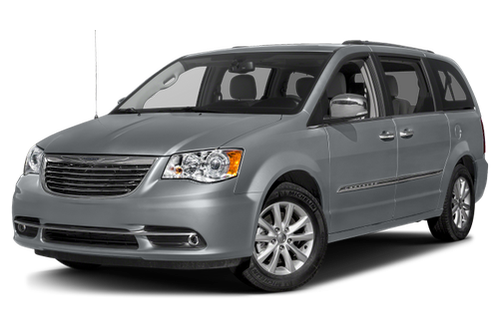 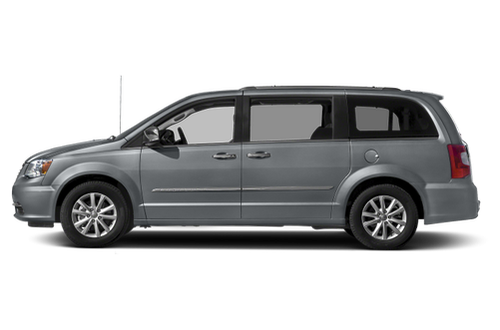 Change year or vehicle
$5,441 — $18,933 USED
32
Photos
View Local Inventory
No listings at this time Get the latest resale value

The 2014 Chrysler Town & Country is a seven-seat minivan that's offered in four trim levels: Touring, S, Touring-L and Limited. Front-wheel drive is the only drivetrain available. Competitors include the Honda Odyssey and Toyota Sienna.

For 2014, the Chrysler Town & Country can be had in a 30th Anniversary Edition with special badging on the exterior, gauges and key fob. This special edition features 17-inch polished aluminum wheels, black interior accents and leather upholstery with suede inserts, gray upholstery stitching, power-folding seats for the third row and a larger center console. Heated first- and second-row seats, power-adjustable pedals, a leather-wrapped steering wheel, push-button engine start, keyless entry and chrome door handles are also included with this option.

The Town & Country S is a new addition to the lineup. Features include a black-chrome grille, black headlight bezels, black interior with gray accent stitching and black interior and exterior accents. Additionally, the Town & Country S gets 17-inch polished aluminum wheels with black accents, a performance-tuned suspension, 12- and 115-volt power outlets and wireless headphones for the rear DVD or available Blu-ray entertainment systems.

How Does the 2014 Chrysler Town & Country Compare to Other Minivans?

The Town & Country is costlier than minivans like the Honda Odyssey but competes well in terms of fuel economy and features. It's a strong seller in its class. Style-wise, it's less appealing than a lot of SUVs but considerably more spacious.

What Features in the 2014 Chrysler Town & Country Are Most Important?

The 2014 Town & Country is powered by a 283-horsepower, 3.6-liter V-6 engine that generates 260 pounds-feet of torque. A six-speed automatic transmission is standard. Econ mode improves gas mileage by altering shift points and maintaining torque-converter lockup for longer periods. A load-leveling suspension is available.

Significant standard features include integrated side-door tracks, 17-inch aluminum wheels, a chrome grille, power-sliding side doors, a power liftgate and roof rack crossbars that can be stored in line with rails. Other notable features include leather upholstery, automatic air conditioning with rear controls, second-row seats that fold into bins in the floor, a sliding center console with a power outlet and a rear DVD entertainment system with a 9-inch overhead screen. Optional features include a navigation system, a wireless internet hot spot, a power-folding third row, second- and third-row retractable window shades, front- and second-row heated seats and a heated steering wheel.

The 2014 Chrysler Town & Country is built for seven people, so you can expect versatile seating, storage nooks, a comfortable interior and plenty of kid-friendly features. There are some downsides, though. The comfort of the fold-into-floor seats and third-row legroom leave a lot to be desired, and the navigation screen is small for a vehicle this size. If those aren't deal-breakers for you, then the 2014 Chrysler Town & Country is worth a closer look.

Great family vehicle -- safe and comfortable. Performs well in long-distance travel and all kinds of weather. I would definitely consider purchasing another Chrysler van. It meets all of my needs. Read full review

While a minivan may not be the most appealing car for most people, if you have young kids this is a must in terms of utility and value. Few can compare on comfort, room, luxury. cargo space and ... Read full review

Based on 2014 Chrysler Town & Country Touring

All Model Years for the Chrysler Town & Country

Certified child passenger safety technicians conduct hands-on tests of a car’s Latch system and check the vehicle’s ability to accommodate different types of car seats. The Town & Country received the following grades on a scale of A-F.*
* This score may not apply to all trims, especially for vehicles with multiple body styles that affect the space and design of the seating.