Our 2009 Ford Edge trim comparison will help you decide.

The Sport version of the 2009 Ford Edge five-seat crossover offers a sport-tuned suspension, larger rims and different body styling, but the same engine as the regular model. It’s also the most expensive version of the Edge, and whether it’s worth the extra money to you will depend on whether you live in a place with smooth, twisty roads.

Why? If your roads are primarily straight, the Edge Sport’s sport-tuned suspension won’t be as rewarding as it will be if you live in a place with twisty roads. And because that tuning also makes the ride more firm, you’ll want those roads to be smooth ones.

Chicago offers a wide variety of roads, including twisty, straight, smooth and rough, so the Edge got quite the workout. In the end, the Edge Sport offers better handling than a standard Edge, but costs more and has fewer comfort and convenience features standard. I’m not sure it’s worth the price.

Making an Edge a Sport
Here’s what makes the Edge an Edge Sport: 22-inch rims, plus performance-tuned shock absorbers, springs and steering components. In addition, there’s a body kit that includes a different front air dam, side skirts and lower section of the doors.

What the sport suspension means in the real world is that the Edge Sport rides marginally harder than the regular Edge. I didn’t find it to be so harsh I was uncomfortable. I suspect that’s as much a result of the very cushy seats as it is the suspension tuning. (People who prefer sport seats with a firmer cushion and bolstering that holds you in place will be very disappointed with the Edge Sport’s seats). I felt fine after long drives on rougher roads, but I was avoiding potholes the whole time. Of course, that firmness is designed to provide better handling and I found the Edge Sport did seem to have marginally less body roll and marginally better handling than a standard Edge.

Of course, with 22-inch rims I really had to avoid potholes. For those who don’t spend their time studying wheel sizes, let me offer this layman’s translation of how big a 22-inch rim is: It’s embarrassingly large. It’s large enough that your friends who don’t know anything about cars will laugh and say “Whoa, look at those wheels!”

It also means that, on a rough road, you have a good chance of damaging the wheel (because there’s not a lot of tire rubber to cushion impacts), and you would likely spend a lot of money replacing a 22-inch rim.

Perhaps if I had smooth roads around me this wouldn’t bother me so much, and one can swap out 22-inch wheels for something different, but that would be one less reason to buy the Sport in the first place. What’s not easy to reconcile is the engine. It’s not that the Edge has a bad engine — it was great moving around town and at highway speeds, and it’s mated to a very good six-speed transmission. It’s just that if I’m spending more than someone who bought a regular Edge — for one called “Sport” — I want a bit more power.

While I was disappointed with the rims and the lack of an engine upgrade, I did like the Edge Sport’s steering. It was easy to maneuver through parking lots, and at speed it had enough resistance to feel “solid” and inspire confidence. Some cars offer a lot of power-steering boost so they feel good in parking lots, but that makes them feel twitchy on the highway. Others feel great on the highway, but are a chore to steer at low speeds. The Edge Sport’s steering felt just right, and appropriate for the type of vehicle it is. That steering made it easier to put the Edge exactly where I wanted to.

Inside
Being able to confidently place the Edge where you intend to is important, because it’s quite wide and the nose drops sharply away at the front. It takes a while to get used to parking in narrow spots. Also, I had a very hard time telling exactly where the front of the car was — and that’s not just me, either; all my passengers said the same thing. Is this an end-of-the-world flaw? Nope, and I imagine if you have the car for a long time you get used to where the nose ends. I do think the Edge might be a challenge for novice drivers, so parents with spawn of driving age should keep that in mind.

The interior is a mix of nice materials and good fit and finish. Sport models give you a different center control panel that looks pretty cool from a distance — almost like carbon fiber. When you look closer, you realize the texture comes from the word “sport” being printed over and over again. Also, despite this being a Sport version, there’s no dead pedal (a place to rest your left foot when you’re driving). If you’re cornering aggressively, or even just driving around town, that extra foot support is welcome.

I should also note that our test vehicle came with Ford’s Vista Roof — a mammoth sunroof that opens up the space over two rows of seats. I didn’t get to test it during a hot week, so I don’t know if you’d bake under the tinted glass. It’s a $1,595 option, however, so it’s not one to consider lightly.

Exterior
I’ve gone over the wheels, and as for the Sport’s exterior body pieces, they have the effect of making the Edge look bigger. I put that down to the “lower edge” of the car being body-colored, rather than black (or dark gray) as other Edge models are. It’s a matter of taste, of course, but I like the regular, smaller-looking Edge body more than those with the Sport body kit.

Note that opting for the Sport model restricts your color choices to red, silver, blue and black.

Safety
The Edge gets a rating of Good — the highest rating — in Insurance Institute for Highway Safety frontal-offset and side-impact crash tests.

All Edge models come with an electronic stability system, plus Ford’s Roll Stability Control, which senses the start of a rollover and tries to keep it from happening.

In addition, side-impact and side curtain airbags are standard. For 2009, there’s a new SOS post-crash alert system that unlocks the doors, honks the horn and flashes the hazard lights after a collision. (See a complete list of the Edge’s safety features here.)

Edge in the Market
Setting aside other automakers, I think the Edge Sport’s biggest competitor is the Ford Edge Limited. That’s because the Limited makes standard many comfort and convenience features that are optional on the Sport, yet the Limited is cheaper.

Examples include a six-way power driver’s seat, a fold-flat front passenger seat and heated mirrors. There’s also dual-zone automatic climate control on the Limited, but the Sport has manual A/C. You can get all these features on the Edge Sport; you just have to pay more for them. In other words, you’re paying a pretty steep price for the sport-tuned suspension and big wheels. (See Edge trim levels compared side-by-side.)

The Edge in any trim only seats five people, and that puts it at a disadvantage compared with midsize crossovers that cost about the same and seat seven, such as the Toyota Highlander, Honda Pilot or Hyundai Santa Fe. Now, to me, only having seats for five isn’t such a big deal, because most third-row seats are uncomfortable and hard to get to. But it seems more and more folks want to carry more and more folks with them wherever they go. The Edge isn’t for them.

In the end, the Edge Sport feels like a compromise in which designers tried to make a crossover marginally more sporty. They didn’t include aggressively bolstered, firm seats and they didn’t goose the engine, which means they also didn’t make the Edge undrivable in the real world. There’s something to be said for that, but I kept finding myself asking, “Why is this model the most expensive Edge? Is it worth the extra cost for the big wheels and sport suspension?” I’d just as soon save some money and get an Edge Limited with smaller wheels and more features.

So far am very happy. The sun roof is the best. I love the leg room and heat and air work great. I have to say this is the prettiest car I have ever owned.

Happy Mom and her Great Dane

This car makes me feel safe! It fits me. I feel comfortable and in control. It suits my needs in more ways than I ever expected. I have a great dane and now she can have her own moon roof.

Rating breakdown (out of 5):
2 people out of 2 found this review helpful. Did you?
Show full review
4.5

December 28, 2019
By Ashley from Plain Dealing
Test drove this car

It is everything I want in a vehicle, great gas saver, very stylish and dependable! I would recommend to any car buyer, buying experience is wonderful!

All model years for the Ford Edge 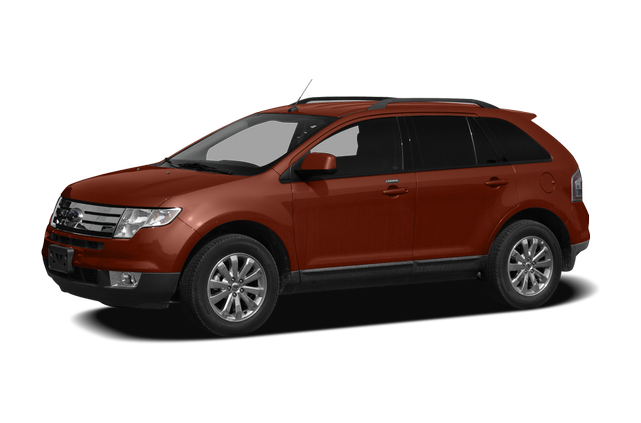 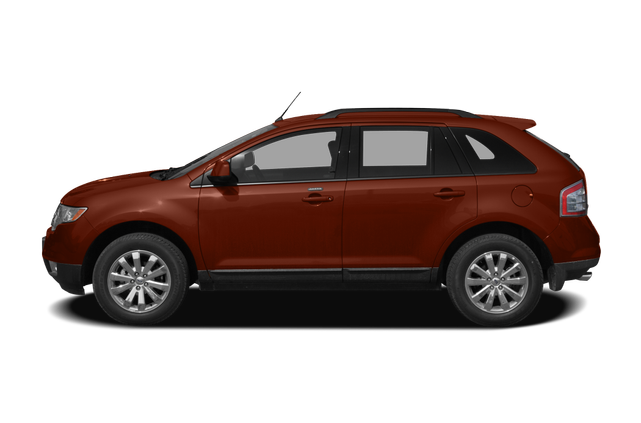 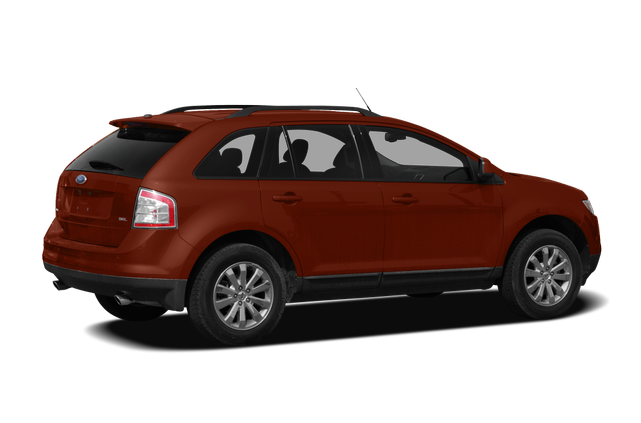 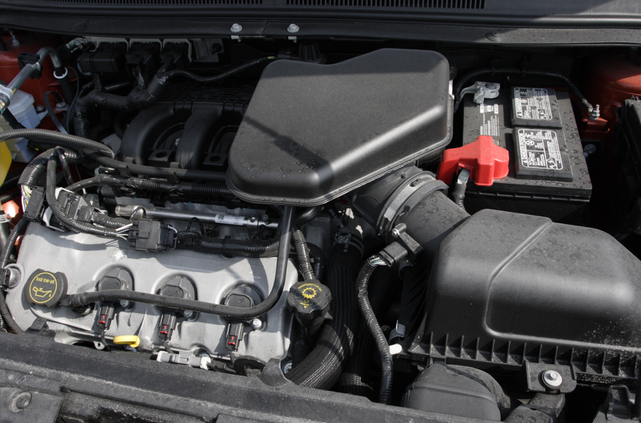 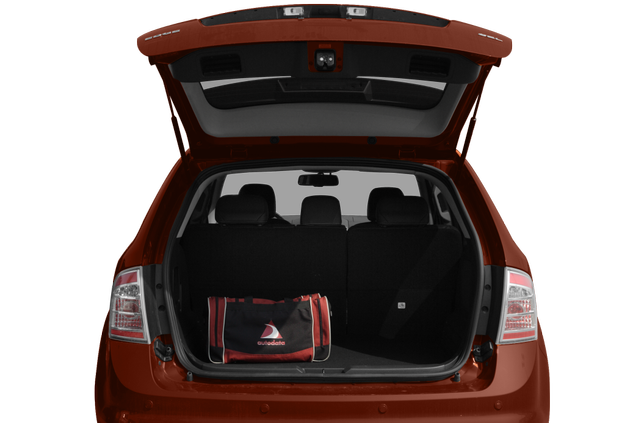 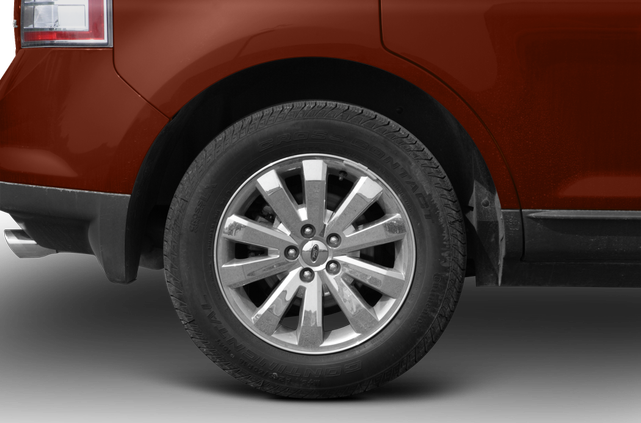 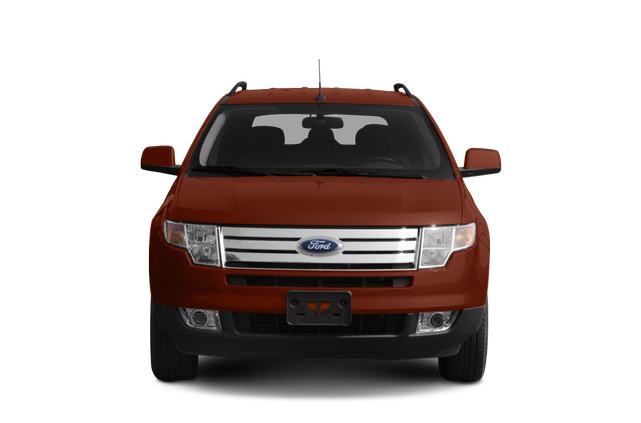 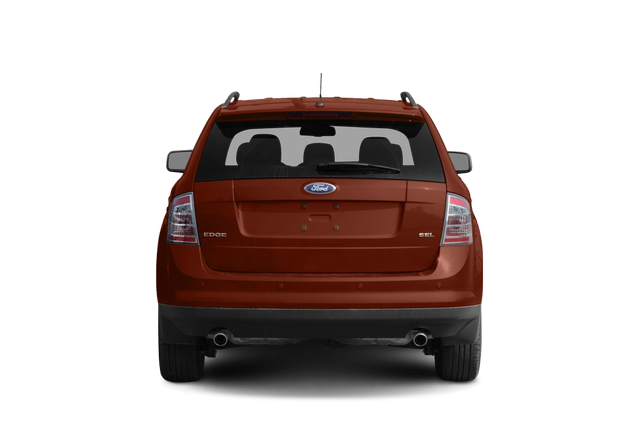 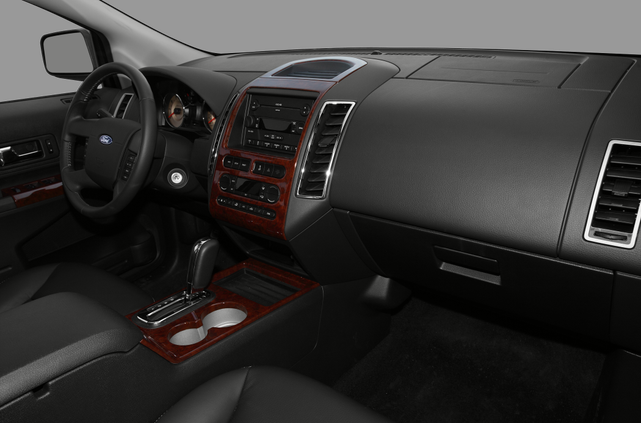 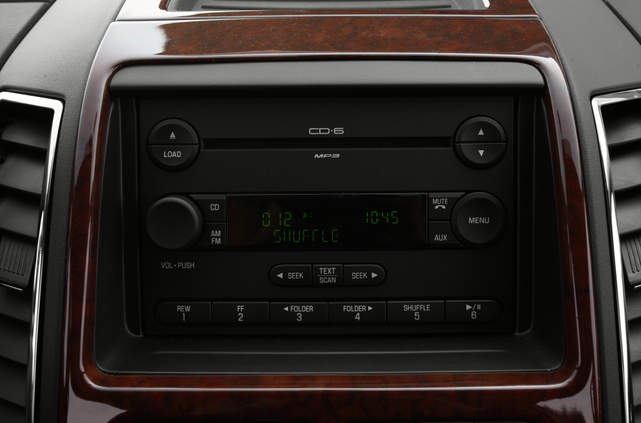 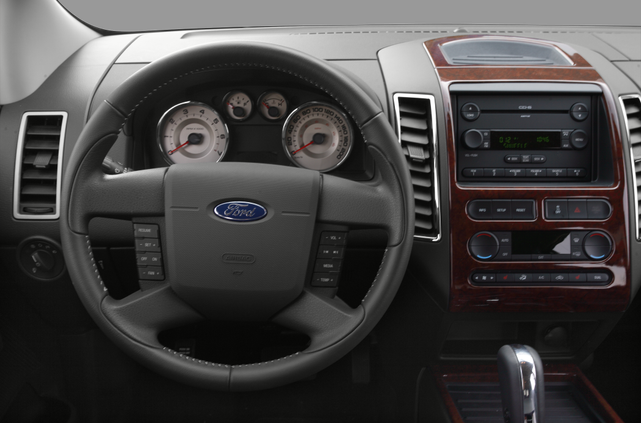 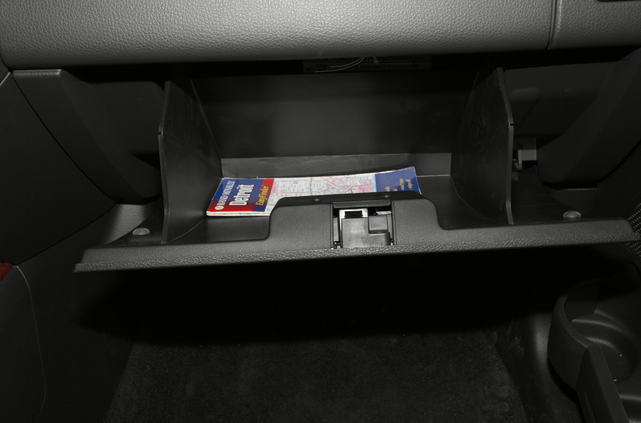 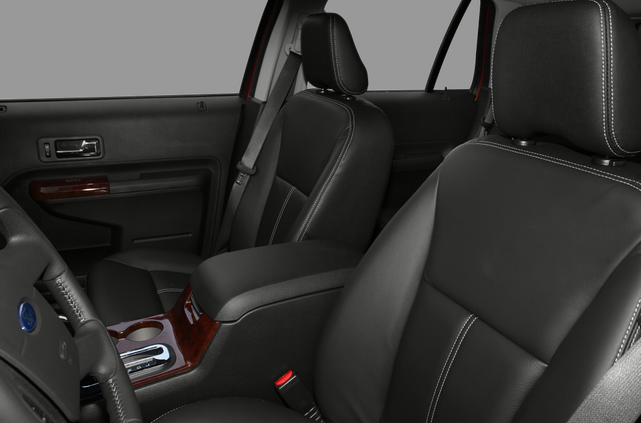 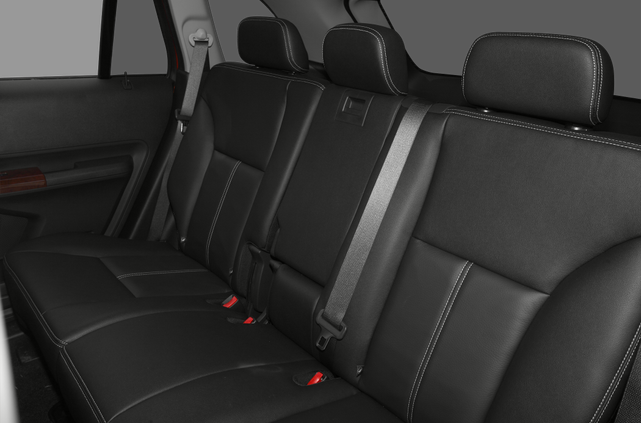 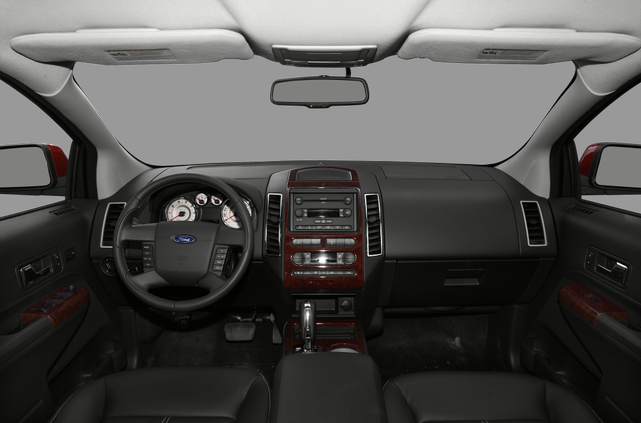 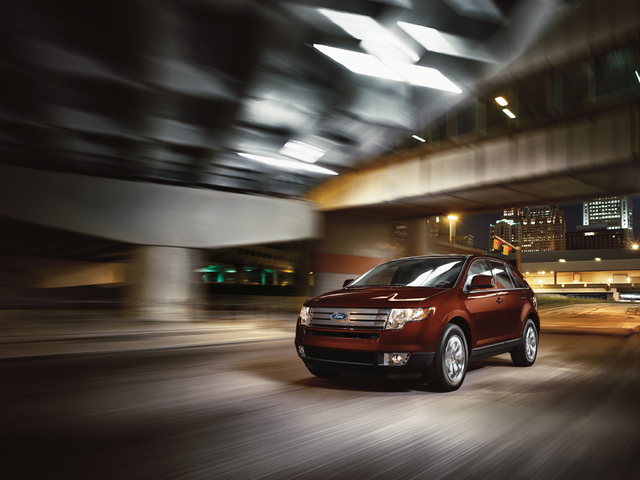 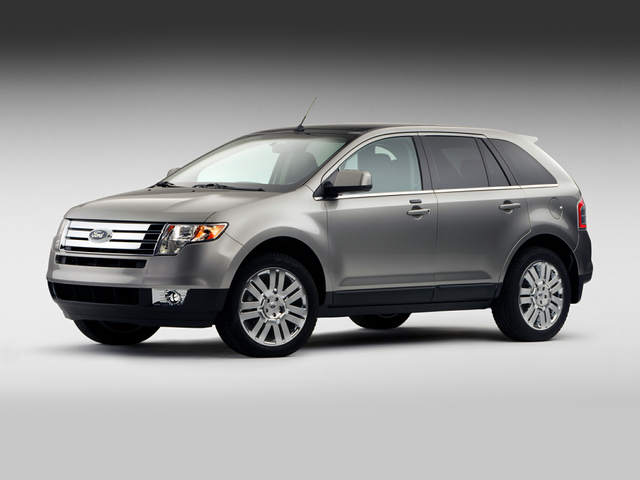 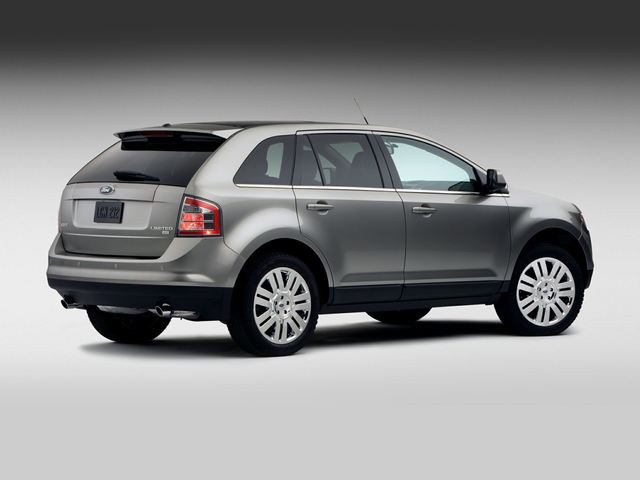 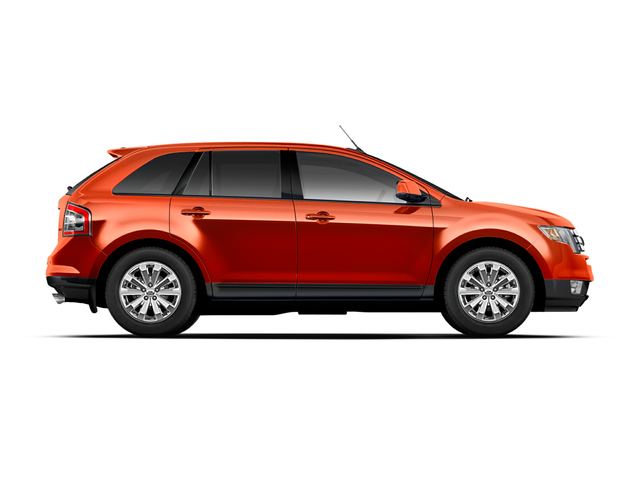 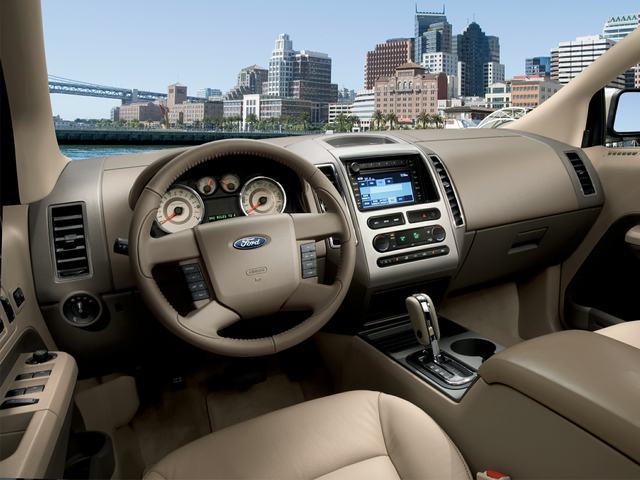 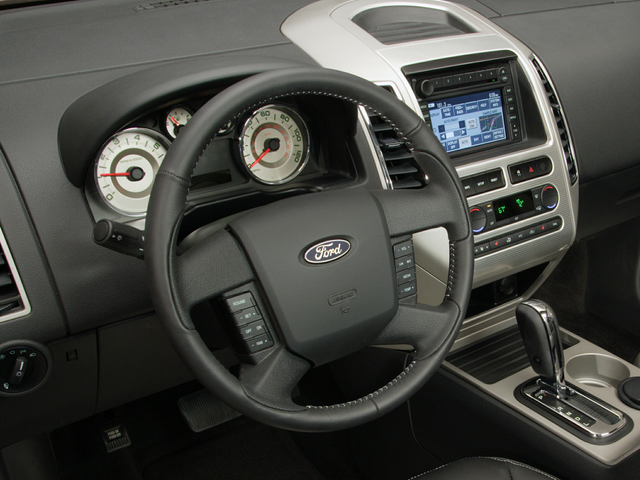 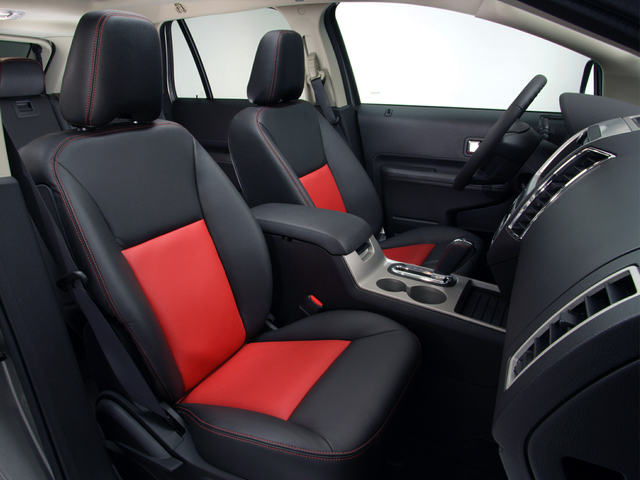