Our 2013 Ford Edge trim comparison will help you decide.

The 2013 Ford Edge is a solid, if flawed, model in the highly competitive family SUV category. It rides and drives well, but is ultimately let down by the unreliability of its electronic gizmos.

Midsize SUVs are a common sight on American roads these days, having largely taken over for minivans as the top body-type choice for family-hauling duties. In the Ford lineup, the five-seat Edge occupies the middle ground between the compact Escape and the larger Explorer and Flex. The Edge has been around a while, introduced for the 2007 model year and last given a major update for 2011, when it got a new front and rear end and an upgraded interior featuring Ford’s controversial MyFord Touch multimedia system. No major changes were made from 2012 to 2013, but the popular SUV didn’t really need any, as its update for 2011 prompted many automakers to scramble in an attempt to catch up. Now that so many competitors have come up with their own new models, we figured it was time to take another look at whether Ford’s family-hauler is still fit for duty.

Power Aplenty & Choices Too
The Edge offers three engines — a level of choice uncommon in the American market. The base engine is a strong, 3.5-liter V-6 making 285 horsepower and available with either front- or all-wheel drive (AWD); a turbocharged, EcoBoost 2.0-liter four-cylinder engine is an extra-cost option on front-wheel-drive models only. The EcoBoost makes 240 hp but is meant to be a fuel economy champ instead of a torque monster. A Sport trim level is available, bringing a larger 3.7-liter V-6 out of the related Lincoln MKX and bumping horsepower up to 305, which can be channeled to either just the front or to all four sporty alloy wheels. All engines are mated to a standard six-speed automatic transmission, and the Ford Edge Sport model adds flappy-paddle manual shifters behind the steering wheel.

Our test model came with the 3.5-liter V-6 engine, which is a smooth and perfectly adequate motor to power the Edge around town and an even better one for highway motoring. Off the line, the Edge feels heavy, with acceleration coming in a smooth but unhurried wave. At highway speeds, the Edge requires a kickdown in the transmission to get adequate passing power but never feels lacking or underpowered. Long-distance interstate cruising is where the Edge truly shines, providing an amazingly smooth, quiet experience.

It’s when the road starts to twist that the Ford Edge feels out of its element. A vault-quiet ride in a straight line turns into a noisy venture through the curves, as the tire scrub in corners is loud and pronounced. Even low-speed tight curves send lots of noise up through the wheel wells. The SUV’s weight feels even more pronounced in such conditions, too, with the Edge rolling on its suspension, feeling tippy and top-heavy. The truck has plenty of electronic safety measures to prevent rollovers and skids, but you’ll quickly realize that this is not a vehicle made for driving with enthusiasm.

Fuel economy for front-wheel-drive models is rated by the EPA at 19/27 mpg city/highway for the base V-6 — not stellar by today’s standards but not awful for the category. The turbocharged EcoBoost four-cylinder engine is meant as the fuel-economy option, rated a better 21/30 mpg, but it costs extra to get the EcoBoost motor, and spending more to save money makes it something of a wash.

Inside
The Ford Edge’s interior was updated for 2011, and it still looks and feels like a modern, quality setting. A soft-touch dashboard with respectable imitation-wood trim combined with leather seating on my test car to present an upscale environment. It’s not as fancy as a Jeep Grand Cherokee, but it’s not quite as low-rent as a Toyota Venza, either. What’s curious is why Ford would pad things that rarely get touched, like the dashboard upper surface, but keep areas that contact body parts (like armrests and door panels where elbows lie) hard plastic. Overall, the interior material quality looks good. Unfortunately, it doesn’t work as well as it looks.

Quibbles are numerous, starting with the elephant in the room: the infamous MyFord Touch system. Ford has done away with many of the switches and controls in the vehicle, replacing them with a touch-sensitive flat panel and voice controls for many systems like navigation, climate control and audio. Ford bills it as high technology, but in reality the touch-panel is simply cheaper to manufacture. The problem I have with the touch-sensitive controls is that you need to take your eyes off the road to use them nearly every time, both to ensure you’re hitting the right spot on the console to turn on the climate control or switch on the defroster, as well as to make sure you’re not accidentally hitting the wrong button. There is no tactile feedback, so you have to look to see if a corresponding light is illuminated. You can try to operate these systems with your voice, but in the Edge that worked maybe one attempt out of every three — a success rate backed up by others in our office. The whole thing just doesn’t work as well as it should and remains a poor solution to a problem nobody had.

To Ford’s credit, the company has realized that the touch-panel movement just isn’t taking hold and has announced it plans to reintroduce buttons to models as they come up for redesign in the next couple of years. Finding oneself sinking rapidly through initial customer quality surveys can be a powerful motivating force, it seems. See the story on that here.

Seats are my next complaint, and it’s a common one with Fords: The front seat bottoms are too short, lengthwise. They don’t even extend to mid-thigh, making it feel like you’re sitting on the edge of the seat all the time. I’ve had the same experience in the Fusion, Explorer and Taurus, as well, but oddly not in the Flex. There’s also no lateral support in the Edge, meaning turns throw you against the door unless you brace yourself. The rear seat cushions are low and very pillowy, making passengers sit in a knees-up position that might get uncomfortable during a longer voyage. For some reason, Ford is using a European-style turn-signal stalk in some of its cars but not in others. When activated, it doesn’t stay in position but rather bounces back to neutral, even if the turn signal is blinking. It’s another cost-saving measure designed to communize parts among Ford globally, but it feels awkward and out of place on an American-brand vehicle. (Even most European luxury cars don’t use it here.)

On the upside, a high seating position and lots of upright windows aid in viewing around the vehicle. Cargo room is average among competitors, with a spacious rear area that gets even bigger and more useful when the rear seats are folded. That action could not be easier to accomplish, with two buttons in the cargo area of our Ford Edge Limited that motored the seatbacks down or up with a simple touch.

Safety
In National Highway Traffic Safety Administration crash-testing, the Ford Edge scored better in side-impact crashes than in front impacts, earning three out of five stars in the frontal and four stars in the side impact. Regardless, the Edge earned a four-star overall rating. The Insurance Institute for Highway Safety rated the Edge a Top Safety Pick, scoring it Good in all relevant tests. The Edge features dual-stage front airbags, front-seat side airbags and side curtain airbags for all passengers. Electronic stability control is standard, and a backup camera with backup sensors is optional. See the Edge’s safety ratings here and all its safety features listed here.

Edge in the Market
Pricing for the Ford Edge is typically on the higher end of the spectrum, as most Fords tend to be these days — before the common rebates are tacked on, anyway. Base price for the cheapest Edge, the Ford Edge SE trim, is $28,595, with the midlevel Ford Edge SEL trim ringing in at $31,995 (all prices include an $895 destination charge). All-wheel drive (AWD) is a $1,950 option on every trim level.

My test car was a Ford Edge Limited trim with front-wheel drive and had an as-tested price of $37,125. Major options were a blind spot warning system for $480 and the voice-activated navigation system for $795. Features like dual-zone climate control, a backup camera, satellite radio, leather seating and power-folding rear seats are all standard on the Limited.

There are a lot of contenders in the marketplace that are similar to the Ford Edge in price and function. Main competitors are other five-passenger, front-wheel-drive, car-based SUVs like the Hyundai Santa Fe Sport, Nissan Murano and Toyota Venza, as well as more trucklike offerings such as the rear-wheel-drive Jeep Grand Cherokee. (See the Edge compared side-by-side with its main competitors here.) All of them offer similar amenities, some offer superior handling characteristics and fuel economy — and none of them feature the maddening MyFord Touch system or the touch-sensitive consoles. In fact, most now offer multimedia systems with voice commands that operate better than Ford’s, which is ironic considering Ford was a pioneer in these systems. To its credit, the Ford is quieter than many of these competitors and features more engine choices as well. If you do opt for the Ford Edge, just make sure it comes without MyFord Touch if you want to be satisfied with your purchase in the long run.

I've owned this 2013 Ford Edge SEL limited for almost two years now. I've recently went to change the brakes to learn that all jack-points have been rusted out, and it would cause irreplaceable damage to the vehicle. So, I decided to take its to Ford dealer. And learned that since my vehicle fell outside off the recall, although even earlier models were being included in this recall; mine was not. As well as charging issues and the master cylinder Ford did replace the master cylinder. However my 2013 still sits still without being able to change my brakes due to excessive frame rust. I bought this car in the condition it is in. What can I do about this?

My son and myself has one,his is a 2010 edge 2 wd , mine 2013 edge awd they both are money pitted, No resale value what so ever, we pay alot for them and loosing alot of money if we sale them, it cost to much to keep them on the road safe without a brake down, don't waste your money's

Rating breakdown (out of 5):
4 people out of 9 found this review helpful. Did you?
Show full review
4.0

This, by far, is my favorite vehicle I have ever owned! I will buy an Edge for my next vehicle purchase. I always brag about it.

Rating breakdown (out of 5):
8 people out of 8 found this review helpful. Did you?
Show full review
See all 310 consumer reviews 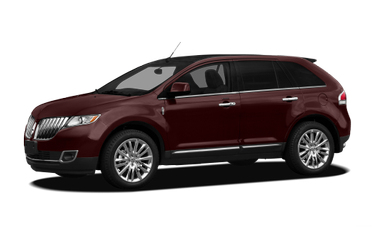 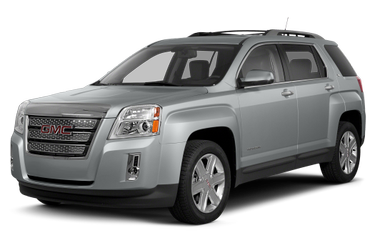 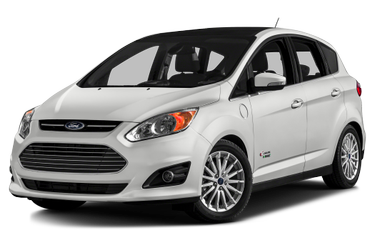 All model years for the Ford Edge 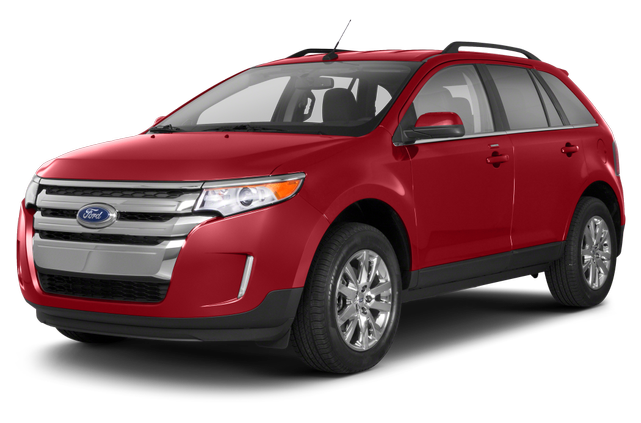 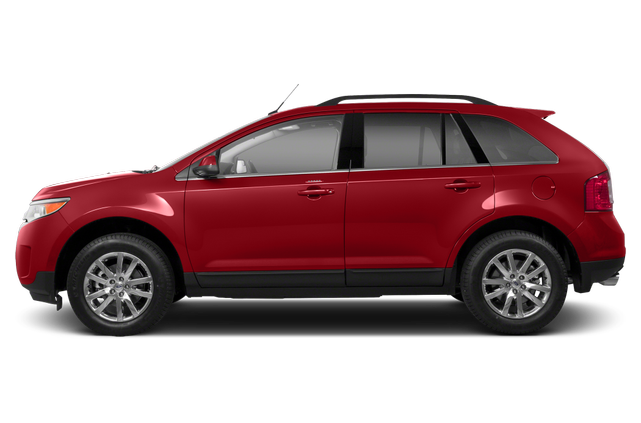 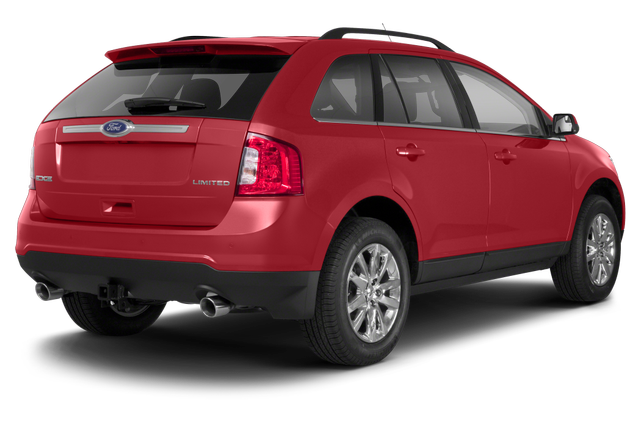 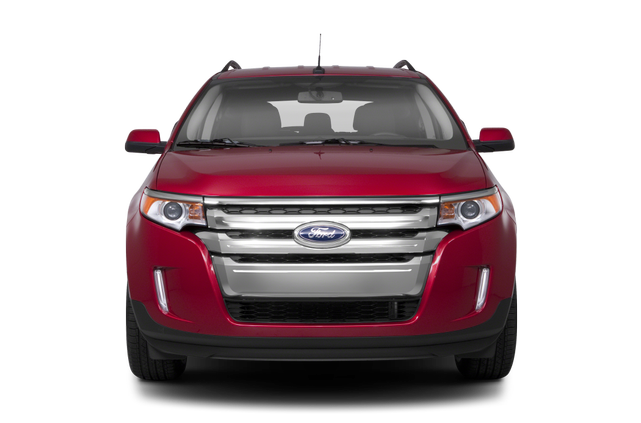 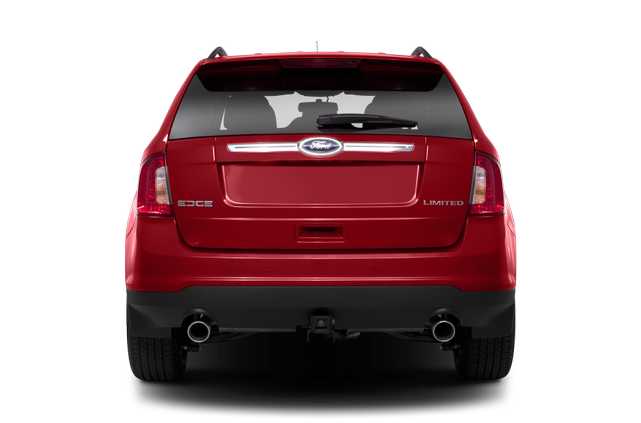 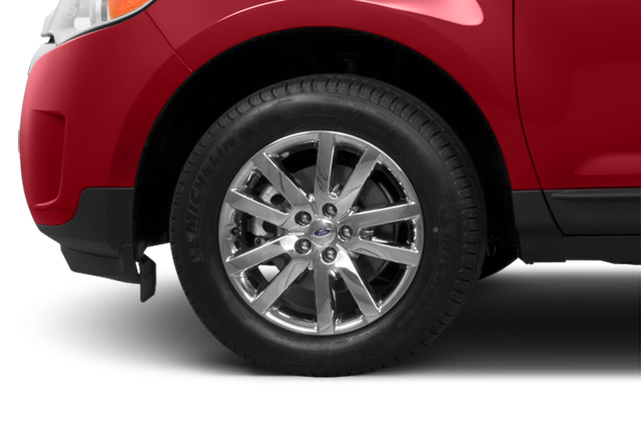 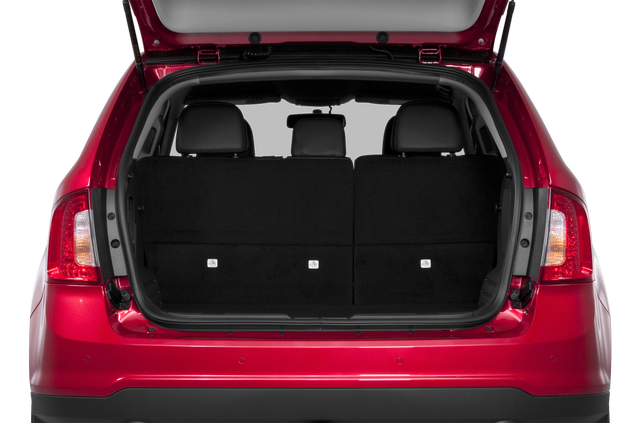 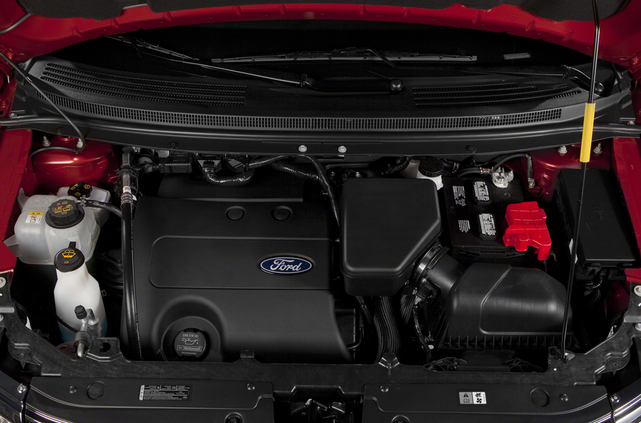 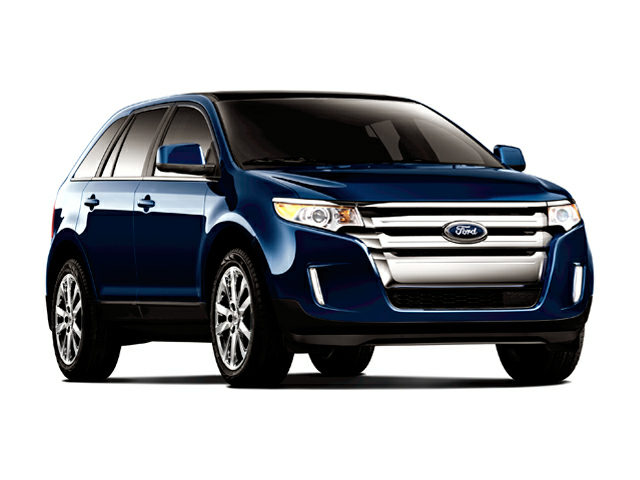 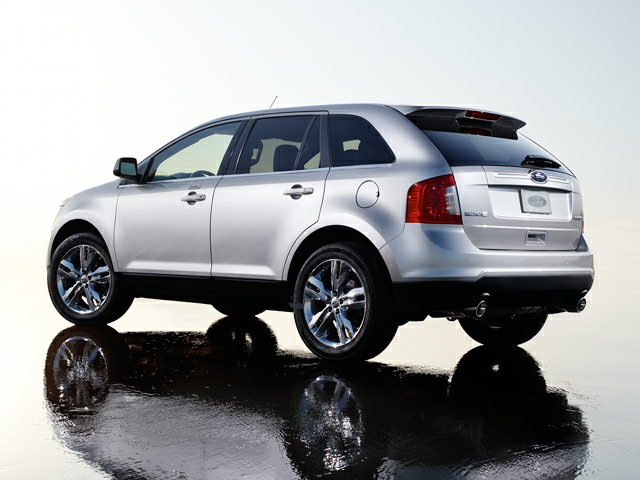 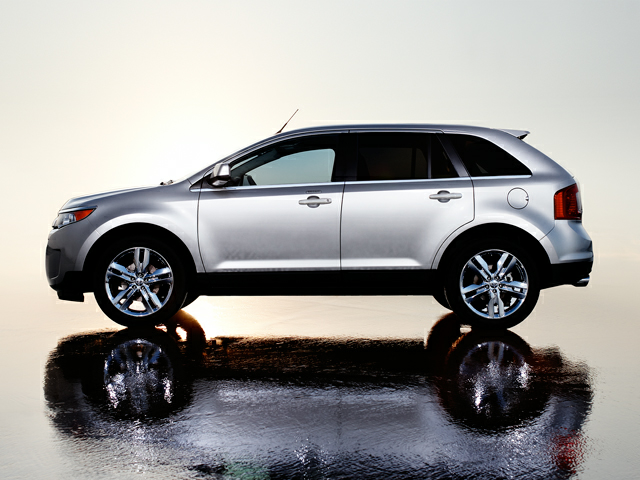 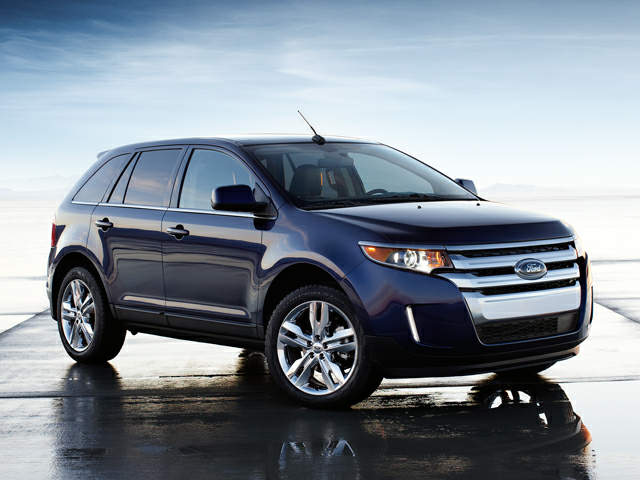 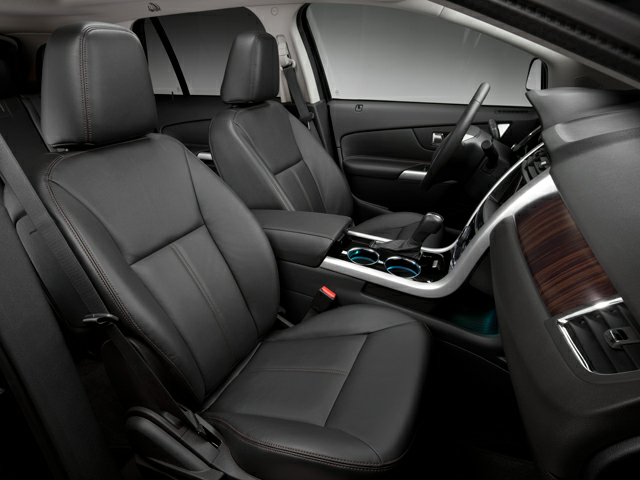 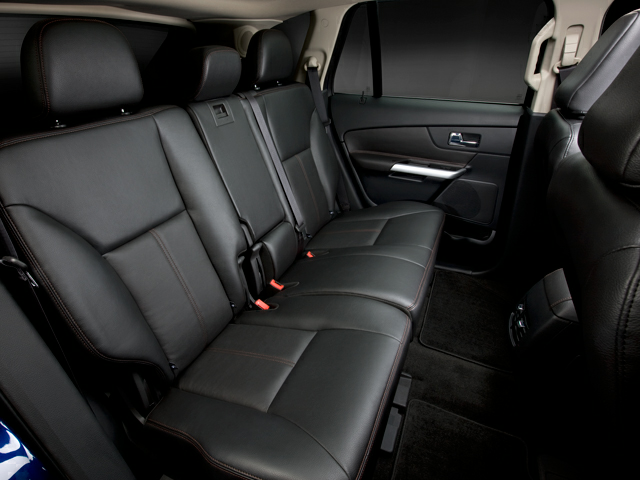 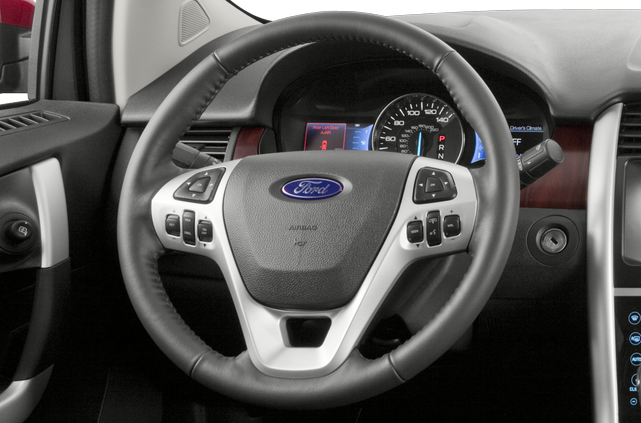 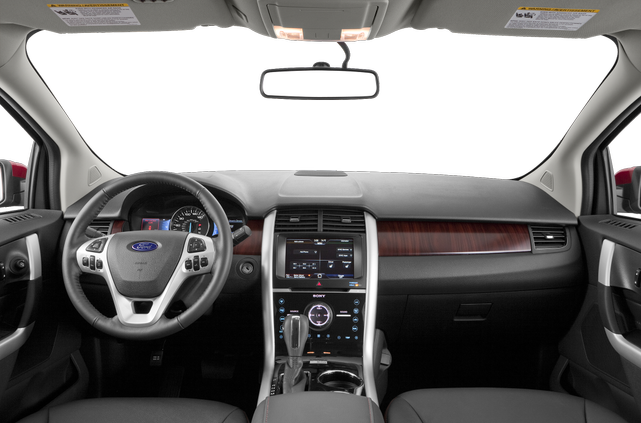 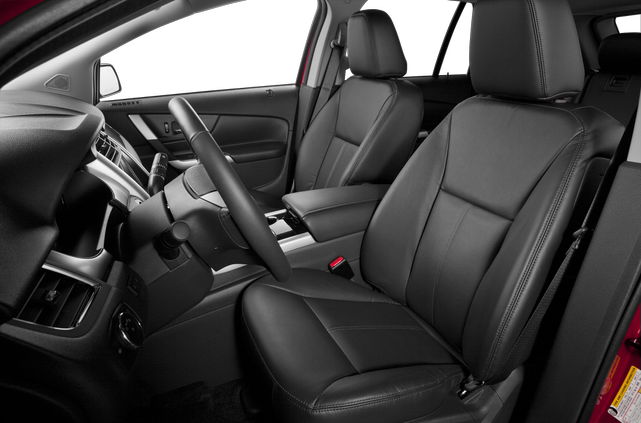 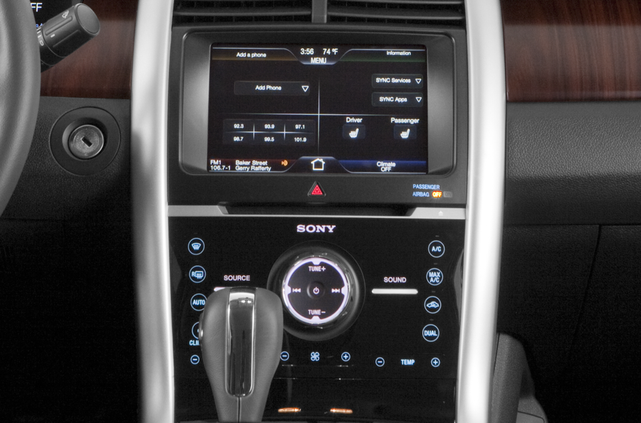 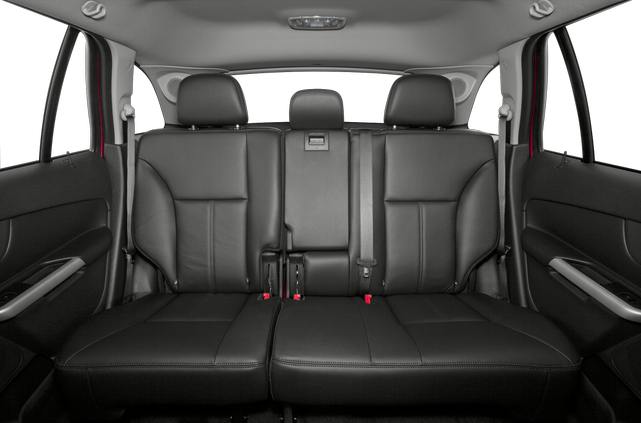 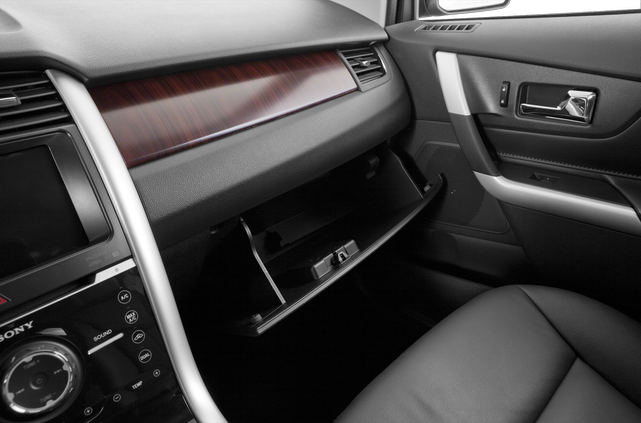 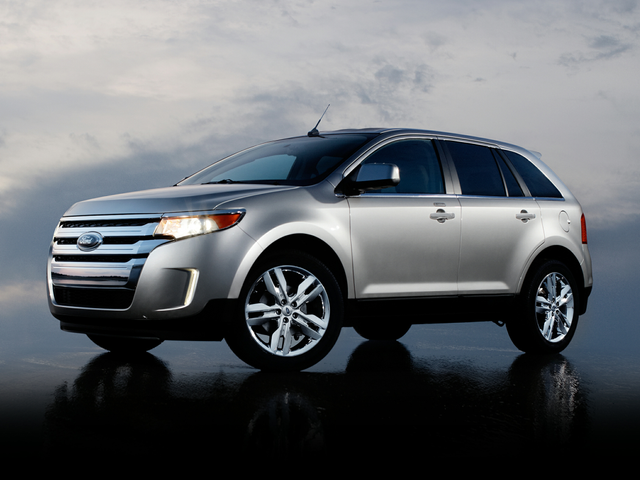 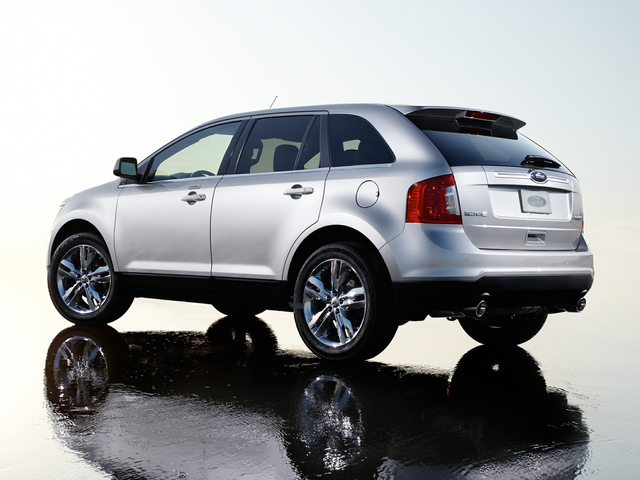 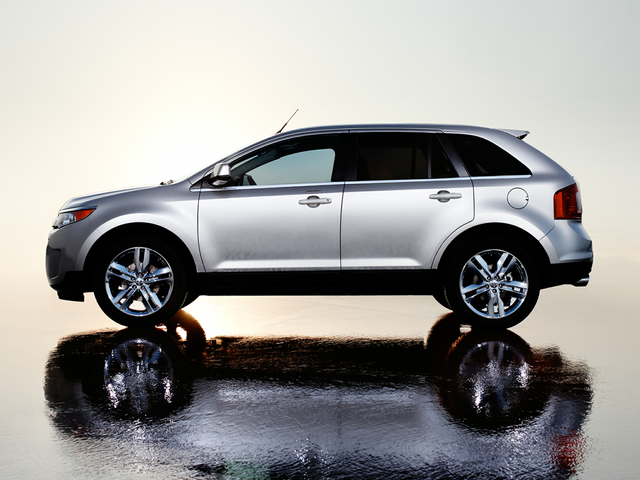 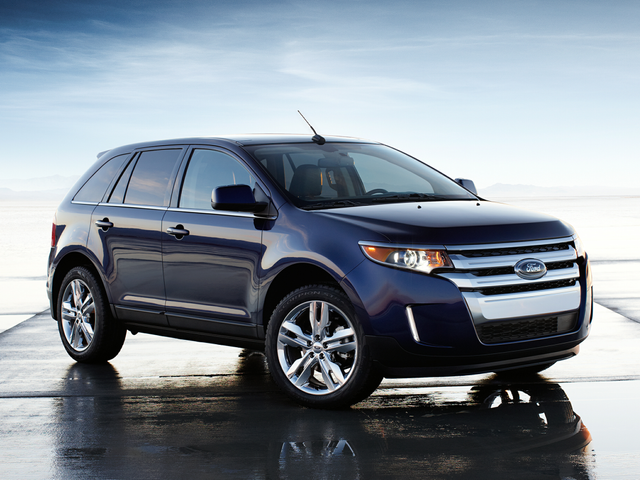 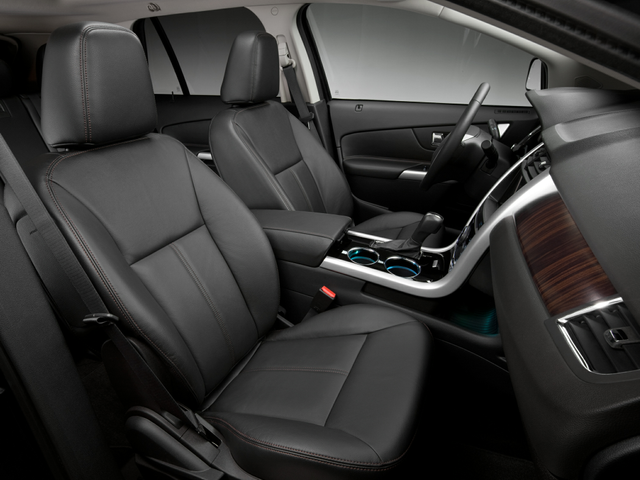 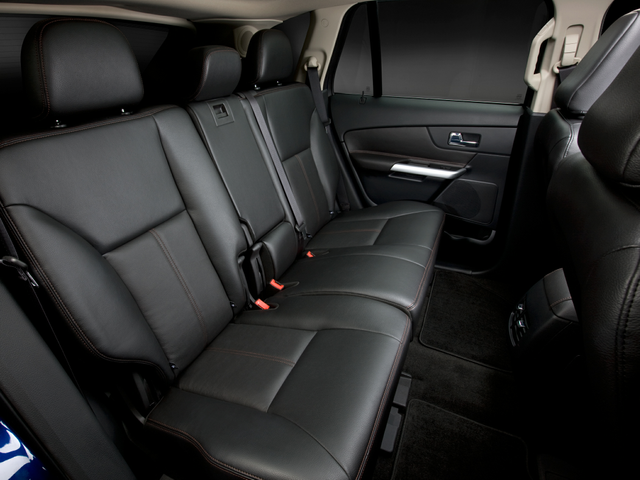