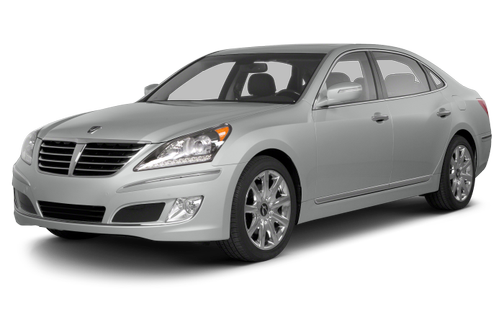 Our 2013 Hyundai Equus trim comparison will help you decide.

Editor’s note: This review was written in August 2012 about the 2012 Hyundai Equus. Little of substance has changed with this year’s model. To see what’s new for 2013, click here, or check out a side-by-side comparison of the two model years.

The Equus is a strange animal in that it sounds great on paper, performs well on real-world roads, yet still doesn’t live up to its promise.

Have you ever wanted to pilot a luxury limousine designed for intercontinental tastes and sporting 429 horsepower under the hood, plus every luxury feature you could ask for, at a price tag of under $60,000? Perhaps it comes as a surprise that there is such a thing … and it’s made by Korean automaker Hyundai.

I recently reviewed the 2012 model, though a 2013 is heading to dealers now. There are no significant changes between the two models. You can compare them here.

Imported From Seoul
There are two things holding the Equus back from being a success (it sold a scant 362 units in July). The first is that the original design of this car was released in Korea three years ago. That means the interior is a step below what Lexus and Acura are producing today. If the leaps Hyundai has made with its other new products show how much it can progress from one generation to the next, a future Equus will challenge premium automakers.

But not today. The Korean influence is apparent to American car shoppers. There isn’t just an ashtray up front, there are two in the rear doors as well. Meanwhile, there are two small cupholders in the front but none in any of the four large doors. The cupholders are so small two drinks from Starbucks couldn’t fit next to each other without fear of the tops popping off and my wife’s “extra hot, no foam” latte scalding everyone in the vicinity.

Then there’s the limousine thing. Overseas, the Equus is sold as a car that chauffeurs the affluent. In the U.S., very few luxury car owners ride; they drive. That means the opulent rear digs, even in the base Equus, will likely be wasted.

Luckily, Equus drivers, American or otherwise, are even more pampered than are the passengers in the back.

Performance
That’s because under the hood is an astoundingly powerful 429-hp V-8 engine. A terrific power plant that I first piloted in the 2012 Hyundai Genesis R-Spec, it replaces the 2011 model’s 385-hp V-8. Like the Genesis sedan, the Equus comes only with rear-wheel drive. Most full-size luxury sedans offer optional all-wheel drive.

It takes no effort to accelerate in the Equus at any speed. Your right foot will never stress, even if you want to peel out from stoplights like a crazed teenager. Also on the plus side, no young whippersnappers in their newfangled (yet retro) muscle cars will expect an Equus to have such brute power.

Luckily, the Equus isn’t a brute in any other sense. When piloted through normal traffic, it cuts through lanes with little trouble. Add just a little pressure to the accelerator pedal, and you can pass that guy texting in the lane next to you. (In fact, you should probably do that in any car you’re driving.) Replacing last year’s six-speed, the new eight-speed transmission smoothly moves up the gears and kicks down quickly, with little jarring when you want some more of those 429 horses. Mileage is rated at 15 mpg in the city and 23 mpg on the highway, which is on par with V-8s in this class.

The power is commanding, yet the ride is beyond comfortable. Remember, the Equus was originally designed as a limousine meant to transport rear passengers in extreme comfort. The driver may feel disconnected from the road in terms of steering feel, though that isn’t a concern for passengers.

Unfortunately, we’re in the U.S. of A., where drivers generally want more feedback from their cars. The Equus has little, and the steering demanded more attention to keep straight than you’d expect in a car like this.

So, while a 10-hour road trip would be as comfortable in the Equus as in any other car on the market, drivers might start getting fatigued with all the steering corrections they’d need to make … even if they just stayed in the same lane.

Interior
Did I mention the interior may be a step behind Lexus? Well, that’s not an overstatement.

Today, automakers are rolling out redesigned and new models faster than ever before. Cadillac’s new XTS full-size sedan just went on sale and has an interior that rivals anything on the road this side of six figures. Not many shoppers would be impressed by the Equus’ dark gray plastic buttons and flimsy-feeling controls after seeing the interior of the XTS … and at a lower starting price, too.

While the feel and quality of the materials is my only complaint, it’s a glaring one.

Otherwise, you’re left with an extremely spacious, open cabin with wide, accommodating seats that are heated and cooled up front.

The backseat is where it’s at, though.

There’s a ton of legroom. With 38.9 inches of rear legroom, the Equus has more than the Lexus LS 460, at 35.8 inches and is just slightly behind Cadillac’s new V-6-powered XTS, at 40 inches. It falls between those two in terms of front legroom, with 45.1 inches in the Equus versus 43.7 inches and 45.8 inches in the LS and XTS, respectively. The Equus is also priced between the two, roughly $10,000 more than a similarly equipped XTS and $8,000 less than a base LS.

There is an extended wheelbase version of the LS that brings it to 37.6 inches of rear legroom at an even higher price. You can compare all four here.

And the trunk — It’s gigantic, at 16.7 cubic feet. The space is a marvel, but I was most amazed at how deep the trunk opening was. I was able to fit a very large, square box — I bought a new garden hose reel — with no problems. It’s just the sort of bulky item most trunks aren’t able to handle. The XTS and LS both sport even larger trunks, 18 cubic feet, but I’m not sure if that’s a differentiator.

Four golf bags and a significant amount of luggage would easily fit, making a nice weekend getaway for two couples possible in the Equus.

If you’re more interested in the power than in the size of the Equus, the Infiniti M56 has nearly as much power, with a 420-hp V-8. It gives up just an inch or two of legroom versus the Equus, with a more dynamic driving experience, thanks in part to its being nine inches shorter overall.

Features
One nice thing about the Equus is it comes well-equipped with no option packages to order. You buy either the base Signature model for $59,900 or the Ultimate for $66,900. Both prices include a $900 destination charge.

The Ultimate adds more equipment for the rear passengers, specifically, the right rear passenger gets a seat that has leg support with built-in massage. Both rear passengers get to enjoy cooled seats, an 8-inch LCD and DVD player, and even a refrigerator in the rear console that replaces the Signature’s middle seat.

Safety
The Equus earned a Top Safety Pick designation from the Insurance Institute for Highway Safety, representing top scores in all crash tests and rollover protection. The Equus has not been crash-tested by the federal government.

The car comes with a number of standard safety features you can find listed here, as well as advanced safety features, like adaptive cruise control and lane departure warning, standard.

Equus in the Market
The Equus is an anomaly in the market, and not necessarily in a good way. It’s a vehicle no one asked for that arrived on U.S. shores already a few years out of date. With new competition leap-frogging already-more-updated models, the Equus simply can’t compete, no matter how terrific the power plant.

January 7, 2020
By They lied from Morrow ga
Owns this car

My Equus is the most solidly built and comfortable car I’ve ever owned. If you are looking for an inexpensive MB or BMW with excellent safety features, carefree dependability and top notch quality features, this is it. I travel 60-70k miles a year and couldn’t be more pleased with Hyundai’s 2013 Equus.

Feel like I stole this pre owned 2013 Equus Sig

Great car. Lots of power in a 429 HP V8. Best value in a luxury car found. Nice car. I bought a pre owned for under $20K that was clean aND then more clean. The wife has now confiscated the Equus. GREAT trip car and 17 speakers make for good concert sound . The pre owned market for these cars are a steal. Really. Do the math on depreciation of the vehicle with 1st owner then 2nd owner and the difference is so in favor on the 2nd owner. Huge.

Rating breakdown (out of 5):
4 people out of 5 found this review helpful. Did you?
Show full review
See all 35 consumer reviews

All model years for the Hyundai Equus 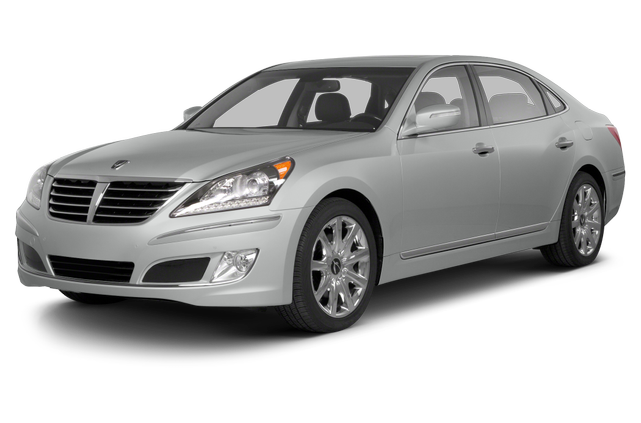 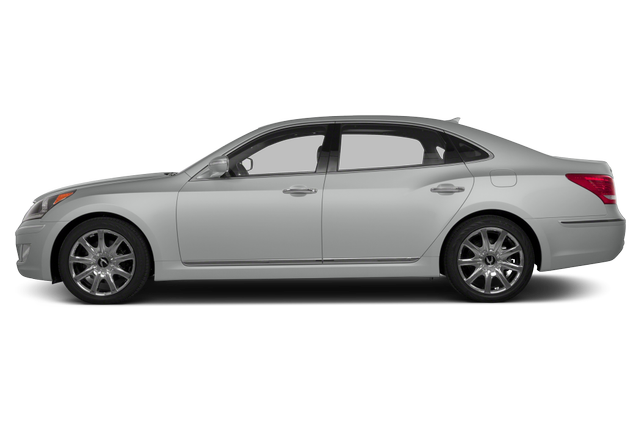 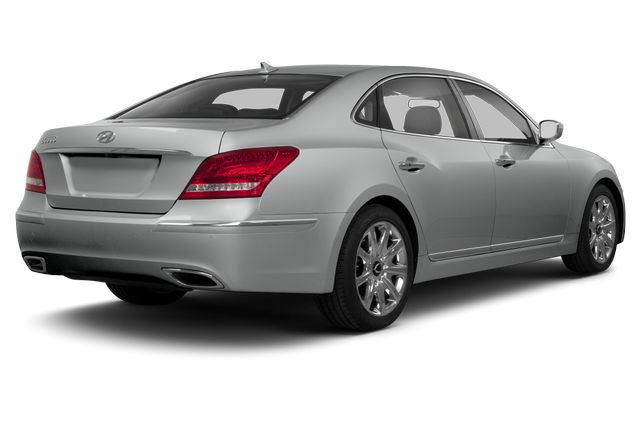 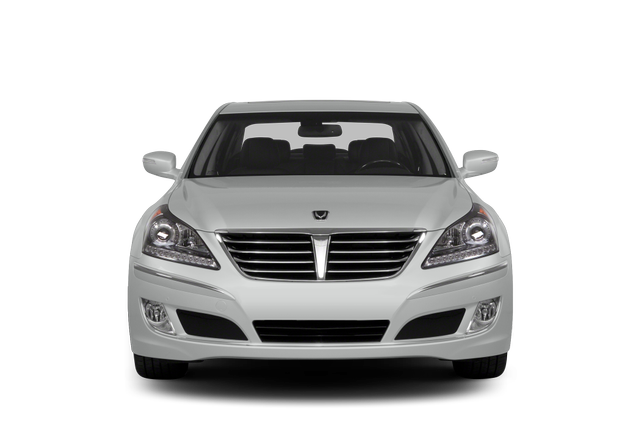 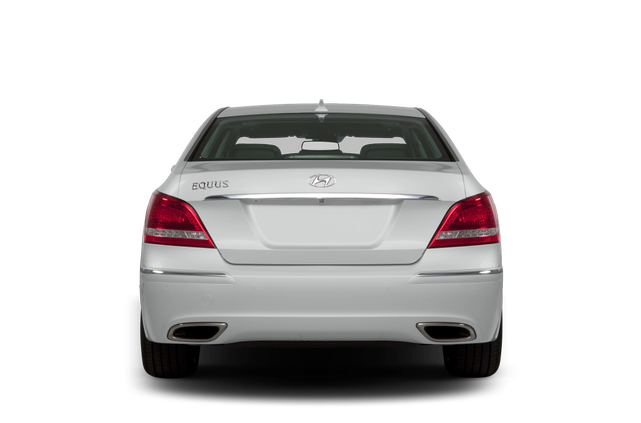 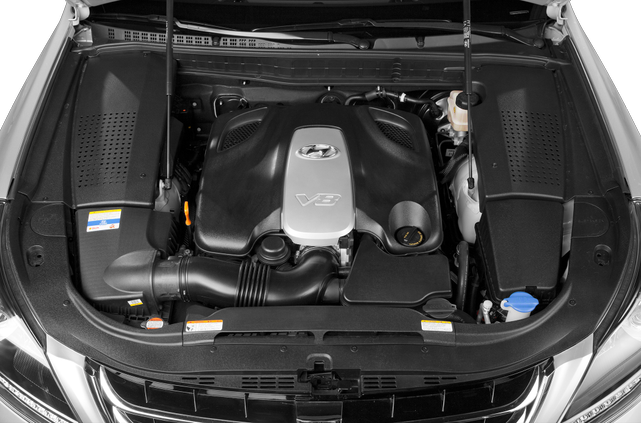 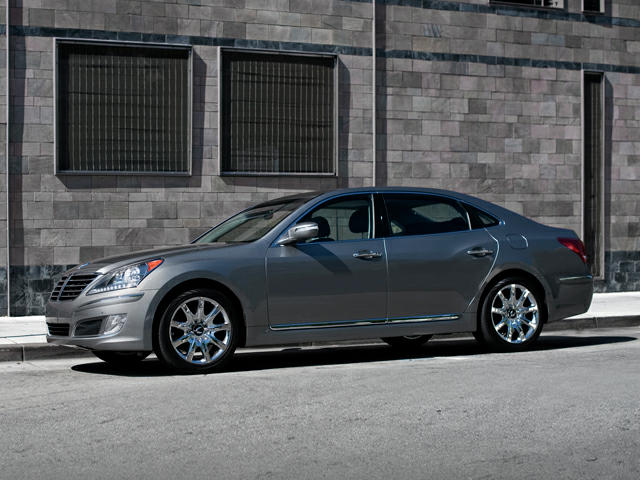 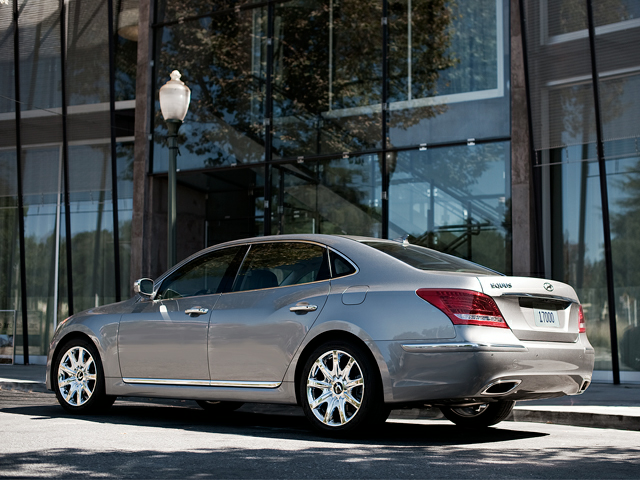 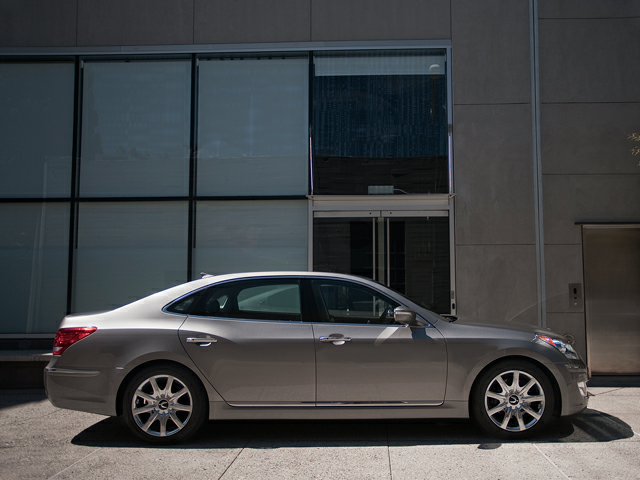 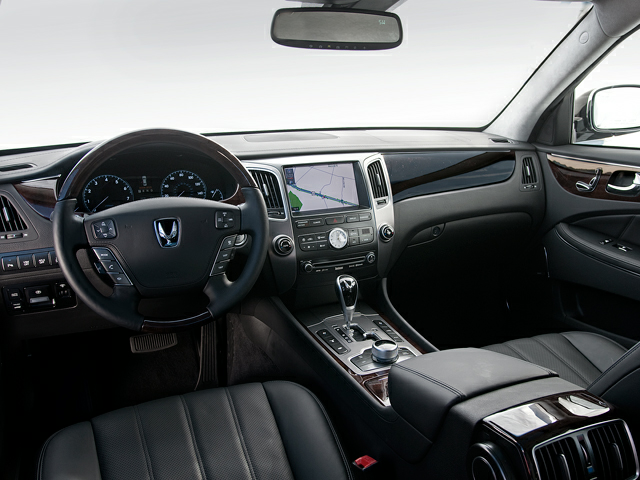 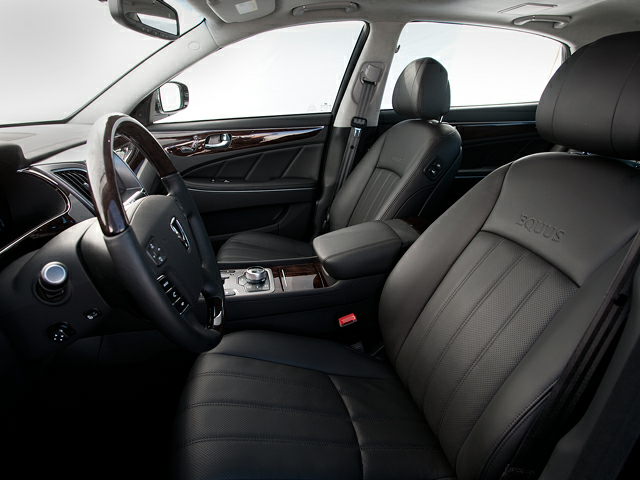 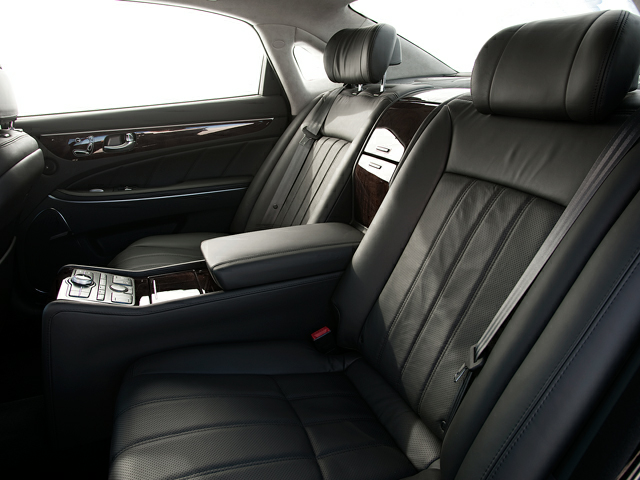 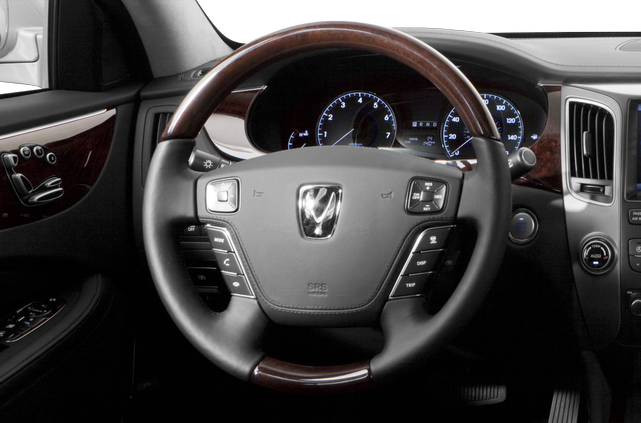 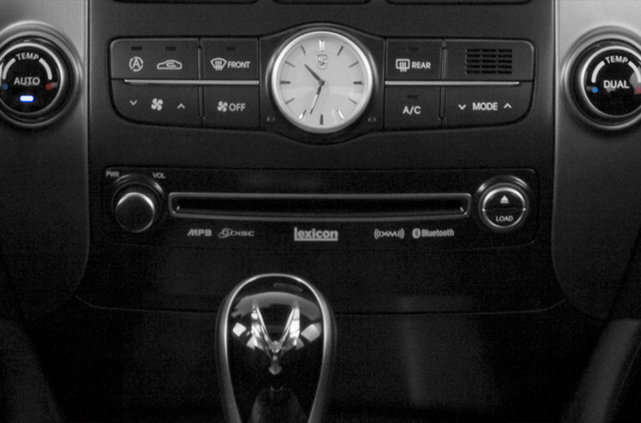 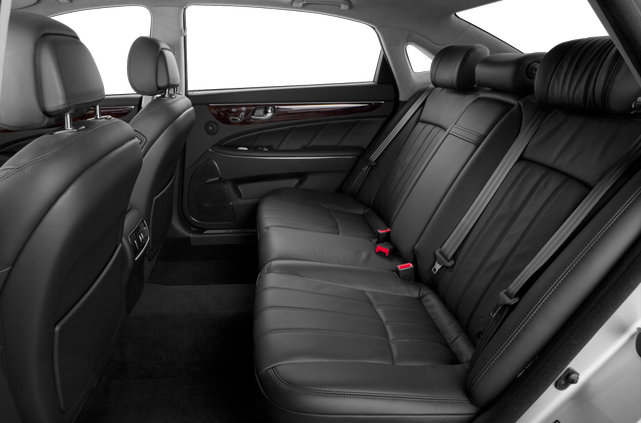 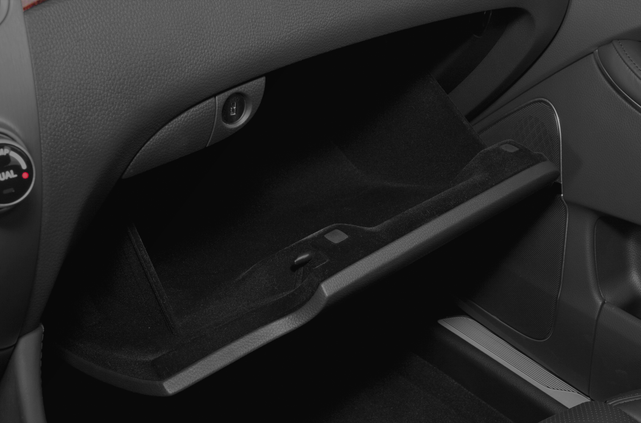 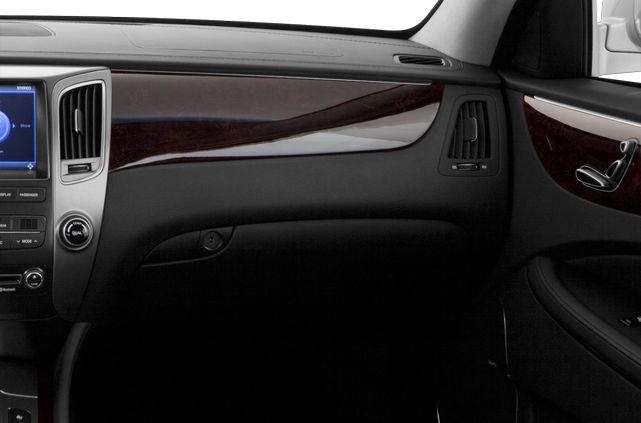 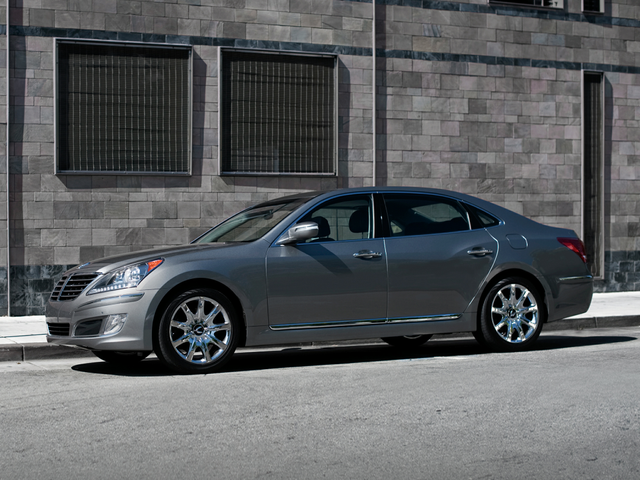 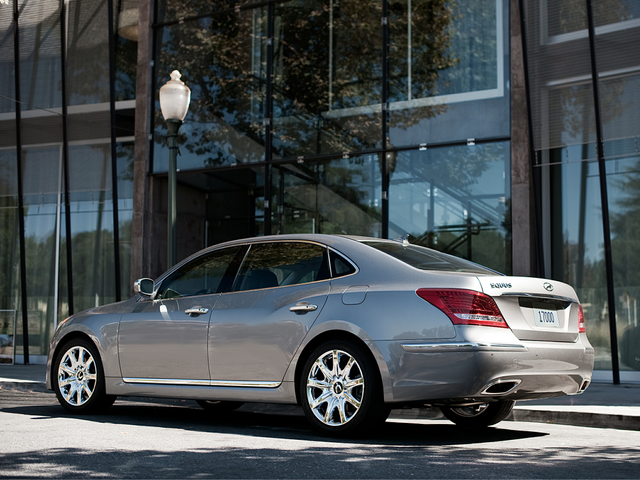 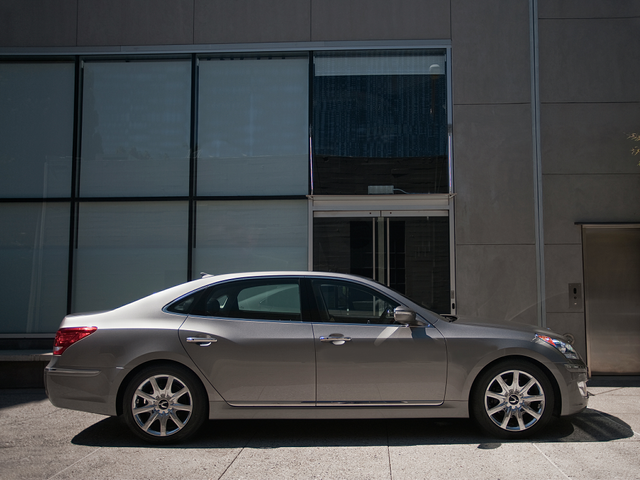 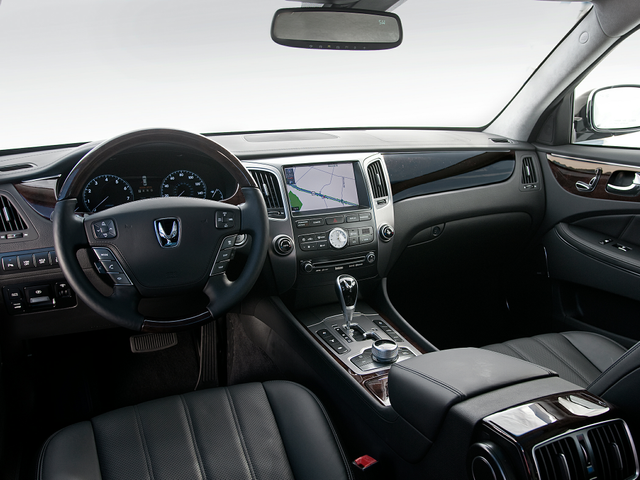 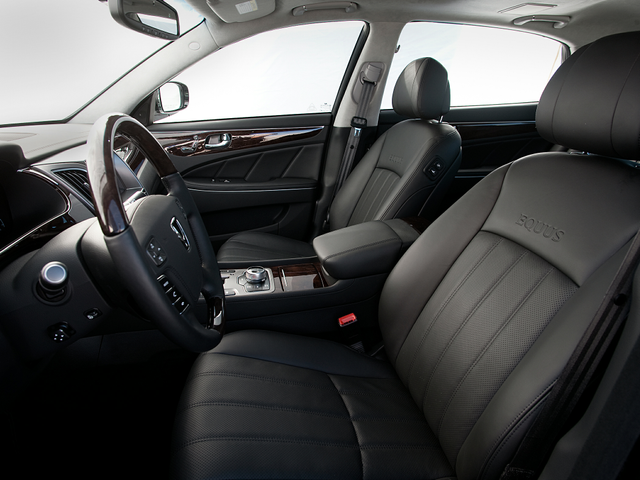 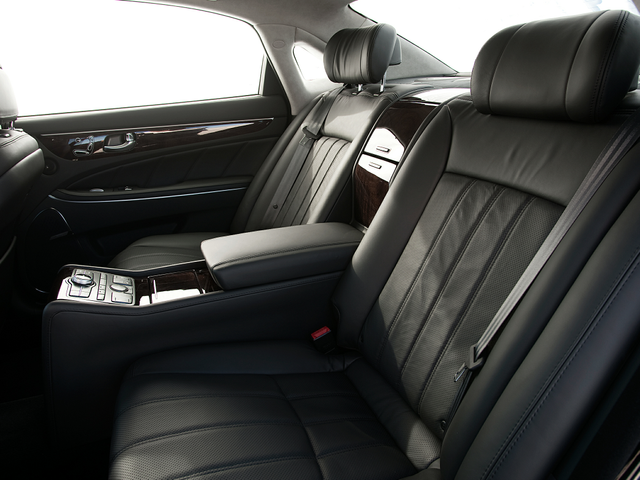